A disinfecting gate that can kill 90 percent of bacteria and viruses in just one minute has been designed by engineers from the Silesian University of Technology.

The device, which in the future will be used in public places such as airports, museums, and train stations is already operating in two hospitals and has been chosen as one of nine finalists of the World Tourism Organisation’s Healing Solutions for Tourism Challenge.

The United Nations World Tourism Organization (WTO) announced the challenge to look for solutions that will help bring the post-COVID-19 world a modicum of normalcy.

Hoping to mitigate the pandemic’s impact on tourism, WTO assessed 1,100 applications from 100 countries. The Polish project is one of two finalists in the Healing for prosperity category.

The decontamination gate is a joint project by employees and graduates of the Silesian University of Technology’s Faculty of Energy and Environmental Engineering and a technological start-up WAAM Machines. 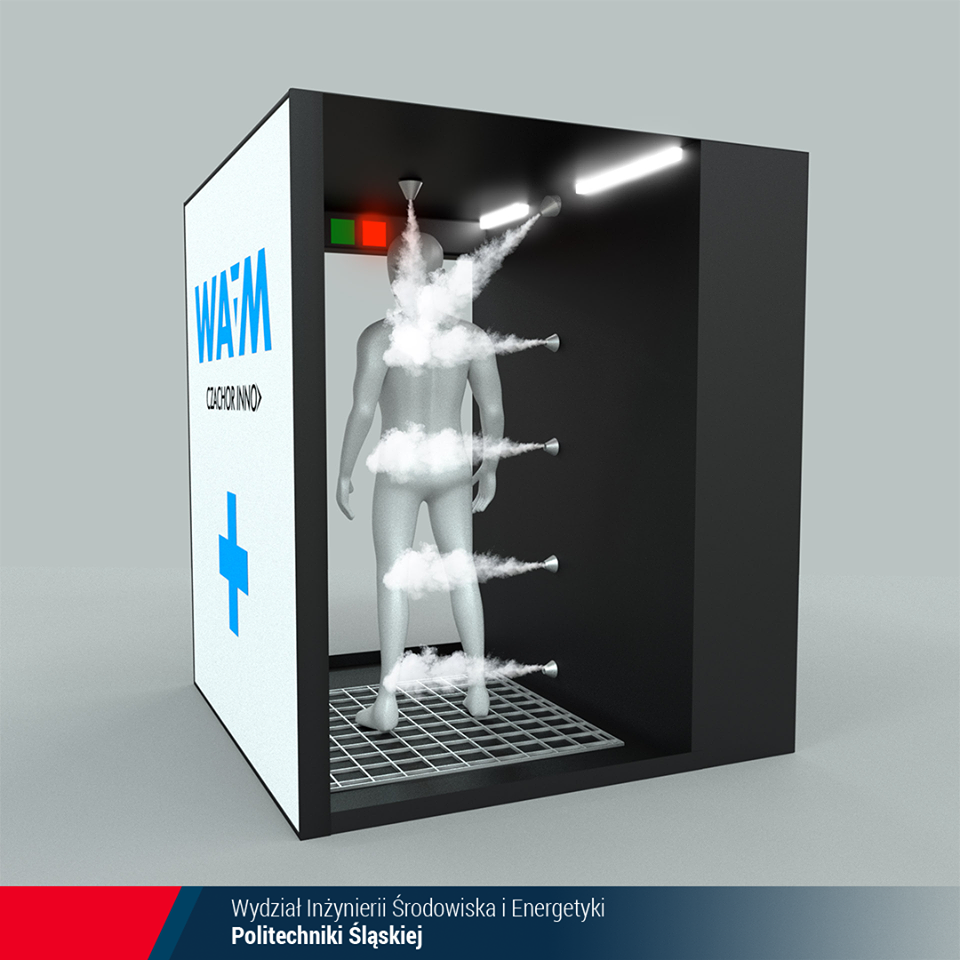 Colourful symbols light up to indicate when the person should make a turn so that the entire suit is covered in the disinfecting mist.Wydział Inżynierii Środowiska i Energetyki Politechniki Śląskiej/Facebook

An eight-person team spent two weeks to achieve the result – the first full implementation of a disinfecting gate in Poland. Now the solution is used in hospitals in Bytom and Kłobuck, with more installations pending.

Dr. Magdalena Bogacka, the project’s coordinator, said: “The main problem identified by our team in the Bytom hospital is the decontamination of medical personnel, for example after leaving the ambulance.

“The rescuer doesn’t know whether or not he had contact with an infected person, and must follow appropriate procedures when taking off the protective suit. This is not easy, we tested it on ourselves in the lab during testing.”

To decontaminate their protective suit, a nurse or doctor enters the gate, which is activated automatically. Colourful symbols light up to indicate when the person should make a turn so that the entire suit is covered in the disinfecting mist.

Then the protective suit can be safely removed. In just one minute, the gate kills 90 percent of bacteria and viruses.

Dr Bogacka added: "At the university, we have been studying disinfectants and their properties in the conditions in which they will have to be effective, i.e. spraying.

“At the same time, WAAM engineers, who are also graduates of the Silesian University of Technology, started to design and build the gate. In total, 8 people are working on this project, but the team is being expanded.” 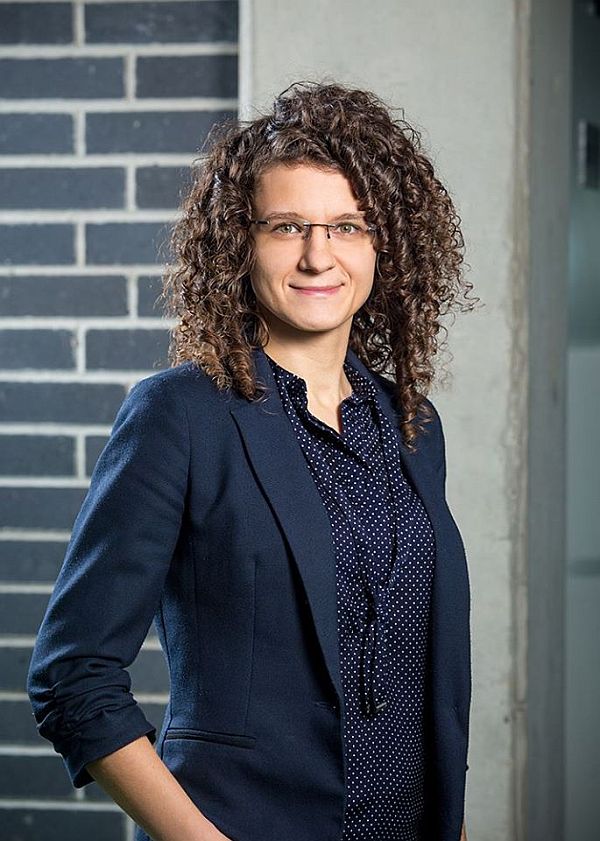 Dr. Bogacka said that the gate kills 90 percent of bacteria and viruses in just one minute.Magdalena Bogacka/Facebook

At the moment, WAAM Machines is producing the Gates using their own resources, but they are already working on outsourcing the process and focusing on R&D.

With 200 orders already waiting, they hope to quicken the manufacturing and help as many medical facilities as possible.

The next gate will soon be constructed in the Gliwice Vito Med clinic.

Restrictions to remain in place despite declines in virus cases