‘Underestimated’ for most of his life, town turns out to celebrate artist on 50th anniversary of his death

A blue villa in the health resort of Krynica has been flooded with visitors following the opening of a new exhibition of the work of one of its most famous residents, the artisit Nikifor.

Beginning today (October 10th) the exhibition, which documents the artist’s life as well as his artwork, runs for a month and will include concerts, workshops and poetry written especially for the artist who died 50 years ago.

In many respects, Nikifor fitted the archetypal image of an artist.

Considered something of a social outcast, for decades he lived most of his life in poverty and isolation in the town of Krynica, in southeast Poland.

When he did start gaining recognition and money, many would try and use him for their own financial gain.

Partially deaf, incoherent and mainly illiterate, it wasn’t until after his death that it was discovered that his real name was Epifanusz Dworniak, and that he was of Polish-Lemko origins. 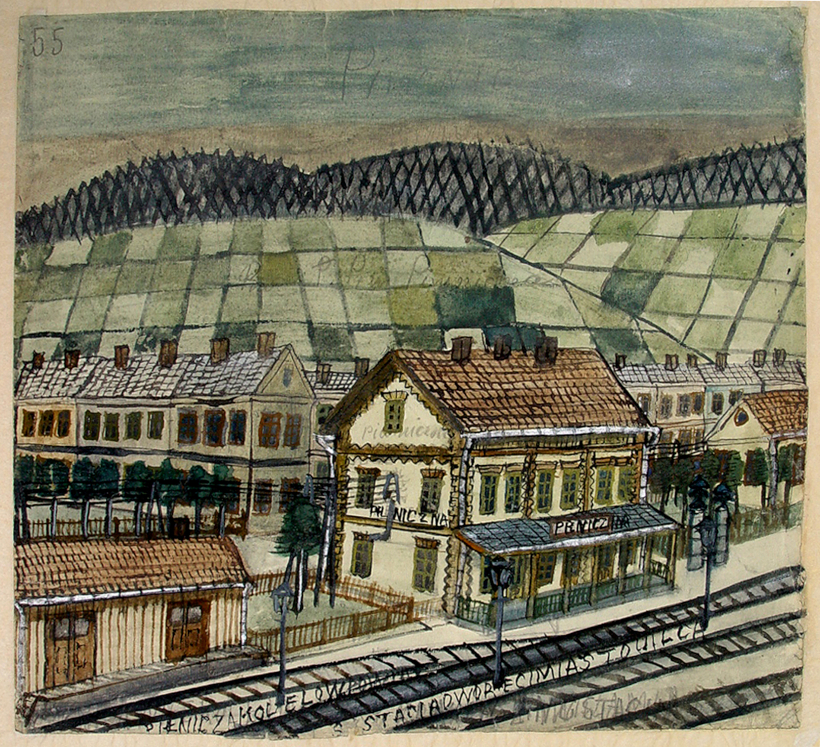 Nikifor never had a real atelier due to lack of money, so instead he worked on scraps of paper, wrapping paper, old posters, pamphlets or just empty cigarette packs. Museum “Romanówka” Krynica

His disabilities prevented him from attending school but, says the exhibition’s curator Zbigniew Wolanin, he found other ways to express himself.

He told TFN: “He was an artistic phenomenon. Illiterate, but an extraordinary natural talent.”

Most of Nikifor’s pictures are watercolours, sometimes combined with tempera or oils.

In his later years  he also did pencil and crayon drawings. He never had a real atelier due to lack of money, so instead he worked on scraps of paper, wrapping paper, old posters, pamphlets or just empty cigarette packs.

His greatest inspiration was the town’s Greek Catholic church. Many of his works are landscapes with the outline of a church in the background. He was fascinated by architecture and by railways.

Wolanin told TFN: “Railway stations were a key subject, connected with travelling by train, which he loved.

“He also did self-portraits, in which he presented himself at work, as an elegant man in a smart dark suit, or as an official in a uniform, or even as a bishop. As if he were trying to compensate in his pictures for the wrongs he had suffered.” 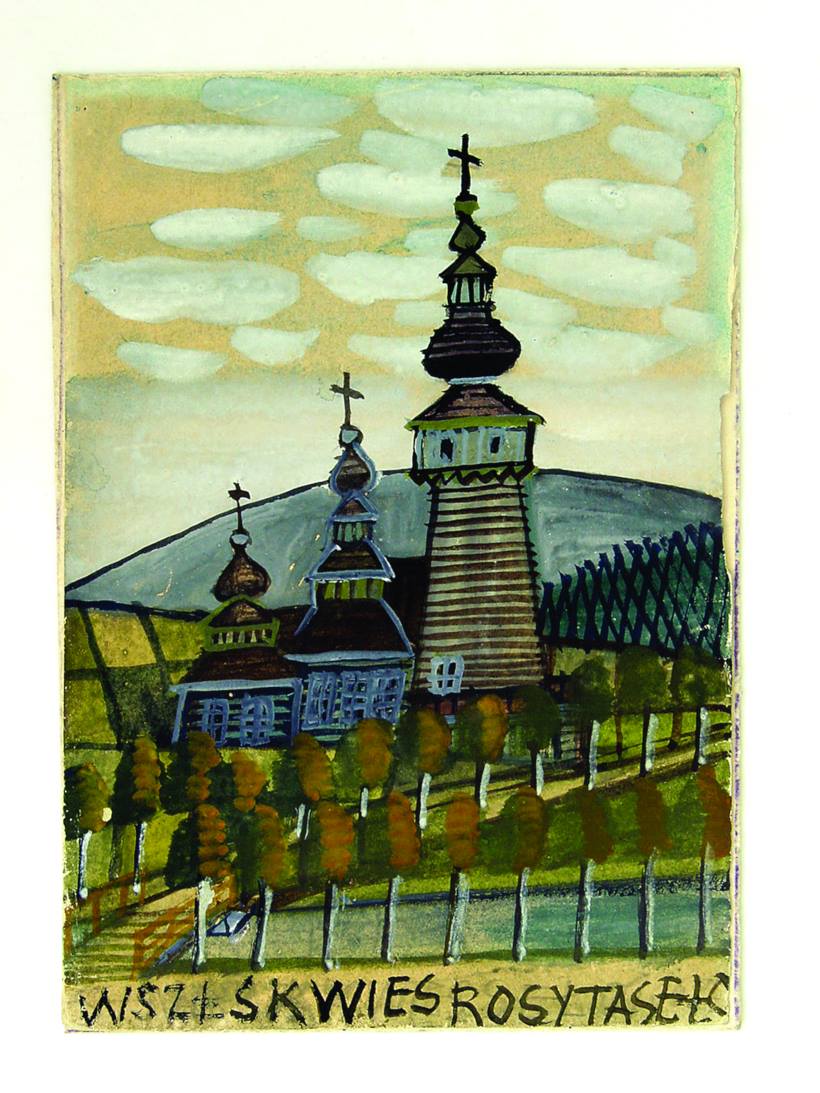 After many years of creative work, his talent was finally appreciated, and subsequent patrons took care of him and promoted his work.

However, according to the historian Jackowski, all those patrons made their money off him, giving him only part of the profits.

Nikifor lived to see his exhibitions in Warsaw, Paris, Vienna and the greatest breakthrough in Amsterdam, in 1959.

His works were presented side by side with the works of Chagall and van Gogh and his life became the subject of books and hundreds of articles around the world.

But despite his meteoric rise to fame, Nikifor remained humble and modest, unaware of the impact his artwork was having and would have.

Art last! Chopin painting goes on show for first time in over 130 years