She was a pioneering figure in Polish film. The first female film producer, her work spanned different genres as she blazed her way through the male-dominated pre-war film industry.

But now, almost 80 years after she died in the Second World War attempts are being made to commemorate her name and recognise her achievements as an important, but now largely forgotten, figure in Polish film.

The Singer’s Warsaw Festival will hold a special screening of some of her films at Warsaw’s Iluzjon Arthouse Cinema (August 25 to August 30) at which modern audiences can take in the work of this trail-blazing woman.

Hirszbein (also spelled Hirszbejn) was born on March 5, 1889 in Zgierz, a town located just to the north of Łódź in central Poland. After finishing her Polish high school, she went to Germany to study at the Trade Academy (in German: Handelshochschule) in Berlin.

After graduating, she returned to Poland and in 1924 started at Leo Forbert’s film studio. The studio concentrated on producing films connected with Jewish culture, which, although ambitious weren’t very profitable.

When the studio was on the verge of bankruptcy, Maria Hirszbein bought out Leon Forbert’s shares in the company, changed its name to Leo Film and started to produce films aimed at Polish audiences. One of the first and important productions, “Zew morza” (English: Call of the Sea), released in 1927, is now preserved in archives, and was carefully restored in 2015.

A year later, Hirszbein produced another important film, called “Policmajster Tagiejew” (in English: Police Chief Tagiejew), based on the prose of one of the most important Polish female writers and playwrights, Gabriela Zapolska. This highly patriotic film dealt with the emotional subject of the persecution of Poles by officers of the Russian Empire in the last half of the 19th century. 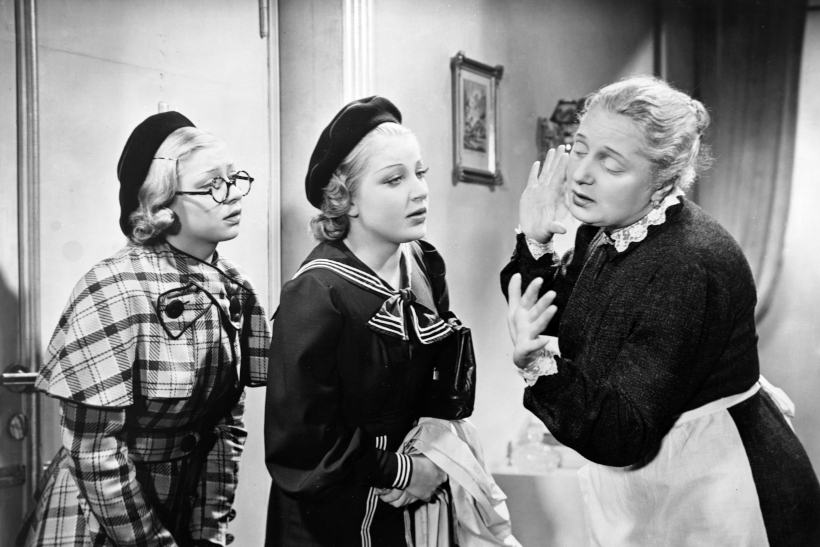 A scene from one of the most beloved pre-war Polish comedies “Papa się żeni” (Daddy’s Getting Married), produced by Maria Hirszbein.fototeka.fn.org.pl

Hirszbein was always eager to try something different. A few years later, she made one of the most important comedies in the history of Polish pre-war cinema, namely “Papa się żeni” (in English: Daddy’s Getting Married). She also returned to Jewish themes, by producing, in 1937, the sound remake of the originally silent film called, in English, “The Vow”. Its original title, “Tkijes Kaf”, was in Yiddish, along with the dialogue.

Her last film, a narrative drama called “Kłamstwo Krystyny” (Christine’s Lie), premiered in January 1939. The outbreak of war in September later that year put an end to the preparation of her next film. 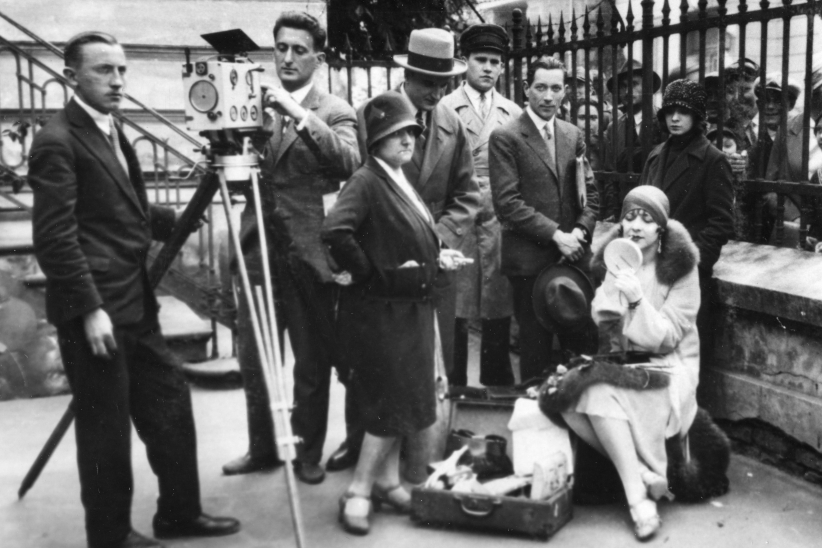 Maria Hirszbein (the third from left) on the set of the film fototeka.fn.org.pl

It also brought an end to Maria Hirszbein’s life although nobody is sure how or when she died. Some people think she died at her office as early as September 1939, during the Nazi bombing of Warsaw. Other people claim that she went to the Warsaw Ghetto, along with her old mother, and later died from disease or starvation before the mass deportations to German Nazi concentration camps started in the summer of 1942.