A popular lifestyle blogger has rallied the world of Polish design to spotlight the plight of bees and their importance in the wider context of the planet’s ecosystem after convincing a bevy of on-edge designers to produce a range of items inspired by the insect.

Titled ‘Zróbmy to razem dla pszczół’ (‘Let’s do it together for the bees’), the project was the idea of Diana Dyba, a self-confessed “lover of nature and everything natural”, and can be seen as the culmination of her own journey of self-discovery.

“My father worked as a forest ranger and taught me to love the natural world,” she tells TFN. “Growing up, I was always close to the wilderness and, on occasions, even helped my dad in the woods.” 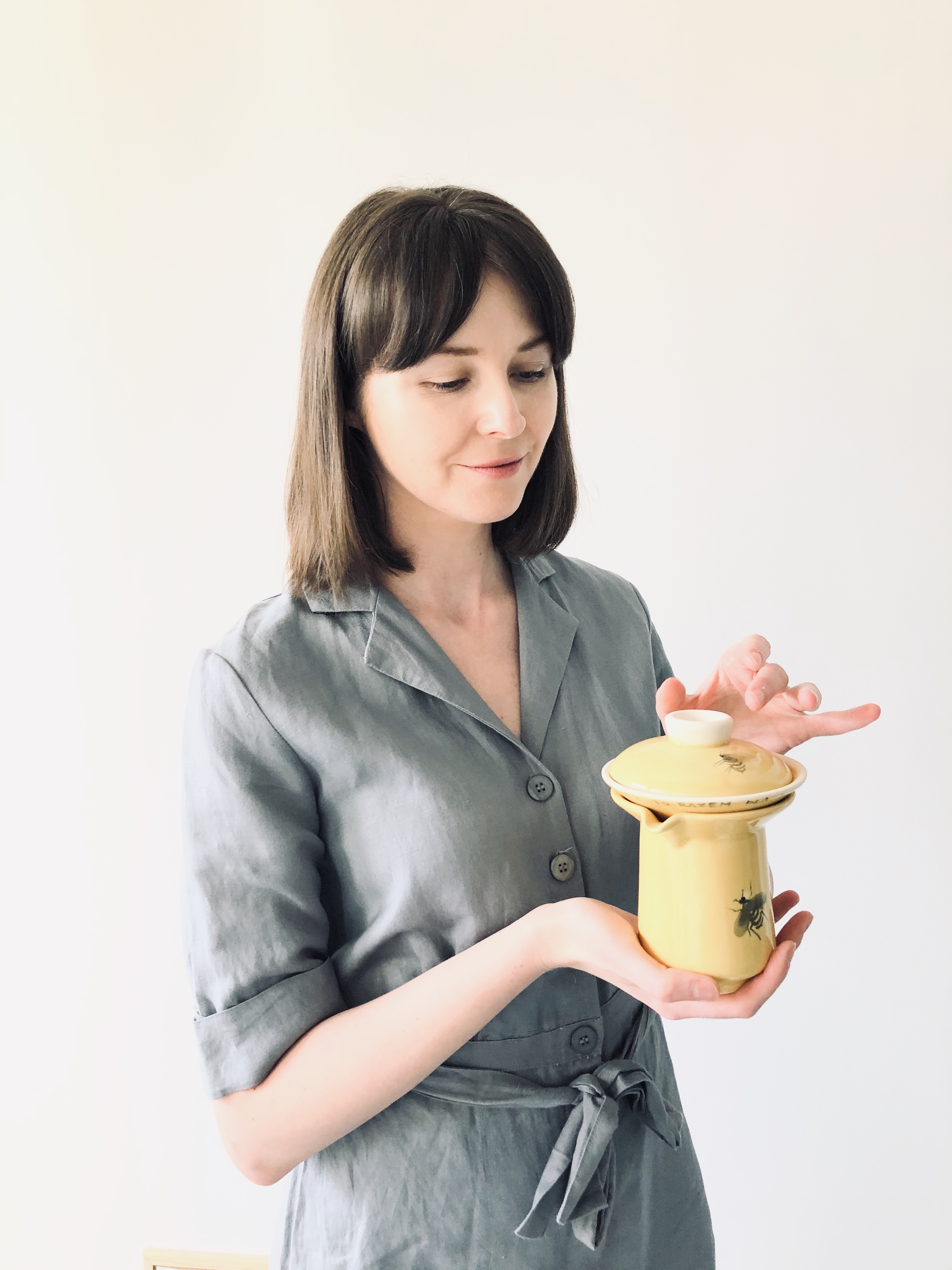 Diana Dyba with the ‘slowpresso’.Press materials

For Dyba, however, the lure of the big city lights came knocking. “Three years back I moved from the Polish forests to California and spent one-and-a-half years there learning new things and finding out what I really wanted from life.”

Spiritually reconnecting to the environment, in transpires, was the answer.

“After almost 10 years as an owner of an advertising agency I felt completely drained. I realized I didn’t want to pursue that kind of life. Furthermore, I didn’t want to be responsible for creating gadgets that would just end up littering our planet. That’s why I decided to go to California, to rest and look for my own, new way.” 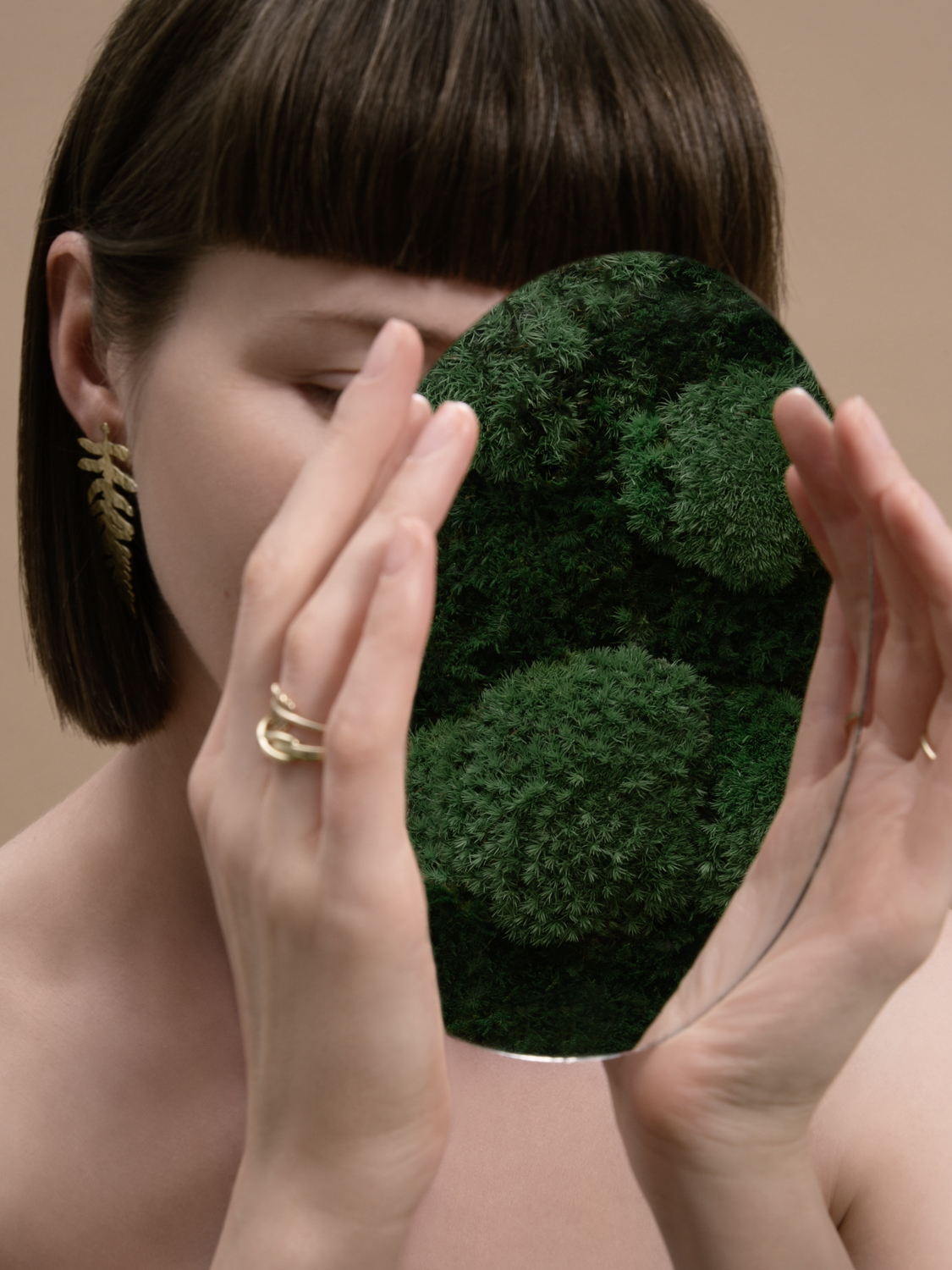 Dyba was motivated by a desire to help friends running an apiary.Press materials

Shutting her business, Dyba instead embarked on a new project, ‘Zrób to po swojemu’, a blog intended to promote everything that stood dear to her: art, nature and craft. “Everything that’s timeless,” she says.

It was over the course of this that she met Tomek and Jacek of Roi Się, an apiary founded by enthusiasts in the Świętokrzyskie’s Iłżecka forest.

“I found that we shared a lot of common ground,” continues Dyba, “so I began volunteering there, as well as reading and learning more about bees.” 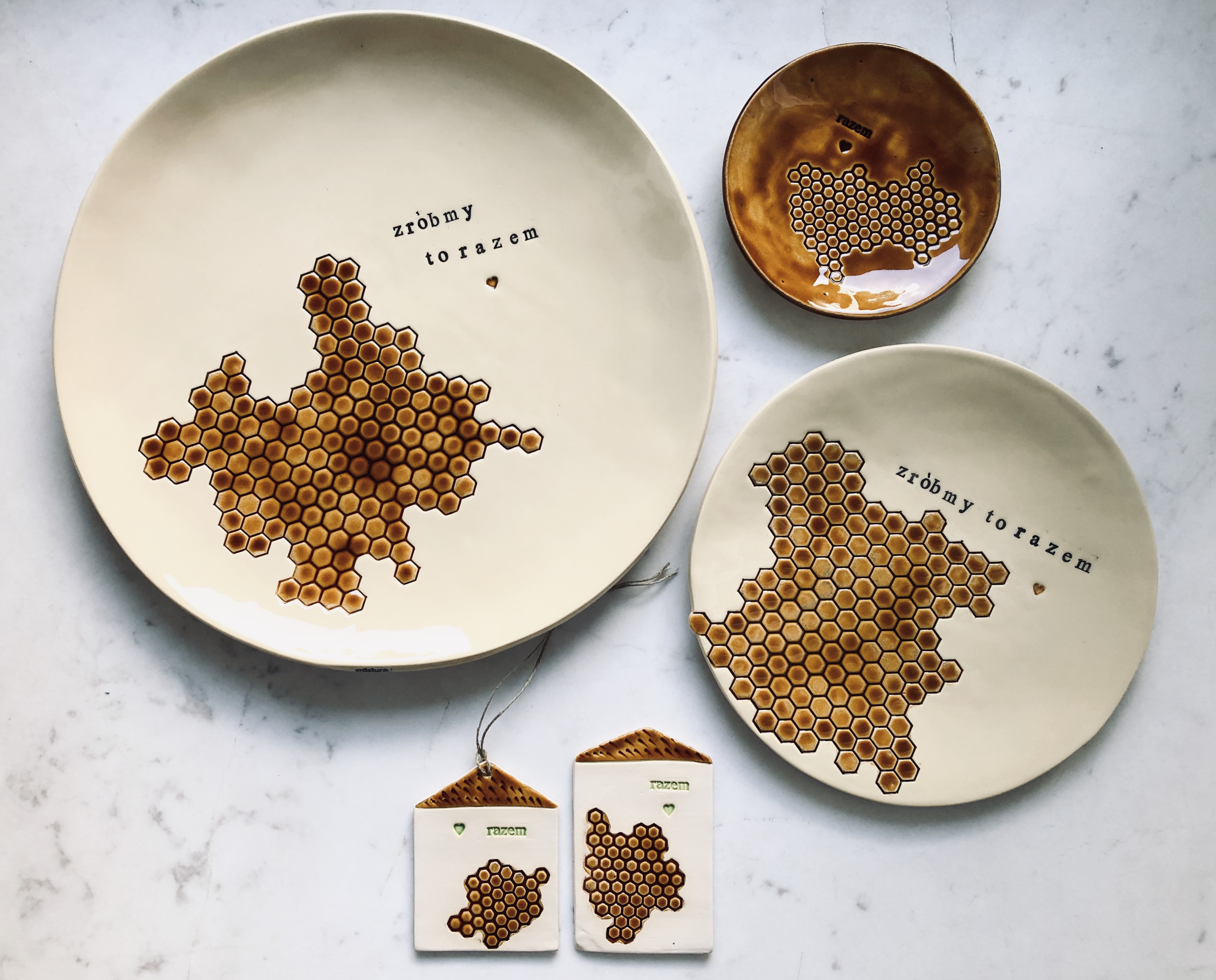 A set of handmade ceramic plates by Misiura Design.Press materials

This, though, was more than just a fleeting interest and Dyba found herself motivated to help Roi Się further.

“To do so,” she says, “I decided to invite all the artists and craftsmen I had featured on the blog to design one-of-a-kind products related to bees and then auction these items to raise money for the apiary.”

The response was emphatic in its positivity. 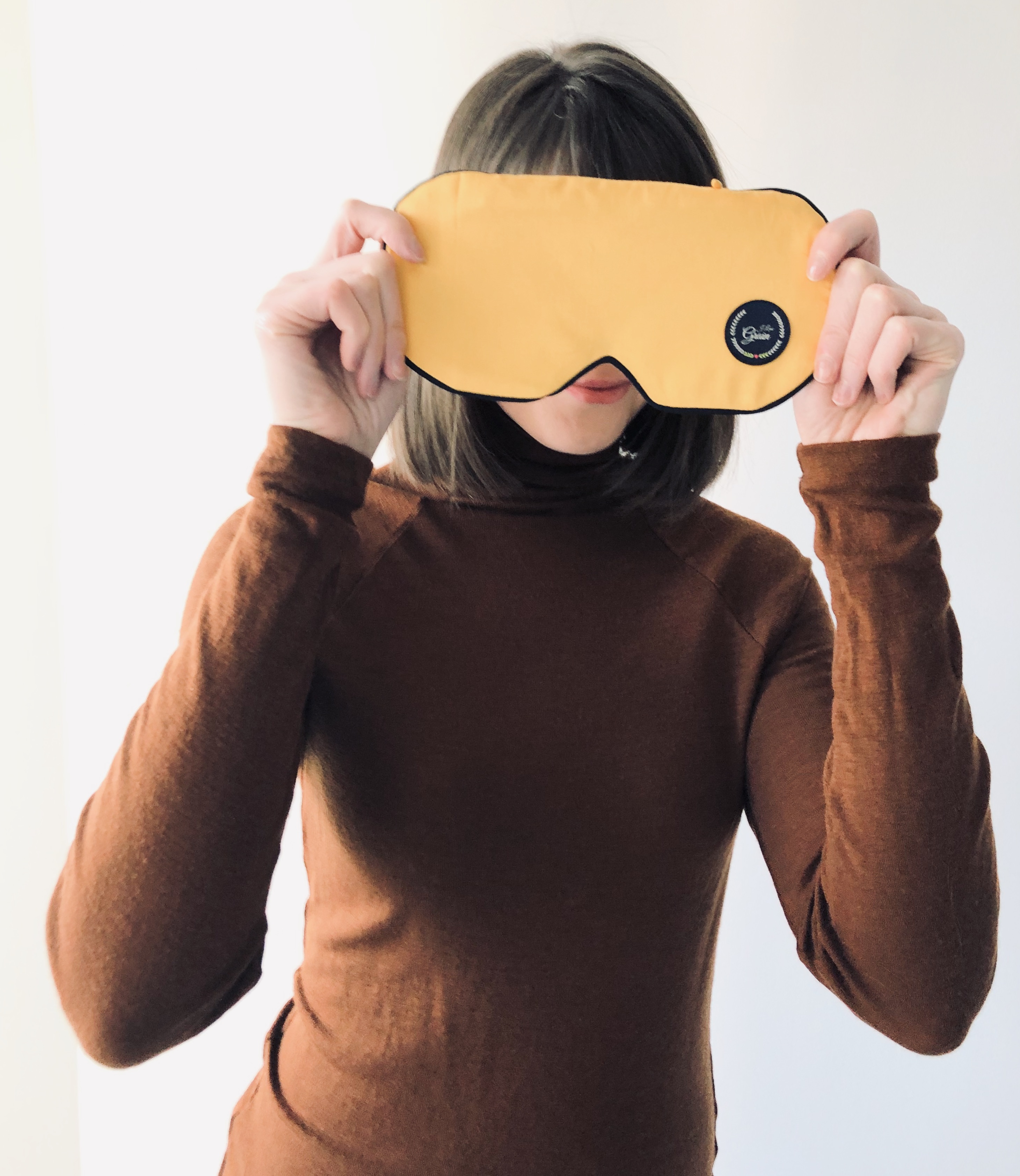 “I hope that this project helps them as well as it’s not just about bees, but also raising awareness of small manufacturers, artists, craftsmen and entrepreneurs,” says Dyba.Press materials

“Of course, there were some that were too busy, but many – in spite of these difficult times – took so much time to help. Conversely, I hope that this project helps them as well as it’s not just about bees, but also raising awareness of small manufacturers, artists, craftsmen and entrepreneurs.”

Beautiful on the eye, the products include a set of handmade ceramic plates by Misiura Design and a honey-coloured Slowpresso coffee maker designed by Justyna Karamuz (“everything about it,” says Dyba, “seems to promote the slow life philosophy whilst also celebrating the moment.”). Unsurprisingly spotlighted by the cult Polish design bible ‘whiteMAD’, the campaign also features environmentally-friendly cellulose acetate earrings by NINIco, natural linen bathrobes, hair accessories made from recycled materials, as well as a print of vibrant painting donated by American-based artist Justyna Kisielewicz. 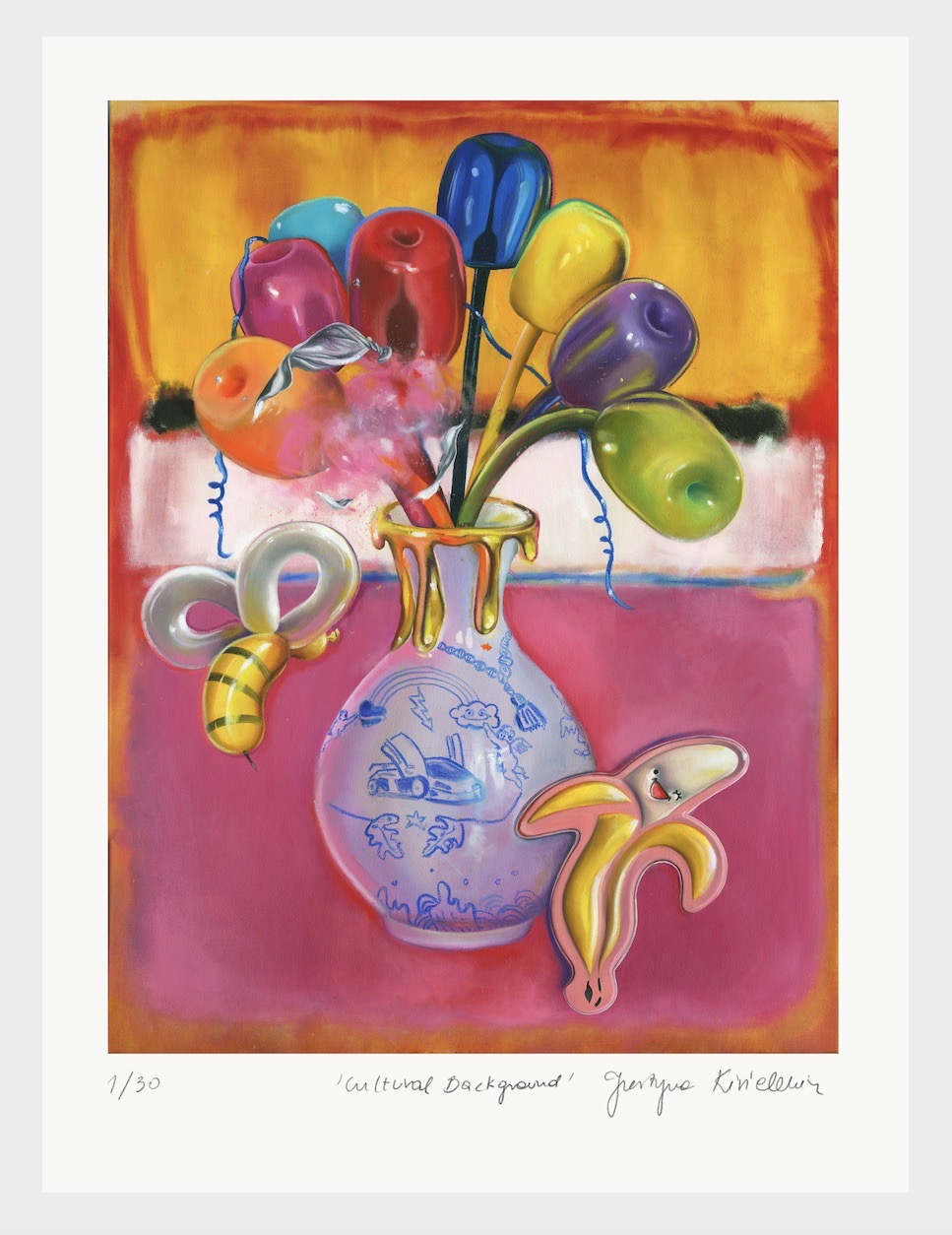 A painting by US-based artist Justyna Kisielewicz forms part of the collection.Press materials

“We’ve got so many talented artists and craftspeople in Poland,” she continues, “but many are still underrated. People are still choosing mass production over pieces that have a real value, and that’s why it was crucial for me to showcase the beauty of our domestic design scene – I want to encourage people to buy products from local businesses, brands that are socially responsible, eco-minded and have a real value.”

Yet while the auction date looms closer, this could just be the opening chapter of something bigger. 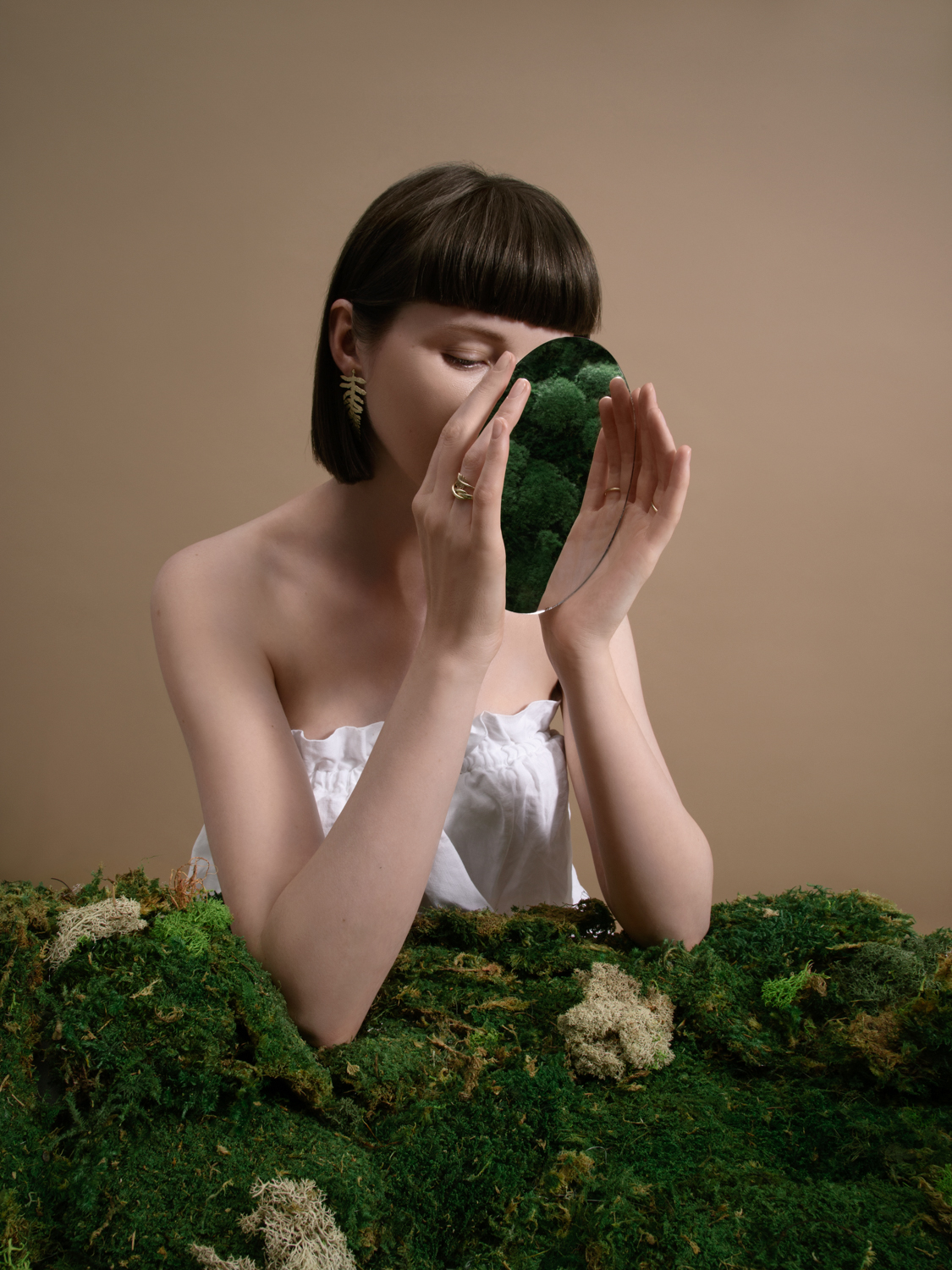 “Thanks to the upcoming auction more hives will be built,” says Dyba.Press materials

“I started the project earlier this year,” she says, “and though at first I just reached out to people I had already befriended, as it grew legs I found other craftsmen actively approaching me with products – that alone makes me so happy as it demonstrates that the future of bees is important to people.

“Thanks to the upcoming auction more hives will be built by Roi Się, and given the feedback I’ve received I really want to continue this initiative and use my marketing experience to help nature.”