A new book by a Warsaw-based British journalist is seeking to challenge accepted thinking about Poland in western media coverage of the country.

Entitled ‘Our Man in Warszawa: How the West Misread Poland’, freelance journalist Jo Harper said the motivation for writing the book was a feeling that what he was reading about Poland in British media coverage was missing the nuances and perspectives he was hearing from people on the ground in the country.

He told TFN: “I was fed up of reading the same kind of analysis of Poland in British and American media. The book was an attempt to fill in the gaps, redress the imbalance and make the story broader.

“After the result of the 2015 Polish election there was a collective shock and anger in the Western media.

“The picture painted of Poland was always as the perfect example of a flexible labour force and economy which was successful, but the macro-stories written in western media missed the disaffection underneath that fed into the 2015 election results. 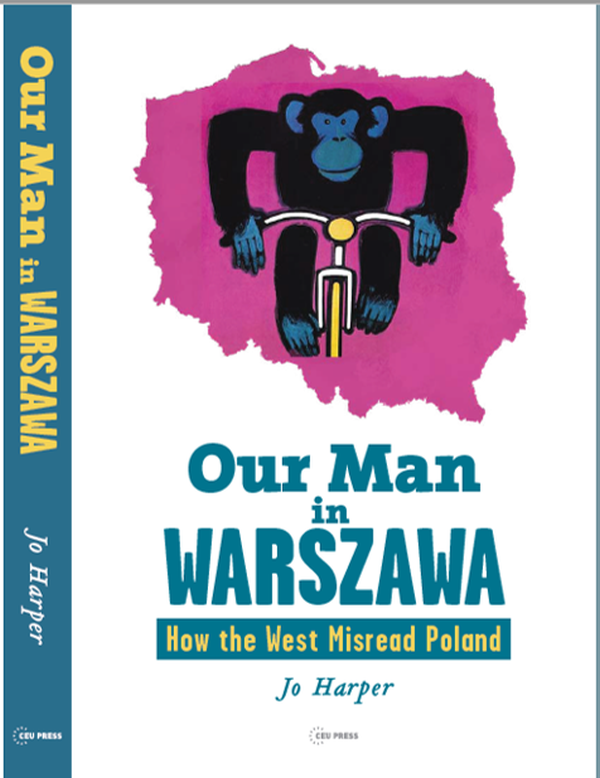 Harper said the motivation for writing the book was a feeling that what he was reading about Poland in British media coverage was missing the nuances and perspectives he was hearing from people on the ground in the country.Press materials

“There was a historical and socio-economic basis for this which I was hearing talked about in Poland, and which I felt was lacking in foreign news stories about Poland.”

‘Our Man in Warszawa: How the West Misread Poland’ is an expanded version of the first book Harper wrote, which was a collection of essays testing certain hypotheses. As part of this, he read the entire coverage of four UK broadsheet newspapers over a period of two weeks before and after the 2019 and 2020 Polish elections, the analysis of which is included in ‘Our Man in Warszawa’.

He said: “The idea was to look at how Poland was constructed as an entity. The coverage was not terrible, but it uncritically presupposed the superiority of the UK’s Westminster model and that it was the best government model for Poland to follow.

“When Poland went against this, it was seen as a betrayer returning to a pre-democratic political culture.

“In the coverage I looked at, British media reporting relied on various different stereotypes to reinforce the narrative of Poland as a backward and oriental ‘other’.

“I remember one particular example from the Financial Times from October 2019, from before the parliamentary election, where the journalist had gone to a small village where the leader of one of the political parties (PO) was giving a speech as part of the campaign trial. 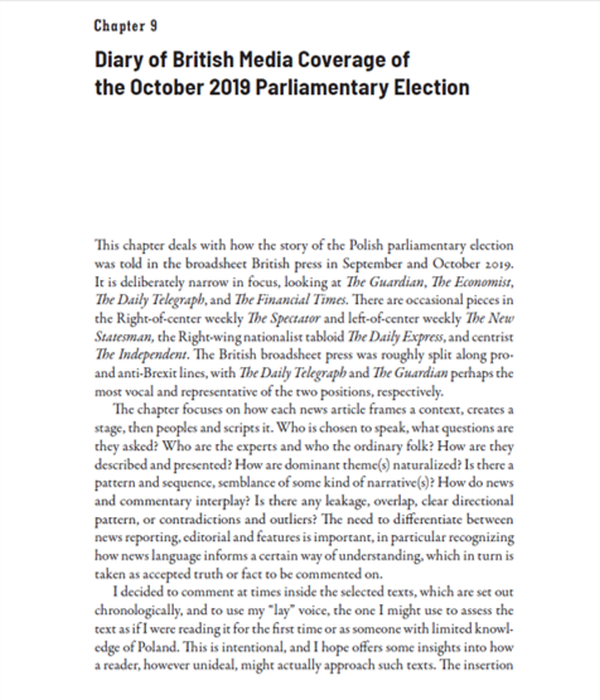 Harper said: “In the coverage I looked at, British media reporting relied on various different stereotypes to reinforce the narrative of Poland as a backward and oriental ‘other’.”Press materials

“She was at a rural women’s association and there was a drunk heckler at the meeting. The example typified the kind of exaggerated stereotypes commonly used of Poland in the British media, in which the journalist used the situation to then present Poland as a rural backwater and as a kind of warzone.”

“I have no expectations for this book, but I would like it to start a debate around how Poland is reported in foreign media stories as I think there needs to be a debate.

“I hope people won’t be offended, I want and I hope that people see it as positive criticism.”

Alongside an in depth analysis of contemporary Polish politics, the first section of ‘Our Man in Warszawa: How the West Misread Poland’ published by Central European University Press is based on Jo’s personal reflection of the process of assimilating in his adopted homeland and his experiences of being British in Poland.

Harper who has lived in Warsaw since 1997, has written for a range of international media outlets including the BBC, Politico and Deutsche Welle, also holds a PhD in Polish political history from the London School of Economics.