Winston Churchill’s favourite spy Krystyna Skarbek has finally been officially remembered in the United Kingdom by the unveiling of a commemorative Blue Plaque in her honour.

She was the inspiration for James Bond femme Vespa Lynd, and was Britain’s first female spy during World War Two as well as its longest-serving secret agent.

More Bond than Bond girl, her daring achievements have gone down in legend. With a price on her head, the Warsaw-born agent marched into a Gestapo office in occupied France to secure the release of two British agents. She also she convinced an entire garrison of 200 Poles, pressganged into the Wehrmacht, to desert their posts on the Italian border and swap sides.

Her life ended tragically. Having been denied British citizenship, down at heel and living in a flop house for Poles in London, she was knifed to death by a jealous former lover.

This week, in London, Krystyna Skarbek was officially remembered when a Blue Plaque was unveiled at 1 Lexham Gardens in Kensington, the address of the former Shelbourne Hotel where she lived after the war and where she was murdered in 1952.

The Blue Plaque at the former hotel is inscribed with both the name she adopted and by which she is known in the UK, Christine Granville.

Blue Plaques, operated by English Heritage, are a way of commemorating the link between a location and a famous person or event in the United Kingdom. The system has functioned since 1866 and was the first commemorative plaque scheme in the world.

In a statement sent to TFN, Howard Spencer, a senior historian with English Heritage, said that Skarbek “was one of the most remarkable secret agents of the Second World War, undertaking many successful missions and saving countless lives.

“We are very keen to celebrate this brilliant and brave woman with an English Heritage blue plaque.”

The Polish Embassy in London told TFN: “The Embassy of the Republic of Poland and the Ambassador always support initiatives in the UK which commemorate Polish people.

“It is no different in the case of a plaque commemorating Krystyna Skarbek, ‘Churchill’s favourite spy’. Skarbek’s contribution to the Allied effort in the Second World War is undeniable and her story is inspirational.”

The unveiling on Wednesday this week was thanks in large part to Clare Mulley, who wrote Skarbek’s biography, ‘The Spy Who Loved’.

“I proposed the plaque with English Heritage about six years ago and there were all sorts of other issues and hurdles. So yes … it is absolutely wonderful that Christine finally has this honour,” said Mulley.

It is widely accepted that Bond author Ian Fleming used Skarbek as the inspiration for his Casino Royale character Vesper Lynd, played by Eva Green in the 2006 hit film. 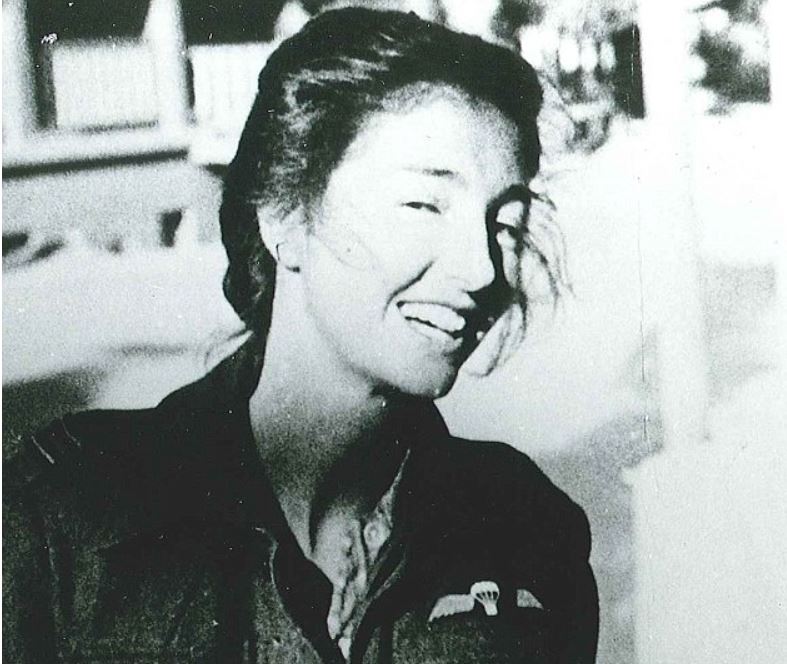 “I have to say Christine is much more than a Bond girl. She’s more Bond. And she’s more than that because she is real,” said Mulley.

“All too often, women in the resistance tend to get remembered for their beauty or their courage or their final sacrifice … We are less good at celebrating the achievements of the women,” she added.

The Polish wartime spy’s stay at the down-at-heel hotel reflected Skarbek’s reduced circumstances after the war. After her outstanding wartime career, Granville faced what she described as “the horrors of peace” and the Shelbourne Hotel – run by the Polish Relief Society – provided her with welcome cheap accommodation.

Despite her wartime achievements, she had to scrape a living as a shop assistant, a hat-check girl in Harrods, a waitress and a toilet cleaner on passenger ships.

During the war, though, Churchill held her in the highest esteem. His regard for her was not misplaced. On secret missions to Poland she gathered valuable evidence on Nazi German crimes against Jews and Poles, and she smuggled out a microfilm detailing German troop deployments that clearly indicated that they were preparing to invade the Soviet Union.

She carried a seven-inch commando knife strapped to her thigh and was also expert in the use of hand-grenades, which she far preferred to guns.

She was eventually arrested by the Gestapo in Budapest, but faking tuberculosis she escaped and was taken to Romania in the boot of a diplomatic car. She ended up in Cairo where her career as a spy ground to a virtual halt for three years as the British were suspicious of the alleged ease of her escape from the hands of the Gestapo and suspected her of being a double agent. 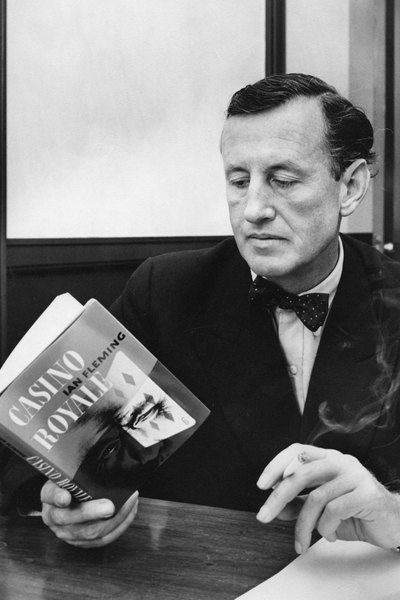 Ian Fleming used Skarbek as the inspiration for his Casino Royale character.Public domain

It was only when the SEO gained a new general that she was reactivated and sent to France, where she would perform feats of astonishing bravery and audaciousness.

In July 1944, she was dropped in France under the name Pauline Armand to be a courier for the Southern France resistance leader Francis Cammearts.

She made her way to the Italian border where groups of Poles reluctantly pressed into German service were garrisoned at frontier posts overlooking the winding Alpine passes. Her job was to persuade them to change sides and hand over their arms.

Having been left bloodied and bruised by the climb up to the 2,000-foot-high stronghold where the Poles were stationed she managed to convince the entire garrison of 200 to desert their posts and swap sides.

This work gained her respect among her counterparts, but the next episode would make her a legend.

In late 1944, on the eve of the Allied Forces’ invasion of southern France, Francis Cammaerts was arrested along with two other SOE officers. Because Francis and the two officers were carrying banknotes with consecutive serial numbers the Gestapo decided they were spies and sentenced them to death, to be carried out within 48 hours.

Upon learning this, Christine immediately used all her influence and skills to arrange a meeting with Gestapo liaison officer Albert Schenk, even though she knew there was a price on her head in every Gestapo office. 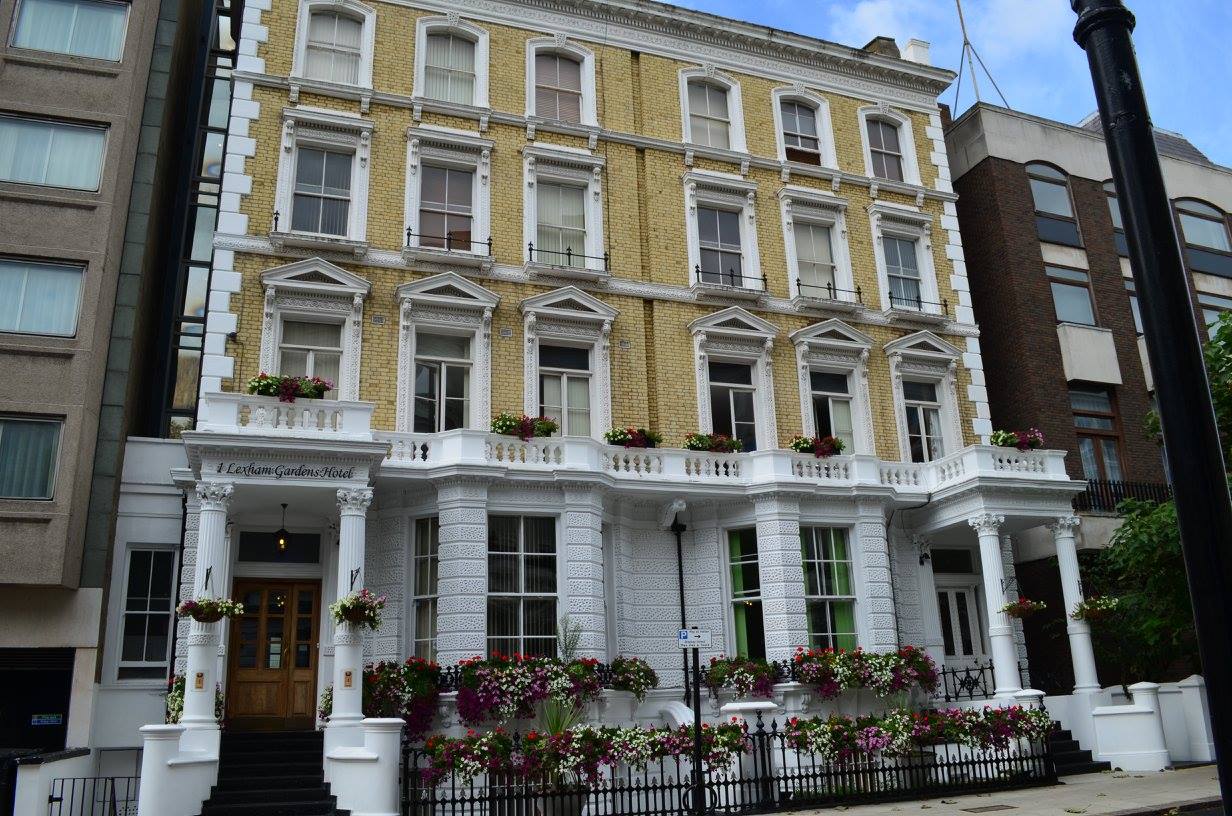 She threatened Schenck with terrible retribution if harm came to the prisoners, but sweetened the threat with an offer of two million francs for the men's release. Schenck then introduced her to a Gestapo officer further up the line of command, the Belgian Max Waem.

He agreed, and after receiving guarantees of Schenck’s and the Belgian’s safety after the Allied invasion, they released the three men just a few hours before the planned execution.

Skarbek was murdered in 1952 in the lobby of the Shellbourne, which was at the time a downmarket guesthouse for Poles stranded in post-war London after their country had been occupied by the Soviet Union.

An ex-lover, Dennis Muldowney who she met while working on a ship, had followed Skarbek into the lobby and stabbed her in the chest with a combat knife after she told him she'd burnt all of the love letters he'd sent her.

Muldowney stayed beside her corpse until the police arrived, admitted murdering her and asked to be executed as soon as possible, believing he would be reunited with his love after death.

He was sentenced to death and hanged three months later, declaring “to kill is the final possession” as he was led to the hangman’s noose.

Skarbek was buried in Kensal Green cemetery in North-West London under a layer of Polish soil smuggled out of the then communist country.