Around 66 percent of Poles have become involved in helping Ukraine since its invasion by Russia, a survey shows.

Polish women are more active than Polish men in this respect with 73 percent of them involved compared to 59 percent of men, according to the results of the poll conducted by the IBRIS pollster for the Santander Consumer Bank.

Poles most often help by participating in the collection of food, clothes and basic necessities (60 percent), and of money (40 percent).

Most help to Ukraine has been offered by residents of medium-sized cities with a population of up to 250,000, such as Torun, Kielce or Rzeszow (74 percent), ahead of people living in metropolises and small towns of up to 50,000 people and villages (66, 62 and 66 percent respectively).

Around 80 percent of university graduates have taken part in assistance projects for war-torn Ukraine as compared to 66 percent of those with the secondary education and 56 percent with primary education. 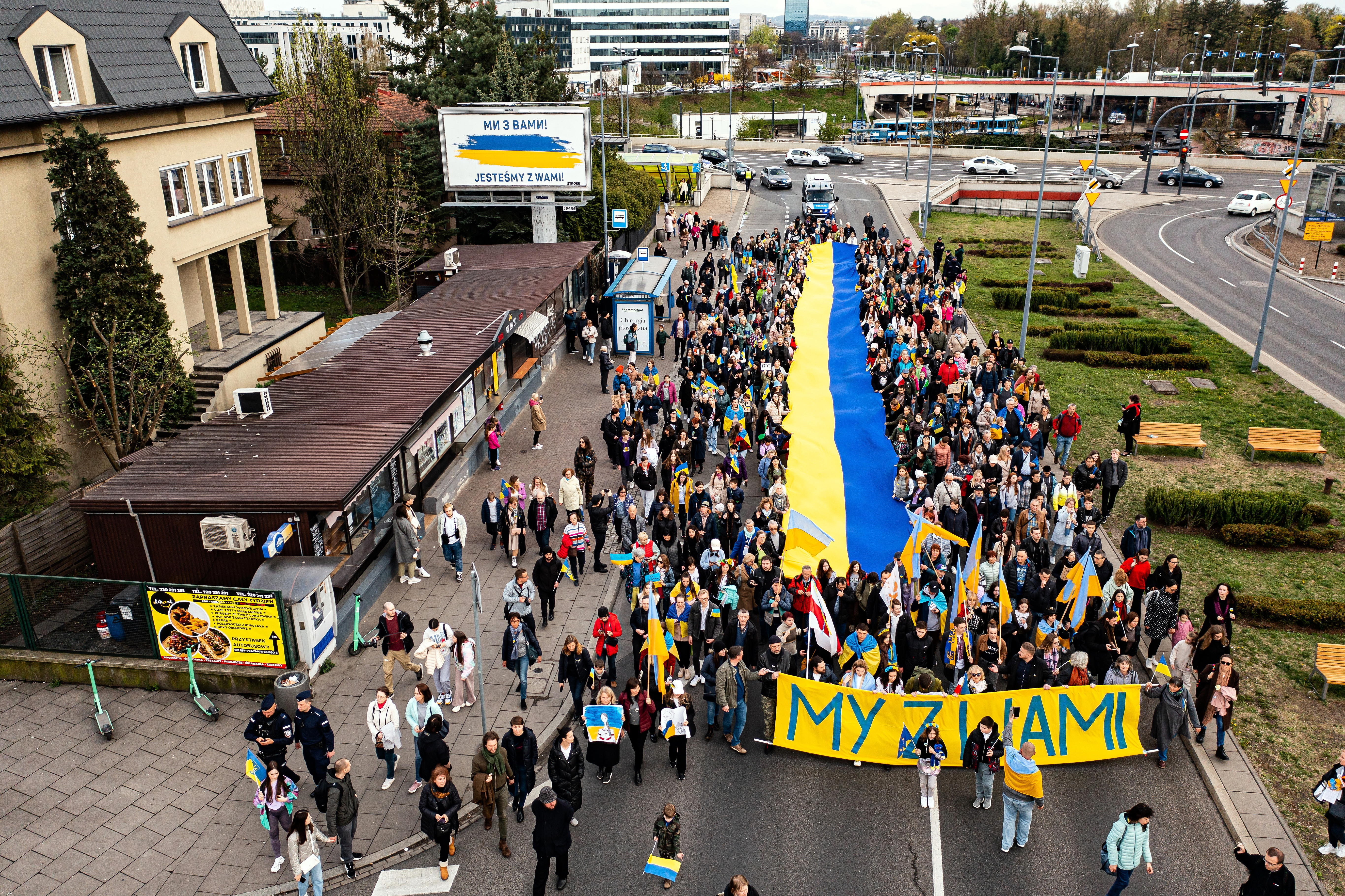 A march of solidarity with Ukraine took place in Krakow, Poland on 24.04.2022.Łukasz Gągulski/PAP

"The number of those helping Ukraine is likely to increase," Magdalena Grzelak, Santander Consumer Bank's spokesperson, commented on the poll results.

The research also showed that one in four Poles boycotts products from Russia, 14 percent are directly involved in fundraising activities as a volunteer, and 7 percent have offered Ukrainian refugees temporary accommodation in their household.

The survey was conducted in March 2022 on a representative sample of 1,000 adult Poles.