Magdalena Abakanowicz is considered to be one of the most internationally recognized Polish artists, especially for the Abakans and the innovative use of textiles in sculptures. 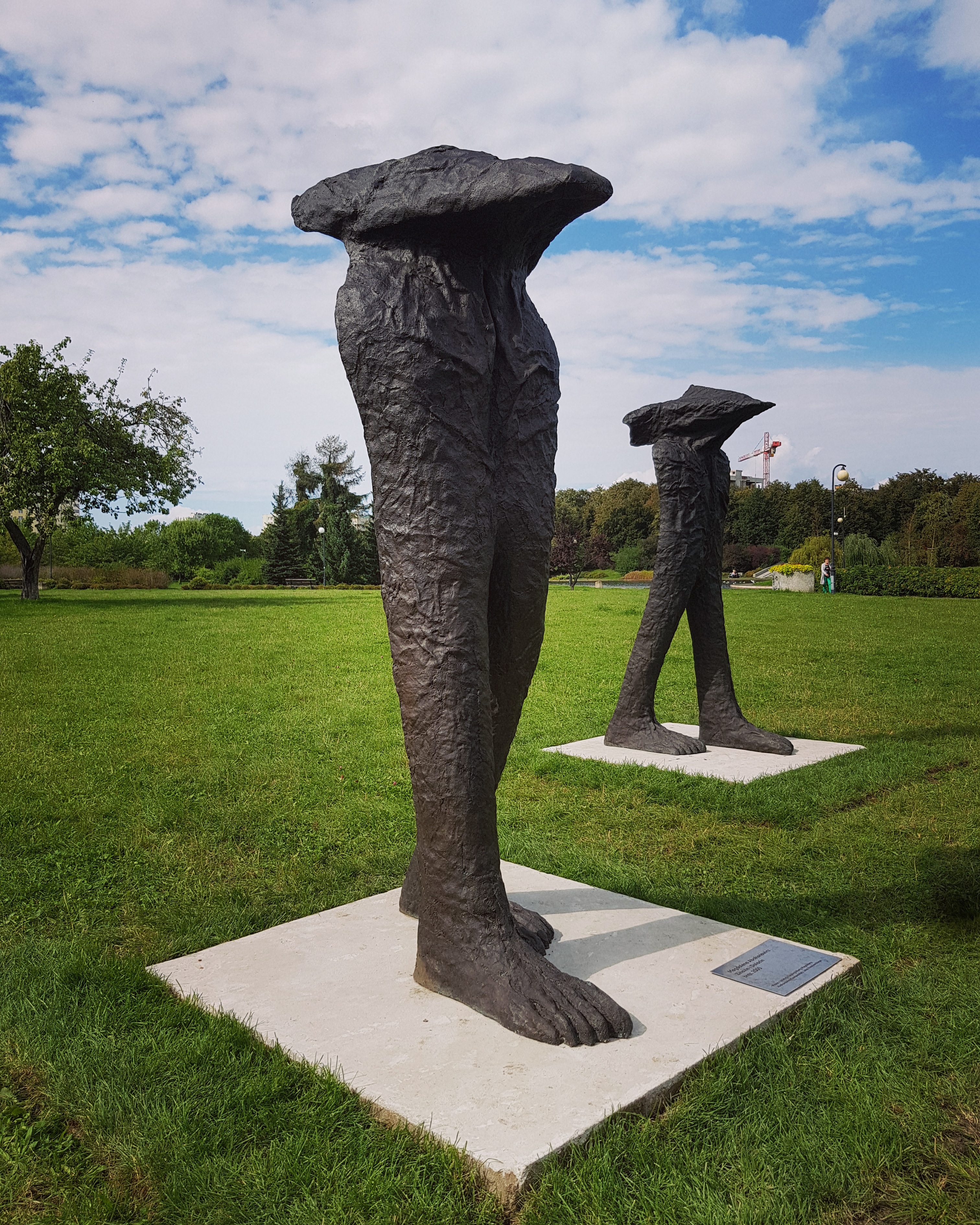 The two works of art were placed in the open-air gallery only temporarily, to commemorate what would be Abakanowicz’s 90th birthday. The internationally acclaimed author of outdoor installations and figures made of textiles died in 2017.Kalbar/TFN 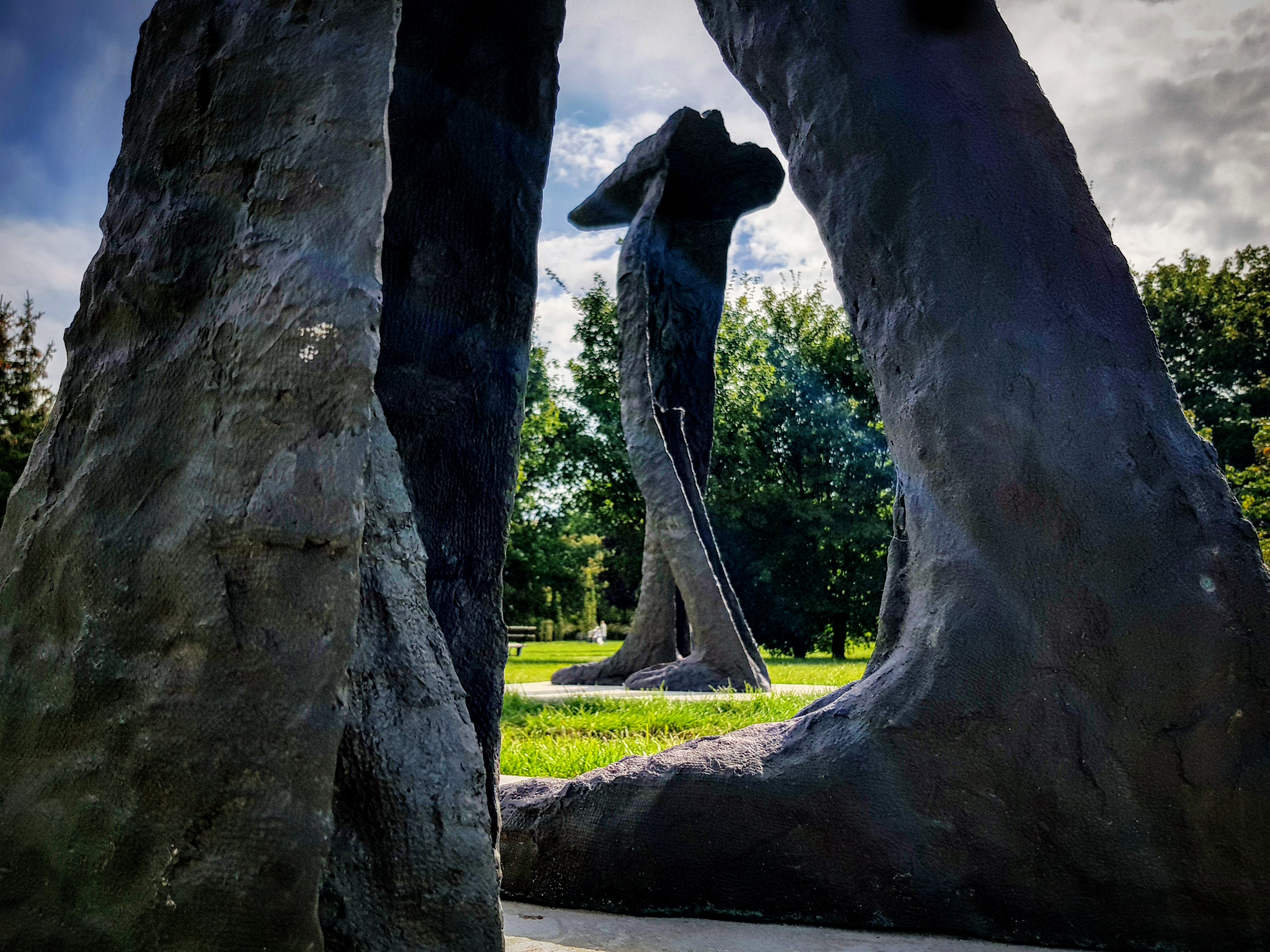 Joanna Mytkowska, Warsaw’s Modern Art Museum’s director, said: “Zinaxin and Dolacin combine the classic Abakanowicz theme of a simplified human silhouette, devoid of individual features, with elements taken from other sculptures in which she sought artistic expression to convey the inseparable relationship between man and nature.” Kalbar/TFN 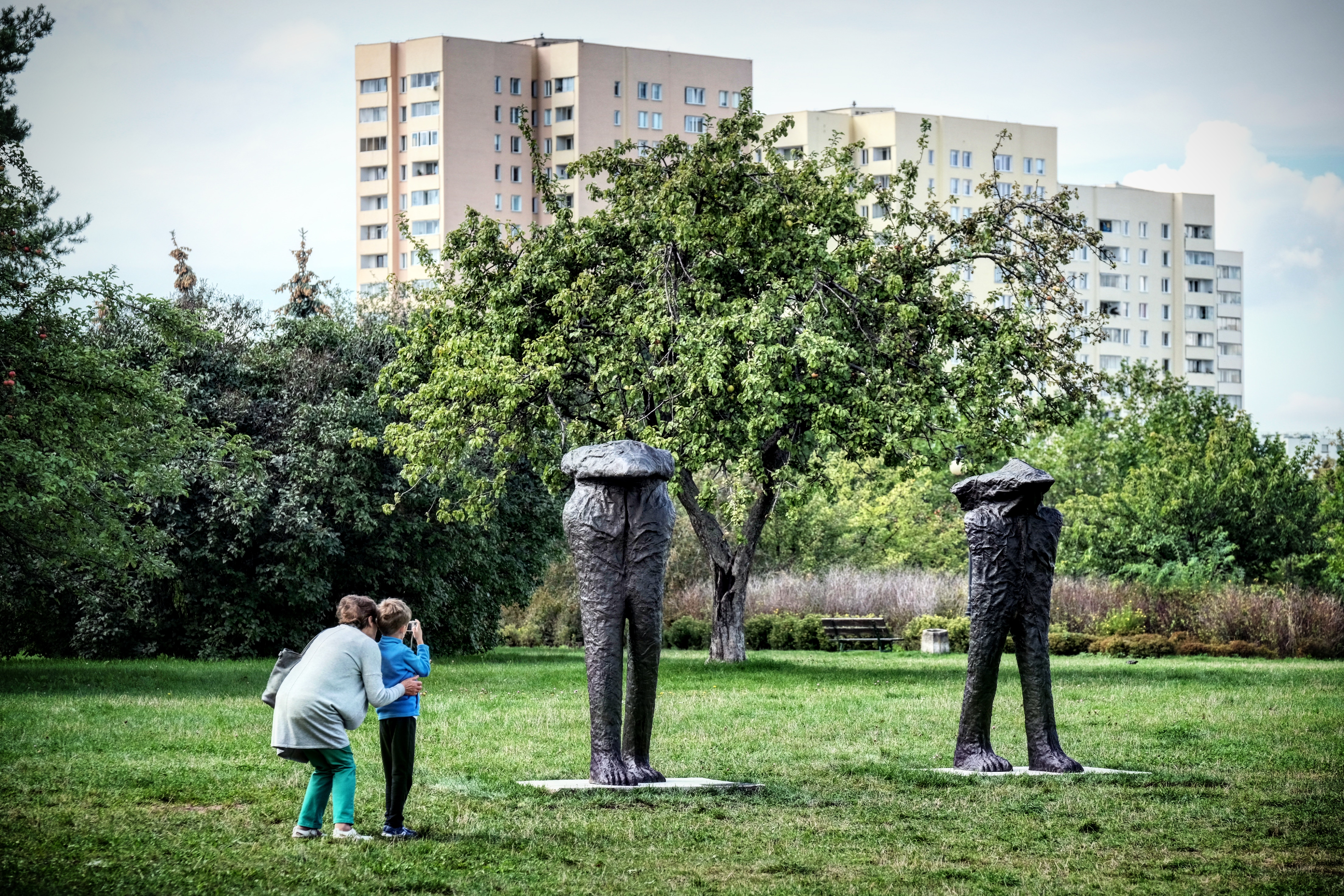 The two figures are massive human bodies walking in the same direction. Placed in the open space of the park, they can be viewed together with pieces by other acclaimed Polish artists such as Paweł Althamer and Roman Stańczak. Kalbar/TFN 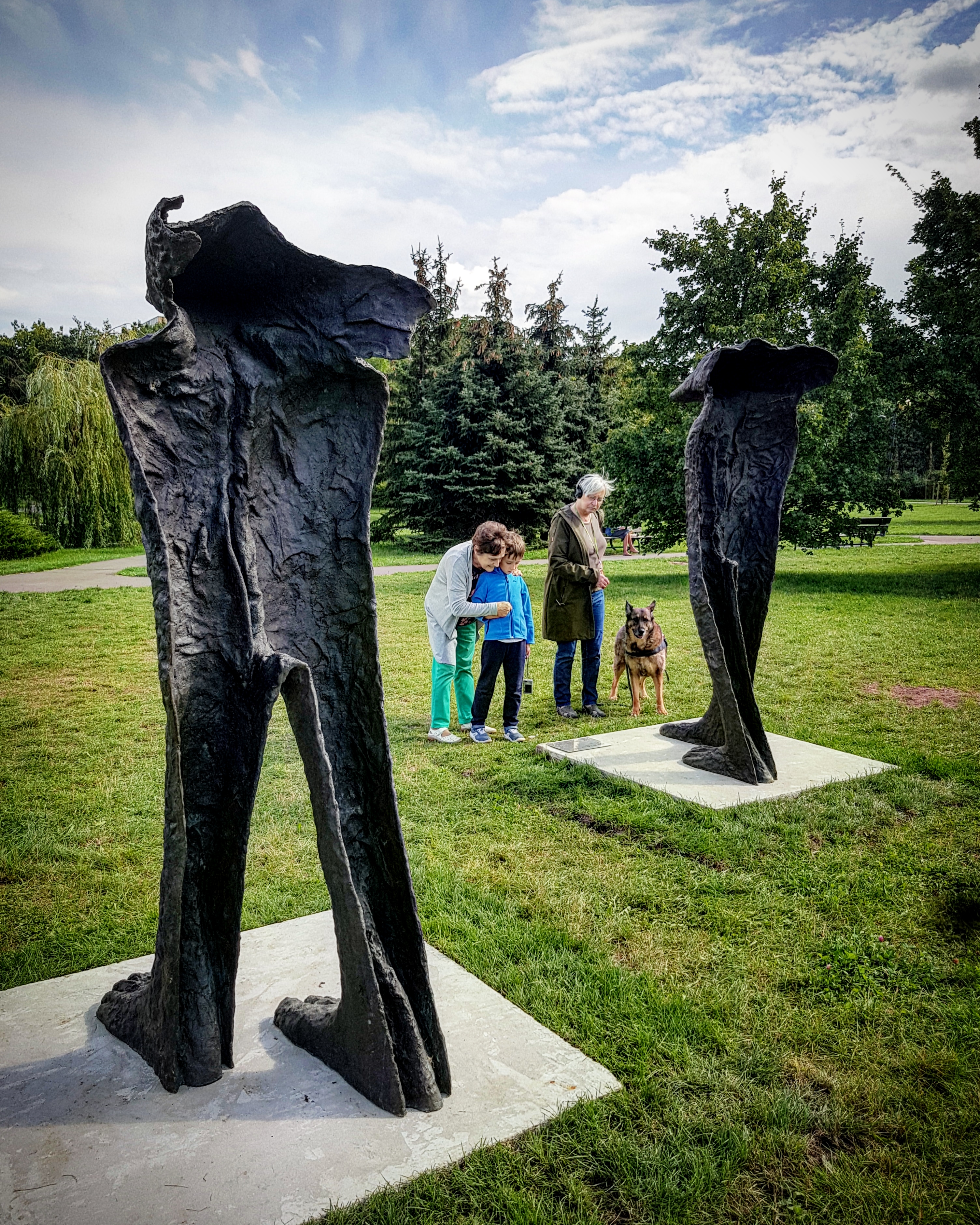 “The dynamic relationship between human and animal forms in ‘Zinaxin and Dolacin’ indicates both the dramatic impossibility of reconciling the two elements and the impossibility of disconnecting them. Abakanowicz's work, which will temporarily stand in the Sculpture Park, thus fits into the current discussions aimed at reformulating the ways of thinking about man's relationship with the natural world,” Mytkowska added.Kalbar/TFN 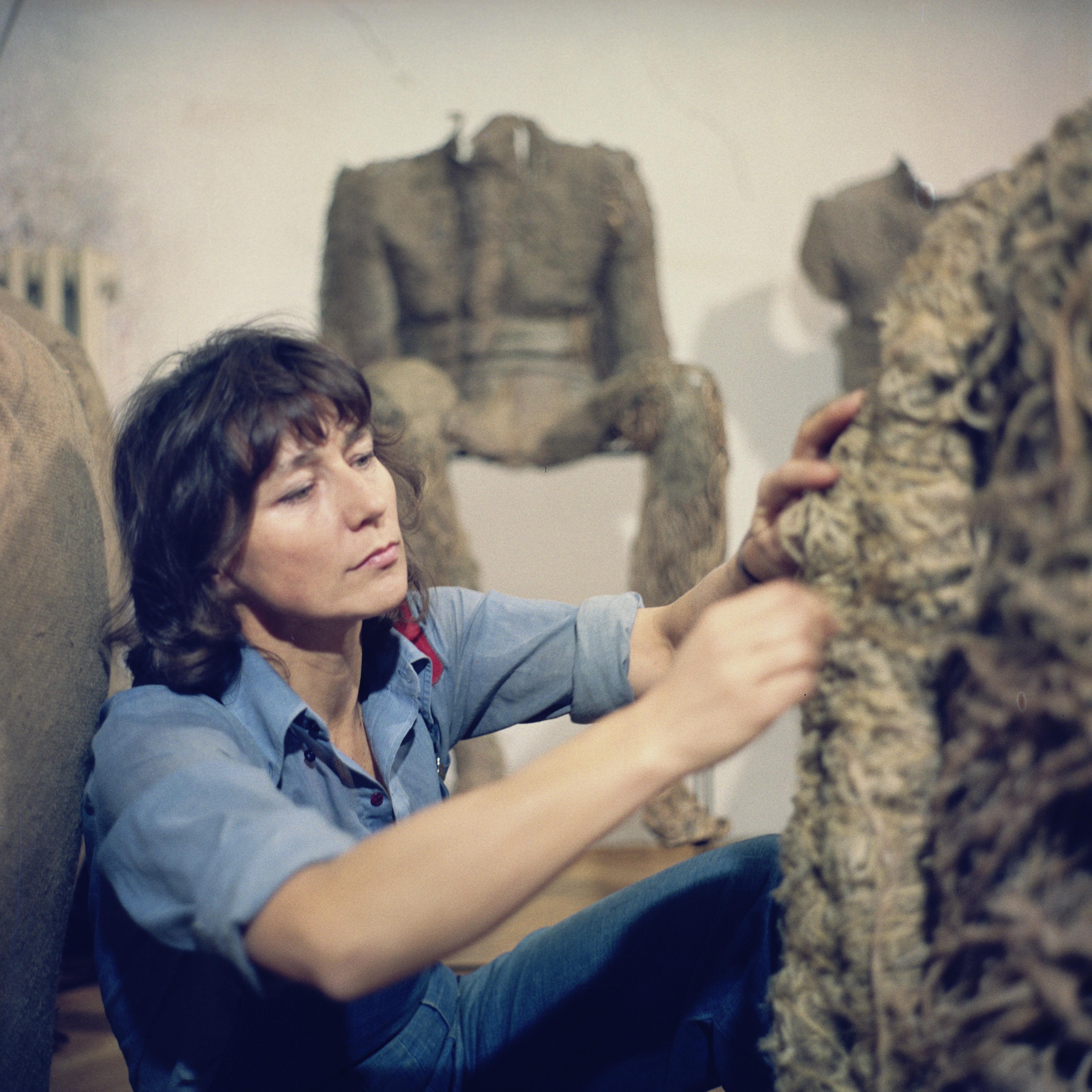 Abakanowicz was connected to Warsaw all her life. Although she would travel the world to prepare and display her works and installations called Abakans, it was to Warsaw that she would always return to rest and recharge. For this reason, the Bródno Park was chosen as the display space for ‘Zinaxin and Dolacin’.Jan Michlewski/PAP 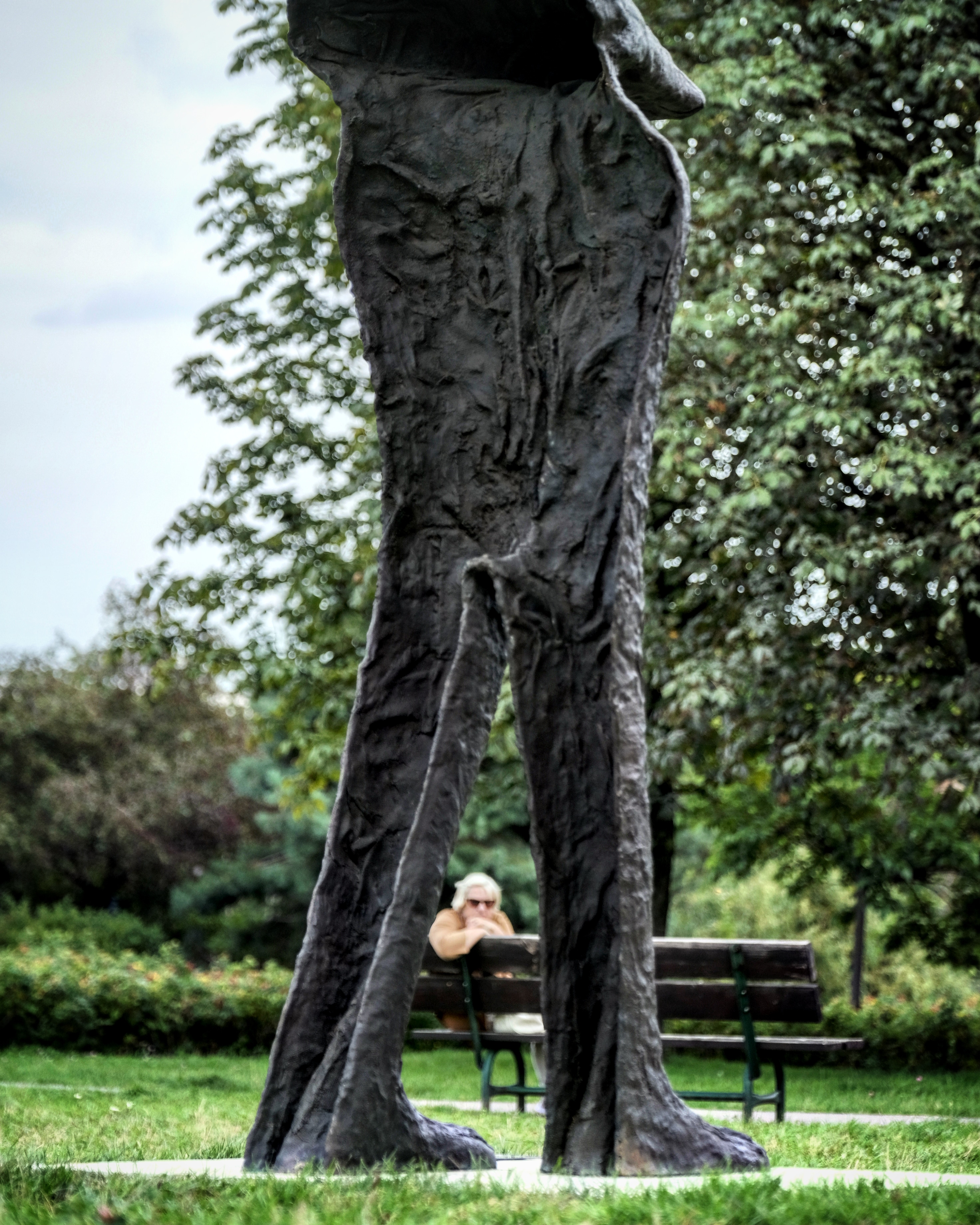 She received numerous international awards, including the Grand Prix at the Sao Paulo Biennale (1965). Since 1979 she was a professor at the School of Fine Arts in Poznań (today the University of Fine Arts), where she worked with students from 1965 to 1990 as the head of the Tapestry Studio. Kalbar/TFN