London Underground passengers have been able to enjoy classic Polish poetry on their busy morning commutes as part of the centennial celebrations of Poland regaining its independence.

Spearheaded by the Polish Book Institute and supported by the Polish embassy, the poetry campaign has paid homage to the writers who breathed life into Polish culture during the years spent under occupation of three imperial powers.

Carved up Prussia, Russia and Austria, Poland disappeared from the maps of Europe for 123 years at the end of the 18th century. But thanks to Poland’s strong literary culture a sense of ‘Polishness’ prevailed. 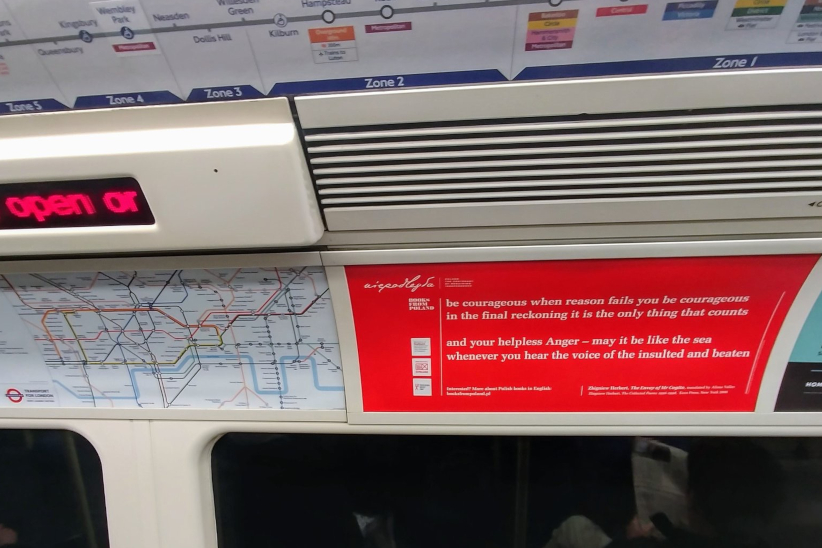 Now 1,650 posters will celebrate the literature that kept the flames of Polish culture alive during those dark years. The red and white posters have been decorating the carriages of one of the busiest transport networks in the world from November 5-18.

Passengers can read excerpts, for example, from Zbigniew Herbert's ‘The Envoy of Mr. Cogito. Translated by Alissa Valles, the ambiguous poem follows a man’s dark dilemma over whether to do “right or wrong”.

Other national poetry excerpts come from Jarosław Marek Rymkiewicz's ‘Oktostychy,’ translated by Marek Kazmierski, as well as a new translation of Poland’s national epic Pan Tadeusz by Bill Johnston, the winner of the Transatlantyk and Found in Translation awards granted by the Polish Book Institute. 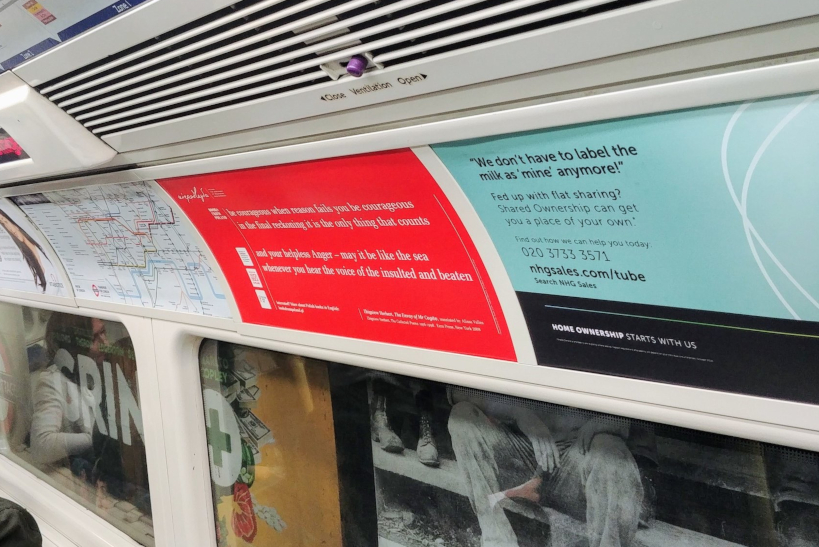 The campaign on the London Underground is the last event of a three-year project called Market Focus: Poland. Along with underground poems there have been chances to meet Polish authors visiting the UK and take part in poetry workshops.

It is also not the first time the British have crossed paths with Polish literature. In 2011, the "Poems in the Metro" project was organised by the Polish Culture Institute in London.

Also, when Poland held the presidency of the EU, contemporary Polish poets visited London along with other major cities.