When Wawrzyniec Kulig volunteered to be sent to Auschwitz to save his pregnant wife, he knew he was facing certain death.

Learning of her arrest for helping a camp escapee, the desperate 36-year-old did the only thing he could think of - offered himself in exchange for her release.

The Germans agreed, his wife was released and gave birth to a baby girl a few days after.

But less than three months later, Wawrzyniec was taken to the camp’s execution wall and shot dead. 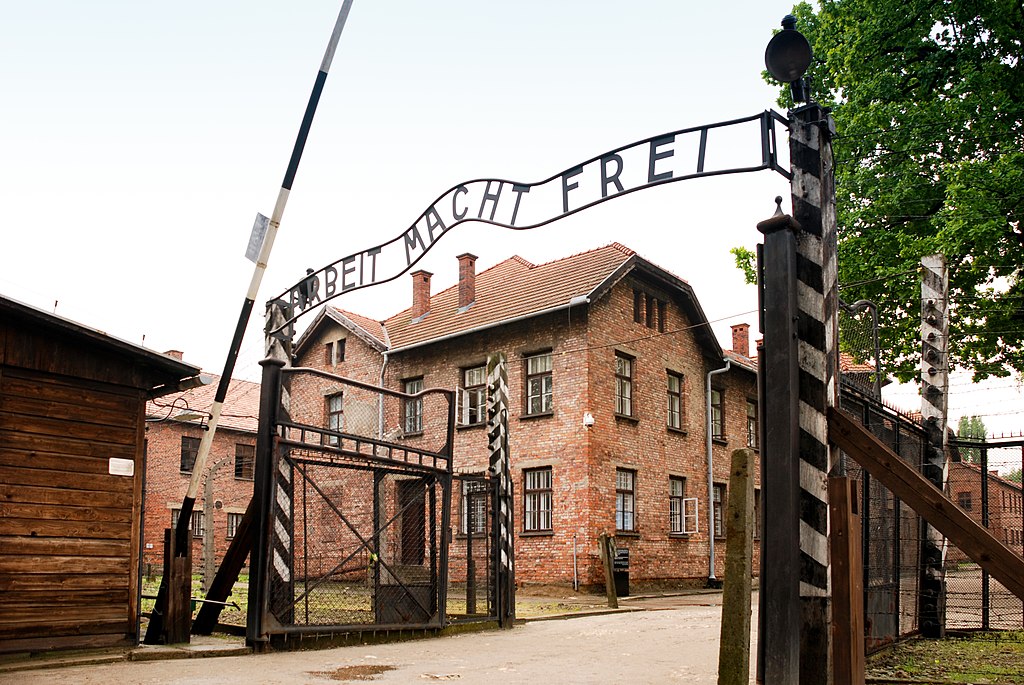 An escapee from Auschwitz turned up on their doorstep after cycling to the village of Poręba Wielka.CC-BY 2.0

This lesser-known true story of love and sacrifice has now been turned into a harrowing new book by bestselling and award-winning author Nina Majewska-Brown.

Entitled Ocalona z Auschwitz [Saved from Auschwitz], Majewska-Brown said she was inspired to write the novelisation after being contacted by the Kuligs’ granddaughter Dorota Nowak, who wanted the story to reach a wider audience.

Wawrzyniec Kulig and his wife Franciszka had the misfortune to live in a village near Auschwitz.

Like many Poles in the area, the couple tried to support the prisoners in various ways, even though they were aware of what could await them if the Germans found out. 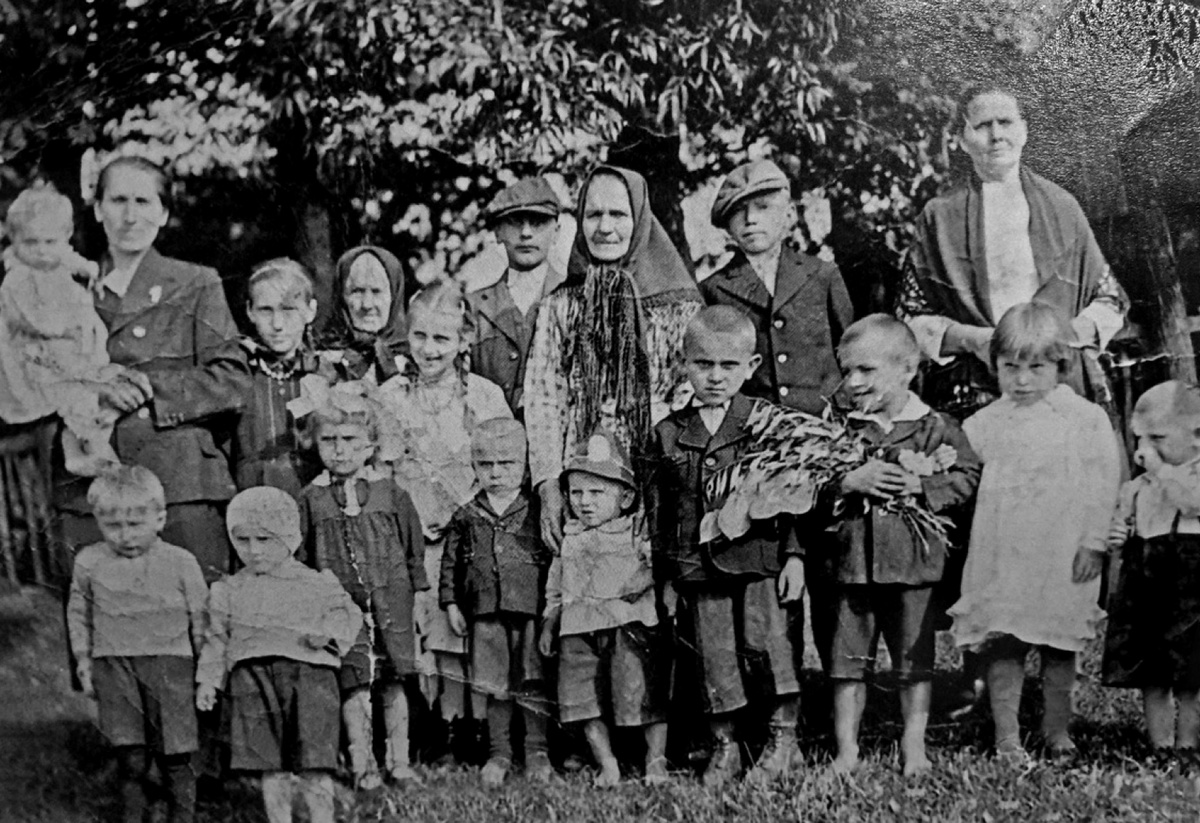 Following the escapees recapture, Franciszka and her sister along with some neighbours were arrested by the Gestapo.Press materials

However, not even in their worst nightmares did they suspect the tragedy that would befall their family when Jan Nowaczek, an escapee, turned up on their doorstep.

Fleeing the camp on September 1, 1941 after an SS officer asked him to mend his bicycle, when Nowaczek noticed a uniform in a locker he seized his chance by riding past guards dressed in the uniform.

Reaching the village of Poręba Wielka, his luck held out as he knocked on the door of Franciszka and Wawrzyniec and not that of recently arrived German settlers, who were also living in the village.

Years later, Franciszka recalled: "After midnight, around 2 a.m., my husband took him out of the house and told him in which direction he had to run to get to the General Government. We gave him some money and food for the journey.” 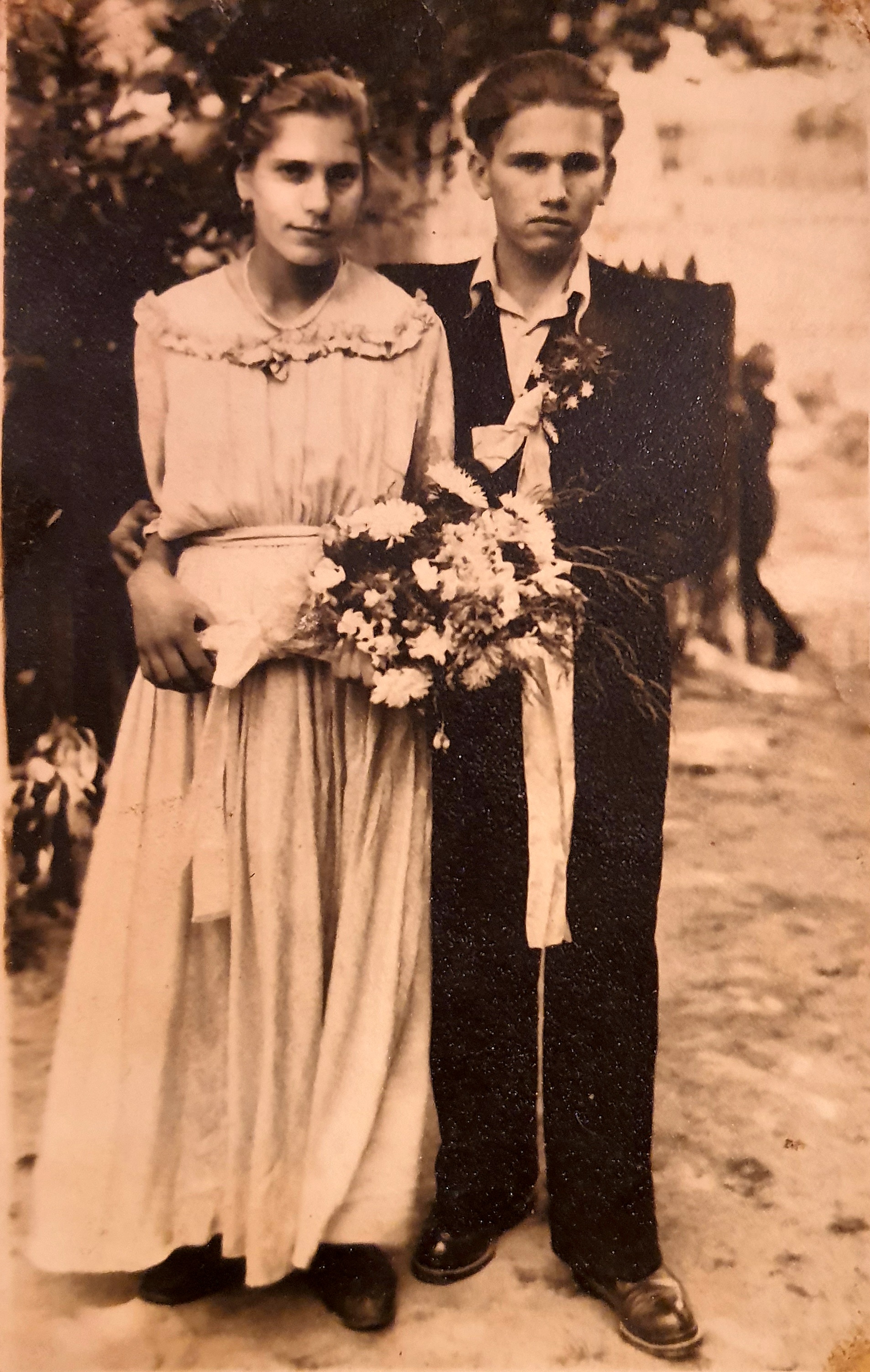 Wawrzyniec decided to report to the camp, hoping that the Germans would then release Franciszka. Pictured: the couple on their wedding day.Press materials

Locals knew what was happening at the camp and the conditions faced by the prisoners.

Wawrzyniec Kulig, who was forced to work on the expansion of the camp, came into contact with the prisoners many times. It was from contacts like this the local population learned the truth about the cruelty and brutality of the camp.

Many local people helped, although by doing so they put themselves and their families at risk of death.

Food and medicine were smuggled in. At that time, there were limits and food ration cards, so sharing food was not so easy.

Those who escaped were given help in organising their onward journey: they were led across the border and given information on where they could go next. 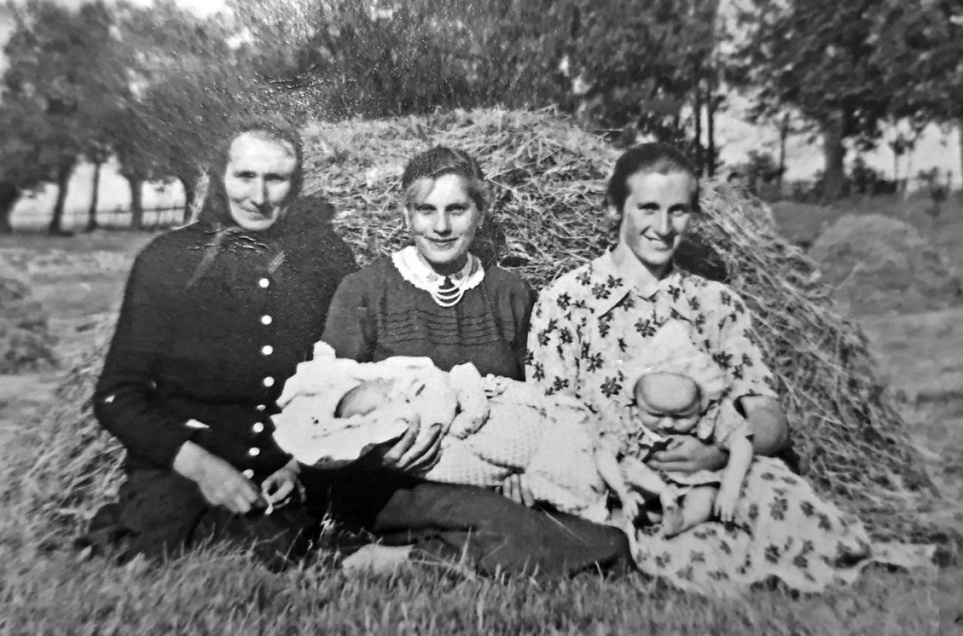 After being released Franciszka (centre) gave birth to a baby girl.(Photo taken in the summer of 1958).Press materials

But after being helped by the Kuligs, Jan Nowaczek was captured a few months later.

Back in Auschwitz, he was interrogated by the Gestapo and completely broke down, giving up all the people who had helped him.

As a result of Nowaczek's betrayal, Franciszka, who was nine months pregnant, her sister Stefania Magiera, and several other people ended up in the camp.

At the time of her arrest, Wawrzyniec was taking a cart to nearby Brzeszcze to collect coal. Warned by his neighbour's son, he managed to hide.

After several days in hiding, he returned home in despair. Finally, he decided to report to the camp himself, hoping that the Germans would then release Franciszka. 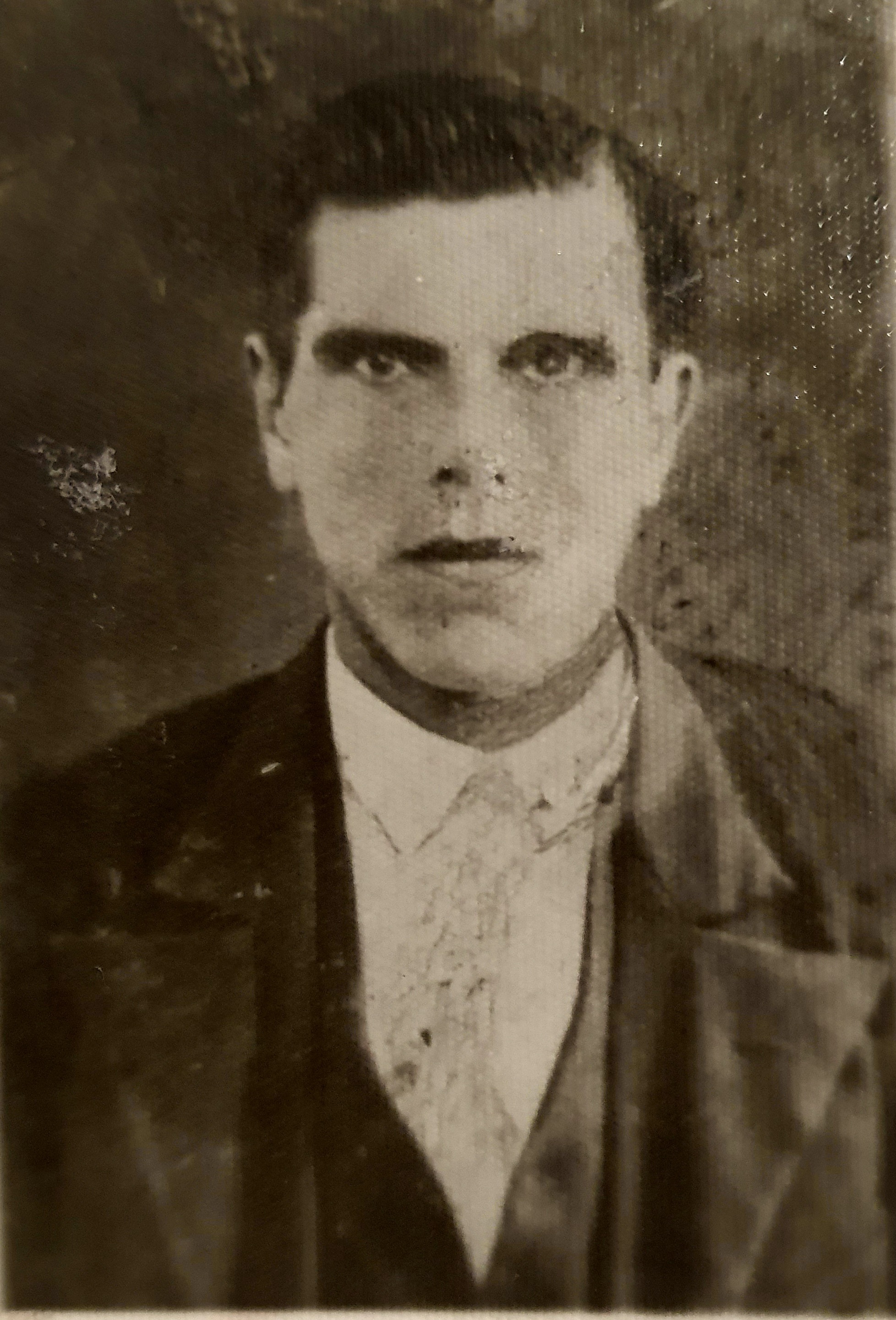 Less than three months after the birth of his daughter, Wawrzyniec was taken to the camp’s execution wall and shot dead.Press materials

He was afraid because there was no certainty that the SS would agree to this. His older daughter Stefania recalled that often when he came back from work on the camp expansion he would talk about the inhumane treatment of the prisoners and that he would not survive such conditions.

On 24 May 1942, Wawrzyniec bid farewell to his family and upon arrival at Auschwitz was tattooed with the number 41623.

Franciszka was released from the camp soon after and she gave birth to a son a few days later, at the beginning of June 1942.

She named the child Wawrzyniec in honour of her father. The child was frail, and the mother was ill for a long time after birth, but they survived.

Less than three months later, on 11 August 1942, Wawrzyniec was shot at the Execution Wall in the courtyard of Block 11. In the same month, the SS executed Stefania Magiera and Jan Nowaczek.

Award-winning author Nina Majewska-Brown said she was inspired to write the novelisation after being contacted by the Kuligs’ granddaughter who wanted the story to reach a wider audience.Press materials

After ten weeks, the Germans released Warzyniec’s nephew Jan Kulig and a neighbour Franciszek Dominiec, who had both been swept up in the arrests.

Both survived the war. Jan, already a soldier in the Polish Army, was killed in the Bieszczady Mountains in battles with the Ukrainian Insurgent Army.

Many others suffered as a result of Nowaczek’s escape. The 19 other members of his work commando were all placed in the bunkers of punishment block 11 on the same day.

The following day, Lagerführer Karl Fritzsch sent nine prisoners back to the commando, while ten remained in the bunkers and were soon killed in the first attempt to kill the prisoners with Zyklon B gas in the basement of the block on 3 September 1941.

Former prisoner Ludwik Banach estimated that around 120 people may have been arrested as a result of Nowaczek’s later denunciations. 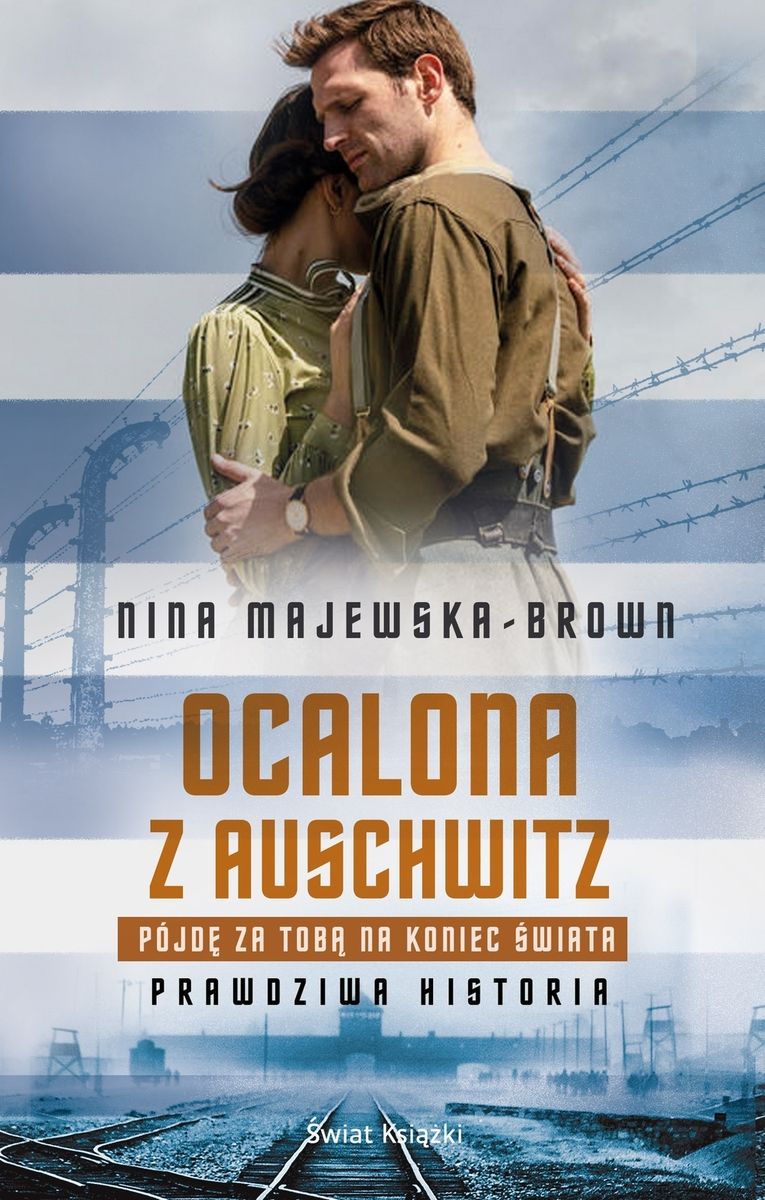 Ocalona z Auschwitz was released on 28 September and is published by Świat Książki.Press materials

“We must not judge the behaviour of the prisoners, and especially not condemn it.

“This was such an extremely difficult time and inhumane conditions that the notion of conscience, decency, what is right and wrong, was redefined.

“These people, saving themselves from death, acted instinctively, often impulsively taking decisions that they would not have taken under other circumstances.”

Ocalona z Auschwitz was released on 28 September and is published by Świat Książki.

Nato chief says Patriots needed in both Poland and Ukraine