Trouble brewing? Breweries brace themselves for long-term consequences of lockdown

Bolted shut for two months, yesterday’s news that pubs can reopen next week has been greeted with measured optimism by the country’s craft beer scene as it thrashes to survive the longer-term consequences of the lockdown.

“So far we’ve just received very basic information,” says Paweł Leszczyński, the co-founder of the Warsaw Beer Festival, “and a lot remains unclear as to how bars will actually be allowed to function. Of course, the announcement was far more than we expected at this stage so there is a reason to be positive, but at the end of the day the overall results will vary from business to business.”

Welcome as the news has been, Leszczyński is in no doubt that choppy waters lie ahead and will need to be navigated carefully by an industry left listing by the pandemic. 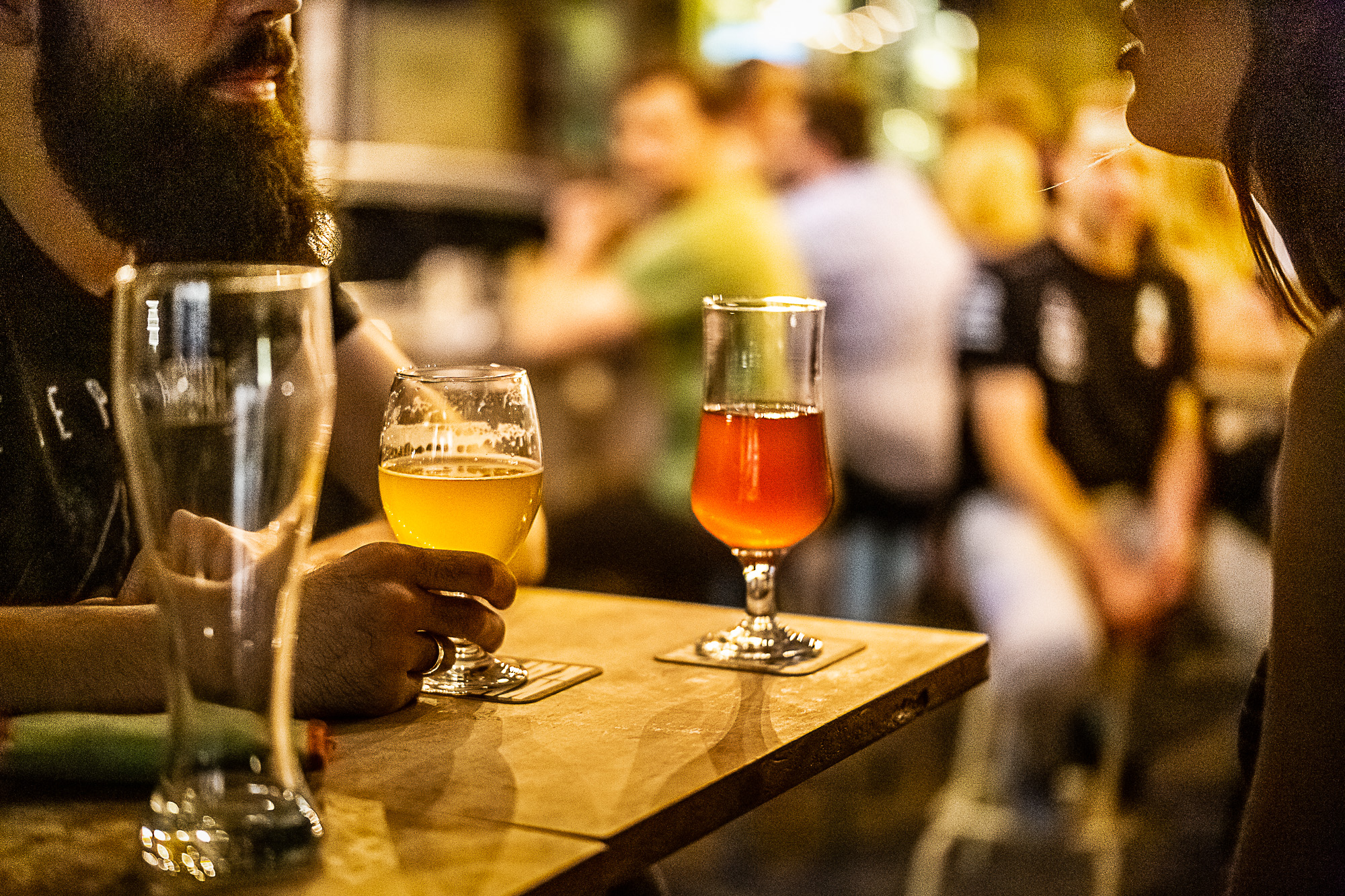 Bolted shut for two months, yesterday’s news that pubs can reopen next week has been greeted with measured optimism.Kalbar/TFN

“The fact is most bar owners I’ve spoken to are still afraid they won’t make money,” he tells TFN. “When you consider the figures they need to pay out for tax, utility bills, staff, garden permits and even just building their beer gardens in the first place, even if they operate to full capacity that still wouldn’t be enough.”

In this, the lack of flexibility shown by landlords has been critical.

“Even the tenants that were given a break in their rent are now going to face paying the full whack. Building owners don’t want to negotiate and that’s strangling small business.” 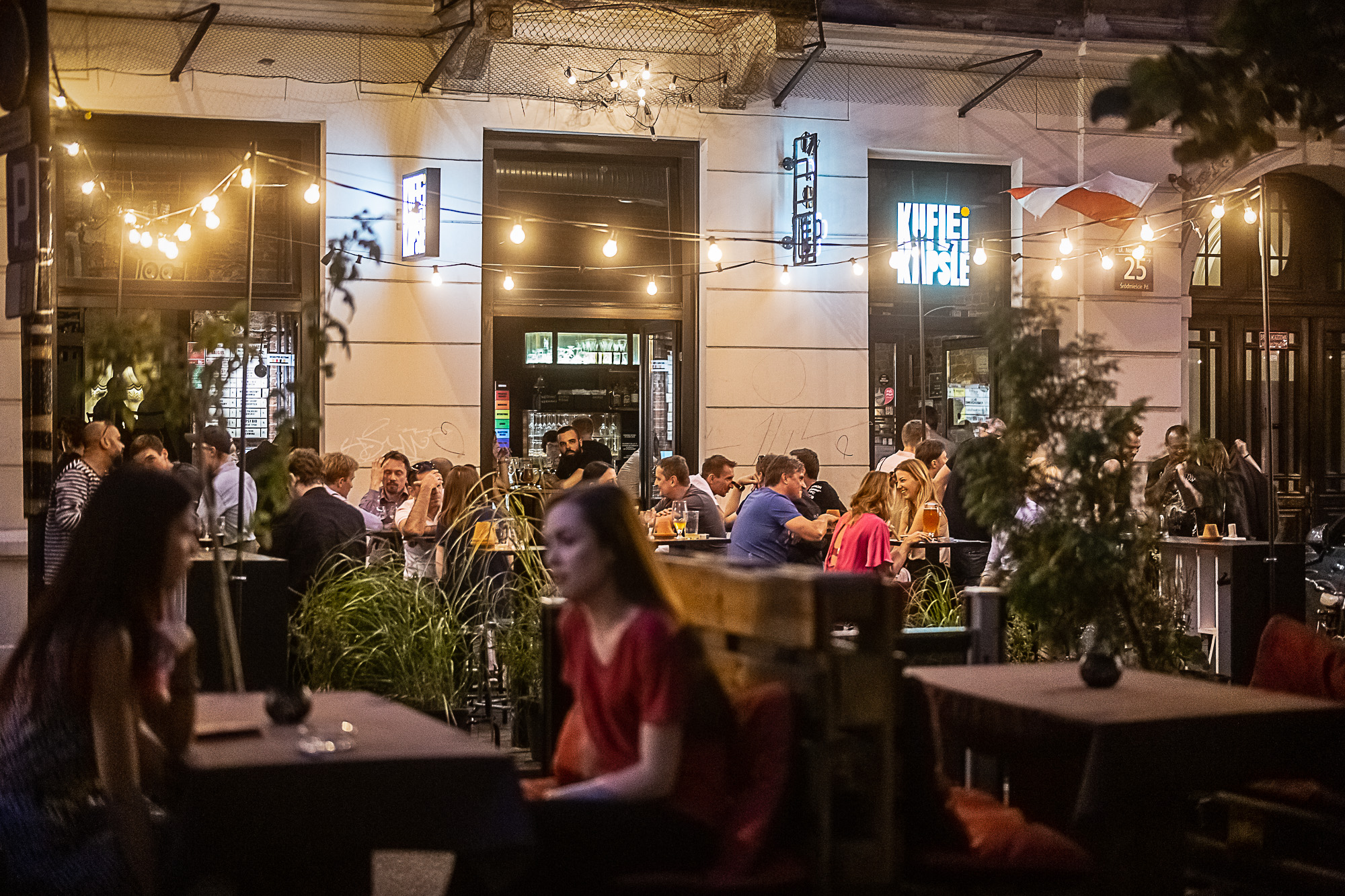 It will still many months before bars can get back to normal.Kalbar/TFN

With many bars losing anything from 90% to 100% of their income over the last couple of months, a vast number now find themselves desperately treading water.

“It’s pretty easy for a bar to estimate how many clients they’ll pull, how much money they’ll take, and how much they’ll need to pay out, and frankly it’s not balancing out,” says Leszczyński. “For craft beer, this is just the beginning of the crisis, and my fear is that we’ll see the small bars and restaurants that make our city centres so dynamic replaced by bigger corporate operations with extensive funding – that can’t be good for the consumer.”

Breweries have been hit equally hard, handicapped by strict laws forbidding the online sale of their products. 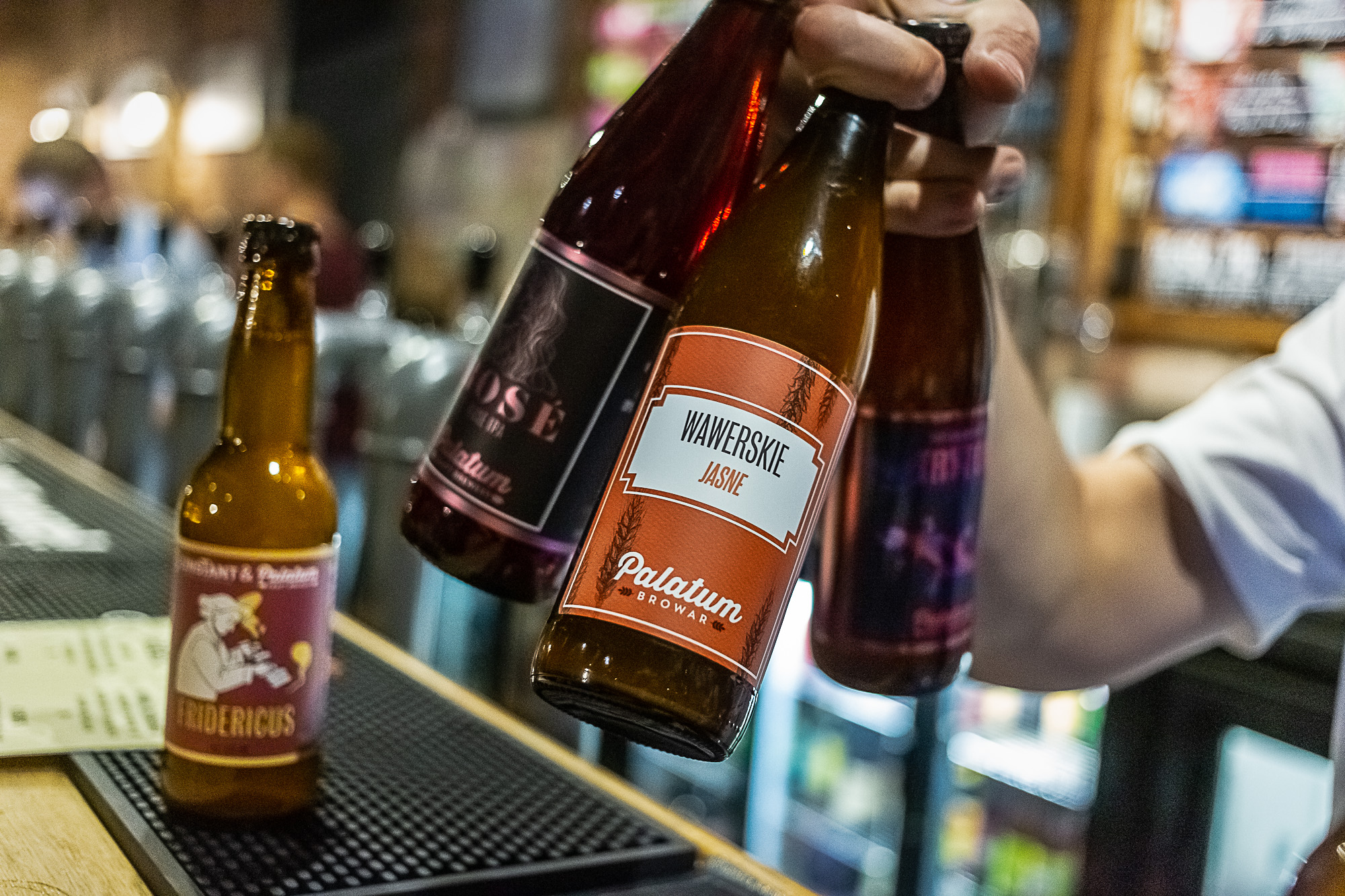 Breweries have been hit equally hard, handicapped by strict laws forbidding the online sale of their products.Kalbar/TFN

“So far nowhere near as many breweries have closed as I first thought,” admits Leszczyński, “and it’s been quite peaceful on that front, however, that doesn’t mean that several aren’t losing lots of money.”

With many located in rural areas or smaller towns (“wherever land is cheaper,” explains Leszczyński), frustrations have mounted at the restrictions surrounding digital sales. “These breweries weren’t built with direct sales in mind,” says Leszczyński, “quite simply because people in these little towns and villages can’t afford the price. For these breweries, therefore, a big struggle has been getting their beer out to the people that actually drink it.”

Pulling no punches in his appraisal of the wider situation, Leszczyński paints a stark picture. Despite that, there is hope.

“Before I think people had a view of craft breweries as being run by bearded idealists, and that wasn’t too far wrong,” he says. “Now though, these same idealists are having to really think about how to run a successful business, not just for the sake of themselves but also their employees.” 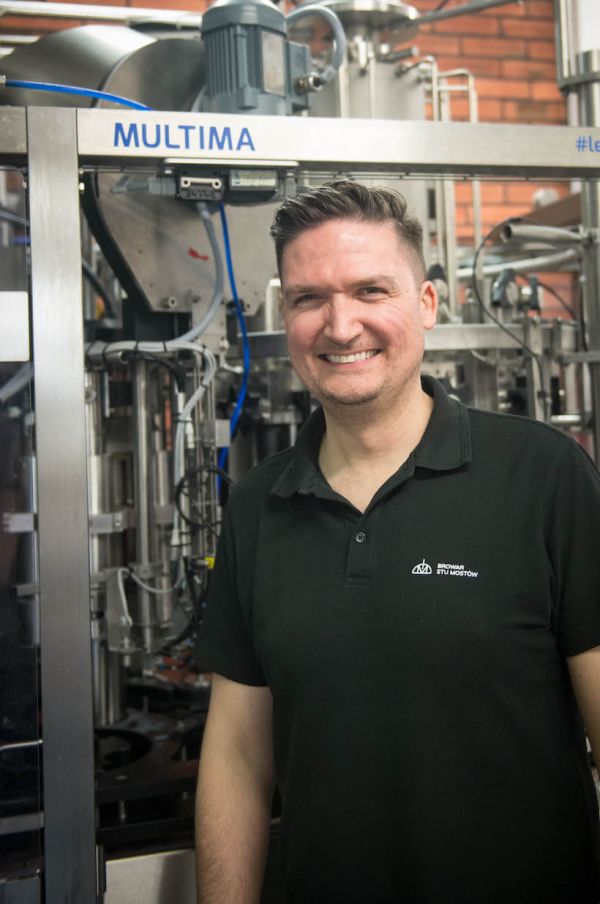 Grzegorz Ziemian, founder of Wrocław’s Browar Stu Mostów which is considered one of the nation’s most innovative breweries said: “It’s been incredibly difficult but we’ve learned a lot as both a business and as people – if our team felt like a family before, now we’re all even closer.”Grzegorz Ziemian

Romance, it would seem, has been replaced by reality with the learning curve proving steep but not insurmountable.

Acting as a beacon in this has been Wrocław’s Browar Stu Mostów. Considered one of the nation’s most innovative breweries, their response to the crisis has been swift.

“Actually,” says the brewery’s founder, Grzegorz Ziemian, “when news broke of the lockdown my first thought was, ‘how the hell do I get back into the country!?’ I was in Budapest at the time collaborating on a beer project with the Mad Scientist brewery, but other than that we were already kind of expecting the news and preparing plans to close the taproom for the safety of our staff.”

Slowing beer output so as not to multiply their problems, the decision was immediately taken to instead rapidly expand the food delivery offer provided by Browar Stu Mostów’s on-site restaurant and bar, whilst also using the opportunity to play with new experimental brews. With a strong network of international channels also already established, the brewery remained active in its exports. “In some instances,” says Ziemian, “some partners even started buying more than prior to the crisis.”

Co-founder of the Warsaw beer festival, Paweł Leszczyński, says that with many bars losing anything from 90% to 100% of their income over the last couple of months, a vast number now find themselves desperately treading water.Kalbar/TFN

Quick to adopt a coherent strategy, the brewery has demonstrated a strong will to fight back against the challenges that have presented themselves.

“We’ve learned how to be more flexible and agile, so we managed to make rapid changes and introduce new measures, products and services,” says Ziemian. “Along the way, we’ve learned to manage our supplies and inventory closer and in the coming months we’ll be more rigid in our payment terms: cash is king!

“On top of that,” he continues, “we’re cutting down on all non-essential spending and preserving cashflows as much as possible. Don’t get me wrong, it’s been incredibly difficult but we’ve learned a lot as both a business and as people – if our team felt like a family before, now we’re all even closer.”

On a macro level, the togetherness demonstrated by the craft industry has counted in its favour and has resulted in such initiatives as the launch of Radio Wolny Kraft, a multimedia platform created by Leszczyński and nine others involved in the craft beer scene to act as a unifying voice for the industry. 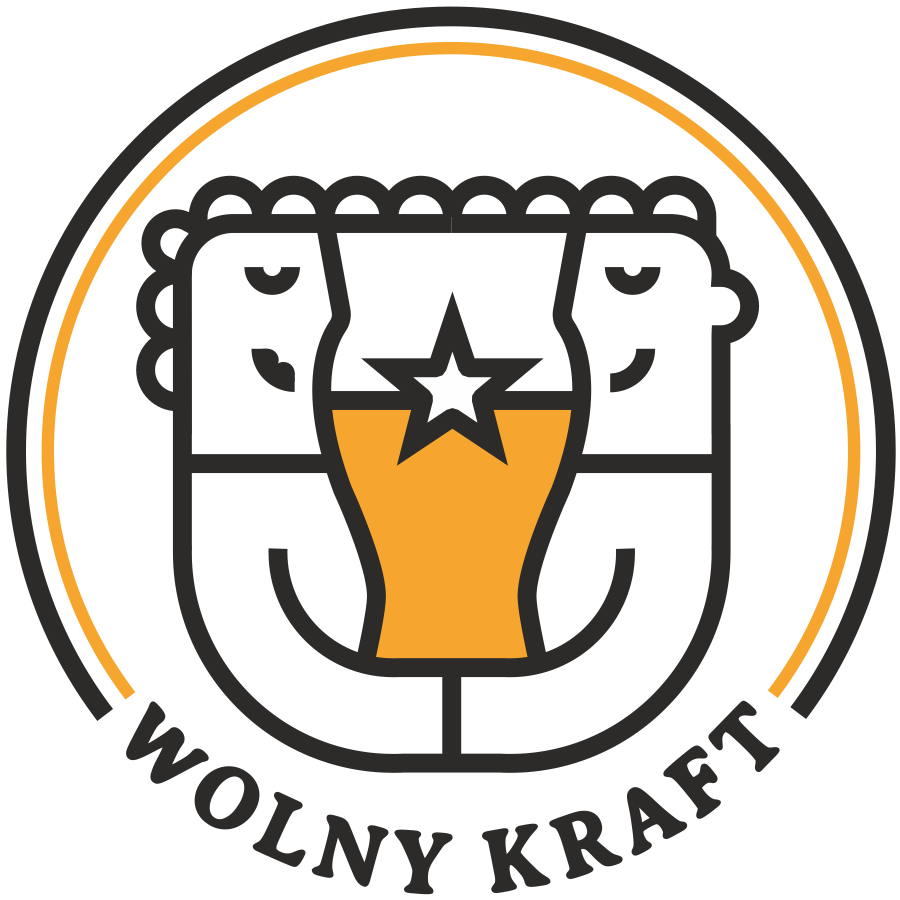 On a macro level, the togetherness demonstrated by the craft industry has counted in its favour and has resulted in such initiatives as the launch of Radio Wolny Kraft, a multimedia platform created by Leszczyński and nine others involved in the craft beer scene to act as a unifying voice for the industry.Wolny Kraft

“We created the service so that we could exchange information,” says Leszczyński. “The situation has shown how important it is to have a good flow of honest information. It hasn’t been established to provide good news but to tell people the truth about what is happening to the industry and the very serious trials it now faces.”

Along the way, the project has sought to brainstorm ideas, encourage transparency, promote better practices and connect suppliers, brewers and bars. It is perhaps the latter point that is the most salient.

“It sounds stupid but craft beer is not about the beer, it’s about the people,” stresses Leszczyński, “and connecting them together to show they are part of a bigger community has never been more crucial.”

These sentiments are echoed loudly by Ziemian. “We’re excited about opening our own taproom at Browar Stu Mostów and seeing our friends open theirs,” he says, “and though we already know it won’t be the same because of the restrictions, craft beer is all about people – those who make them and those that drink them! There’s still so many hurdles ahead, but we want to believe that the worst is behind us and, as such, we’re full of energy and cautious optimism for the upcoming months.” 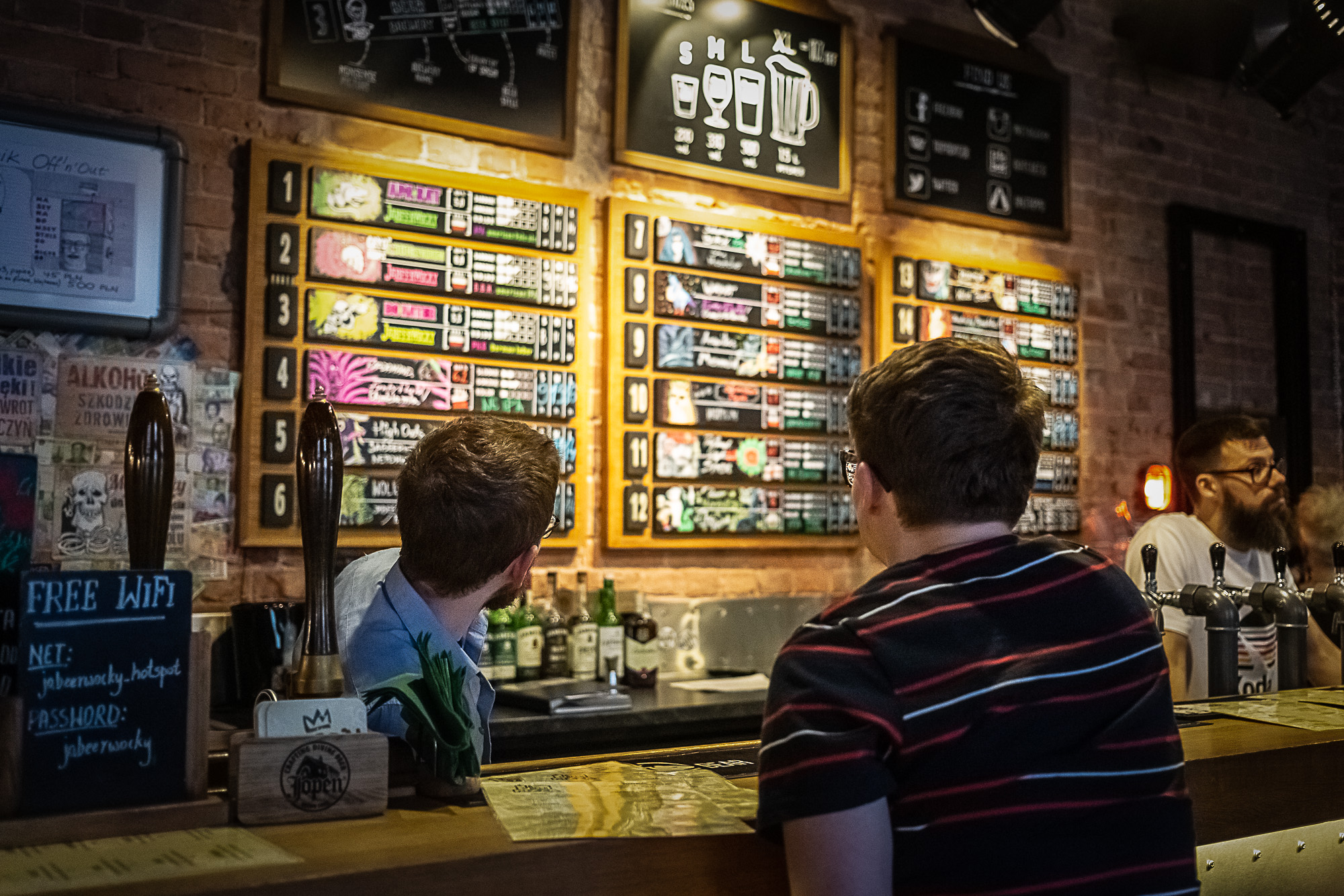 “It sounds stupid but craft beer is not about the beer, it’s about the people,” stresses Leszczyński.Kalbar/TFN

Certainly, obstacles still threaten the health of the industry and Leszczyński is mindful that the recovery of the rest of Poland’s economy will be inexorably linked with the sector’s ability to bounce back.

“We’re lucky we’ve had so few cases compared to other nations,” he says, “but the truth is we just don’t know what will happen in the future. But what we do know is that the community that we have is stronger than any temporary crisis. We’re good at adjusting to new rules, and even though we don’t exactly know what these rules will be, we’re confident that we will meet again!”