The 28-year-old also set a new world record for finishing first in just over 30 hours.

The Elbląg-born Karaś crossed the finishing line in the extreme Triple Ultra-Triathlon Ironman championships on Saturday, one hour ahead of a previous world champion after a grueling 11.4km swim, 540km cycle, and 126.6km run – (the equivalent of three marathons).

In the Triple Ultra-Ironman Triathlon all distances are tripled.

Before starting his spectacular performance in Lensahn, Germany, Karaś posted on Facebook a quote from Catalonian long-distance skier, mountain biker and duathlete Kílian Jornet Burgada, saying: "It's time to suffer, it's time to fight, it's time to win." 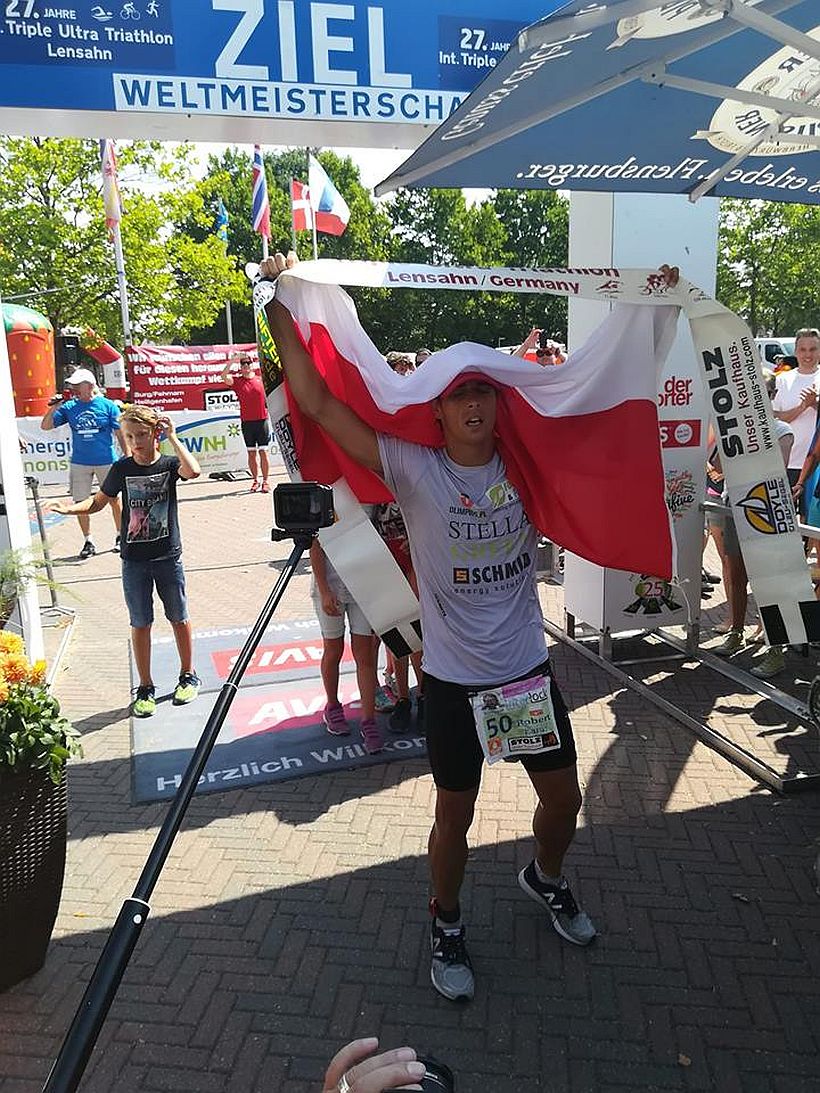 Karaś dedicated his win to the ‘weakest and most needy’ in society.
(Robert Karaś/Facebook)

After posting a photo on Facebook of himself crossing the finishing line, fans flooded his timeline with praise.

One, Paweł Kamiński, wrote: “Huge applause and respect. I can’t get my head around it. All of these activities is world championship, but doing them successively shows that nothing is impossible.”

An old school friend, Tomek Estal, posted: “Master! Unbelievable. We were running in the same school. Where did I go wrong!”

While Grzegorz Latecki simply commented: “Robert is an athlete from another planet. An amazing guy with so much motivation and character. I cannot wait for what happens next.”

Modest Karaś said he dedicated his win to the ‘weakest and most needy’ in society and said he hoped more people would support charities.

Polish team to compete in the Handball World Cup 2021