A forest destroyed by hurricane winds has been replanted into the shape of a huge Polish eagle to celebrate 100 years of Polish independence.

To redress the loss, and as part of the upcoming independence celebrations, the local forest inspectorate decided to replant the woodland – but into the shape of the giant Eagle covering 12 hectares of land along the original 1918 Polish-German border.

After weeks of preparation over 3,000 locals and others from across Poland banded together and in just one day planted nearly 100,000 trees which make up the 4.65-hectare Eagle. 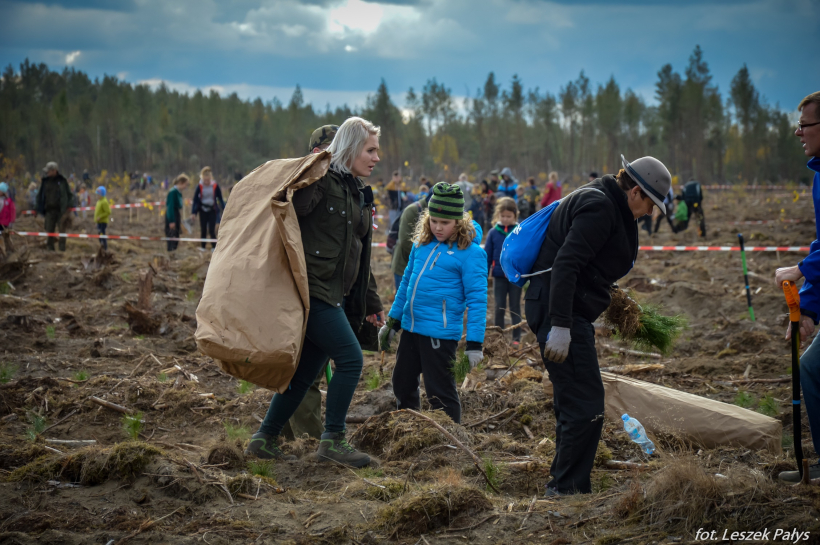 Young and old from across Poland descended on the village of Lipusz to plant trees for Independence.Forest inspectorate Lipusz

Anna Kukier from the Forest Inspectorate told TFN: “It’s something that will remain for decades.

“And it’s situated exactly along the line which was the Polish border with Germany in 1918, in the year of regaining independence.”

The gigantic Eagle ‘emblem’ is made up of 23,000 birch trees, the green background 67,000 pines, while the crown consists of hundreds of larches. 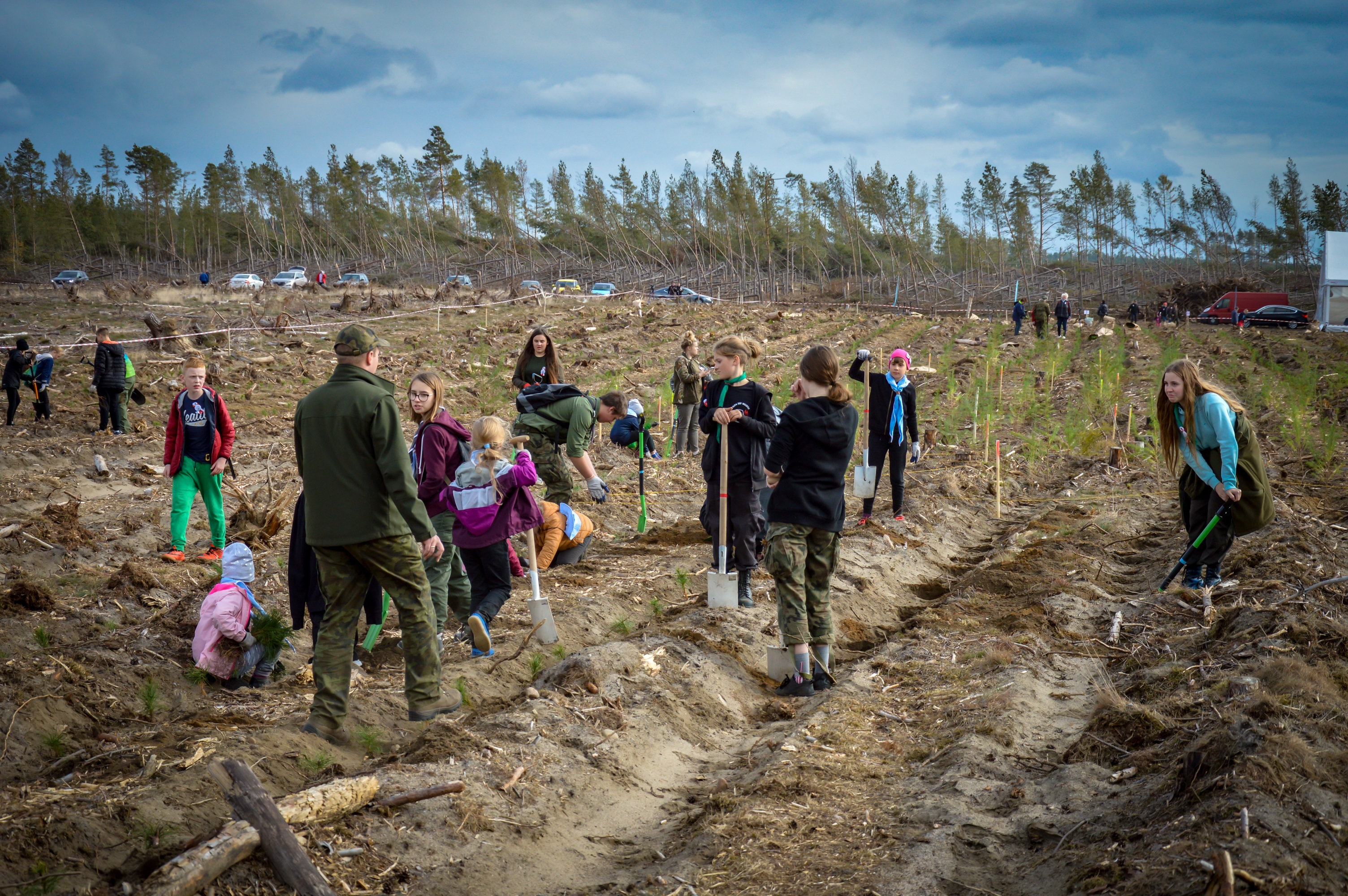 In just one day planted the volunteers planted nearly 100,000 trees which make up the 4.65-hectare Eagle.Forest inspectorate Lipusz

In preparation for the mammoth operation which took place on October 20th, the Forest Inspectorate spent weeks marking out the design with 1,000 marker posts.

The hope now is that in three years’ time it will be visible from the skies. 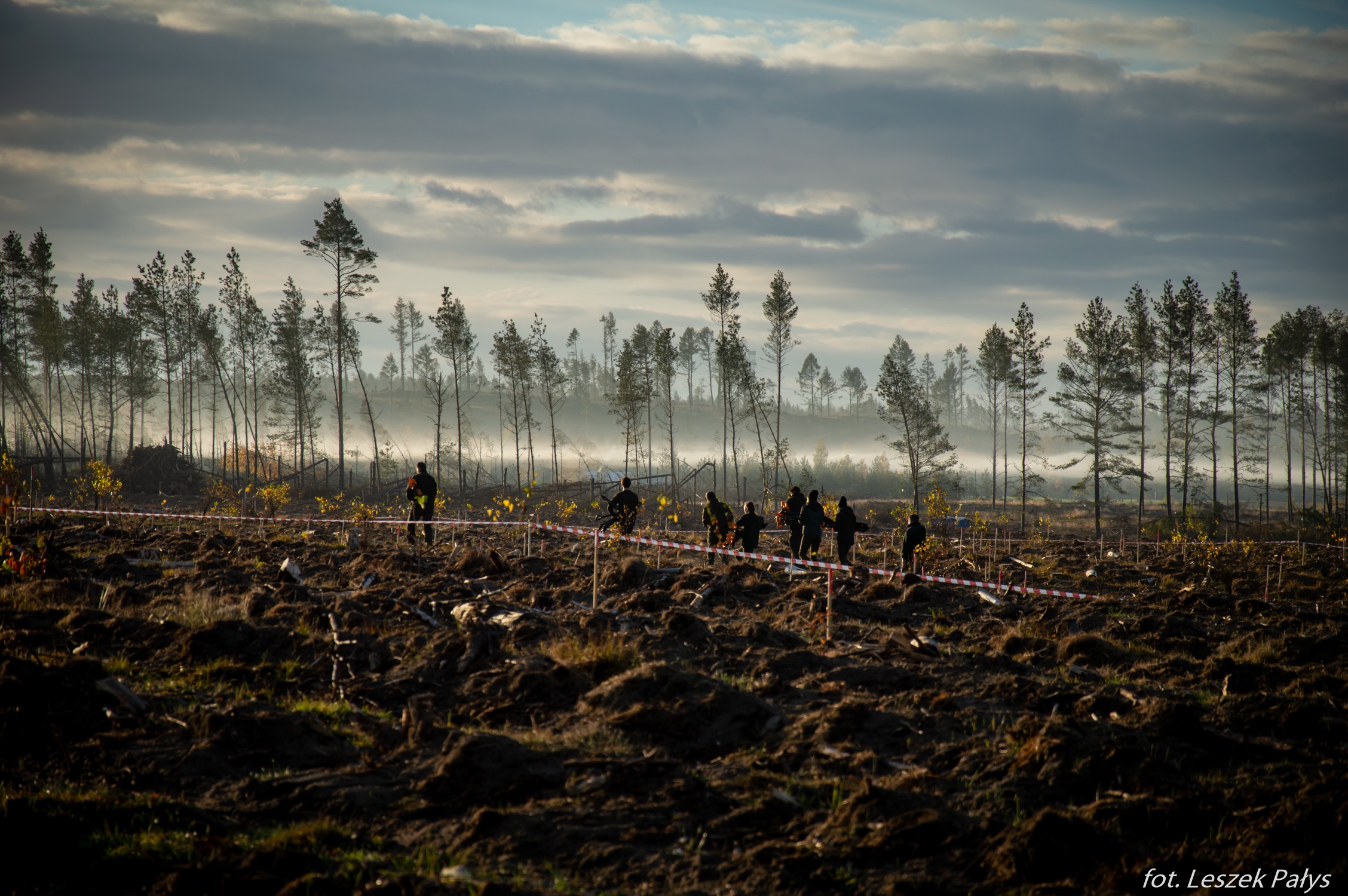 In preparation for the mammoth operation, the Forest Inspectorate spent weeks marking out the design with 1,000 marker posts. Forest inspectorate Lipusz

“My girlfriend Emilia and I travelled by train, buses and even hitchhiking.

“But it was worth it. One day I will fly over this area in an airplane and I will be able to see the trees, the Eagle, and I will think some of the trees have been planted by myself.”

The stunning feat has already been officially recognised by the Polish Records Office – the equivalent of Guinness Records – for being the largest design made from trees.

The Inspectorate is now hoping to enter their achievement into the Guinness Book of Records.