In a word: incredible. All valleys and viaducts and rugged ravines, it’s a train journey that whistles past dense, deep forests and zigzagging roads, tumbling waterfalls and cross-beamed barns.

Then, rising from a rockface, a Disney-style castle built with Cinderella in mind. Stunning in its scenery, it’s adventures like this that put the romance into travel.

But if you think that all sounds too good to be true, then I’m afraid you’d be right.

I’m not sitting aboard some dreamy Swiss train, rather I’m looking at an intricate scale model inside Warsaw’s Stacja Muzeum. And I am not alone.

Joining me is a man who appears to be in a state of high arousal. Not that I can blame him.

Spectacular in its detail and magical in its spirit, it’s a model that whisks you to a distant reality far removed from your own. 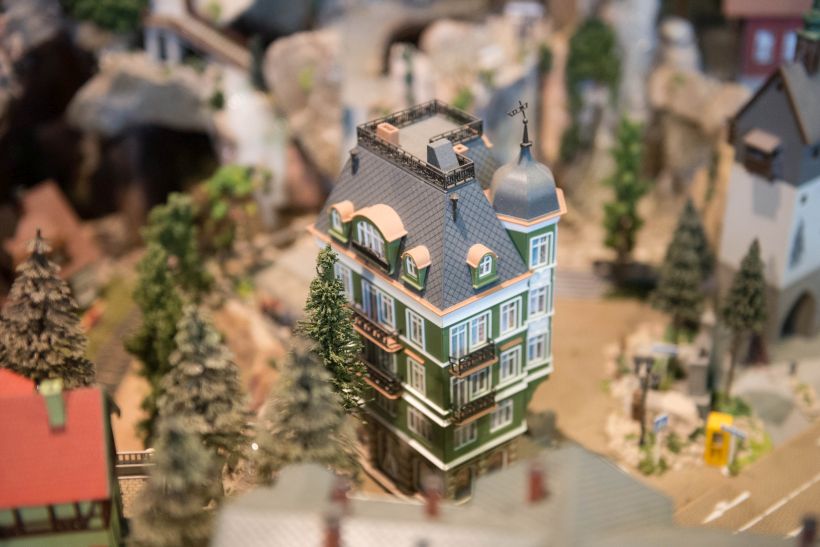 The intricate scale model inside Warsaw’s Stacja Muzeum is stunning in its detail.TFN

Looking at the scene in front, you understand the temptation to jump over the partition and become a part of it all.

Set inside Warszawa Główna, in what was originally a goods station, the terminus itself was catapulted to attention in the wake of WWII.

Having survived the German retreat with token scarring, it found itself spirited into action to serve as the capital’s key post-war point of transit.

Yet Główna’s newfound relevance was always only meant as a temporary solution, and the 1975 opening of Warszawa Centralna saw it shunted to the side and dwindle in importance. By 1997, trains had ceased using it altogether.

Warsaw might have lost a functioning station, but in its place it has gained a museum of quirky appeal. 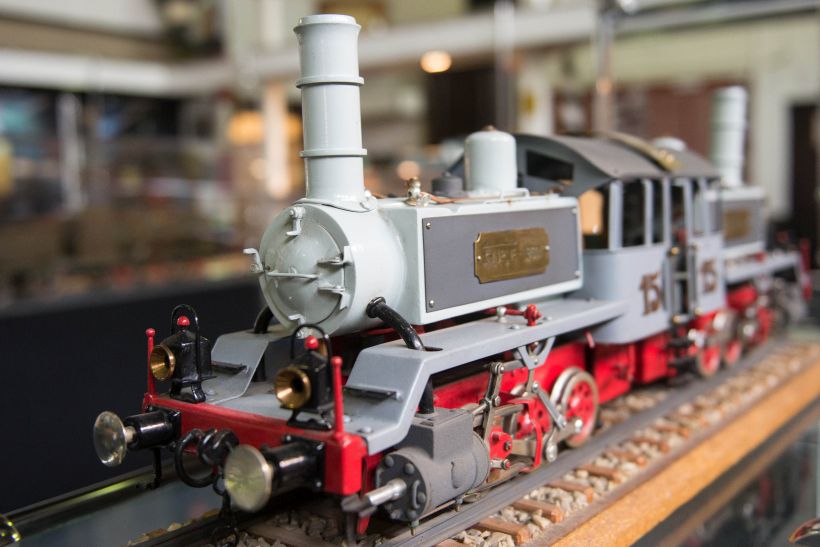 Visitors are treated to what is a charmingly gentle, old school experience which includes 200 models of locomotives through the ages.TFN

With Główna characterized by its arced, modernist main hall, it’s in this stuffy chamber that visitors file past exhibits that stubbornly ignore the demands of the present. Special effects? CGI? Multimedia? Not here, praise the Lord.

Instead, the trickle of sightseers are treated to what is a charmingly gentle, old school experience: 200 models of locomotives through the ages, traffic control equipment, stained station clocks, dusty communication devices and the kind of ugly mannequins you’d usually find poking out of a rubbish tip.

Refreshingly, gimmickry is kept in check and limited to a few model trainsets that chug into action at the drop of a coin, as well as a diorama of a VIP reception room added to this station to coincide with the 1955 International Festival of Youth & Students.

Walking amid the random assembly of items, one gets the sense of a museum born of a different time; and frankly, it feels all the better for it. At last, you think, here’s a museum that values history over technology. 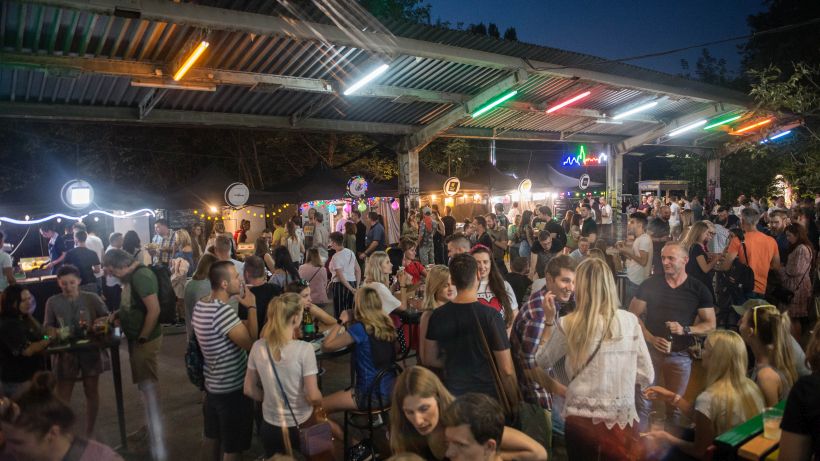 As the crowds ebb and flow down the platform, slurping on noodles or munching on artisan donuts, DJs straight from the School of Cool lift the atmosphere further with big, urban beats that ring into the night..TFN

That feeling reaches a crescendo outdoors, for it is here, out the back, that the true star attractions are actually found.

Over fifty trains and carriages have been assembled, including the only Polish artillery wagon to survive WWII and the personal railway wagon of Poland’s first post-war leader, Bolesław Bierut.

Once used by the Nazi elite (among them the head of the German Labour Front, Robert Ley, and Reich Governor Arthur Greiser), it was specifically revamped for Bierut to feature red velvet splashes, walnut finishes, crystal mirrors and leather armchairs.

Seen as the museum’s most precious draw, the decadent interiors of this saloon car are mystifyingly only opened around once a month, so alternatively visitors are left to clamber around rotting wrecks from later years.

This is by no means a poor substitute. That such a cemetery of rusting metal exists in the centre of a capital city feel extraordinary and eccentric in equal measure. 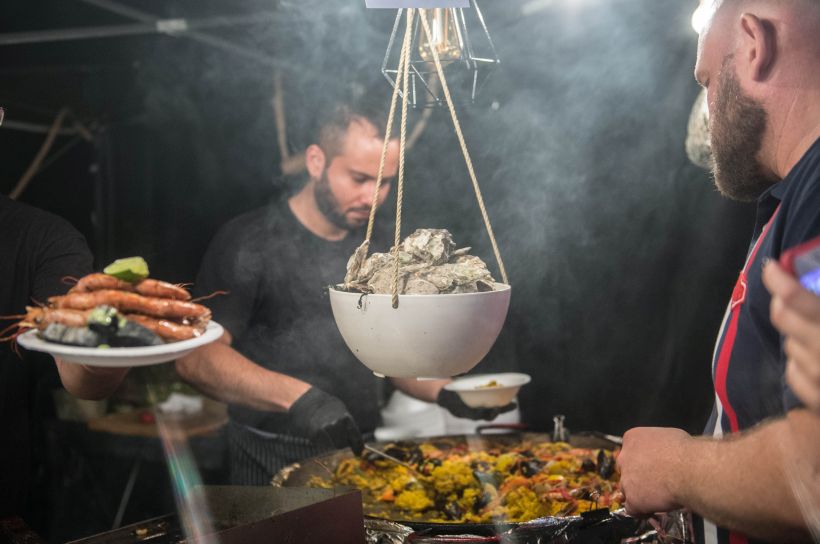 Ethnic food stalls proliferate, with pungent aromas mixing into one to produce a thick, hanging swirl of seductive smells.TFN

However, there is more to Główna than just knackered old trains. Through the 60s, the existence of the capital’s only all-night restaurant drew a scrum of people: from artsy celebs all the way down to shady crooks living on the fringe of the law.

In short, it was the place to be. In many ways it still is, and that’s entirely thanks to the Nocny Market.

First opened in 2016, this summer initiative has seen Główna’s disintegrating platforms turned over to dozens of traders vending everything from vintage hats and silly socks to handmade trinkets and retro posters.

And if you want your beard waxed or a new tattoo then this, too, is where to head – looking at it all, it’s as if the Age of Hipster never died.

Mostly, though, it’s for its food and drink that Nocny Market is known.

Ethnic food stalls proliferate, with pungent aromas mixing into one to produce a thick, hanging swirl of seductive smells. 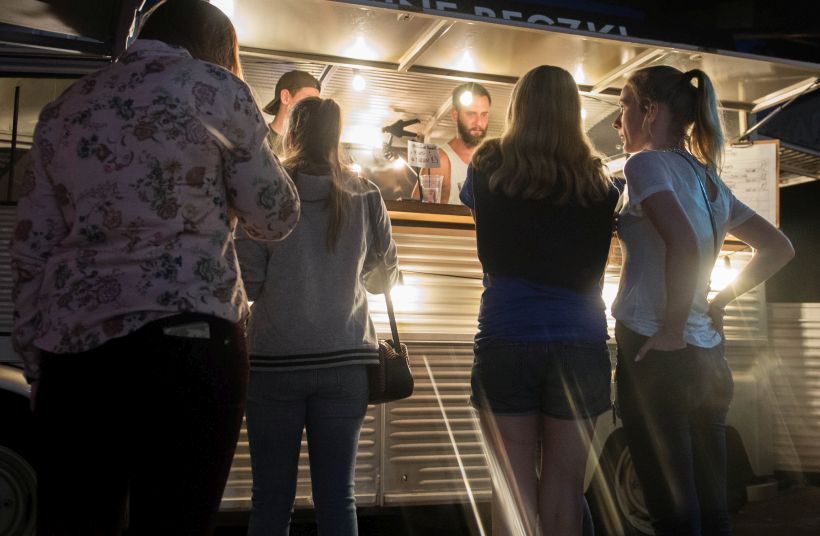 First opened in 2016, this summer initiative has seen Główna’s disintegrating platforms turned over to dozens of traders vending everything from vintage hats and silly socks to handmade trinkets and retro posters.TFN

As the crowds ebb and flow down the platform, slurping on noodles or munching on artisan donuts, DJs straight from the School of Cool lift the atmosphere further with big, urban beats that ring into the night.

Raw, electric and irresistible, there’s an energy here that’s impossible to replicate. It’s not, as some people say, comparable to anything in Berlin, it’s actually something better.

But make hay while sun shines: with Główna allegedly set for redevelopment later in the year, rumours are rife that this summer will be Nocny Market’s last – at least in its current format.

Should that happen, Warsaw stands to lose an exceptional little something that unifies the city.

Culture-starved Poles flocking back to museums