Totally wall-some: with its roots in street art, one Warsaw company has taken the ad world by storm with its outrageous murals

In a country increasingly fatigued by billboard advertising, one Warsaw-based firm has hit on an artisanal minded alternative whilst also winning the public’s widespread approval and the media’s unflagging attention.

Founded in 2008 by Karol Szufladowicz and Bartek Lesniewski, Good Looking Studio has revived the art of the hand-painted advert and transformed numerous Polish cities with their supersized work and innovative solutions. Adding big bangs of colour to the streets of Poland, their projects have captured the zeitgeist by summoning the world’s passion for edgy outdoor art and channelling it to create dynamic advertising campaigns that cause people to stop dead in their tracks.

In the process, they’ve collaborated with brands such as Nike, Levis and Microsoft while being awarded a significant number of column inches in Poland’s design and lifestyle publications. 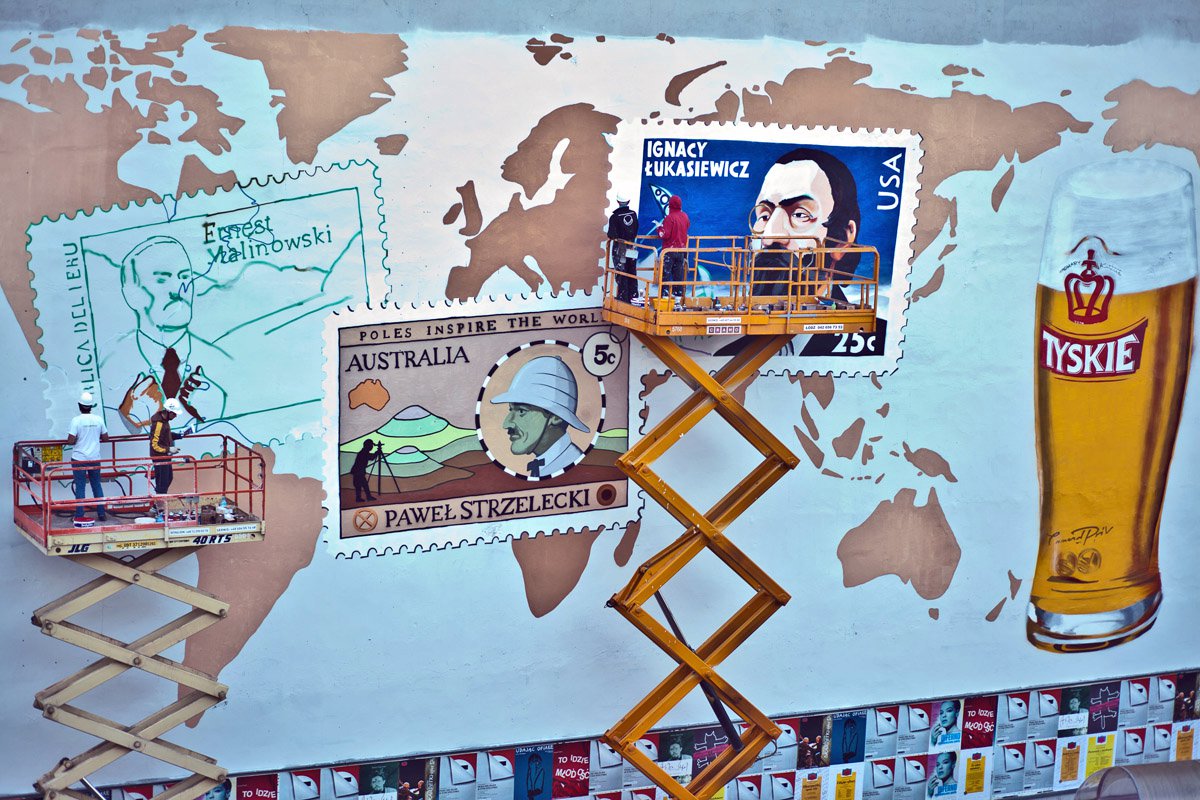 'Our work has a human element. It’s artisanal and hand-crafted. People stop to watch our team work,'says Karol.Good Looking Studio

All things considered, it hasn’t played out too badly for a firm that started out in the squashed confines of a loft.

“Both Bartek and I have a background in graffiti, so it was natural that we went into working in visual communication,” says Karol when remembering the early years. “At first we were involved in all sorts such of related elements such as graphic design, but bit by bit we dropped the rest behind to concentrate on hand-painting commercial murals.” 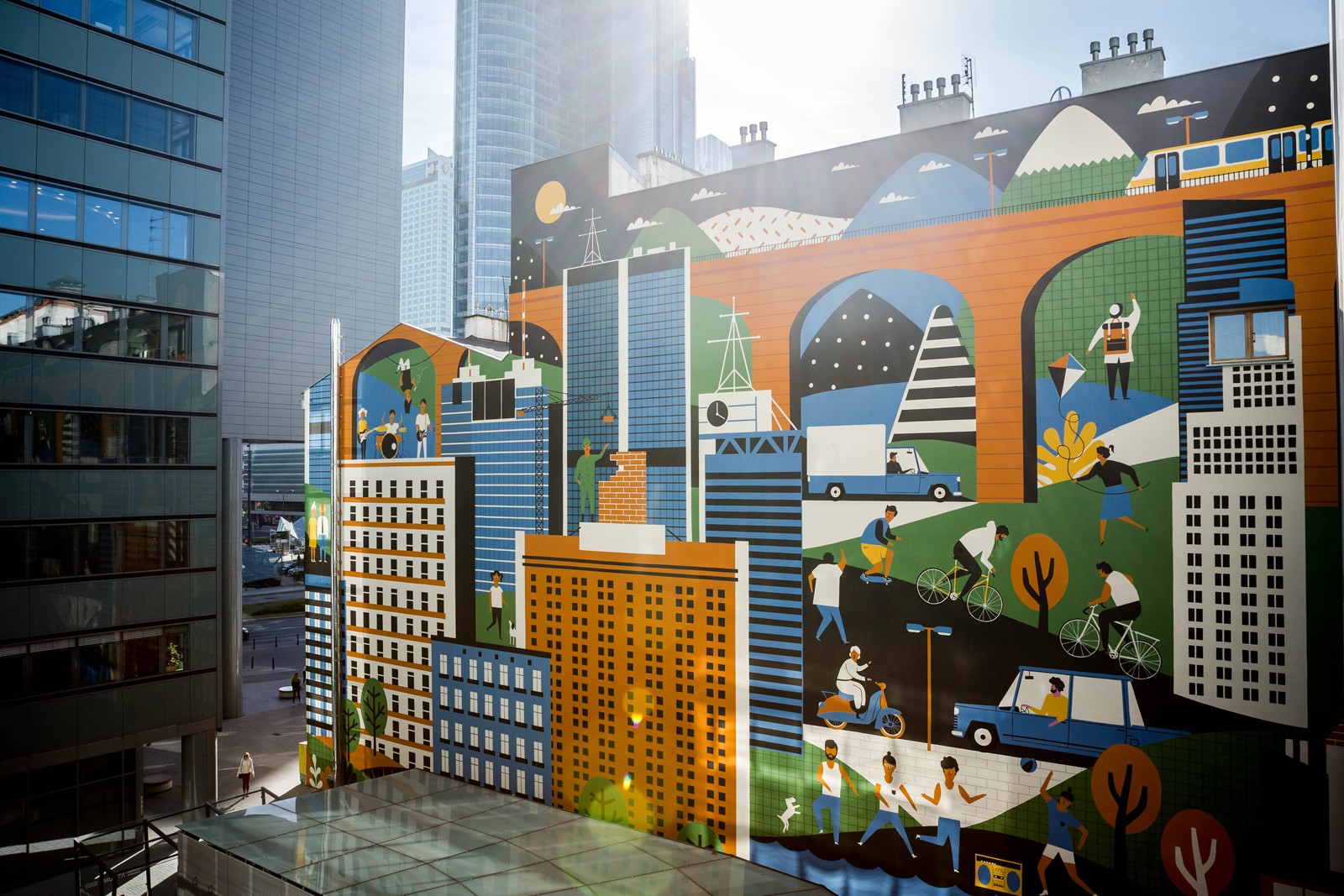 A mural for Skanska, but other big names the firm has worked for include Nike, Levis and Microsoft.Good Looking Studio

Working in those days from a cramped fifth-floor attic (“one table, two laptops,” recalls Karol with a laugh), the big break came when a coffee brand asked Good Looking Studio to simultaneously produce several new murals at the same time. “Up to that point,” says Karol, “we had been growing step-by-step, but that really provided the energy and financing to push us to the next level.”

With their footing established, a watershed had been reached. “We grew organically as a result of our passion,” says Karol. “But though we were already learning how to talk to clients and give better client service, we needed others with ‘bigger business heads’ to help achieve the next step. As the possibilities kept growing, so too did the realisation we couldn’t just ‘freestyle’ the business anymore.” Consultants were recruited and a three-year strategy was born. “All of a sudden,” grins Karol, “we went from wearing shorts to long trousers.” 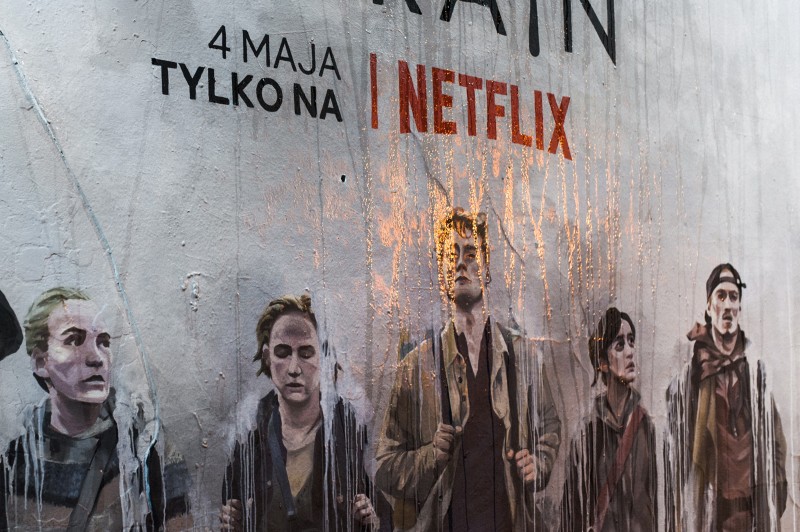 This mural for the Netflix series ‘The Rain’ received a regular dousing of water to enhance the effect.Good Looking Studio

In a classic example of the snowball effect, orders kept coming in and the business was buoyed by the market’s appetite for the unique solutions offered by Good Looking Studio. “The pace of the world is accelerating,” says Karol, “and I think the faster it gets the more people are looking out for something a little ‘slower’. Something personal. Rather than going to a supermarket to buy bread, they see the value of something artisanal from a local market – they want to buy from a ‘real person’.

“In many ways, we’re like that,” continues Karol. “Sure, if you’re a business you can choose to advertise your services with a billboard or a vinyl screen, but by getting something hand-painted you’re getting an ad that people genuinely enjoy looking at. Our work has a human element. It’s artisanal and hand-crafted. People stop to watch our team work.” 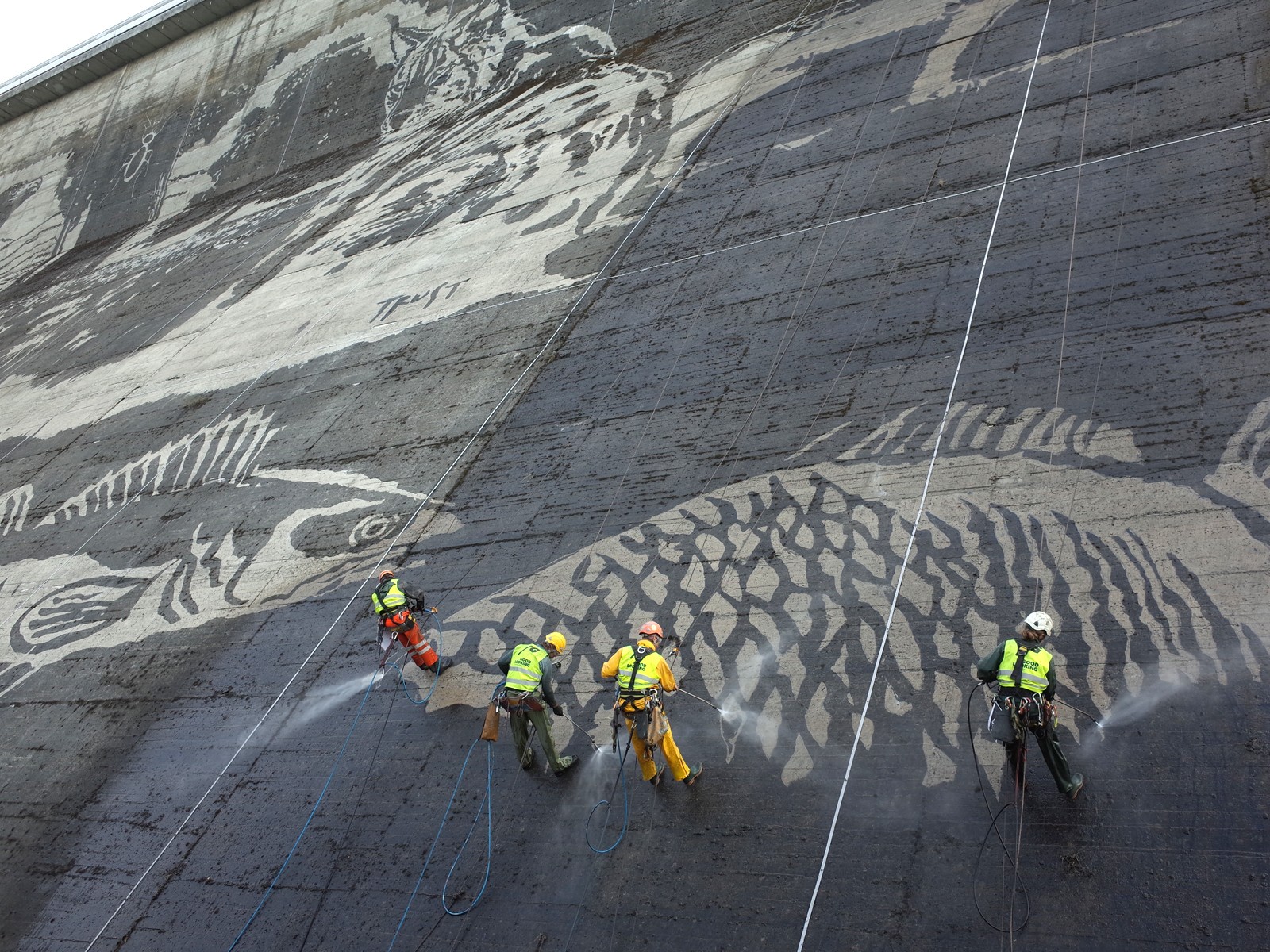 Some of the work is not for the faint hearted.Good Looking Studio

And well they might. Known for their increasingly complex works, Good Looking Studio’s portfolio is an essay in thrilling designs that challenge the norm. Of their non-standard projects have been giant paintings involving UV or reflective paint, video mapping and, in one case, a sprinkler system positioned at the top of the ad.

“The latter was for Netflix,” says Karol. “They were promoting a series called ‘The Rain’ so we installed a shower-style system that came on once an hour to give the mural an ambient, rain-like effect.” 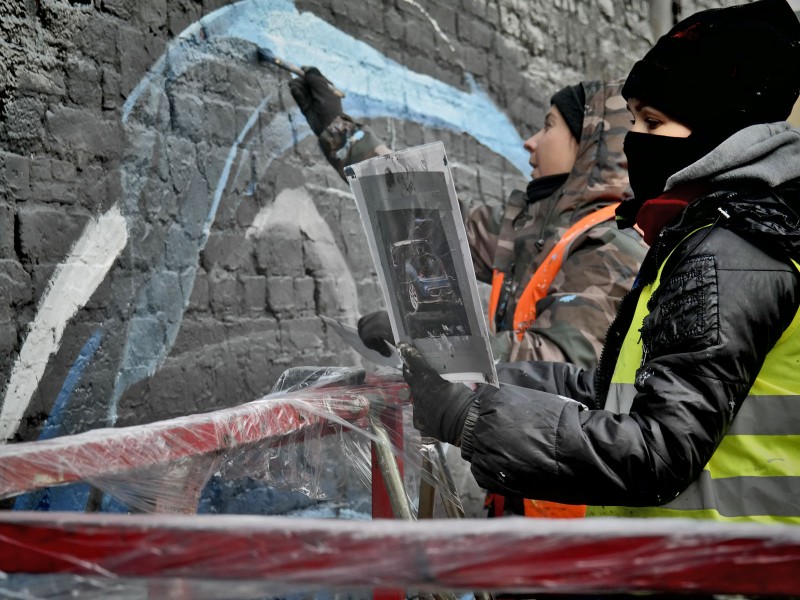 The firm’s artists have to work in conditions ranging from snow to scorching heat.Good Looking Studio

Other projects have been equally inventive, if not more so. Commissioned by PGE, the country’s biggest power company, Good Looking Studio were handed the task of giving the Solina dam in the Bieszczady region a new look while not harming the surrounding natural environment. Without involving the slightest lick of paint, they set about the task by using high-pressure water jets to leach dirt off the dam’s face and form a startling 4,000-sqm mural depicting the region’s wildlife. Two weeks in the making, it became Europe’s biggest ecologically produced mural and a touristic sensation. 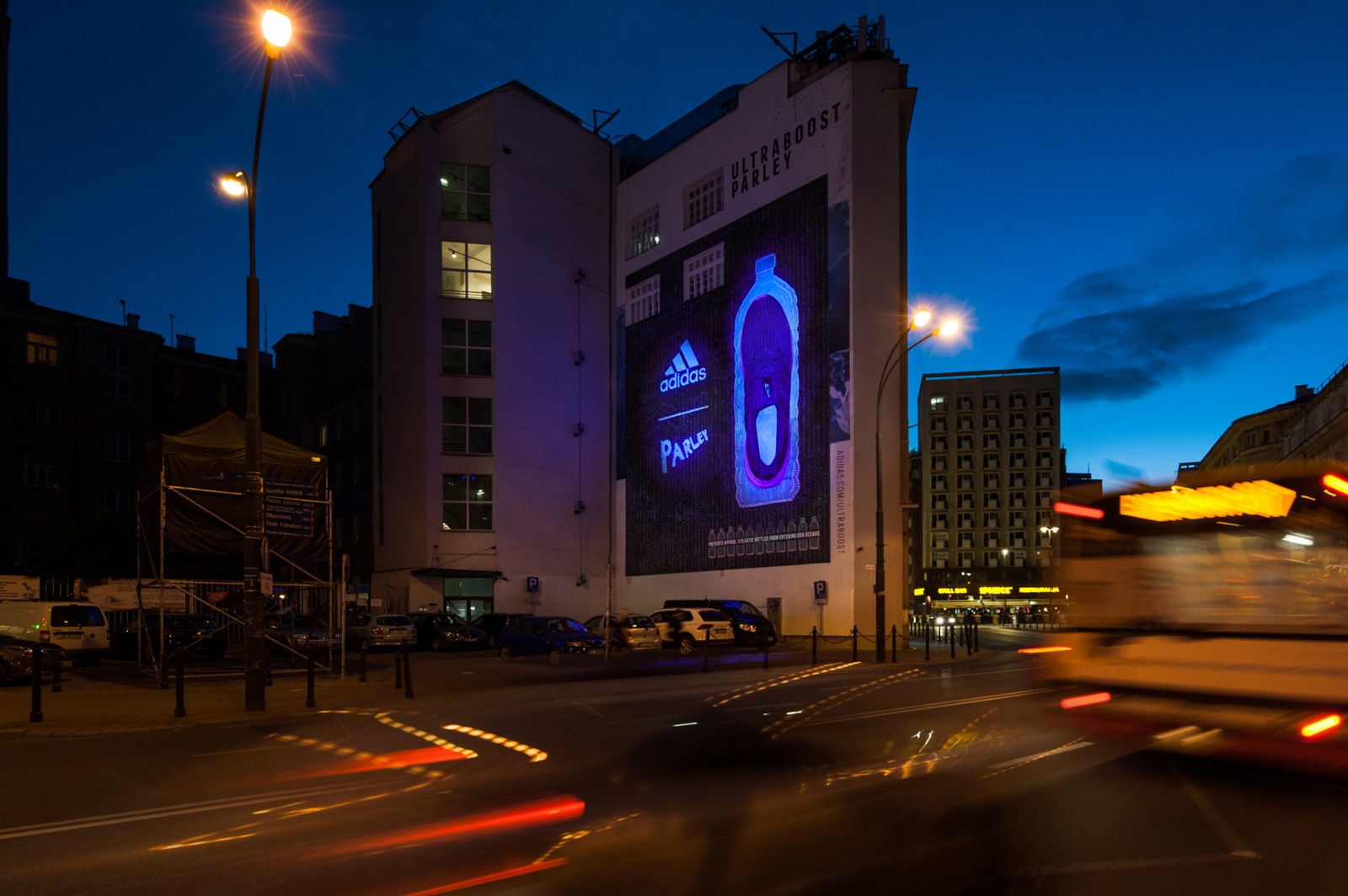 One of the firm’s huge murals glows in the dark.Good Looking Studio

On another occasion, a Red Bull aerial event saw an astonishing ‘grass branding’ that presented a 10,000-sqm logo on the turf so as to be visible from the air. “Clients will always come to us and say they want something extra,” says Karol, “and when we look back every now and again we can see that we’ve really pushed the boundaries and reached a new stage.”

Serving on the frontline of this are the so-called “wall dogs”, hardened painters whose duty it is to realise the vision of Good Looking Studio and the client in question – no matter the conditions. “I haven’t had the time to paint myself for a while,” says Karol, “but we’ve got a crew of painters who, in many cases, have been with us for years and years. Their safety harnesses are attached to scaffolds or lifts so in essence they’re like leashed dogs – hence their name. Whether it’s raining or snowing, they’re there hour after hour sticking to their wall.” 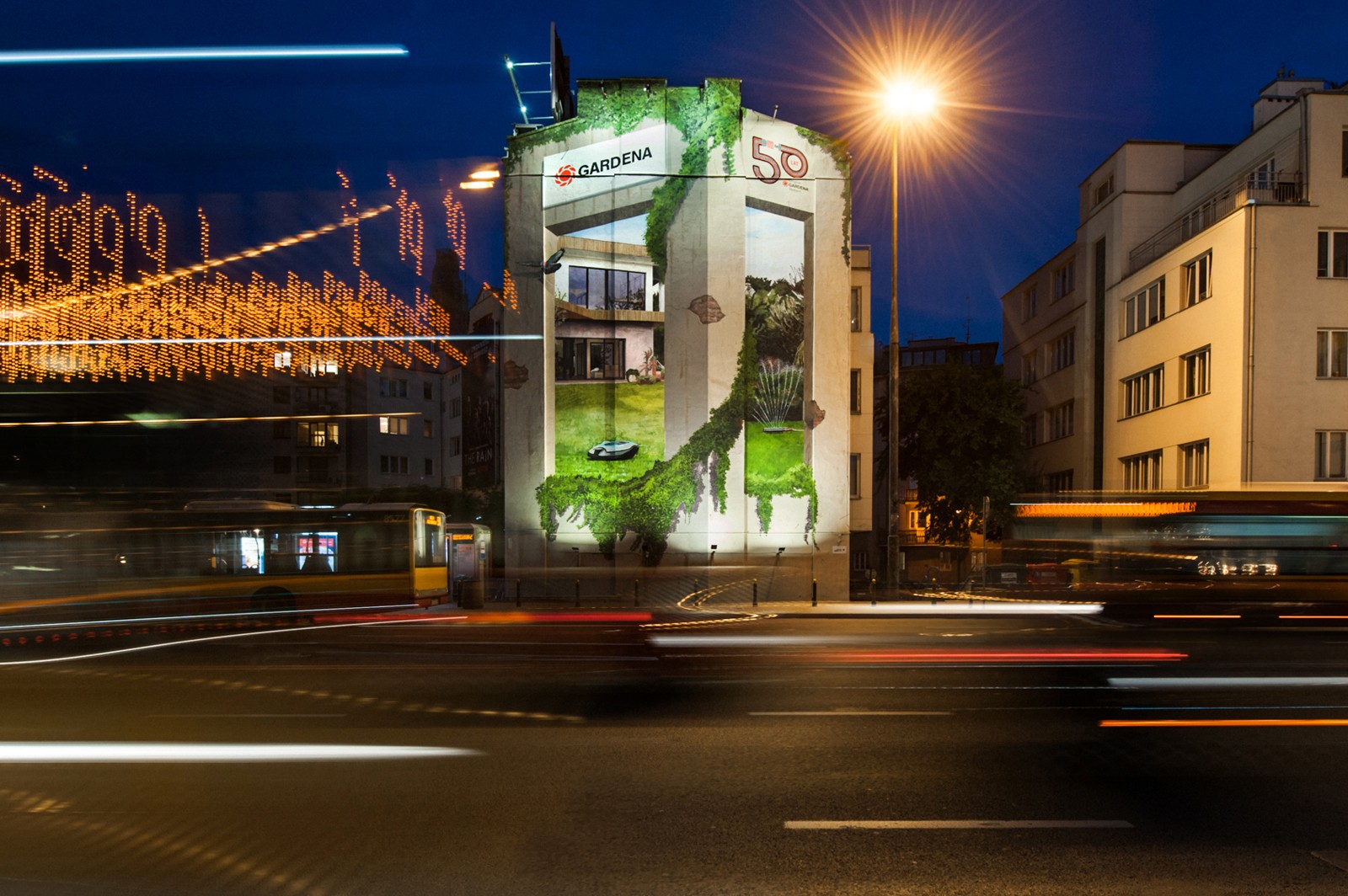 'Clients will always come to us and say they want something extra,' says Karol.Good Looking Studio

When it comes to joining this crack squad of painters, an art degree helps, but it’s not the be all and end all. “You can be a great painter,” warns Karol, “but this is different to painting on canvas. Some great painters just wouldn’t know where to begin when presented with a 300-metre wall. On top of that, they need to be tough – mentally and physically. Our wall dogs are out there for an average of ten hours a day, sometimes in temperatures of -12, and other times in heatwaves when the temperature hits the 30s. It’s definitely not a job that anyone can do.”

It is, however, a job that everyone appreciates. Stunning in their size, scintillating in their message, rarely – if ever – has a form of advertising been met with such applause.