Many people wouldn’t take the battery-powered Nissan Leaf further than the shopping centre for fear of it running out of juice. But adventurer Marek Kamiński is unlike many people. He took one on a 13,000-kilometre epic journey from Zakopane to Tokyo to show the world electric cars can go the distance, and that you can travel without affecting the environment.

The 54-year old, who holds a Guinness World Record for being the first person to make solo treks to both the north and south poles, drove through seven countries from May to July this year on his battery-powered marathon. A journey made all the more challenging by the need to find charging points in places where charging points were few and far in between.

The aim of the No Trace Expedition was to raise awareness of the need to look after the planet. “Marek Kamiński, traveling by an electric car created for cities, wants to make us realise that it is possible to travel far in difficult conditions while at the same time having a positive influence on the environment, protecting it from the harmful traces of human activity,” said a statement posted on his website.

Kamiński’s journey took him through regions which were thought to be inaccessible to electric cars. The Siberian wilderness, the Gobi desert and remote villages lacking a proper infrastructure posed huge challenges when it came to re-charging the Nissan. 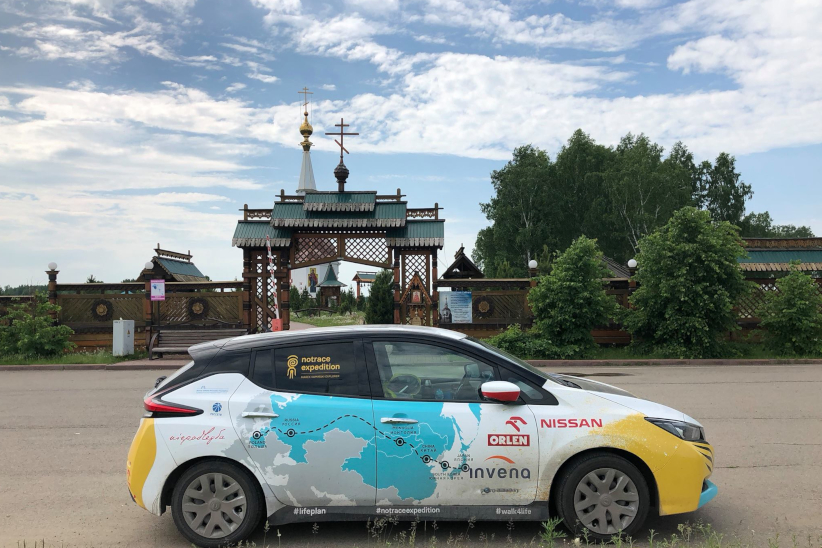 On his blog, after arriving in Mongolia, Kamiński wrote: “I’ve been driving an electric car for almost 10,000 km. I left behind Lake Baikal and reached Mongolia. Even though the road is demanding and power sources often different to the charging points available in urban areas, I’m finishing the first and very important stage of the No Trace Expedition.

“At this point I can say I have achieved something that even the Russians I met along the way doubted was possible,” he continued. “I drove on my own through Siberia in an electric car, and I was the first person in the world to do it.”

The adventurer said the people he met on his way, despite their misgivings about his mission, were crucial to the success of the journey. Their openness and hospitality meant that he was able to find a place to stay, and, perhaps more importantly, a place to plug his car into. 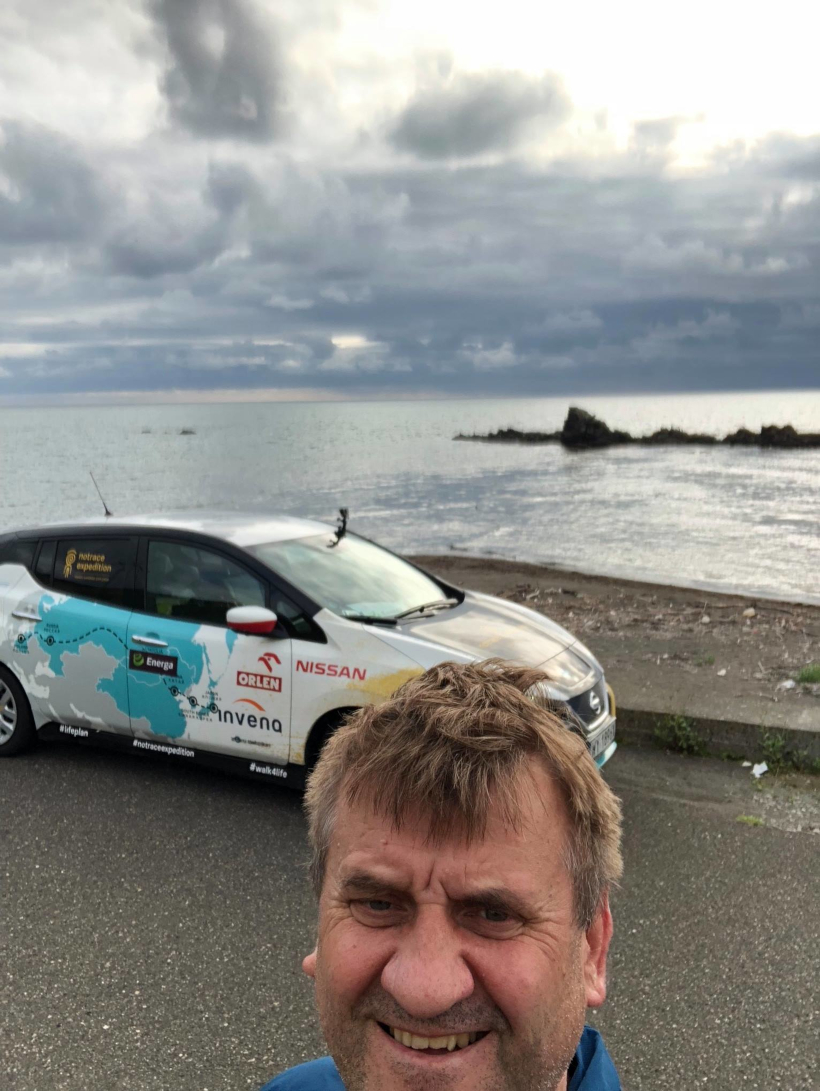 A quick selfie during the long, long trip.Facebook / Marek Kamiński

On August 27, upon completing the journey, he remarked on Facebook: “Me and my Nissan Leaf have reached the objective of our #NoTraceExpedition – Japan. It’s a symbolic finale, but the finish line may also mean the beginning, just like in a circle. After all those kilometres driven in the spirit of #NoTrace, I still have a hunger for zero-emission travel.

“That is why during the press conference in Tokyo I announced one very important decision: the #NoTraceExpedition continues! This time from Japan to Poland.”

The fact that Kamiński not only drove from Zakopane to Tokyo using nothing but batteries for power, and is prepared to make the same journey in reverse, will no doubt enhance his status as a household name in Poland.

The Gdańsk-born explorer chiselled him name into the Polish consciousness through various polar expeditions, and has become one of the country’s best known adventurers. In 1993 he traversed Greenland, went to the North Pole in 1995 with fellow adventurer Wojciech Moskal and then went once again by himself in the same year.