A tornado damaged up to 40 buildings in a town in Wielkopolskie province on Thursday morning, the fire brigade has reported, while in Krakow two construction workers were killed and two others wounded when strong winds felled a crane.

The tornado hit Dobrzyca as high winds across Poland from Wednesday to Thursday caused structural damage to almost 200 homes and other buildings.

The National Fire Brigade described the destruction in Dobrzyca as "really massive" and said that firefighters were trying to take control of the situation.

A local Fire Brigade spokesperson from Pleszew County, where Dobrzyca lies, said 50 homes had been damaged county-wide by the tornado, which struck at around 5 a.m.

"But also in the (central) Lodzkie and Mazowieckie provinces, there are several, over a dozen, damaged buildings," the national spokesperson added. "However, the most difficult situation is in Pleszew County in the Wielkopolskie province."

Brigadier Karol Kierzkowski from the National Fire Brigade said that high winds had damaged buildings in almost every county, with the worst damage suffered in the west of the country. 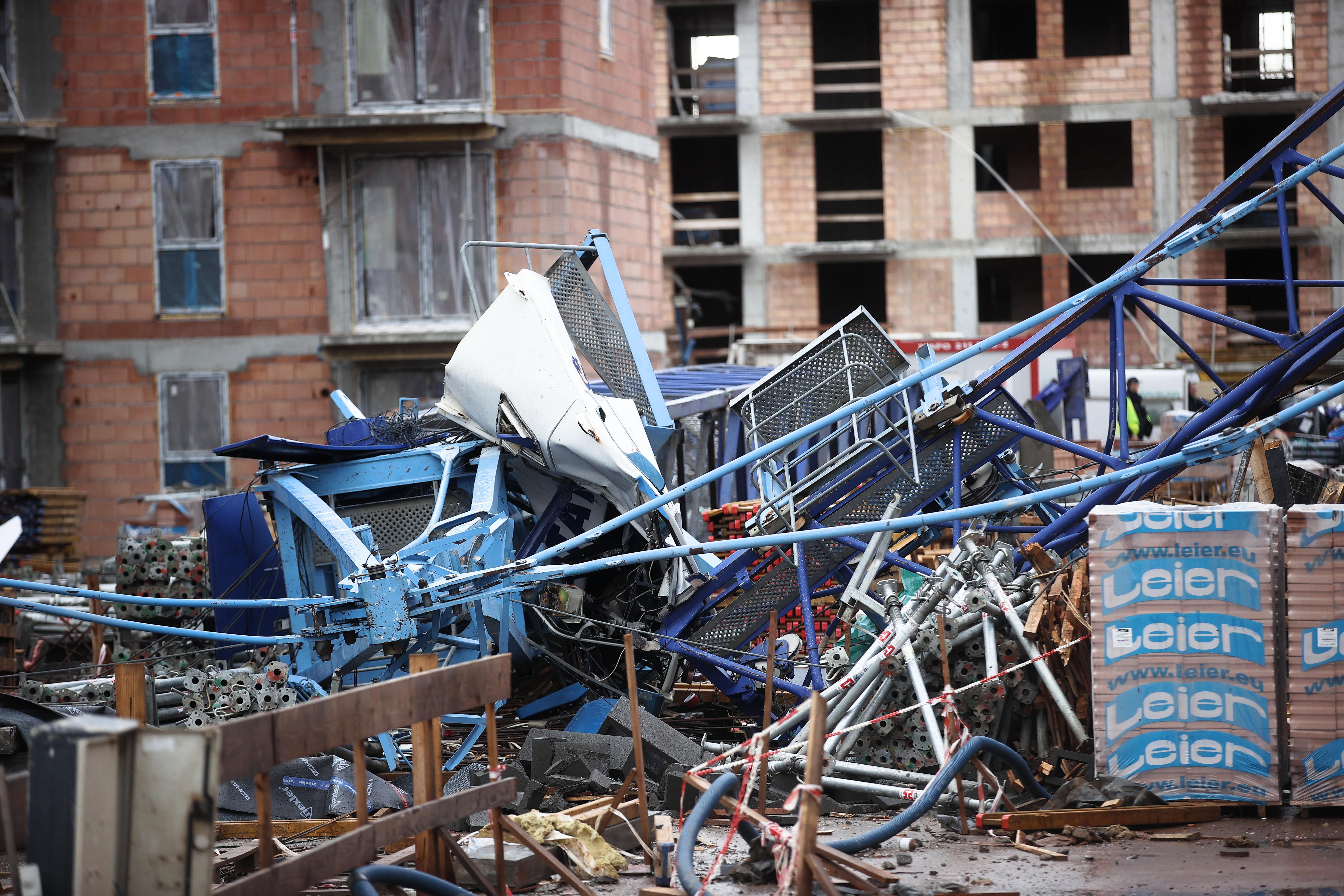 Later on Thursday it was reported that a crane had been toppled by high winds on a construction site in the southern city of Krakow.Łukasz Gągulski/PAP

Later on Thursday it was reported that a crane had been toppled by high winds on a construction site in the southern city of Krakow. Four construction workers were hospitalised as a result of the accident, two of whom subesquently died.

There was no operator in the cabin of the 30-metre crane, which was not in use at the time of the incident, police said. The exact details of the event have yet to be established.

Also on Thursday morning, two flights to Warsaw, from the northern Polish city of Bydgoszcz and from Krakow, were diverted to the Hungarian capital Budapest due to strong winds, a spokesperson for national flag carrier LOT informed PAP.

Nationwide, firefighters recorded 190 damaged buildings, of which 54 had had their roofs ripped off by the winds.

According to the Government Security Centre, by 6 a.m. on Thursday, 324,047 homes and businesses had lost power nationally.