Featuring the stars of the Top Model TV show, as well as no shortage of models of the more four-legged variety, a new calendar has gone on sale to raise funds for an animal shelter headquartered in Wrocław.

The idea of photographer Pamela Porwen, the calendar has already caused a stir in the Polish fashion press and looks set to be one of one of the more enviable accessories of 2021. 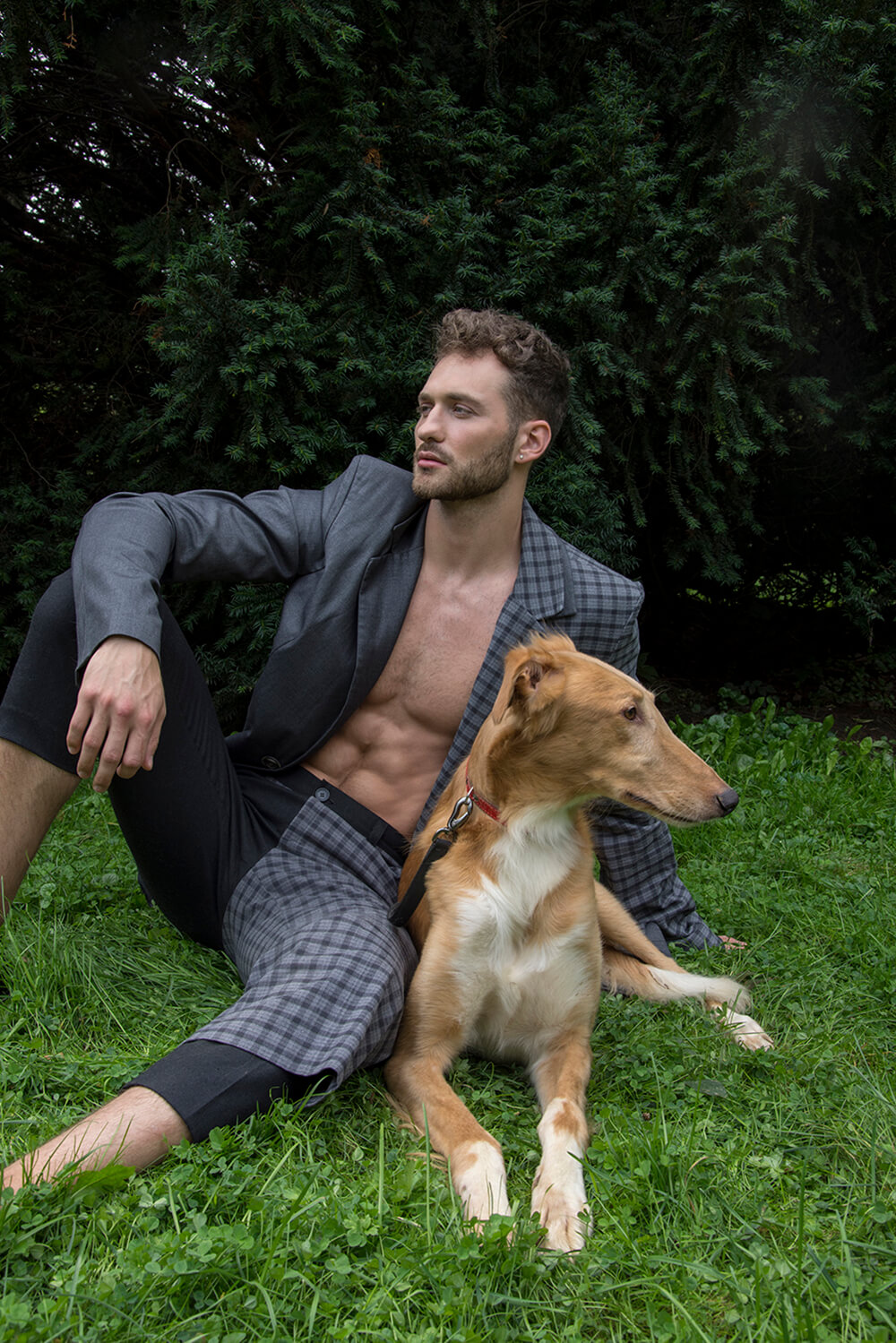 The shoot was held outdoors so as the dogs wouldn’t be stressed by studio lights.Pamela Porwen

“My inspiration for this came after I ‘photo volunteered’ for a shelter for homeless animals in Warsaw,” Porwen tells TFN. “They needed someone to take photos of their dogs and I was happy to do so straight away; but then, after quite a bit of thought, I realized there was so much more that I could do.”

Following much deliberation, Porwen decided to rally her contacts in the fashion industry to create a calendar that would capture some of Poland’s most celebrated faces alongside pooches in desperate need of a permanent home. 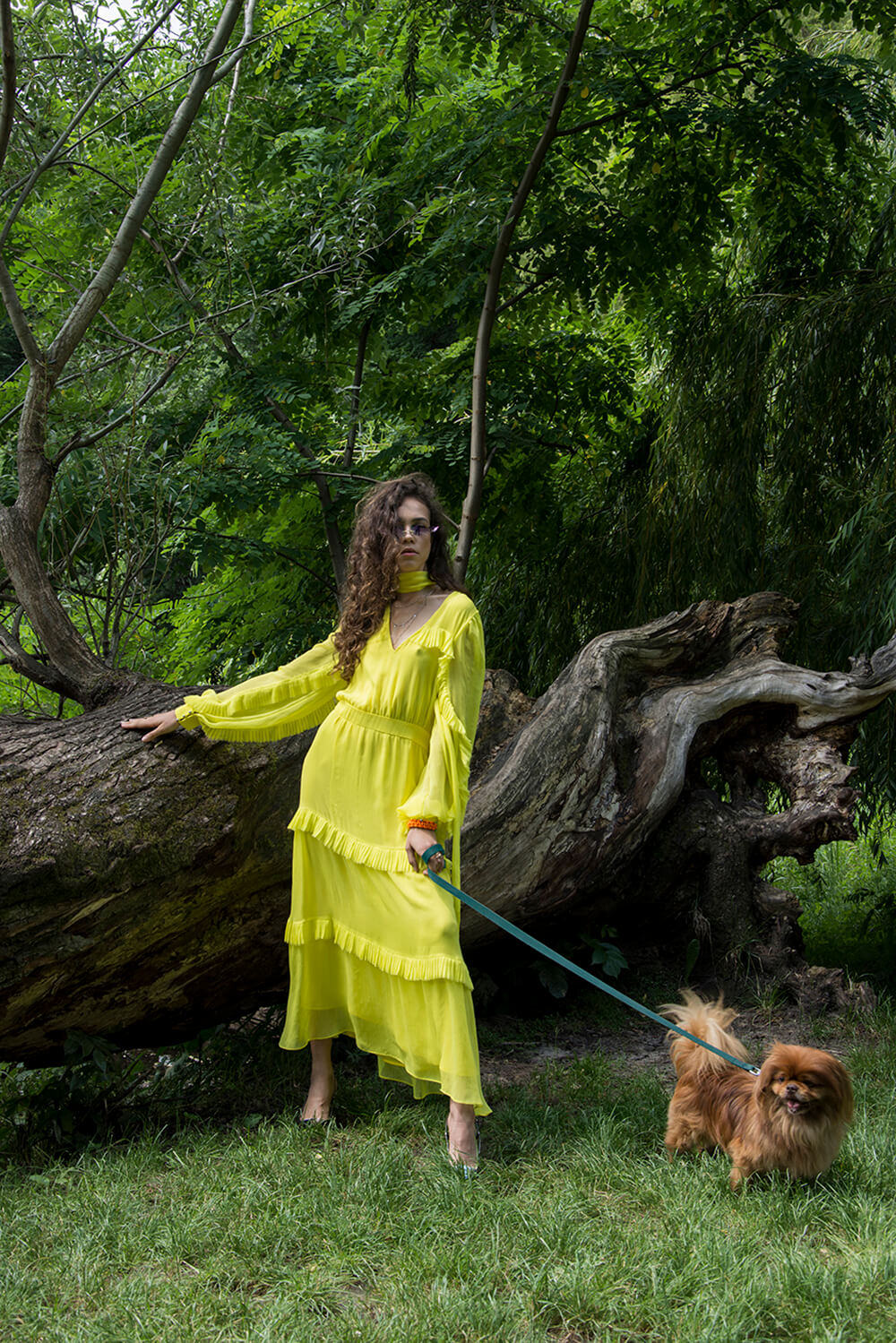 Photographer Pamela Porwen decided to rally her contacts in the fashion industry to create the calendar.Pamela Porwen

“I think people are accustomed to seeing photos of the disadvantaged – whether they be humans or animals – to the point where the effect of such images has been diluted a little,” she continues. “That’s why I decided to add a twist and do something that I’ve not seen myself before.”

Having previously photographed for pedigree titles such as Vogue Polska, Vogue Italia, Fashion Magazine Polska and K Mag, the Warsaw-based snapper recruited a slew of models from the latest edition of the hit show Top Model, among them Klaudia Chojnacka, Nikola Furman and Marcin Chowaniak, as well as past favourites such as Mateusz Mil, Mateusz Zapotocki and Ania Piszczałka. 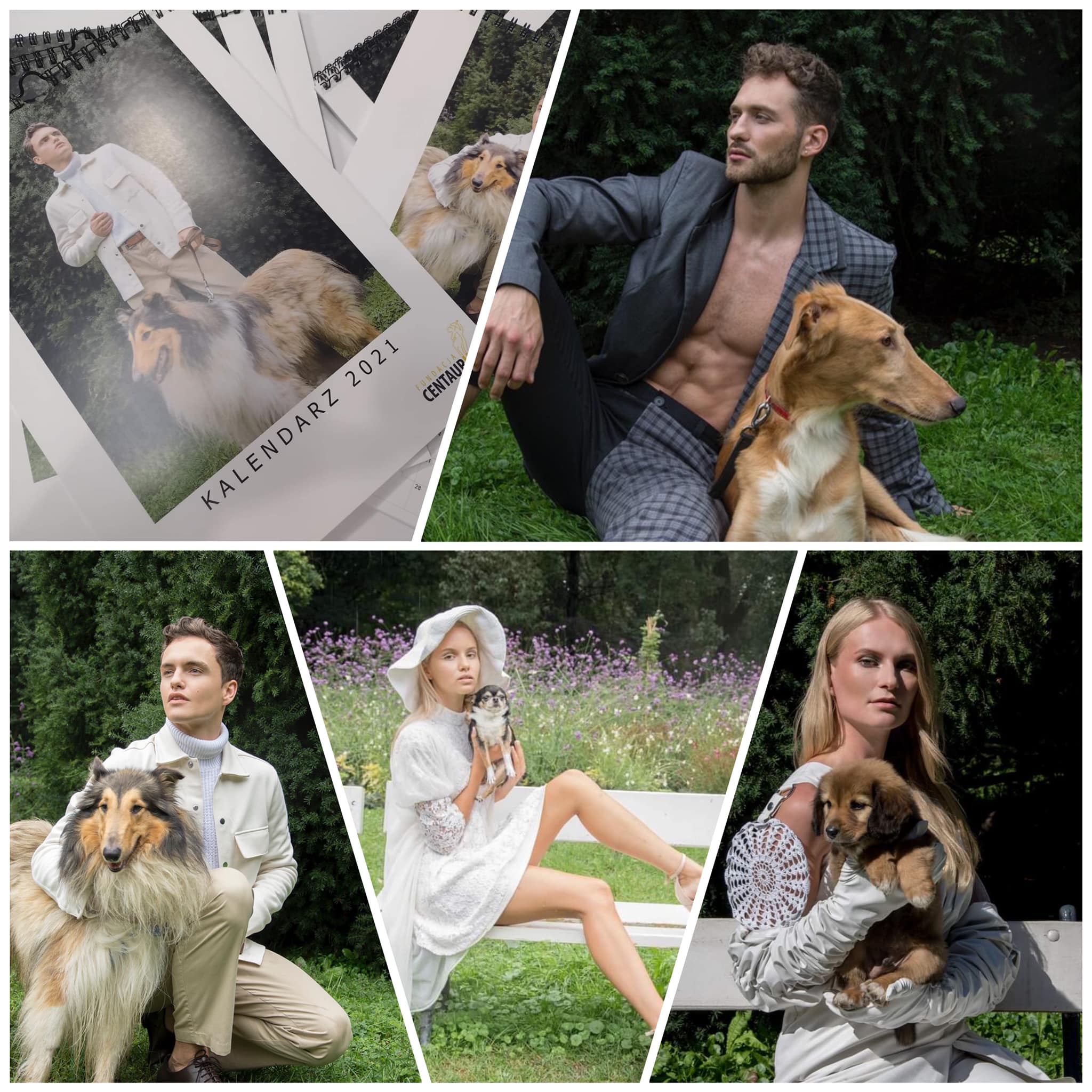 The calendar has already caused a stir in the Polish fashion press.Pamela Porwen

Further, some of the industry’s biggest name were also called in to join the project: designers Wiktoria Szperkowska and Mateusz Jagodziński, make-up artists Bartosz Stanke and Weronika Tutaj as well as Adrian Fabian and Piotr Czupryn from TVN’s Stylowy Projekt.

“It’s always difficult to organize a charity session and I understand that not everyone is willing to give up their time for free,” says Porwen. “That’s why I’m incredibly grateful to the models, crew and agencies that did take part – for instance, Klaudia travelled down from the Tri-City while Nikola was happy to make the trip from Rzeszów.” 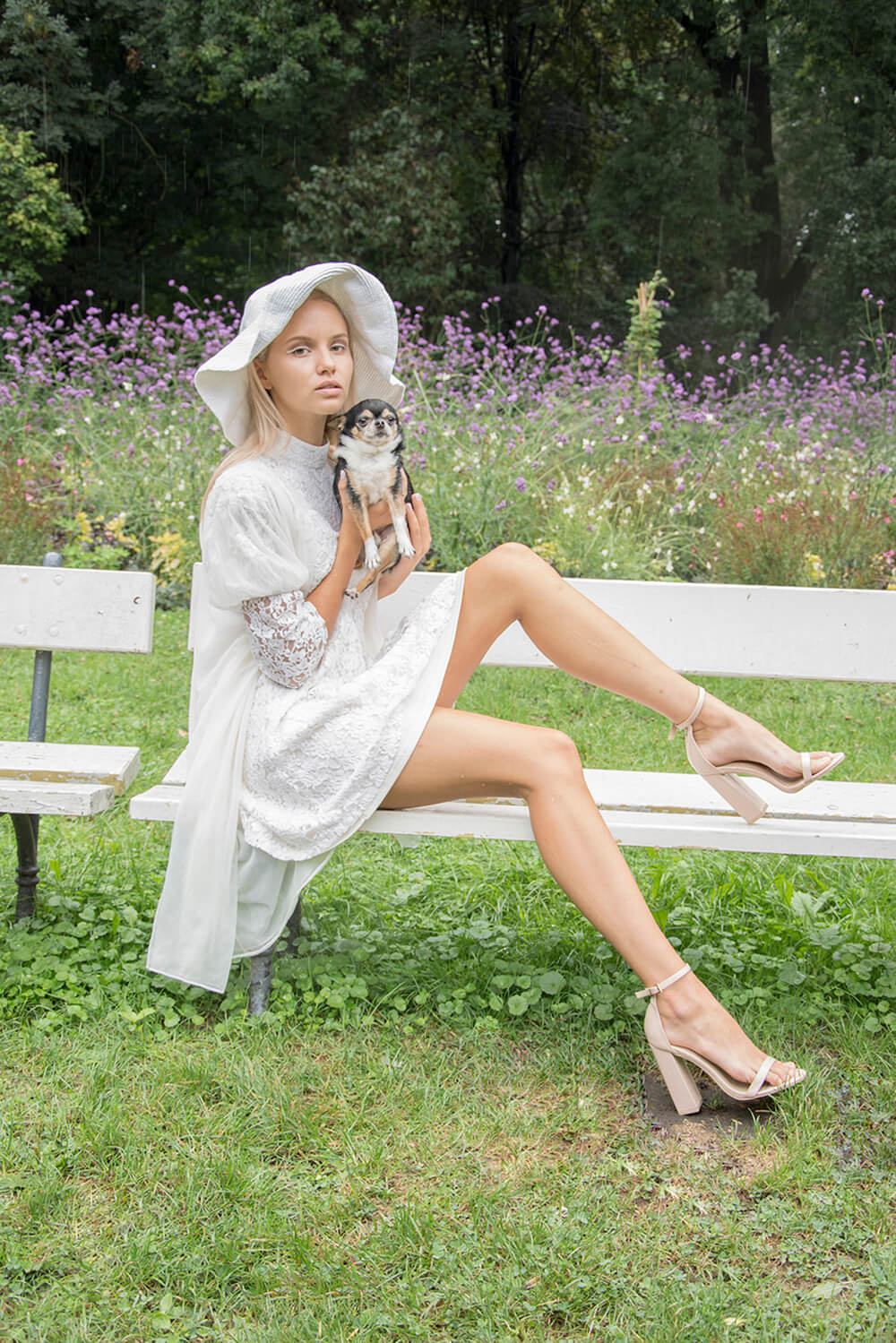 Having photographed for pedigree titles such as Vogue Polska, Vogue Italia, Fashion Magazine Polska and K Mag, the Warsaw-based snapper recruited a slew of models from the latest edition of the hit show Top Model including Nikola Furman (pictured).Pamela Porwen

Even greater challenges were posed by the animals themselves.

“This was one of the most difficult sessions I’ve ever done,” says Porwen. “It was hard to synchronize the models and animals so that both would look good, and you have to remember that dogs are also very ‘mobile’.” 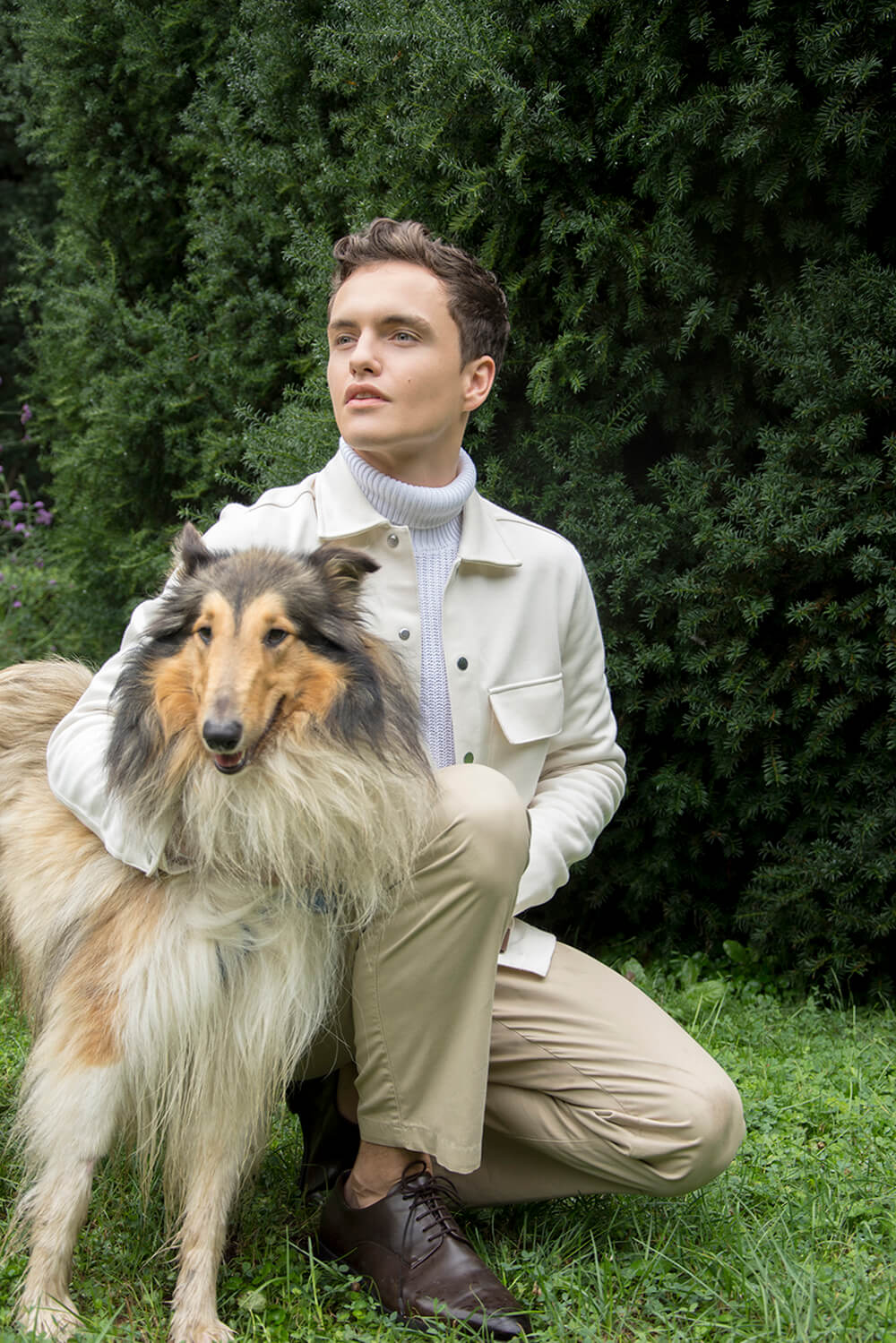 Porwen said that she decided to use Top Models because “models from TV are recognizable, and I wanted to harness their star power to throw the spotlight on homeless animals.”Pamela Porwen

Choosing to shoot outdoors so as not to stress the animals with studio lights, the decision limited Porwen to just being able to use dogs. “We didn’t want the cats running away,” she says, “besides, dogs are more susceptible to treats!”

Working together with Fundacja Centaurus, a shelter that has rehoused hundreds of cats and dogs and over a thousand horses since its creation in 2006, Porwen now hopes that the calendar will succeed in finding new homes for the shelter’s current batch of residents. 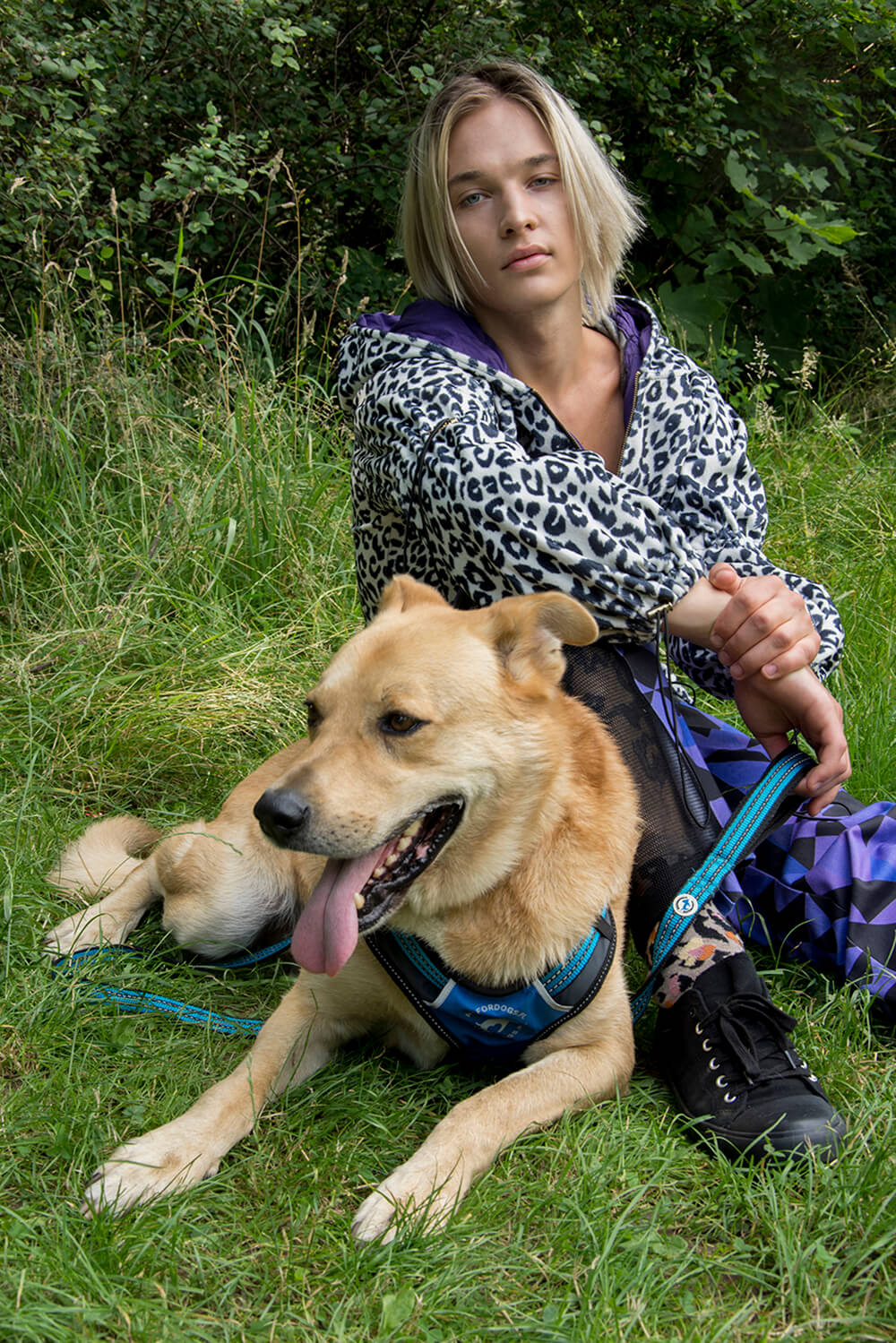 The celebrity snapper said working with dogs “was one of the most difficult sessions I’ve ever done.”Pamela Porwen

“Models from TV are recognizable, and I wanted to harness their star power to throw the spotlight on homeless animals,” she says. “As a fashion photographer, I wanted to explore how much power and attention this field can attract, and seeing that it’s a commercial industry I’m hopeful that we’ll be able to reach more people. 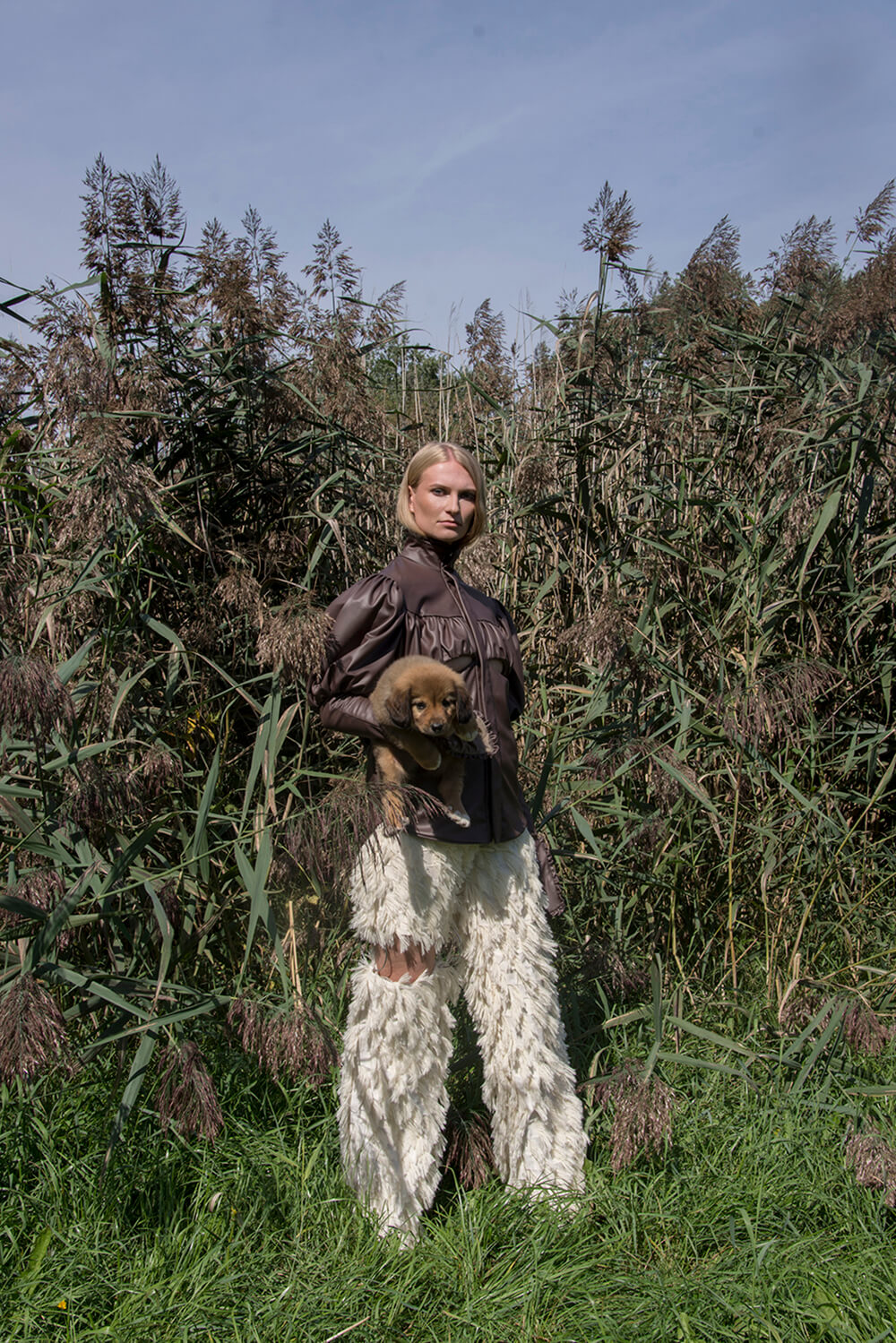 “Ultimately, I also wanted to show how rewarding it is to adopt an animal and how easy it is to find your dream friend – whether it’s a calm older animal, a cute puppy, a small thoroughbred or a large mongrel. And even if someone is unable to adopt an animal, I wanted to remind people that they can always help financially – foundations like Centaurus survive on donations, and even the smallest figure can come in very handy.”

Animals that served the state could get financial support