Too good to beer true! Female craft brewery is Top of the Hops

Challenged to think of the international craft beer scene, one couldn’t be faulted for associating it with bearded dudes in flannel shirts.

It is a testament, however, to the diversity of the industry that a growing number of women are turning their backs on more traditional choices and immersing themselves in the joys of craft – and not just as drinkers, but as brewers as well. 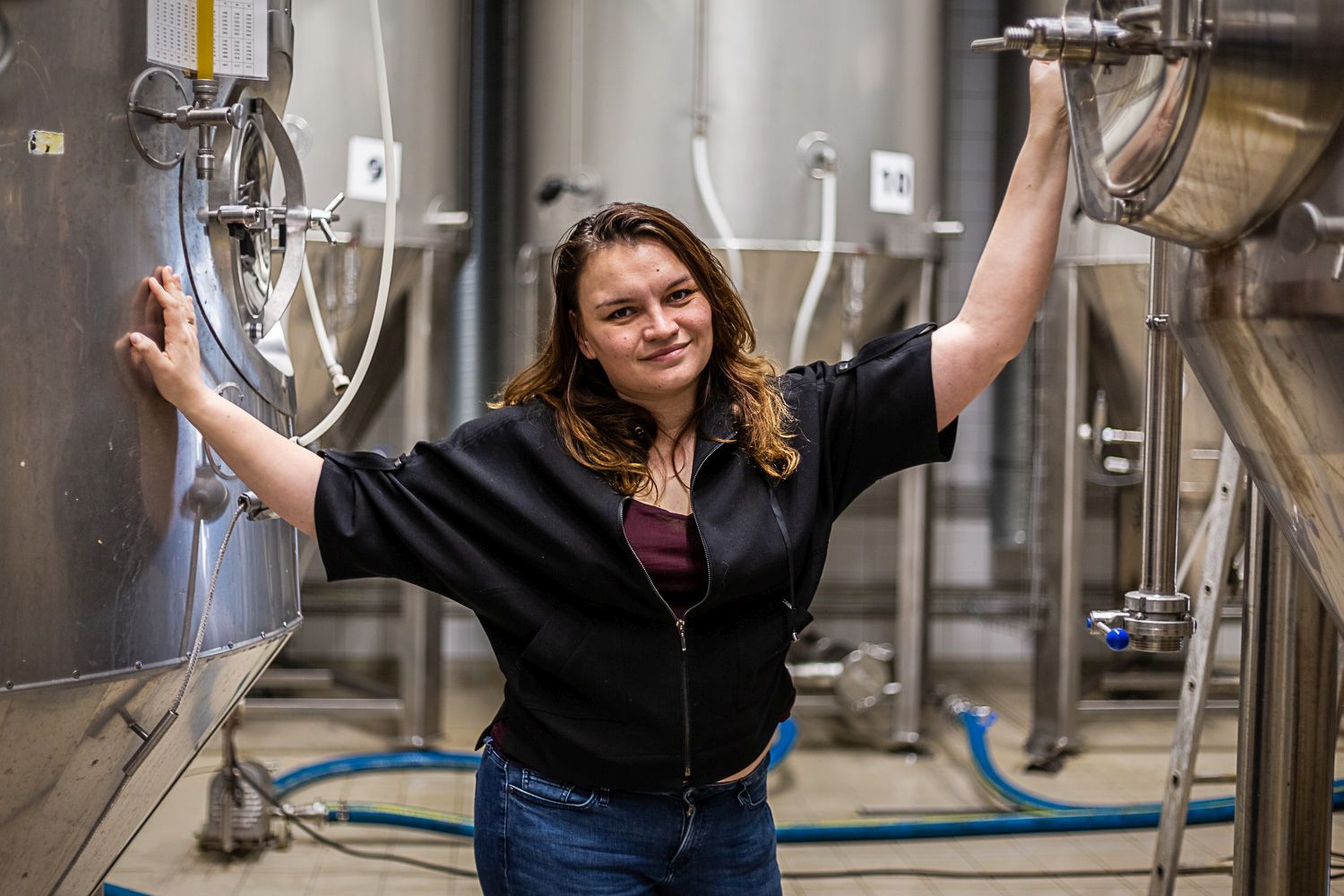 Founded by Dominika Diller in 2016 as a side-venture, Hoplala has grown from strength-to-strength with the 80 hectolitres produced in their debut year expanding outwards to reach a current figure of 5,000 hectolitres per annum.Kalbar/TFN

Breaching stereotypes, in Poland’s case a pioneering role has been played by Browar Hoplala, a contract brewery based outside of Warsaw with an employee roll-call of eight. All of them are women. Founded by Dominika Diller, a native of the Podlasie region on the country’s far eastern flank, the firm started life in September 2016 to provide an antidote to the masculine brews being supped around the nation.

“At the time,” recalls Diller, “there was a trend towards more bitter beers – the bitter the better – so we simply wanted to create something more lighter and aromatic; a high-quality, natural product that still fundamentally felt like a beer should taste.” 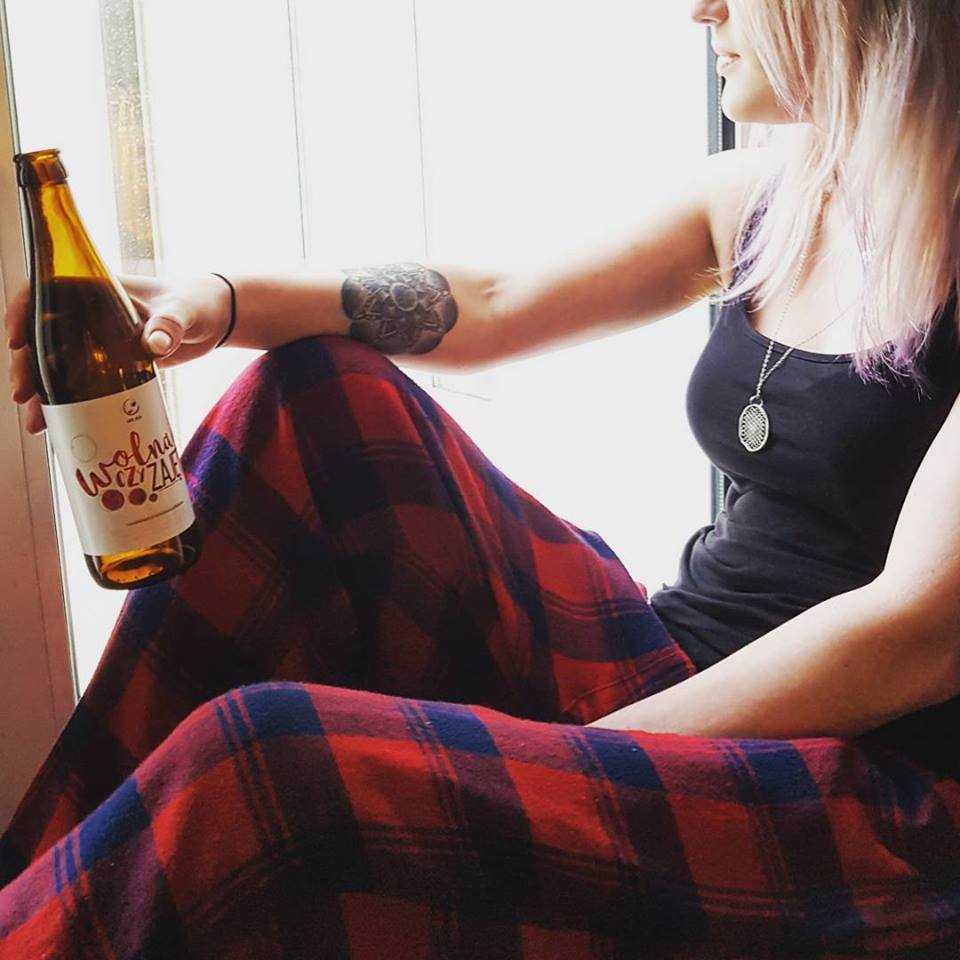 Each beer represents a side of the female personality which allows customers to discover themselves in the beer.Browar Hoplala/Facebook

Acting as a bridge between women and the world of craft beer, from the outset the Hoplala philosophy sought to create an emotive bond between female drinkers and the beer in hand whilst retaining a tongue-in-cheek approach in line with the brewery’s positive, playful character. “Beer makes people smile,” says Diller, “so it was important to celebrate that aspect. Each beer we produce represents a side of the female personality that we hope will allow our customers to discover themselves in our beer – for instance, for our orange witbier, Pszecudnej Urody, we thought of a folksy country girl and created a light, natural beer that felt appropriate for her.” 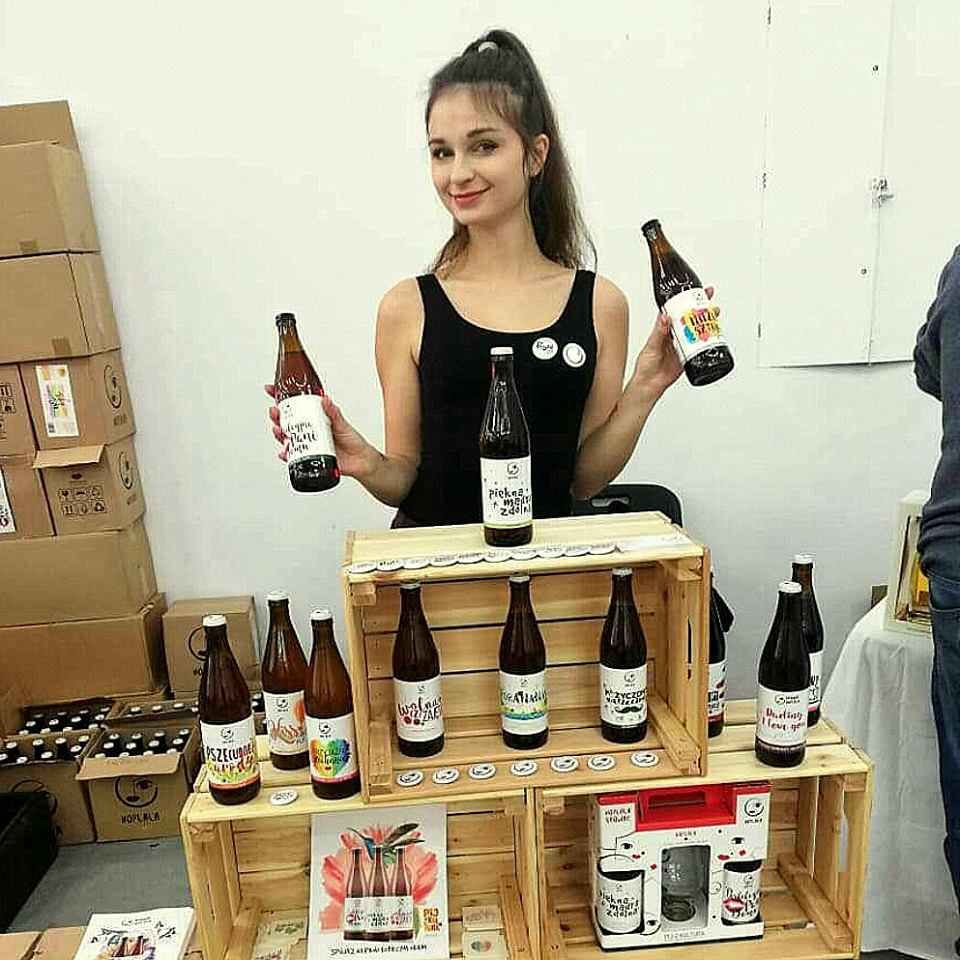 Although men constitute around a third of Hoplala’s client base, a clear tribute to the underlying quality of the beers rolling out, Browar Hoplala is visibly proud of hitting the key goal of introducing Polish women to the bright, bold world of craft beer.Browar Hoplala/Facebook

For Diller, Hoplala’s success has been the latest chapter in a diverse life that has seen stints in the United States, Spain and even Guatemala. Starting her professional life in the corporate world, she first turned her hand to homebrewing in 2013 producing an IPA using a standard brewkit (“it was,” she laughs, “drinkable”). A trained wine sommelier, she found her path veering towards beer due to the narrower turnaround time necessary to produce it. Nonetheless, the meteoric rise of Hoplala (she recalls sketching out her original business plan on a napkin), came largely unexpected. 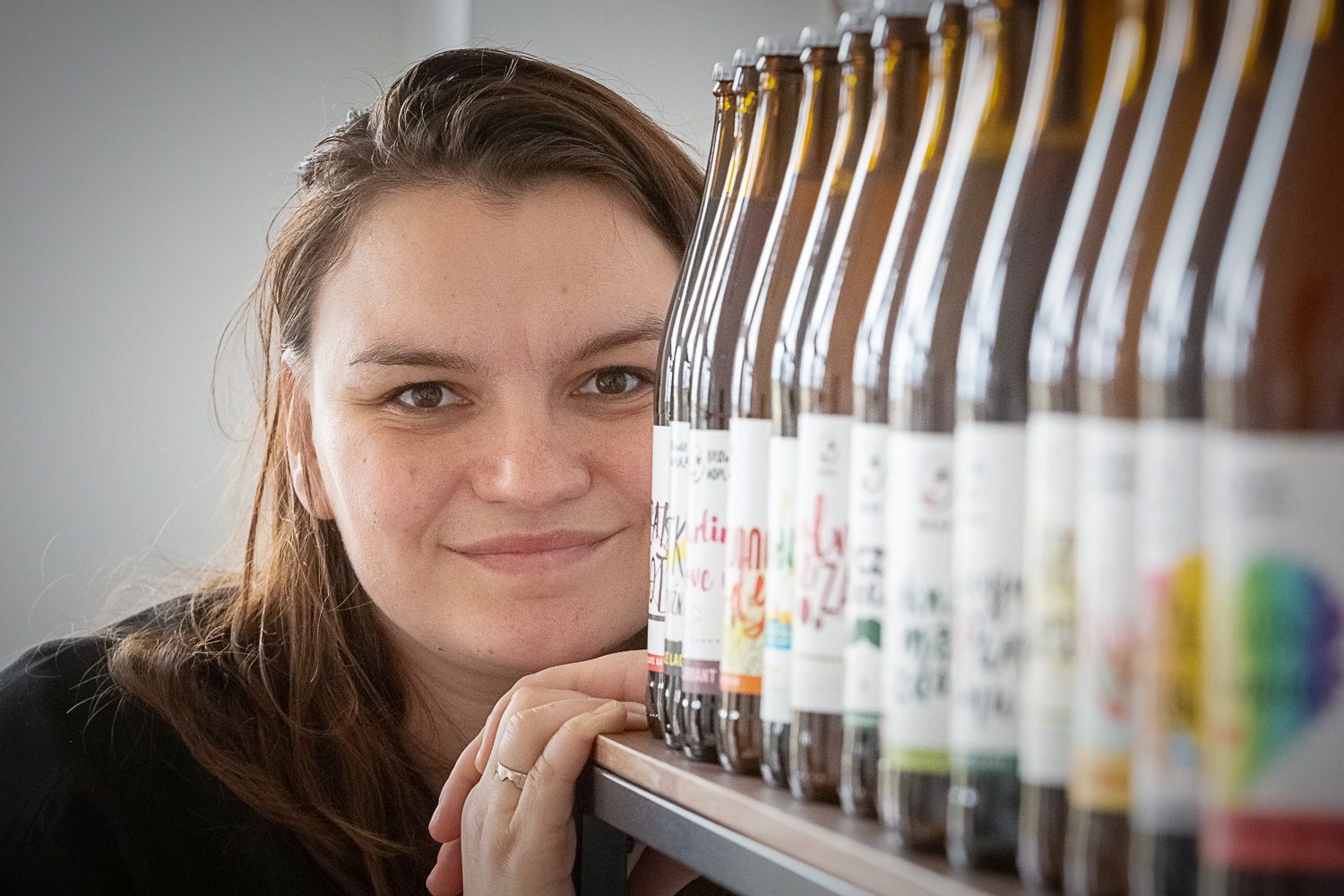 Dominika says her beers are light and aromatic – a high-quality, natural product that tastes like beer should.Kalbar/TFN

“Given my background,” she confesses, “I think most people assumed I’d head into start-up tech when I returned to Poland, but instead of working 17-hour days creating electric scooters or whatever else I decided to channel my energies into something that I really enjoyed.” It was, it transpires, a prescient choice. Originally intended as a side-venture, Hoplala have grown from strength-to-strength with the 80 hectolitres produced in their debut year expanding outwards to reach a current figure of 5,000 hectolitres per annum. “Ideally,” says Diller in light of these stats, “my ambition would be to see us grow to become a European brand whilst remaining close to our customers.” 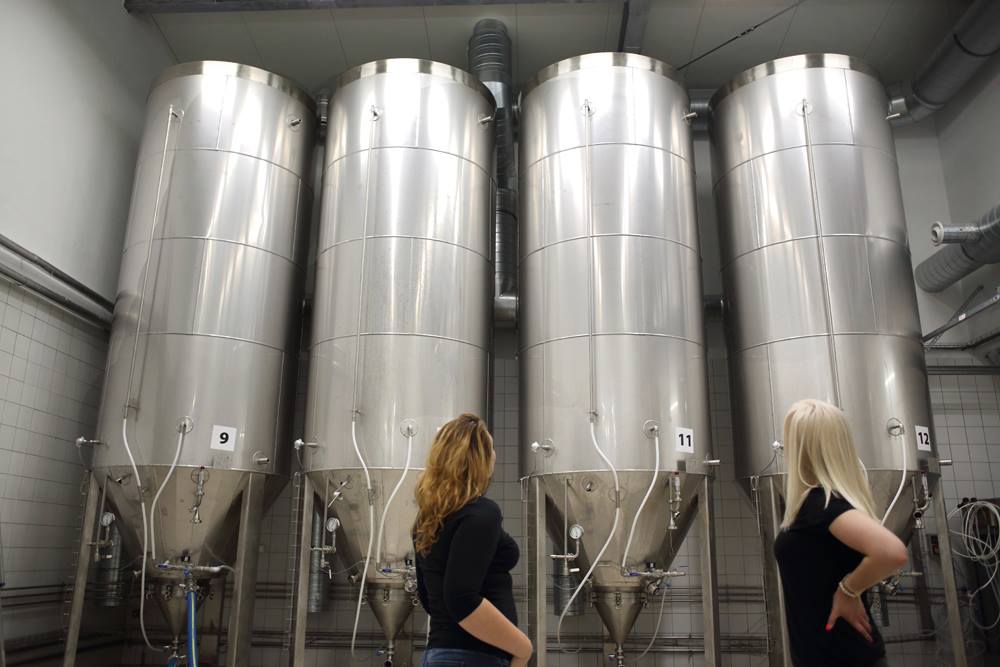 The firm started life in September 2016 to provide an antidote to the masculine brews being supped around the nation.Browar Hoplala/Facebook

In terms of the latter, these are not women alone. By Diller’s estimate, men constitute around a third of Hoplala’s client base, a clear tribute to the underlying quality of the beers rolling out. Despite this, she remains visibly proud of hitting the key goal of introducing Polish women to the bright, bold world of craft beer.

“The very nature of our beer marks it as a good product for beginners,” she says, “and it’s a great feeling being able to convince people that beer doesn’t have to all taste the same: I remember one time, during the 2017 edition of the Warsaw Beer Festival, when a visitor told me that the only reason she started to experiment with craft beers was after first trying our Wolna czy Zajęta (Single or Taken) Grapefruit IPA – it’s so touching to hear things like that.” 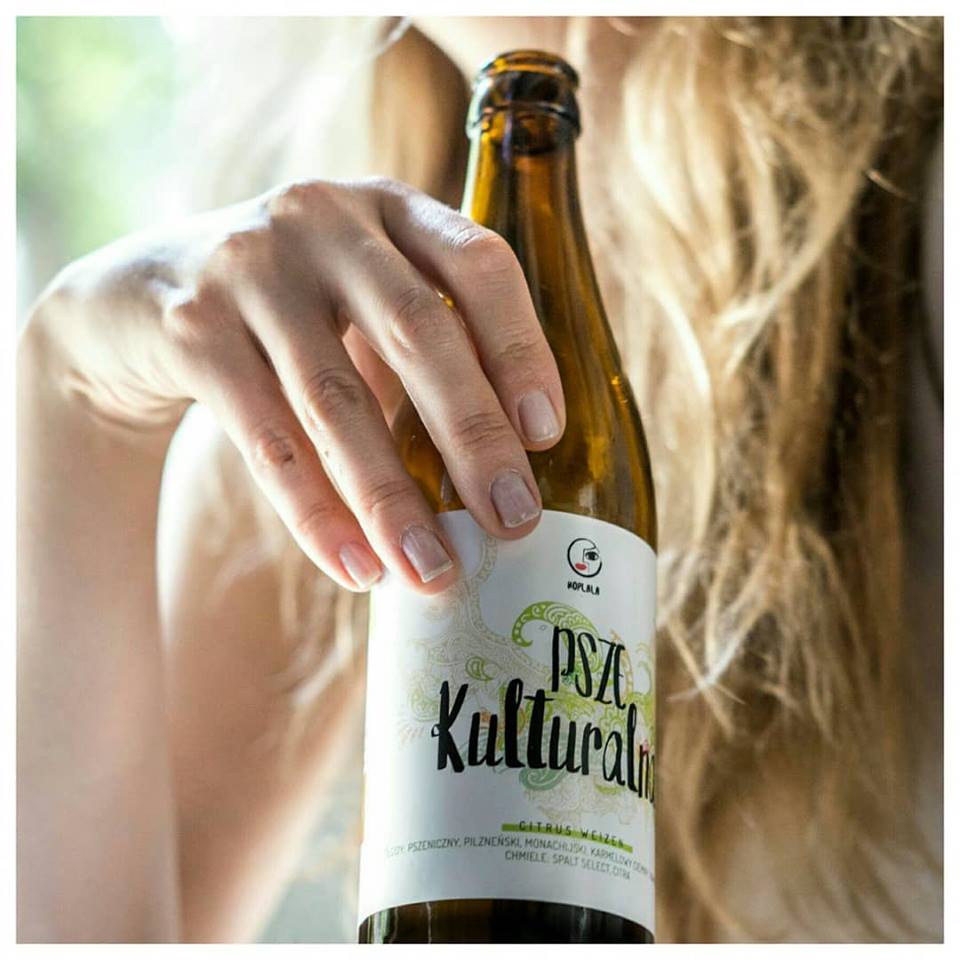 With 5,000 hectolitres being produced per annum the brewery now hopes to become a European brand. Browar Hoplala/Facebook

Such recognition has been heartening, but so too has the wider reception that have Hoplala have received since launching three years back. Now firmly ensconced on Poland’s buoyant craft beer market, Diller is emphatic when asked how the industry has reacted to her entry on the market.

“As a whole,” she says, “the craft scene has been very supportive in what we’re trying to do. You’re talking about a competitive field, but it’s also intimate and closely-knit and that’s something I really enjoy being a part of – of course, though, back in ancient times it was women that were brewing the beer, so in many ways Hoplala has completed the circle and gone back to basics.” The difference being, however, is that their complex, fragrant beers are anything but basic.