Tomb with a View: Filled with stunning sculptures ranging in style from Art Nouveau to ancient Egyptian, Powązki cemetery was opened 230 years ago today

Warsaw’s beautiful and historic Powązki cemetery was established 230 years ago on November 4, 1790.

A pantheon of Poland’s greatest and a place of pilgrimage for Poles to give thanks to the achievements of earlier generations, it is estimated that over one million people have been buried in its sand and clay. 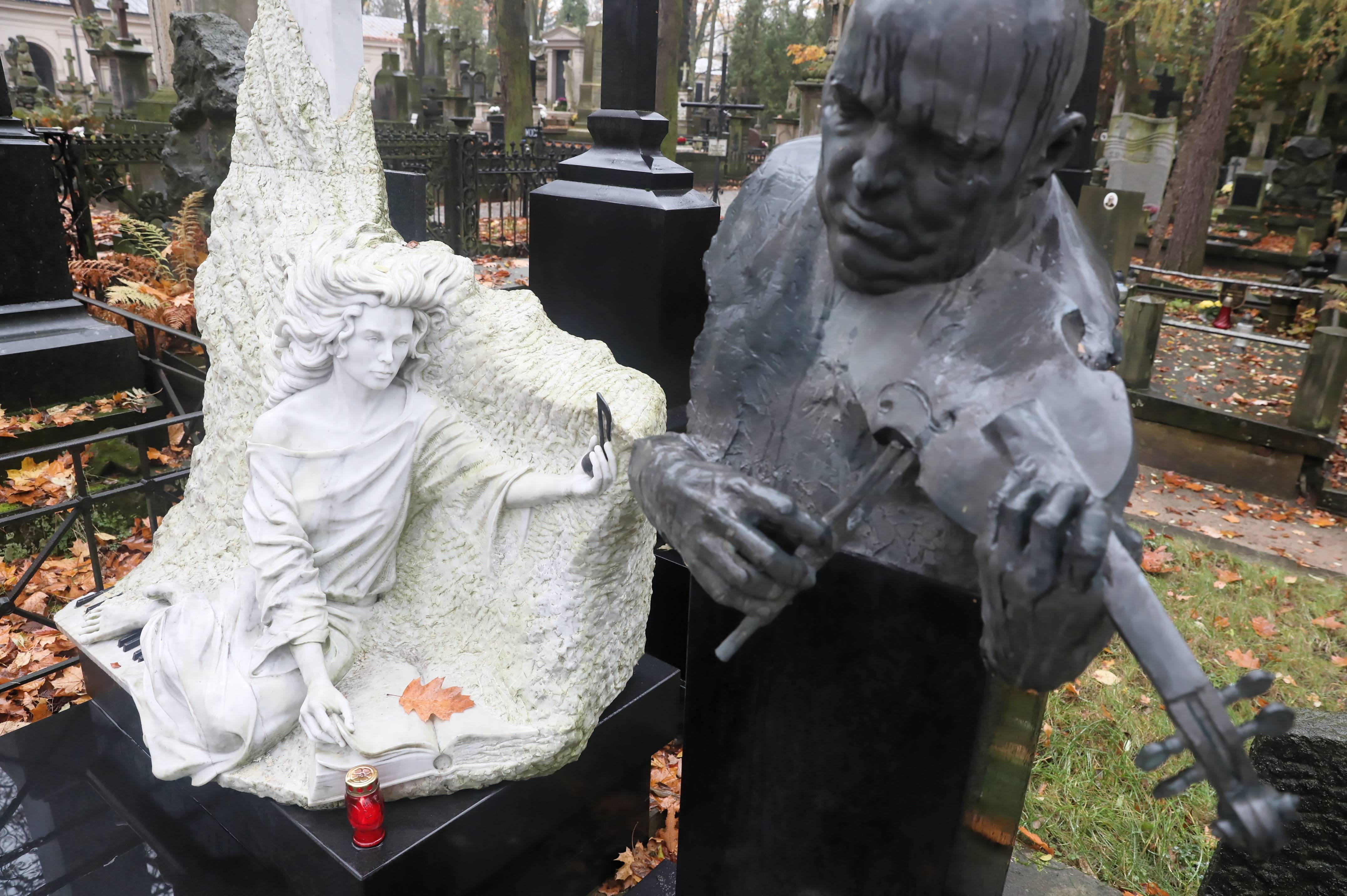 Over the years, all the greatest sculptors have wanted to place at least one of their own tombstones in Old Powązki, thanks to which, the cemetery is today a highly valued sculpture gallery.Tomasz Gzell/PAP

As the national cemetery, it is the resting place of those who have achieved distinction for the nation. Independence activists, soldiers of national uprisings, from the Kościuszko Uprising to the Warsaw Uprising, outstanding writers, poets, artists, thinkers, scientists, doctors, lawyers and clergy have all found eternal rest there. 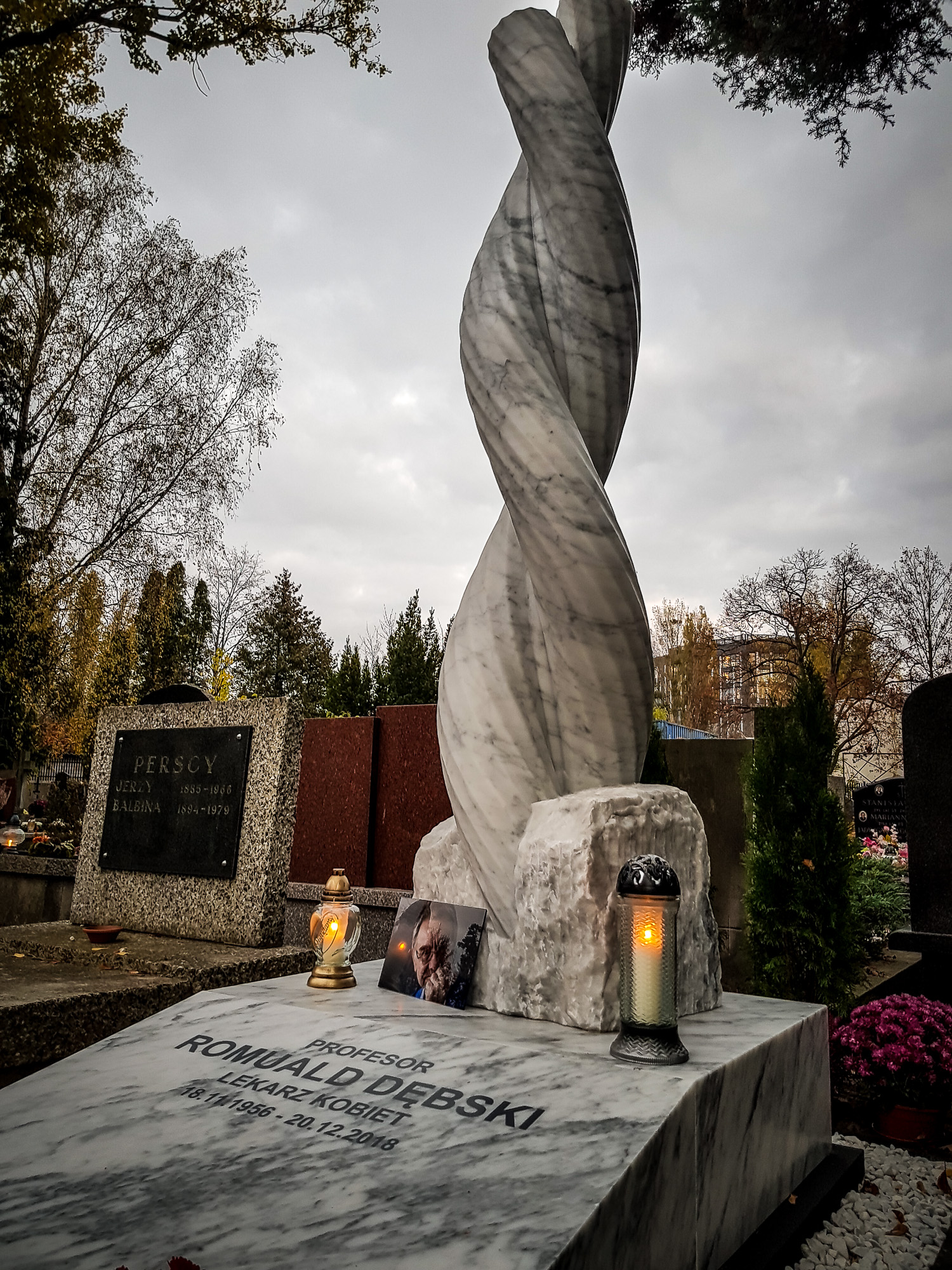 As the national cemetery, it is the resting place of those who have achieved distinction for the nation.Kalbar/TFN

As Poland's national cemetery, Powązki more than any other is a symbol of Poland's continuity of national spirit, as well as a repository for the memory of its sons and daughters that gave the most to its cause.

It is also an art gallery, an open-air museum and sculpture park, showcasing styles ranging from Art Nouveau to ancient Egyptian.

Over the years, all the greatest sculptors have wanted to place at least one of their own tombstones in Old Powązki. Thanks to this, the cemetery is today a highly valued sculpture gallery. 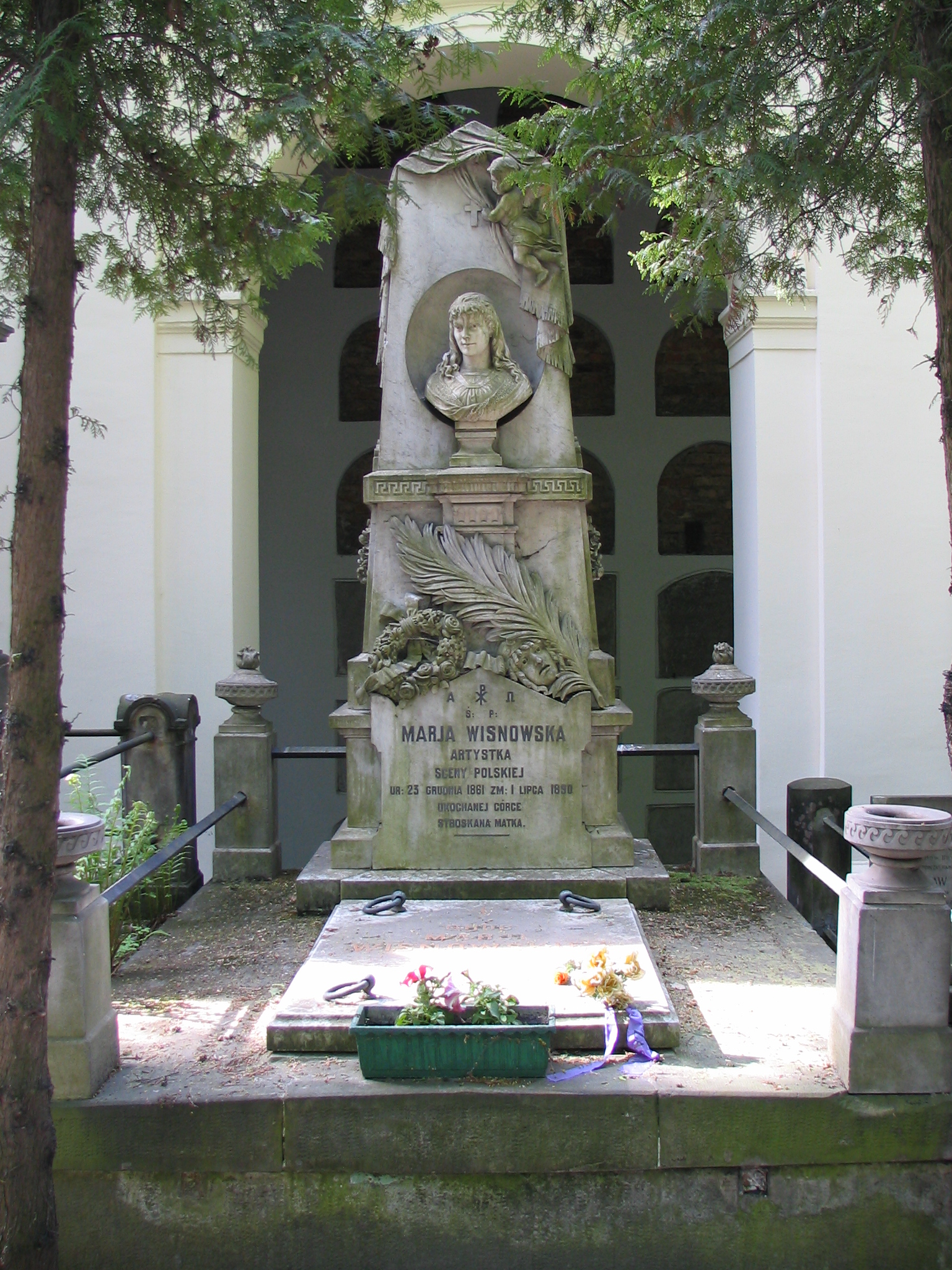 The tombstone of Maria Wisnowska, a popular theatre actress in Warsaw who died in 1890, hides a tragic love story.Public domain

Viewing the tombs in Powązki is like going on a tour of artistic trends through the centuries. For example, the tomb of Ignacy Blumer is in the Egyptian style, which was fashionable at the beginning of the 19th century.

Another style on show in the cemetery is Art Nouveau, which came to Poland with a delay only in the last decade of the 19th century. It appeared at Powązki even later, at the start of the new century. 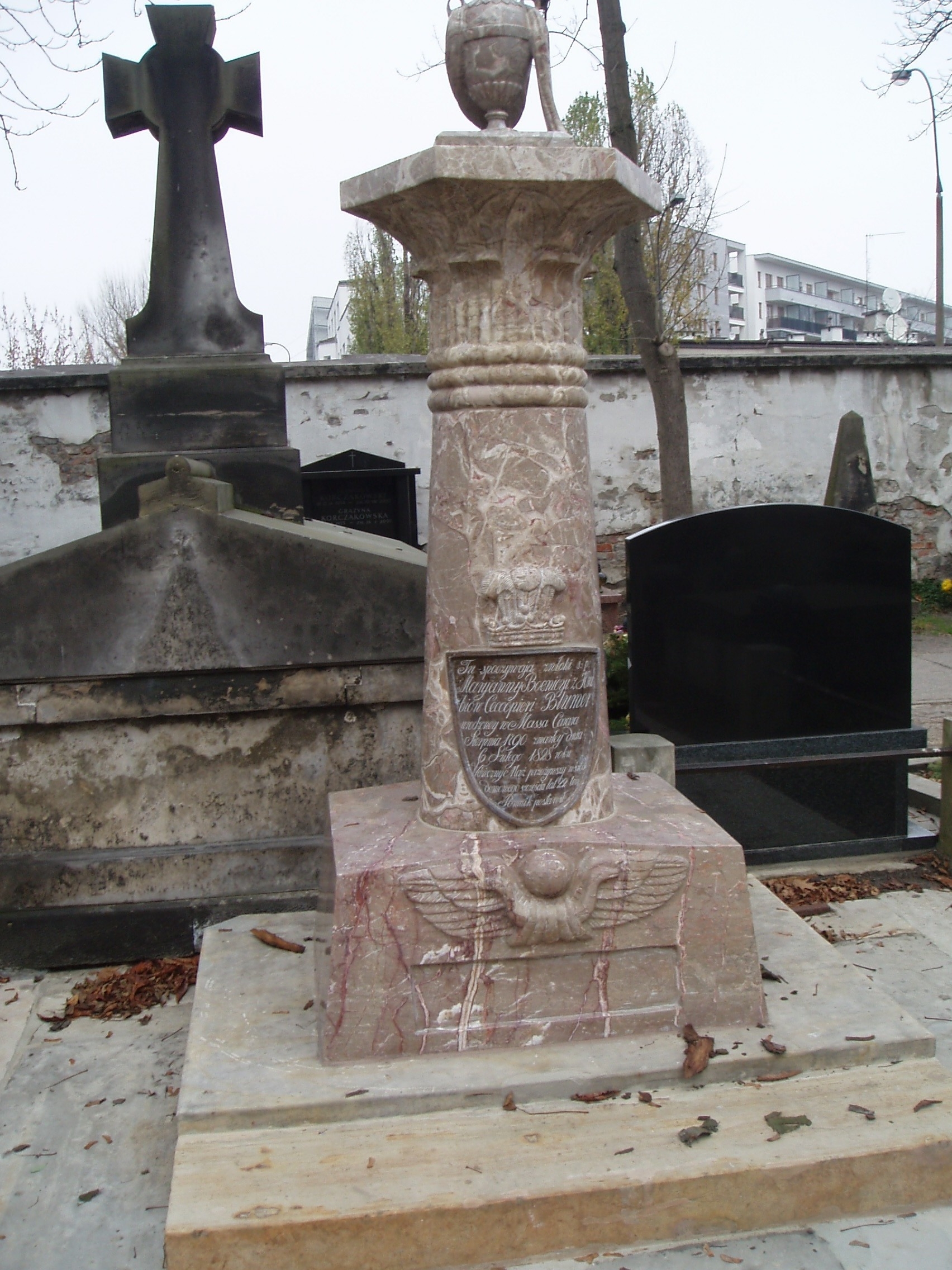 The tomb of Ignacy Blumer is in the Egyptian style, which was fashionable at the beginning of the 19th century.Public domain

However, the style’s ornamentation and graceful, curving lines can be seen on many gravestones.

Many of the graves have their own secrets. The tombstone of Maria Wisnowska, a popular theatre actress in Warsaw who died in 1890, hides a tragic love story. Her gravestone features a palm leaf, a symbol of martyrdom. As the story goes, Wisnowska fell in love with a Tsarist general. Fate decided that they could not be together, so they decided to commit suicide.

However, after the general killed Wisnowska he lacked the courage to kill himself. He was sentenced to 8 years exile in Siberia. When he came back, he was seen at the cemetery as a beggar, when he came with a white rose to the actress's grave. 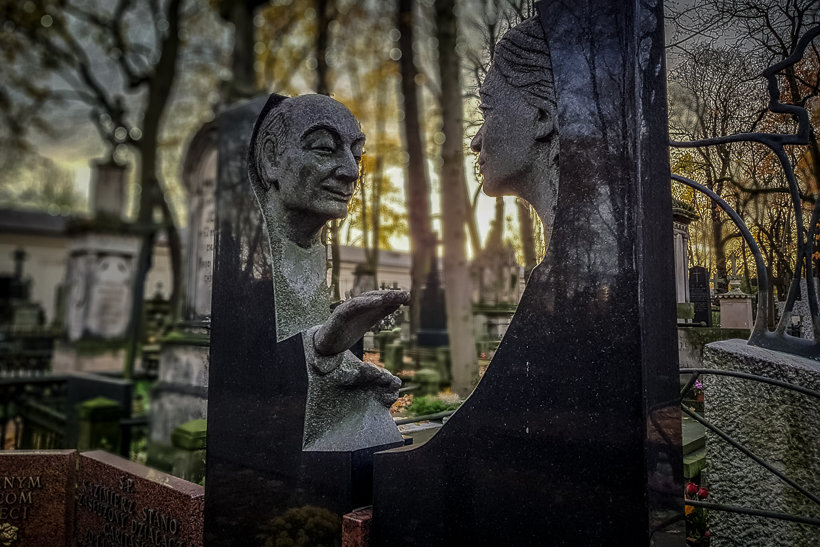 People of merit for the country, politicians, military, writers, scientists, actors, painters, engineers, and doctors found their eternal rest in Powązki. Pictured is the tombstone for violinist Stefan Rachoń and his opera singing wife Barbara Nieman.Kalbar/TFN

Powazki, the oldest existing cemetery in Warsaw, was consecrated on 20th May 1792. Before that, it was established on land donated by sons of Warsaw carpenter Melchior Szymanowski on November 4, 1790. The plot they donated measured 2.6 hectares. The choice of place was determined by sanitary reasons. At that time, the cemeteries all over Europe started to be moved away from the city.

The new cemetery was designed by Dominik Merlini, the Italian architect who also designed Royal Łazienki. With the development of the city and the increase in the population, it was enlarged many times. Today it covers about 43 hectares. 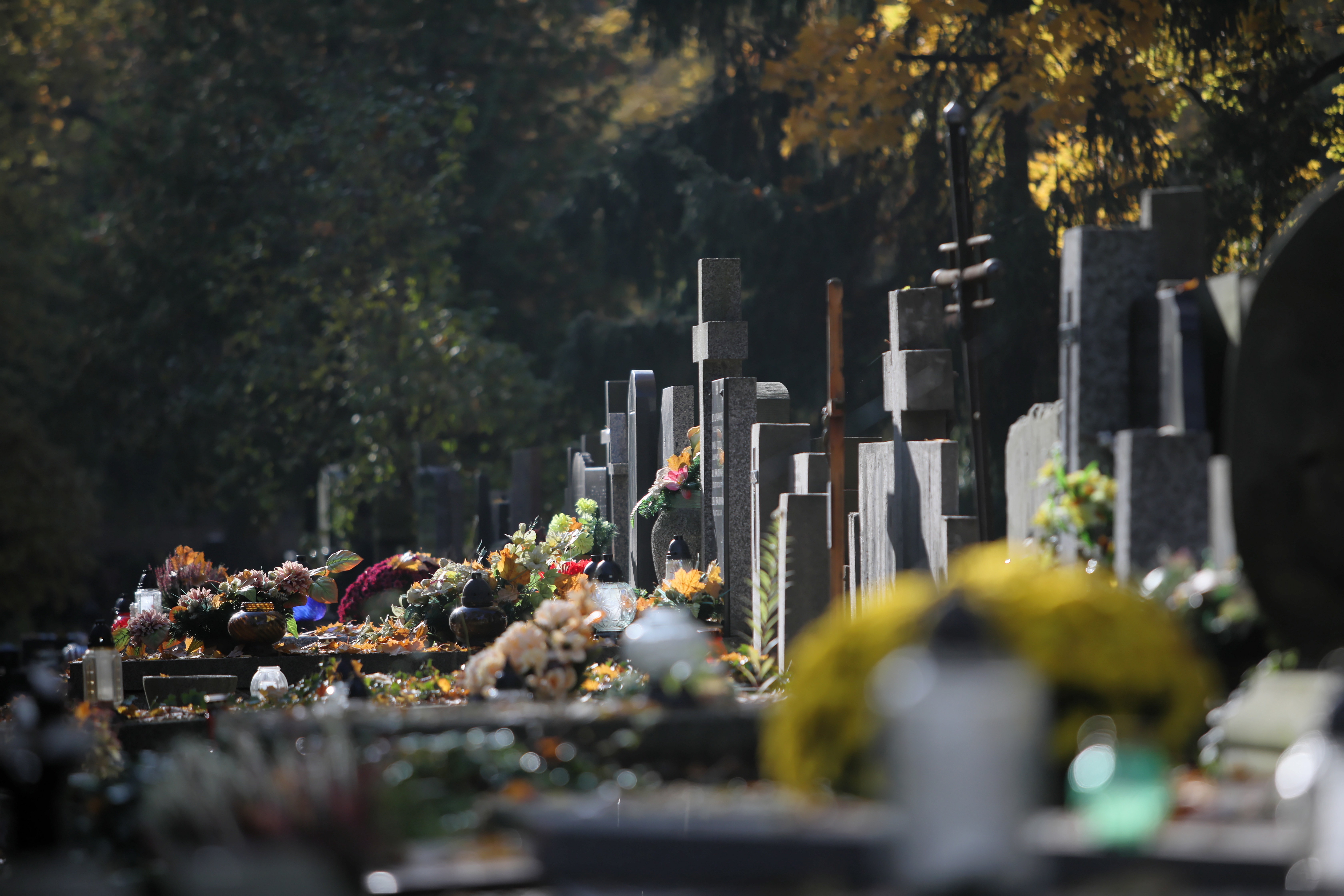 It is estimated that over one million people have been buried in the cemetery.Leszek Szymański/PAP

The people of Warsaw, used to burials in small graveyards next to churches, were initially reluctant to accept the cemetery established far from the borders of the capital, near the village of Powązki.

A rapid increase, not only in the number of graves, but also in prestige, took place after 1838. Then the Świętokrzyski Cemetery and the Koszyki cemetery were closed. Powązki then became the only necropolis on the left bank of the Vistula. 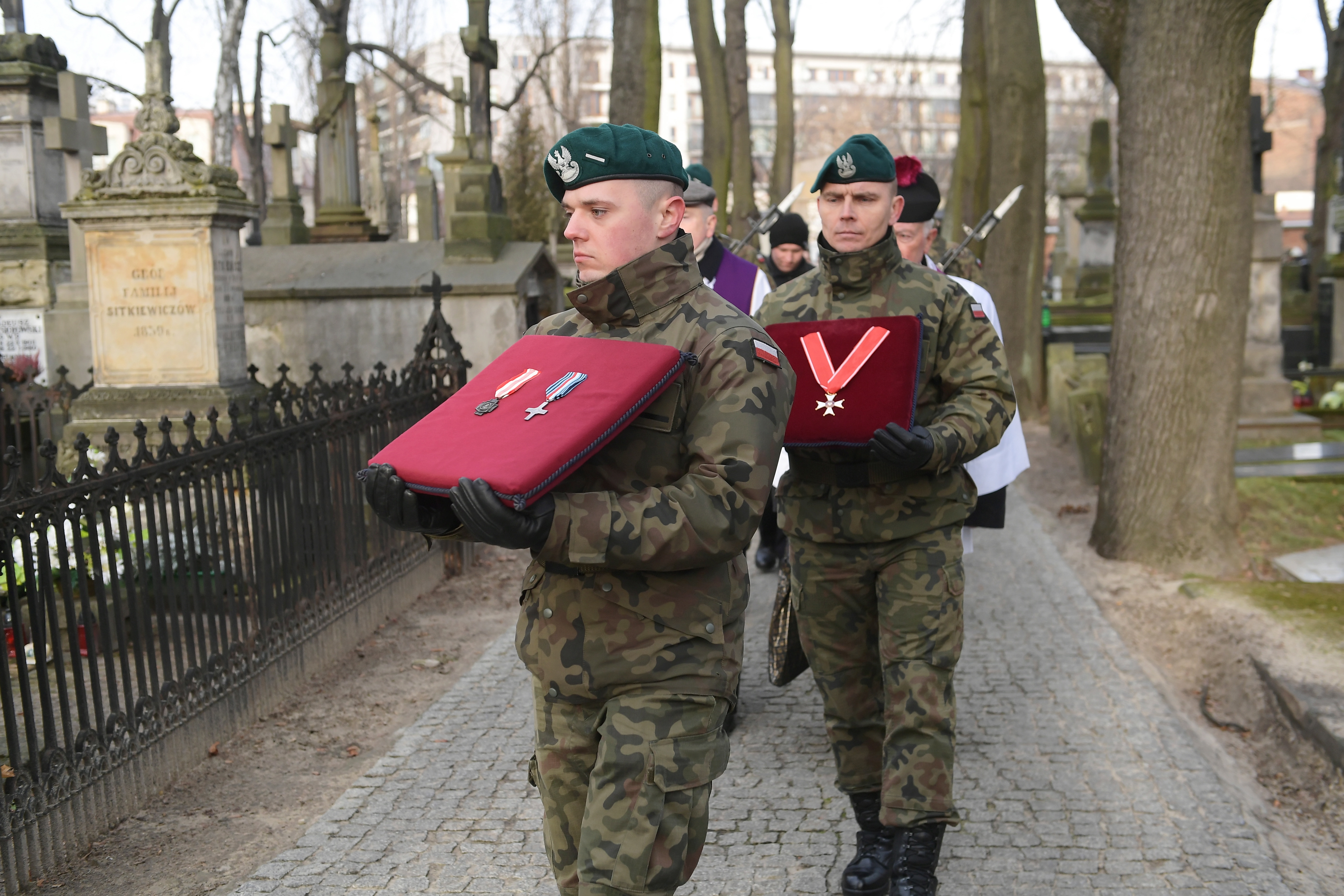 During World War II, the Home Army used the cemetery as a weapons depot.Marcin Obara/PAP

During the partitions the funeral ceremonies of Poles turned into patriotic occasions, despite the opposition of the tsarist authorities. The grave of five people killed during a demonstration in 1861 in Krakowskie Przedmieście became a site of worship. Soldiers of all subsequent national uprisings were buried in Powązki.

Until the 1880s, it was the main cemetery for the whole of Warsaw. The low and the high, the common and distinguished were all buried there.

However, when the cemetery in Bródno opened, Powązki became associated with the elite and those with the greatest merit. 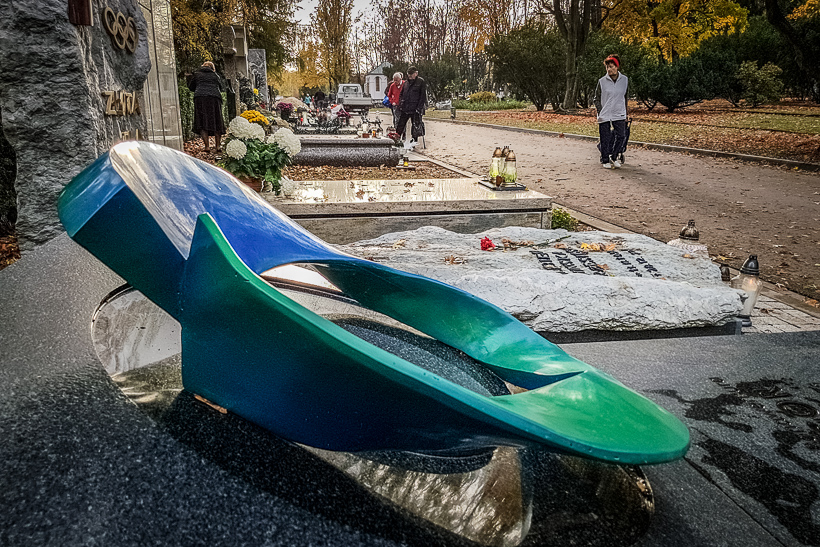 Viewing the tombs in Powązki is like going on a tour of artistic trends through the centuries.Kalbar/TFN

The wealthy burghers, aristocracy and gentry built family tombs there.

During the Kościuszko Uprising, Powązki became an area of fierce fighting against the Prussian army besieging Warsaw. Soldiers killed in the fighting for Warsaw were buried in common graves, separately for Poles, Prussians and Russians.

During the time of the Duchy of Warsaw soldiers of Napoleon's army, who died in hospitals in Warsaw were also buried. 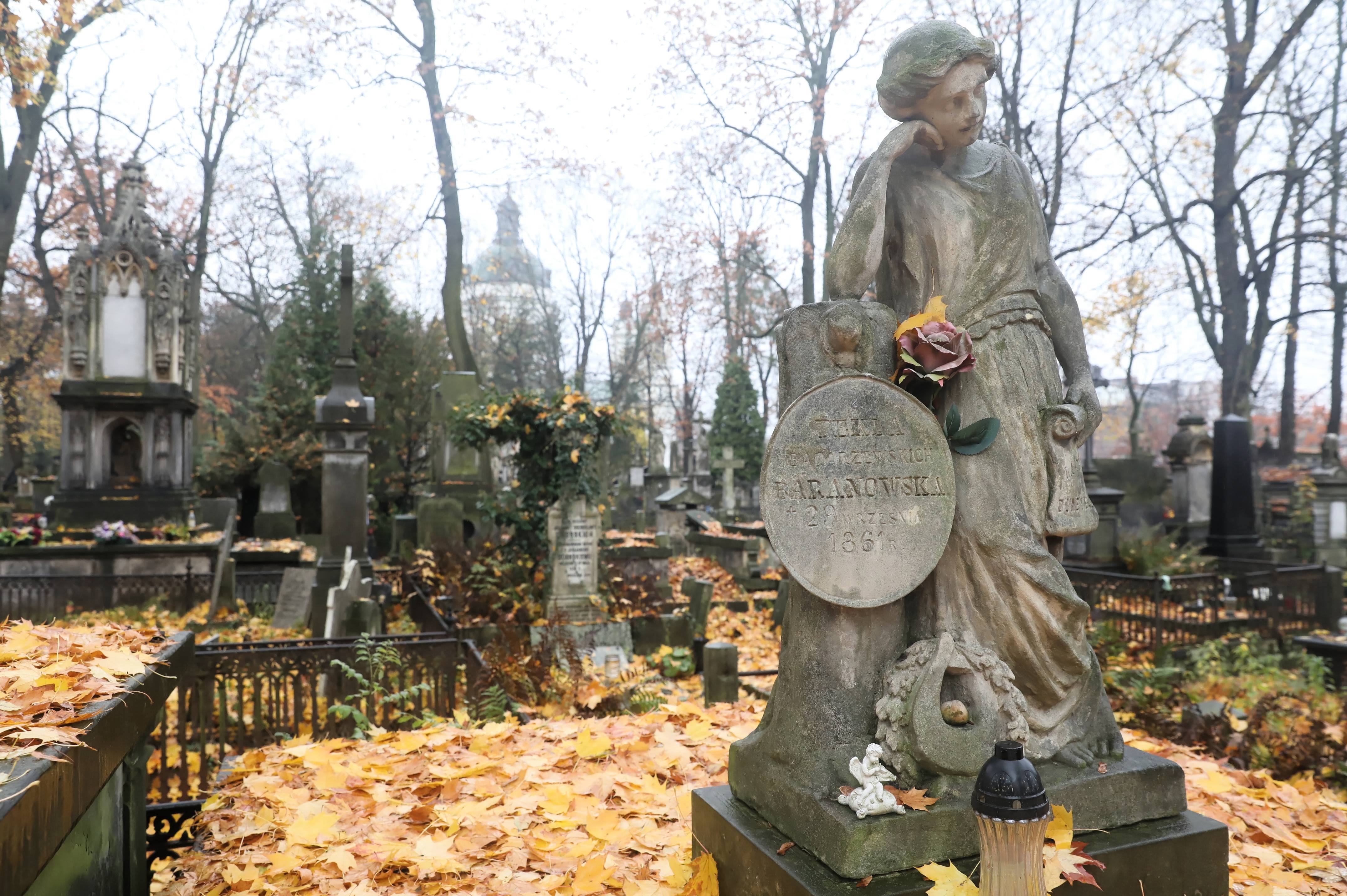 During World War II, the Home Army used the cemetery as a weapons depot. Food for the ghetto was also channelled through it. At that time, many beautiful historically interesting monuments were destroyed.

Each year on All Saints Day on November 1 and on All Souls Day on November 2, the cemetery glows in golden hues from the votive candles lit by people visiting the graves of family or of well-known Poles.

Photographs showing carpets of remembrance candles are shared globally and people around the world are reminded of Poles’ respect and reverence for the dead.