Tomasz Bagiński: From lowly student to executive producer of Netflix series ‘The Witcher’

Tomasz Bagiński, once a prodigy child of Polish computer-aided animation, does not deny the roots he grew from. But today, as a mature and experienced creator, he preferred to be referred as film-maker and producer.

The First News: Where are you in your professional career at the moment?

Tomasz Bagiński: For me, the place that I am right now, is another step on my way to achieving my long-planned goal, which is to be at the top of the international film industry. And slowly, step by step, I am toddling in this direction.

TFN: Speaking about steps, let me ask you a basic question: from the perspective of time, could you point to the milestones in your creative, professional path?

TB: Indisputably it was my first animated film entitled “The Cathedral”. Thanks to that, my name became relatively recognizable.” 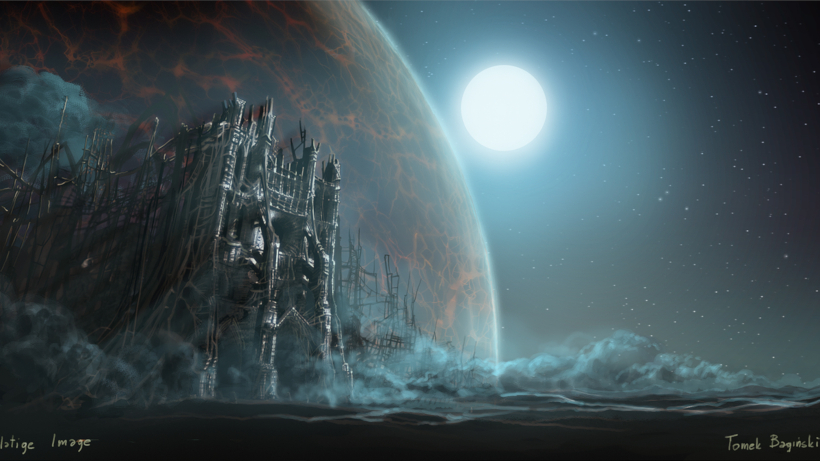 'The Cathedral' (2002), by Tomasz Bagiński.Platige Image

[TFN note: It was more, than mere recognition. “The Cathedral”, a six-and-a-half-minute computer animation, which took three years of backbreaking, solo work, was released in 2002. It was based on a short story of the same name written by Jacek Dukaj, one of Poland’s most popular, contemporary sci-fi writers. The visual side of the film was inspired by the paintings of Zdzisław Beksiński, whose work is often compared to the H. R. Giger, the man behind Ridley Scott’s “Alien”. Bagiński’s film was nominated in 2002 for Best Animated Short Film at the 75th Academy Awards, and won, among others, the title of Best Animated Short at Siggraph 2002 in San Antonio. An iPad loaded with “The Cathedral” was one of the several gifts which, in 2011, the then Polish Prime Minister Donald Tusk gave to American President Barack Obama.]

TFN: It must be said, that was a fairly grand entrance to the film world. What other work of yours do you consider important?

TB: Without a shadow of the doubt it was the series ‘Polish Legends’, released a few years ago. This collection of reinvented Polish narratives, deeply rooted in our culture – like the Wawel Dragon and Pan Twardowski – is still dear to me.

[TFN note: Each episode of the series, co-produced with Allegro - the biggest online e-commerce platform in Poland - had an average 5 million views. Which is not a bad result considering the hermetic nature of the content, understandable exclusively to the Polish recipients.]

TFN: Any other milestones in your career?

TB: OK, I have to admit it’s ‘The Witcher’, which I’m working on right now.

[TFN NOTE: The Witcher is an upcoming fantasy drama for Netflix. It is based on a series of short stories and novels about the witcher Geralt of Rivia, conceived and written by Polish fantasy writer Andrzej Sapkowski. The books, translated into about 20 languages, brought fame to the creator, but what really popularized the character of The Witcher was an action role-playing video game developed by the Polish company CD Projekt Red, and released, for the first time, in 2007. Now, thanks to Tomasz Bagiński, and others, it will be turned into a global TV series]

TFN: How long does it take to prepare for such a large film production?

TB: It takes a few years. We are talking here about a very serious branch of the entertainment industry, so there is no place for mistakes.

TFN: I suppose the same refers to any future projects of yours.

TB: Yes. I know what I will do in the next few years. Everything is planned and scheduled.

TFN: Is the risk of routine lurking in such well-planned activity?

TB: There is always a slight risk of routine, but its rather unlikely. Every day something happens that no one has foreseen, every day something happens which needs to be reacted to, and the life of the director and the producer is a constant extinguishing of fire. The reality of a film set is that it is constant chaos, and the only thing you can do is try to control this chaos. So, it's really good to know exactly what will be done. 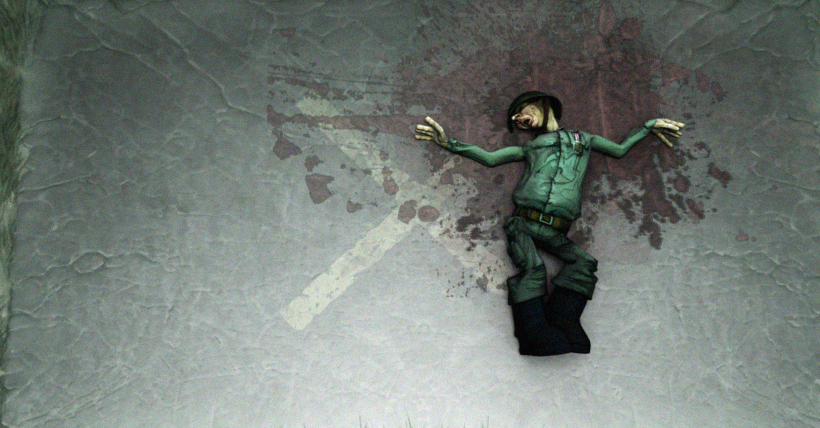 TFN: What would you say is the universal recipe for success?

TB: Well, there are three basic ingredients. The first of them is luck. It hard to get, it’s rare, but it’s necessary. Although people tend to overlook it, we must be constantly aware of the enormous role of coincidence in our lives. And we must be humble in front of that fact.

TFN: I thought you would say something about a talent, a gift…

TB: Luck and talent have a lot in common: both factors are independent of us. If someone was born with any given talent, it has nothing to do with his will. Nobody has any control over it. So, in my opinion it’s not wise to be proud of our talents. Its not an achievement to be born with this or that particular set of genes. There isn’t anyone who has no talent at all, everyone is born with a little bit of talent for something. But we should try and develop even our smallest talents. This is a real thing to be proud of. But, that’s another story. The main ingredient is luck.

TFN: And the second ingredient is…? 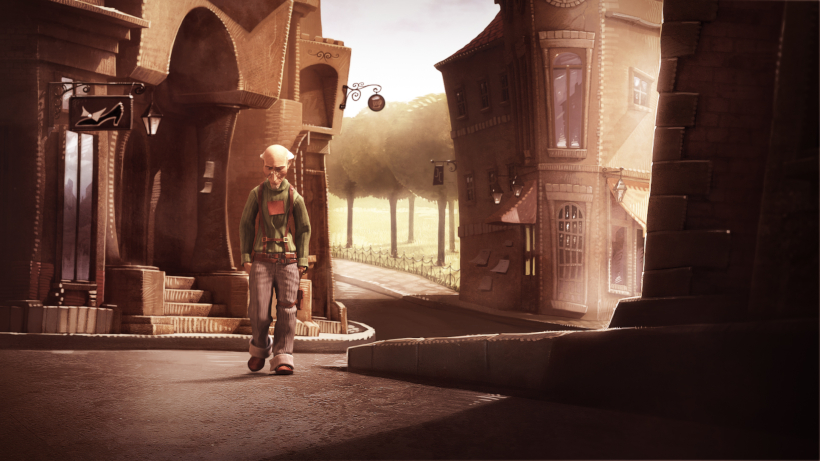 'The Kinematograph' (2009), by Tomasz Bagiński.Platige Image

TB: Goals. Setting yourself clear goals that you want to achieve. And making sure that these goals are achievable, because setting unachievable goals is destructive. Of course, it is very important to understand what the implementation of goals is related to. To be as conscious as possible about the price one has to pay for it. And experience proves that with these assumptions, you can usually achieve these goals.

TFN: And then we can celebrate our success.

TB: The feeling of success is fleeting and treacherous, so it is best not to concentrate on it for too long and move on to the next goal. It is good to be glad, for a moment, that we were lucky, but not for too long.

TFN: It is very characteristic that when asked about the recipe for success, you didn’t mention hard work. Why? Because it's too obvious?

TB: Yes, it is. Hard work is elementary. In addition, remember that hard work starts the moment you start setting goals. It requires sacrifice and effort. Nothing happens by itself. 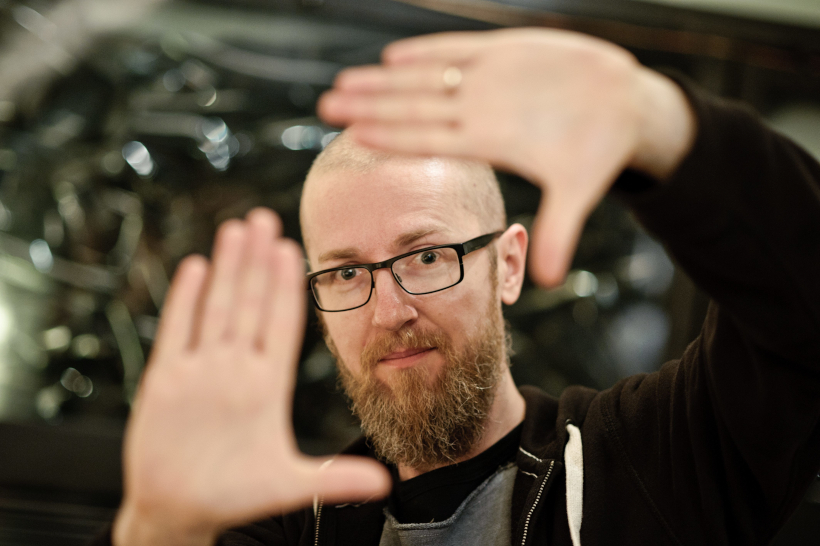 Tomasz Bagiński, once a prodigy child of Polish computer-aided animation, does not deny the roots he grew from. But today, as a mature and experienced creator, he preferred to be referred as film-maker and producer.Marcin Obara/PAP

TFN: Let me ask you one more question. Before you took up film, you studied architecture. What did this background give you?

TB: Architecture has a lot to do with making films. In both cases, there is a set of very specific rules. And restrictions. Which is of course also an advantage. But today, from the perspective of time, I can say that studying architecture was first and foremost a huge lesson in aesthetics. An aesthetic look at reality needs – and must - be learnt in order to develop a certain sensitivity.

TFN: We must learn aesthetic perception like the laws of physics or the grammar of a foreign language?

TB: Exactly. Sometimes you need someone who, like a teacher, will tell you why the thing is pretty, and the other is just ugly. I myself, as a young man, just had to learn aesthetic perception.

TFN: Today is your birthday. What wishes you would like to get?

TB: The most basic wishes: health and a bit of luck. Because if we are healthy and have at least a bit of luck, the world is open to us. And nothing else really matters.