Olga Tokarczuk received the 2018 literary Nobel Prize at a ceremony in Stockholm today.

The author of ‘Flights’, ‘Drive Your Plow Over the Bones of the Dead’ and ‘Primeval and Other Times’, as well as the 2018 Man Booker International Prize recipient was recognized by the Nobel Committee "for a narrative imagination that with encyclopaedic passion represents the crossing of boundaries as a form of life.”

As the 15th woman to win the literary Nobel Prize and one of the 14 laureates today, Tokarczuk accepted the award in front of 90 Swedish Academy members and an audience of 1560 invited guests – artists, politicians, members of Swedish government, scientists, journalists and families of the winners. 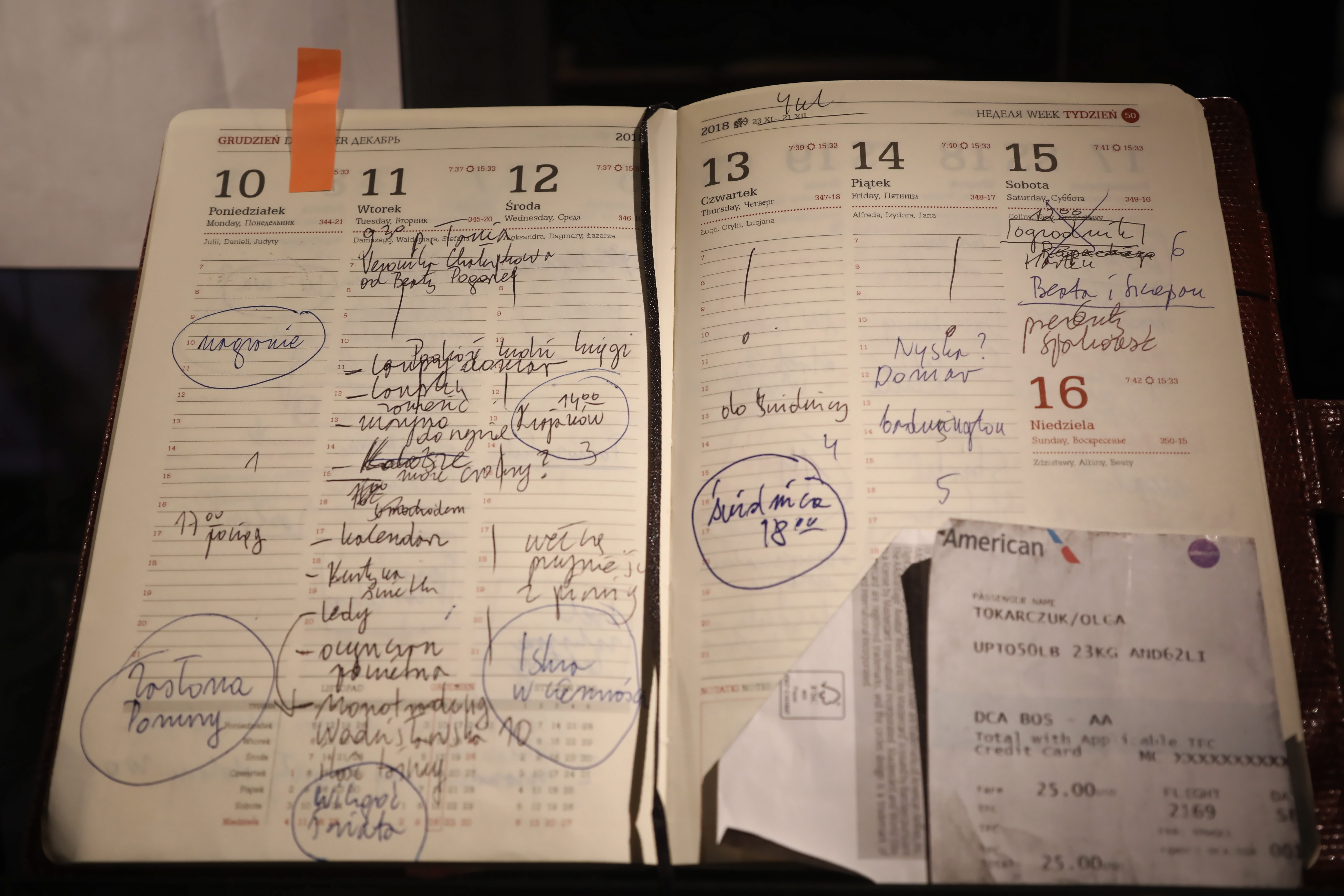 The 57-year-old author from Sulechów parted with her personal calendar from 2018.Wojciech Olkuśnik/PAP

The Polish novelist, poet and essayist was handed the gold medal and diploma by the Swedish king Carl XVI Gustaf, culminating the week she spent in Stockholm.

While traditionally the awards are presented on December 10th, the anniversary of Alfred Nobel’s death, the Nobel Prize awardees arrived on December 5th, to take part in meetings, both official and with fans, as well as present their Nobel lectures.

In addition, according to custom, the winners signed chairs in the Nobel Prize museum cafeteria and donated personal items, which will be displayed there. The 57-year-old author from Sulechów parted with her personal calendar from 2018. 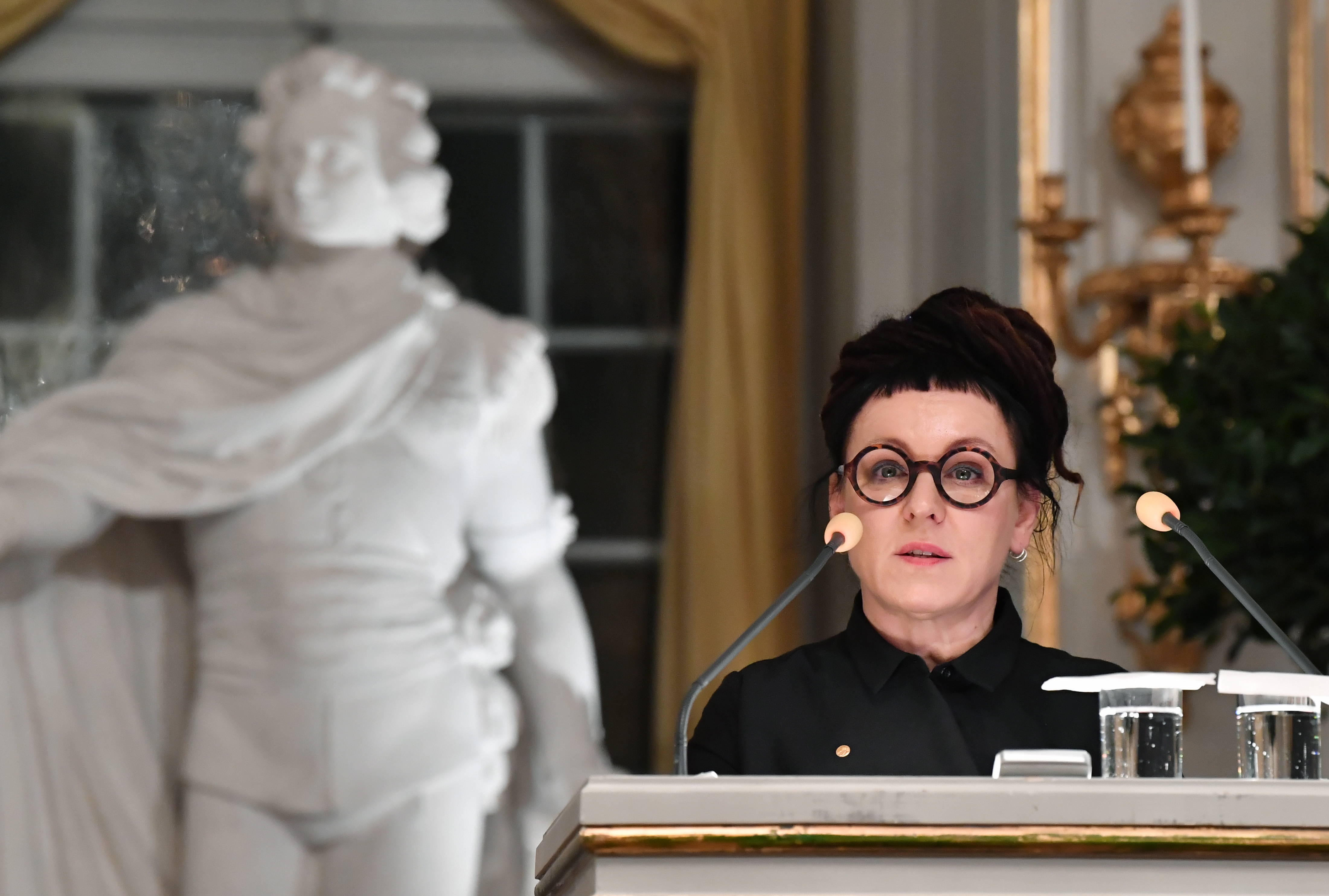 Commenting on modern story-telling based on a polyphony of first-person narratives, she said: “Thus literature has become a field for the exchange of experiences, an agora where everyone can tell of their own fate, or give voice to their alter ego.”PAP/EPA

On Saturday, December 7th, Tokarczuk gave the highly discussed lecture titled ‘The Tender Narrator’. The novelists and fifth Polish literary Nobel Prize winner, whose views often cause controversy in Poland, focused on the significance of literature and universal stories in the chaotic digital world.

Commenting on modern story-telling based on a polyphony of first-person narratives, she said: “Thus literature has become a field for the exchange of experiences, an agora where everyone can tell of their own fate, or give voice to their alter ego.

“It is therefore a democratic space—anyone may speak up, everyone can create a speaking voice for herself.

“Never in the history of humanity have so many people been writers and storytellers. We have only to look at the statistics to see that this is true.” 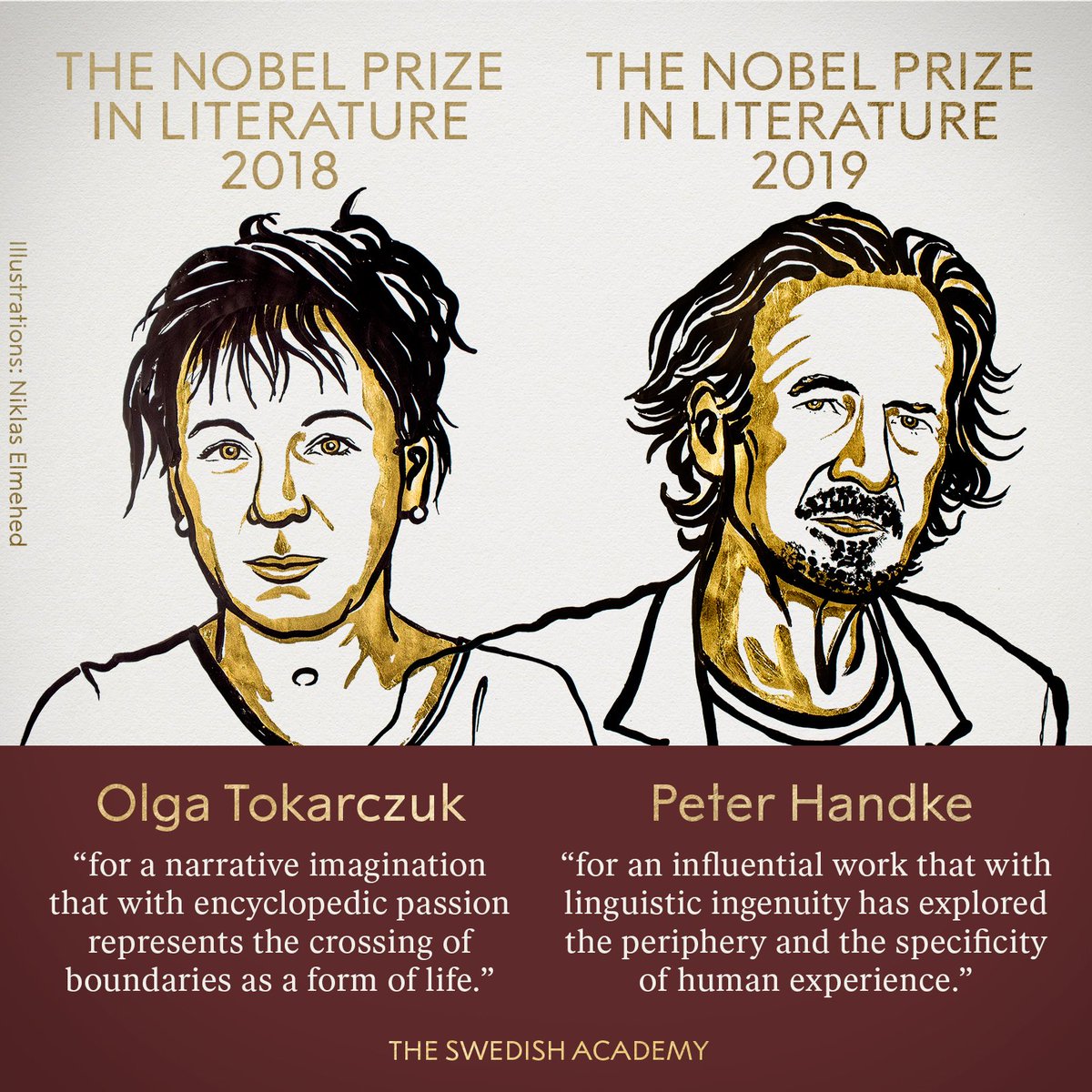 The novelist, poet and essayist was announced winner of the 2018 Nobel Prize for Literature in October.The Nobel Prize/Twitter

She went on to highlight how crucial the narratives we read are to how we understand the world. “A thing that happens and is not told ceases to exist and perishes.

“This is a fact well known to not only historians, but also (and perhaps above all) to every stripe of politician and tyrant. He who has and weaves the story is in charge.”

Addressing the idea, that universal access to knowledge and information, accomplished by the creation of Internet, would lead to enlightened and rational decision making of political level, the Nobel Prize winner said: “Information can be overwhelming, and its complexity and ambiguity give rise to all sorts of defence mechanisms—from denial to repression, even to escape into the simple principles of simplifying, ideological, party-line thinking.” 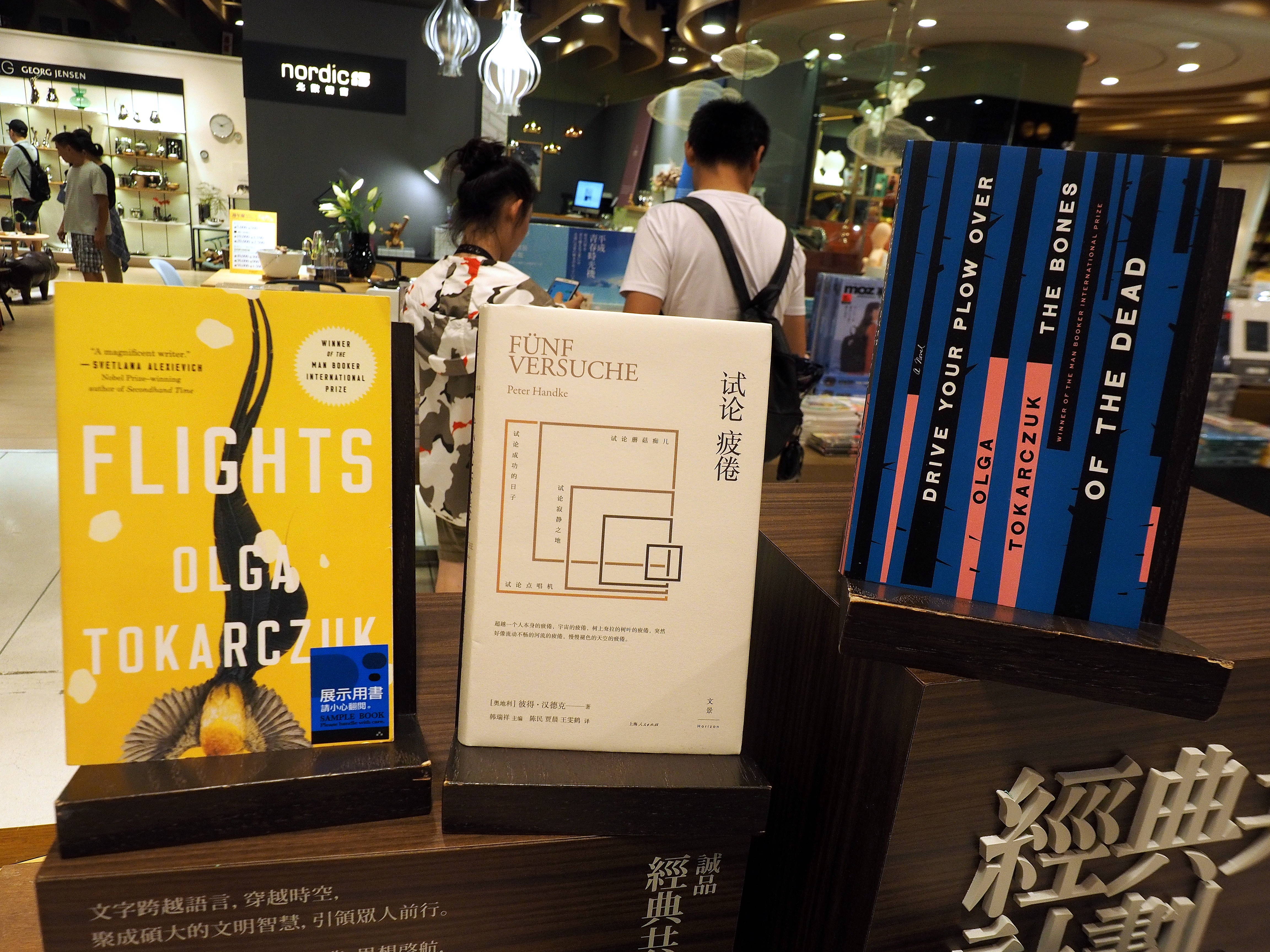 The author of ‘Flights’, ‘Drive Your Plow Over the Bones of the Dead’ and ‘Primeval and Other Times’, was recognized by the Nobel Committee PAP/EPA

While Tokarczuk painted a pessimist view of today’s society, saying: “The world is dying, and we are failing to notice. We fail to see that the world is becoming a collection of things and incidents, a lifeless expanse in which we move around lost and lonely, tossed here and there by somebody else’s decisions, constrained by an incomprehensible fate, a sense of being the plaything of the major forces of history or chance,” she offered a hopeful note at the end.

“Literature is built on tenderness toward any being other than ourselves. It is the basic psychological mechanism of the novel. Thanks to this miraculous tool, the most sophisticated means of human communication, our experience can travel through time, reaching those who have not yet been born, but who will one day turn to what we have written, the stories we told about ourselves and our world.” 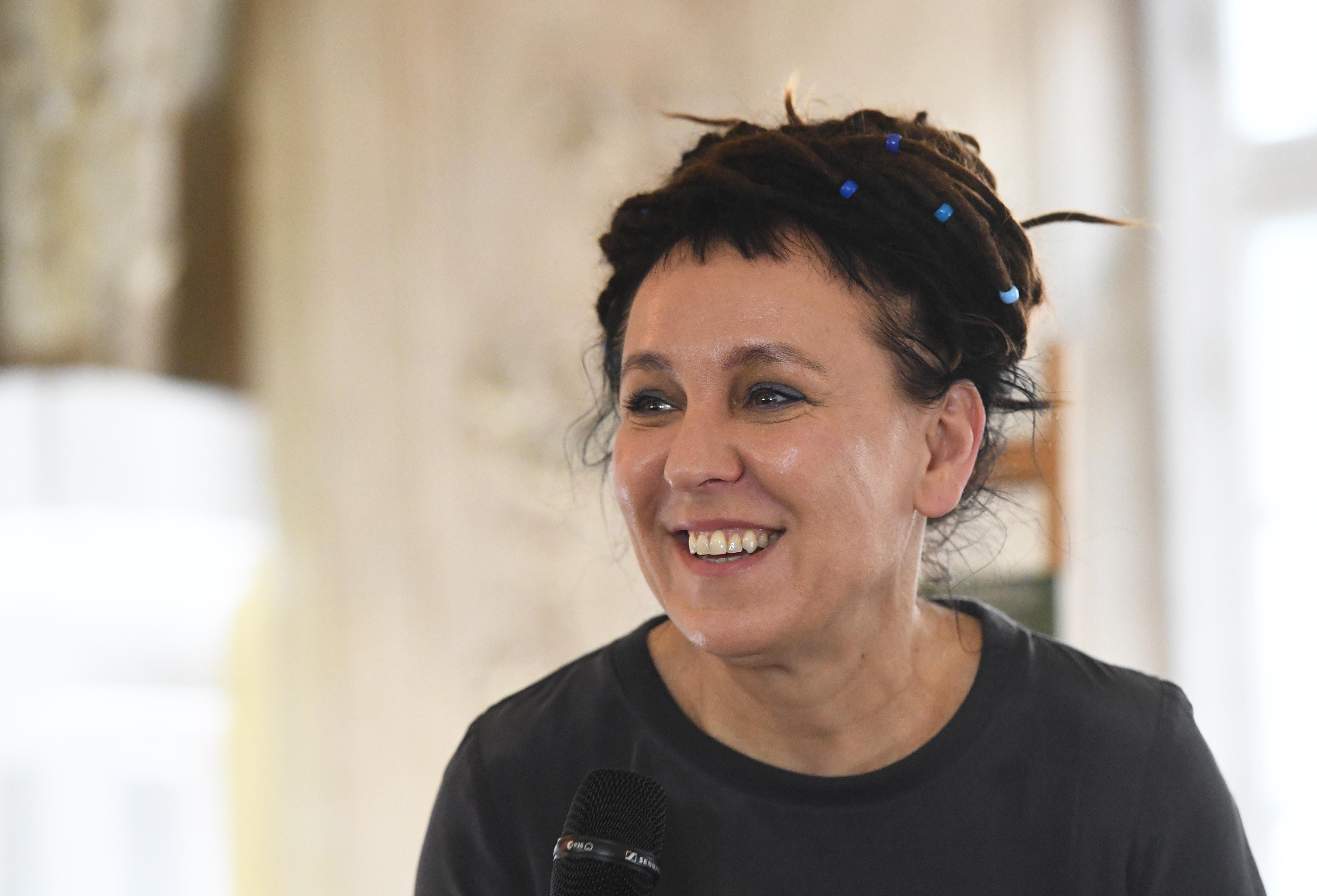 The 57-year-old is the most recognized Polish author of her generation abroad.Jacek Bednarczyk/PAP

She concluded: “That is why I believe I must tell stories as if the world were a living, single entity, constantly forming before our eyes, and as if we were a small and at the same time powerful part of it.”

Tokarczuk has already said that she will use PLN 350,000 (EUR 81,383) of the prize money to establish a foundation, which will support and promote Polish and global art and culture, advocate for human rights and civil freedoms, as well as aid environmental activities.