In what is one of Poland’s more unusual architecture contests, every year the Koło competition chooses the best design for a public toilet.

This year’s competition, the 21st, was for a public toilet and playground by the Jezioro Długie lake in Olsztyn, the capital of Poland’s lake-filled Warmian-Masurian region.

The 250 entries were assessed by a jury made up of architects and officials, including the head of the Olsztyn branch of the Association of Polish Architects (SARP). Selecting the winner, they considered the designs’ architectural, functional and ecological qualities, as well as its ability to fit in with the local environment, among other factors.

The Grand Prix went to Kinga Grzybowska, Michał Hondo, Klaudia Gołaszewska, Marek Grodzicki, whose design was recognised for its “simple and aesthetic form”. 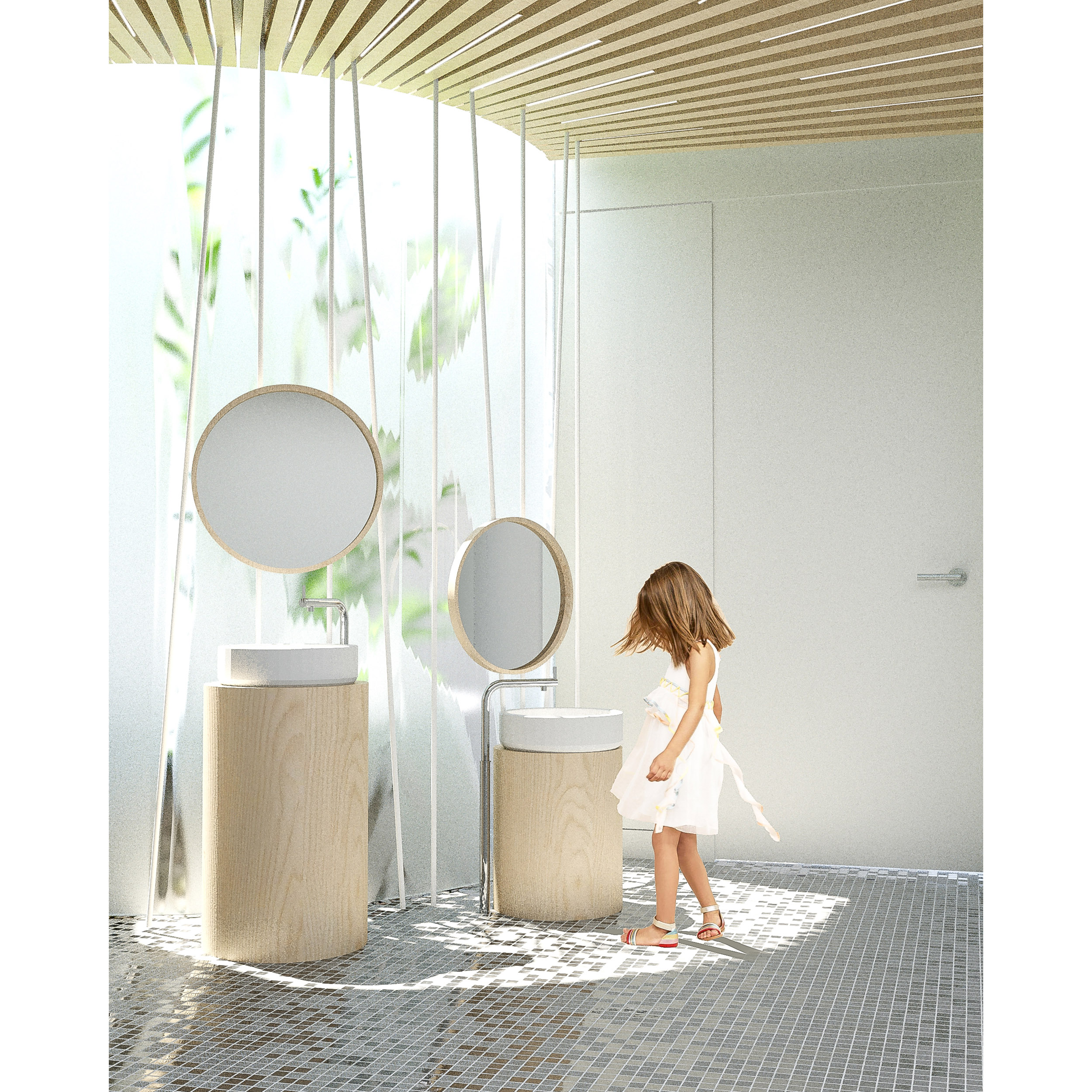 To save water, the collected rainwater and 'grey water' gathered when visitors wash their hands can be used to flush the toilets.KOŁO Press materials

Their entry – which includes public toilets and a playground, as required – consists of a cylindrical building encircled by an oval ramp that leads up to a viewing platform for admiring the lake.

Designing the site, the architects wanted to create an interesting and safe space for the public, especially children. The accompanying playground is closed off by the ramp, ensuring that it is sheltered from the road.

Nature plays an important role in their design, which uses natural materials such as wood. The building itself has a green atrium, providing natural light and a place to collect rainwater.

The building was designed with the environment in mind. Its cylindrical form helps minimise heat loss, while its LED lighting saves energy. To save water, the collected rainwater and “grey water” gathered when visitors wash their hands can be used to flush the toilets. 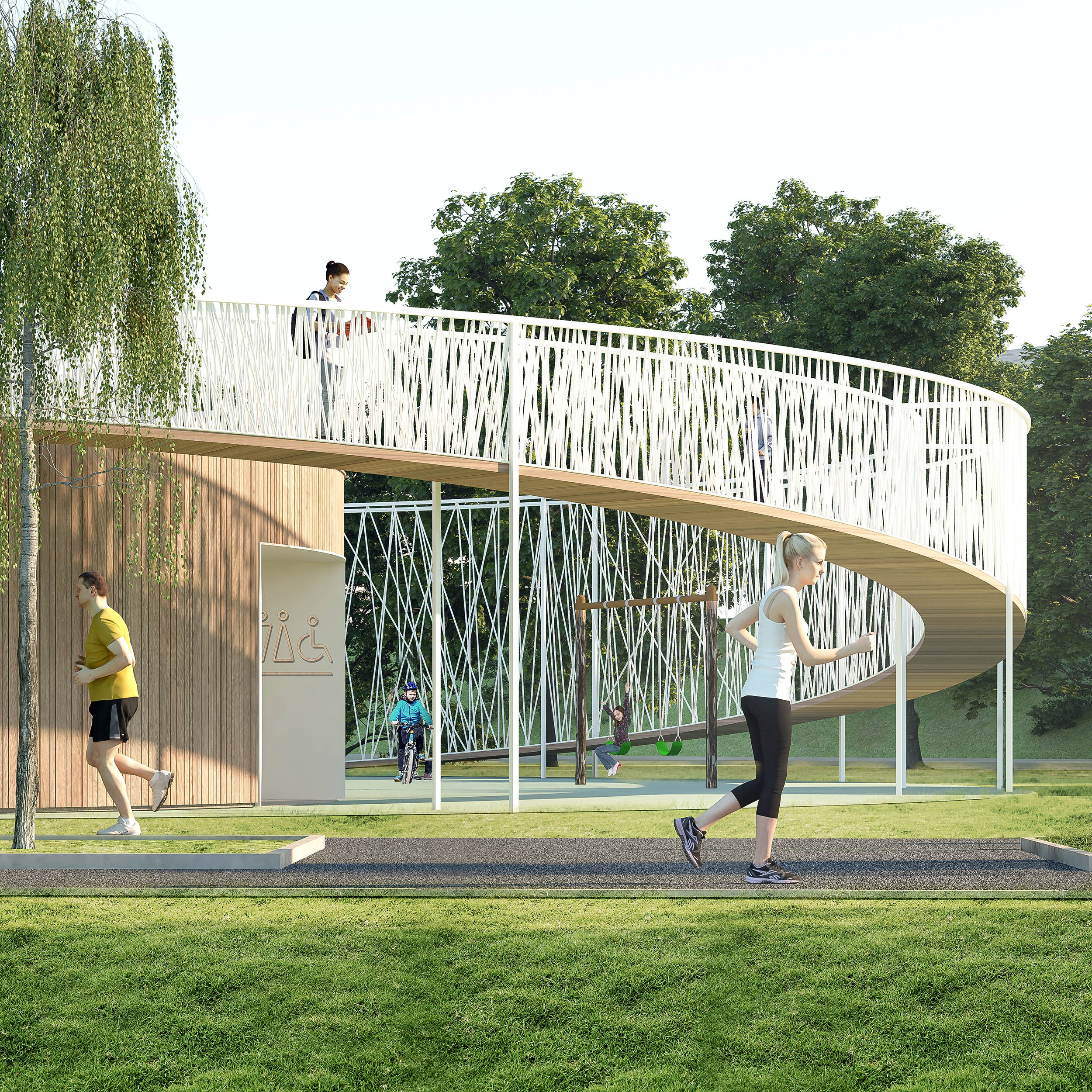 Nature plays an important role in their design, which uses natural materials such as wood.KOŁO Press materials

The winners of the Grand Prix, whose design is expected to be built in Olszytn, received PLN 20,000, with smaller cash prizes for runners-up.

At the award ceremony at Olsztyn City Hall on 18 June, Krzysztof Brzeziński, director of marketing at manufacturer of sanitary parts Geberit, which organises the competition, summed up the competition’s evolution over the past two decades.

“We will not fix the world, but we are aware that we are adding our small brick to a better life for city dwellers,” he said.

Stunning ‘village for the homeless’ is most ‘beautiful shelter in Europe’