When Polish forces seized Kyiv 100 years ago after a lightning campaign that left the Red Army in panic and disarray, it came as a surprise.

They had never intended to reach that far. The rapid advance of the Poles with their Ukrainian allies against the Bolsheviks, which started in April 1920, caught the Bolsheviks off guard.

Under pressure of the Polish attack, the Red Army retreated to the eastern bank of the Dnieper river.

To probe the city centre, rather than ride horseback, they took the tram. By the evening of 7 May, after chasing the few remaining Bolsheviks who fled also by tram, Polish forces had taken control of the city. 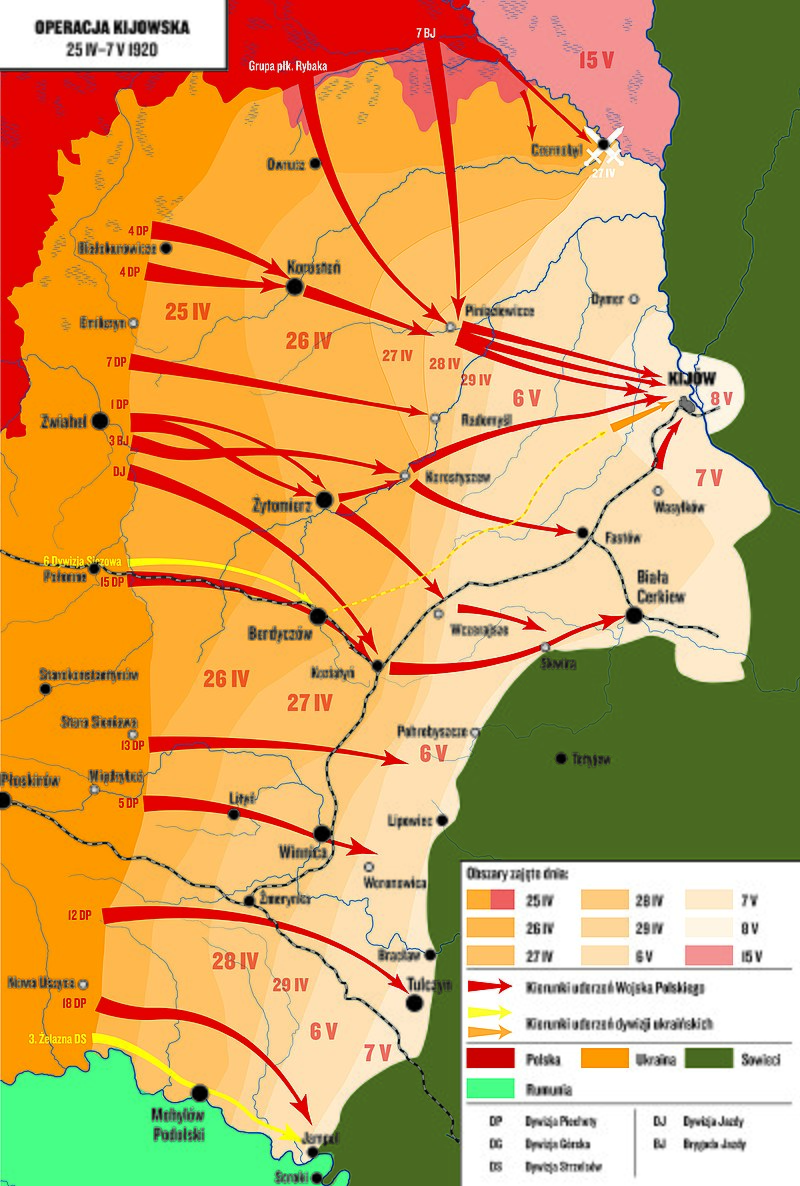 The initial aim was to break up the Red Army in order to inflict a devastating blow on the Bolsheviks.Tomasz Ginte/IPN

It was a spectacular success, but the failure to deliver a decisive blow to the Red Army meant they would not hold the city for long. The Poles would face the Bolsheviks again at the gates of Warsaw later in the year for a final reckoning.

Józef Piłsudski’s bold excursion deep towards the east was part of his grand idea to create a buffer of independent countries allied with Poland, including Lithuania, Belarus and Ukraine. His plan envisaged that these states would be connected with Warsaw by a military and political alliance.

The threat from Soviet Russia was very real. Fighting between Poland and the Bolsheviks had started in the beginning of 1919 and Piłsudski was well aware that Poland would be the first victim of the export of revolutions after the Bolsheviks' victory in the Russian civil war. 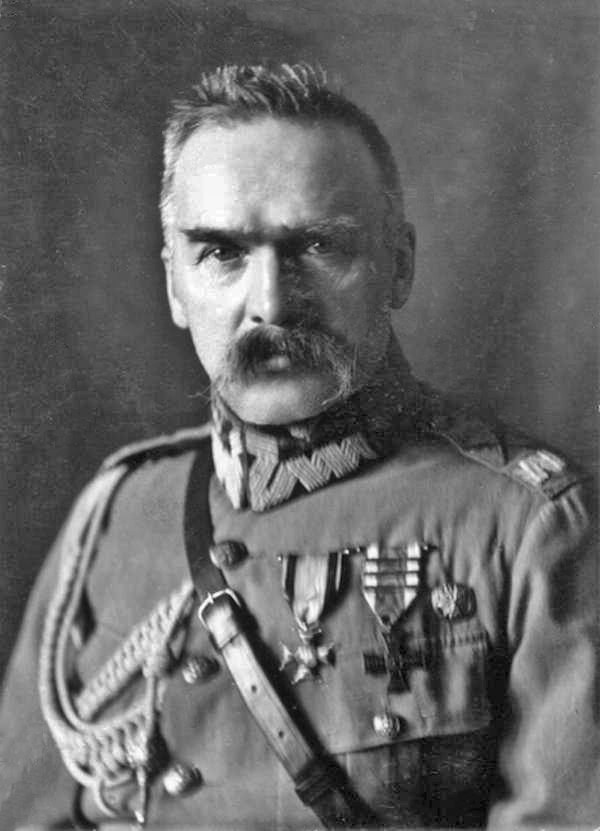 Józef Piłsudski’s plan was to surprise the Soviets by a bold expedition deep into Ukraine, thereby seizing the strategic initiative before the Bolsheviks hit Belarus.Public domain

To make that happen, the Red Army had been preparing an attack on Poland through Belarus since the beginning of 1920.

Piłsudski decided to pre-empt the Bolshevik attack. His plan was to surprise the Soviets by a bold expedition deep into Ukraine, thereby seizing the strategic initiative before the Bolsheviks hit Belarus.

The occupation of the Ukrainian capital was an unintended cherry on the cake. The initial aim was to break up the Red Army in order to inflict a devastating blow on the Bolsheviks.

To achieve these aims, Poland sought the help of Symon Petlura, the leader of the fledgling Ukrainian People’s Republic.

Poland sought the help of Symon Petlura, the leader of the fledgling Ukrainian People’s Republic, offering him military help to regain territory the Ukrainians had recently lost to the Soviets.Public domain

In a quid pro quo, Poland offered Petlura military help to regain territory the Ukrainians had recently lost to the Soviets.

Petlura would be installed in Kyiv at the head of the republic. Poland would in turn achieve a buffer state between the resurrected Poland and the expansionist Soviet Union.

The operation started on April 25, 1920. The pace of the march was unprecedented. On the first day the infantry and cavalry units reached all their territorial targets. The successes were beyond all expectations, but now they created new problems.

On April 27, General Smigly-Rydz's Operational Group stopped their main attack to take stock. He did not know what to do next. There were no orders, and Pilsudski was far away on the Lithuanian-Belarusian section of the front. 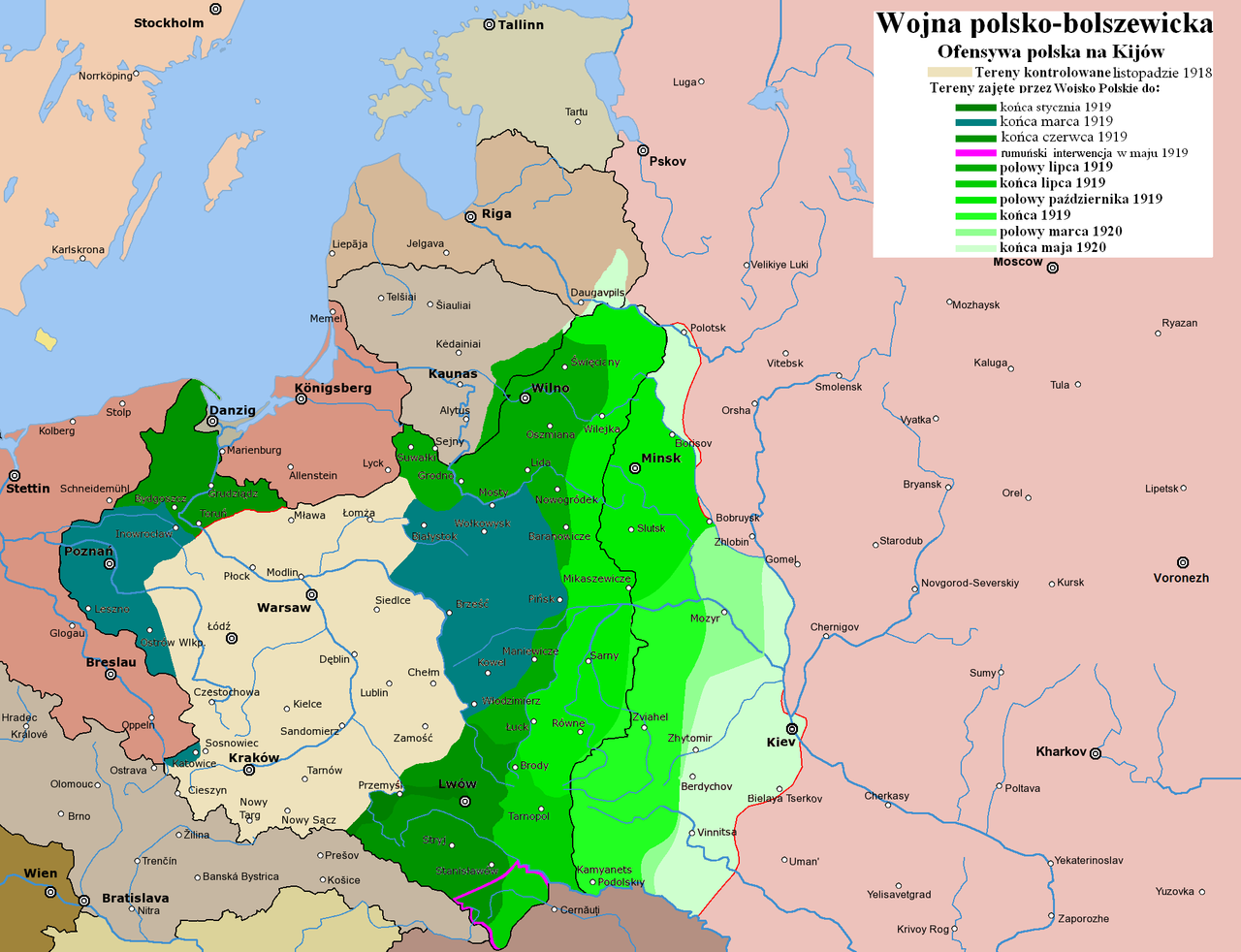 The idea was to create a military and political alliance, a buffer of independent countries allied with Poland, including Lithuania, Belarus and Ukraine.CC BY-SA 3.0

Piłsudski had thought that the Bolsheviks would put up considerable resistance much further west and he had no plan.

Meanwhile, the Bolsheviks were in panic. They realised that they were not strong enough to fight a decisive battle and decided to retreat east of the Dnieper out of fear of being routed. Piłsudski still did not know what to do and hesitated.

Eventually, the Poles started to march towards Kyiv and encountered weak resistance from the Soviets.

When they arrived in the western suburbs of the city, they had no idea if the Red Army was still in the city or in what numbers. 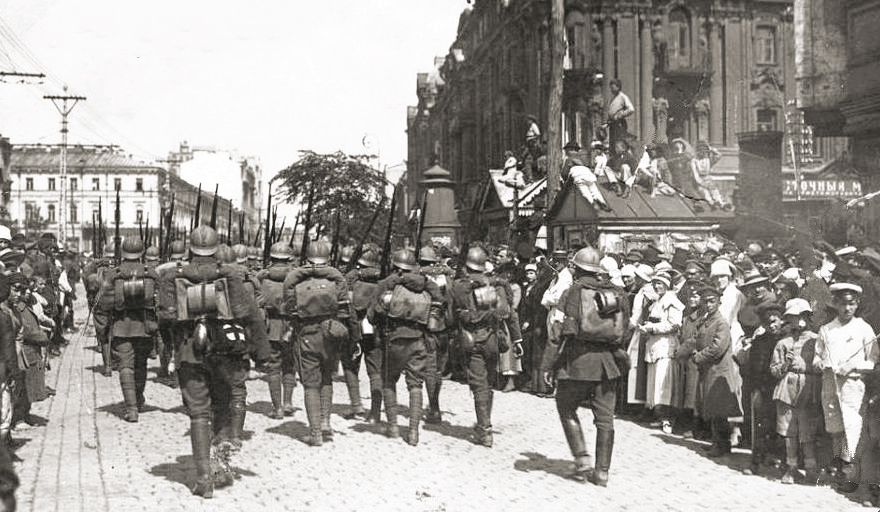 The Poles decided to infiltrate the centre by public tram, not knowing that several thousand Red Army soldiers were still in the city.

Colonel Jan Suzin, a veteran of the Polish-Bolshevik war, recalled: “We didn't see the enemy anymore, it had withdrawn too quickly. So without major clashes, at dawn on May 7, 1920, we approached Kiev.

“We got the news that the Red Army left the city and retreated behind the Dnieper. The patrol of the 1st Light Cavalry Regiment, not on horseback as you would expect, but in a requisitioned tram entered the city centre.”

The Poles seized the tram in a shoot-out, mounted a machinegun on board and set off.

Arriving in the city centre unnoticed, they realised that there were still several thousand Soviet soldiers. They took seven prisoners from the street and returned to the place of the original ambush. 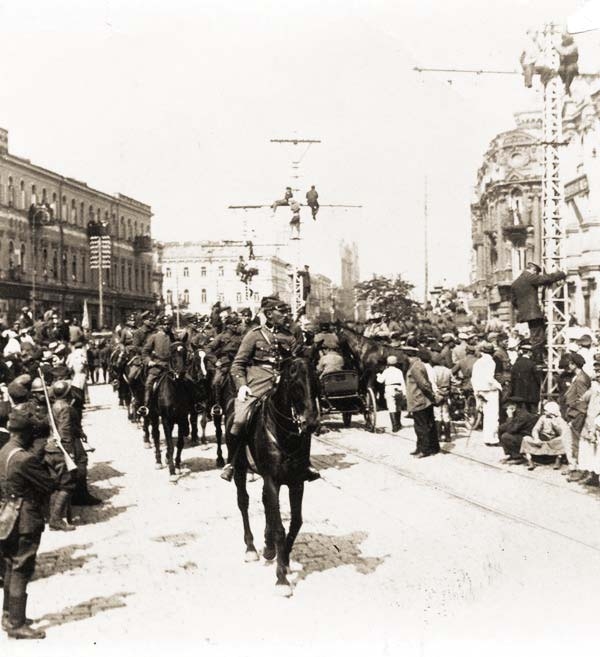 By the evening of 7 May Polish forces had taken control of the city.Public domain

The Poles returned with a stronger force to take the city. The fighting went on late into the evening of May 7. The battle took a strange turn when the enemy escaped by trams pursued by Poles in trams.

The capture of Kyiv was a huge success. However, in strategic terms, Piłsudski’s hesitation allowed the Bolsheviks to withdraw and regroup without major losses.

The counter-attack came just a week later, which, although initially repulsed, in June forced the Polish army to retreat from the city.

The Kyiv Expedition was Poland’s last throw of the dice to draw the map of Europe in a way that suited it best.

Two months later, the Bolsheviks would be at the gates of Warsaw.