Today is Polish and Hungarian Friendship Day. But what is it that makes this relationship so special?

Poland and Hungary have shared an exceptional and unwavering bond of friendship throughout both countries’ 1,000 years of history.

To mark this enduring relationship, in 2007 the parliaments of both nations set 23 March as the Day of Polish and Hungarian Friendship.

Such a cordial relationship with almost no conflicts, highly unusual in Central Europe, has been built on centuries of common interests and a shared love of freedom.

Since the Middle Ages, the kingdoms of Poland and Hungary have had shared borders, shared rulers, common values, common interests and perhaps more importantly common enemies. 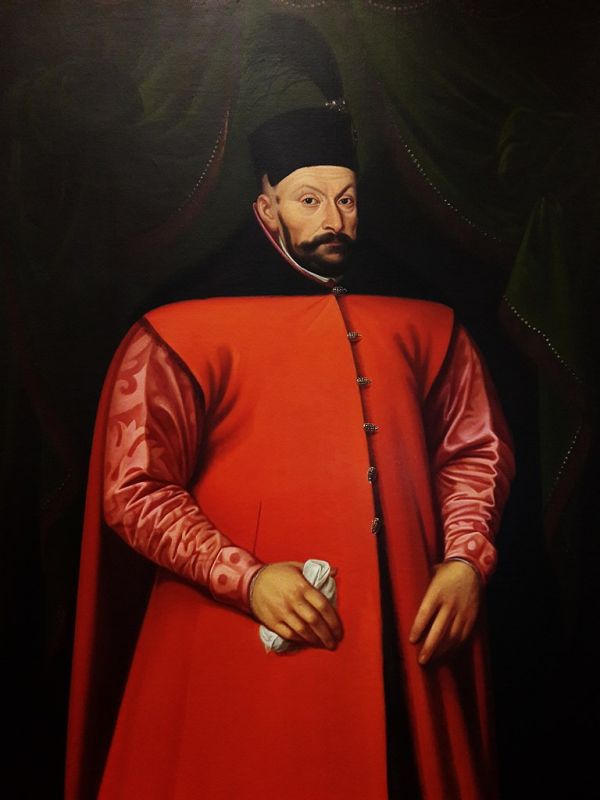 Stephen Báthory was a member of the Hungarian Báthory noble family and was crowned King of Poland following his election to the Polish throne in 1576.Public domain

Both nations adopted Christianity at around the same time, allied with each other in numerous wars and joined themselves in personal dynastic unions. Even when they found themselves on opposite sides during World War Two, the special relationship endured.

The bonds go all the way back to the 11th century when the first king of Hungary, Stephen I, occupied territories that bordered Poland under the Piasts. Even before that, Stephen's mother was Adelajda, the sister of Mieszko I.

However, it was in the 19th century during the Spring of Nations that the special bond reached its apogee.

The two nations were united in their striving for independence after Poland had been wiped off the map and Hungary was revolting against Austria. 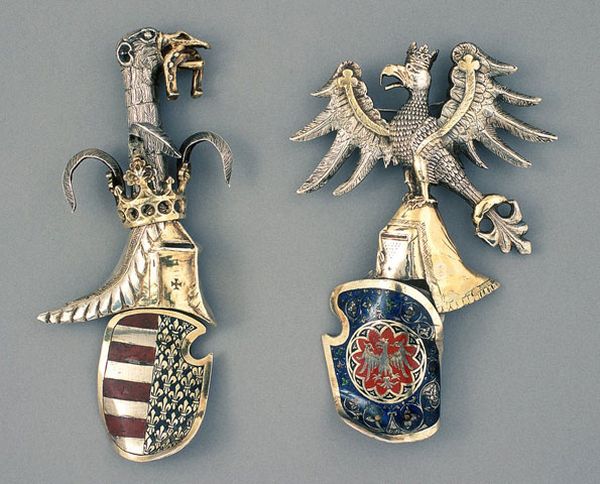 Pins with coats of arms of the Kingdom of Poland and Hungary from the years around 1340-1380, probably belonging to Elżbieta Łokietkówna (sister of Casimir the Great).Wiki

When the Austro-Hungarian war started in 1848, the Poles unequivocally took the Hungarian side believing that defeating the Austrian army would also contribute to Poland regaining its statehood.

To support their friends, two Polish legions were formed, one of them under the Polish general Józef Bem in Transylvania.

Józef Bem was a legendary leader of the Hungarian uprising, distinguished by his great organisational and leadership skills, unconventionality, speed, and courage.

His heroic deeds are at the core of the friendship between the two countries and he symbolises their common fight for freedom. 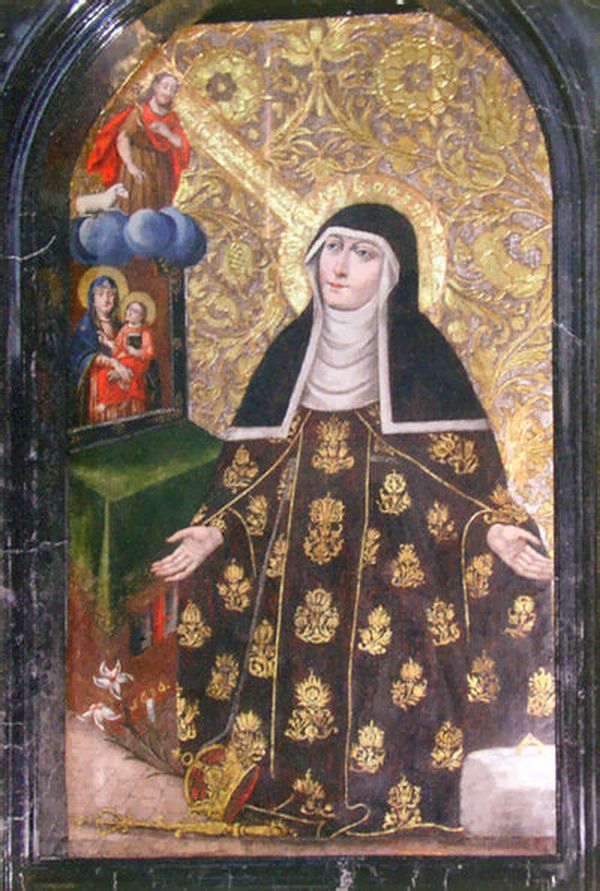 Thirteenth-century Saint Kinga, daughter of Hungarian king Bela IV and wife of High Duke of Poland Boleslaw the Chaste brought miners who started the extraction of salt in Bochnia and Wieliczka.Public domain

Indeed, it was at his monument in Budapest that the Hungarian Revolution started in 1956.

The next stage in the relationship was the Polish-Bolshevik war in 1920. The Hungarians, acutely aware of threat to their own land from the Red Army, sent the Poles around 60 million bullets for the Austrian and German weapons, which half of the Polish army used.

Budapest also offered to send 30,000 cavalrymen to fight the Soviets, but neither Czechoslovakia nor Romania agreed to the troops crossing their territories.

Hungary’s alliance with Hitler did not put an end to the friendship. Germany demanded that Hungary allow its troops to attack Poland from Hungarian soil. The Hungarians did not agree and refused to cooperate. 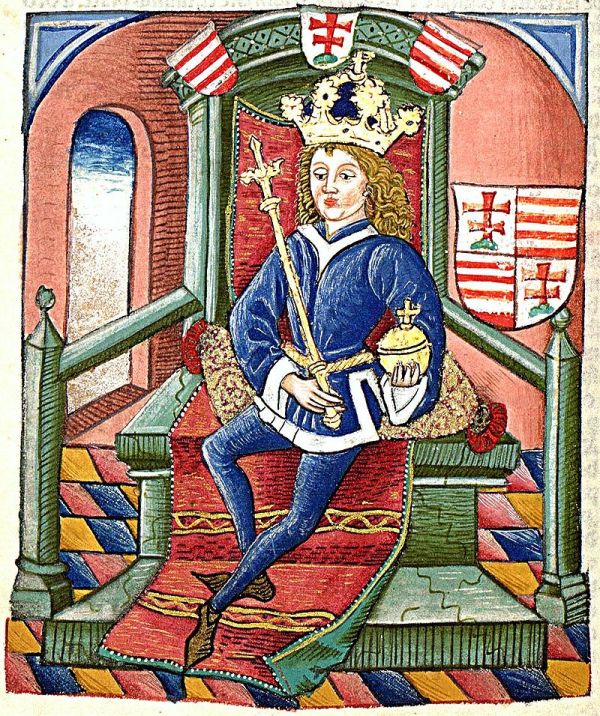 In the 14th century, the first personal union between Poland and Hungary took place when Louis I of Hungary ruled both kingdoms.Public domain

The Hungarian foreign minister wrote: “We are not willing to take part either directly or indirectly in armed action against Poland. By 'indirectly' I mean here that we will reject any demand which would lead to the possibility of German troops being transported on foot, by motor vehicles or by rail through Hungarian territory for an attack against Poland. If Germany threatens to use force, I will state categorically that we will respond to force with force.”

When the Soviets entered Poland on 17 September 1939, around 10,000 refugees from Poland arrived in Hungary and received an exceptionally warm welcome.

Later in the war, Hungarian troops helped the Poles during the Warsaw Uprising by refusing to fight against them on the German side and also by giving weapons and food to Polish insurgents.

German general Nicolaus von Vormann reported during the Uprising: “The commanding general of the Royal Hungarian II Reserve Corps, on my enquiry about the behaviour of his troops towards the Poles, reported: “It should not be counted on that the 12th Hungarian Reserve Division would fulfil the task of enclosing Warsaw from the north and clearing the large forest area north-west of it. 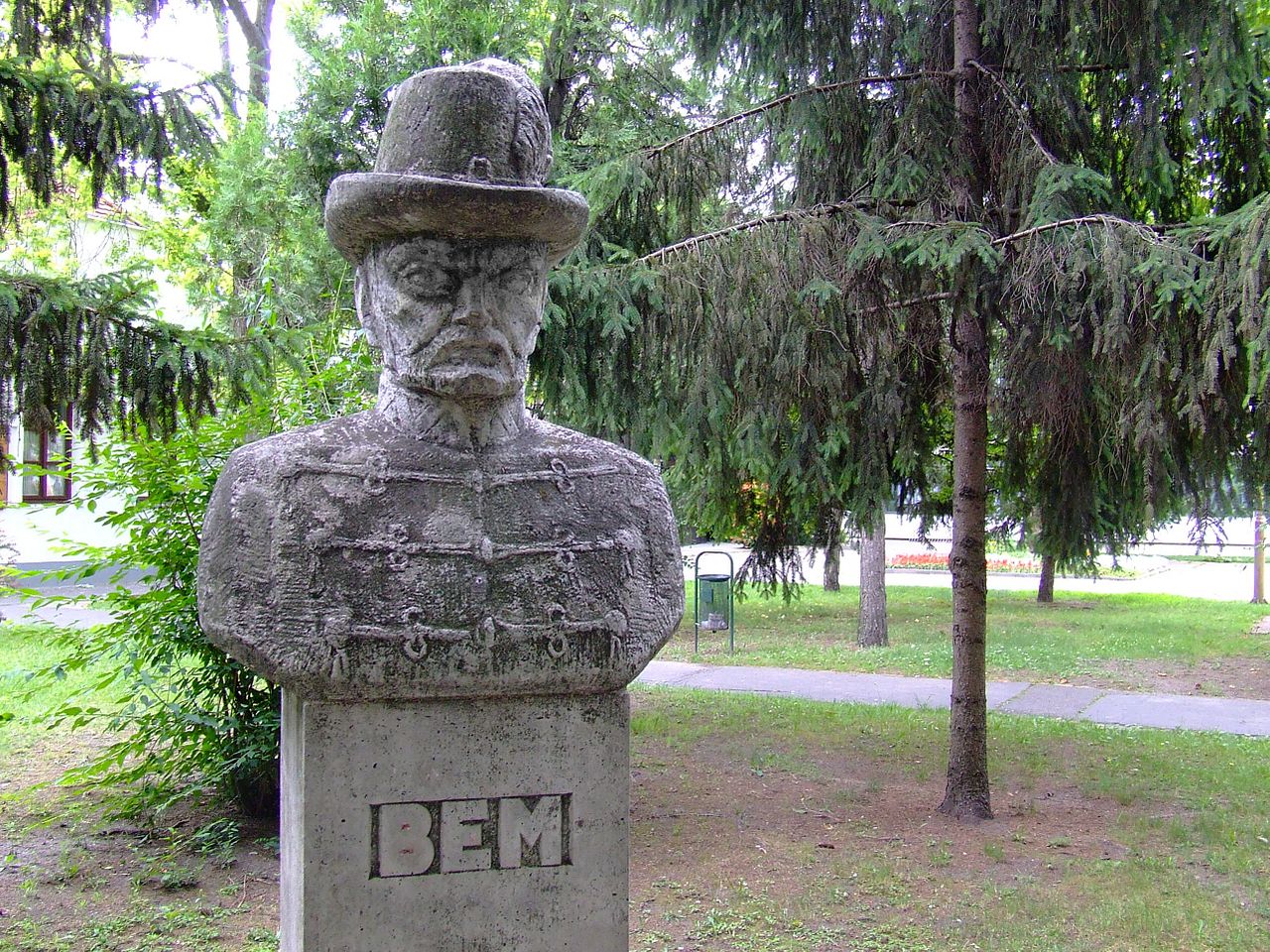 Bust of Józef Bem in Kiskőrös. When the Austro-Hungarian war started in 1848, two Polish legions were formed, one of them under the Polish general Józef Bem in Transylvania.Public domain

“The troops are warmly welcomed by the Polish population. There are already signs of fraternisation; the leaders of the national movement are trying to establish direct contact with the commanders. The Hungarians are being cajoled by the centuries-old traditional friendship between Hungarians and Poles to refrain from any military action.”

Hungarian commanders even offered to move 20,000 soldiers to the Polish side. Unfortunately, German intelligence stopped the negotiations with the country's regent, Admiral Horthy, and the Germans moved Hungarian troops away from Warsaw.

When Hungarians were in need in 1956, Poles were there for them. The Hungarian Revolution started when students and workers met at the monument to Józef Bem in solidarity with the concurrent protests in Poznan, which was bloodily suppressed by Soviet troops.

After the collapse of the revolution, Poles donated huge quantities of blood and sent aid to the Hungarians, providing more than even the USA. 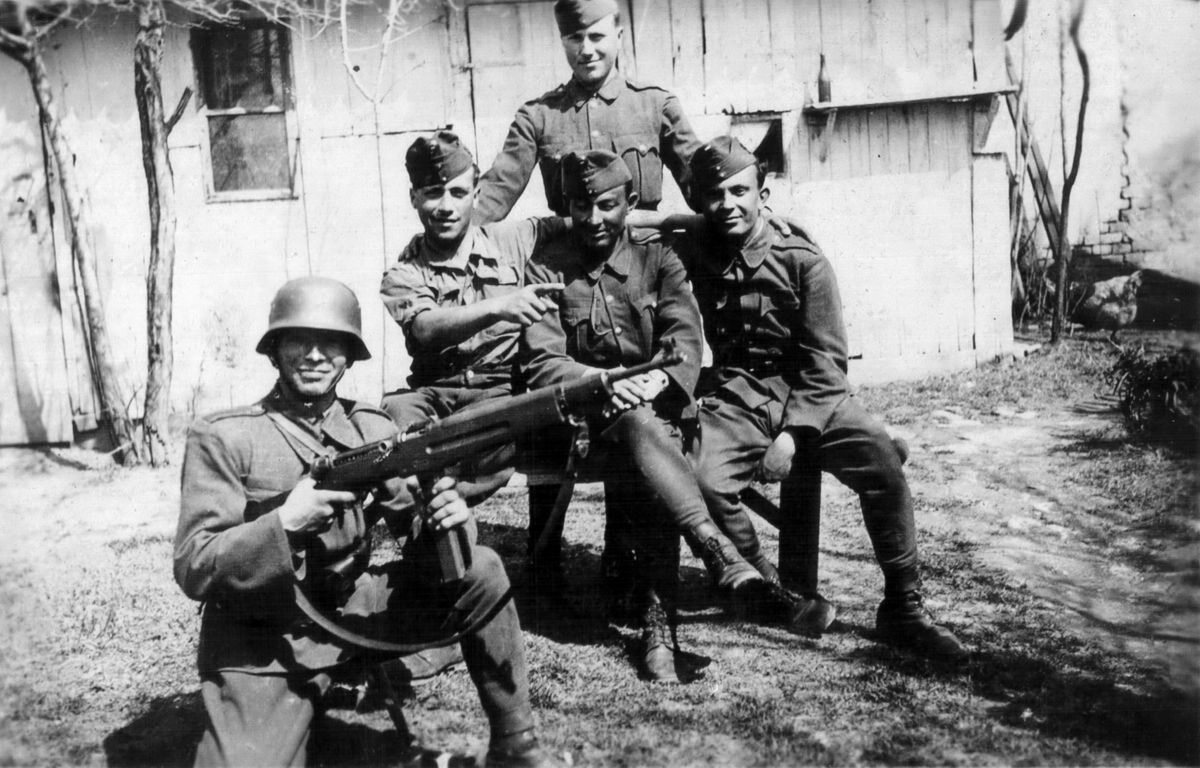 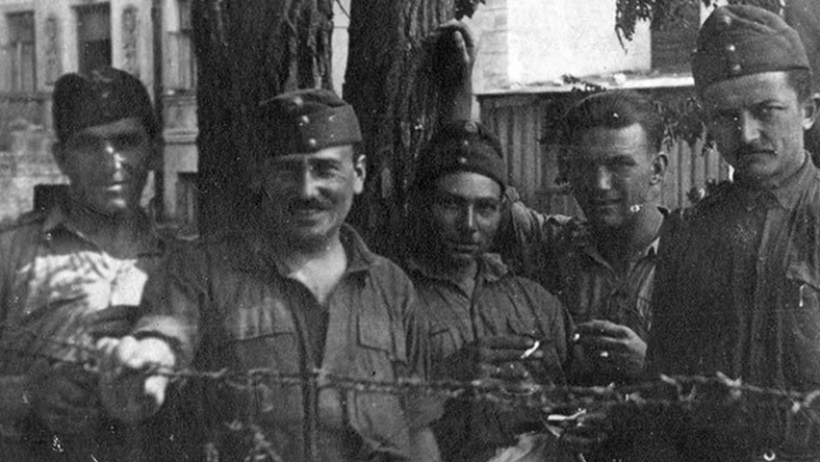 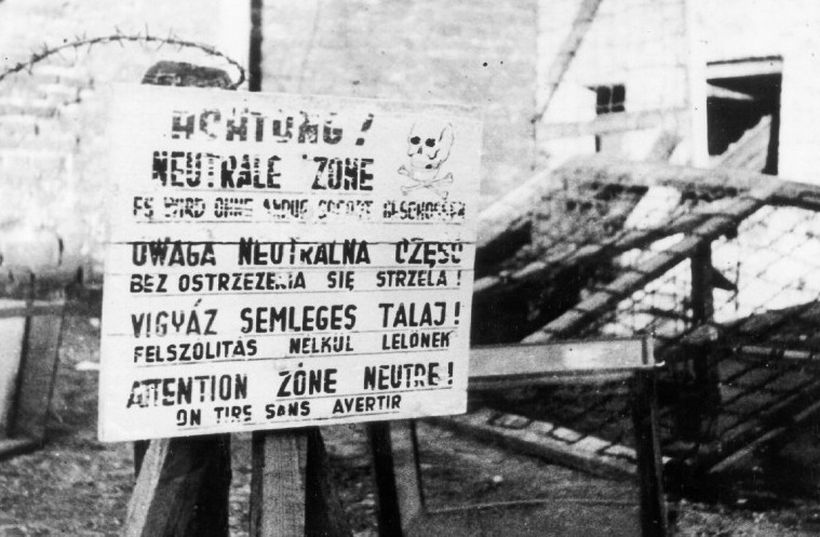 During WWII. Hungarian troops helped the Poles during the Warsaw Uprising by refusing to fight against them on the German side and also by giving weapons and food to Polish insurgents.Wiki

This friendship in the modern period is built on solid foundations that go way back to the earliest history of the two nations.

In 1105, Bolesław the Wrymouth and Koloman the Learned of Hungary joined forces to stop the Bohemian-German coalition from attacking Hungary.

Thirteenth-century Saint Kinga, daughter of Hungarian king Bela IV and wife of High Duke of Poland Boleslaw the Chaste brought the miners who started the extraction of salt in Bochnia and Wieliczka.

Income from the sale of salt was one of the most important points of the monarch's budget for the entire period of the Polish crown's existence. 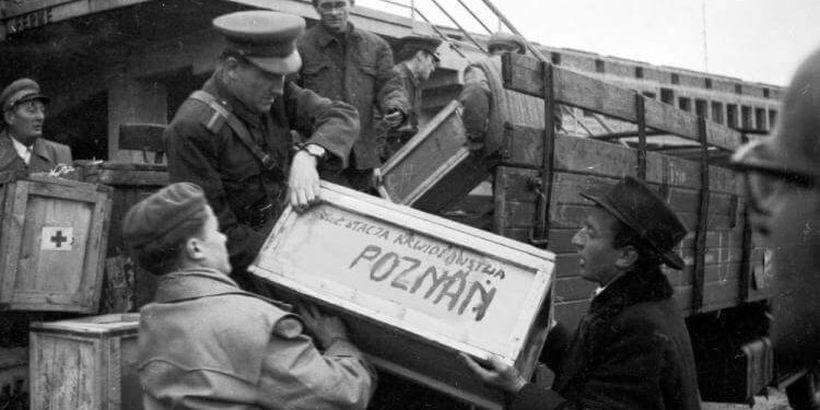 After the collapse of the revolution, Poles donated huge quantities of blood and sent aid to the Hungarians, providing more than even the USA.Archiwum Akt Nowych

In the 14th century, Poles and Hungarians fought together against the Tatars and the Teutonic Knights.

Also in the same century, the two nations met in the Hungarian town of Visegrad to discuss common problems, foreshadowing today’s Visegrad Group.

In the 14th century, the first personal union between Poland and Hungary took place when  Louis, son of Elizabeth the daughter of Władysław the Short and sister of Kazimierz the Great, ruled both kingdoms.

His daughter Jadwiga would go on to marry Jagiełło of Lithuania, ushering in a new dynasty.

In the 15th century, there was a second personal union between the Poles and the Hungarians, again embodied by a common king, Władysław III of Varna, son of King Władysław Jagiełło. 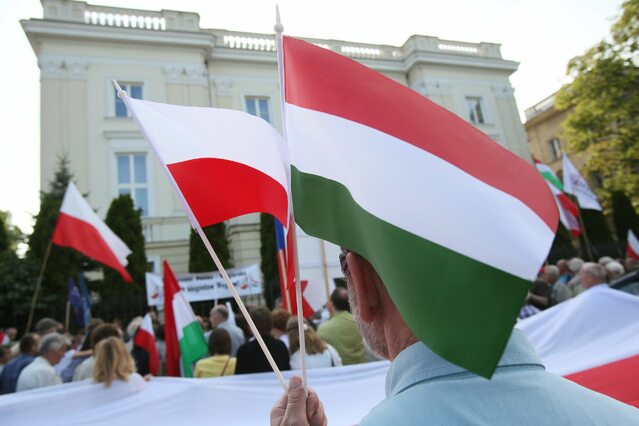 To mark this enduring relationship, in 2007 the parliaments of both nations set 23 March as the Day of Polish and Hungarian Friendship.Leszek Szymański/PAP

It lasted until 1444 when the young king lost his head at the Battle of Varna against the Ottomans, which was sent back to the Sultan in a pot of honey.

In the 16th century, Stefan Batory continued the tradition of personal unions when he became the elected king of Poland while ruling Transylvania at the same time. His reign saw a tightening of relations in military, economic and cultural terms.

The friendship is as strong as ever today, evidence of which was seen recently when the Hungarian government gifted to Poland a precious full suit of armour that once belonged to Polish king Zygmunt II August.