Time to scoot: electric scooters gear up to invade streets and pavements across the country

Talk to the protagonists and they will tell you that Poland’s cities are about to witness a two-wheeled transport revolution driven by the whine of an electric motor. Electric scooters, be they foot powered or moped like, have already started to appear in the country’s major towns, and soon, some say, they will become a common sight.

Most of the scooters will appear as part of rental schemes similar to those for bikes. The first rental scooters appeared in Warsaw last year. Operated by Lime, a daughter company of Google that also operates in 60 cities in the US and some of Europe’s major cities including Paris and Berlin, the scooters have also taken to the streets of Wrocław and Poznań. 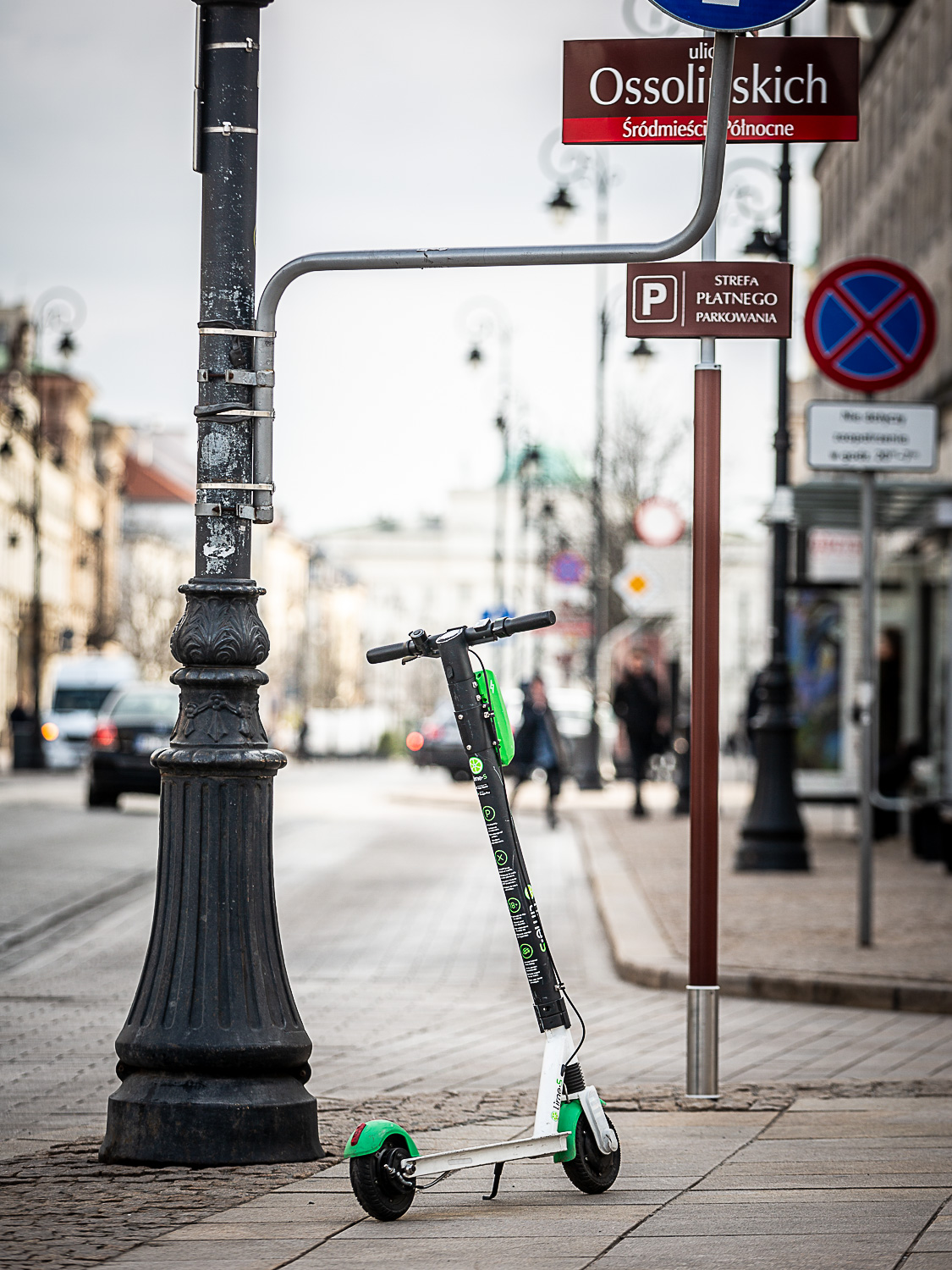 One of the attractions of scooter rental schemes is that the scooter can just be abandoned.Kalbar/TFN

People can download an app telling them where the nearest scooter is, and, once the journey is completed, the scooter has the advantage in that it can be abandoned, unlike a bike which has to be returned to a designated bike rack. A foot-powered scooter, being small and manoeuvrable, can also go where bikes cannot.

“I think that the times are changing,” says Marcin Maliszewski, CEO of blinkee.city, a Polish firm that is rolling out scooter rental schemes across Poland. “We have a revolution. People want choices. Maybe today I will go by bike but tomorrow by car and another day by scooter. People can choose what they want, and they also are aware of the impact on the environment their choices have. In the past people just wanted to own but now people want choice.” 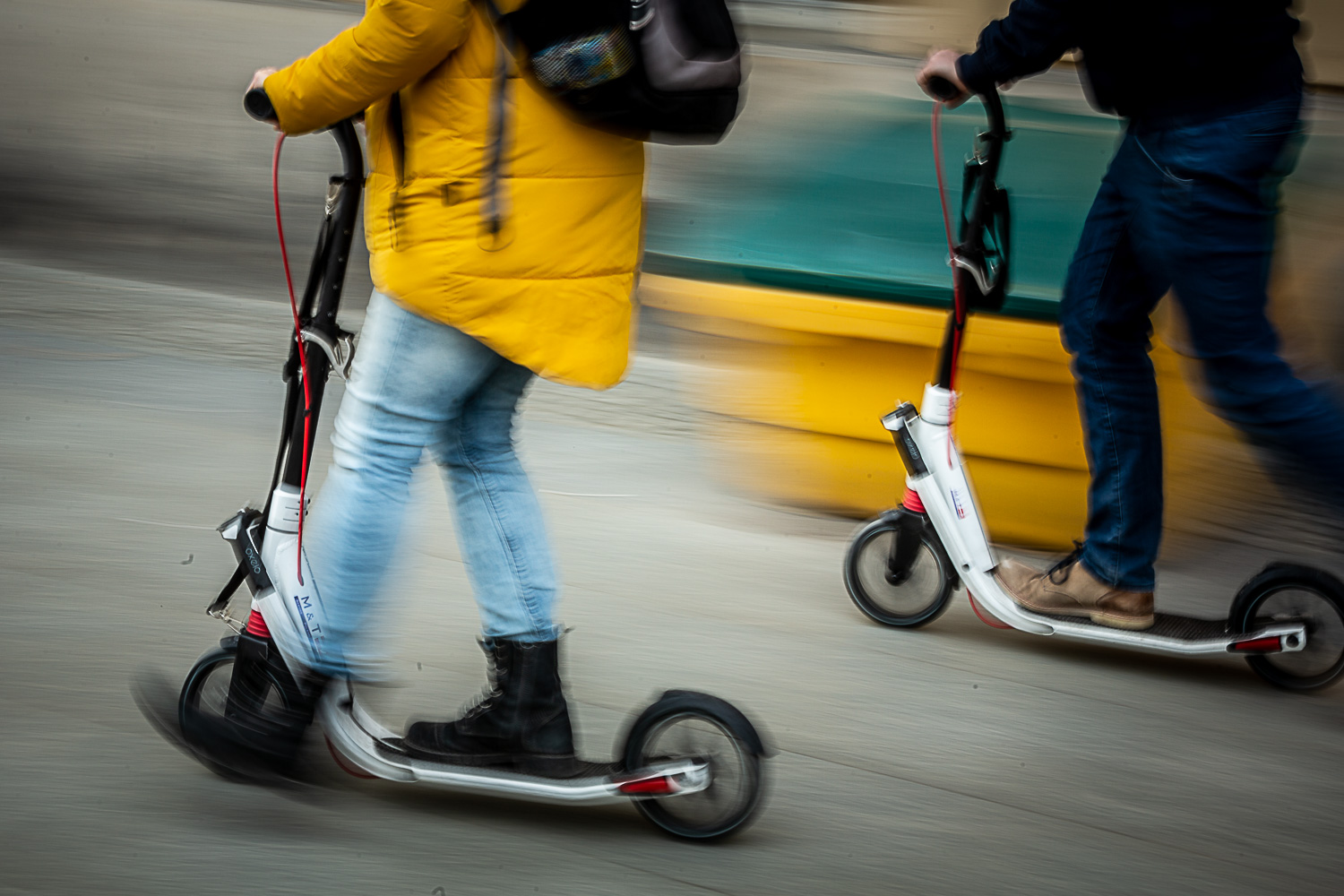 Scooters offer a cheap and reliable means of transport over short distances.Kalbar/TFN

This rapid growth reflects the bullish predictions made about the electric scooter market. A report published in February by Grand View Research, a US-based market intelligence company, said that worldwide the market should grow by 8.5 percent a year till 2030 when it will be worth USD 41.98 billion. The expansion comes as a consequence of growing demand for environmentally friendly transport, a desire to beat traffic congestion, and an expanding network of charging facilities and improvements in battery technology.

This means that the Polish market, which is now playing catch-up to so markets in Western Europe, will become a hot-spot of activity when it comes to scooters. Hive, an off-spring of a joint partnership between car giants BMW and Daimler, is expected to roll out its two-wheelers in Warsaw later this year, while the US firm Bird is also due to enter the market. On top of this scooters from indigenous operators Blinkee.city and Jeden Ślad should also hit the streets. 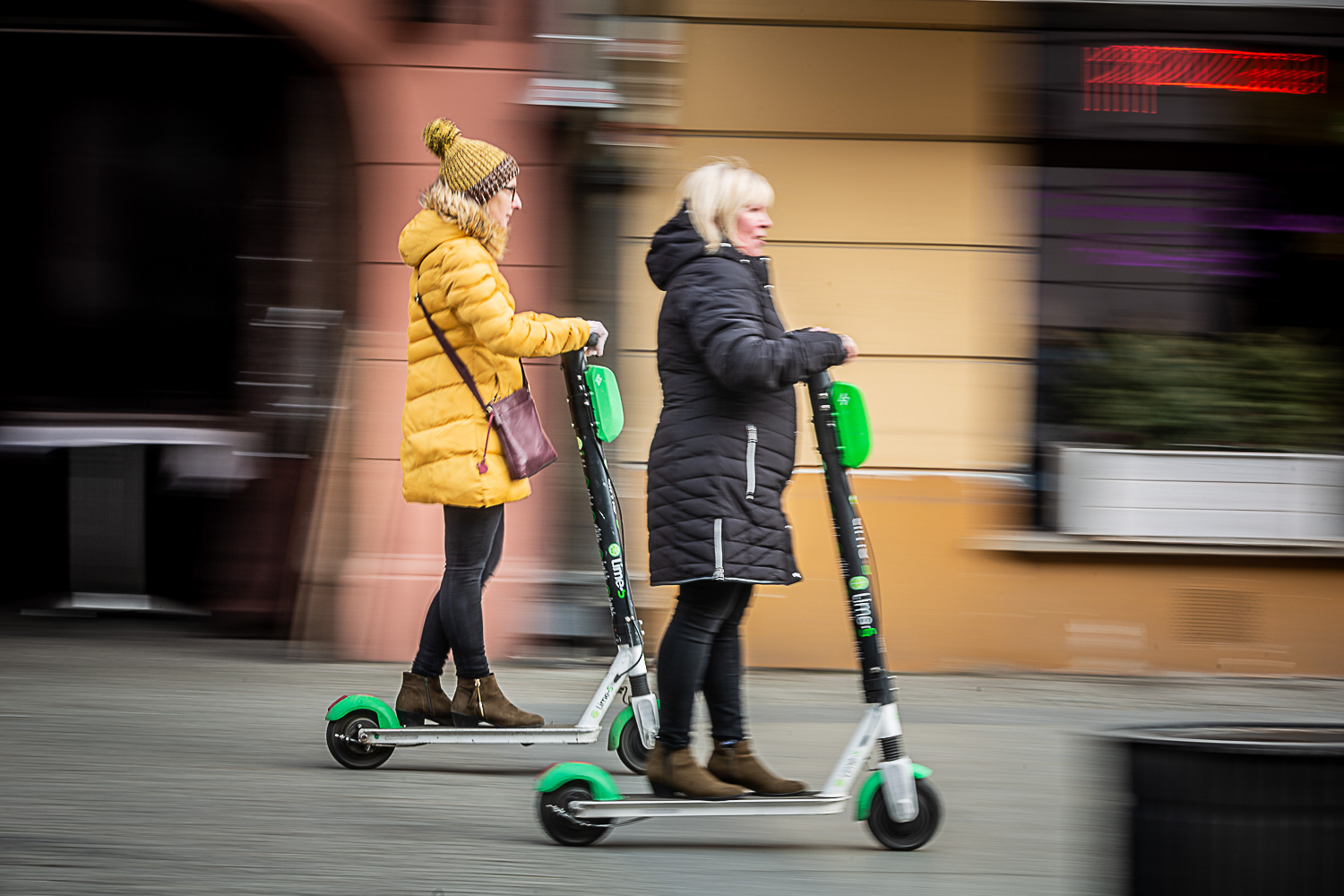 Lime was the first major company to offer a scooter rental scheme in Poland.Kalbar/TFN

“Warsaw is an extremely exciting city for us to start in,” Tristan Torres Velat, Hive’s CEO, said in a statement for TFN. “It will most likely be the fourth European city in which we will launch Hive after Lisbon, Athens and Paris. We see Warsaw as a very modern and pulsating metropolis with a lot of desire for individual mobility. However, traffic and pollution are, as in a lot of European major cities, issues, which is why we think that E-Scooters can be a perfect complement to the classic mobility mix. Within the very few next weeks, we will start making Hive and Warsaw a true love story.”

It is, however, not all plain scootering.  Issues have been raised about the durability of foot-powered scooters. The newspaper Głos Wielkopolski, for example, recently highlighted the number of electric scooters in Poznań found broken saying that almost everybody in the city has come across one. 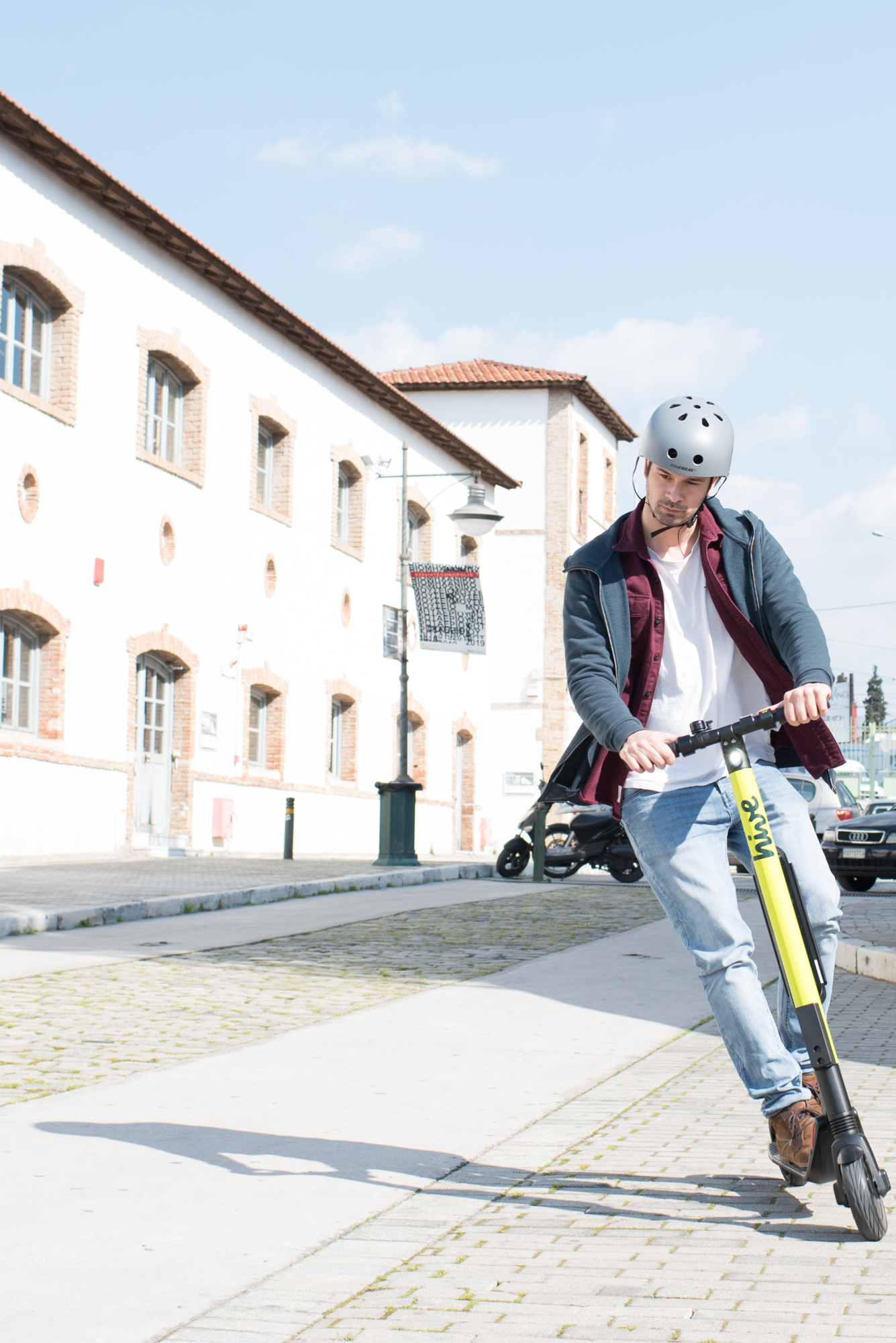 Hive, an off-spring of a joint partnership between car giants BMW and Daimler, is expected to roll out its two-wheelers in Warsaw later this year.Hive

This problem, Marcin Strągowski, CEO of the Warsaw-based company RDLabs, can be avoided by a better quality of scooter. He says his firm is developing more advanced scooters that are both stronger and have a longer range.

“People want to buy products that will last and be more durable,” he told TFN. “We are trying to make technology more reliable, and we are not basing it on cost. We are not trying to cut costs and we are making electronics that are smarter than the Chinese-made ones, and that are made to an automotive standards.” 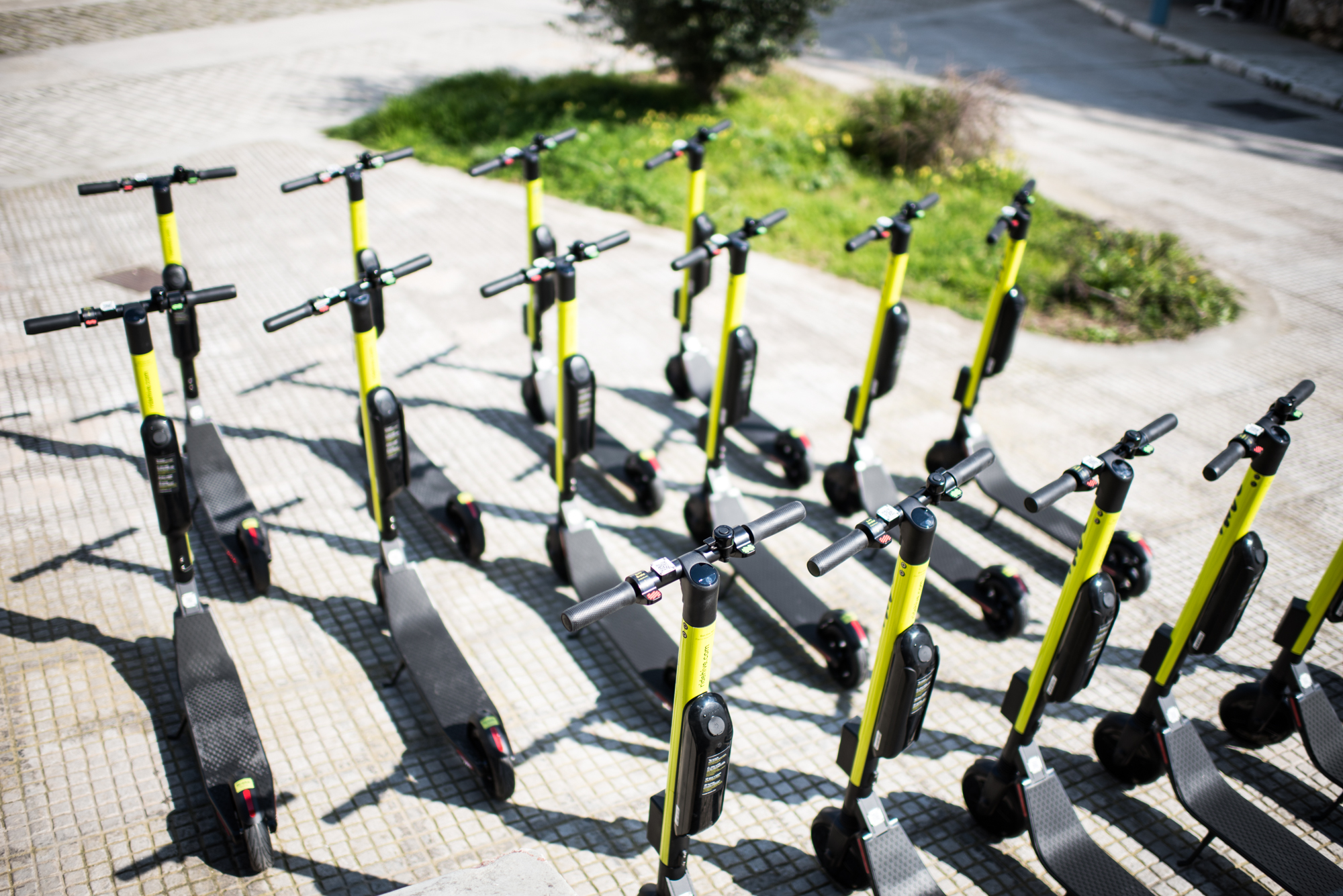 Some see electric scooters as one of the solutions to urban congestion and pollution.Hive

Strong and reliable scooters with advanced batteries and electronics should help secure the market he adds. The RDLabs' scooters will come, for example, with electrical systems that will self-destruct if the scooter is stolen, making it worthless to a thief. Improvements in batteries will increase their range and efficiency, and as electric engines have few moving parts problems with the engines should be few, and fixing any that do crop up should be a simple procedure.

There also concerns over the safety of foot scooters. Legally they are not allowed on the roads so have to remain confined to pavements but with a top speed of 25 kmh a collision with a pedestrian could cause serious harm. This has raised question marks over their safety but as yet no legislation has been introduced covering their use.