Three-way device brings water hygiene to those most in need

A family-run company has found a solution to humanitarian problems caused by a lack of access to running water by inventing a multi-functional water delivery system.

The Handy Shower, a portable 3-in-1 hygiene system, can be used by nature lovers, festival attendees, people without access to clean water, medical professionals in mobile environments and those affected by disasters.

The gravity-powered device comes with bag for water and a set of nozzles which allow it to become a shower, a tap or a bidet, depending on the circumstances. Its adaptability means that it is economical with water. It also comes with an optional foot pump, which is simple to set up and use. 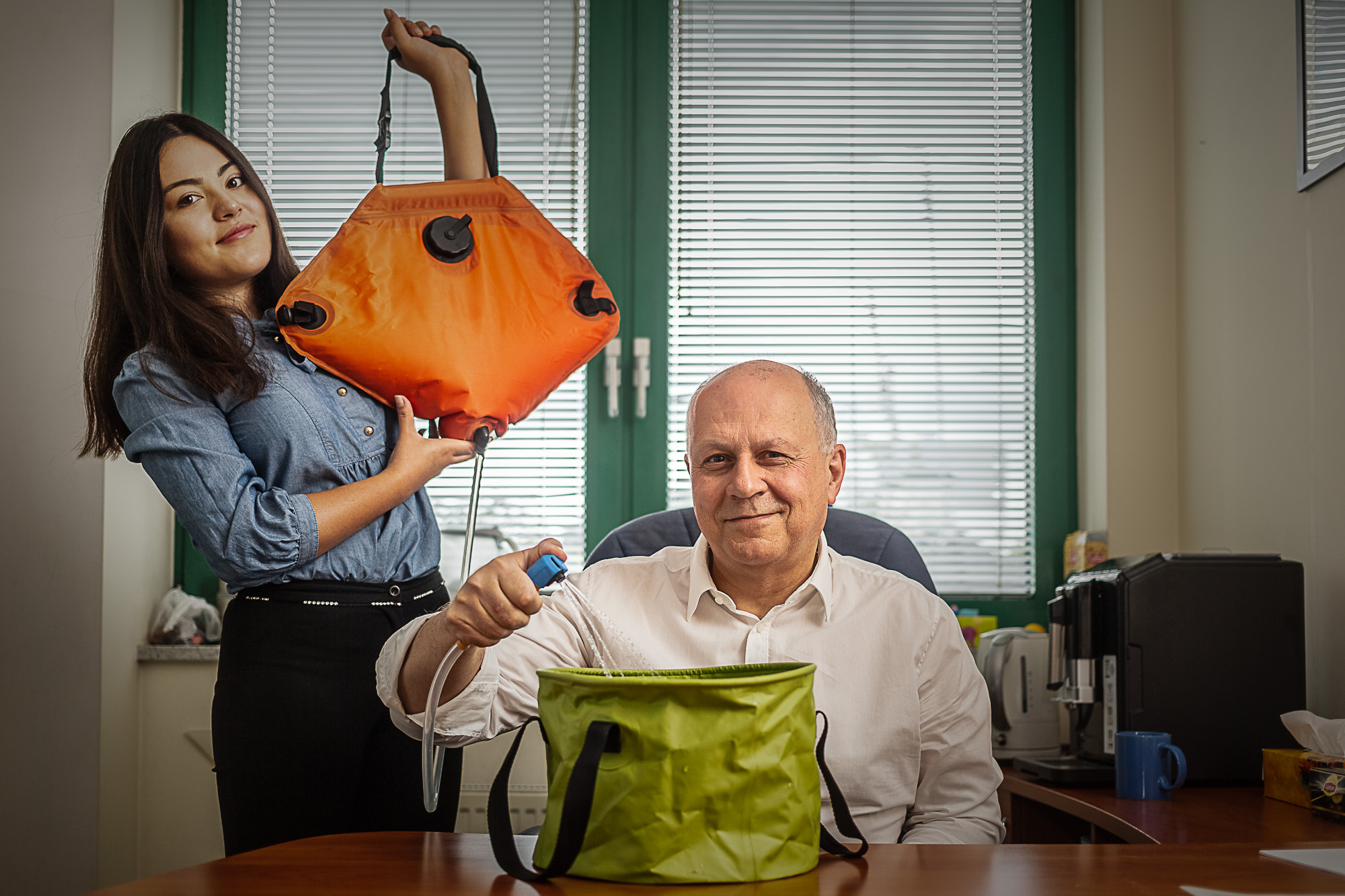 Zdzisław and Zuzanna show off the Handy Shower kit.Kalbar/TFN

The Handy Shower had gone through several iterations before Zdzisław Iwanejko, the inventor and co-founder behind his Warsaw-based company, realised the humanitarian possibilities of his device following a conversation with his daughter.

He explained the device comes with features such as a tap that can operated with the elbow, which is important in order to prevent the spread of germs and bacteria, and a valve that regulates the flow of water. The whole device is small and light, and so can easily be carried and set up. 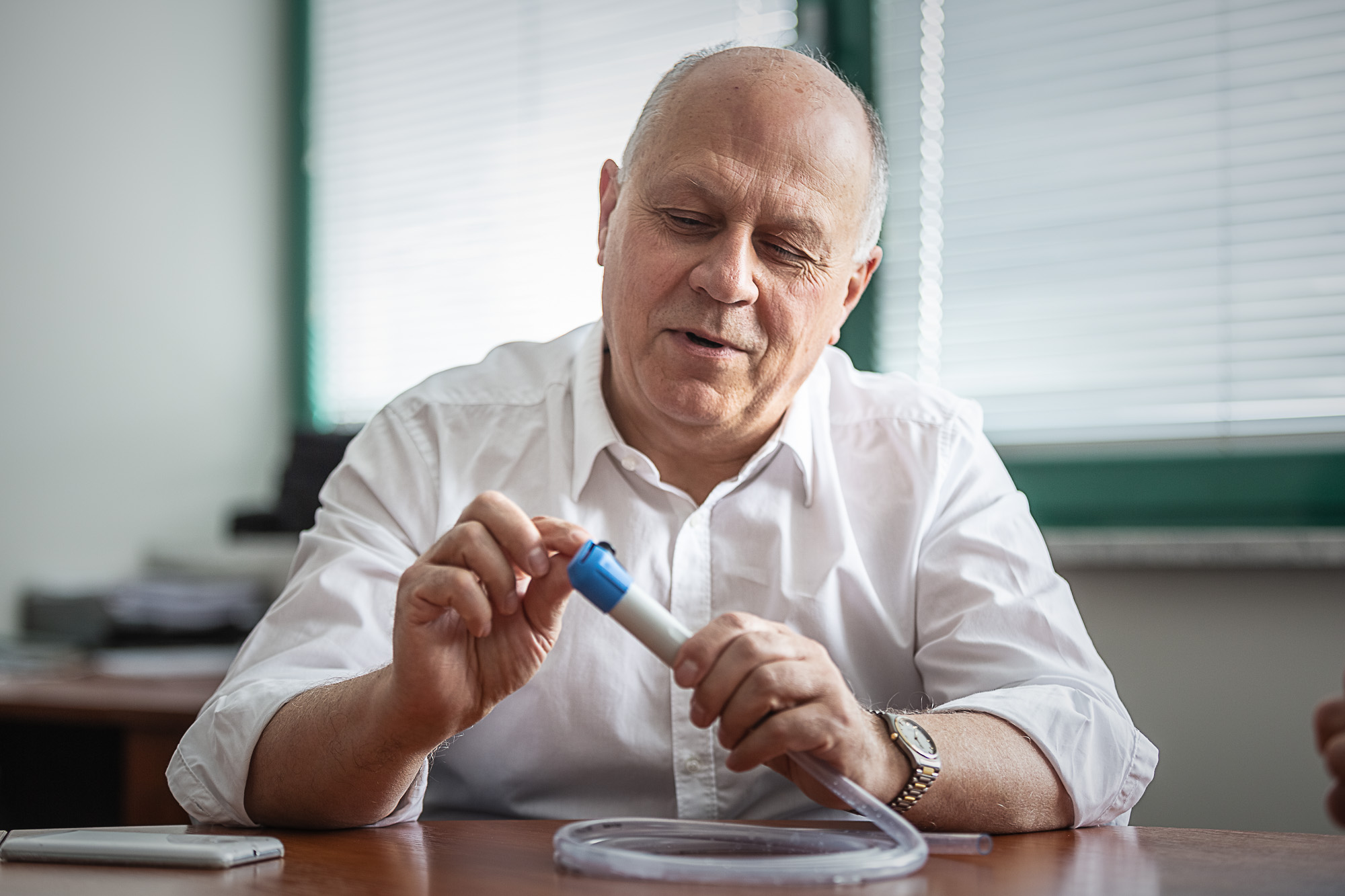 “Water saving is very important in many countries in the world,” says Iwanejko.    Kalbar/TFN

Iwanejko, who graduated from Warsaw’s technology university 1981 with a Master of Science as an engineer in precision mechanics, has run his own electronics company since 1991 and patented his invention.

After raising PLN 32,000 via Polish crowdfunding website  wspieram.to , they began to donate their shower devices to countries including Peru, Nigeria, Jordan and Nepal. They later received feedback on where improvements could be made and extra functionality that could be offered.

“We have consulted Polish doctors who visit Kenya to treat patients and teach local doctors, and their feedback helped us improve the Handy Shower to make it more useful for medical tents and portable hospitals,” Zuzanna Iwanejko, Zdzisław’s daughter, told TFN. 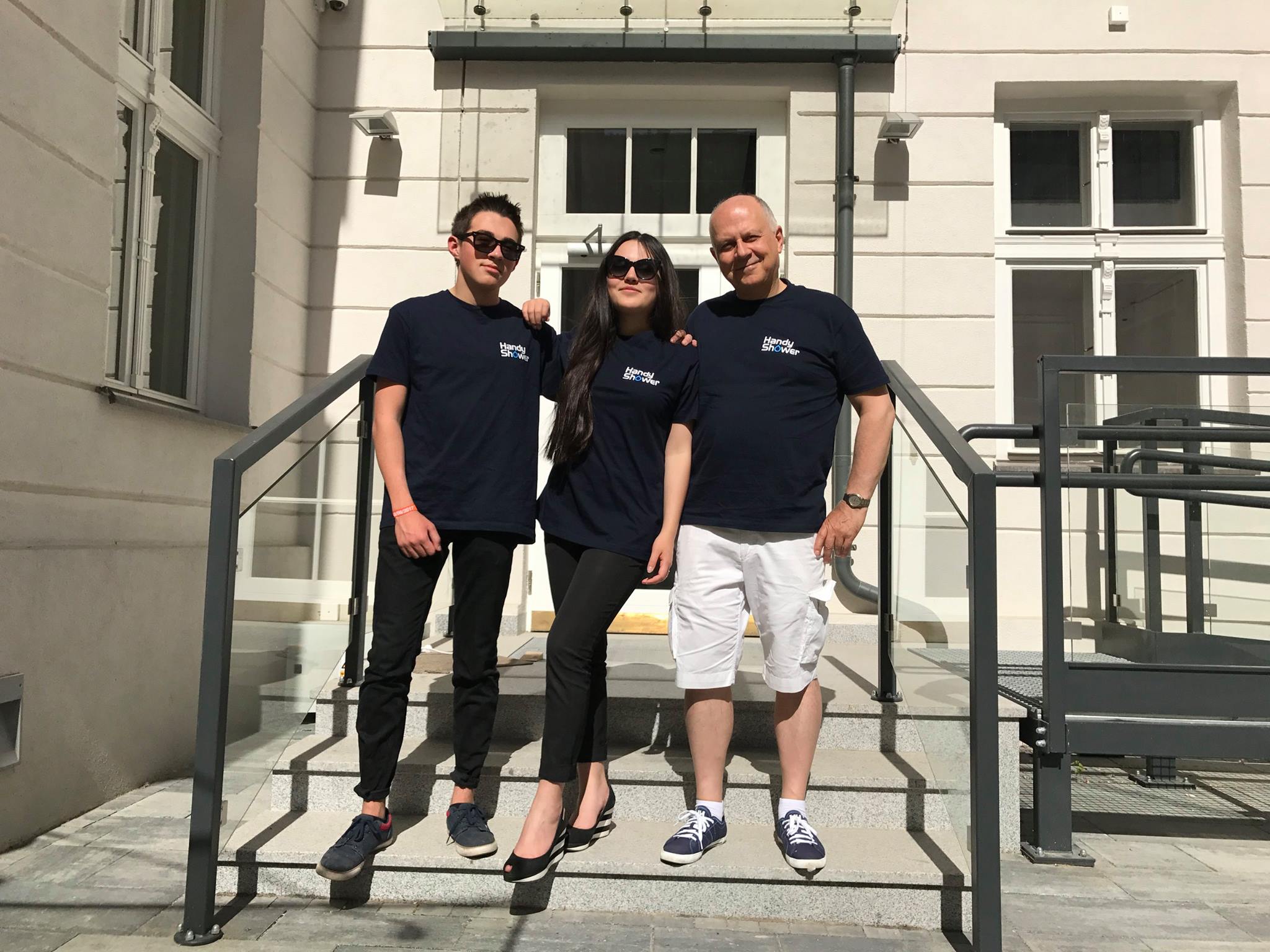 Zdzisław with Zuzanna and Alex, the other two members of the Handy Shower team.Handy SHower

They have also received feedback from NGOs who they could help out in the future.

“A representative from UNICEF said it is the first time he had seen a portable hand washing device that could be used by refugees in camps. Currently they just wash their hands with cups of water and this is wasteful. He was very, very impressed,” Zuzanna told TFN.

The company is entering United Arab Emirates, Japanese and Kenyan markets with the help of the Polish Investment and Trade Agency (PAIH), and is looking into opportunities in the USA, the UK and Australia. 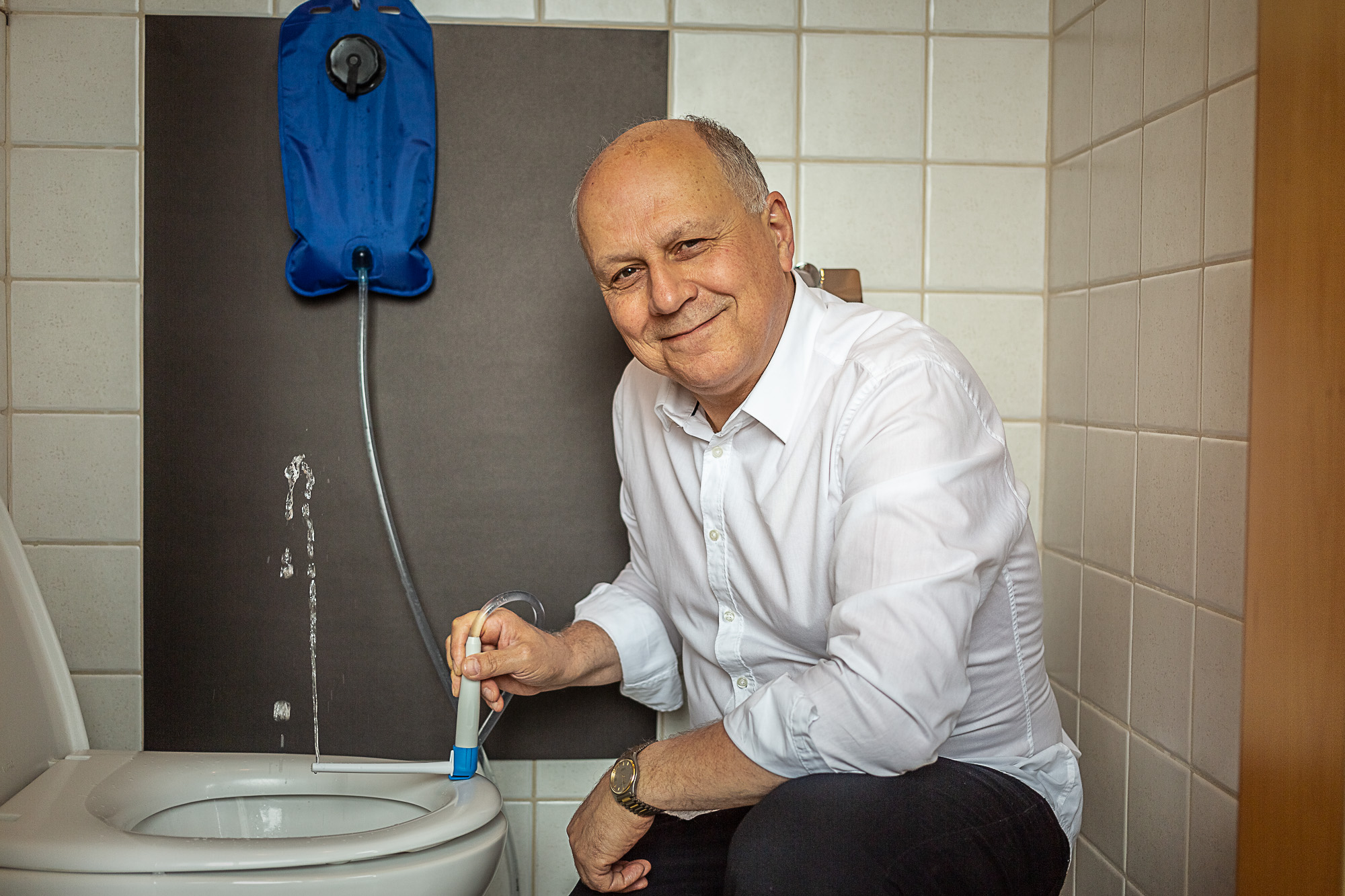 Along with being a shower and a tap the device can also become a bidet.Kalbar/TFN

“The assembly currently takes place in Poland but in the future we would like it to take place in the markets we enter,” continued Zuzanna. “We know those markets have huge problems with unemployment so we would like to engage them in the process because it is fairly easy to assemble and this can help lower the cost for those markets.”

Although proud of Handy Shower Zdzisław is also modest enough to point out that the inspiration for it came from someone else.

“It was not even our idea, it was the idea of a man from Egypt who we met at World Water week in Stockholm,” he recalled. “He said they need such equipment in Egypt because 6 million people have no access to running water. They also have a lot of unemployment and they will be happy if we can bring this solution as well as jobs.”