Thirty-five years after his murder, mystery still shrouds the death of Popiełuszko

The murder of Father Jerzy Popiełuszko, a priest connected to the Solidarity movement, was one of the defining moments of the struggle against the communist regime. On the 35th anniversary of his death, TFN takes a look at the life of the priest, and the events that led to him being named a martyr by the Catholic Church.

To the communist party in the 1980s, Father Jerzy wasn’t just a thorn in the flesh, he was a real political threat. As the priest of the Huta Warszawa workers, health workers and the unofficial chaplain of the underground Solidarity movement, his words and sermons touched many. Every month he would conduct a mass, praying for Poland, which the propagandists of the Wojciech Jaruzelski regime called them a "séance of hate" and deemed them illegal political rallies.

Father Jerzy was accused of political fanaticism, and false rumours were spread about alleged financial embezzlements and immoral conduct. 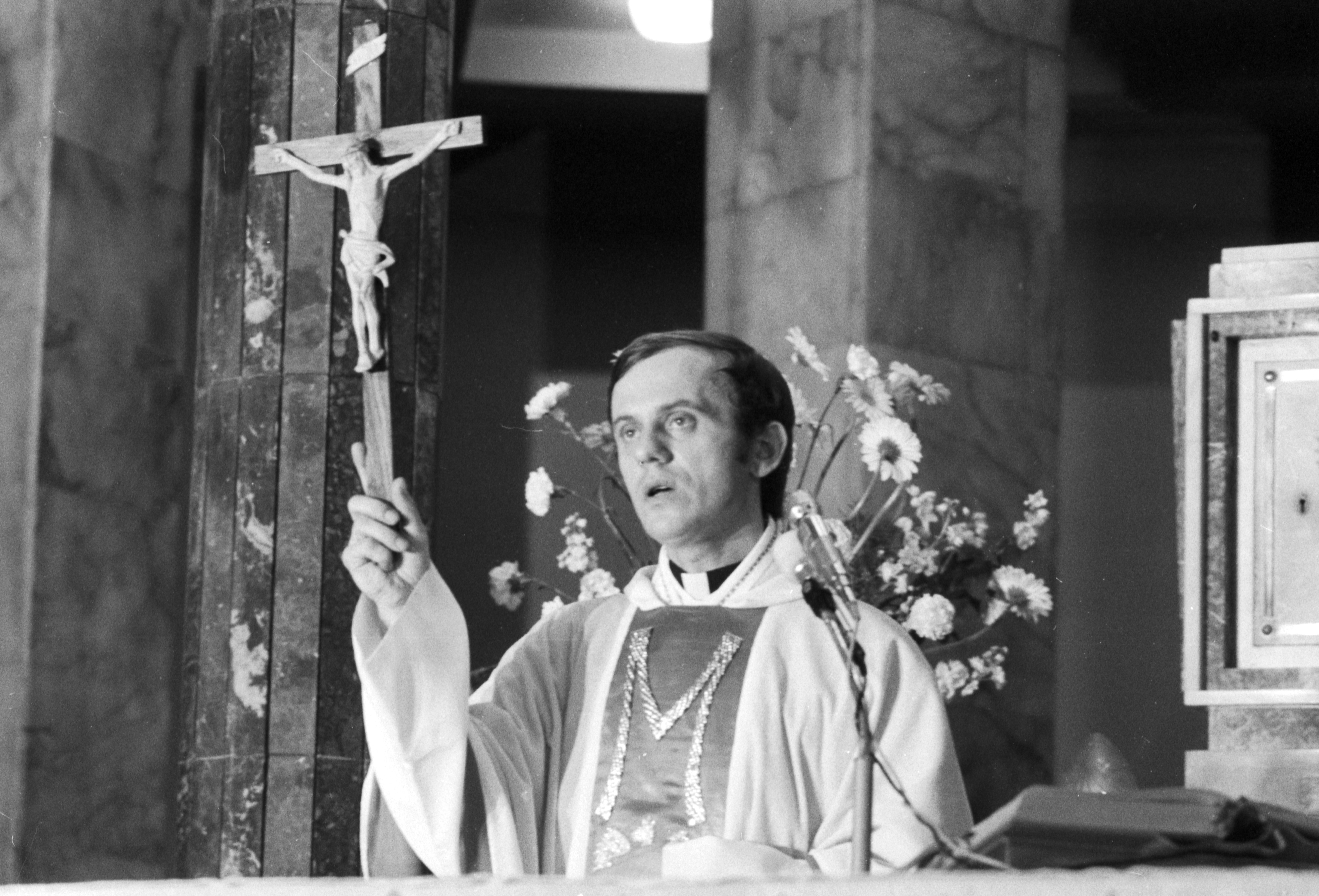 The priest had become a focal point of opposition to communist rule.Grzegorz Rogiński/PAP

Adam Szymański from the Historical Association "Solidarity" Huta Warszawa recalled the heroic priest during a conversation with PAP: "When we came to masses for our homeland, people immediately made the sign of the letter V at the entrance, it was our form of opposition to what was happening in Poland at that time,” he said. “Actors also participated in those masses, they read poetry. Father Jerzy, his voice was gentle, he knew how to gather people around him, people came from all over Warsaw, but also from Poland.” 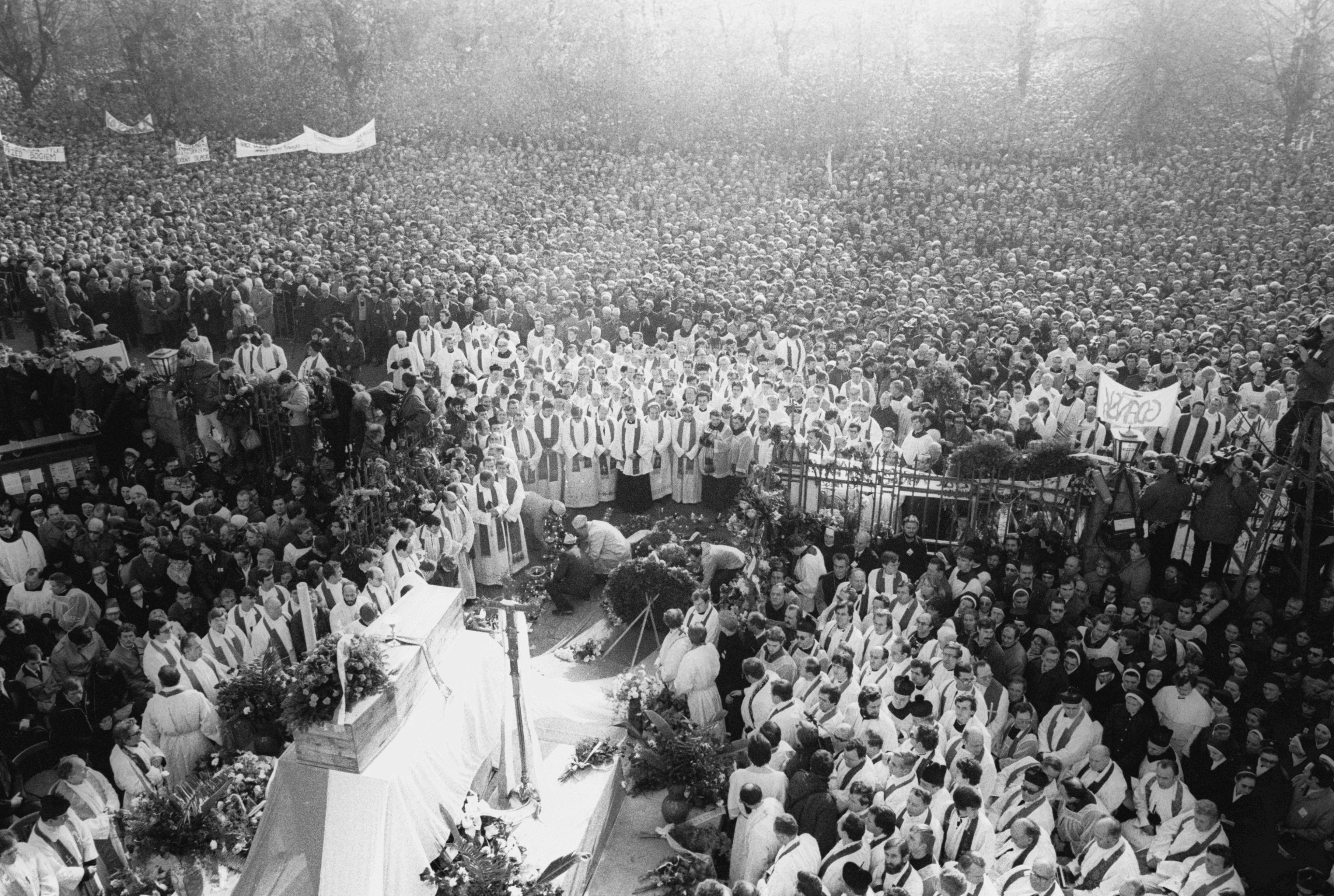 Even though Father Jerzy publicly criticized the communists’ abuse of power during his masses held at the Church of Saint Stanisław Kostka in Warsaw’s Żoliborz district, he would also warn against holding hatred for those who upheld the system. 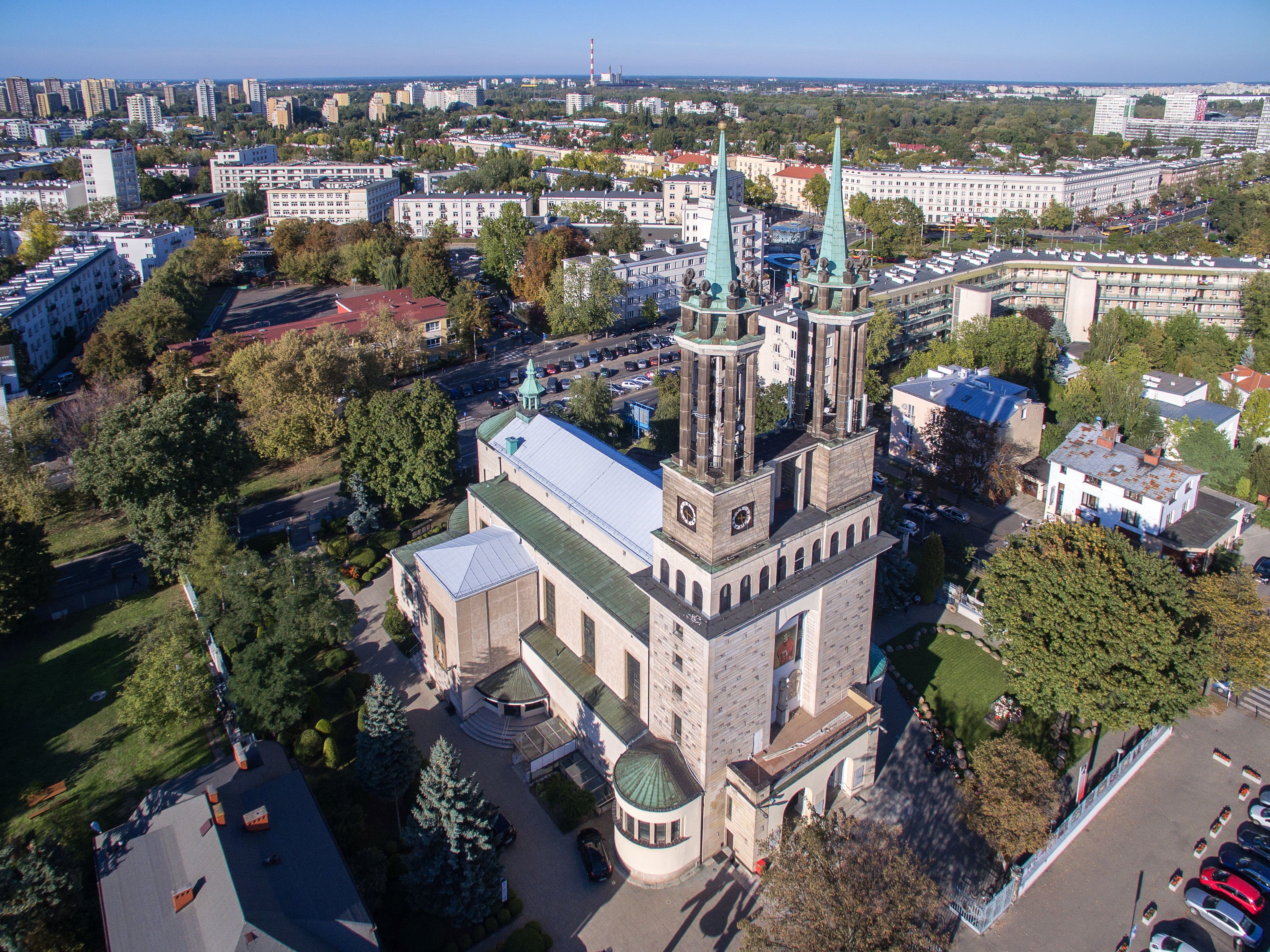 His activities led to numerous threats, arrest and an assassination attempt, but that failed to stop the priest from carrying out his work.

On October 19, 1984, he was kidnapped by officers of the Security Service from the Interior Ministry’s Fourth Department. The department was responsible for dealing with the anti-regime activities of all religious associations in Poland, including the Catholic Church. It was infamous for the merciless methods it used against those it considered a threat to communist power. 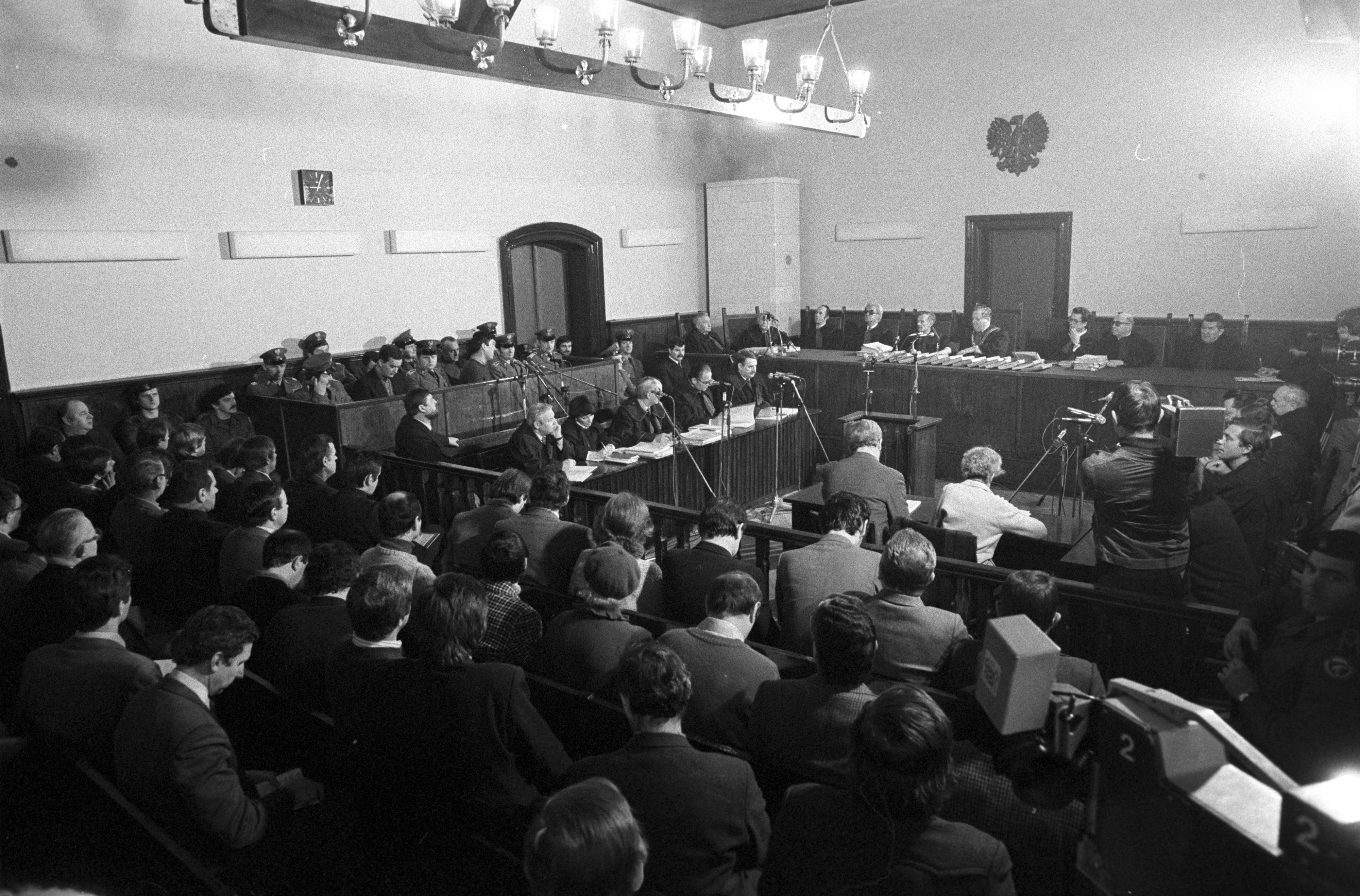 After being kidnapped, Popiełuszko was beaten to death, although many details of his treatment, and the exact date of his death remain unknown. The torturers threw his body into the Vistula from a dam near the town of Włocławek. He body was recovered and buried in the square in front of the Church of Saint Stanisław Kostka, where he was a priest, in a ceremony attended by hundreds of thousands. 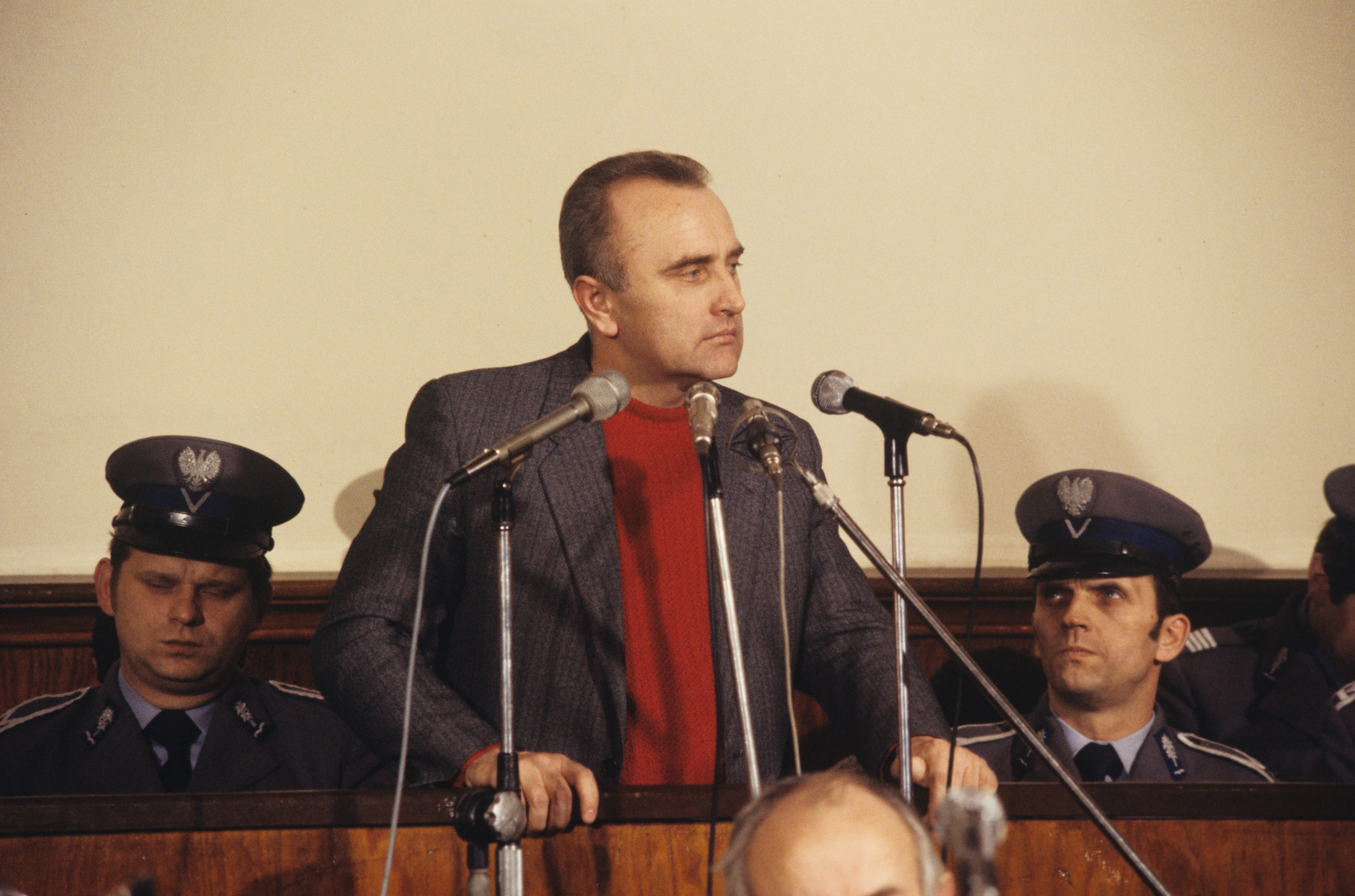 Popiełuszko’s murder prompted such a vast public outcry the communist authorities were unable to ignore it. In what later on was called the ‘Toruń Trial’, three perpetrators and their superior from the Służba Bezpieczeństwa (secret police) were found guilty and sent to prison. The four, Grzegorz Piotrowski, Adam Pietruszka, Leszek Pękala and Waldemar Chmielewski, were all released before finishing their sentences.

Father Jerzy Popiełuszko was beatified on June 6, 2010 during a mass at Piłsudski Square in Warsaw and his canonization process is underway. But his death still raises many unanswered questions to this day. 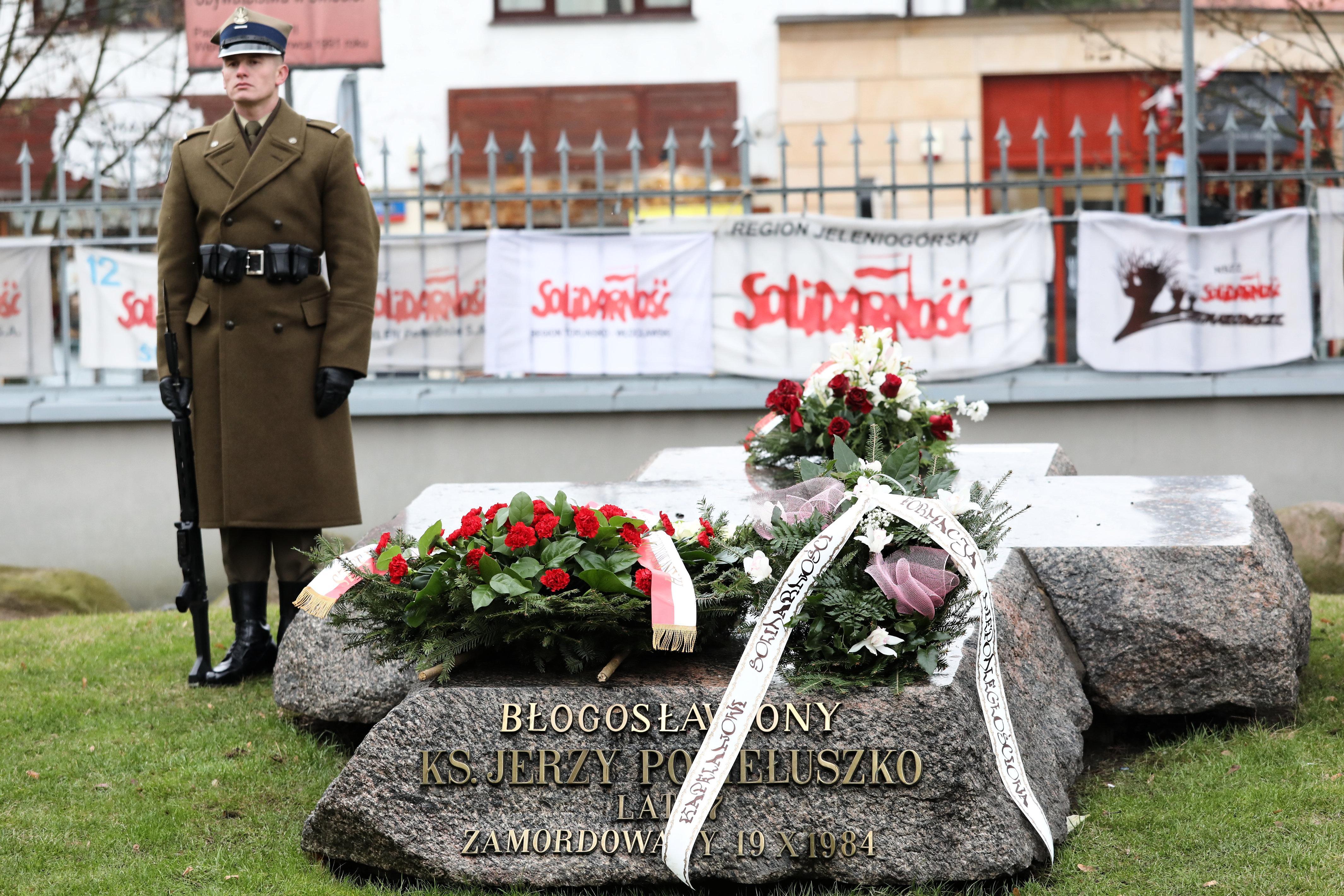 A soldier stands guard by the priest’s grave during last year’s commemorations marking the declaration of martial law.Tomasz Gzell/PAP

"The 35th anniversary of the death of Blessed Father Jerzy Popiełuszko is still an encouragement for historians to further investigate the circumstances of his death, since it is still a mystery,” Father Professor Józef Naumowicz from the Cardinal Stefan Wyszyński University in Warsaw told PAP. “We know the three direct killers and the fourth inspector from the Department of the Interior Ministry, but we do not know who instigated it.”

Devised by a Polish family the algorithm takes some of the objectivity of pricing the works of lesser-known artists.

Rolling out the welcome mat: Wrocław appoints plenipotentiary for its Belarusians

Concert of solidarity with Belarus at National Stadium on Sept. 26