They live among us: sculptures of Paweł Althamer inhabit our cities

The Polish artist Paweł Althamer may be known for his large-scale figurative sculptures, but it's easy to overlook the idea most pivotal to his work – the belief that art can be an instrument of change and a site for social and collaborative action.

Since the early ‘90s, Althamer has worked to this end, organising ceramic workshops for people with multiple sclerosis and producing major art projects through a collaborative effort.

One such project, ‘Sylwia’ (2010), a bronze sculpture/fountain in the form of a reclining woman, was put together from parts designed by participants and positioned in the pond of the Bródno Sculpture Park in Warsaw, in Althamer’s own neighbourhood. 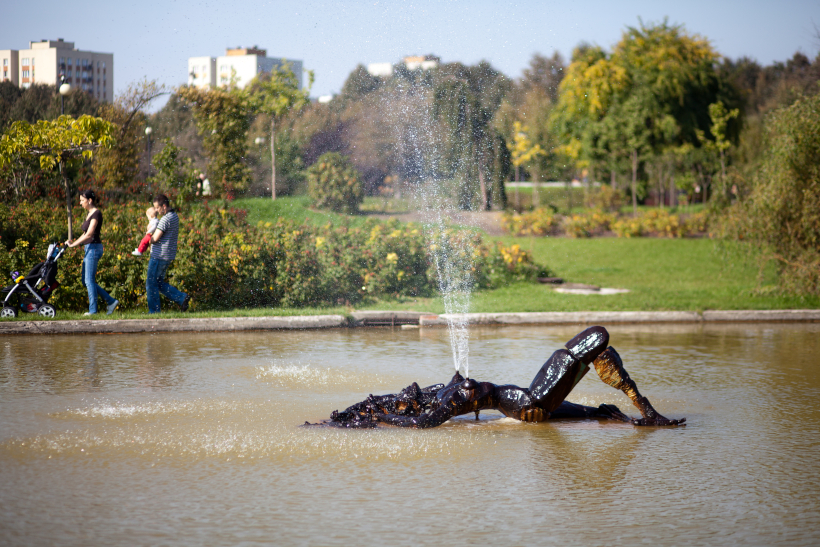 ‘Sylwia’ , a bronze sculpture/fountain in the pond of the Bródno Sculpture Park in Warsaw
(Photo by Museum of Modern Art in Warsaw)

The site of the work was significant. Althamer was born in the area and continues to live there -- working in, for and on behalf of his community.

The artist had already led another project in the area -- 2005’s ‘Einstein Class’, where the artist took a group of disadvantaged kids to classes on scientist. The course, taken by a maverick physics teacher, was run out of a rented space and the kids were also taken on trips to the seaside, the country and finally the opening of a film on the project in Berlin. Many of the students had never travelled outside of Warsaw before.

A large part of Althamer’s practice concerns itself with human interaction.  In 2000, he created the performance piece ‘Motion Pictures’ (2000), in which he choreographed a group of actors to appear daily – for a period of three weeks – in a market square in Ljubljana. The 10 actors repeated the same simple actions every day – greeting a friend or feeding pigeons – the ‘invisibility’ of the event making it into a carefully constructed non-event. 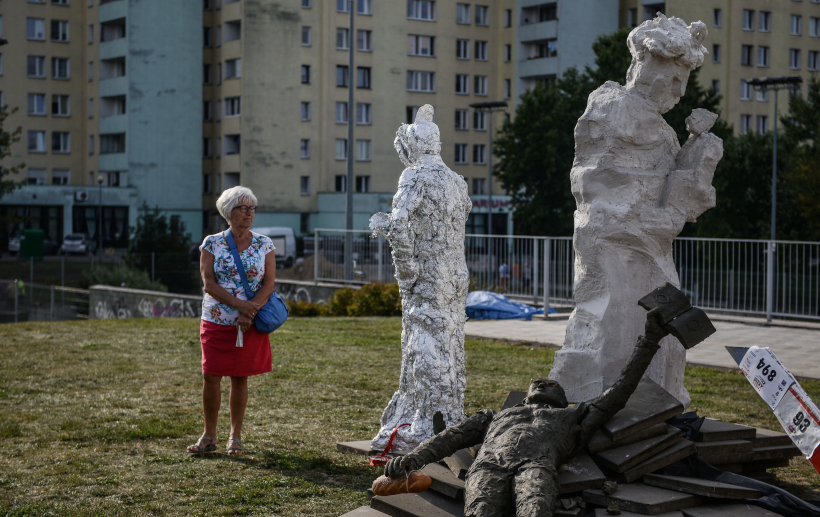 Althamer also likes a challenge and has often explored different perceptions of reality, often through the use of drugs, like hashish, peyote and LSD. The 2003-2004 series of films, ‘So Called Waves’ and ‘Other Phenomena of the Mind’, document Althamer undergoing past life regression through hypnosis. During the process, he produced a drawing of himself as Abram, a young Jewish boy in wartime Warsaw, walking through the ruins with his dog Burek.

This image was transformed into a bronze sculpture Abram and Buruś (2007), which is now situated in the Bródno Sculpture Park, Warsaw. The figure holds a removable wooden stick, which dog walkers can use to play fetch with their pets.

Althamer graduated from the Warsaw Academy of Fine Art in 1993. In 2004 he was the recipient of the Vincent Van Gogh Biannual Award from the Broere Charitable Foundation in the Netherlands. Solo exhibitions around the world include;  Musée National d’Art Moderne, Centre Georges Pompidou, Paris (2006) and New Museum of Contemporary Art, New York (2014).