There’s no business like Bo’s business: Award-winning ethical fashion designer Bożena Carter on how to make the world a better place

Her name sits alongside other award-winning fashion designers including Stella McCartney and Vivienne Westwood. But Bo’s background was far away from the glamour of the catwalk.

Born in Poland during the times of Communism there was little in the way of fashion on shop shelves.

Instead, as a young girl Bo began creating her own imaginary world of couture, designing paper clothes for her paper dolls.

Like most people, as she grew older, she put that dream away in favour of something more ‘realistic’ and at the age of 21 moved to the UK where  she trained to become an accountant and later worked in the NHS for a few years.

Then, in 2010 all that changed. Leeds Fashion Week ran a competition to find new designers for its annual catwalk show and, on a whim, Bo entered some drawings and got through. 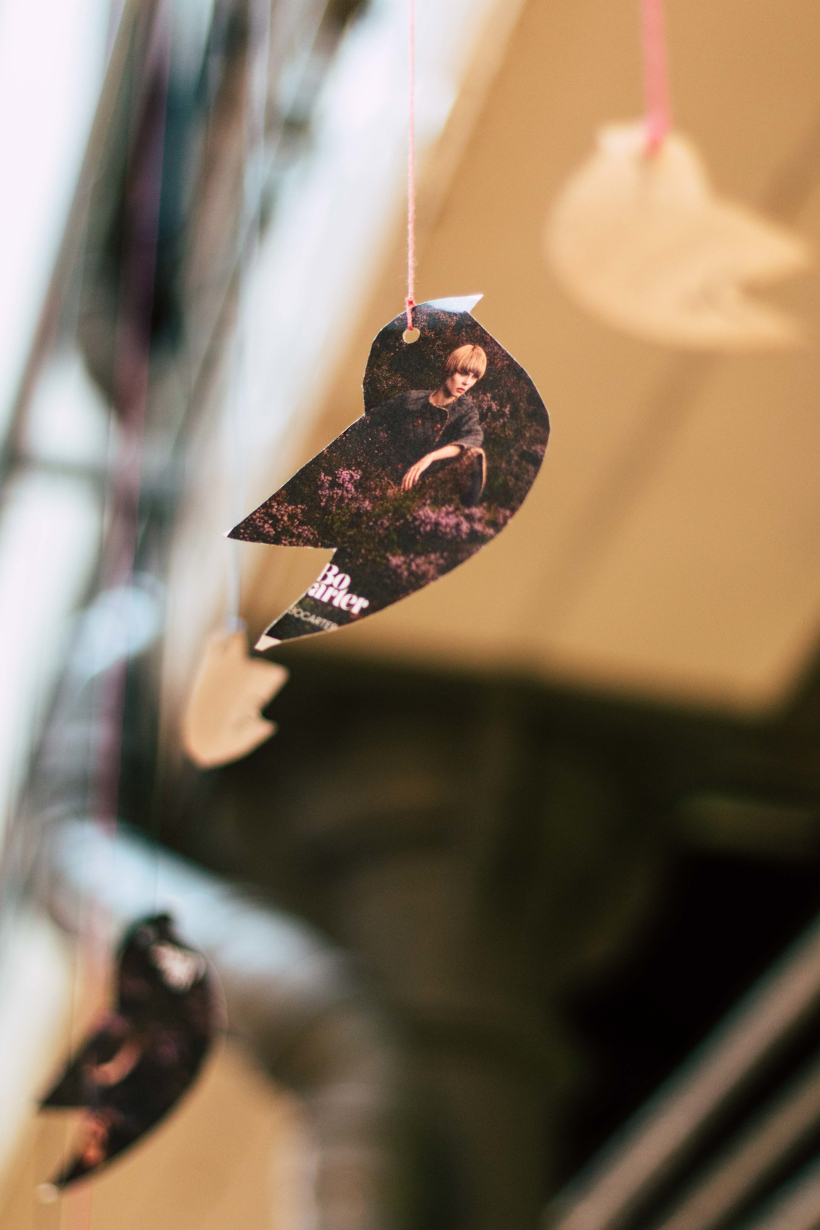 Bo is apart of the slow fashion movement. Rejecting trends that come and go in a matter of weeks, but sourcing fashion rooted in sustainability.Harley Schofield

From there it was up and up for the Polish-born designer. Her designs quickly gathered recognition and following but she was determined to do it her way.

She told TFN: “Every single person is an artist and we just need to wake up that part in us sometimes. I always liked clothes and shoes... I realised that I can try to change a small part in this world by making ethical clothes.

“I was bought up in the post-communist era and the images of grey concrete inspires a lot of my collection and individual garments... and there is Polish folk designs which I remember from being in nursery...those vibrant colours. My Polish roots always will stay with me.” 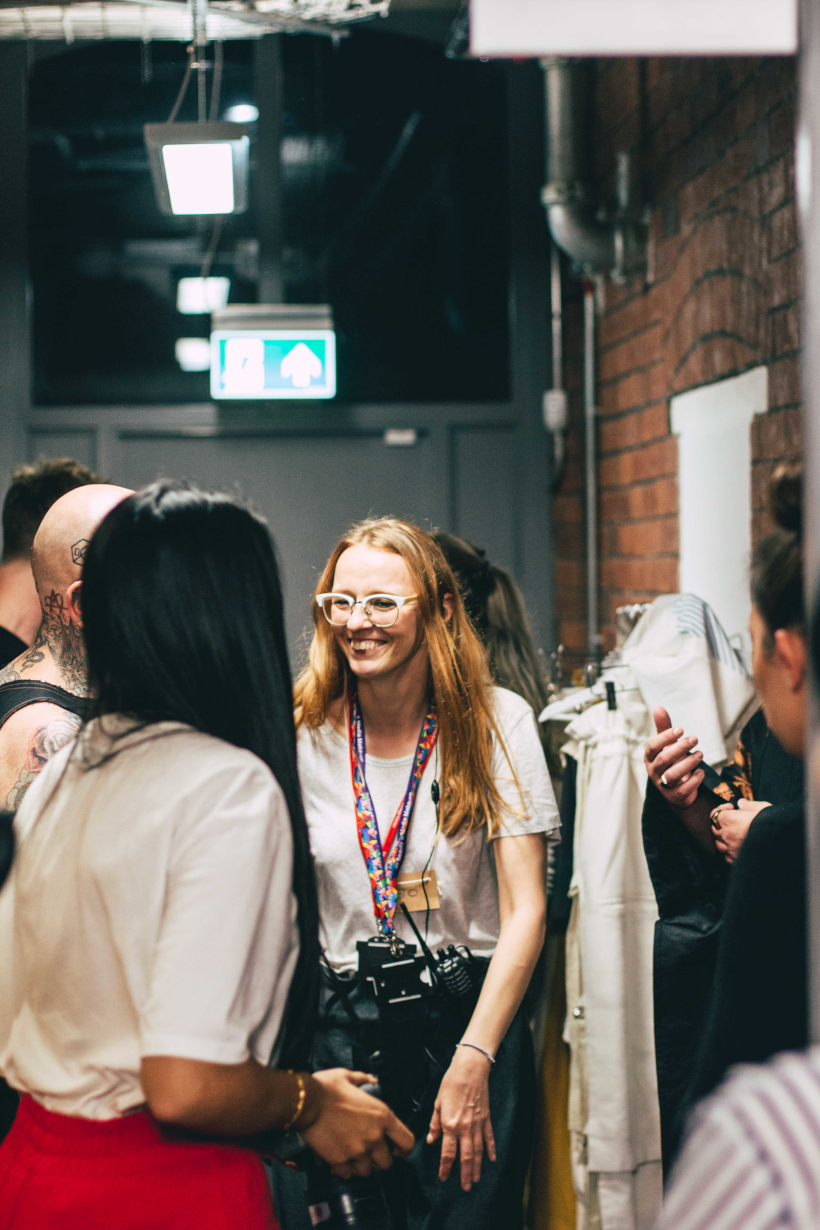 8 years on, Bo (Pictured centre) looks back on her career: I never took a massive step to change my life drastically, but it was always a learning curve and a journey.Harley Schofield

Bo has since showcased her collections in USA, India, Malta, Iceland and throughout the UK.

This year alone she has picked up two awards from LUX fashion and lifestyle, adding to her growing pool of recognition.

On October 12th Bo launched her latest collection, Avian. The pieces were inspired by the fabrics and music Bo has worked with previously.

The designs emphasize the wild feel of the 70's with a modern twist, she also incorporates motifs of freedom, flight and the beauty of birds into this collection. 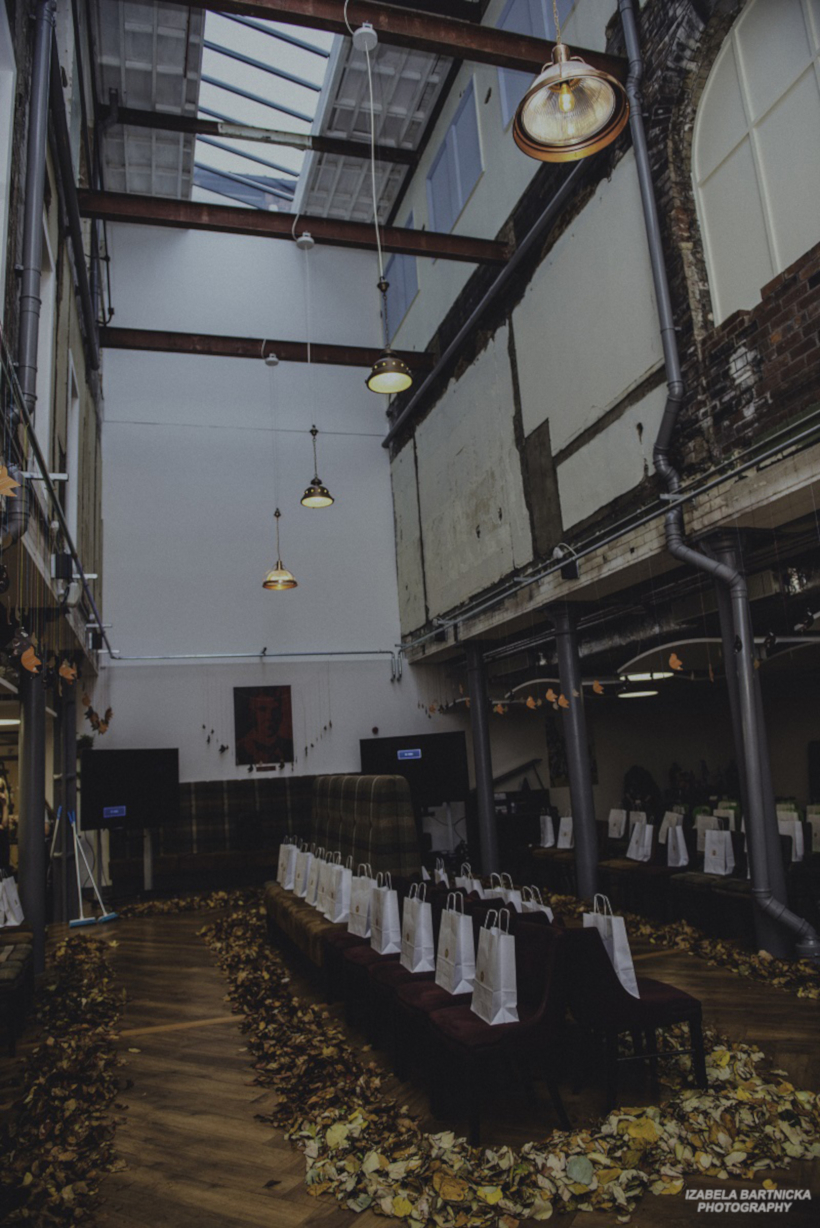 Bożena’s fashion show raised money for Fia Not, a local charity dedicated to helping those with mental illness.Izabela Bartnicka

“It went very well. We have raised lots of money for charity, made lots of people more aware of the importance of ethical fashion and connected lots of upcoming designers. I call this a success,” she told TFN.

Unlike the majority of the fashion industry today, Bo’s collections have more to say than just following the current trends.

Big fashion chains typically release 50 collections a year to stay relevant. Work costs are outsourced in third world countries, where labour laws are not enforced, this leads to the exploitation of young children to keep the prices of clothes competitive. 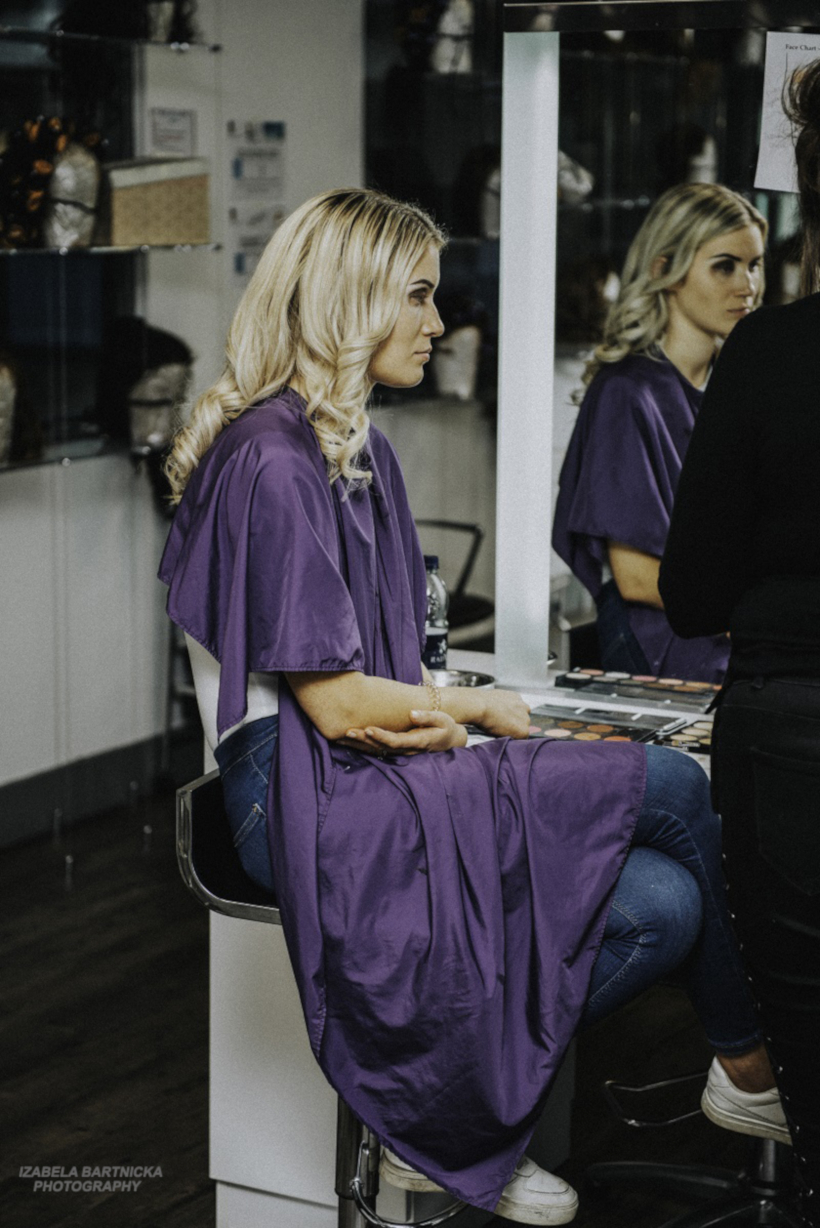 There is so much knowledge out there, consume that rather than cheap clothes. Learn to be a better consumer fashion designer, Bożena urges.Izabela Bartnicka

It also produces a lot of waste. Brands refuse to give the clothes away to the needy to keep their elite status and opt instead to burn clothes. It poses a huge problem for the environment as cheap chemicals get released into the environment.

Bo rejects this disposable approach to her fashion. Releasing only two collections a year she purposely moves against the grain of typical fashion giants to stick with high-quality, slow fashion. When asked about how people can get involved in ethical fashion, she told TFN:

“Buy less. We consume so much....far too much. Change shopping habits. [Go to] Vintage shops, second hands shops, independent local designers and make your own clothes. There is so much fun in making clothes.” 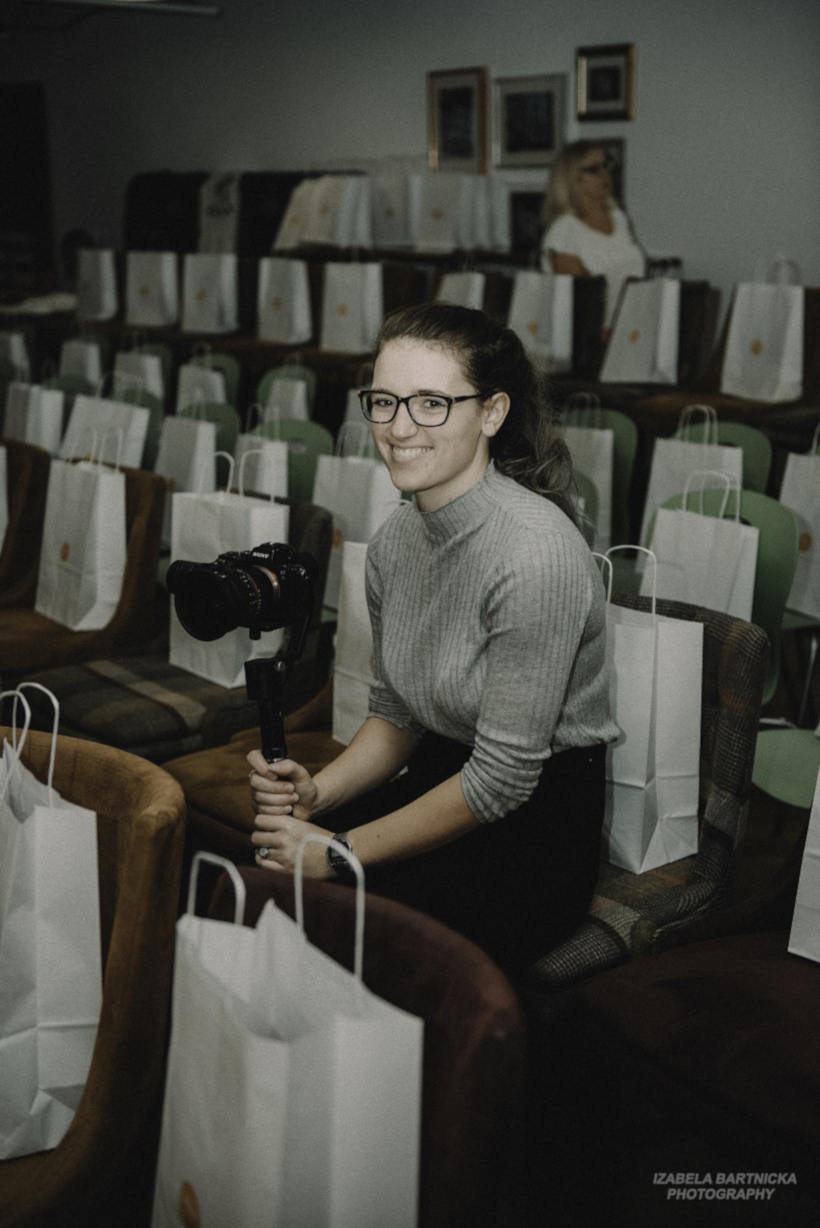 Exploitation is a huge problem in the fashion world. Bo and her team want to highlight, increase awareness, and help stamp it out.Izabela Bartnicka

Staying true to her ethical code of conduct, Bo rejects cheap labour and ensures every collection is researched, designed, sampled and produced in an as ethical a manner as possible. Her company uses only vegan-friendly materials, sourcing wool from rescue sheep and using wild silk and organic cotton.

“We, as consumers, need to demand more from retailers and the government. Most importantly we need to be asking questions. Who made our clothes? Where they made our clothes? How many chemicals and what has been used in the t-shirt we are wearing?

“I work with lots of students and it is so, so amazing to see how many of them care about ethics.

“That is the best part in what I am doing...seeing the difference in the next generation. That makes me a very happy lady.”