In the early morning of 5th August 1944, as artillery pounded Warsaw and Luftwaffe planes screamed overhead, the relief force of Germans and their willing helpers hastily put together to quell the Warsaw Uprising set about their gruesome work with enthusiasm.

Warsaw’s western district of Wola was about to see an Armageddon on a scale and level of brutality for which it is difficult to find comparison in the modern era. 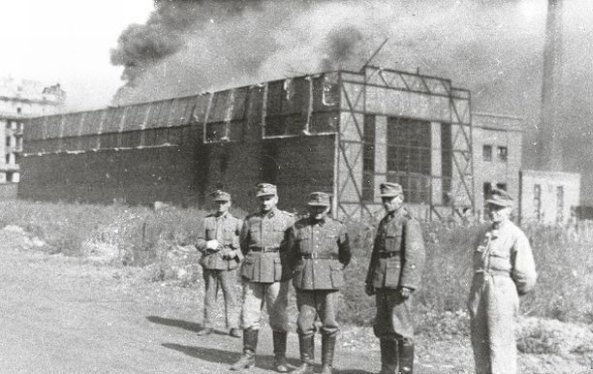 The Ursus factory in Warsaw’s district Wola is set on fire by German troops. On 5th August 1944 ("Black Saturday") almost 6,000 Polish civilians were murdered there by SS killing squads.Public domain

“The Germans opened fire on our group with a machine gun. After the first round, the injured started to sit up, so the Germans threw grenades into the crowd. I saw a pregnant woman with an injured belly from which a baby spilled out. A German took the child, still alive, and stabbed it”. The events from this testimony from Janina Rozińska, who miraculously survived by playing dead under a pile of bodies, were repeated in similar fashion throughout Black Saturday along the main western artery of Wolska and its side streets. 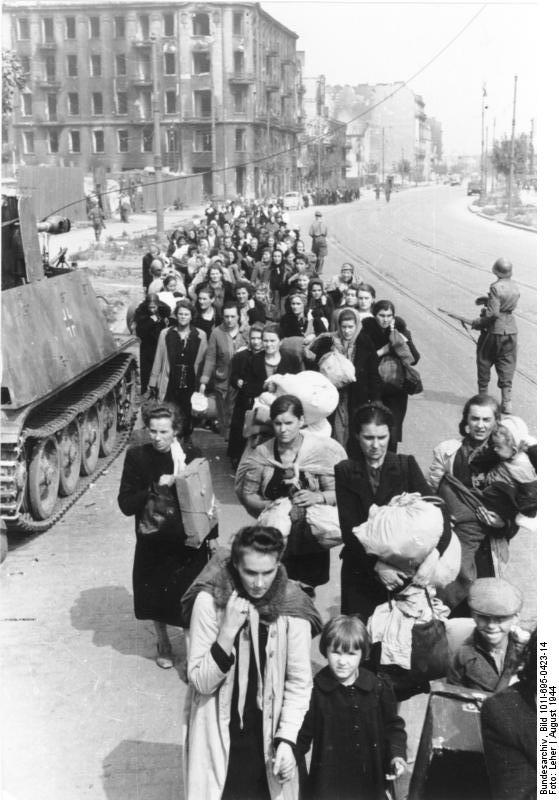 The Germans had been expecting an uprising in Warsaw – it was the worst kept secret in the city – but they were surprised by its scale. Himmler saw it as an opportunity to raze Warsaw to the ground and remove an obstacle that he said had blocked German expansion to the east for over 700 years.

Meanwhile, Hitler, still reeling from the attempt by his generals to kill him a few days before and having lost faith in the Wehrmacht, gave the task of punishing Warsaw to the SS, the only major combat operation fully under their command throughout the entire war. 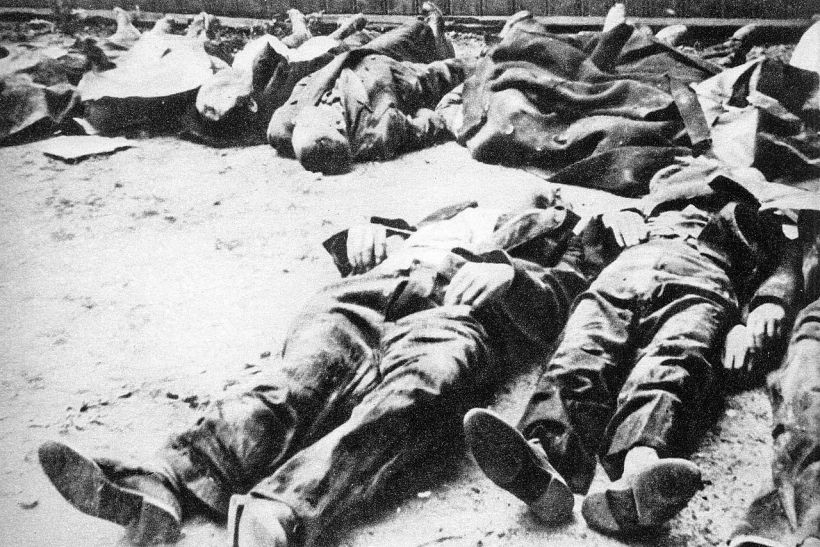 The bodies of Polish civilians murdered by marauding Nazi German death squads in the first days of the Warsaw Uprising during the Wola Massacre.Public domain

Hitler sentenced Warsaw to death in his chilling order: “Each resident should be killed, prisoners should not be taken. Warsaw is to be levelled to the ground and in this way a terrifying example for the rest of Europe will be given.”

Needing to keep supply routes open to forces fighting east of Warsaw, the plan was for combat units to punch a hole through the city from the west and then other forces would murder everyone in the wake of the main thrust.

Principle among the murderers was Oskar Dirlewanger’s division of German, Ukrainian and Russian criminals, who in the upside down world of German morality at the time were supposed to atone for earlier crimes by committing even greater ones. 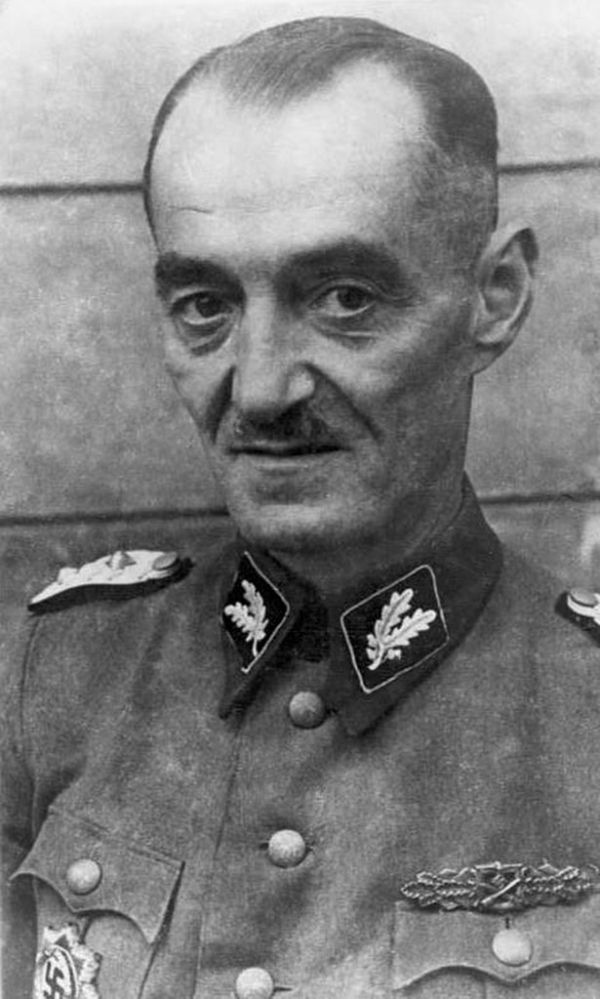 During the Wola massacre, Nazi monster Oskar Dirlewanger rounded up and shot some 40,000 civilians, most of them in just two days. He also burned three hospitals with patients inside, while the nurses were whipped, gang-raped and finally hanged naked, together with the doctors.Bundesarchiv, Bild 183-S73495 / Anton Ahrens / CC-BY-SA 3.0

One German soldier recalled a scene involving Dirlewanger’s men: “In the courtyard of the hospital, where a gallows was standing, a crowd had gathered. The soldiers […] had organised a concert of singing and flute playing. […] SS men pushed naked nurses with their hands on their heads towards the gallows […] they placed a rope around a doctor’s neck and pulled him up onto the crossbeam from which ten civilians were already dangling. The crowd laughed and cheered.”

In another account: “Dirlewanger’s men entered. One took a woman. She was young and pretty. She didn’t scream. He raped her, pressing her head hard on the table. In his other hand he had a bayonet. He opened her blouse and cut her from her belly to her neck. Blood flooded out.” 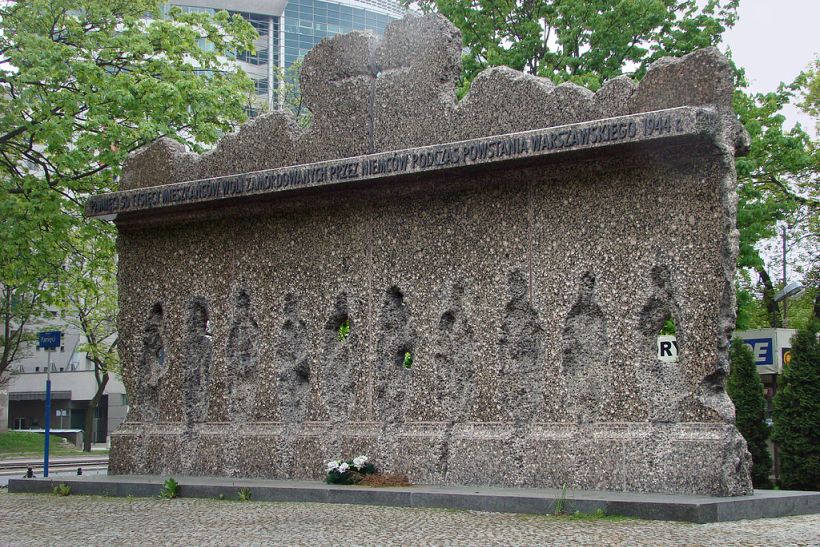 Today a simple memorial stands in Warsaw’s Wola district to commemorate the thousands who were slaughtered there.Szczebrzeszynski / Public domain

Why did the victims not try to escape? Uprising expert and licensed Warsaw tour guide Jolanta Głodowska explained to The First News: “There was nowhere to escape to. The Germans had cut off the whole city. They were murdering whole families and in those moments people tried to stay close their loved ones. Among the victims, mothers were found holding their children tightly. Those who survived said that people were paralysed by fear.”

When the SS commander in full charge of the operation, Erich von dem Bach-Zelewski, arrived in Warsaw in the afternoon of August 5th he ordered the killing of women and children to stop and that only men suspected of being insurgents should be killed, which in practice meant all men. This was not done out of mercy. Jolanta Głodowska explains: “He stopped some of the killing not for humanitarian reasons; he saw that the soldiers were not focused on fighting, but rather on rape and pillage. He was concerned about their morale and discipline, not about protecting the civilian population.” 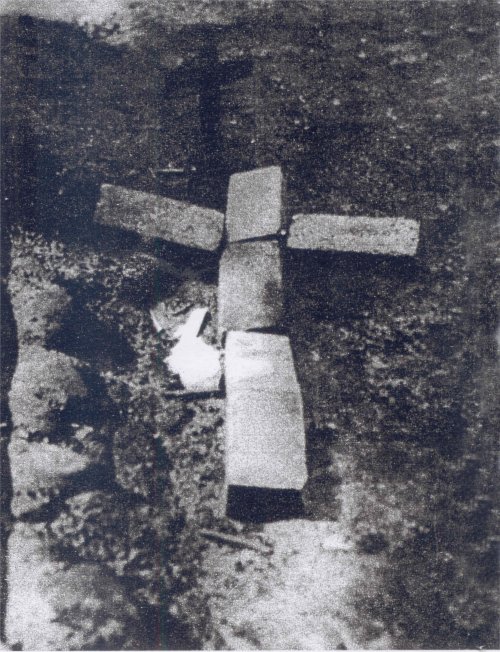 Ashes of 4,000 Wola massacre victims murdered at the Franaszek factory buried in a hole in the ground and commemorated by provisional cross.Public domain

With women and children now being spared, they were corralled in St. Adalbert’s church on Wolska street. The scenes that unfolded there were horrific. Drunk SS men dressed in priests’ cassocks dragged women outside to be raped. They killed whoever they wanted. Some women gave birth and the cries of the new-borns had to be smothered so as not to irritate the guards. A toilet was dug behind at the altar and the smell inside the church was overpowering.

After the war, Dirlewanger was killed by Poles in the French sector of Germany. However, no perpetrators have ever been tried and convicted for their crimes. In fact, Heinz Reinefarth, who led the storm on Wola, became the mayor of his town in Schleswig-Holstein and received a general’s pension well into old age.

After the war, the crimes committed in Wola were recorded and the burnt ashes of the victims were given proper funerals. However, the events have never received the same attention as other atrocities and they have been bundled in to the wider tragedy of the Warsaw Uprising. ‘Memory’ is a word used a lot in Poland at the moment, and no event needs to be remembered more than the Wola Massacre of 1944.