The Weavers of Łódź: A ‘touching afternoon’ remembers the women whose lives imploded following the collapse of the textile industry

In a moving afternoon of history, film and theatre, female ex-textile workers came together on Sunday to remember a once thriving industry now long-forgotten.

Following the collapse of traditional industries during Poland’s economic transformation in the early 1990s, the stories of the female workers of Łodż have largely remained untold.

From the 19th century, Łódź was the centre of the textile industry in Poland, and was at the forefront of the global textile industry. The industry not only fuelled the city's economy, but also created its identity. For a century and a half the everyday life of the city was dominated by chimneys factory buildings, long red brick walls, spacious factory halls filled with rows of machines, where spinners, weavers, darners, scrapers and knitters laboured in harsh conditions for little pay.

In the 1990s the textile industry in Łódź collapsed as a result of the political transformation, specific political decisions, loss of markets, chaotic privatisation and the growth of production in China. Thousands of women, whose lives were bound up with the textile industry lost their livelihoods, security and an important part of their identity. They were left without real help from the state and without hope for the future.

The meeting at the Marek Edelman Dialogue Center in Łódź, organised by the Topografie foundation, aimed to give a voice to this largely overlooked group of people. 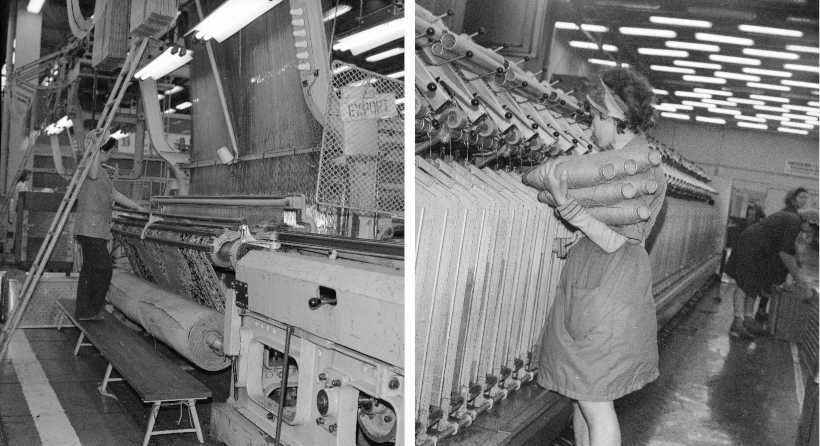 The premiere of a short documentary film was followed by a theatre performance in which young artists attempted to interpret in movement and speech the stories they had heard about the women’s lives both from before and after the closures. This was followed by moving recordings in total darkness given by the women themselves.

Joanna Kocemka-Żebrowska from the Topografie foundation explained to TFN the reason for the project, which was funded by the Ministry of Culture and National Heritage: “We wanted to tell this story from many angles and give an outlet for many voices.

“We want people from Łódź and the rest of Poland to know about the collapse of the textile industry that took place here. When most people think of the history of Łódź, they think of the nineteenth century and the different cultures that lived alongside each other, but there is a more recent and tragic story that hasn’t been told,” she said. 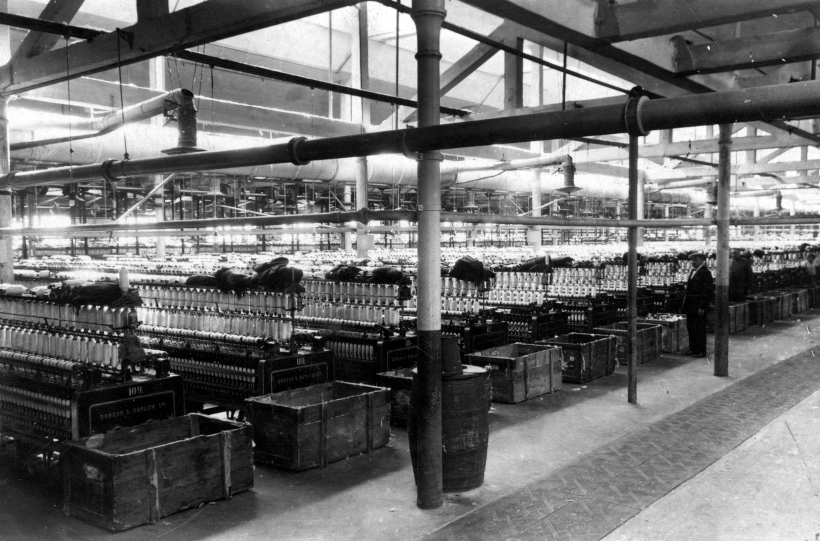 When the mills were closed, it affected whole families, making it even more tragic. It was most difficult for women who still had a number of years before retirement, but who were not young enough to migrate or update their qualifications. NAC

Many common themes came across listening to the women speak about their experiences. The overwhelming emotion was a sense of bereavement as a lot of the women came from families who had worked in the textile mills for up to four generations.

Despite the punishing hours, lack of sleep and low pay, many women remember their work in the textile plants with fondness. It provided a sense of shared values, community and the continuation of the tradition of many generations.

When the mills were closed, it affected whole families, making it even more tragic. It was most difficult for women who still had a number of years before retirement, but who were not young enough to migrate or update their qualifications. 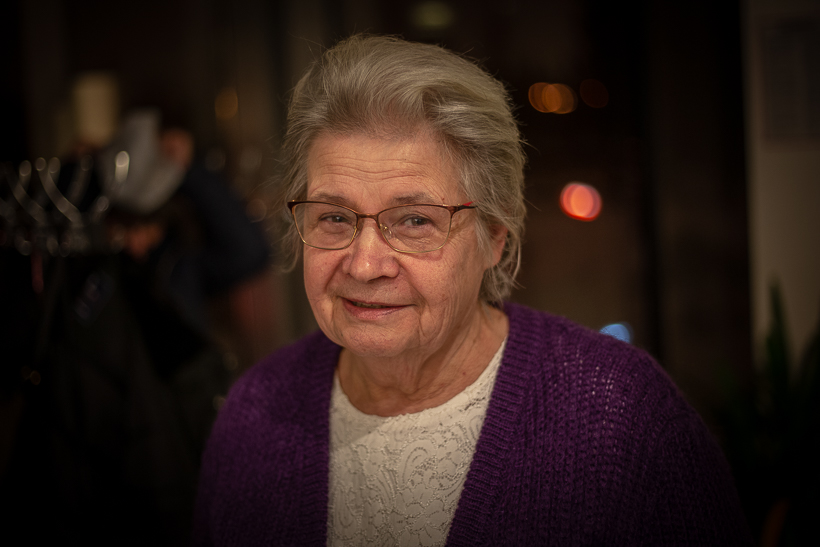 Former textile worker Stanisława Hak told TFN: 'I worked in the textile mills for 35 years. It wasn’t easy but we had a life. When they shut the mills down we were left with nothing and nobody cared.'Kalbar/TFN

Each plant collapsed at a different pace. Five people would be made redundant on one day, or maybe some would be fired on spurious disciplinarily grounds. The legally required three-month notice period was often not applied. Nobody was sure what would happen the next day.

Many women textile workers learned to sew and took orders to do at home, which helped them make ends meet but offered no security. It suited them because after the plant kindergarten and crèche closed they could work at home and stay with the children. Other women made a living from hawking on the street. Some made ends meet by growing vegetables. Many people decided to emigrate.

One of the women who had given her testimony for the project, Stanisława Hak, told TFN: “I worked in the textile mills for 35 years. It wasn’t easy but we had a life. When they shut the mills down we were left with nothing and nobody cared.”

Stanisława stayed in Łódź, but many left, and the effects of this migration process can be seen in the city today. The population grew up to 1989, reaching a peak in 1988 with a population of 854,000 people. After that, the population declined systematically, reaching 696,000 in 2017. 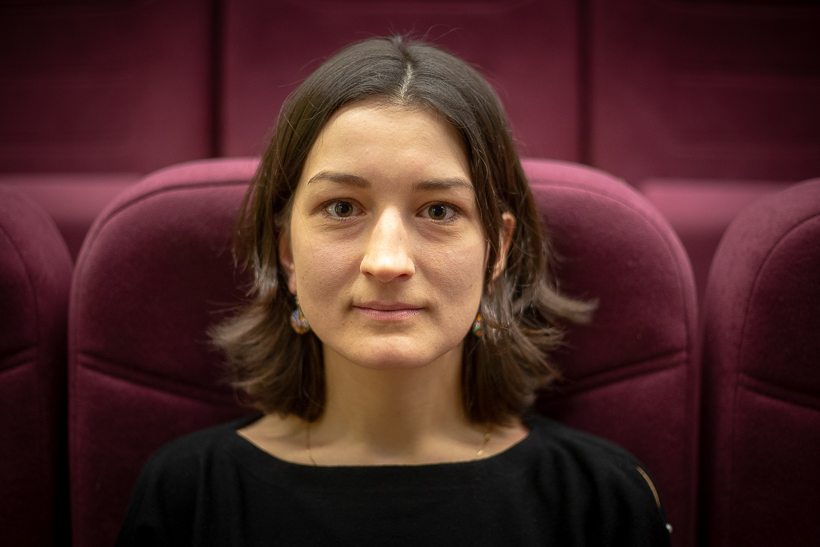 Joanna Kocemka-Żebrowska from the Topografie Foundation behind the event explained to TFN: 'Young people in Łódź are aware that their numbers are getting smaller and they see every day the old factories either decaying or having been brought back to life, so it is natural that they want to know more about what happened.'Kalbar/TFN

It may be too late for Stanisława, but many people in Łódź are starting to care and take in interest in this recent episode in the city’s history.

The generation born in the nineteen eighties and nineties is asking itself for the first time what happened back then, why is their city and its older people the way they are. The generation who lived through that time are now increasing ready to talk about it.

Kocemka-Żebrowska explained to TFN: “Young people in Łódź are aware that their numbers are getting smaller and they see every day the old factories either decaying or having been brought back to life, so it is natural that they want to know more about what happened.

“A lot of water needed to pass under the bridge for this process to get underway. After years of being forgotten, what was simply post-industrial is beginning to regarded as heritage, so people are starting to ask about what was earlier here, who built it, who worked here.”

Many of the women who were recorded for the event yesterday have a sense of deep bitterness and disappointment. Many took part in strikes in the 1980s and were involved in the struggle for freedom. 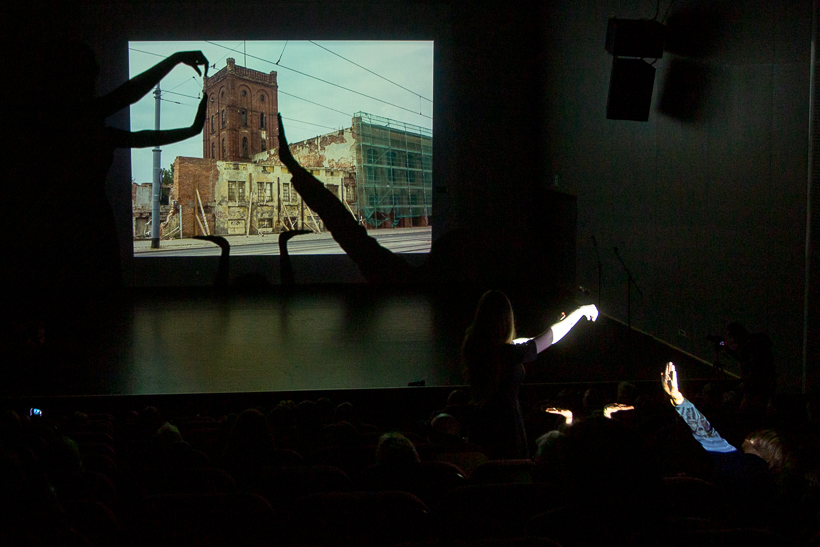 Women who used to work in the factories gathered together in Łodż to tell their stories in a moving afternoon of spoken history, film and theatre. Kalbar/TFN

They did not expect that the freedom that they won would mean the closure of their industry, which deprived them of the opportunity to actively participate in the country's transformation.

The closure of the textile industry seemed inevitable, yet the way it was done maximised the pain inflicted on the city.

“There were many reasons why the textile industry collapsed, but it was a conscious decision to do it,” Kocemba-Żebrowska said.

Giving these modest and aging women a voice has been long overdue and it was encouraging to see so many young people taking an interest in their stories.

However, as the crowd departed into the fresh snow of an early December Łódź evening, it seemed too little and too late for many of them.