A housing estate in Kraków has found itself coming to the unlikely attention of the nation’s bird lovers and street art enthusiasts after an ongoing programme to beautify its buildings saw its walls splashed with colourful XL images of Poland’s avian wonders.

Composed largely of four-storey blocks built in the 1960s and 70s, and found in the southern suburb of the Bieżanów-Prokocim district, the Osiedle Na Kozłówce development has become a hit with bird spotters ever since artist Wojciech Rokosz was approached for ideas to lend a new lease of life to the complex. 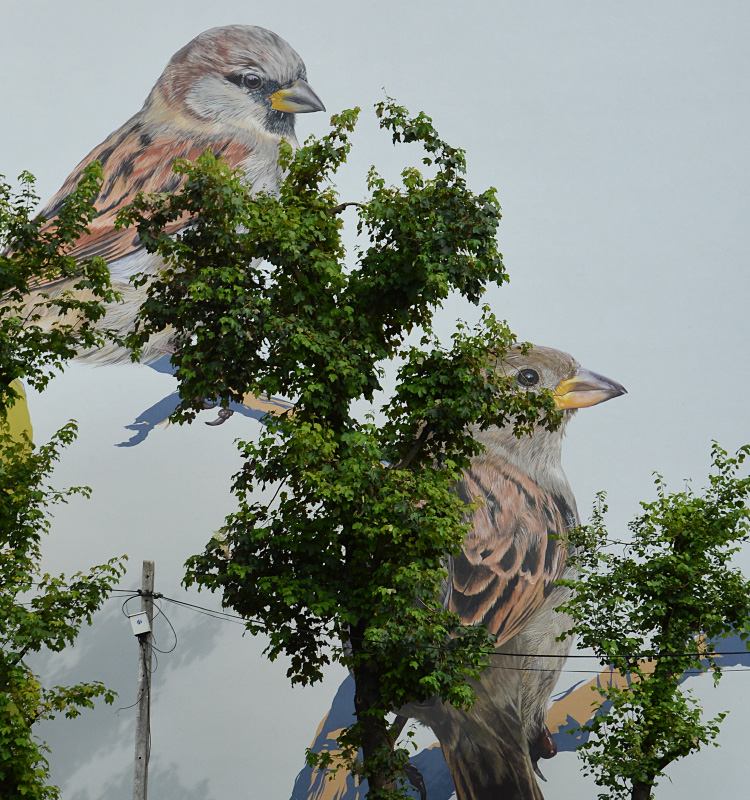 Painting on his own, each mural is the result of approximately four weeks of work, with the final implementation process accounting for anything from a week to two weeks, depending on the weather.Wojciech Rokosz

Financed by the surplus funds of the housing cooperative charged with running the estate, the idea was originally born in 2017 when the buildings comprising the area were reinsulated and renovated.

Sensing the opportunity to improve the quality of life of residents, the association’s members contacted Rokosz, a Mielec-born artist and graduate of Kraków’s highly regarded Academy of Fine Arts. 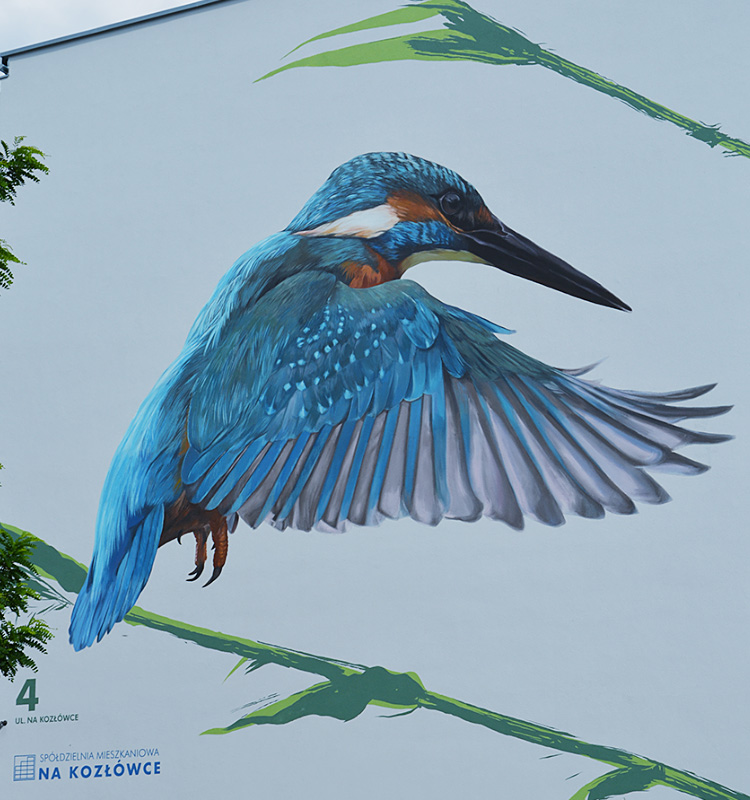 His work has been featured on varying platforms ranging from Elle magazine to breakfast TV.Wojciech Rokosz

“I was approached with a proposal to design murals that related in some way to the place, as well as something that formed a thematically and visually coherent cycle,” says the artist.

“In many ways it’s an unusual estate,” he continues. “In contrast to the newer housing estates you find not just in Kraków, but also in Poland, Osiedle Na Kozłówce is heavily-wooded, so when designing it was necessary to take into account the visual co-existence of the murals with the surrounding trees. 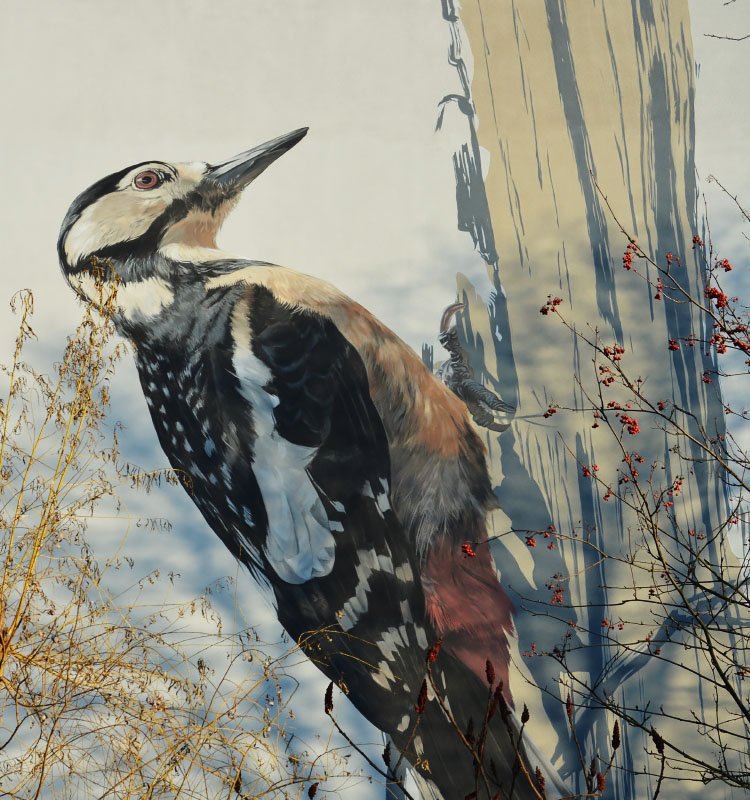 Rokosz says he was inspired by the Drwinka Valley which he describes as “fascinating from an environmental point of view, and in particular from an ornithological perspective.”Wojciech Rokosz

“There’s also an interesting area called the Drwinka Valley close by which is fascinating from an environmental point of view, and in particular from an ornithological perspective. That’s why I came up with the idea of referencing the richness of the local birdlife as a theme.”

In itself, this was something of a deviation from many of the murals found typically adorning Poland’s cities. 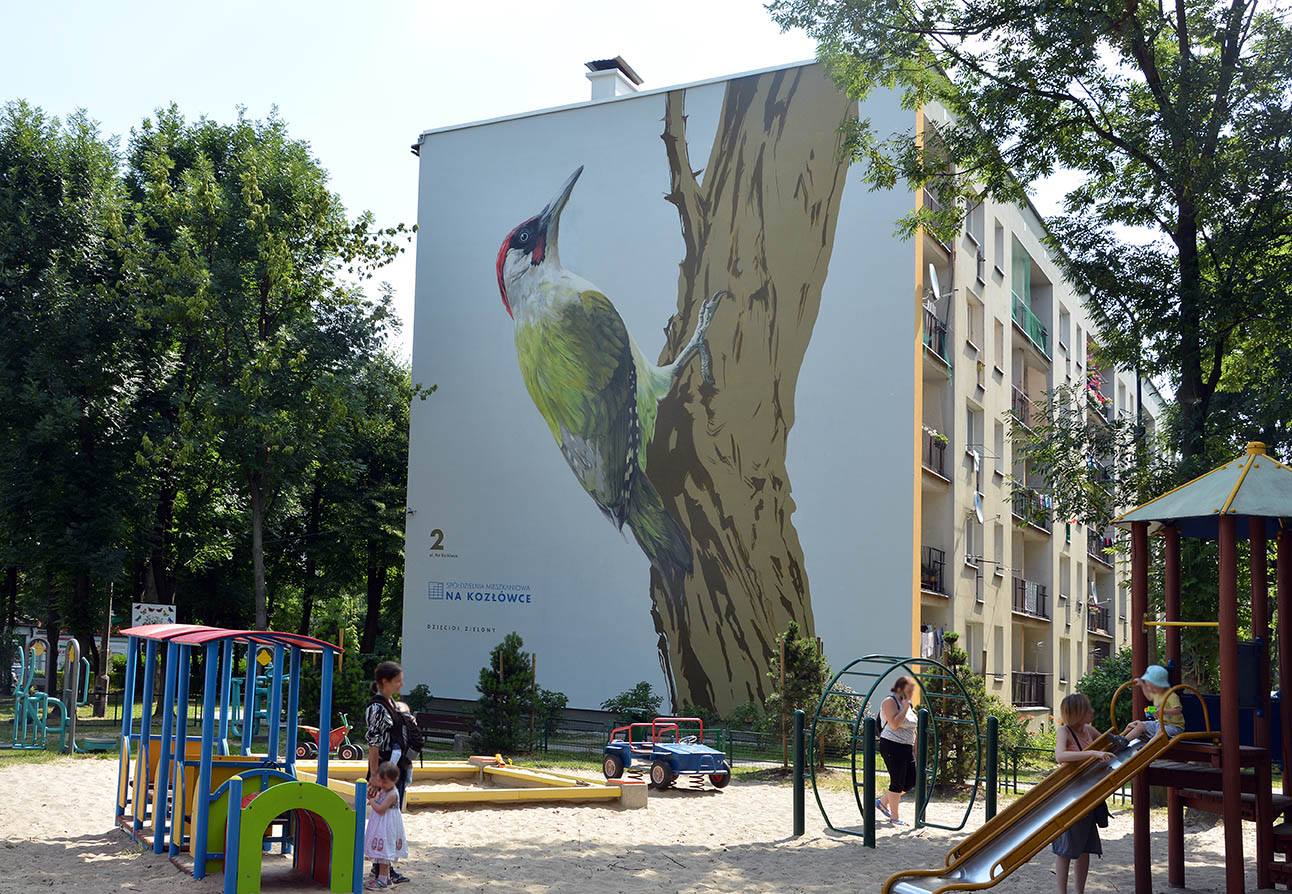 Wanting to improve the quality of life of residents, the association’s members contacted Rokosz, a Mielec-born artist and graduate of Kraków’s highly regarded Academy of Fine Arts.Wojciech Rokosz

“A lot of the wall art seen in Poland is politically or historically motivated,” the artist tells TFN, “and though these tend to be popular I wanted to go in a different direction.”

Doing so presented a gamble, so much so that originally only two were commissioned before being executed in 2018. The reaction, however, was overwhelmingly positive, and since then these have been followed by seven in 2019 and four more painted over the last few months. Yet more are likely to follow. 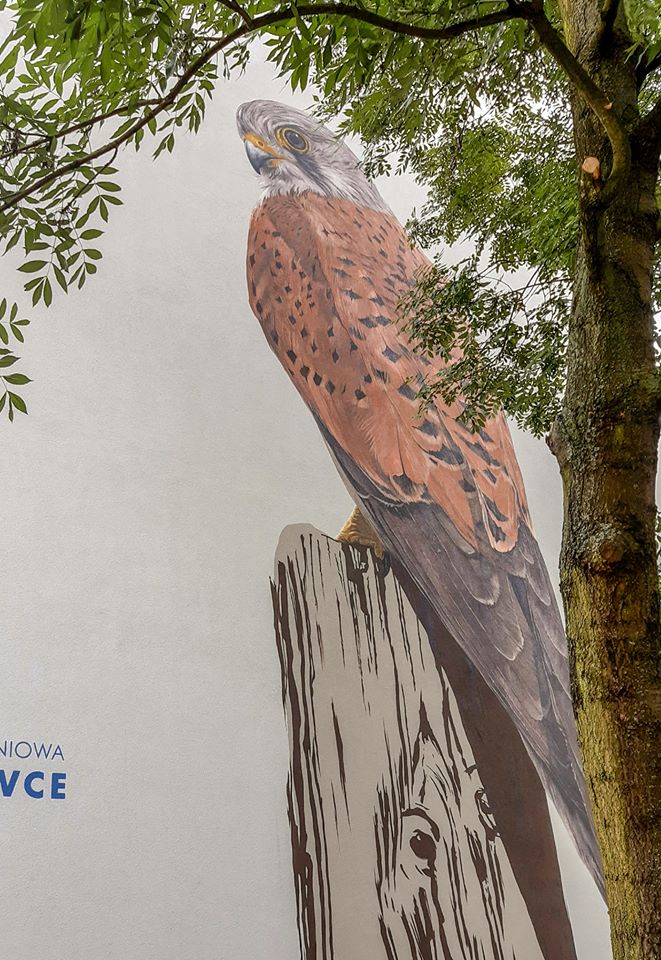 The Kraków housing estate has now found itself coming to the attention of the nation’s bird lovers and street art enthusiasts.Wojciech Rokosz

“That decision of course rests with the housing co-op,” says Rokosz, “but I’ve been so surprised by the feedback I’ve had – especially by the positive reaction of those actually living on the estate.”

Painting on his own, each mural is the result of approximately four weeks of work, with the final implementation process accounting for anything from a week to two weeks, depending on the weather. 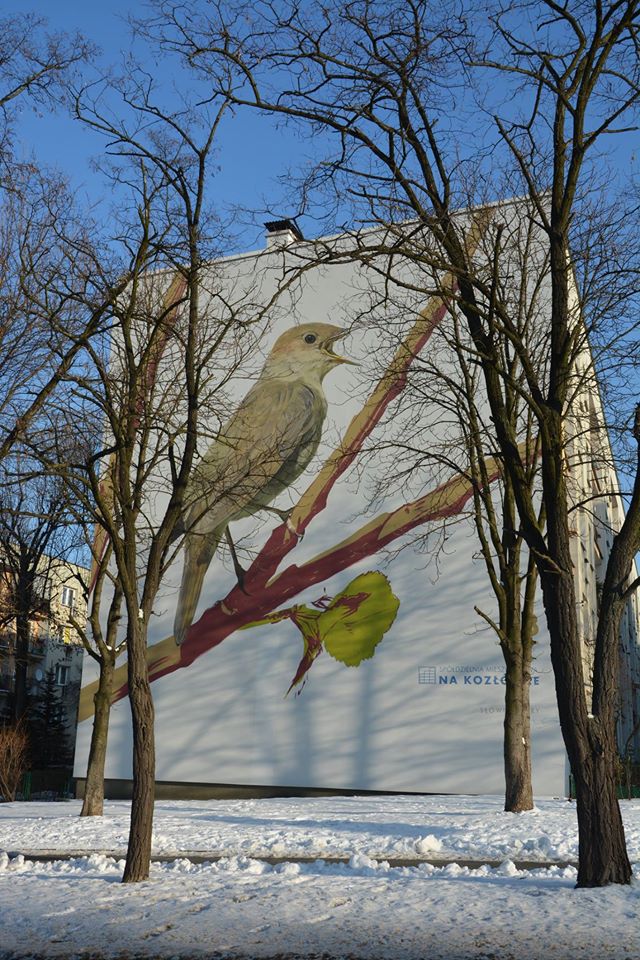 Since the murals first appeared they have been well-received by locals. Wojciech Rokosz

“The preparation of each mural is time consuming,” says Rokosz, “and you’ve got to take into account various issues such as the surface area and the spatial arrangement of a neighbourhood. But even with careful planning, the final result will always be a little different to the projected plan – there’s always a little surprise when you see the final version mounted on a wall!”

A keen climbing enthusiast from his youth, Rokosz’s head for heights has stood him in good stead, as has his experience gleaned from working with one of Warsaw’s major commercial mural firms and for other such high-altitude companies – not least his own high-rise office cleaning business established in 2014. 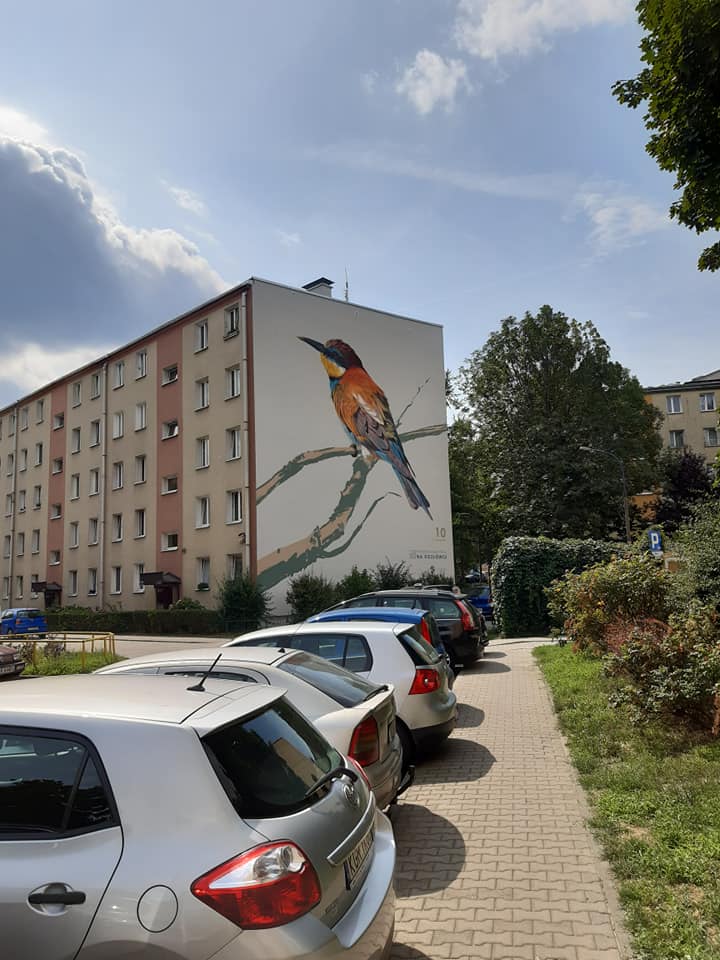 It is hoped that more avian murals will now follow. Wojciech Rokosz

Since springing out on his own, more success has followed despite the challenges of the job.

“It’s very different from painting in a small format,” he says. “There’s less room for improvisation than when, for instance, you’re sat in a studio in front of an easel – you simply have to be better prepared and, of course, you don’t have an entirely free hand when you’ve been granted permission to paint a wall.”

Despite these demands, Rokosz has found his name cresting in its prominence and his work subsequently featured on varying platforms ranging from Elle magazine to the Dzien Dobry television programme. It is, he says, a dream come true. “I wanted to be a professional painter from about the age of ten,” he says, “so yes, I’ve found myself doing exactly what I’ve always wanted to do.”