The Un-Finnish-Ed Business: a historic village-style community in the heart of Warsaw is teaching the city how to live for tomorrow

The year is 1945, and as the fragmented remnants of the Polish capital’s pre-war population stream back to Warsaw they are met with a scene of apocalyptic devastation. Eighty-five percent of their town smoulders in ruins and whole communities have been destroyed. But there is hope. Despite Stalin’s long, dark shadow, there is an urgency and ambition to rebuild from scratch.

Viewed as one of the epic achievements of Poland’s modern history, the reconstruction of Warsaw belongs in the pantheon of superhuman feats: from the ashes, arose a bold, new city. Although forgotten by some, and unknown to others, so too did a micro-community, a small village-like space in the centre of the city. It was here, in what many dub “the Finnish Houses”, that the architects and engineers working on resuscitating the capital had their quarters. 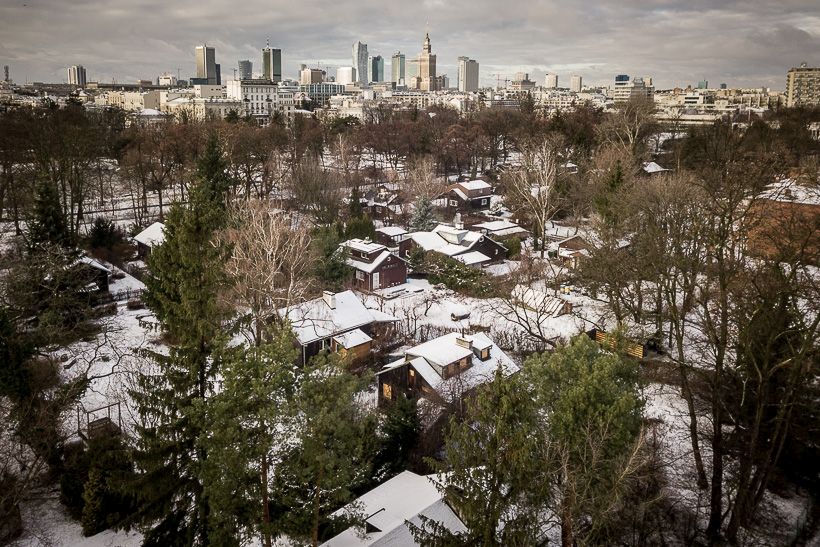 With the houses being just a stone’s throw from the centre the land they stand on is sought after by the property business.Kalbar/TFN

Gifted to Poland by the Soviet Union – who had snatched them from the Finns as part of post-war reparations – several hundred ready-to-assemble cabins were delivered to the country, ninety-five of which were swiftly erected in the area of Jazdów.

Officially opened on August 1, 1945 (the one and only time the Communists officially commemorated the anniversary of the Warsaw Uprising), these 54 sq/m units were characterized by their cute woodsy look and black pitch roofs. Something of a self-contained community, features of the Osiedle Jazdów neighbourhood included an artesian well, a kindergarten, a shrine, primary school, grocery store and kiosk – there was a public baths as well, not to mention an ice rink, toboggan run and a ski jump of sorts. It was an oasis of tranquillity in a city still traumatized by the memory of war. 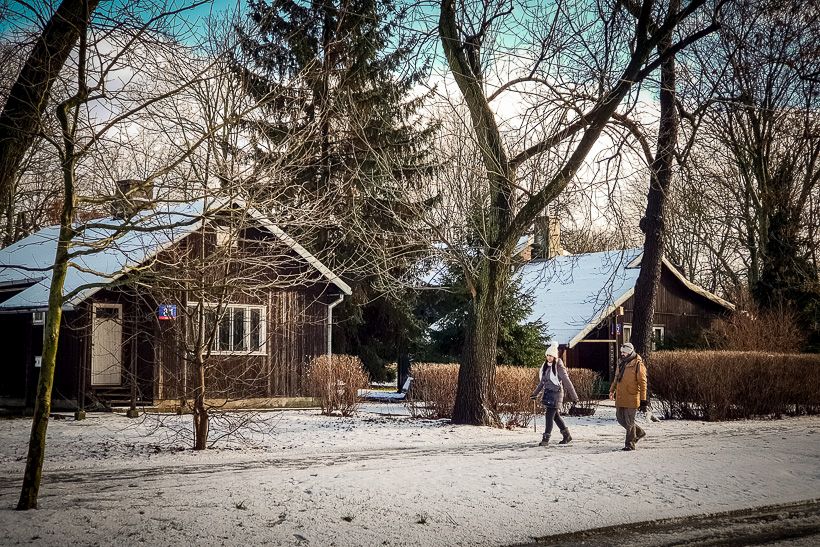 By the 60s this chalet-style enclave saw an influx of artists and actors, a migration that led to an atmosphere that was highly creative and Bohemian in bent.Kalbar/TFN

But while these houses had been intended to serve as a temporary solution, they remained long after many of the original architects had completed their work. Taking the place of many of these first tenants, by the 60s this chalet-style enclave saw an influx of artists and actors, a migration that led to an atmosphere that was highly creative and Bohemian in bent. In a country restrained by the shackles of Communism, it’s no surprise that it was to the Finnish Houses to which Beatles fans headed spontaneously to honour the first anniversary of John Lennon’s death in 1981.

Having first listened to an organ player recite the band’s hits in St. Anne’s church on Krakowskie Przedmieście (a performance that was followed by a priest regaling the audience with an impromptu rendition of Let It Be on guitar), the assembled crowd made their way to the Finnish Houses singing Give Peace A Chance. Pot was smoked freely and an ad-libbed sign strung to one of the streets declaring it to be ul. Lennona – the name, though unofficial at the time, stuck, and 10 years later city authorities finally added ul. Lennona to the map. 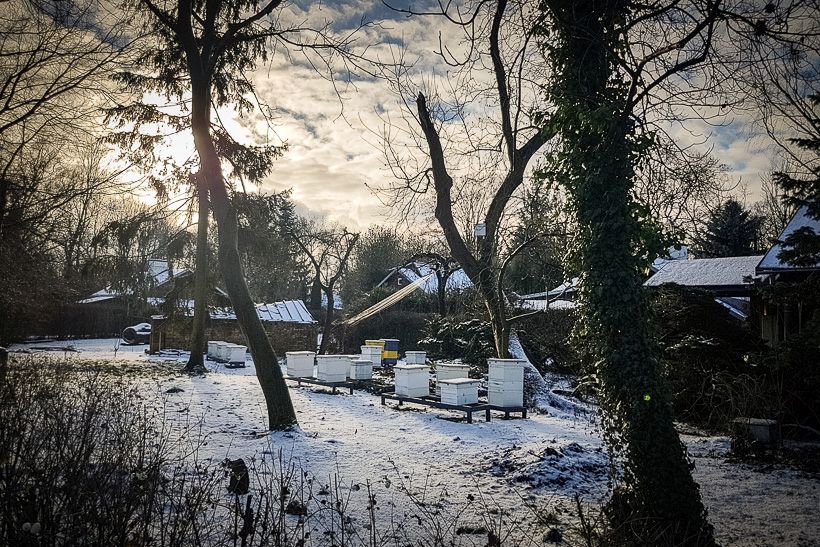 Today, the Finnish Houses have lost none of their charm. An extraordinary idyll in the centre of the city, walking amid them is akin to entering a small, magical kingdom from the pages of a fairy tale: crunching over pristine snow, the scent of wood-fired stoves wafting overhead, only the muffled hum of Trasa Łazienkowska reminds you as to where you really are. Yet in spite of their clear merit, their mere survival has become something of a cause célèbre.

“From the 95 houses that were built,” says Andrzej Górz, “only 27 still stand.” With the land owned by the city, the district has come under repeated threat due to the prize real estate it occupies, and for years both locals and activists have battled together to safeguard the future. “At one stage,” says Andrzej, “the local council agreed to hold a public consultations about what should happen to the area, but admitted the meeting would only take place after they had bulldozed everything!” Disaster was narrowly averted when, according to Andrzej, the Finnish Ambassador interjected. “Thanks to the Finns,” says Andrzej, “we were able to get our foot in the door and get the politicians to treat our concerns seriously.” 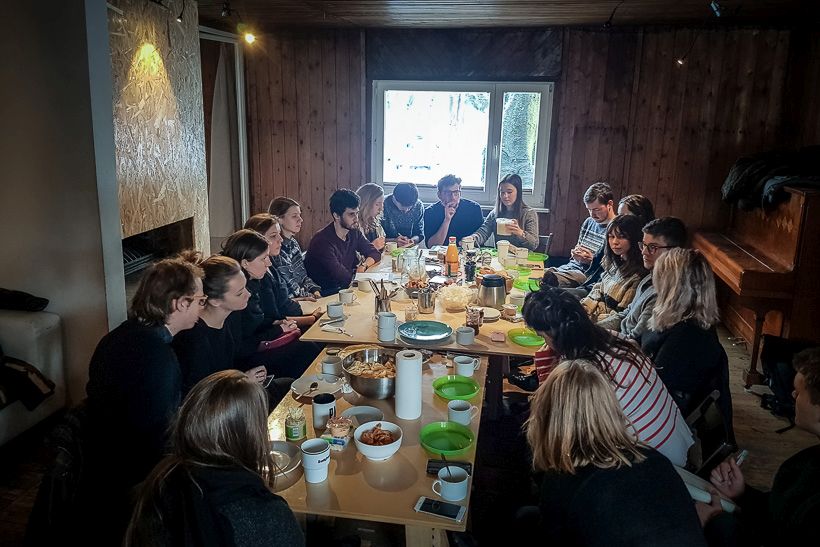 “I wanted to rebuild the community that was lost here,” says Andrzej, one of the residents.Kalbar/TFN

Andrzej, who himself was born and raised in Osiedle Jazdów, has been at the forefront of the action to save the Finnish Houses, co-founding an initiative called Otwarty Jazdów – their mission, to mix and match different groups to commonly develop public space and create social and cultural programs that would make the Finnish Houses essential for the city. “Growing up here,” he says, “I remember the sense of community. People used to help each other out. You’d borrow tools from each other, sweep snow from the homes of old ladies, celebrate birthdays together, or just pop round next door if you ran out of coffee. In some ways, I wanted to rebuild the community that was lost here.” 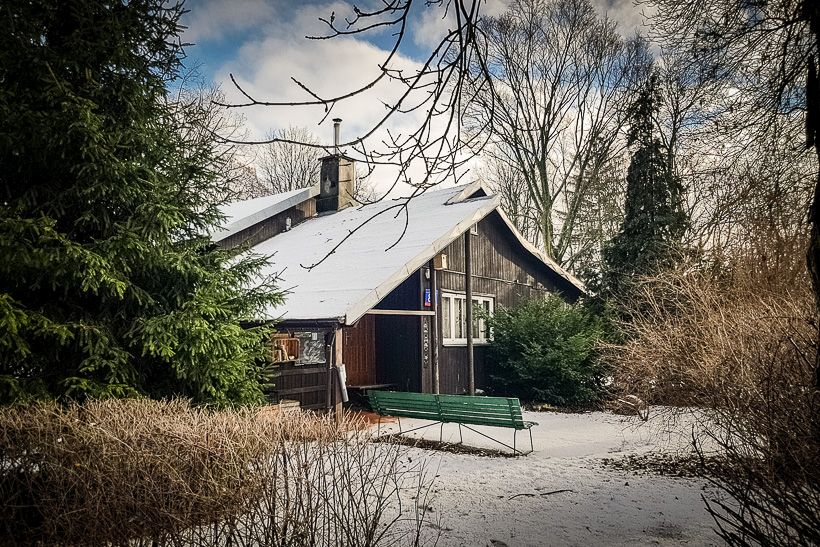 Out of the 95 houses built only 27 are still standing.Kalbar/TFN

With many residents squeezed out by rising costs and problems brought about by uncooperative past local councils, only eight families remain. However, that has not meant that the other houses stand empty. The Open Jazdów project has been committed to filling these vacated properties with forward-thinking institutions that are open to all. “We have a huge educational agenda,” says Andrzej, “and we want to use the area as an incubator for ideas that can spread not just across the city, but also Poland as a whole.”

As things stand, these have included the development of flower meadows and eco-gardens, an embassy of traditional music that aims to preserve and teach this aspect of Polish culture, an urban gardening school, an international humanitarian organization, a democratic school and a light therapy house in which to zap the winter blues. “We see this as an urban laboratory,” he continues, “in which people can develop ideas for our cities of the future.” 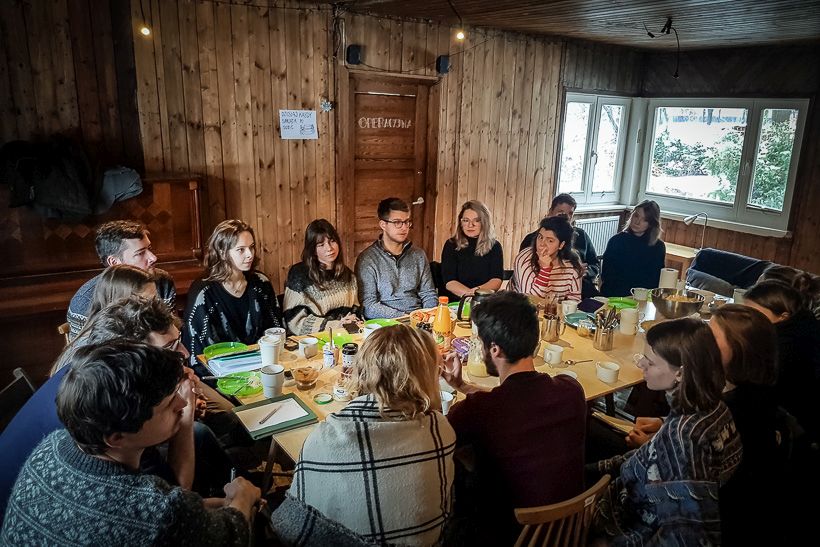 With many residents squeezed out by rising costs and problems brought about by uncooperative past local councils, only eight families remain.Kalbar/TFN

Already, many of Open Jazdów’s prototype ideas have taken off, though perhaps none quite as well as their apiary. “When people first started keeping bees here it was actually illegal,” smiles Andrzej, “but people saw that our bees weren’t killing anyone and the law was changed as a result. Now, thanks to this illegal action of ours, urban beekeeping is trending across the country.”

Limits don’t exist. In 2017 alone, Open Jazdów were responsible for more than 1,500 events, just a few were enabled by grants. The future, meanwhile, encompasses ambitions to see ul. Jazdów, the principal street running through the development, transformed into a people-friendly woonerf. “Right now it’s a dead-end ‘blind street’ that people just park their cars on,” says Andrzej. “We want to humanize it by getting rid of the asphalt and turning it into a place to live and play on.” 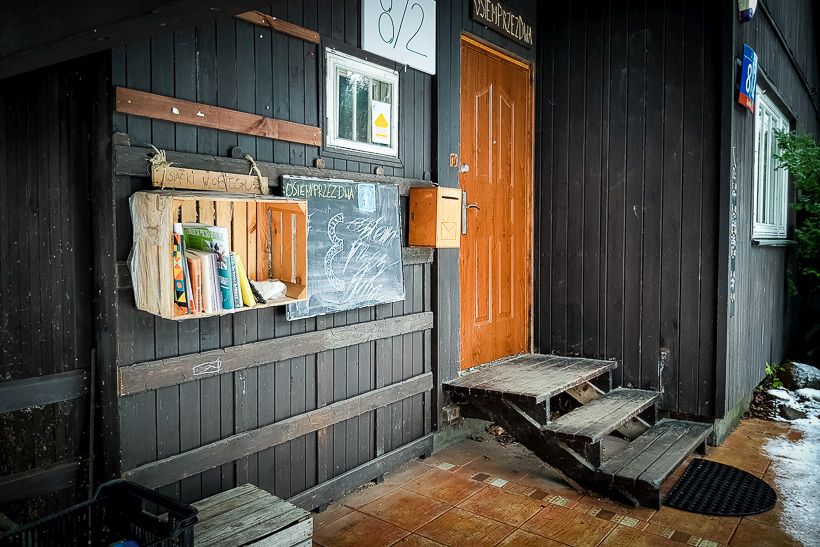 Today, the Finnish Houses have lost none of their charm and are an extraordinary idyll in the centre of the city.Kalbar/TFN

Whilst the city’s new mayor, Rafał Trzaskowski, has pledged to put the fate of the Finnish Houses high on his list of priorities, there’s still a long way to go. Regardless, the mood is upbeat, with each new success recorded by Open Jazdów further cementing their role in the fabric of the city. “Ultimately,” says Andrzej, “we want to engage people to change their mindset. Sure, you can spend your weekend drinking a bottle of vodka by the river, but alternatively you can do something that makes a difference. Here, we want to set a good example and show both politicians and people how you can live positively in a vibrant, informal atmosphere. Just as importantly, we want people to become not just consumers of culture and education, but producers.”