Once, Warsaw’s main streets were crowded with cinemas of all types. During the war, many became ‘Only For Deutsch’, and in People’s Poland they were recruited to serve the cause of communism. After the transformation came the age of the multiplex. Warsaw’s cinemas have had a turbulent history.

But now that story has been told by eminent Warsaw historian Jerzy S. Majewski in his new book Historia Warszawskich Kin (History of Warsaw’s Cinemas).

The first screenings of moving pictures took place in Warsaw in 1896 using what were known as panopticas.

The quality if the image was not high, but that was not the only attraction. “Behind the cash register there was an aquarium with a roll of silver roubles,” Majewski says. “When someone wanted to discreetly take money as a souvenir, he quickly took his hand away - the coins were electrified.”

Cinemas started to sprout up all over the city when the power plant in Powiśle was extended and a wave of electricity broke over the city. This meant that “light theatres” could open anywhere in Śródmieście, and they concentrated around Nowy Świat, Marszałkowska and Senatorska. 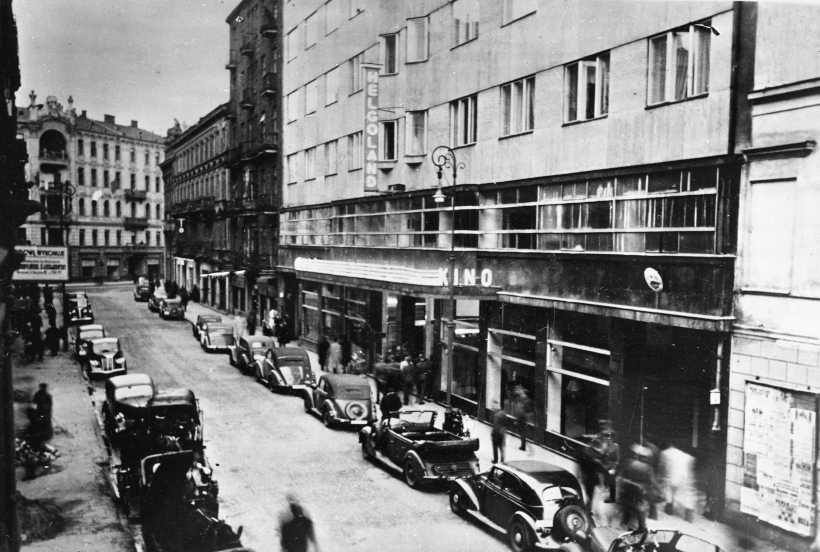 Cinema’s flourished in the inter-war years in Warsaw with about 70 operating come 1939.PAP

Tickets cost from 20 to 50 kopeks for seats at the back, but “for a ticket in the first rows where the view of the screen wasn’t blocked by ladies hats decorated with bird feathers and ‘head gardens’ guests had to pay from one to five roubles,” Majewski explains.

Just before the outbreak of World War II, there were about 70 cinemas in Warsaw, a number that was not achieved again until the 1960s.

Majewski’s book constitutes an exhaustive compendium of all the cinemas that have ever operated in Warsaw. The list reverberates with familiar sounding names for cinemas such as Apollo, Roxy, Odeon and Paradiso. However, others sound more exotic –Sfinks, Colosseum and Elizium Palais d’Illusion. Others, meanwhile, remind us that the book is firmly rooted in Poland – Wisła, Grunwald and Bałtyk.

Unsurprisingly, Majewski devotes significant attention to how the Second World War affected Warsaw’s cinemas. During the Siege of Warsaw all the cinemas were closed, but after a month of the occupation, the Germans allowed certain cinemas to open for Poles. “At the entrance to all these were signs saying ‘Admission Forbidden to Jews’,” Majewski says. 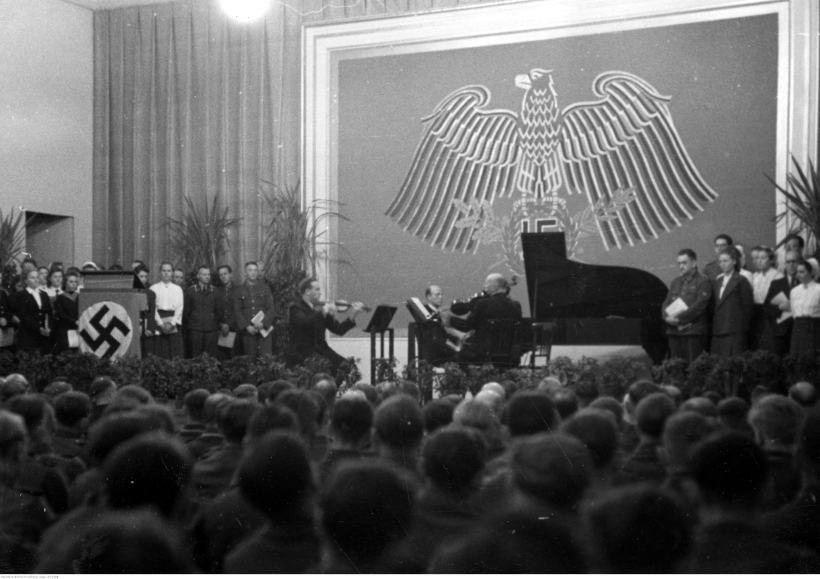 During the war cinemas offered some escape from the horrors of occupation but were also used by the Germans for propaganda purposes.NAC

Because of the curfew, films were shown only in the mornings and afternoons and the choice was limited mainly to German films, as well as a few pre-war Polish films and propaganda films made especially for Polish audiences.

This attempt at manipulation by the occupiers didn’t go unnoticed by the Polish underground, which launched a campaign of sabotage. Film posters were daubed with graffiti declaring ‘Only Pigs Sit in the Cinema’, screenings were gassed forcing viewers to flee theatres, projection equipment was stolen or destroyed and saboteurs would buy tickets only to cause disturbances during screenings.

The campaign was largely unsuccessful though. Before the war, going to the cinema was hugely popular in the capital and during the occupation, starved of entertainment, people needed a diversion from the mounting horror that was surrounding them. 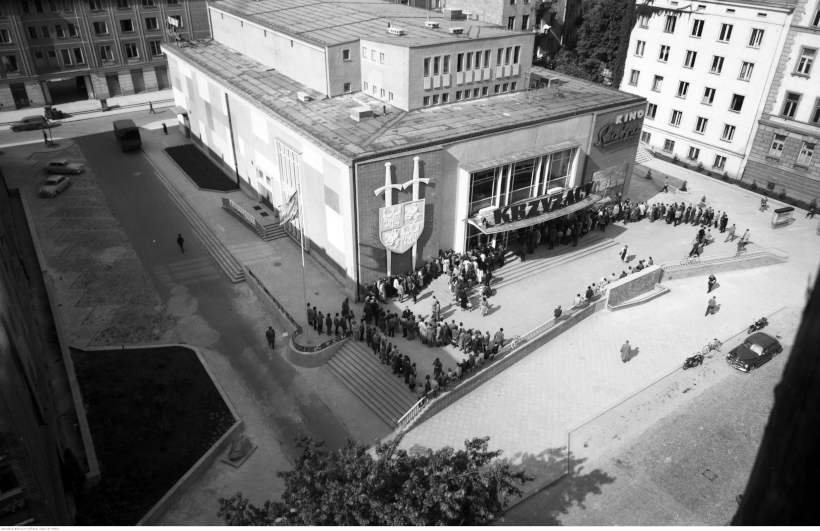 The Skarpa, another famed cinema to disappear under the property developers’ bulldozers. NAC

Even a notorious Nazi war-time guide for German visitors to Warsaw warned about the long queues and advised visitors to buy tickets early. As Majewski says, though, “many of those who went to the cinema were the same young people who were members of underground organisations fighting the occupiers.”

After the war, cinemas did not return to private hands. Just as during the occupation, both films and the cinemas themselves were to perform a propaganda function, and were strictly controlled by the authorities.

New cinemas were built in the spirit of the new age. Majewski allocates a generous section of his book to the Moskwa cinema, which was completed in 1950 in a modernist style but wrapped in a Stalin-era soc-realist jacket. The Moskwa became known for screening dystopian visions of corrupt Western capitalism, most notably ‘Apocalypse Now’, which photographer Chris Niedenthal captured in his iconic image from the start of Martial Law. 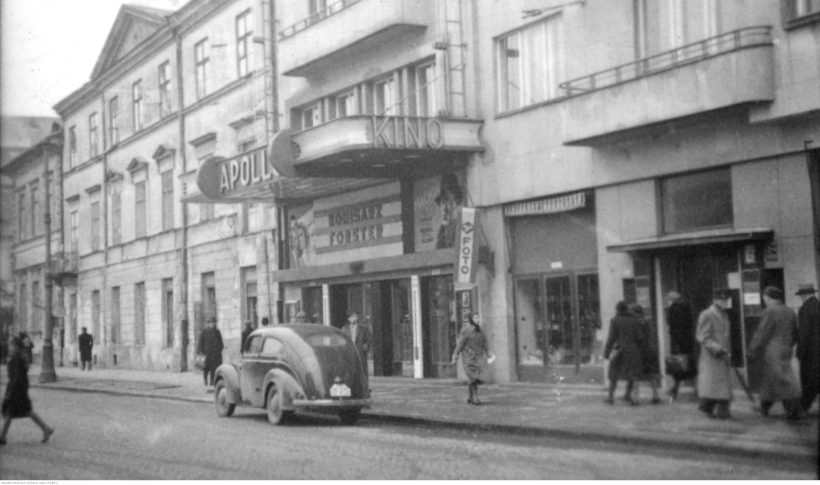 Now, there are far fewer cinemas in the capital, although the number of seats and screening rooms is far greater that at any time before.NAC

At the end of the 1950s and beginning of the 1960s, many of Warsaw’s most famous cinemas were built, including Skarpa, Wisła, Wars, Luna and Bajka. The Skarpa opened in July 1960, which coincided with the 450th anniversary of the Battle of Grunwald and the premiere of ‘Black Cross’, the biggest ever hit in Polish cinema. Majewski says in the book that “people fought for weeks to get into the 850-seat cinema to see the Aleksander Ford’s film. It was a great time not only for film fans but also for touts, who it is said made piles of cash from the Black Cross”.

After 1989, many of these cinemas struggled on for a while but eventually closed, pushed out of the market by the economically more viable multiplexes, which have taken root in the city’s shopping centres. 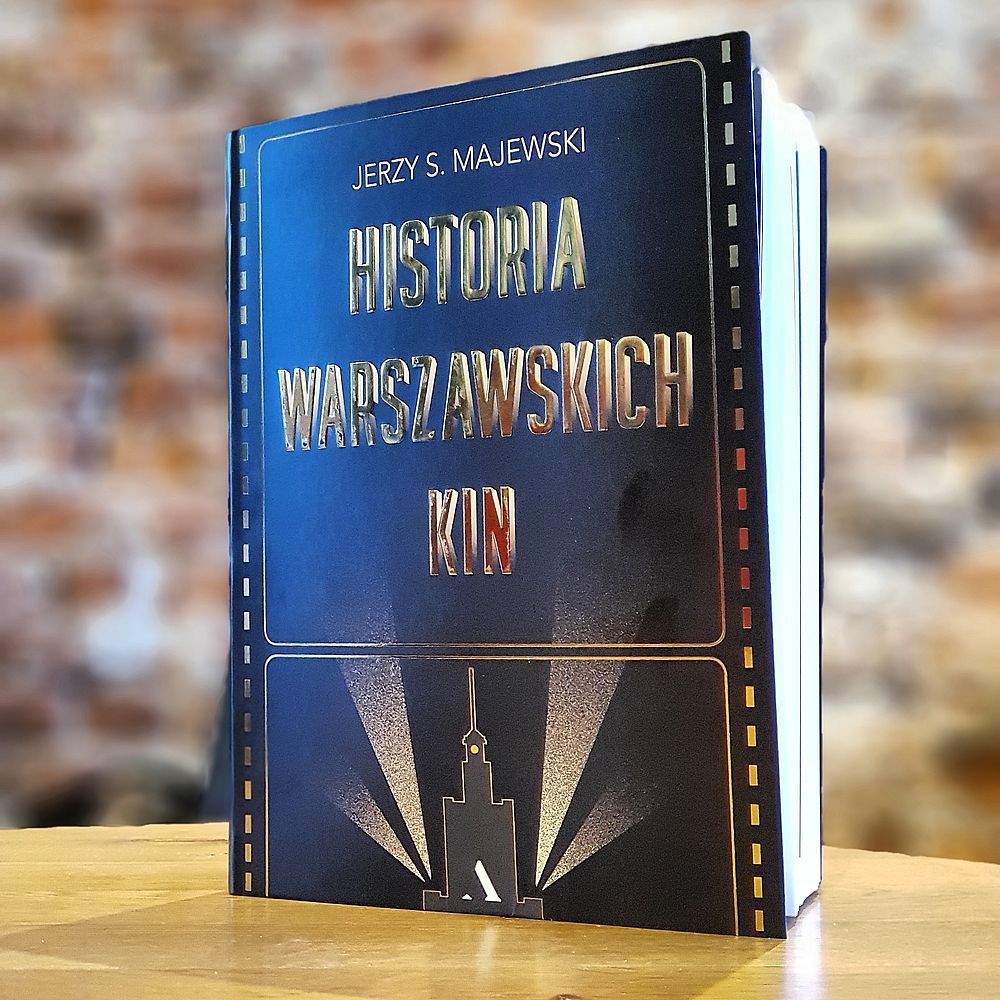 Now, there are far fewer cinemas in the capital, although the number of seats and screening rooms is far greater that at any time before. The memory of those that exist no longer is safely enclosed between the covers of Majewski’s important and fascinating book.