The spy left out in the cold: Gripping new book tells extraordinary tale of Poland’s most devastating Cold War spy

Michał Goleniewski was the highest-ranking intelligence officer in communist Poland to ever flee the country. 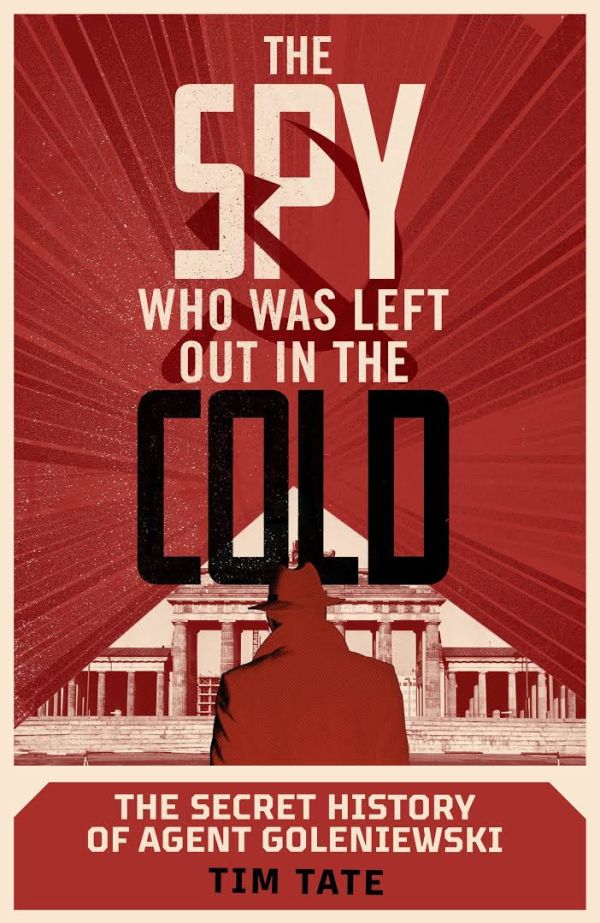 Through exclusive access to declassified top secret documents, the story of his incredible life has finally been told in a new book published this week.Penguin books

His information led to the breaking of some of the most dangerous KGB and Polish intelligence spy rings in NATO, the USA, the UK and Israel.

The CIA said that he was the best spy they ever had when he defected to them in 1961.

And then it all went wrong. Spiralling into mental illness, he later claimed to be Alexei Romanoff, the son of Tsar Nicholas II, whose family was murdered by the Bolsheviks in the Russian revolution.

Since then, the man dubbed the best spy the West ever lost, has been written out of the history of Cold War espionage. That is, until now. 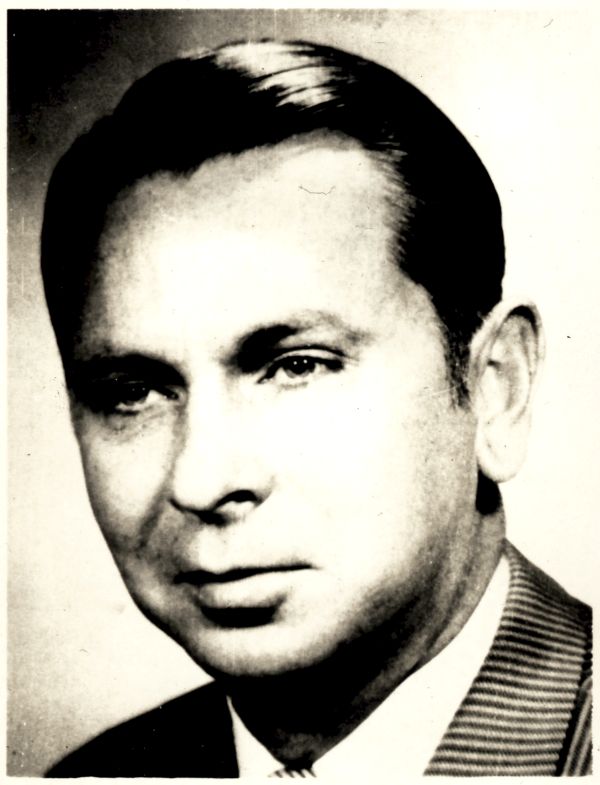 Tim Tate, an author and investigative journalist for over four decades, reveals the secret history of this enigmatic man in his new book The Spy Who was Left Out in the Cold.

He uses recently released, previously top-secret documents from the American CIA, Britain’s domestic intelligence service MI5 and Poland’s Institute of National Remembrance (IPN) to unravel one of the most important yet least known and most misunderstood spies of the Cold War.

Tate told TFN: “I'd first come across the Goleniewski story in the early 1970s, but there was then very little material about him. 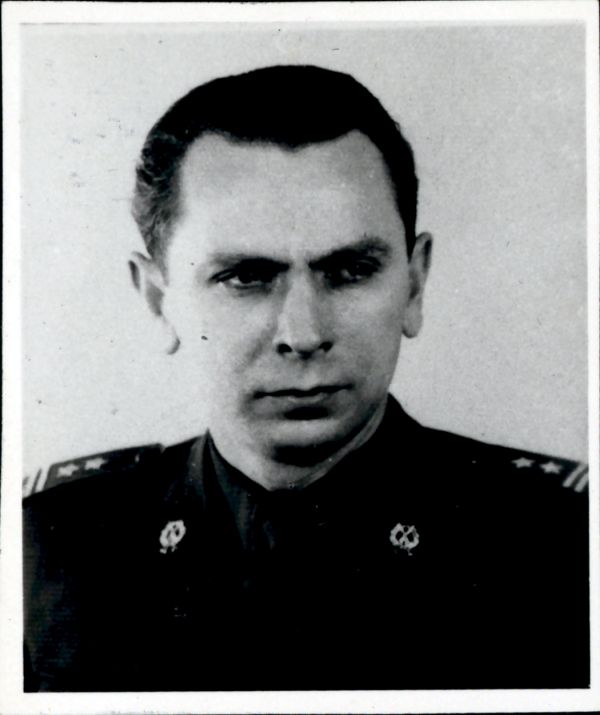 In April 1958, Goleniewski sent a package of letters and documents to the United States embassy in Bern. He didn’t reveal his real name, only identifying himself cryptically by the codename ‘Sniper’.IPN

“Although I kept tickling away at it and kept accumulating little bits of information, there was not much primary source material. It wasn’t until 2016, 2017 when stuff began to become available here.

“What interested me was what changed what turned this incredibly intelligent, brave, devastatingly successful spy into a complete fantasist,” he added.

Extremely intelligent and ambitious, he was regarded as an officer with great organisational skills. His correct ideological stance was never doubted. 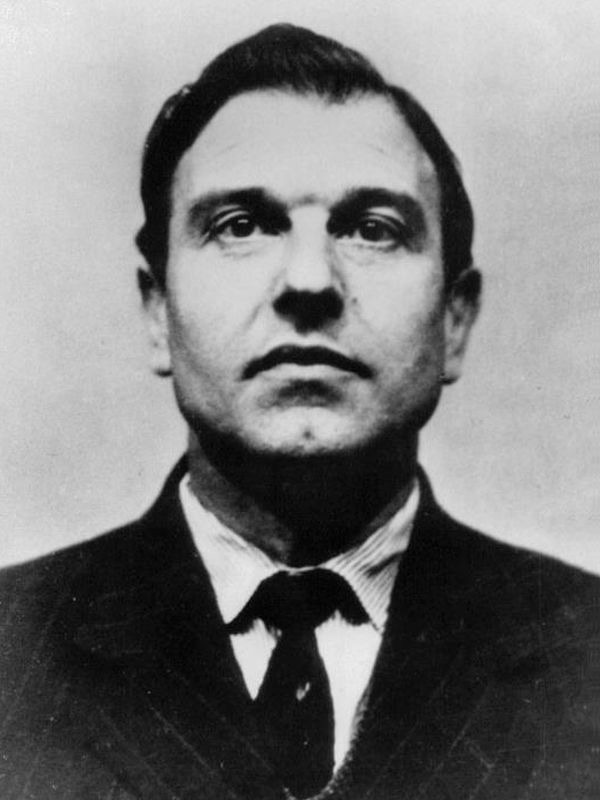 One of the spies betrayed by Goleniewski was the notorious double agent George Blake. Public domain

However, sometime in the late 1950s, Goleniewski had what Tate describes as a Damascene Conversion.

“The reason he sets out on this road is unquestionably that he decided that the communist system in which he had been raised and which had nurtured him and which continued to treat him really rather well was wrong,” Tate says.

In April 1958, Goleniewski sent a package of letters and documents to the United States embassy in Bern. He didn’t reveal his real name, only identifying himself cryptically by the codename ‘Sniper’. 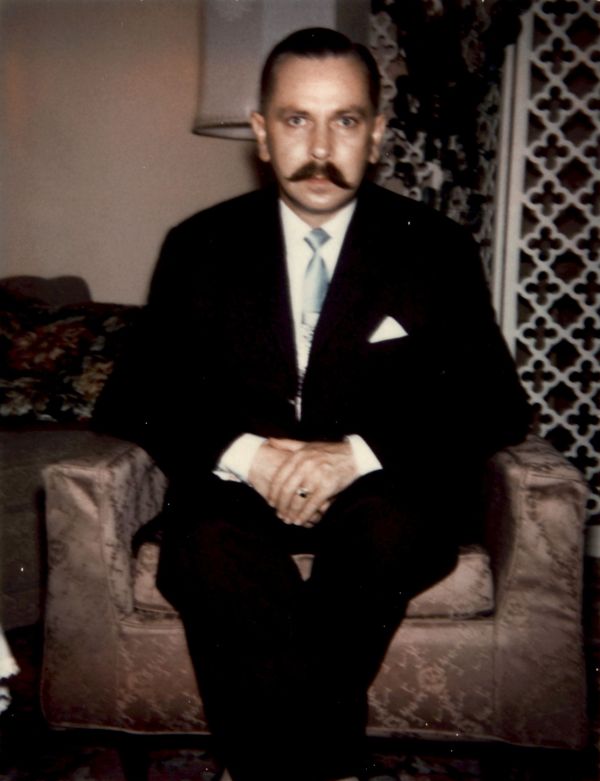 After defecting to the West, the CIA gave Goleniewski a new identity in Queens, New York. IPN

As an ‘agent-in-place’, Goleniewski spent the next 33 months handing over a further 13 packages containing 5,000 pages of documents from Polish intelligence and 8,00 pages of Soviet documents contained in a total of 160 microfilms.

“What I found fascinating is the information that he was passing over and the double agents that he was revealing. The West had no idea these people were in place. Absolutely none. Until Goleniewski came along, the West was blissfully ignorant,” Tate said.

After about a year, the KGB discovered it had a leak. They narrowed the source down to Warsaw. They put their best man in Poland on the job – Goleniewski.

Eventually, though, the noose of suspicion started to tighten around him and he knew he had to escape. 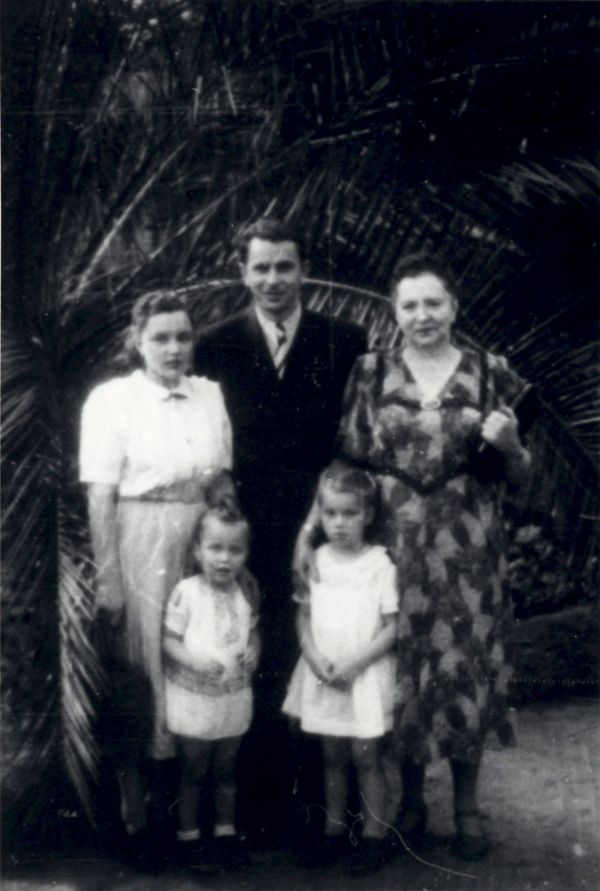 Goleniewski left behind his wife and children after authorities became suspicious that he was a spy. IPN

“He knew that the punishment for traitors was a bullet in the back of the head,” Tate said.

In Poland, he had a Russian wife with whom he had three children. However, her wartime experiences in Germany as a slave worker had caused extreme mental disturbances, which had led Goleniewski to move in with his mother.

Meanwhile, he had been having an affair with a young school secretary, Irmgard Kampf, he had met in Berlin on his many trips to East Germany. He decided to flee to the West with her. 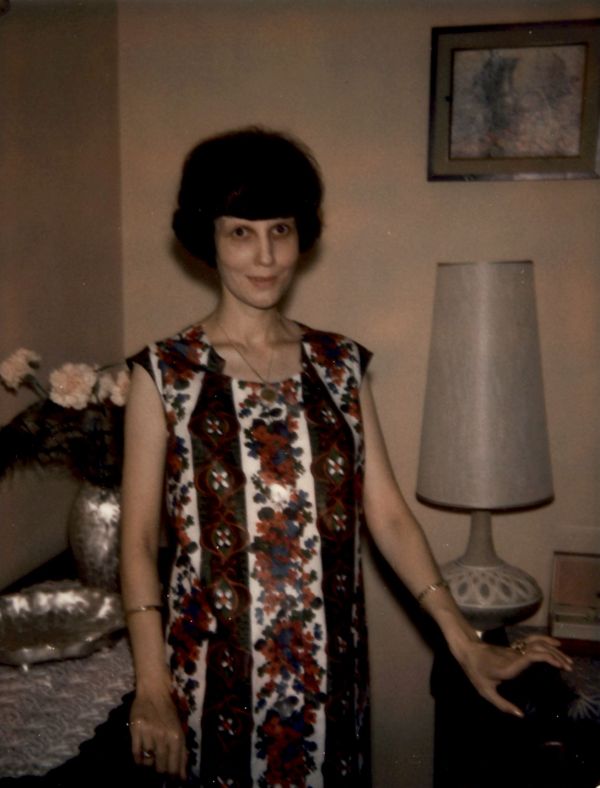 Goleniewski decided to take his mistress with him, a young school secretary called Irmgard Kampf who he had met in Berlin on his many trips to East Germany.IPN

He left for Berlin on Christmas Day, 1960. By early January, he and Irmgard were safely tucked up in the US’s Defector Reception Center in Wiesbaden, West Germany.

Prior to defecting, he had stashed more microfilm in a tree in Warsaw, which the CIA was able to recover.

“They've got this absolute mountain of top-grade intelligence, and they think he is the best defector they have ever had,” Tate said.

The pair were whisked to the US where Goleniewski underwent lengthy debriefing sessions. 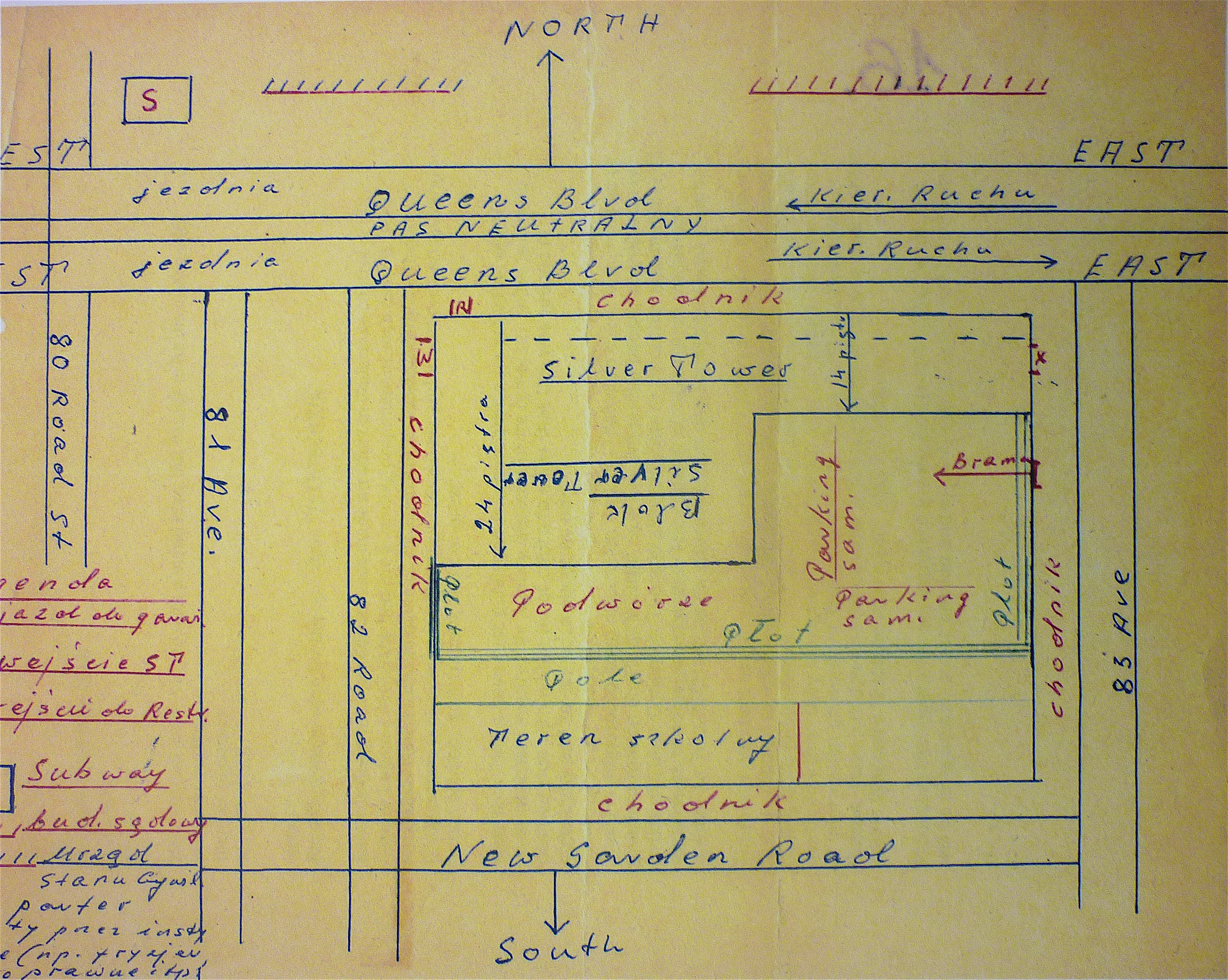 A team of Polish assassins sent to kill him even tracked him down to the Silver Towers apartment block in Queens. Pictured the assassins' surveillance map.IPN

Eventually, well-paid work was arranged for Goleniewski. He and Irmgard were given new identities and they lived in Queens, New York, in a safe apartment building.

Security was an issue as he had been sentenced to death in absentia by a Polish court. A team of Polish assassins sent to kill him even tracked him down to the Silver Towers apartment block in Queens, but got no further in identifying him.

Goleniewski and Irmgard’s lives changed rapidly for the worse when in December 1961 there's another defection from the Soviet bloc. 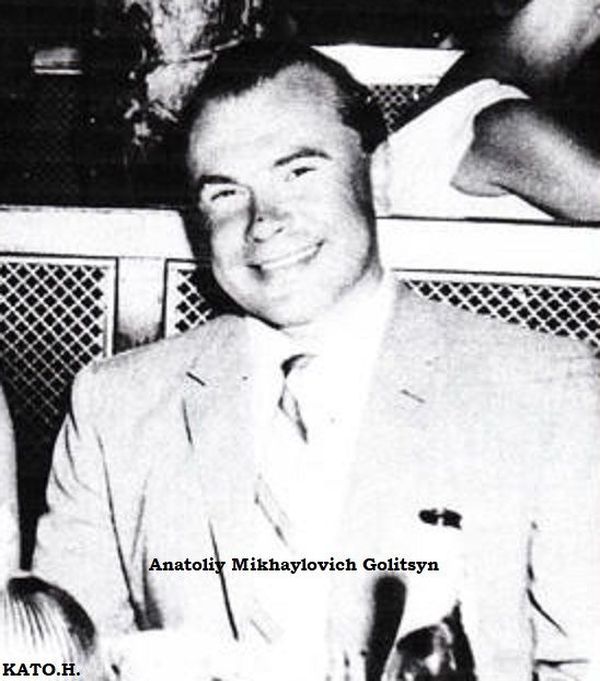 “Anatolij Golitsyn was a low to middle ranking KGB officer. He didn't have much to offer. But he was incredibly demanding. He was a diva from day one. He insisted that he is the only true defector, anyone that came before or after him was false, a KGB provocation,” said Tate.

He would become Goleniewski’s nemesis. James Jesus Angleton, CIA head of counter-intelligence, decided that Golitsyn was telling the truth and therefore anyone who wasn't Golitsyn and any other defector was false.

This was the start of Goleniewski’s descent into madness. The CIA started to put pressure on him. “The CIA deliberately played quite cynical mind games to destabilise him,” said Tate.

“The CIA then cut him off without a penny. He and Irmgard are living in New York, they're having to pay rent on their apartment. She is ill, so they have to find money for hospital bills, but they are not allowed to work.” 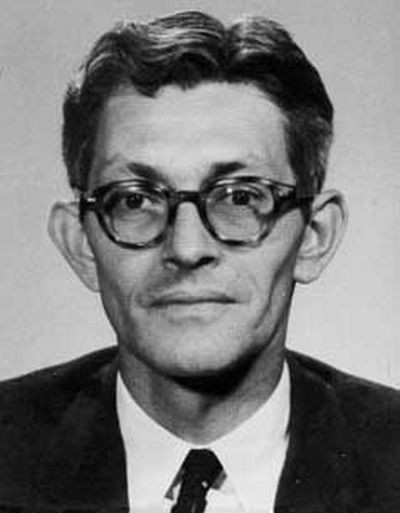 Goleniewski, desperate for money, and psychologically unbalanced, declared that he was Prince Alexei Romanoff, the son of the last Tsar of Russia.

However, the US was in the grip of what was dubbed Romanoff fever. In 1963, a woman turned up in New York claiming to hold the memoirs of Anastasia Romanov who had miraculously survived the execution of the Imperial Russian family.

There was also talk of a vast fortune waiting for the true heir of the Romanoffs. Goleniewski saw this as a huge opportunity. 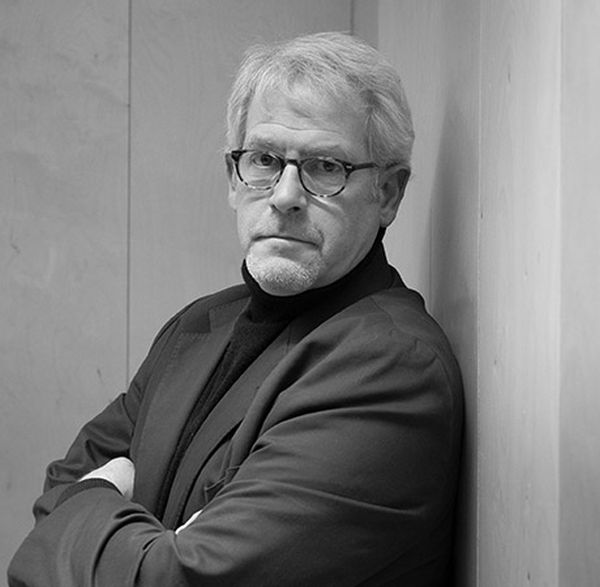 Tim Tate, an author and investigative journalist for over four decades, reveals the secret history of this enigmatic man in his new book The Spy Who was Left Out in the Cold.Tim Tate

He decided to re-marry Irmgard in New York in the Russian Orthodox Church, but this time under the name Alexei Nikolayevich Romanoff, son of Nicholas and Alexandra Romanoff.

A few hours after the wedding, their daughter was born, which they named Tatiana Romanoff.

Goleniewski started making other wild claims. For example, that a New York reporter was in fact Reinhard Heydrich, deputy of SS boss Heinrich Himmler who had been assassinated in Prague in 1942.

He also claimed that Henry Kissinger was a member of a communist fascist underground network. 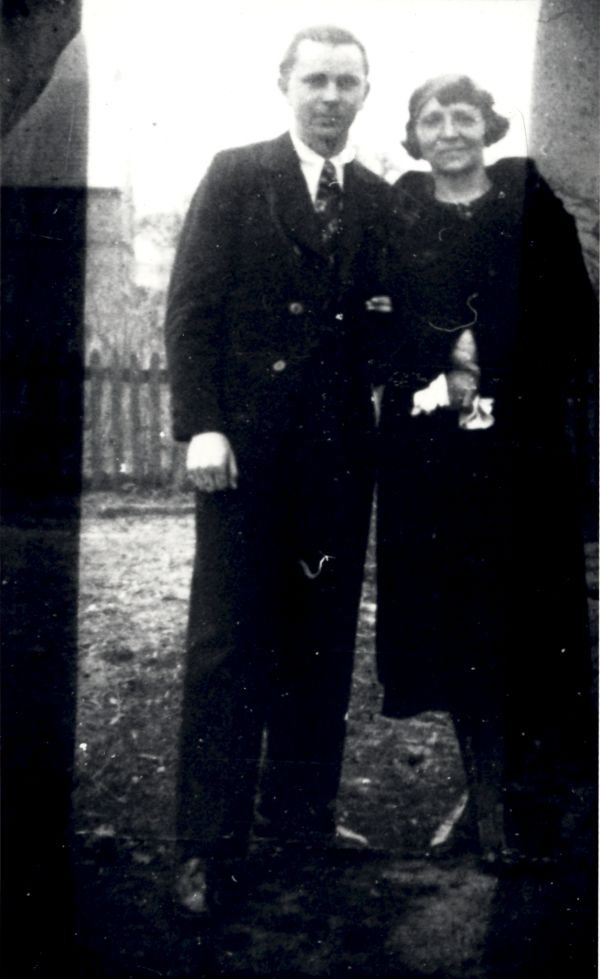 The only person Goleniewski kept in contact with was his mother. IPN

Goleniewski lived the rest of his life regarded in public, under his assumed identity, as a broken fantasist, and by the CIA as an embarrassment who they erased from history.

Tate believes that this erasure can be seen in the lack of information about his death in a New York hospital in 1993.

“I've been a journalist for 40 something years, and I know where to look for information. But I just cannot find an official record of his death,” Tate says. 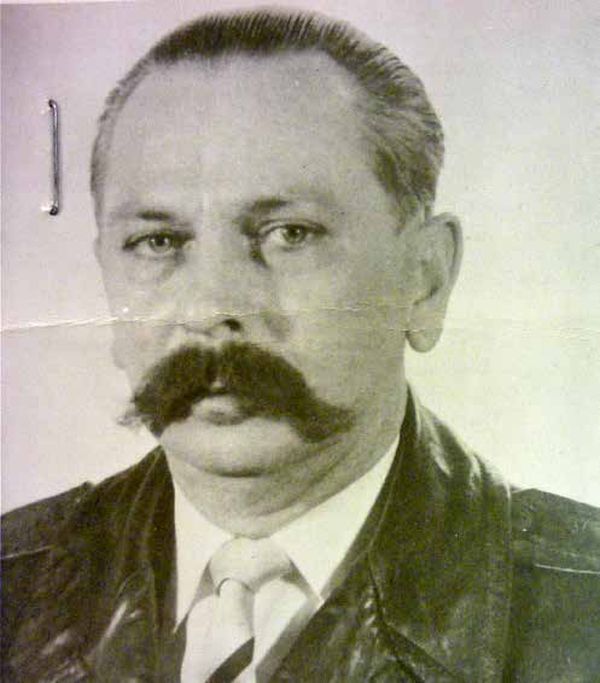 Spiralling into mental illness, Goleniewski claimed to be Alexei Romanoff, the son of Tsar Nicholas II, whose family was murdered by the Bolsheviks in the Russian revolution.IPN

Although the book reveals more than has previously been known about this fascinating and enigmatic figure, there is much that remains unknown about him. What he was like as a man, a husband and a father still eludes the author.

“He was able and willing to walk away from his family in Poland, without it would appear so much as a backward glance. There's no evidence that when in the West he ever tried to contact them. The only person he tried to stay in touch with was his mother,” he says.

“But at the same time he was clearly absolutely devoted to his daughter in the US, Tatiana. These are massive contradictions” 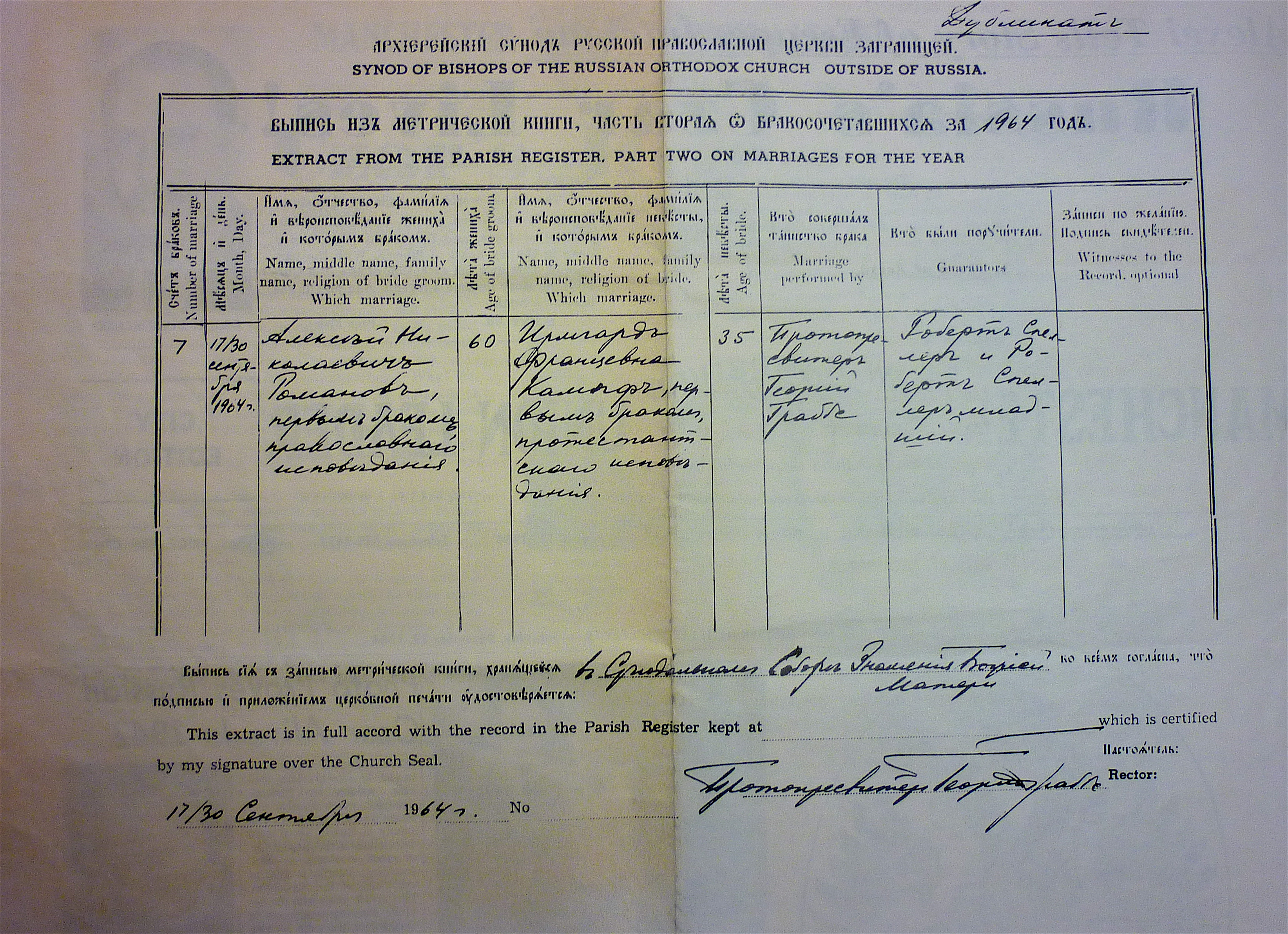 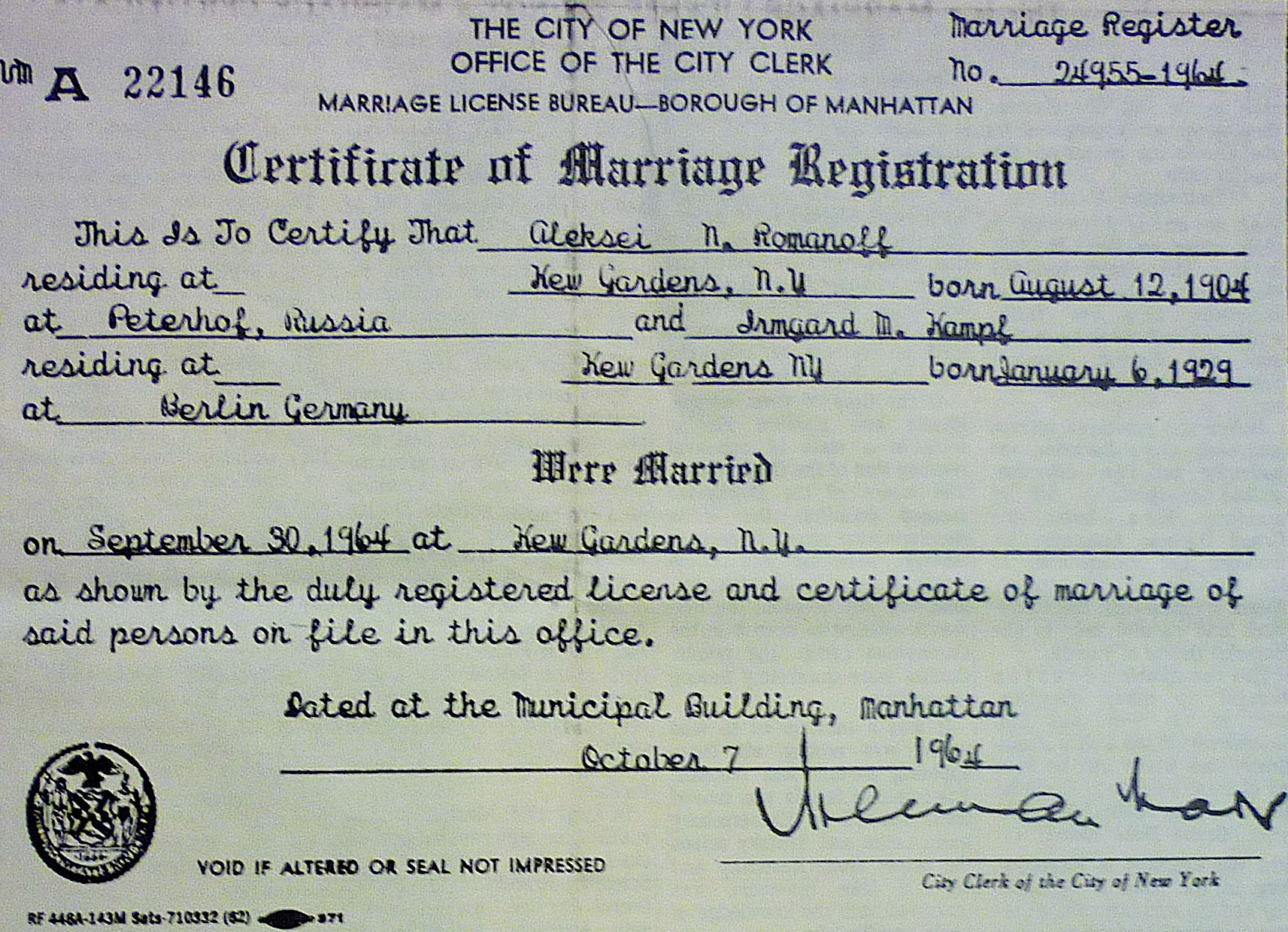 The spy later decided to re-marry Irmgard in New York in the Russian Orthodox Church, but this time under the name Alexei Nikolayevich Romanoff, son of Nicholas and Alexandra Romanoff.Queens County Register office, New York City

So who was Michał Goleniewski?

“I think it's easier to say who he was not. What is absolutely unquestionably cast-iron 100% true is that he wasn't Alexei Romanoff.”

The Spy Who was Left Out in the Cold is published on Thursday May 27th by Penguin books.

Nato chief says Patriots needed in both Poland and Ukraine