Two of the stars helping out on Harry and Meghan’s big day are of Polish heritage.

The wedding cake, reported to be costing Kensington Palace around 250,000 zł (60,700 EUR) was made by American-born Claire Ptak, whose grandmother is Polish.

She has fondly noted the cooking influence her Polish Illinois grandmother has had on her career – particular the cheese kołaczki she would send the family in California.

The wedding cake is a departure from the traditional, and many credit Markle’s Californian roots as a source of inspiration. In order to reflect the spring nuptials and the Royal Family’s new modern direction, the butter-cream, lemon and elderflower creation will replace the more staid fruit cake.

Her ‘Violet Bakery’ has become a favourite among the London set, with Nigella Lawson and Jamie Oliver both giving their ringing endorsements. Her Instagram account documents her colourful homely creations.

Ptak said she was delighted at being involved in the big day. 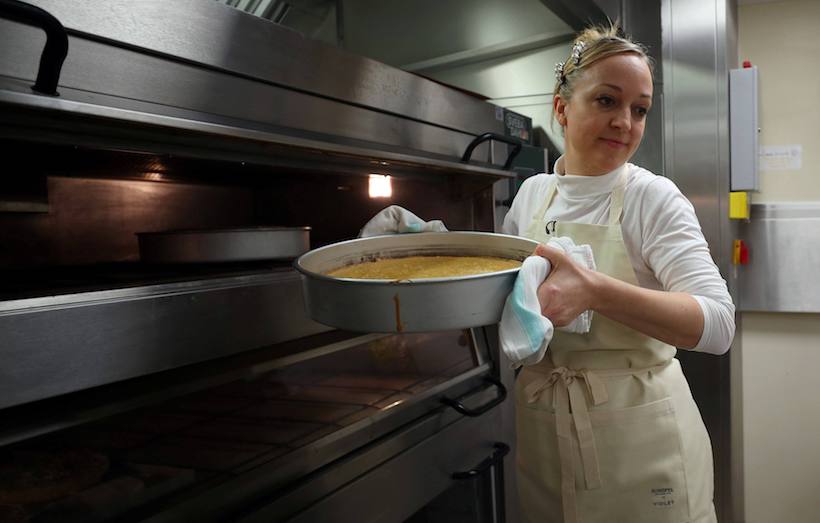 Claire Ptak, owner of Violet Bakery in Hackney, east London, carries part of the cake for the wedding of Prince Harry and Meghan Markle out of the oven in the kitchens at Buckingham Palace in London

“Knowing that they really share the same values as I do about food provenance, sustainability, seasonality and most importantly flavour, makes this the most exciting event to be a part of,” she said.

And then there’s fashion photographer Alex Lubomierski, who took the couple’s engagement photos.

On hand to take official snaps of the day, Lubomierski descends from the noble House of Lubomierski.

In interviews he has said that he could actually be addressed as ‘His Serene Highness’.

The fashion photographer had a cosmopolitan upbringing – his mother is Peruvian-English and he spent some of his childhood in Botswana.

During his standout career, he has worked under the instruction of fashion photography great, Mario Testino, and snapped a host of A-list celebrities.

Of the wedding he said: "I could not be more thrilled or honoured to photograph this historic occasion.

“Having taken Prince Harry and Ms. Markle's engagement photos, it brings me such joy to be able to witness again, the next chapter in this wonderful love story."

Pfizer to slow supplies of Covid vaccines to Poland - official