‘The poor aren’t just hungry on Saturday or Wednesday, they’re hungry throughout the week’: charity battles the virus to feed Warsaw’s hungry

Approaching their third anniversary of operations, a Sikh-run charity has won a new wave of plaudits after choosing to carry on through the lockdown and continue with their mission of feeding Warsaw’s poor.

“Despite the situation with the coronavirus, stopping never even entered my head,” says Charanjit ‘Toni’ Walia, founder of the Warsaw SEVA association. “After all, it’s times like this that we’re needed the most.” 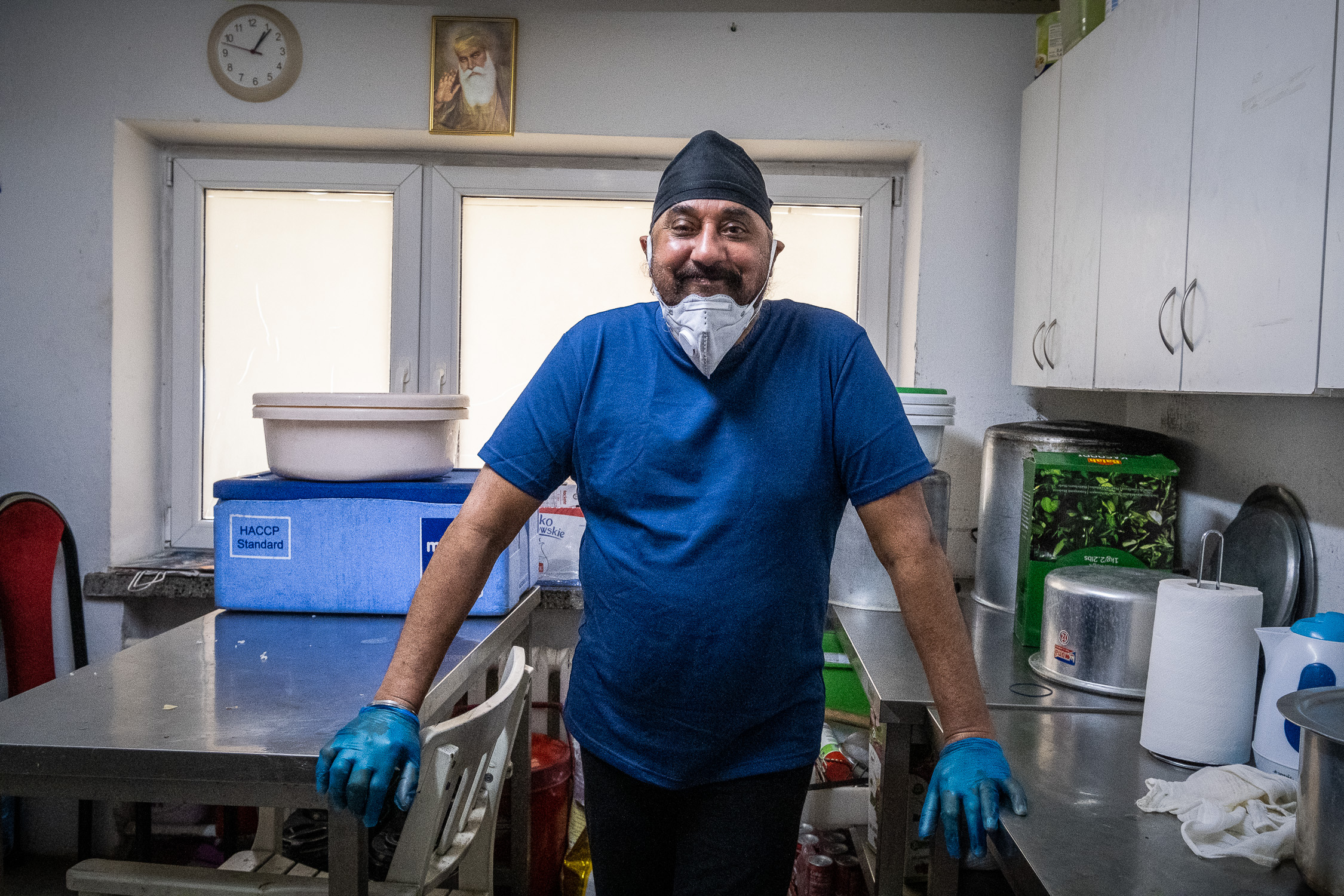 Established in May, 2017, Walia’s humanitarian project was born from what he saw as his religious duty to help those less fortunate. Formerly a popular restaurateur known for his trademark turban and larger-than-life personality, the 2014 sale of his much-loved downtown restaurant allowed Walia the opportunity to reassess his calling in life.

“I had wanted to start the Warsaw SEVA long before 2017,” he tells TFN, “but having the restaurant made it impossible – some would have seen running a food charity as a way of promoting the restaurant and that would have been counter to the whole philosophy of SEVA. Basically, it had to be one or the other.” 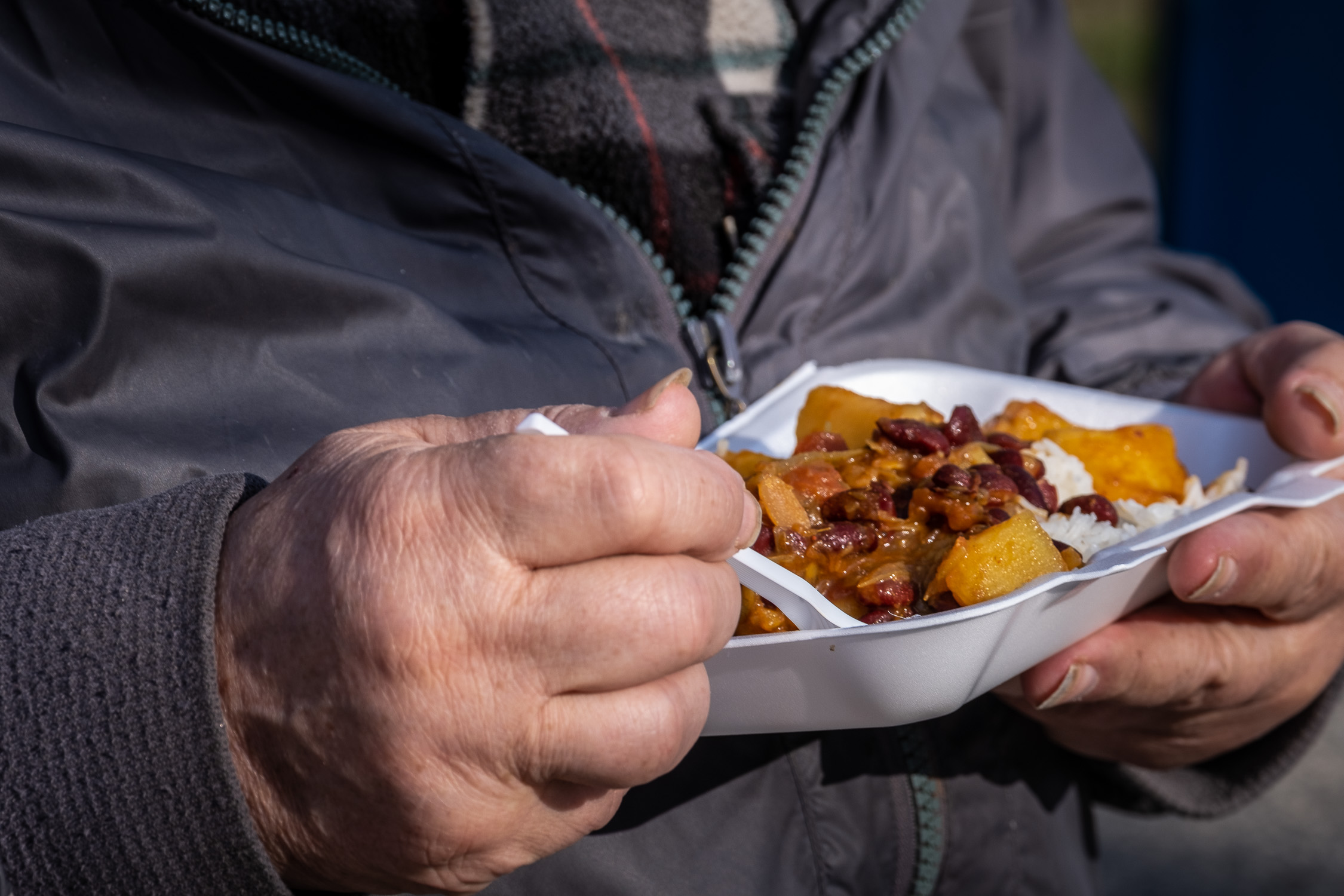 The food can take up to three-and-a-half hours to be prepared.Kalbar/TFN

With the restaurant finally sold, further choices awaited. Residing in Poland since 1995, Walia toyed with the idea of moving to India to fulfil his charitable goals. Eventually, however, it was Poland that won out.

“In my younger years I never imagined I’d be doing this in Warsaw,” he says, “but the fact is I’ve had a very good life here. It’s here that I earned my money, so I figured it would be right to give something back to the city that gave so much to me.” 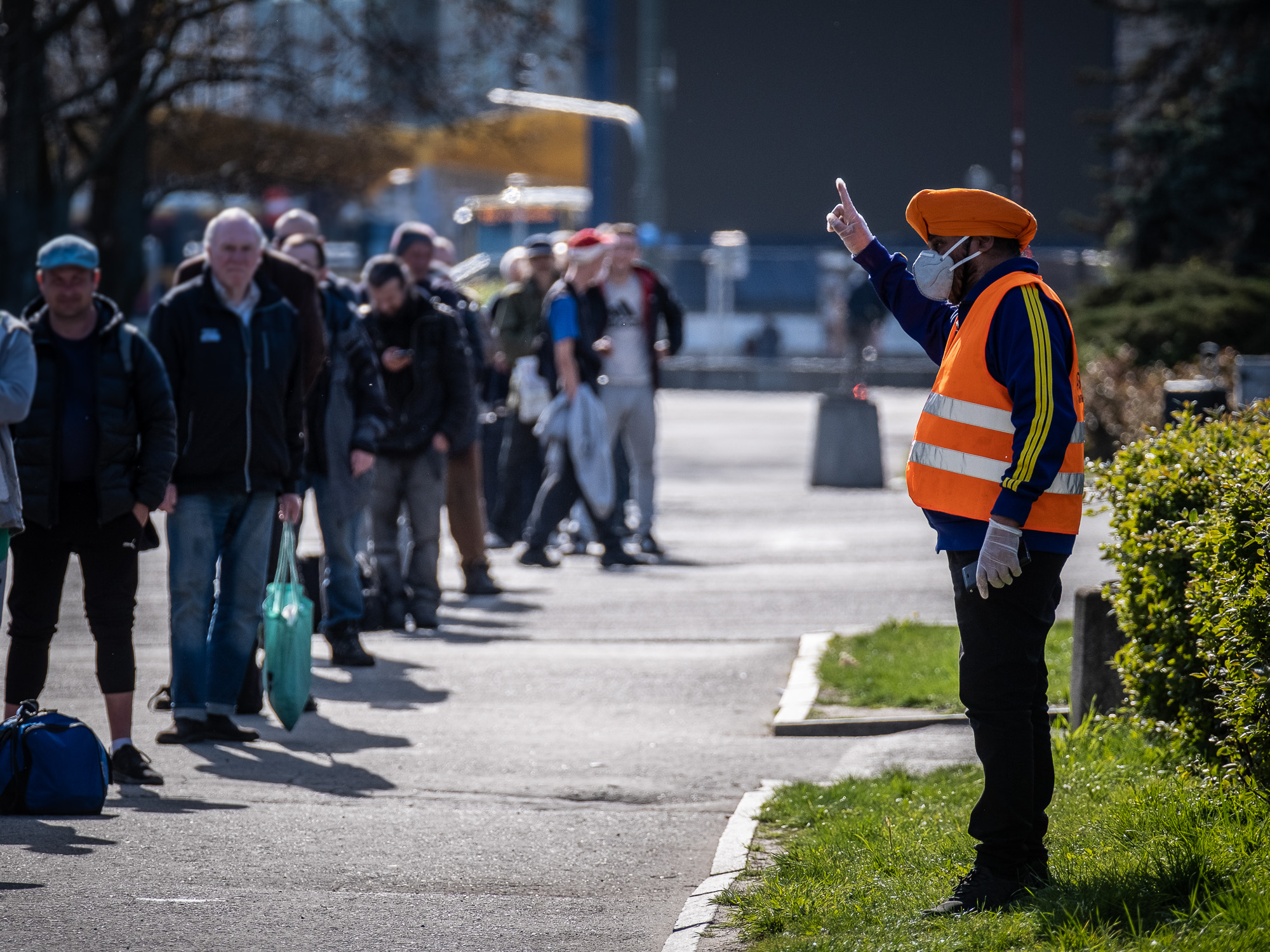 The team of volunteers now serve food six times per week in locations across the city with weekends attracting as many as 300 people.Kalbar/TFN

Originally serving vegetarian Indian food once a week in the shadow of the Palace of Culture & Science, word of Walia’s work soon spread around town and not just amongst the needy. Donations of food and money began trickling in, allowing the Warsaw SEVA to expand the scope of its activity.

“We don’t sit on our funds,” says Walia. “The poor aren’t just hungry on Saturday or Wednesday, they’re hungry throughout the week so one of our big aims has been to provide for them as often as possible.” 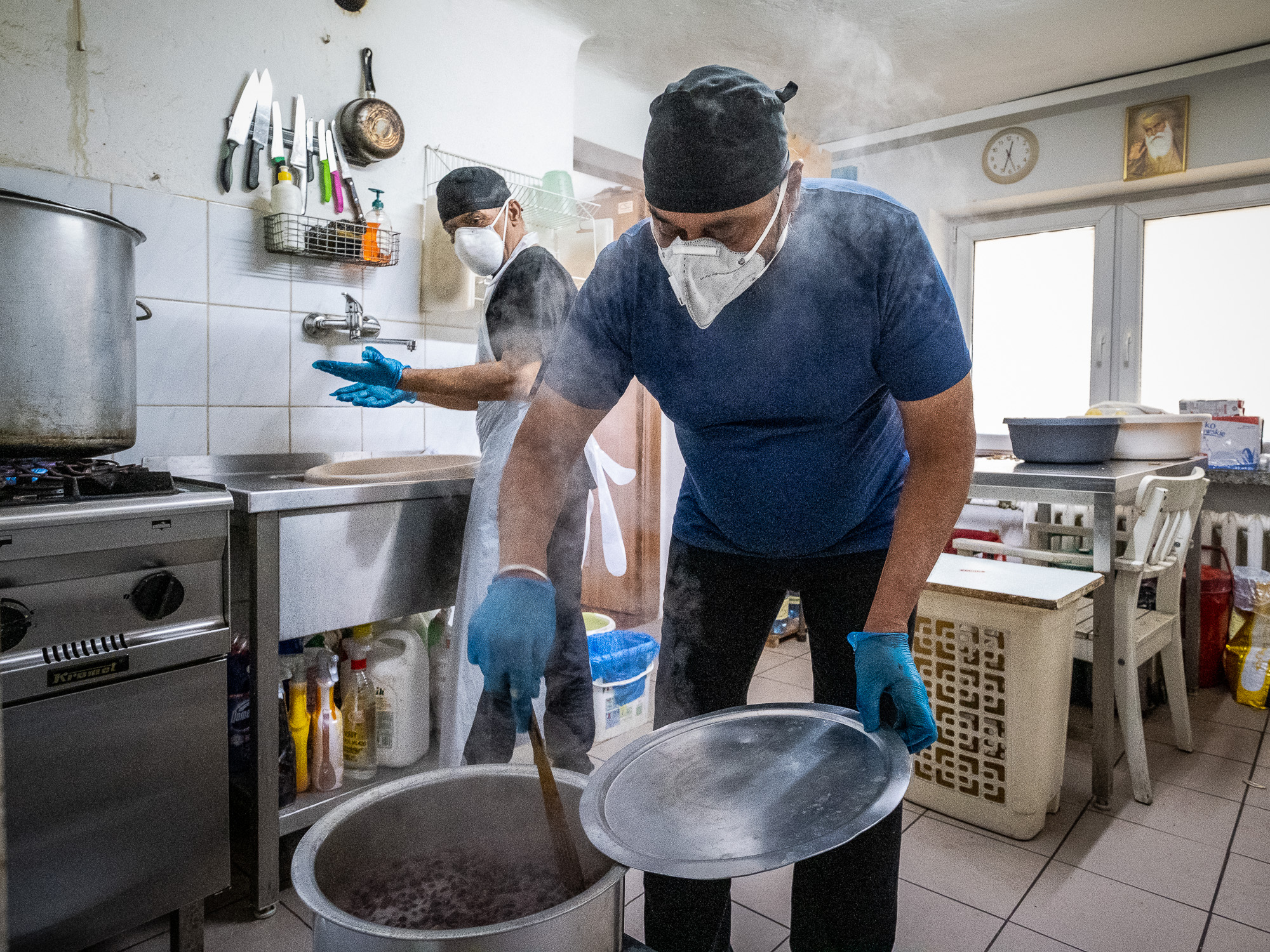 The weekly shopping list includes 30 kilos of rice, 30 kilos of potatoes, 15 kilos of onions, 10 kilos of lentils and five litres of oil.Kalbar/TFN

Initially functioning solely on Sunday, Walia and his team of volunteers now serve food six times per week in locations across the city with weekends attracting as many as 300 people. “We’ll cook around 350 meals in advance,” he says, “and we won’t go until it’s all gone.”

Taking anything from two to three-and-a-half hours, food is prepared beforehand in a kitchen in the satellite town of Raszyn, with Walia estimating his weekly shopping list to include 30 kilos of rice, 30 kilos of potatoes, 15 kilos of onions, 10 kilos of lentils and five litres of oil. “With time, we’ve honed the cooking process to a fine art,” says Walia. 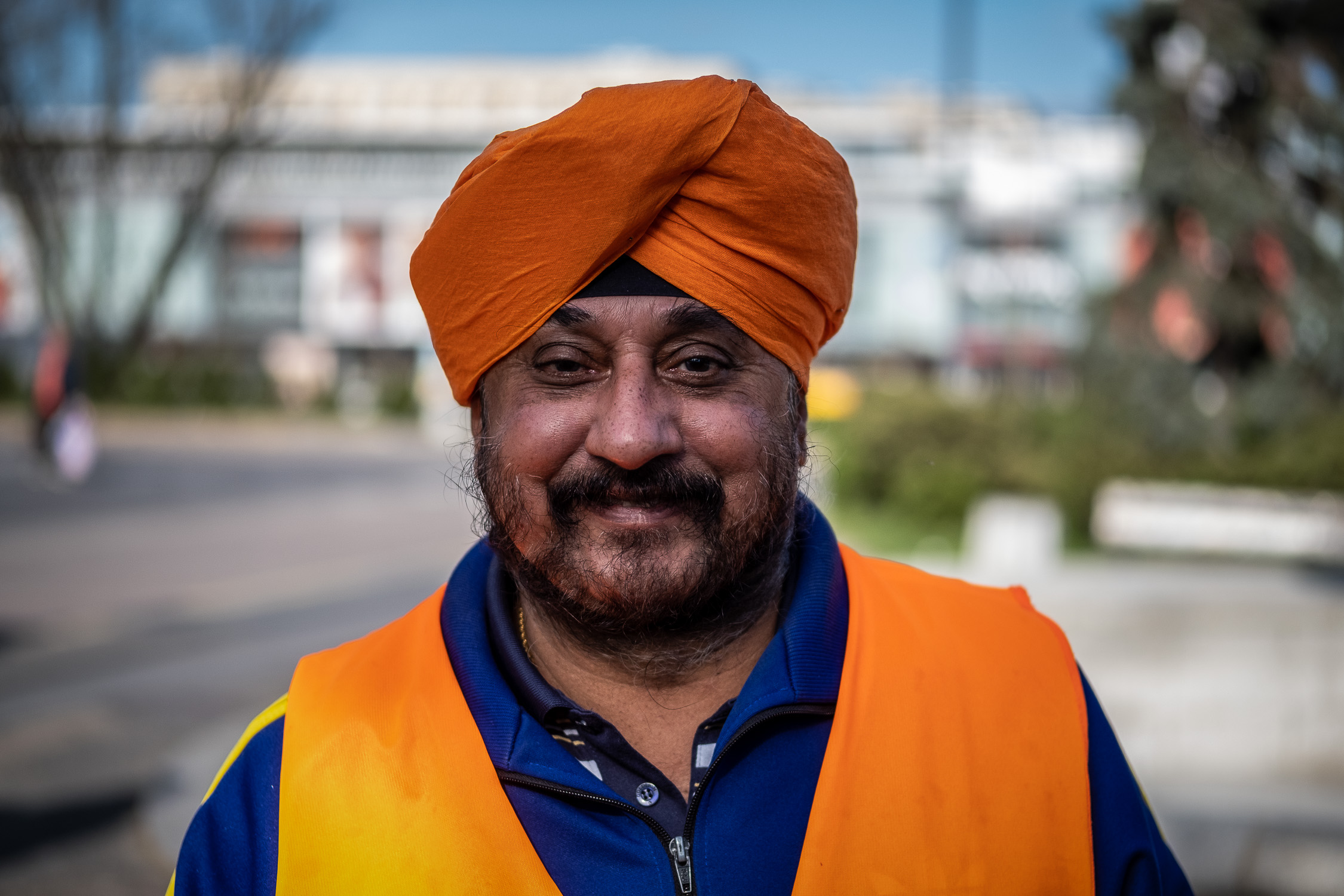 “We’ll cook around 350 meals in advance and we won’t go until it’s all gone,” says Walia.Kalbar/TFN

New government regulations, meanwhile, could yet give the Warsaw SEVA a further boost. “By law you can no longer throw away edible food,” says Walia, “so we’re already trying to come to an arrangement with a local supermarket to access their surplus stock.”

Adhering to the motto that every person should be entitled to a hot meal, the underlying principals of SEVA make it an organisation that prides itself on its non-judgemental outlook. 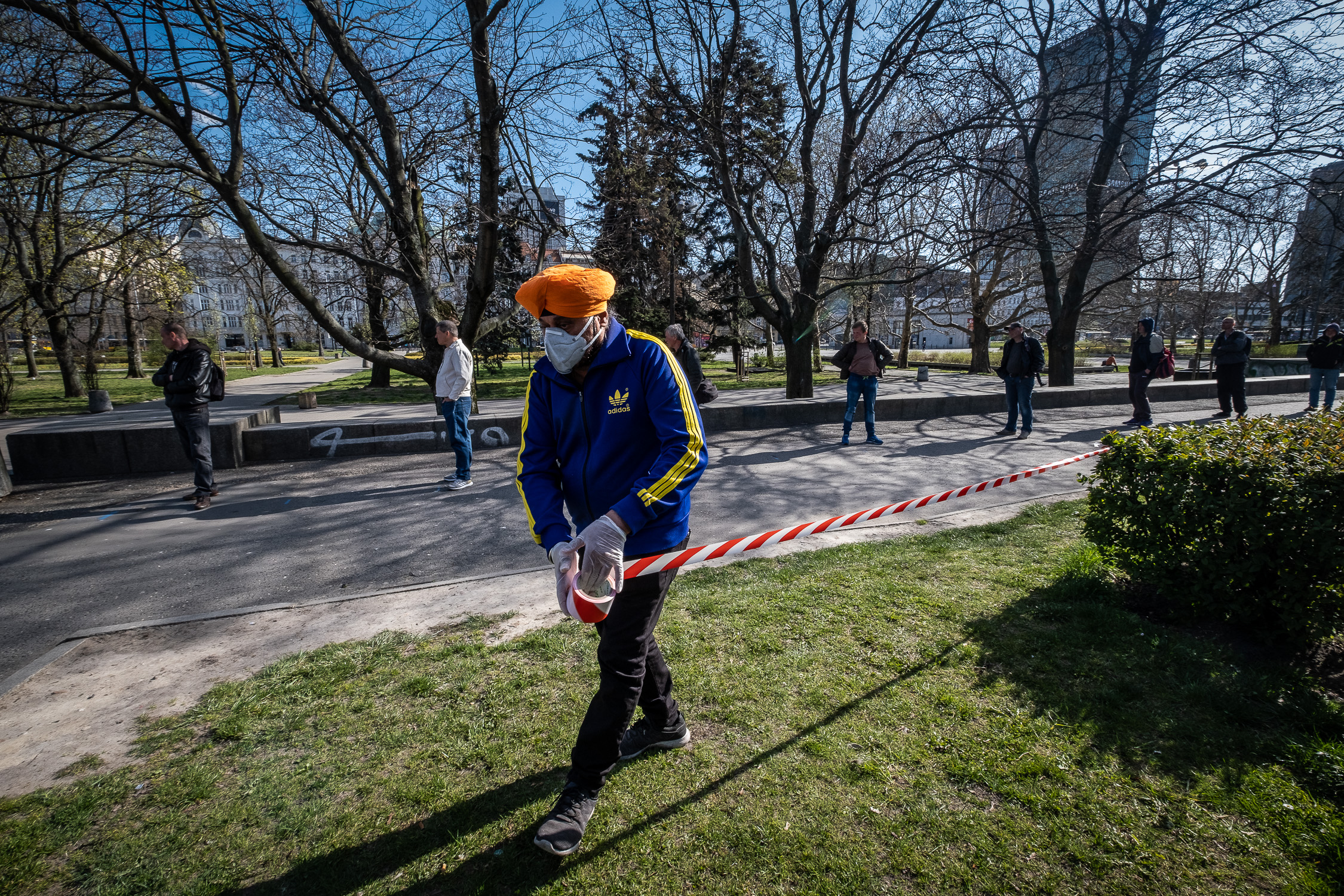 The charity has embraced social distancing measures to ensure the safety of both its visitors and volunteers.Kalbar/TFN

“We don’t distinguish,” says Walia. “Many people who we feed are homeless, but there’s also some people with homes, others with jobs. But the bottom line is that they’re still all in need in one way or another. If there’s an exception we make, it’s not to feed drunks. If you’ve got money for alcohol then you have money for food.”

Working throughout the year in all conditions, not even the preparations for a planned visit by President Trump could put a stop to the Warsaw SEVA. “When the roads were blocked off,” recalls Wali, “we simply manually hauled all of our food and equipment to the Palace of Culture.” 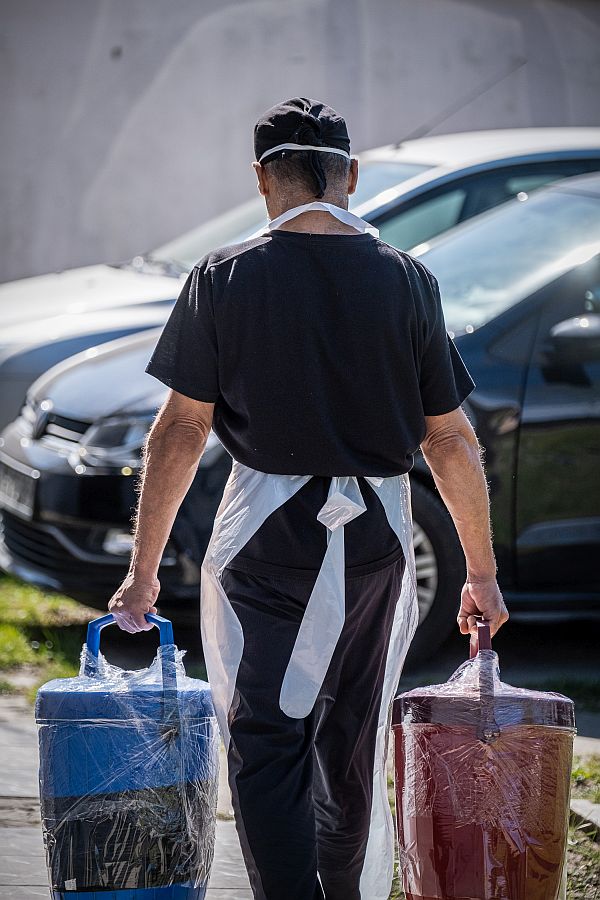 “But the bottom line is that they’re still all in need in one way or another,” says Walia.Kalbar/TFN

Coronavirus has brought a new set of challenges, and Walia has been quick to react by ensuring the strictest hygiene and social distancing measures are maintained to ensure the safety of both his visitors and volunteers. At no point has cancellation been on the cards.

“A lot of the people that visit us are desperate,” he says. “Before they’d have been looking in the bins for extra food, but right now we’re not seeing that much being thrown away. If we didn’t do this many people would have anything to eat.” 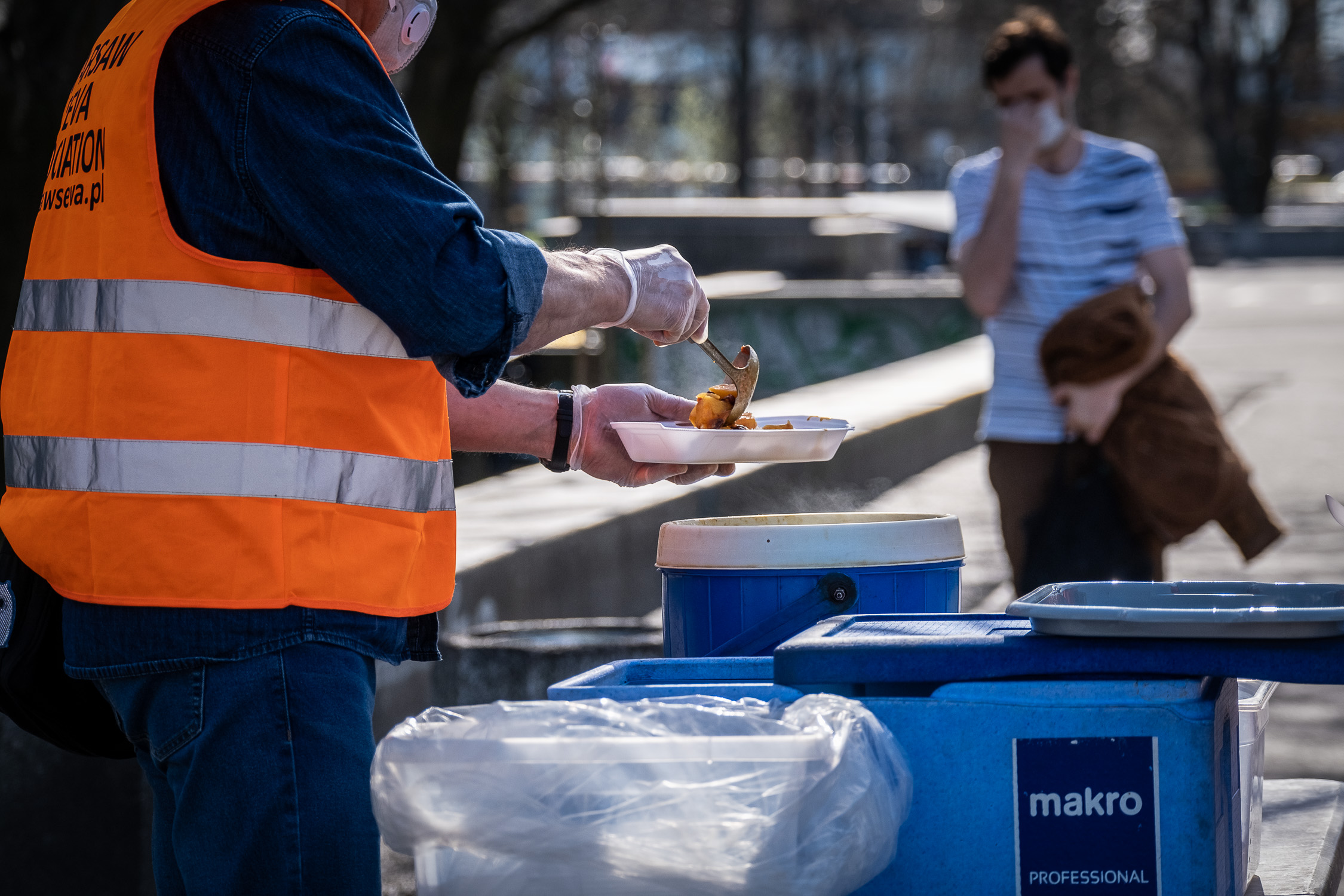 Despite the virus the charity has never contemplated letting the poor go hungry.Kalbar/TFN

As noble as the Warsaw SEVA’s reaction has been, this could yet be but the beginning. Already, Walia is quietly confident that by the year’s end it will operating seven days a week, whilst ultimately, hopes are high for the establishment of a bricks-and-mortar venue which people could visit throughout the day.

“Right now we have to go onto the streets to find the needy,” he says, “so having a proper address would allow them to come to us whenever they wanted.”