ECM stands for Editions of Contemporary Music and the name is right. You will find both jazz and classical music on its recordings, performed by the world’s finest artists. This prestigious record label (recording for ECM makes you part of the jazz aristocracy) was founded in Munich on November 24, 1969 by German bass player and producer Manfred Eicher.

To this day ECM has made over 1,600 albums and created an easily recognizable individual style. A style that is defined by deep focus, light reverb, superb musicianship and a mood of reflection – both lyrical and full of anger. In ECM’s music there is lots of space and a very generous approach to time.

The famous motto associated with ECM almost from the beginning was “The most beautiful sounds next to silence”. It was conceived by a recording engineer, Jan Erik Kongshaug of Norway, whose recording studios – especially the famous Rainbow in Oslo – and artistic attitude to recording were as much responsible for the label’s unmistakable sound as Manfred Eicher’s vision. Today the company announces “Directions in music and sound since 1969”. Fifty years of creating pure beauty.

Among the most renowned artists associated with ECM are pianist Keith Jarrett (his legendary live album ‘The Köln Concert’ from 1075 was the company’s commercial breakthrough) and guitarist Pat Metheny, both Americans, saxophonist Jan Garbarek from Norway, German bassist and composer Eberhard Weber and a legion of others. Label’s catalogue is filled with the works of the best and most original musicians of Scandinavia, as they seem to fit exactly into Manfred Eicher’s idea of sound. 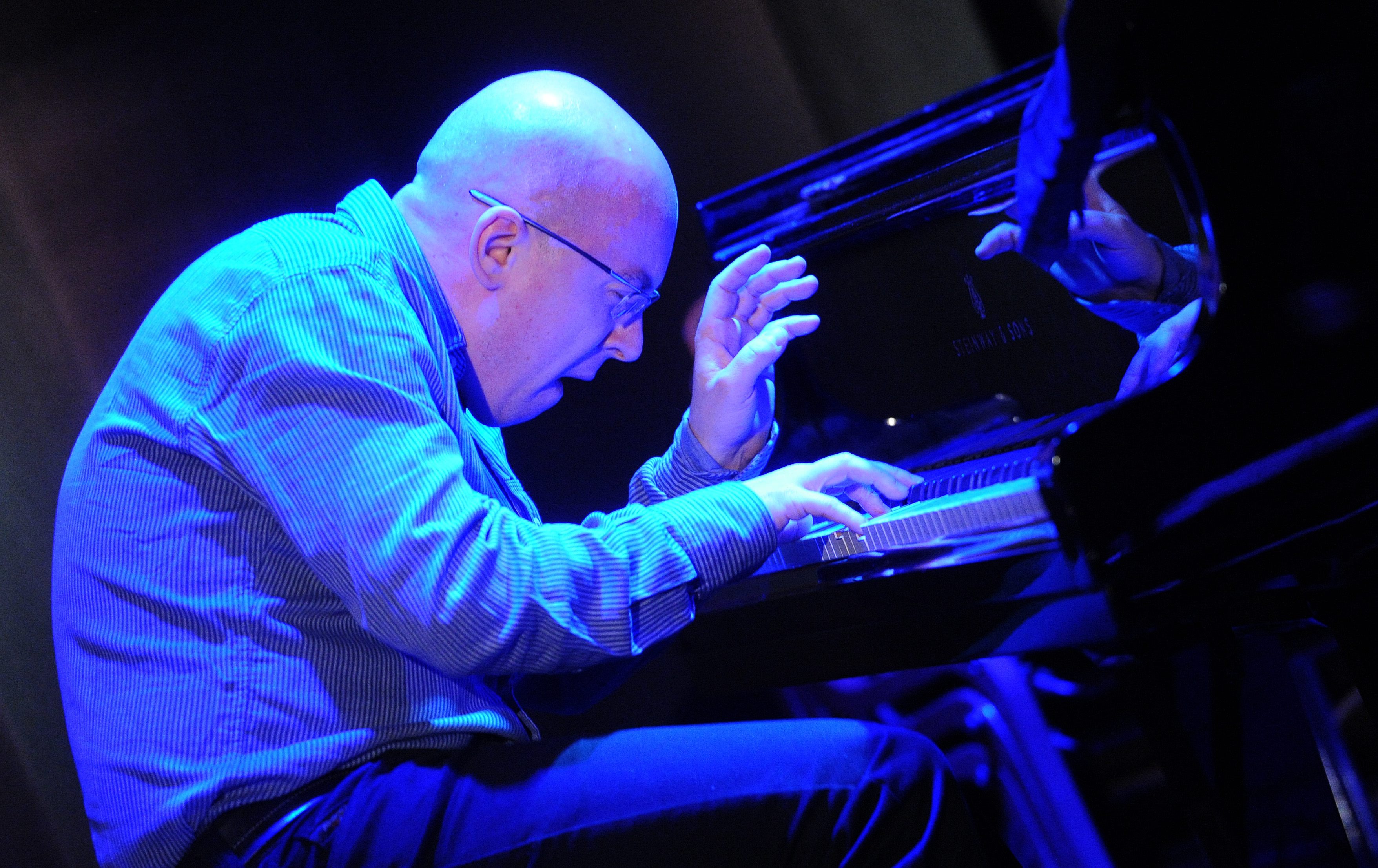 There are several important recordings by Polish artists. The first among them was Tomasz Stańko, the trumpeter, whose affiliation with ECM started as early as 1976 with the recording of ‘Balladyna’ with his international quartet. There were other albums over the years, including ‘Litania: The Music of Krzysztof Komeda’ (1997), but his best work for ECM was recorded with his Polish quartet: Marcin Wasilewski (piano), Sławomir Kurkiewicz (double bass) and Michał Miśkiewicz (drums). It seems only natural, that when Tomasz Stańko disbanded this lineup, these superb Polish musicians remained at ECM as the Marcin Wasilewski Trio and have recorded five albums to date (including a recent live edition from 2018). Meanwhile the always changing Tomasz Stańko put together other bands with his New York Quartet crowning a career spanning more than fifty years of artistic activity. After ‘Wisława’ (2013), inspired by a Polish poet awarded the Nobel Prize in Literature in 1996, Wisława Szymborska, Stańko recorded for ECM his swansong, ‘December Avenue’.

One of the latest editions to the ECM catalogue is a Polish-Norwegian quartet of alto saxophonist Maciej Obara, with pianist Dominik Wania and a Scandinavian rhythm section of Ole Morten Vågan (double bass) and Gard Nilssen (drums). So far this international band has recorded two albums on ECM – the new one, titled ‘Three Crowns’, after a picturesque Polish mountain range, came out a month ago.

There was a special celebration in Poland: ECM 50 Warsaw – a series of events that took place at Koneser, a beautiful mall located in an old vodka distillery in Stara Praga. There were meetings to attend and documentary movies to be seen, but – most of all – a series of wonderful concerts with ECM artists in performance (that gave me a déjà vu feeling of the old Jazz Jamboree days with a variety of styles and artists from all around the world). I particularly enjoyed the last night with two of the best Polish jazz groups: the Maciej Obara Quartet (amazing music, even better live than on the ECM album) and the Marcin Wasilewski Trio (performing parts of their last ‘Live’ album and also some new material not even titled yet). There was also a very interesting performance by the Italian free-jazz band the Giovanni Guidi Quintet.

It is all very well and we are very proud of “our people on ECM” (now there is a competing German record label offering a selection of great jazz, ACT Music, where we find the latest recordings of pianist Leszek Możdżer and violinist Adam Bałdych). My reflection is: ECM’s sound is so much like a lot of music we call Polish Jazz. There are many artists in Poland whose music sounds like a perfect match for Manfred Eicher’s definition of sound. Sure, it is a distinction to record for ECM, but only a couple of days ago I was at the concert promoting the new recordings of our extraordinary composer-pianist Krzysztof Herdzin (with a guest appearance by American sax player Rick Margitza) and it sounded a lot like ECM. ‘The Book of Secrets’, as it is called, was issued by Warner/Polskie Nagrania as a part of the legendary ‘Polish Jazz’ series. But it would be as much in place on the ECM. 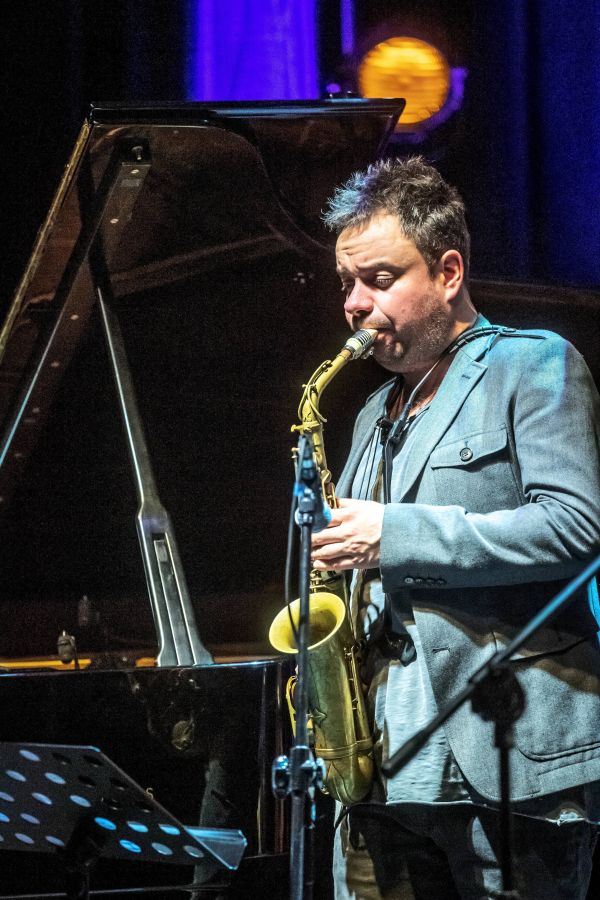 Another artist that naturally comes to mind is our guitar hero Marek Napiórkowski – all of his recent recordings would have easily qualified as the ECM sound, especially his last offering ‘Hipokamp’, exploring the sounds of analogue synthesizers through some excellent David Bowie covers. Our young violinists come to mind – David Lubowicz or Mateusz Smoczyński. Their music is ECM-ready. But ECM is not.

There is an official series of fifty “must have” ECM recordings, “touchstones” as they are called, and Poles are rightly disappointed not to find at least one album by Tomasz Stańko. But should we really be hurt? By what? By someone’s taste?

Fifty out of sixteen hundred is a very tough choice indeed. Especially with such an abundance of great, often timeless material. Tomasz Stańko seems indispensable for a Polish listener, and truly – some of his works (as ‘Soul of Things’ from 2002) are both original and timeless. But in my opinion there was a compromise to achieve – Stańko’s ‘Litania’ (1997), an album of music by Krzysztof Komeda recorded by the trumpeter with the cream of Swedish and Norwegian jazz masters (Bernt Rosengren among them, the tenor saxophonist who recorded with Komeda his world-famous music for Roman Polański’s ‘Knife in the Water’ back in 1962). This would not only be a nice gesture (we don’t need that, really), but a way of showing appreciation for both East European (Slavic) and Scandinavian jazz – two bird in one shot. Anyway, a little disappointed as I may be, I heartily recommend most of the famous label’s recordings.

The ECM’s Top 50 is a must and a good starting point to reach for more. So once you’re done with the Top 50 I suggest you go for Tomasz Stańko. And Marcin Wasilewski Trio. Or Maciej Obara Quartet. Our people on ECM.