Study.ua is a Kyiv-based private school that switched from preparing students for studying abroad to a free online school available for all Ukrainian children suffering from Russian aggression.

More than 48,000 Ukrainian pupils attend the online school, including a lot of children currently living in Poland.

According to the UN, nearly 2 million children have left Ukraine because of the Russian invasion. 2.5 million children are considered internally displaced inside Ukraine. Most Ukrainian schools are closed due to constant threats of missiles.

According to the official data, in the first two weeks of the war, of the $350 mln collected in the account of the National Bank of Ukraine in support of the armed forces, most was donated by Ukrainians. “But as the war goes on, more and more Ukrainians lose their income and an opportunity to donate,” Eugene says.

That's why the Aid Legion is calling for donors from the whole world to stand with Ukraine in this fight for freedom, he adds.

Eugene Kavaler who founded Aid Legion says it is somewhere between the large well-known foundations and small local charity groups. “As their ability to process people's requests during hostilities and act on them is limited, large foundations get overloaded.

“Small ones are usually fast and enthusiastic but sometimes lacking expertise in certain areas needed to run charity projects efficiently,” he says.

The foundation has a large network of volunteers and well-established logistics, enabling them to provide aid in the hottest spots of the conflict. 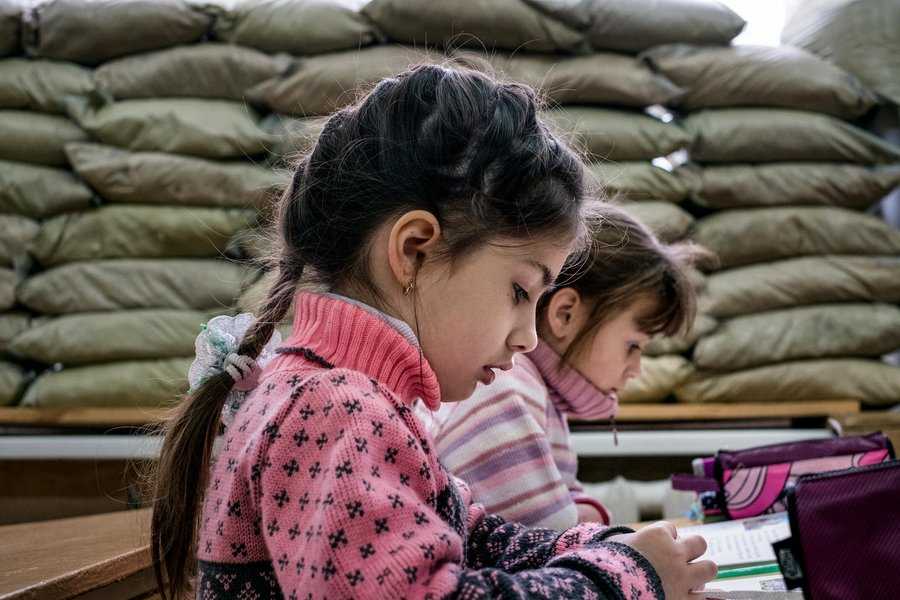 Study.ua is a Kyiv-based private school that switched from preparing students for studying abroad to a free online school available for all Ukrainian children suffering from Russian aggression.Aid Legion

“The foundation team is very deliberate and creative in choosing the charity projects. We also support the Armed Forces of Ukraine with body armour, helmets, drones and walkie-talkies doctors with a project at the Pirogov First Volunteer Mobile Hospital),” he adds.

"We help Ukrainian kids all over the world - those who are staying in Ukraine and those who left Ukraine because of war, so we make it for all Ukrainian children," says one of the foundation's members, Marta Kyrylyuk.

"When Aid Legion was founded, Eugene who is  responsible for procurement and logistics at Aid Legion received the first call about help and donations from a man called Domenic, so we can say that the first help came from Polish people," Marta says.

"After that, Dominic introduced Eugene to his friend Agnieszka, who is helping us right now with medical stuff," she adds.

"When we were trying to understand what is the fastest way to bring all the help (military and humanitarian) to Ukraine, the best way was to make it through the Polish border because it was fast and loyal, which means that the Polish government has done everything it could to help Ukraine," she continues.

“An optimistic, bold, and even a little ironic tone of voice is also something that makes Aid Legion stand out from other NGOs delivering aid to Ukraine,” says Anna Goncharova, who is responsible for the foundation’s promotion.

“We decided to be a no-drama foundation. We refused to terrify or ask for pity. We refused to push the guilt or shame buttons. We knew very well that this kind of communication motivates viewers from Europe and the US for nothing but closing the preroll,” Anna says.