A British secret agent working in Poland during the Cold War was a portly gentleman called James Bond who was “interested in women”, researchers have discovered.

Investigators at the Institute of National Remembrance (IPN) stumbled across documents showing that the man, whose full name was James Albert Bond, arrived in Warsaw on February 18, 1964, using the cover of secretary-archivist of the British Embassy's military attache. 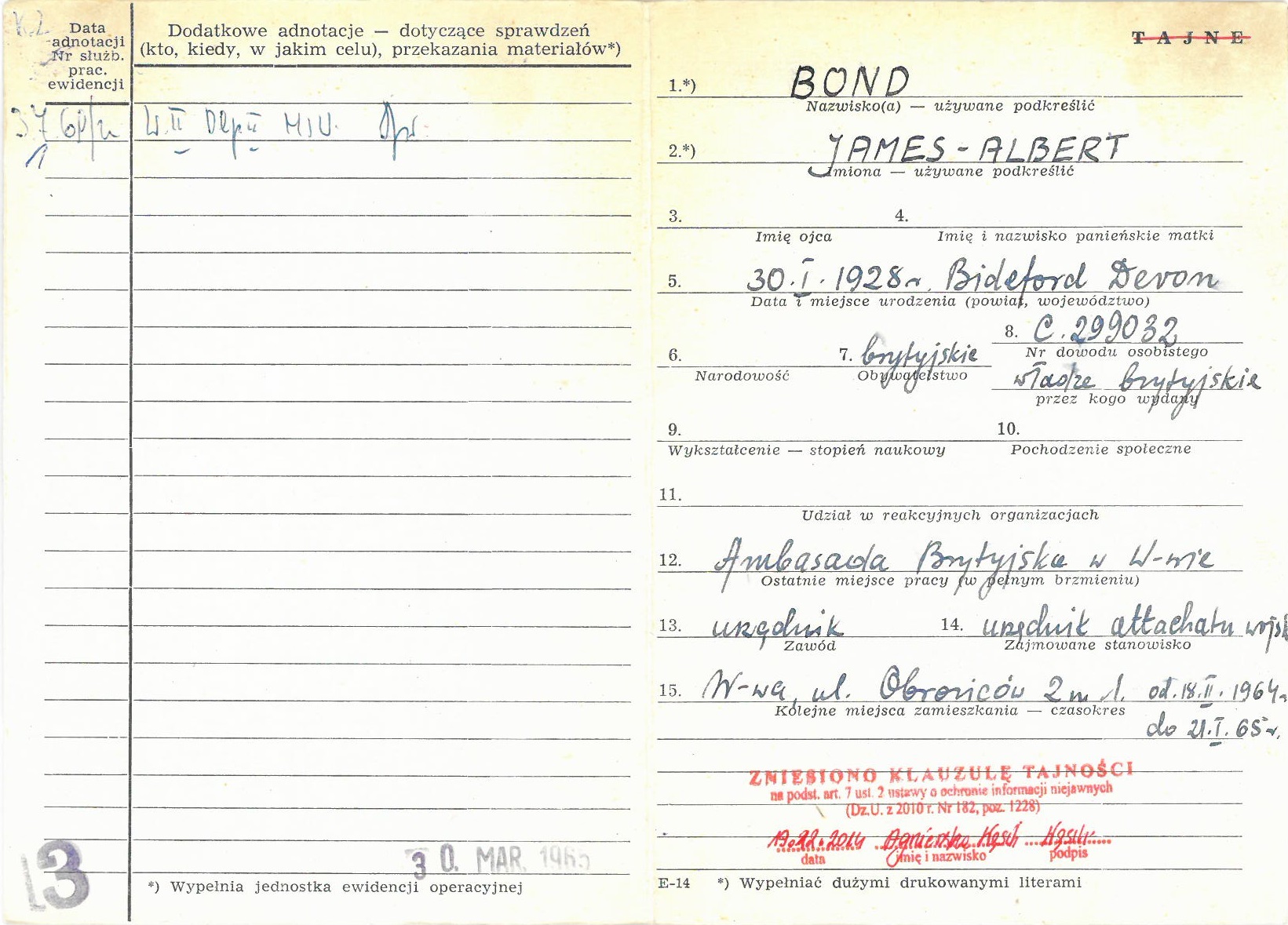 Secret documents show the man was placed under surveillance by the counterintelligence department of the Interior Ministry.IPN/Facebook

But according to the documents, his real mission was to ‘penetrate military facilities.”

Posting their discovery on Facebook, the IPN researchers said: “James Bond came to Poland on February 18, 1964. 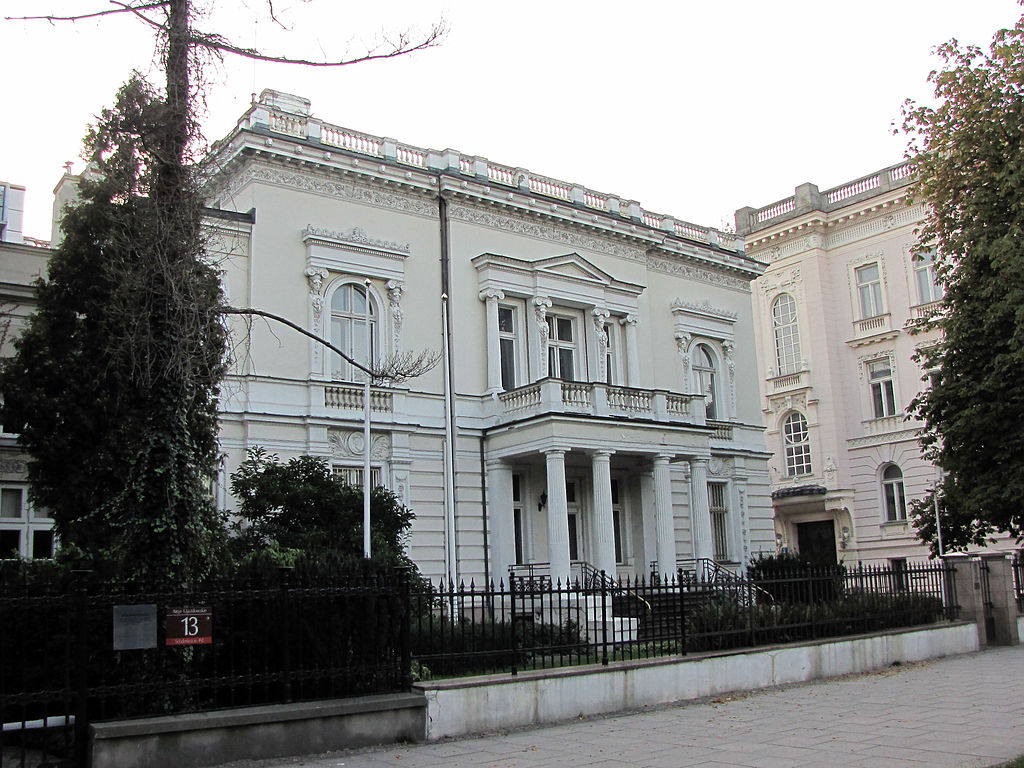 James Albert Bond arrived in Warsaw on February 18, 1964, and was assigned undercover to the then British Embassy.CC BY-SA 3.0 pl

“His official position is secretary-archivist of the British Embassy's military attache. The arrival of such a famous agent did not go unnoticed by the officers of Department II (counterintelligence) of the Ministry of the Interior.

“An operational surveillance case code-named "Samek" was established and he was placed under strict surveillance. 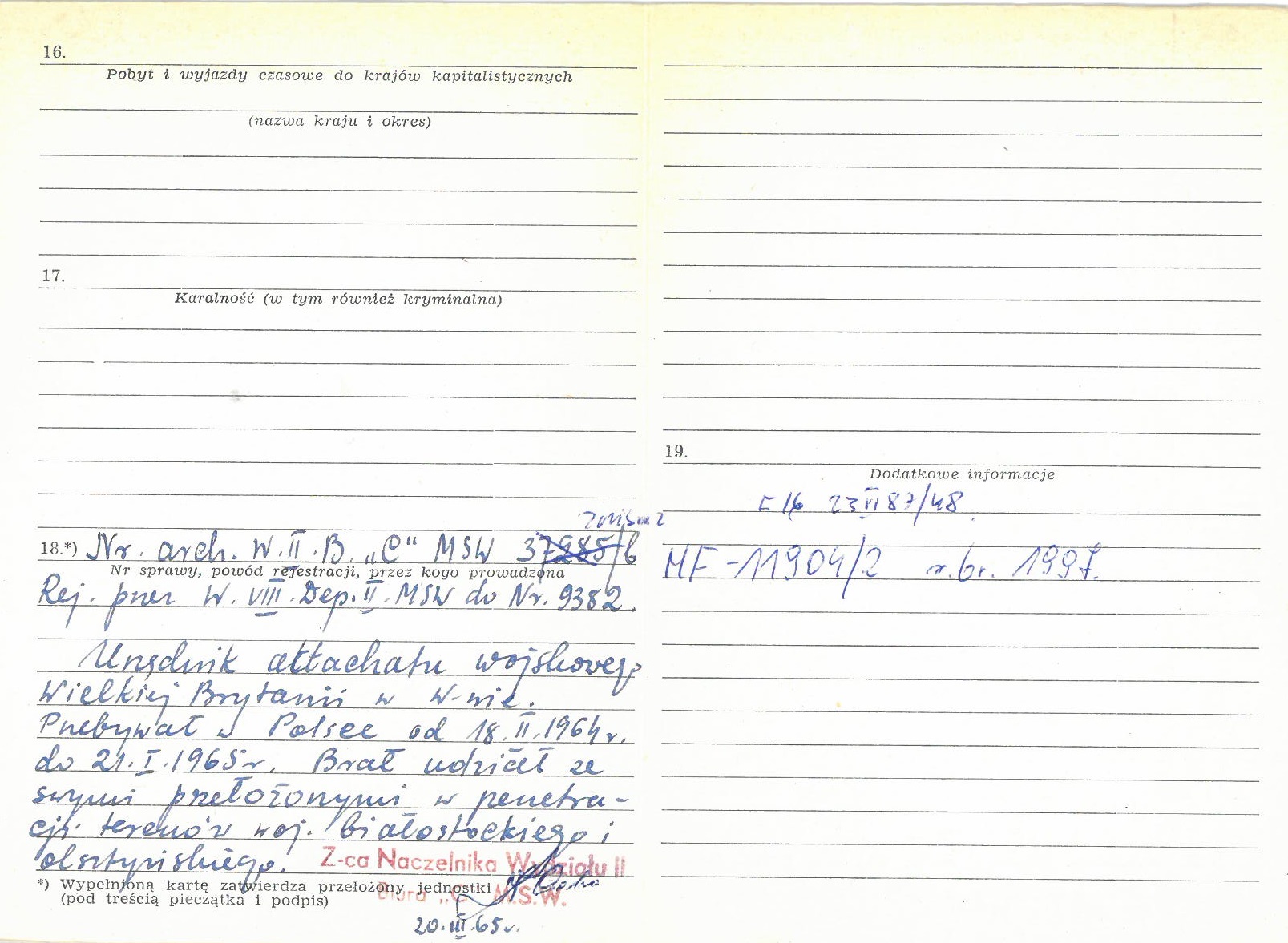 The documents also reveal that “In October and November 1964, he went with two attache employees to the Białystok and Olsztyn provinces to "penetrate military facilities." IPN/Facebook

“Bond was found to be talkative but very cautious and was interested in women.

“Contacts with Polish citizens - not found. In October and November 1964, he went with two attachae employees to the Białystok and Olsztyn provinces to "penetrate military facilities." 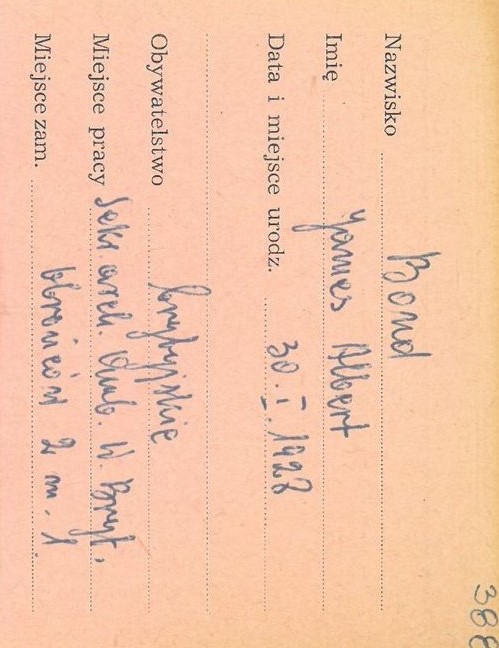 Born in Devon in 1928, the 36-year-old agent’s mission lasted less than a year.IPN/Facebook

Born in Devon in 1928, the 36-year-old agent’s mission however lasted less than a year.

The IPN said: "The observation of agent 007's actions probably did not go unnoticed, he probably said that there was no chance of gaining valuable information. 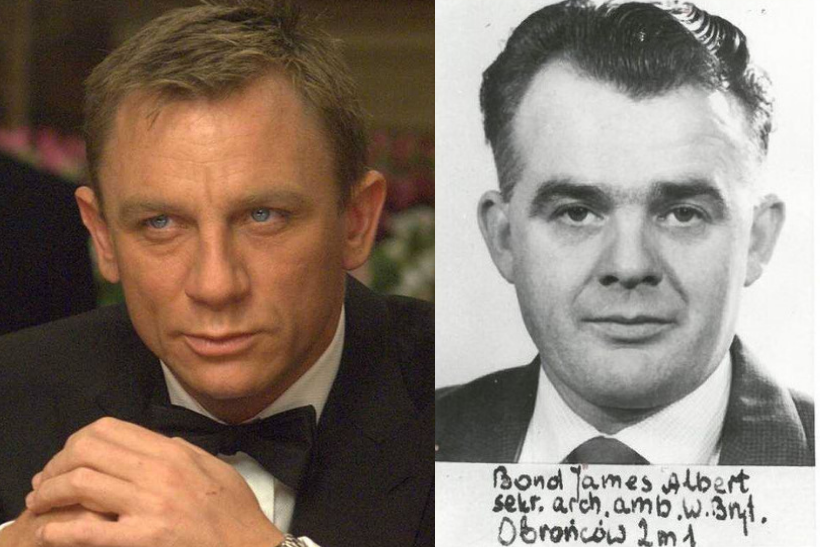 The real James Bond may not look like the fictionalised character portrayed by Daniel Craig, but like Ian Fleming creation, the real Bond was “interested in women.”IPN/Facebook/Omega

“Therefore, on January 21, 1965, James Bond left the territory of the Polish People's Republic.

“After his stay, there were still records and fragmentary documents concerning the operational observation.”