The music of love: the life and times of the operatic beauty who stole Chopin’s heart

She was Chopin’s muse, who inspired his beloved first piano concerto. She was also a rising soprano whose blue-eyed beauty and talent beguiled and entranced the besotted young Fryderyk. Yet, despite their intense feelings for each other, the young couple’s love was thwarted by circumstance and ambition.

Konstancja Gładkowska was impressive. In the press she was described as “a sturdy and shapely figure with a beautiful voice”. Already at the age of 16 she received a government scholarship for future opera singers. As a singer she was well-known, even popular – her name was emblazoned on posters for performances in Berlin.

She also appeared in Warsaw’s Grand Theatre, one of the most audacious architectural projects in Europe at the time. 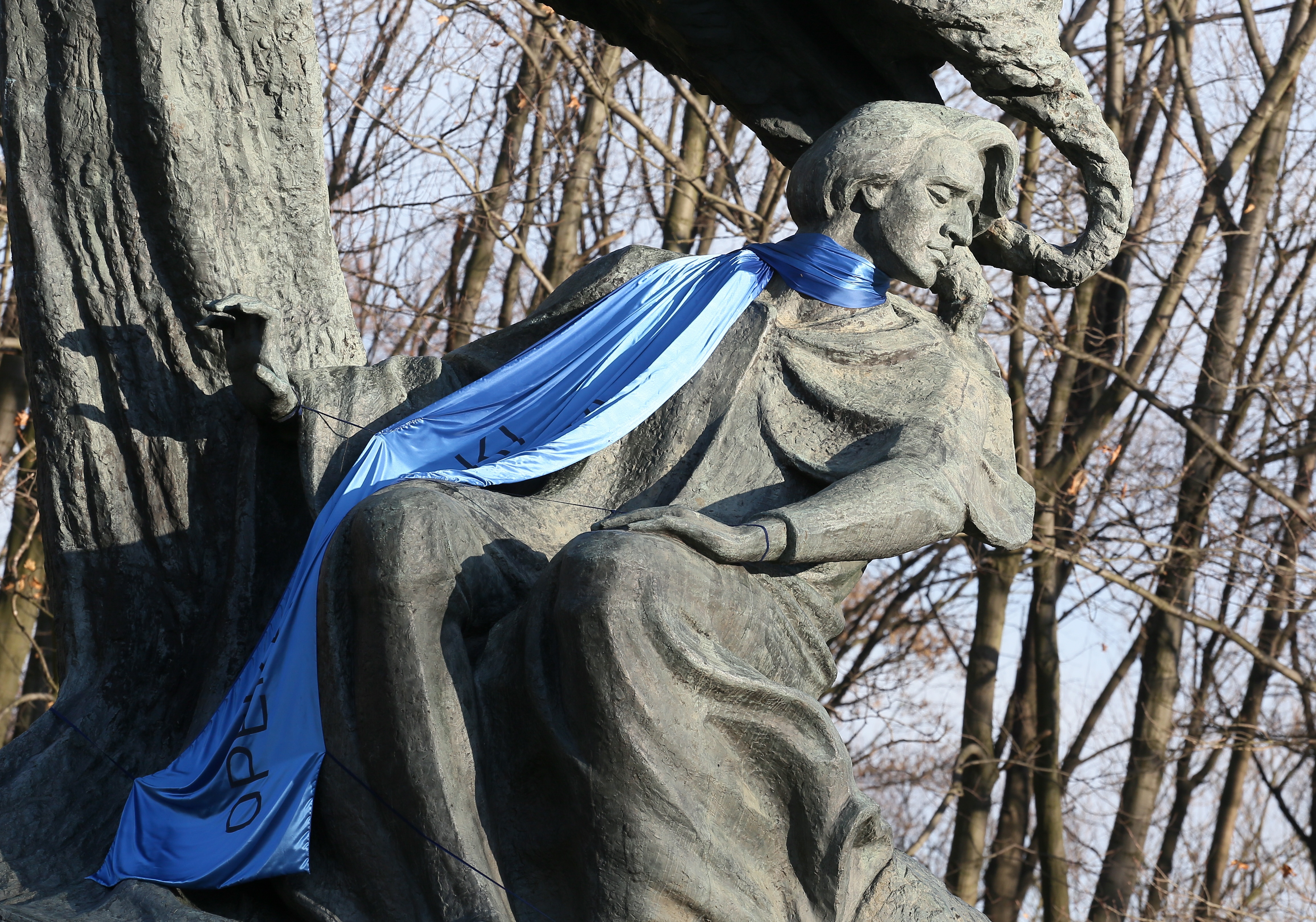 “I may already, for better or for worse, have met my ideal,” wrote Chopin.Paweł Supernak/PAP

Chopin was also a good catch. His musical talent had flourished quickly and he had already composed many pieces that would become favourites up to today. He had also performed for many of society’s leading lights and at the top venues in Warsaw, including the Belvedere Palace.

Little exists now of Konstancja Gładkowska in the way of artefacts. Her letters were burned and the ring she received from Fryderyk on his departure from Warsaw is the Holy Grail for Chopin memorabilia hunters.

What does exist, though, is the larch-wood manor house where she lived out her dotage as a blind widow in the small, western Mazowsze town of Skierniewice. 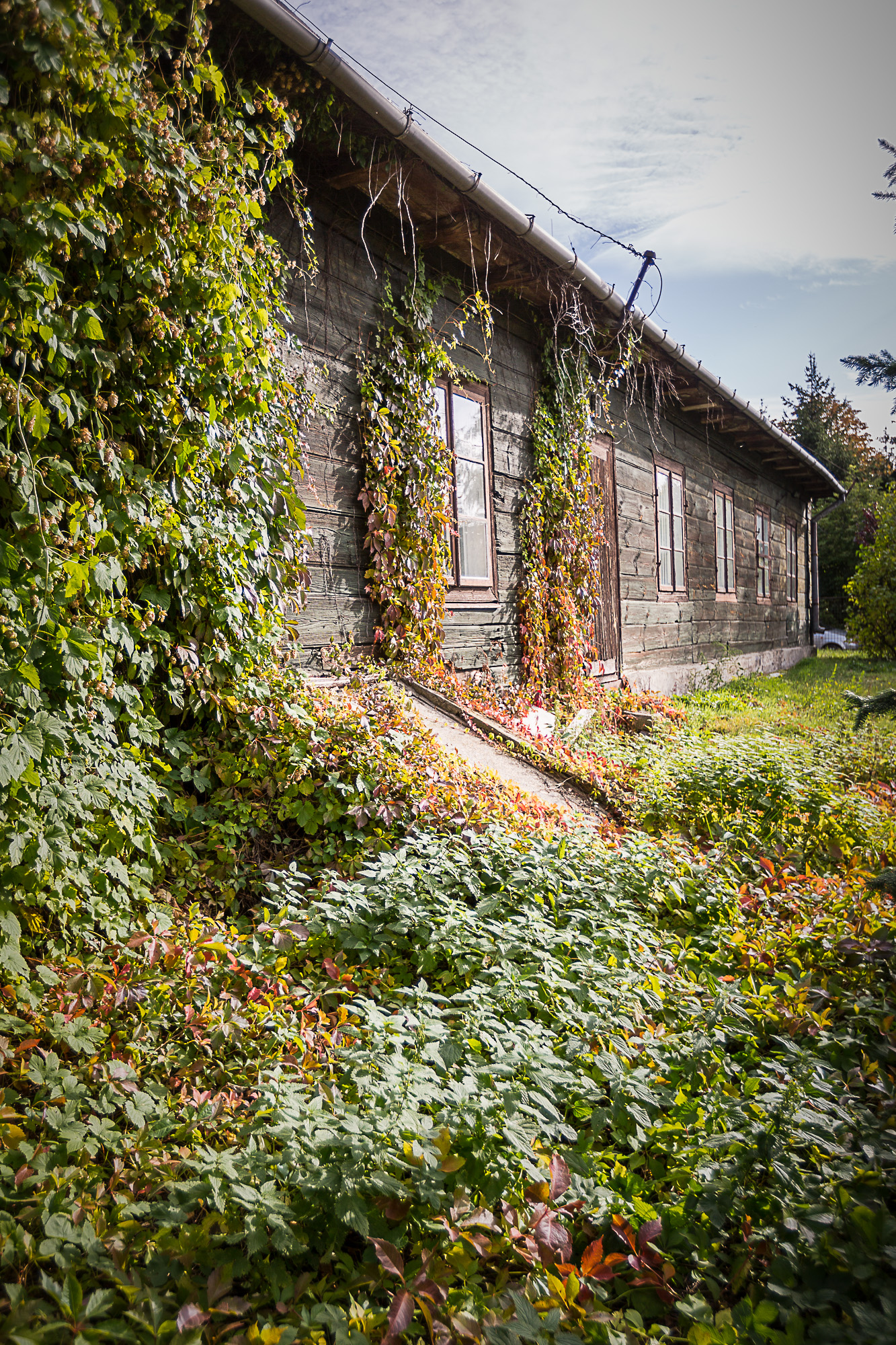 The manor house in Skierniewice where she would see out her days.Kalbar/TFN

Functioning as a branch of the local town museum, it offers a glimpse into the daily life of its most famous inhabitant, yet the lack of any objects relating directly to her life creates a sense of a story untold.

However, there to try to fill in the gaps is Anna Majda-Baranowska from the Skierniewice Historical Museum.  “Whether Konstancja reciprocated Fryderyk’s affection we can’t be certain. We know all about his feelings for her, but unfortunately nothing has been left to confirm this or not,” she says.

One scrap of evidence, however, suggests that the relationship was not entirely only in Chopin’s mind. 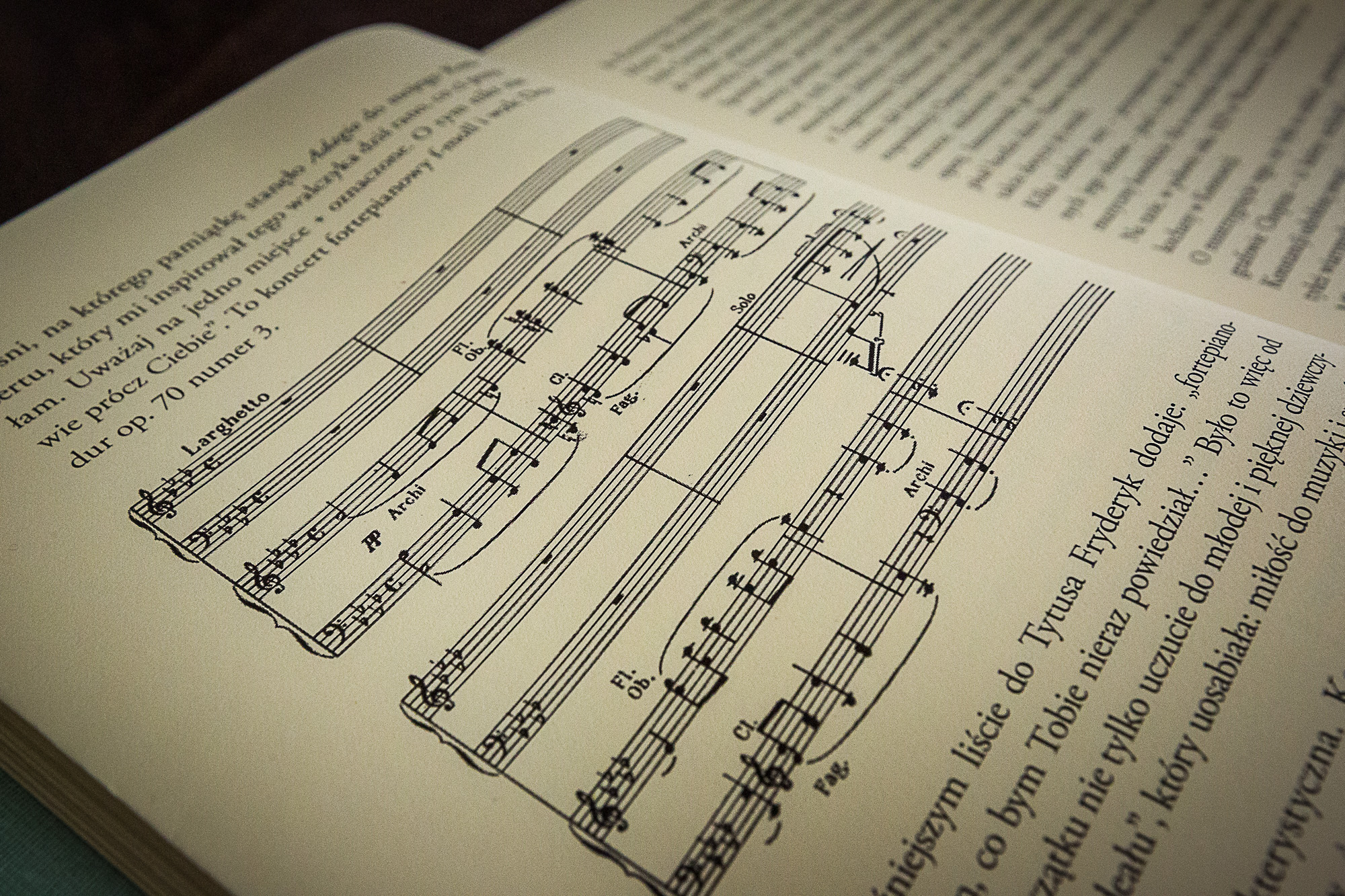 Chopin dedicated the Adagio from one of his concertos to Konstacja.Kalbar/TFN

Majda-Baranowska continues: “Asked by her daughter-in-law whether she regretted not marrying Chopin she said no as her eventual husband was a very good man. So, there was clearly something between them.”

Some things, though, we do know. Chopin was 19 years old when he first saw Konstancja on April 21, 1829 when she was singing at a concert.

How deep his feelings for her must have been are revealed in the beauty and quality of the works Chopin composed at this time and which he dedicated to her. 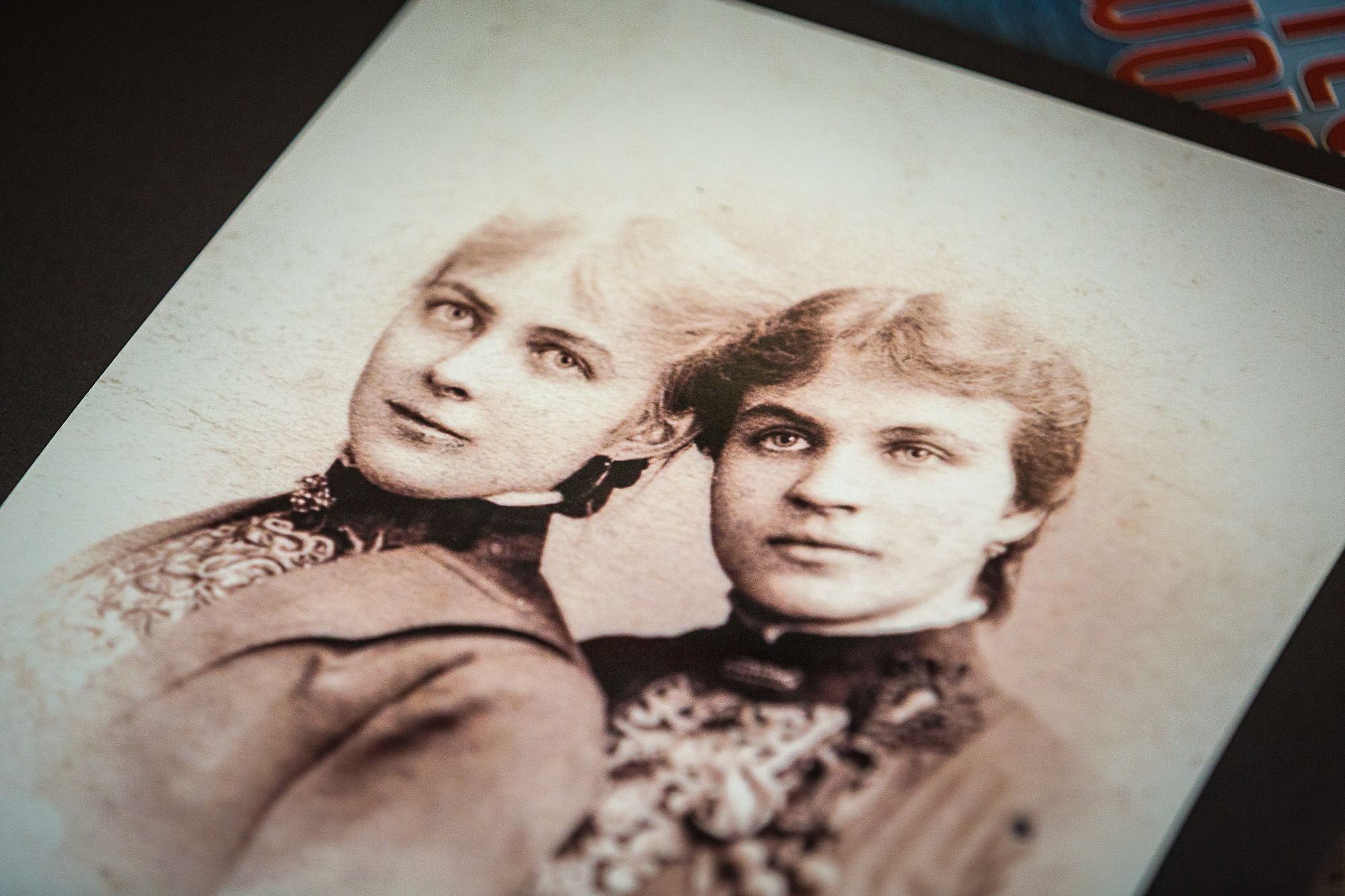 Konstacja had to endure the death of her two daughters before they were 30.Kalbar/TFN

As he wrote to his friend Tytus Woyciechowski: “I may already, for better or for worse, have met my ideal, to whom I have faithfully served for six months now. She is the one I dream of, and for whom I dedicate the Adagio from my Concerto.”

They didn’t date each other in the way that we understand it today. Rather they met at social functions when they were surrounded by other people.

Their friendship lasted only a year and a half. Fryderyk, on a wave of national successes, wanted to display his talent on European stages and planned to leave his home city. 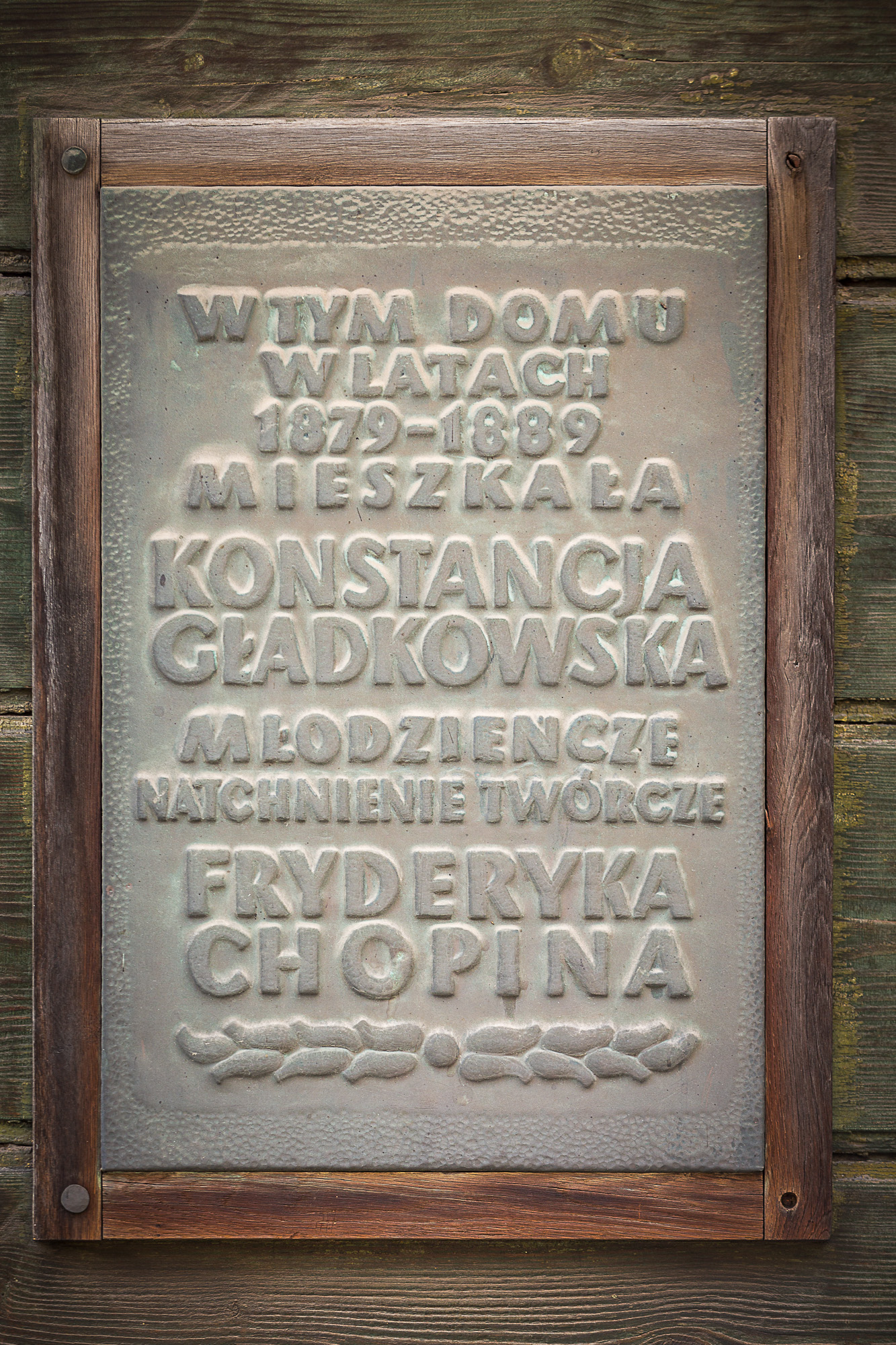 Their relationship ended when Chopin left Warsaw to further his career.Kalbar/TFN

Knowing this and not wanting to hold Fryderyk back, it is said that Konstancja deliberately cooled down the temperature of the relationship. Their last meeting took place at Chopin's farewell concert on October 11, 1830 when Konstancja performed in front of a tightly filled room.

“White, with roses on her head, her face beautifully dressed,” Chopin later described her. She sang Rossini's Cavatina with the words “Oh, how many tears I shed because of you.”

Before Chopin left for Vienna on his way to Paris, the young couple exchanged rings. Chopin supposedly parted with an undefined family jewel, while he received a silver braided ring. Whether this was a secret engagement, we cannot be sure. 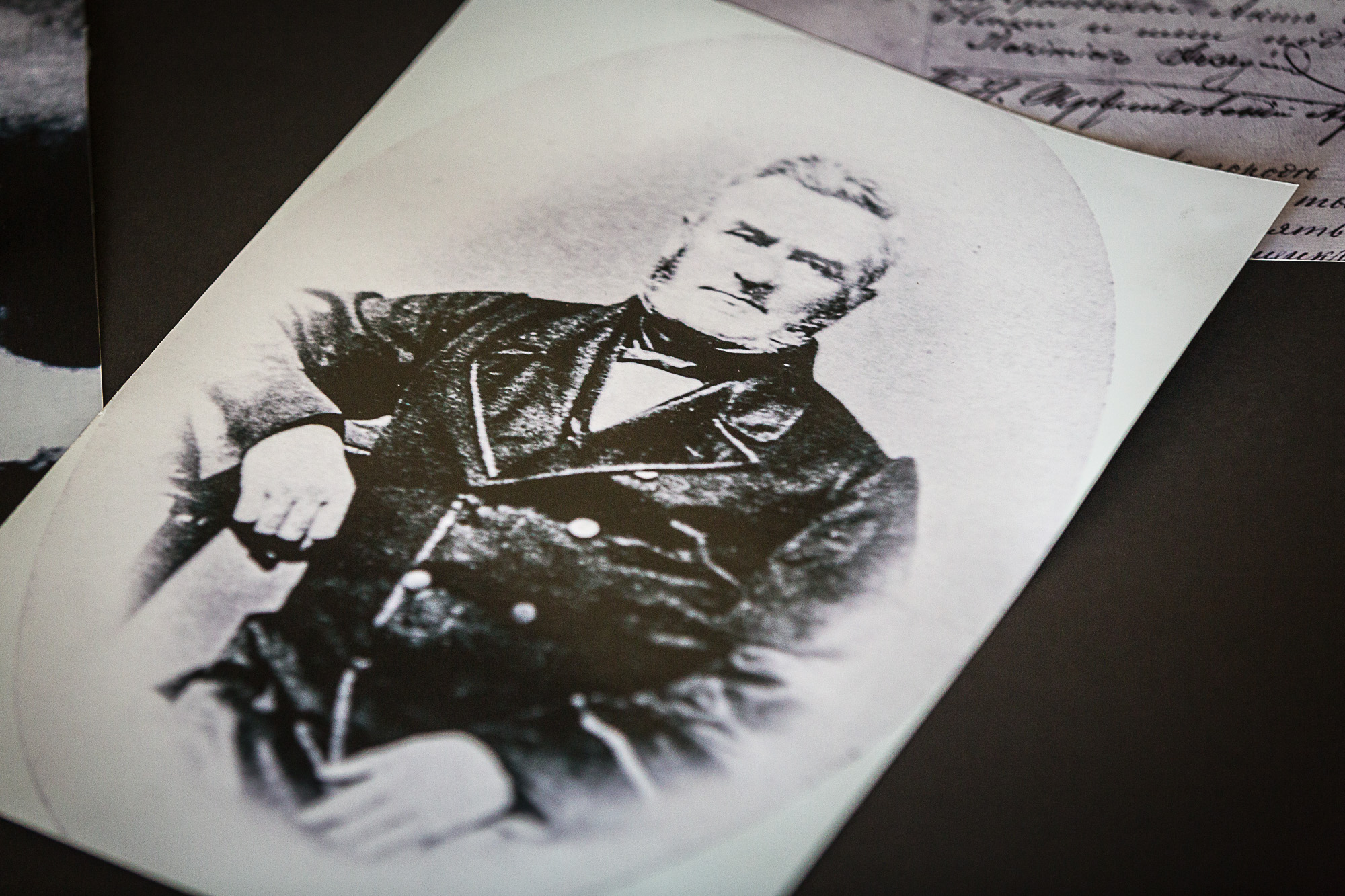 According to the custom of the time, just before Chopin left Warsaw forever, Konstancja wrote the famous words in his diary: “Maybe others will better judge and reward you, but their love for you can never be stronger than ours.”

Mysteriously, sometime later, Fryderyk added a note to his diary “it can, it can”. 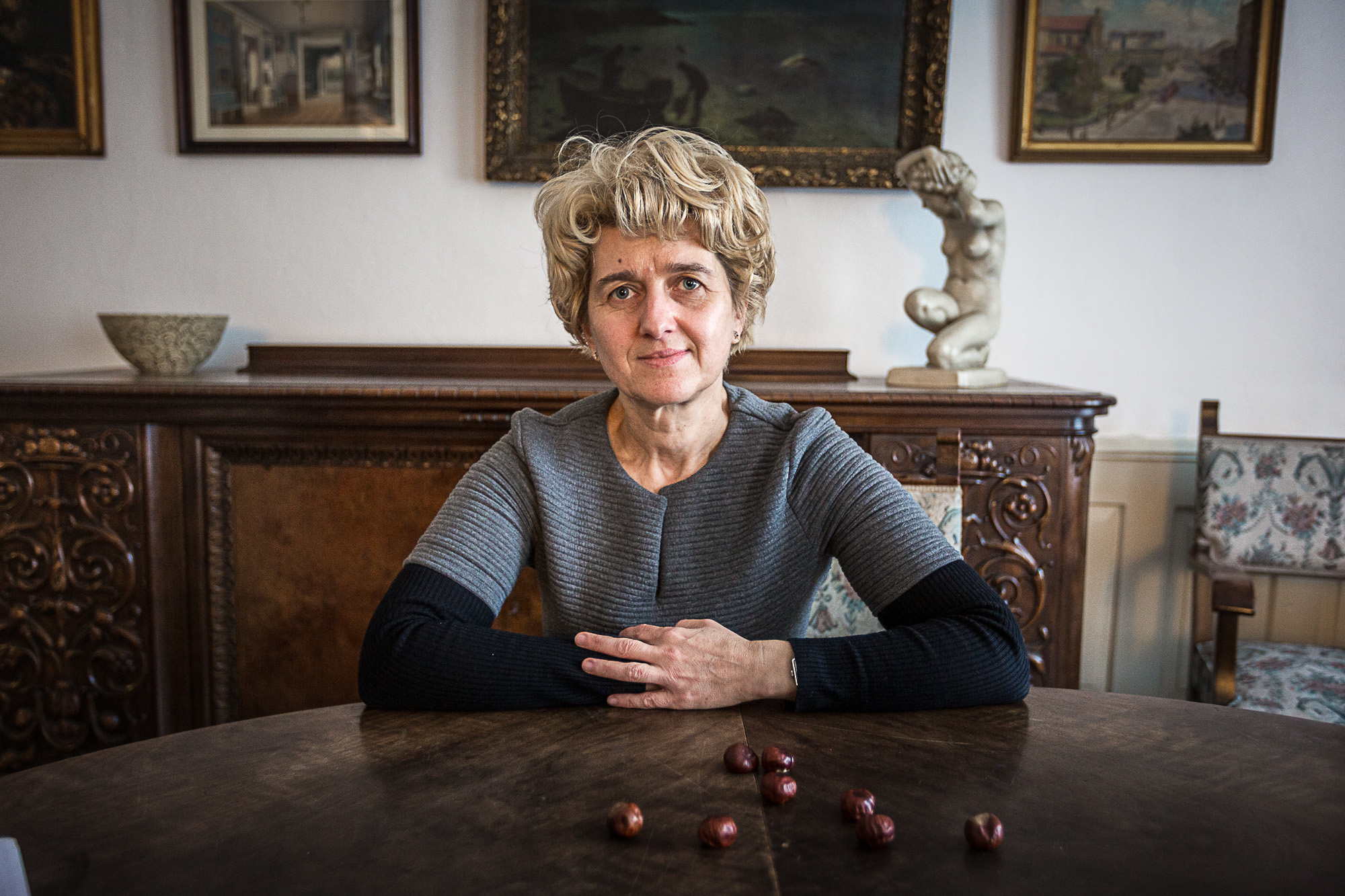 “They were a very happy couple. They had four children together and the marriage was very successful,” Majda-Baranowska says.Kalbar/TFN

After his departure, the feelings still smouldered in him. In his letters to his friends he compared Konstancja to the most eminent European singers. However over time, their lives moved in different directions.

In 1832, after an initially promising musical career, Konstancja withdrew from the stage and married Józef Grabowski, a landowner.

“They were a very happy couple. They had four children together and the marriage was very successful,” Majda-Baranowska says. However, their happiness did not last long. 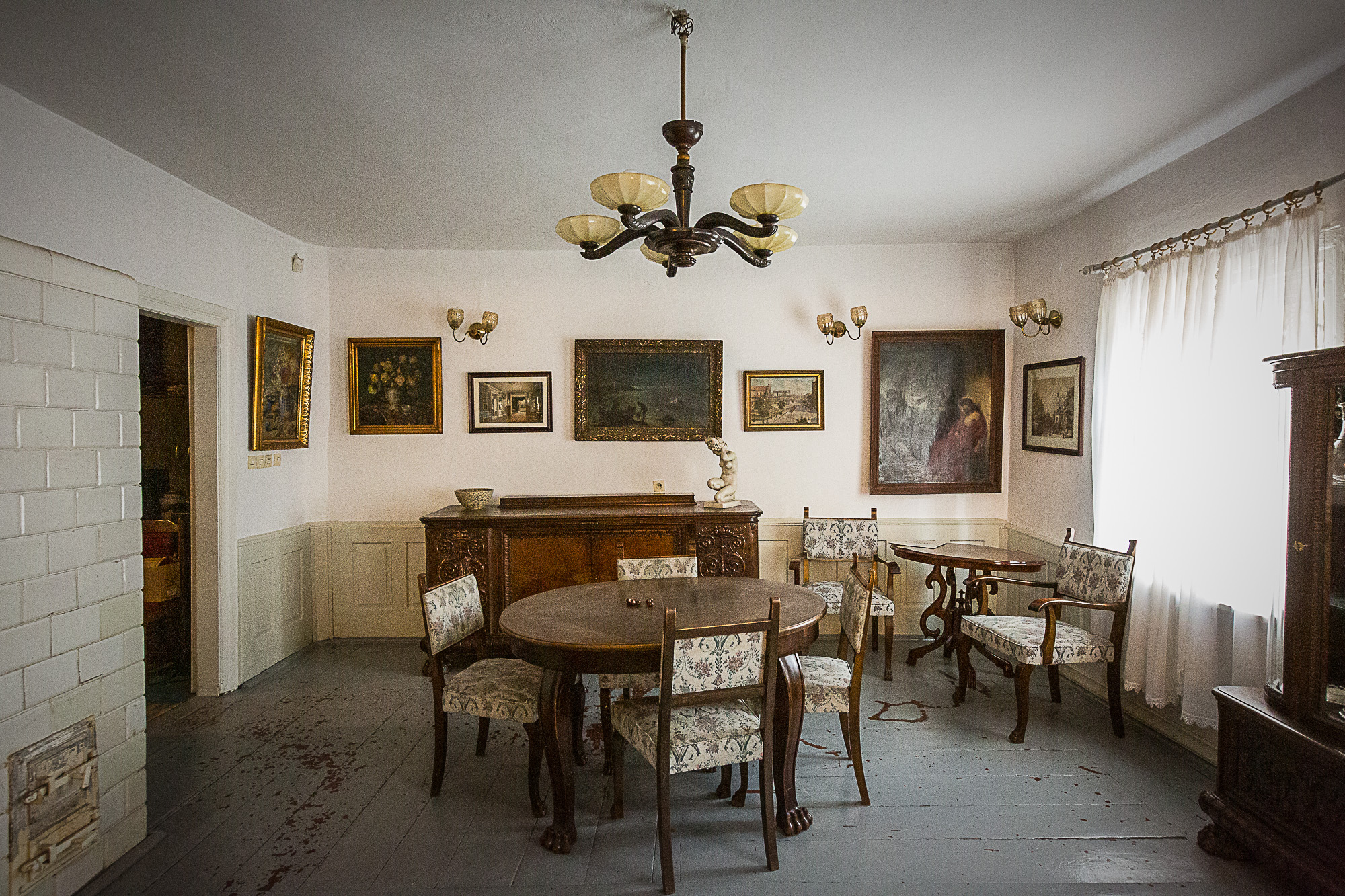 Józef Grabowski fell into financial difficulties. On top of that, Konstancja began to have problems with her eyesight, which, despite consultations with many specialists, she lost at the age of thirty-five.

She believed it was God's punishment for reading a book forbidden by the church, which greatly deepened her religiousness. Despite attempts by well-known European doctors to help her, she remained blind for the rest of her life. 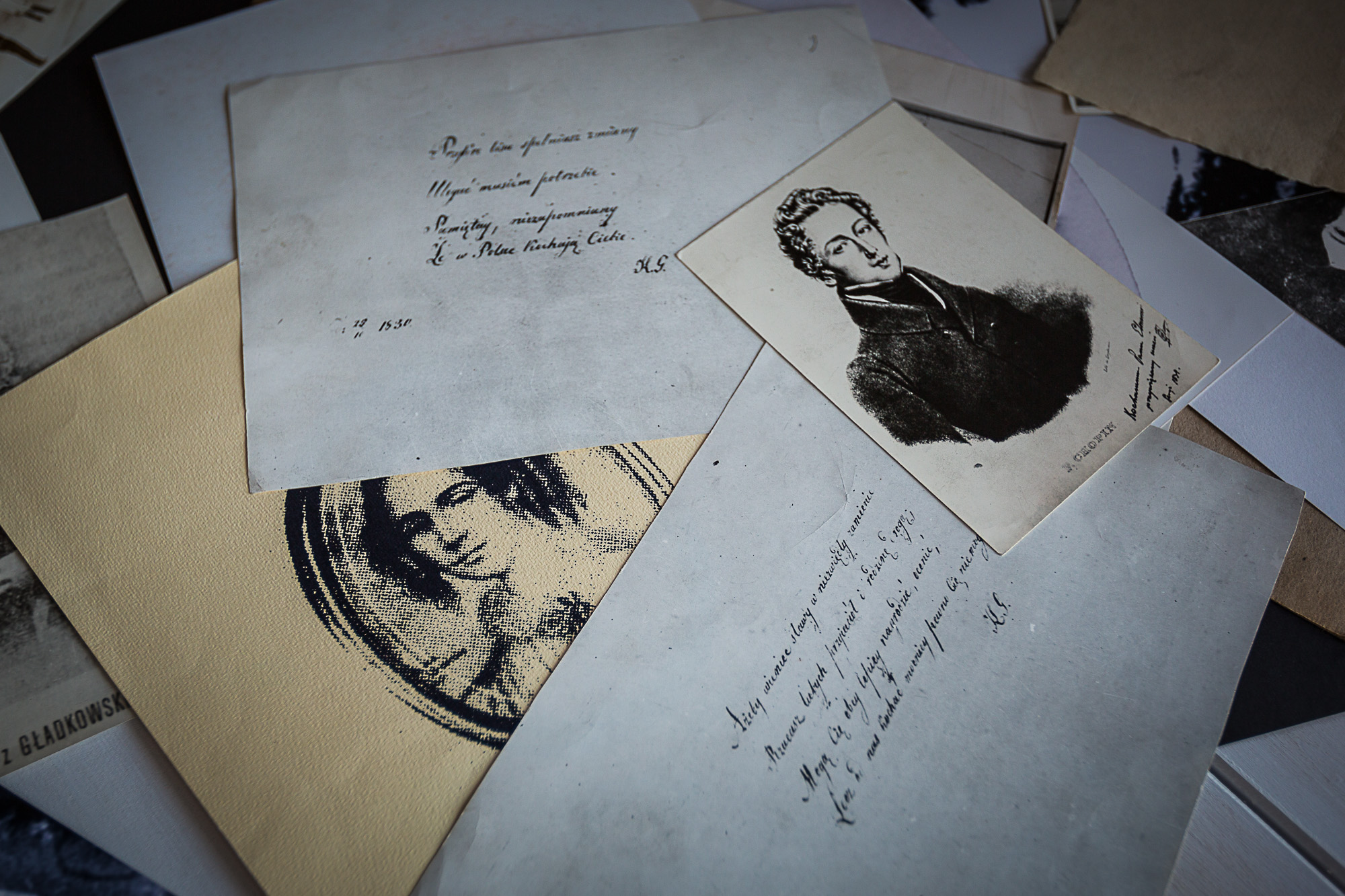 In his letters to his friends Chopin compared Konstancja to the most eminent European singers.Kalbar/TFN

Meanwhile, Fryderyk got engaged to Maria Wodzińska, though this was broken off a year later. He would later start a relationship with the writer George Sand, a woman seemingly different to the devout and homely Konstancja in every way.

Konstancja’s miseries were compounded when both her daughters died of tuberculosis before they reached the age of thirty. The family was finally plunged into deep financial woes by the enfranchisement of the peasants.

When Józef Grabowski died in 1878, Konstancja moved to Skierniewice where she found the manor that is now named after her. 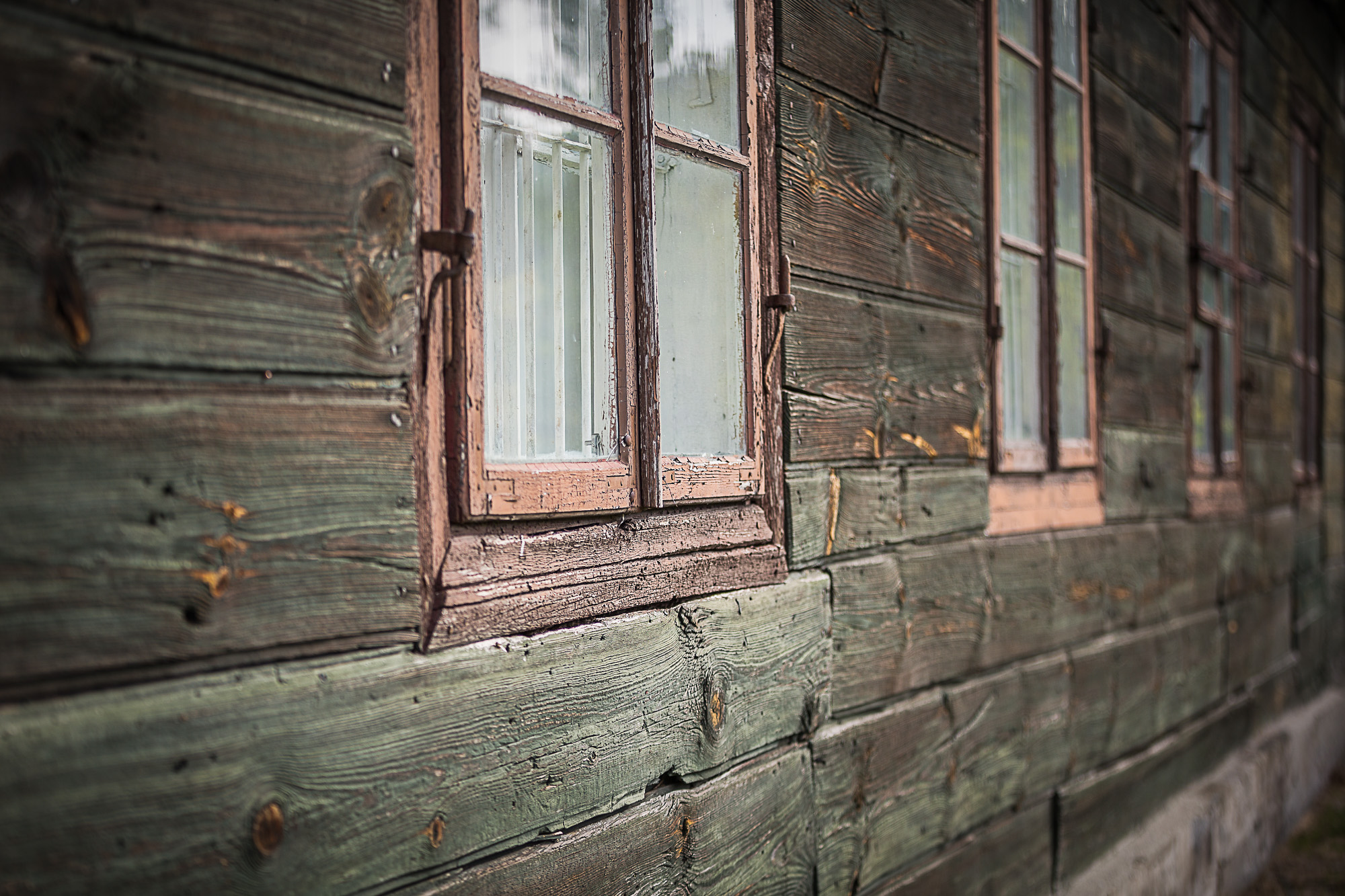 The manor house is now a small museum.Kalbar/TFN

Konstancja died in 1889 and was buried in the cemetery in Skierniewice. However, some mystery remains as to where she lies now.

“Family letters say that a year after her burial she was reburied in nearby Babsko to be with her late husband. However, when people started to look for grave in 1980s, nobody could find it,” says Majda-Baranowska.

“One old resident of Babsko says that she remembers that she was buried in her husband’s grave, so now there is a plaque with this information.”