The last guard: The AK men who still carried their weapons after the Uprising’s end

That the Warsaw Uprising lasted 63 days from August 1 to October 2, 1944 is a fact indelibly etched into the mind of every Pole.

When the sirens ring out across the city at 17.00 every year to mark the start of the battle, the thoughts of Poles return to this number – 63 days of bloody, heroic fighting in an unequal battle for freedom and dignity.

Young men proudly wear white t-shirts with the number blazoned across them, while songs and films bear it in their titles.

However, for one group of soldiers, the Uprising did not end after 63 days. For a further seven days, Polish Home Army soldiers would stalk the streets of Warsaw carrying their rifles.

Now though, they were not shooting at Germans across the barricades, but patrolling side by side with them. 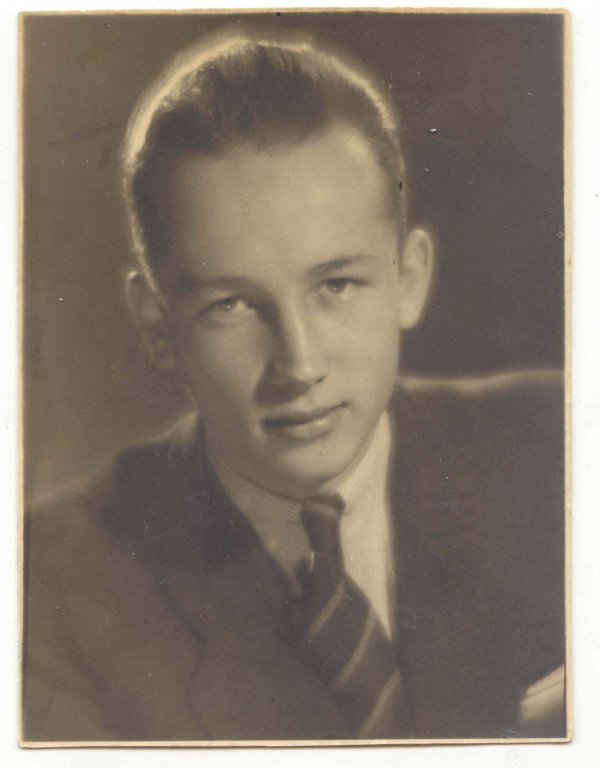 Zbigniew Dębski, one of the men who went out on patrol with German troops.Public domain

They still wore their red and white armbands and carried their Home Army identity cards. But now, these cards bore swastika stamps from the German Ordnungspolizei.

With streets crawling with drunken SS and their eastern helpers, these Poles had to see their brothers-in-arms being marched out of the city into captivity. They would then witness the unfolding horror of the deliberate destruction of Warsaw by the vengeful Germans.

When they finally left the city, they marched out in formation under a Polish banner. However, it was a march not of victory, but of defeat and humiliation.

Of course, this invidious task was not an act of collaboration. Under the capitulation agreement of October 2, 1944, signed in Ożarów by Home Army commander-in-chief Tadeusz Bór-Komorowski and SS- Obergruppenführer Erich von dem Bach-Zelewski, two shielding companies were formed with a total of around 170 men.

At the end of the Uprising, the insurgents still controlled large areas of central Warsaw. Under the agreement, these had to be handed over to the Germans in an orderly manner. It was the task of the shielding companies to make this happen. 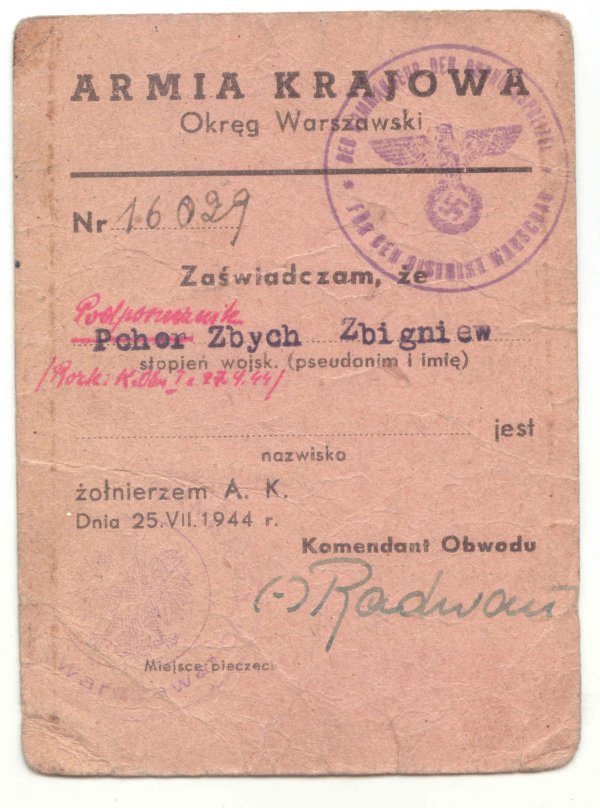 A Home Army identity card marked with the swastika stamp of the Ordnungspolizei. The stamp allowed soldiers serving in these companies to move around at will.Public domain

In effect they were hostages. The Germans were worried about encountering pockets of resistance as they moved through the rubble-strewn streets. The Poles serving in the shielding companies were a kind of security that there would be no surprises.

Their tasks included protecting insurgent hospitals and patrolling the streets, backyards and other nooks and crannies. When they encountered the elderly, the sick and children who had not been able to leave the city, they helped them as much as possible.

There were two shielding companies, C and D, both made up from men of the Kiliński Battalion. D Company had about 100 men C Company about 70. The civilians and capitulating insurgents had all left the city by October 5. The men of C and D companies would stay until October 9.

A patrol would normally consist of two Polish soldiers, two Wehrmacht soldiers and a Polish commander. All the soldiers carried weapons. 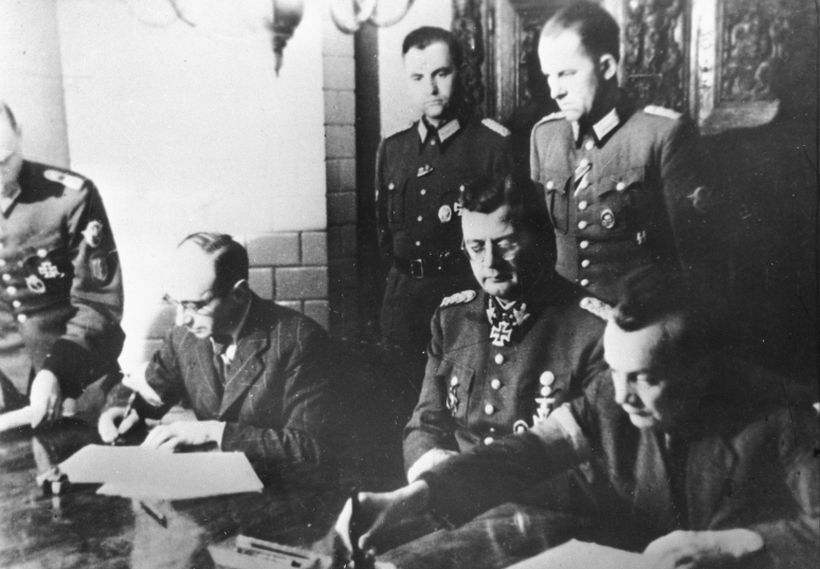 Antoni Bieniaszewski from C Company recalled after the war “The mere fact of patrolling the city and protecting the insurgent hospitals was extremely important for the Poles still in the city. It gave them a certain sense of security, which was extremely important at that time, and at the same time it made it possible to provide help to those who needed it most.

“In this way we managed to save possibly hundreds of people still in cellars, ruins and burnt flats who were at the mercy of the occupier by either placing them in hospital, or helping them to evacuate from the city,” he added.

The soldiers of these patrols on many occasions managed to stop the desecration of insurgents' graves and the pillaging of property. They also repeatedly managed to stop drunken German soldiers from breaking into insurgent hospitals where they expected to find alcohol and of course women.

According to the accounts of men who served in these companies, the Wehrmacht soldiers with whom they patrolled were not as degenerate as their SS colleagues. 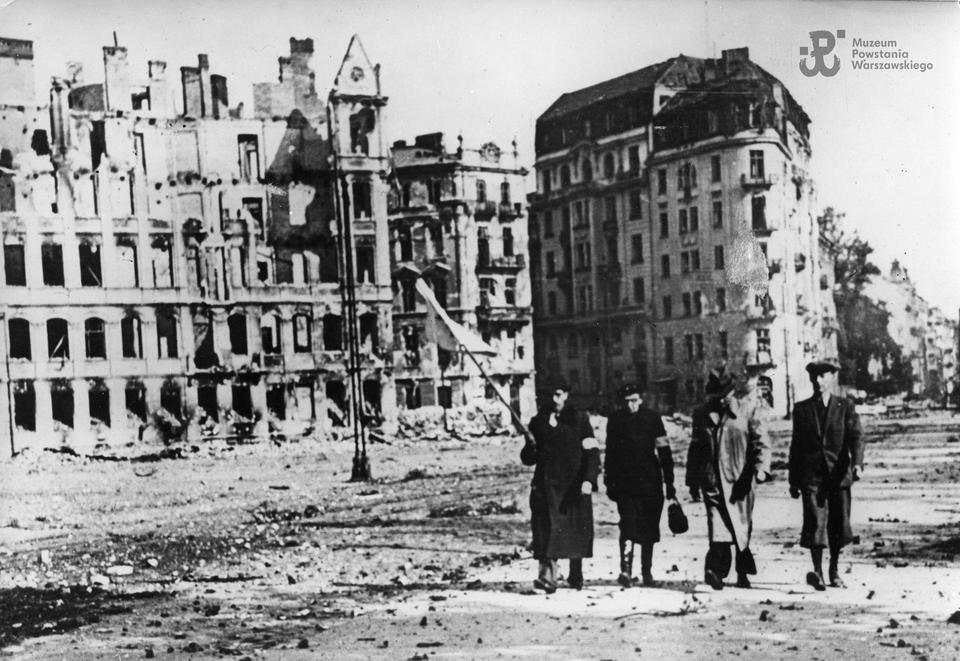 The two companies helped to ensure the surrender went according to plan.Warsaw Rising Museum

Zbigniew Dębski from C Company remembered: “Walking among German soldiers from the Wehrmacht we did not meet any signs of hostility. The Germans, rather, were full of recognition that we had resisted them for so long. They behaved quite decently towards us.

“Some Germans wanted to do deals to trade exchange or buy our weapons,” he added. “One of the Germans offered me a gold Schafhausen (a branded watch) for my Blyskawica, another wanted to trade with a friend offering a new Schmeiser for his Sten. In both cases we declined the offer.”

Another member of the shielding companies, Tadeusz Zapałowski remembered a German he met.

“I was lucky. I found a nice old German who treated me a bit like a son. He carried my rifle, shared food with me, and in return I organised cigarettes for him. I even called him ‘Vater’. He said to me: ‘When the war is over, you'll see how beautiful Bavaria is.” 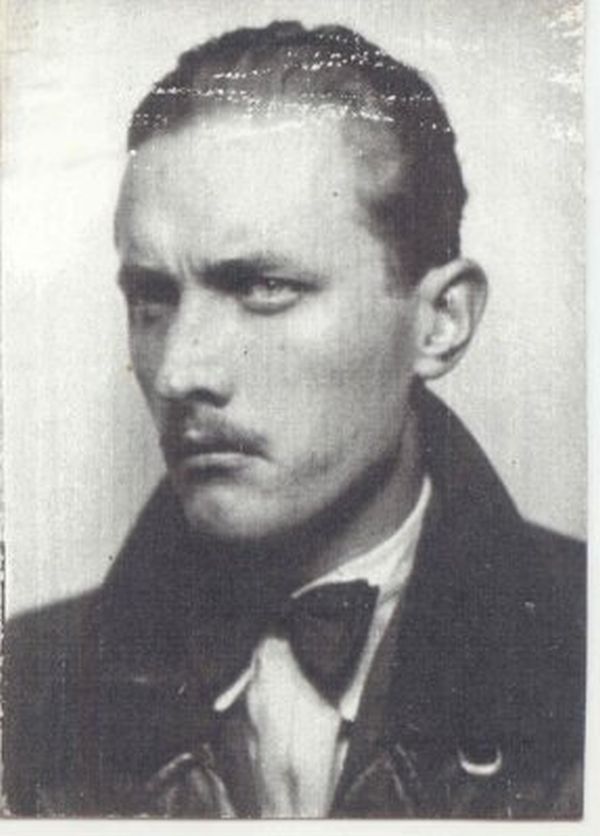 “The mere fact of patrolling the city and protecting the insurgent hospitals was extremely important for the Poles,” said C Company’s Antoni Bieniaszewski.Public domain

He recalls one incident in particular: “My friend had been shot by some ‘Ukrainian’, on October 6, so long after the capitulation. He needed plaster to save his leg but there was none.

“So I asked the German and together with him I marched to the Main Railway Station, which was in German hands. There the German soldiers gave us a few kilograms of plaster. I didn't have the strength to carry it, so the German helped. In this way we saved my friend's leg.”

Not all encounters with Germans or ‘Ukrainians’, as all easterners in German uniform were dubbed, were so cordial.

Jerzy Chlistunoff from C Company was sent to guard a Home Army field hospital when a completely drunk Ukrainian appeared at his post.

“He puts a bottle of vodka on the table and sits across from me. He seemed friendly, but in front of my face he was waving a cocked pistol. He had a Polish weapon, a pre-war VIS, and I had a German Bergman. So I put my gun against the table, putting my finger on the trigger. And then it started: ‘You are the bandits! On the first of August you opened fire on us! And we knew nothing, we were unprepared!’

“I replied: ‘What about the concentration camps? Public executions?’ and so on. All the time we were on the verge of a brawl. The situation, which probably lasted no more than half an hour, was like eternity for me.” 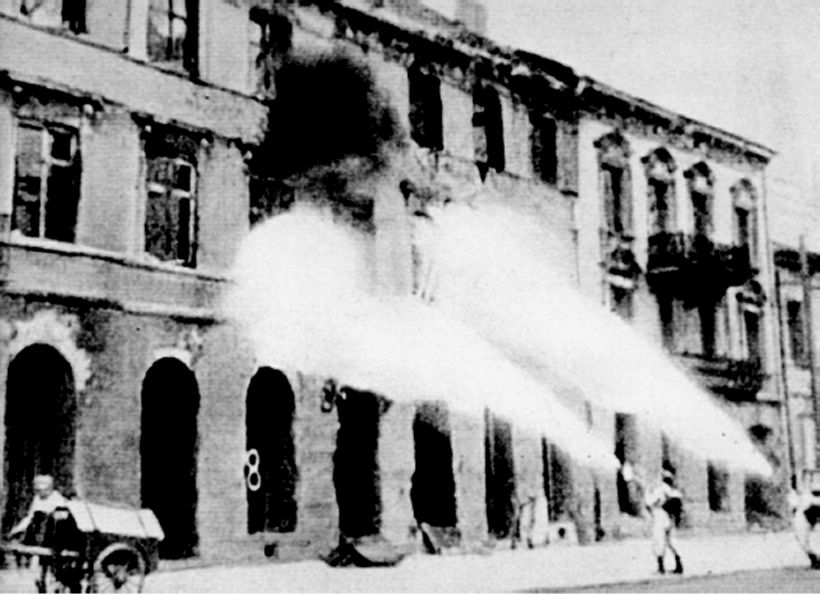 The two companies had to witness German troops destroying the city after the battle.Public domain

On many occasions, the Poles had to bite their tongues. Their officers repeated the mantra not to provoke the Germans for fearing of risking the meagre and fragile concessions gained in the capitulation agreement.

The work of the shielding companies was given some sense by events such as the evacuation of children from the school for the deaf and dumb on Three Crosses Square. “There were probably 80 of them. They were hungry, poor, scared, either dumb or deaf. Sometimes we found a dying man in the rubble. You had to sit down, talk to him, hold his hand so he could leave peacefully. Another time, we went into a house. In a hurry we knocked over a vase and behind it was a tiny child,” Tadeusz Zapałowski recalled.

There was one final humiliation for the men of C and D companies. On the seventh and final day the soldiers laid down their weapons on Polytechnic Square and followed their brothers in arms into captivity.

Due to the honourable conditions of capitulation, as the last unit leaving Warsaw, they had the “honour” of marching out of the city in formation.

At the head of D Company was a white and red flag, then a group of 10 men still with their sidearms. Then followed the rest of the unit. It was the last parade of insurgents in the city.

In a final indignity, as they left the burning capital, they marched not past their Polish commanders but in front of the Germans.