The Jewel of the South: TFN crosses off Krosno

If ever you asked me to name a Polish town beginning with K I’d put on the kettle, suggest you get comfortable and then launch into a list involving Katowice, Kielce, Kalisz, Kutno, Konin, Kętrzyn, Kraków, Kołobrzeg…

What I’m trying to say, is you’d be with me for a while before I ever got to Krosno. Why? Because if I’m truthful, I’d never even thought of the place until this weekend that’s just gone.

Touting a population of around 50,000, this scenic town is thought to have been awarded its first charter at some undefined time in the 14th century.Darek Delmanowicz/PAP

That’s when I found myself there, getting to my hotel at the ungodly hour of four in the morning – and yep, for that slightly maverick arrival time you can blame Krosno’s geography. Buried deep in the south-east, it’s a place only reached easily if you have your own helicopter.

Even so, if you’re going to check-in to a palace, then what better time to get there than in the absolute dead of night – with the taxi rolling over a cobbled, sweeping driveway, it was a scene befitting of an H.P. Lovecraft story: my 19th century lodgings coming into view through an atmospheric film of damp and drizzle.

True, the Pałac Polanka does not fit the traditional stereotype of a palace hotel. Though dating from the 19th century, it’s post-war degradation was only halted in 2006 when the property was purchased by the local entrepreneur Rafał Prync. 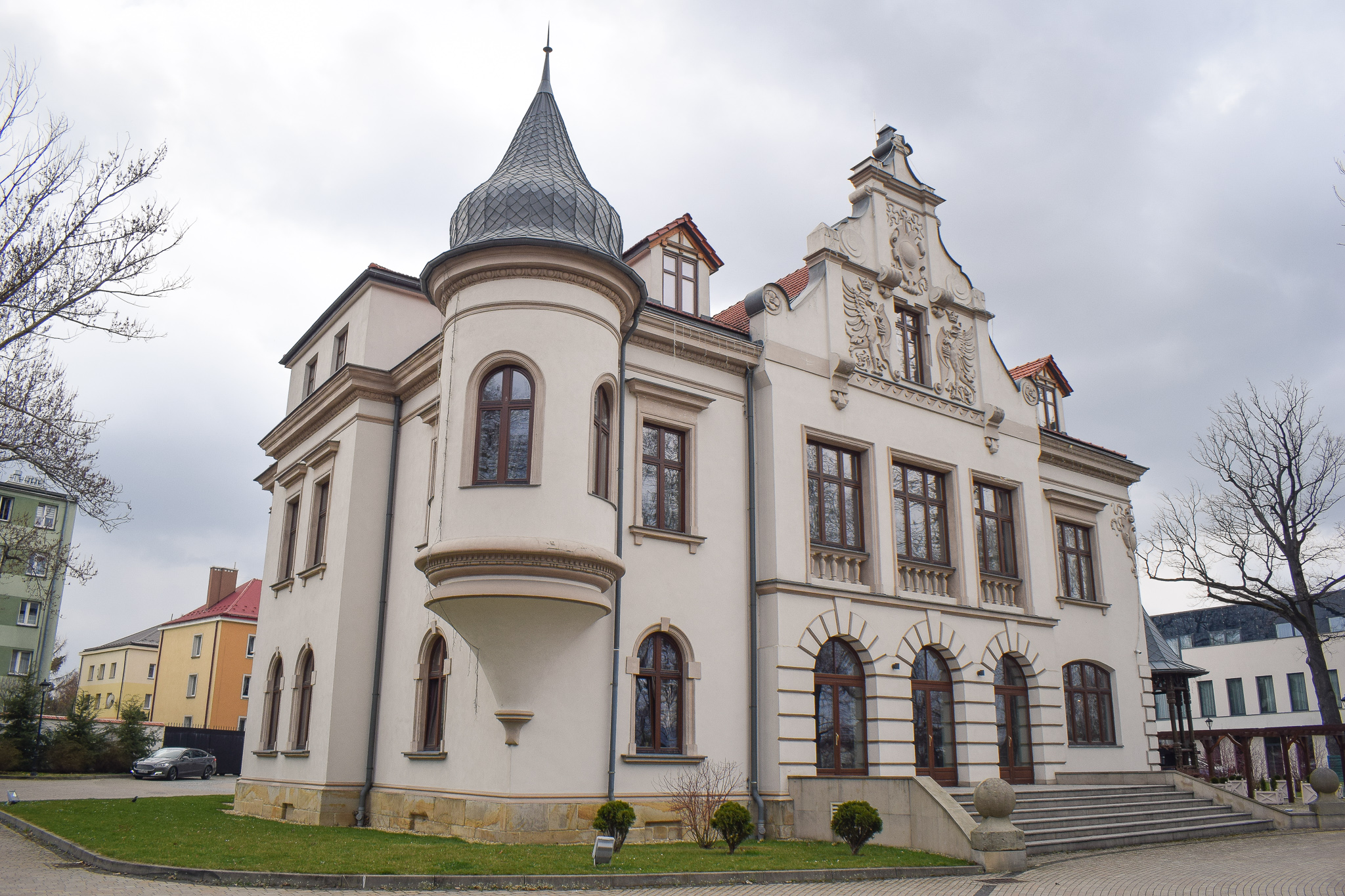 Dating from the 19th century, the Pałac Polanka’s post-war degradation was only halted in 2006 when the property was purchased by the local entrepreneur Rafał Prync. Alex Webber/TFN

The renovation that ensued was emphatic, but to a degree it could stand to be accused of diluting some of the palace’s original style and spirit. As someone that likes heritage hotels to be full of creaks and antiques, it was perhaps disappointing to find such bland, modern furnishings and, even, a glass-fronted lift in the centre of it all.

Still, would I recommend it as a hotel? With absolute certainty. Not just comfortable and well-appointed by way of its accommodation, further plus points go to an exceptional restaurant as well as a bar that felt like stepping inside a book by Graham Greene. Though also a little too generic in its design, it served as a hive of intrigue on my visit thanks to the presence of some lurking correspondents and a French camera crew on a break from the war in Ukraine. 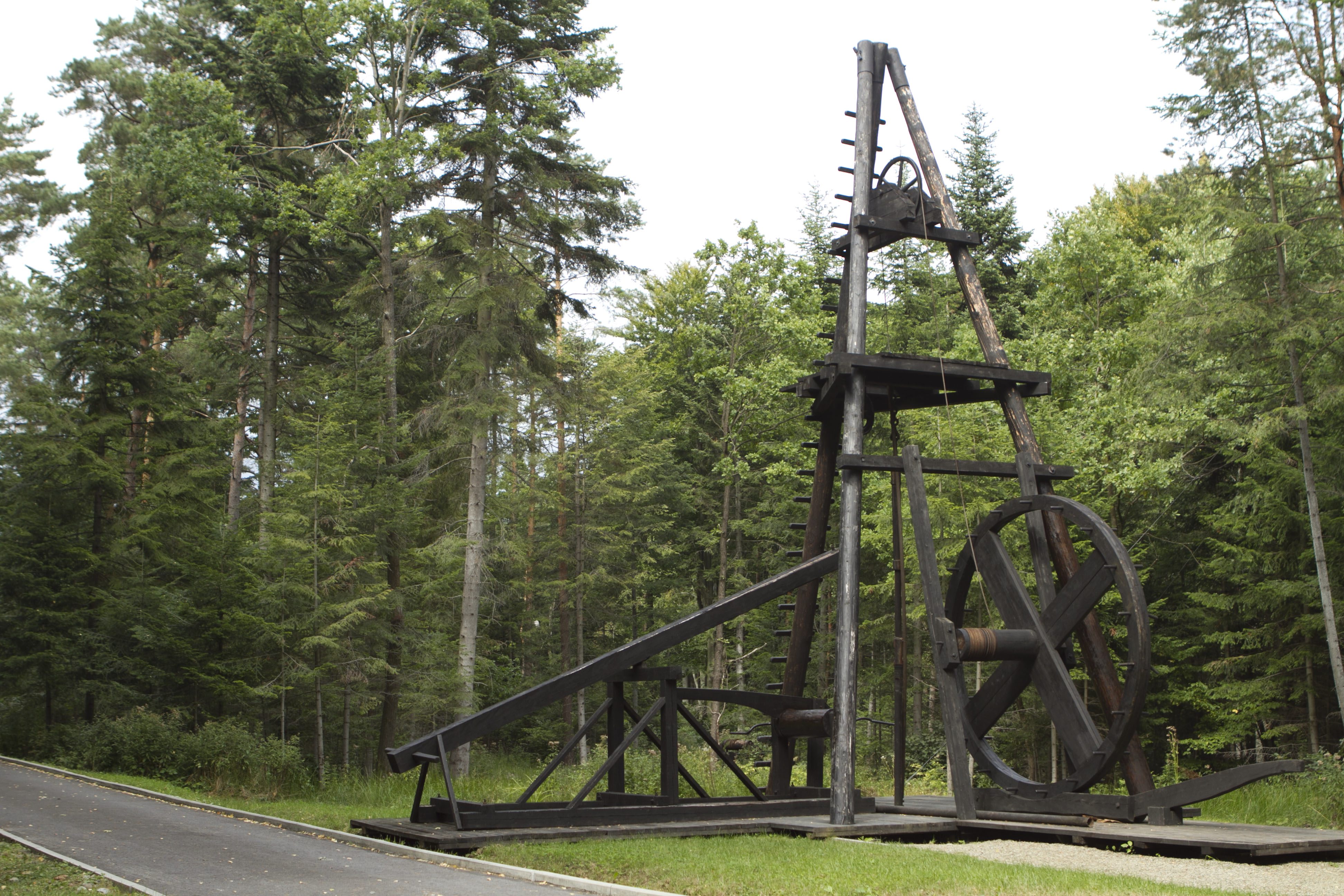 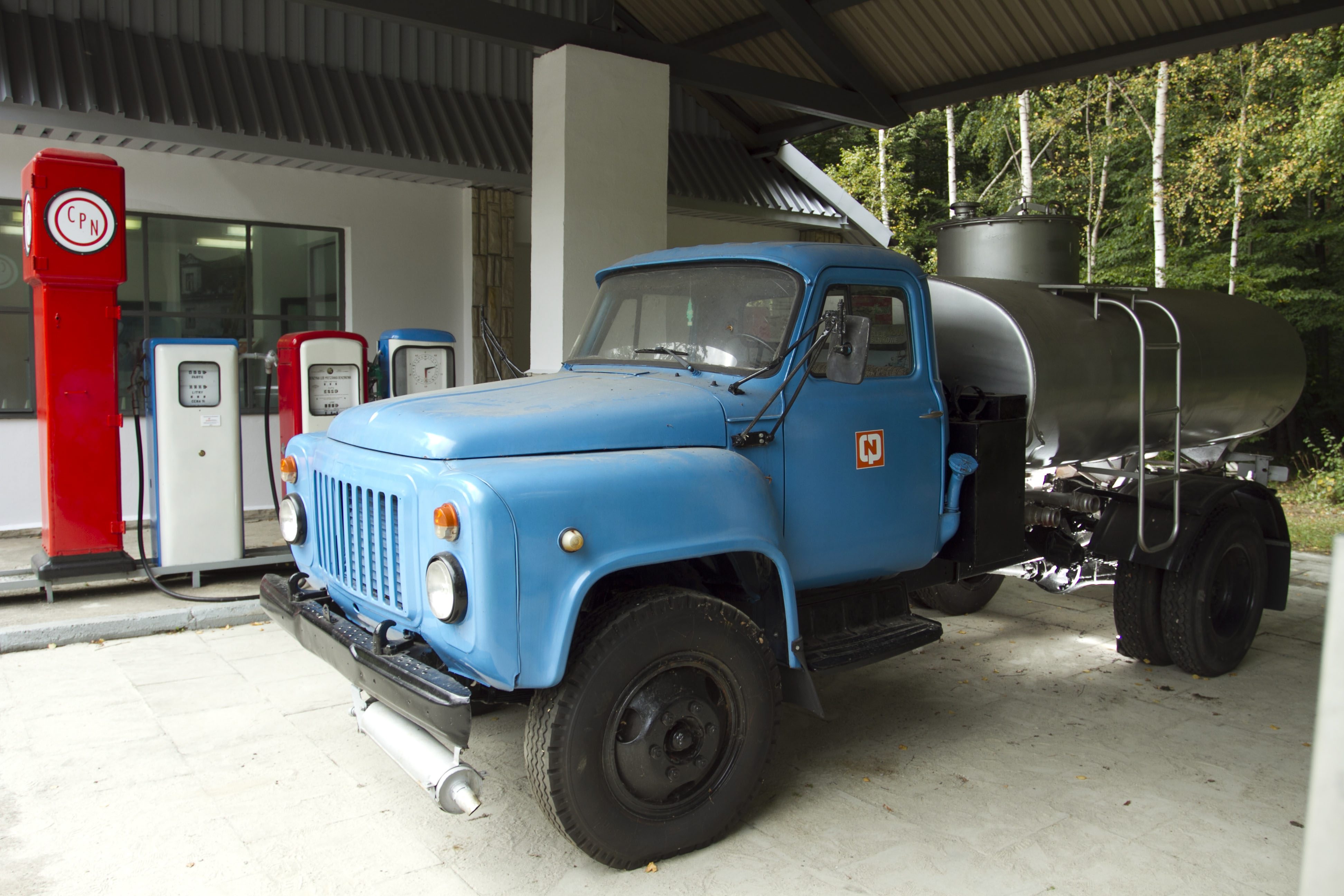 Reputedly the site of the first oil well in the world, the region’s surprising role in energy history is commemorated in the Museum of Petroleum & Gas in the nearby village of Bóbrka.Paweł Pawłowski/PAP

But if that was my hotel, what of Krosno itself? Glorious. Touting a population of around 50,000, this scenic town is thought to have been awarded its first charter at some undefined time in the 14th century. Thriving as a centre of mercantile trade and craft, its affluence was reflected by its early introduction of a waterworks and sewage system – facilities that only two others towns in the 15th century Kingdom of Poland could boast.

After a couple of centuries in the doldrums (you know, things related to plague, pestilence, invasion and conquest), Krosno boomed again in the 19th century, this time thanks to the discovery of oil. Reputedly the site of the first oil well in the world, the black stuff fuelled an explosion of wealth and today the region’s surprising role in energy history is commemorated in the Museum of Petroleum & Gas in the nearby village of Bóbrka.

Visit yourself and you’ll be exploring a 20-hectare space filled with old drilling rigs, rusting pipes, certificates and medals, collections of household gas meters and a life-size diorama of a PRL era petrol station. Of course it’s all a little geeky, but it’s curious enough in its content to feel refreshingly engaging. 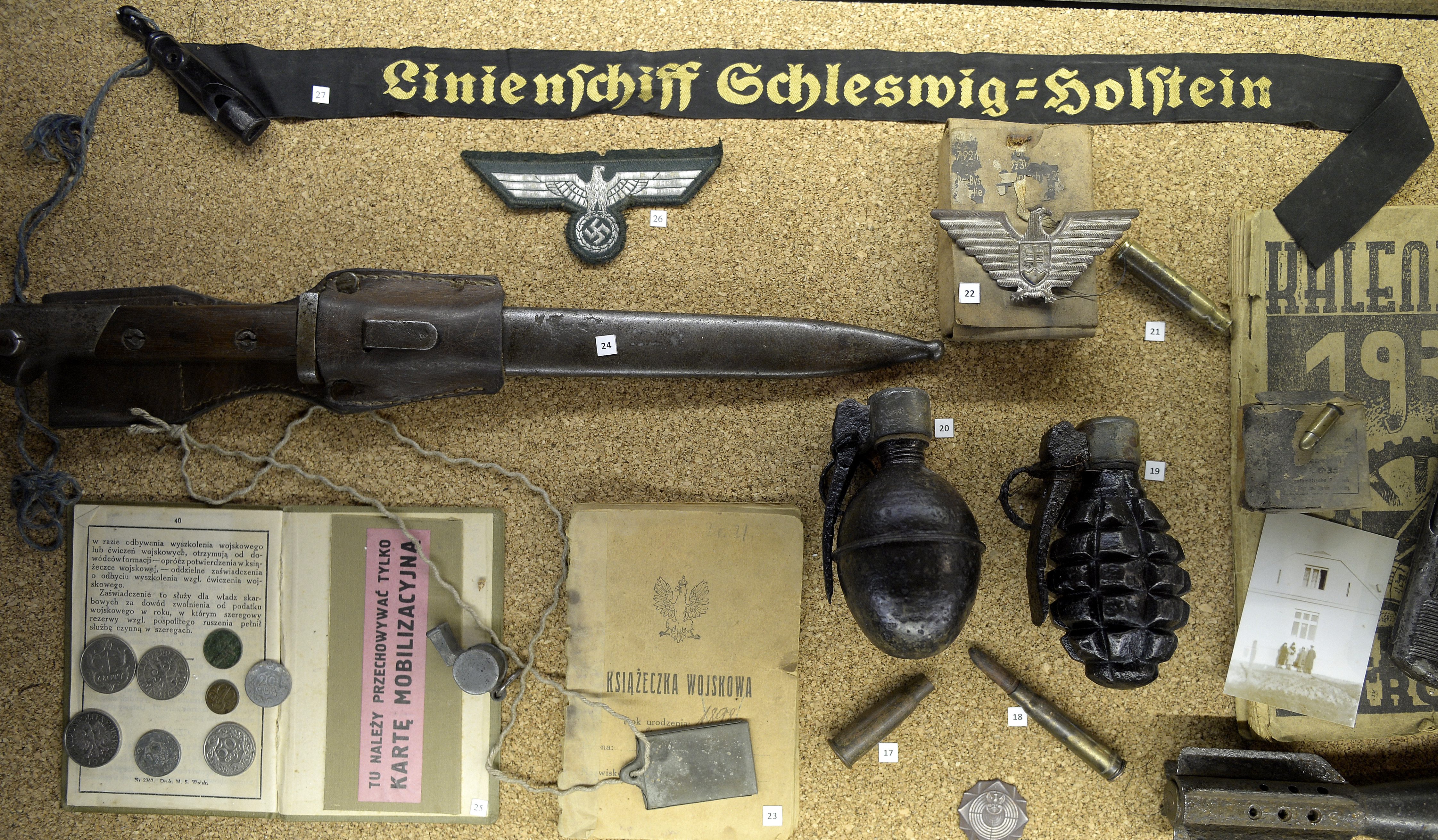 The Private Museum of Sub-Carpathian Battlefields in Krosno is a must for all of those that proudly identify themselves as history nerds. Darek Delmanowicz/PAP

The same applies to my star of the weekend: titling itself as The Private Museum of Sub-Carpathian Battlefields in Krosno, it’s simply a must for all of us that proudly identify ourselves as history nerds.

Now in the course of my work, I’ve had the pleasure of visiting some of the mightiest museums in Poland. But for all that, it’s not the world class institutions that I love, but those privately run passion projects found in the back-of-beyond: on that front, the Museum of Drunkenness & Cycling in Gołąb stands out, as does Kościerzyna’s Accordion Museum and the Museum of Bells & Pipes in the border town of Przemyśl. 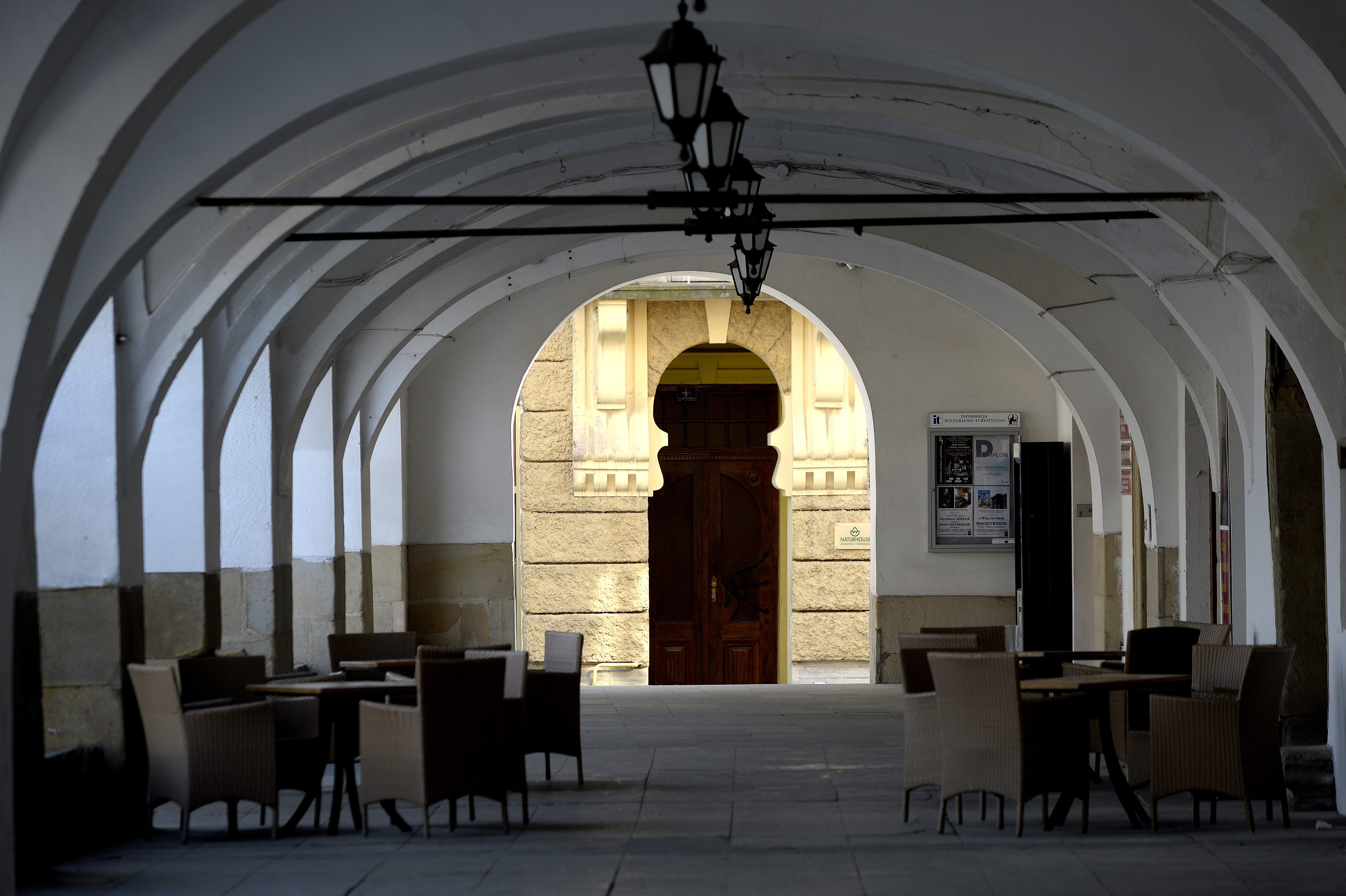 Inevitably though, all roads lead back to the Rynek and the colonnaded tenements that serve as the square’s signature.Darek Delmanowicz/PAP

Added to that list is this Krosno gem, a place housed in a former bomb shelter built when the area was used as an airfield and aviation school by Poland’s pre-war air force. Ringing the number on the door, find yourself beckoned into a remarkable labyrinth whose trail meanders around underground chambers, before taking you past outdoor exhibits and up to a shadowy attic.

Along the way, you’ll pass over 2,000 exhibits, each bearing their own personal story: a labour camp sign recovered from a barn; tank tracks; rusting weaponry; concrete bombs; and the smashed, mangled wreckage of Luftwaffe aircraft – strangely beautiful, these metallic carcasses could easily pass for modern art. 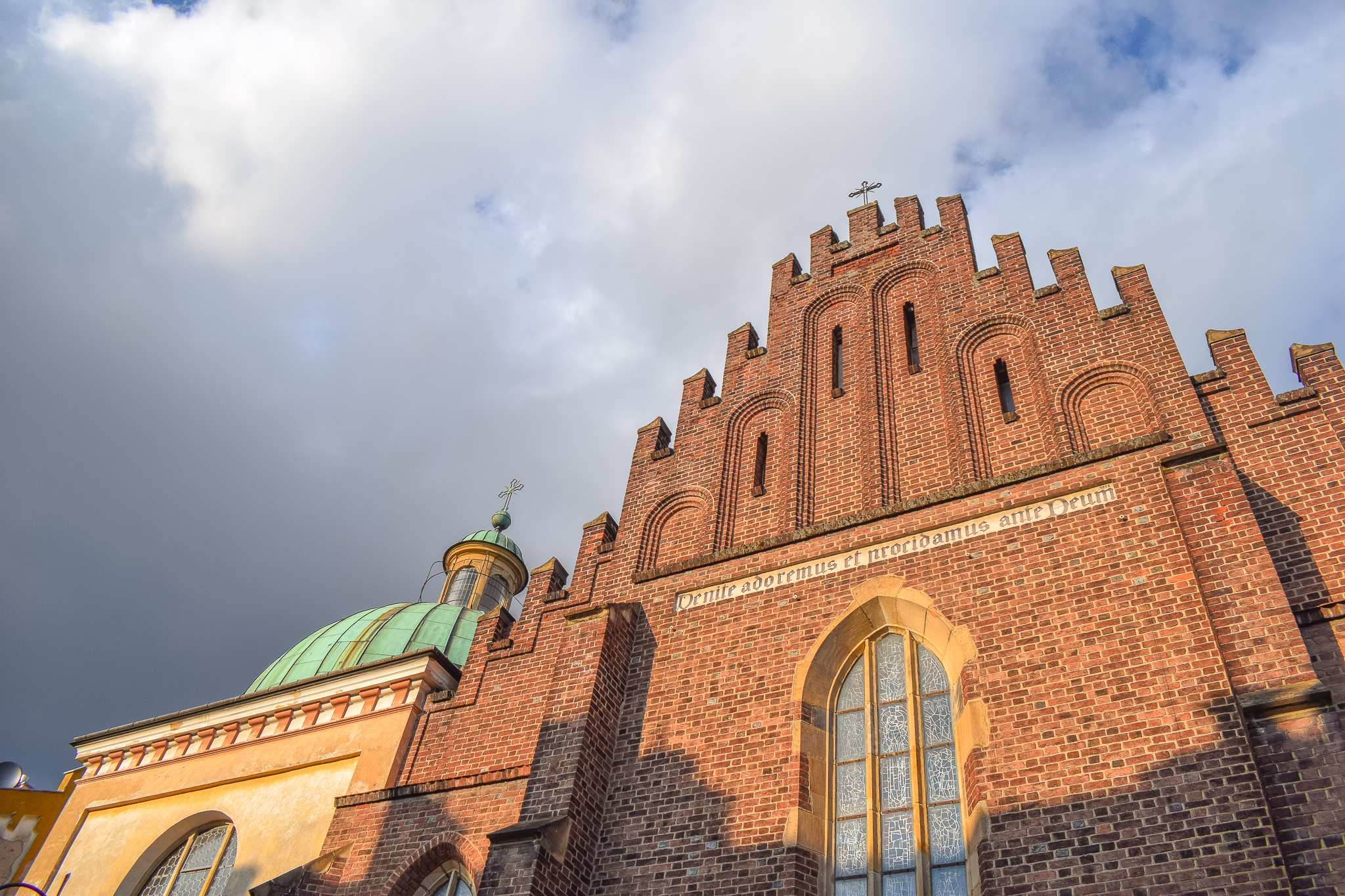 Lacking litter and graffiti, Krosno is a pristine treasure whose grand public institutions are interspersed with majestic religious buildings.Alex Webber/TFN

Unearthed in the surrounding fields and forests, the museum presents a motherlode of battlefield mementos, and it is the personal bits and pieces that have the most impact: cigarette lighters; dog tags; helmets pierced by shrapnel; a pair of hair clippers; a wedding dress made from parachute silk; and a collection of Home Army armbands discovered in a jar during roadworks.

A quite astonishing museum, you leave with your mind blown.

Back in the Old Town, you walk the quaint, quiet side streets of Krosno lost in a dreamy daze. Largely bereft of visitors, the empty alleyways unravel like a ball of wool to present a rich array of random sights: a statue, for instance, of a Scotsman, Robert Gilbert Porteous. Emigrating to Krosno in the 17th century, he became a successful wine merchant known for his heavy involvement in local civic actions.

Scotsman Robert Gilbert Porteous stares out towards the Baroque bell tower that he helped to finance. Alex Webber/TFN

Thanks largely to his lavish generosity, the town acquired one of its most tell-tale features, a 38-metre Baroque bell tower attached to the Holy Trinity Church. Equipped with a four-ton bell (one of the biggest in the country), it’s rightly regarded as one of the wonders of Krosno.

Easily digestible in its size, the Old Town is a joy around which to amble. Lacking litter and graffiti, it’s a pristine treasure whose grand public institutions are interspersed with majestic religious buildings such as the Oświęcim Family Chapel.

Supposedly founded by a gentleman named Stanisław to honour his half-sister, a girl who he had a slightly creepy obsession with that went a little beyond mere brotherly love, this ‘Pearl of Polish Baroque’ is particularly notable for stucco decorations authored by Giovanni Battista Falconi (whose work you’ll also find in Wawel). 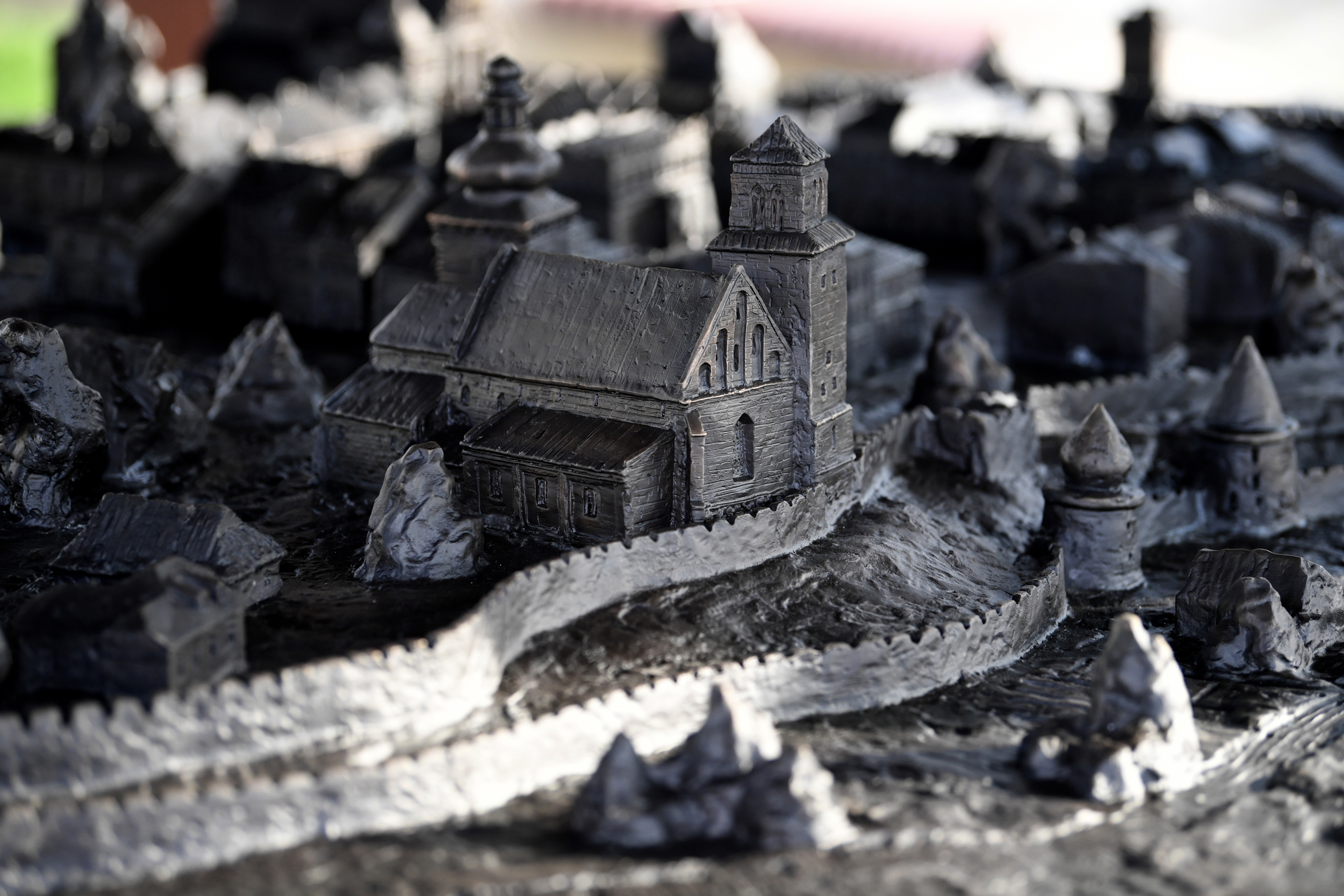 Sitting the Rynek, the scale model showing Krosno as it was 400-years ago is reputedly the largest such installation in the whole of Poland. Darek Delmanowicz/PAP

Inevitably though, all roads lead back to the Rynek and the colonnaded tenements that serve as the square’s signature. While here, do not miss the scale model depicting Krosno as it was at the turn of the 16th and 17th century. Weighing 800 kilos, it’s said to be the largest such model in Poland and features long lost landmarks such as the Town Hall that was once plopped in the centre.

Equally unmissable, however, is the Glass Heritage Centre. Krosno, you see, has long been celebrated for its glass, to the extent that Whoopi Goldberg and Nicolas Cage are rumoured to be avid fans. Of that I can offer no proof beyond assertions on the town’s website, but what I can say is that a visit to this centre will leave in no doubt the pride that’s been awarded to the locally celebrated craft of glassmaking. 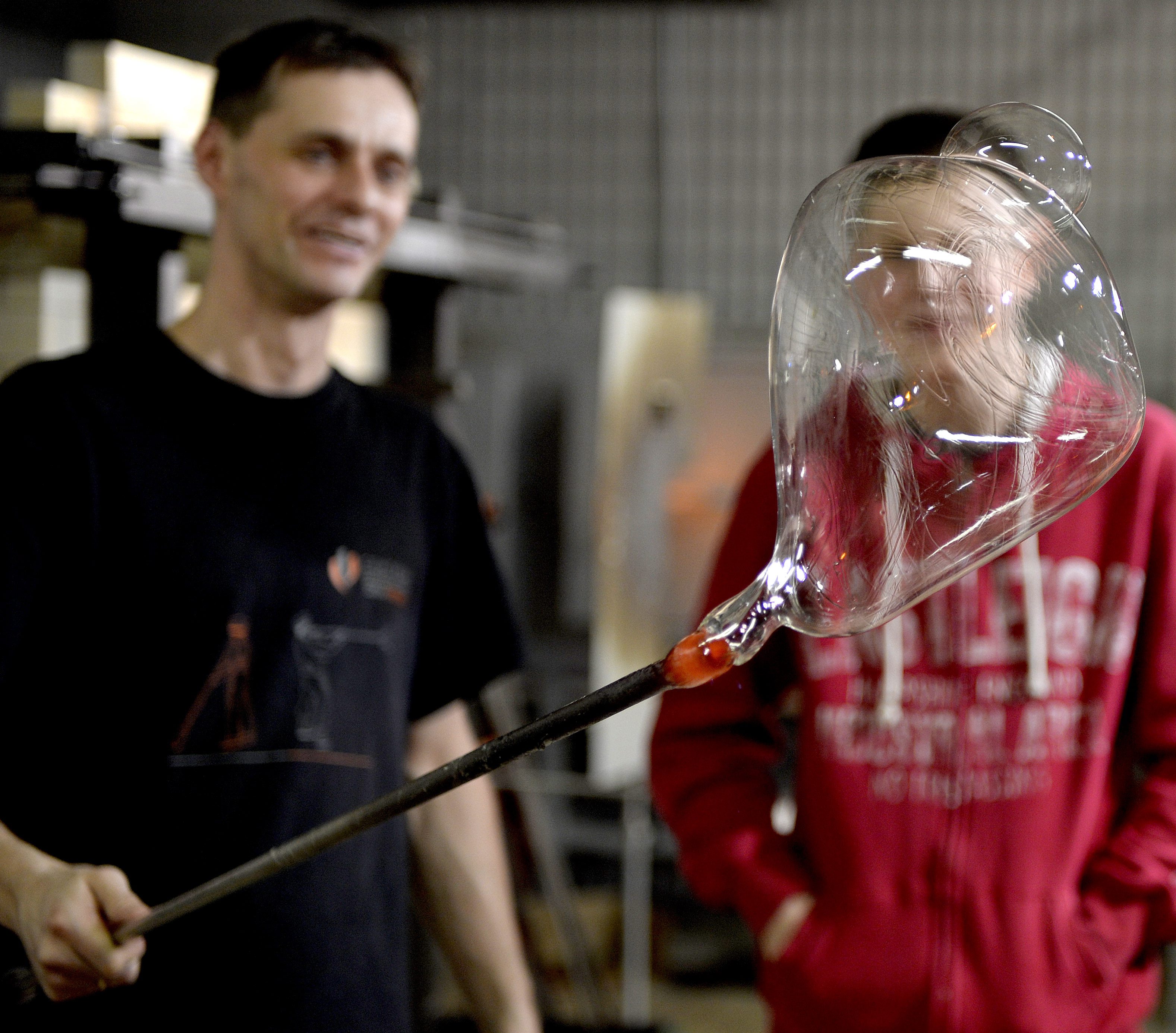 Housed inside a modern, multi-floored complex, it’s an illuminating experience (literally), that plunges visitors past fiery furnaces, engraving workshops, studious bauble painters and stained glass craftsmen. For light amusement, there’s even a hall of mirrors as well as exhibition rooms laid out every bit as intricately as if they were presenting the jewellery of the Tsar.

Inviting and intriguing, it is a microcosm of Krosno itself: an extraordinary place of subtle charms and colour.