As evening began to fall across the streets of war-torn Warsaw, a group of resistance fighters made their final preparations for what was to become known as Operation Arsenal - one of WWII’s most daring prison breaks.

The date was March 26th, 1943. A few days earlier, on March 22nd, underground Grey Ranks troop leader Jan Bytnar ‘Rudy’, an audacious 22-year-old who had gained a name for himself for sabotage attacks against the occupying Germans, had been arrested and thrown into the Nazi’s notorious Pawiak prison where he was brutally tortured. 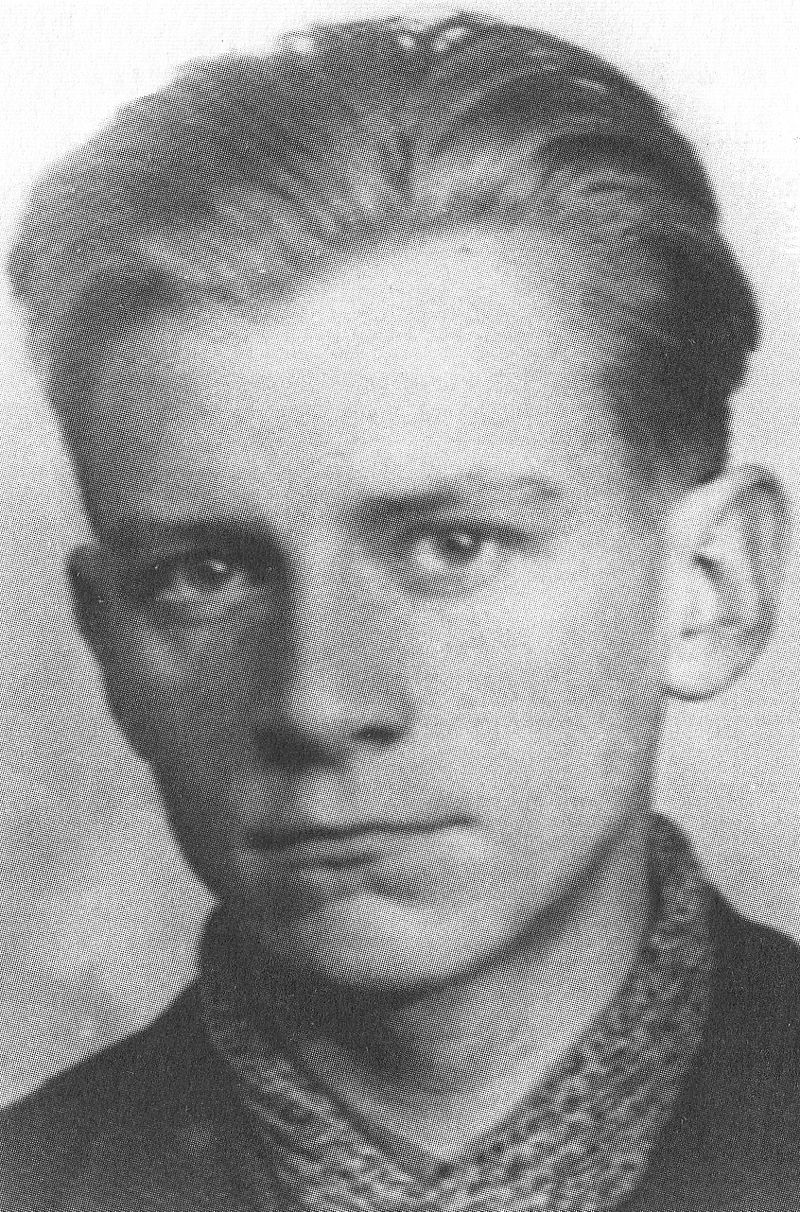 The plan was to rescue 22-year-old Grey Ranks troop leader Jan Bytnar ‘Rudy’ who had been arrested a few days earlier and brutally tortured. Public domain

It was whilst being transferred back and fourth between torturers at the prison and Gestapo HQ on Szucha Alley, that Rudy’s fellow scouts hatched a plan to free them.

At 5.30pm, as the truck carrying the prisoners reached the intersection of Długa and Bielańska streets near the Arsenal building, the 28-strong Grey Ranks Assault Group under the command of Stanislaw Broniewski ‘Orsza’, launched their attack. 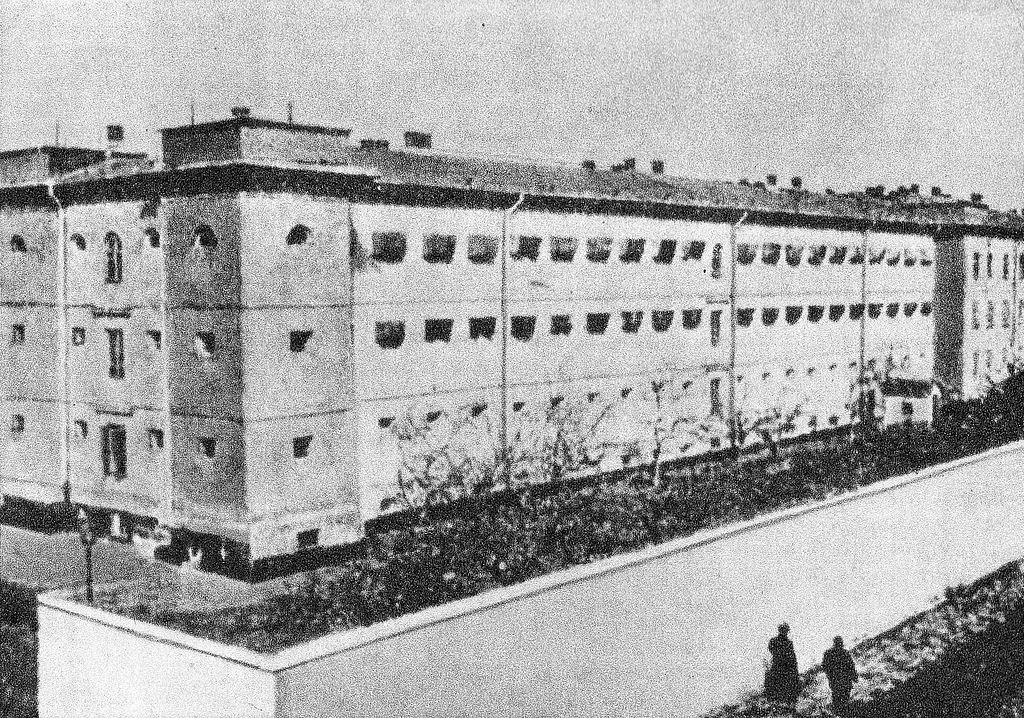 Pawiak Prison was one of the most feared locations in Warsaw during wartime occupation of the city. Public domain

Made up of members of the Centre (Centrum) and South (Południe) units, the groups divided into eight attack and cover groups.

The first, led by Jan Rodowicz ‘Anoda’, began with the commander taking out a policeman before the rest of the unit began pelting the transport’s cabin with inflammatory bottles, quickly enveloping it in flames. One of the German soldiers jumped out of the car, the other fell onto the road. As the truck continued to roll, a vicious gunfight ensued with the Polish combatants spraying the truck with bullets and the Gestapo men desperately firing back. 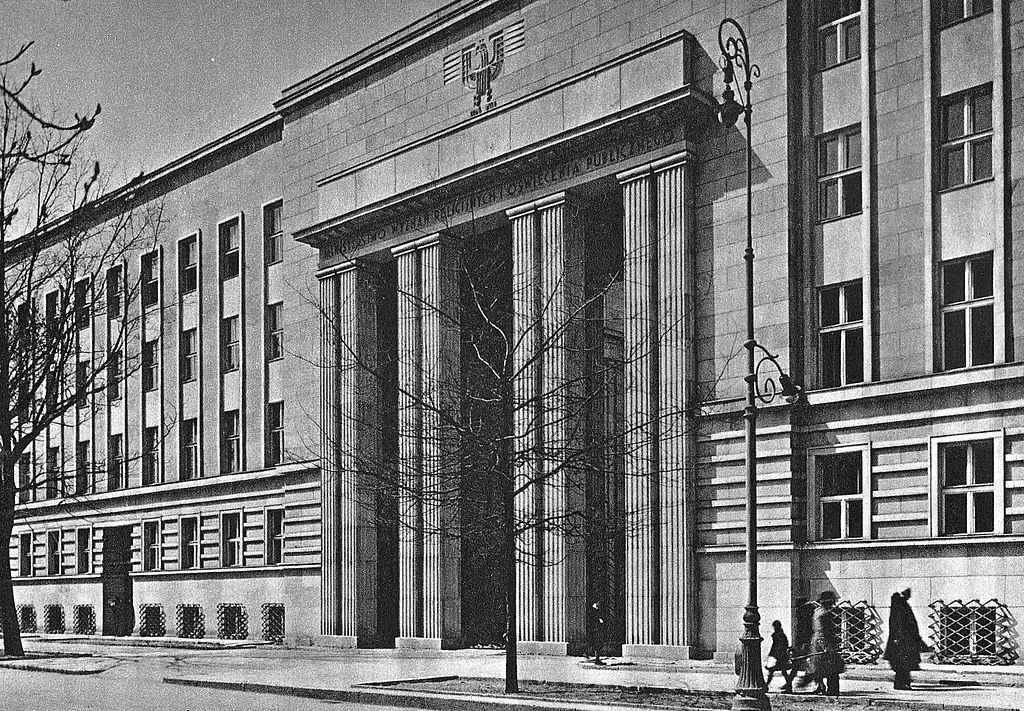 Rudy was brutally tortured at both Pawiak and the Gestapo HQ pictured here on Szucha Alley. Public domain

It didn’t last long. With one German dead, others running for their lives and the rest neutralised, the second Scout group sprang into action. Led by Tadeusz Zawadzki ‘Zośka’, they quickly secured the back of the truck before releasing the prisoners.

‘Zośka’ later recalled the moment ‘Rudy’ was rescued in a memoir that would go on to be turned into the book ‘Stones for the Rampant’ by Aleksander Kamiński. 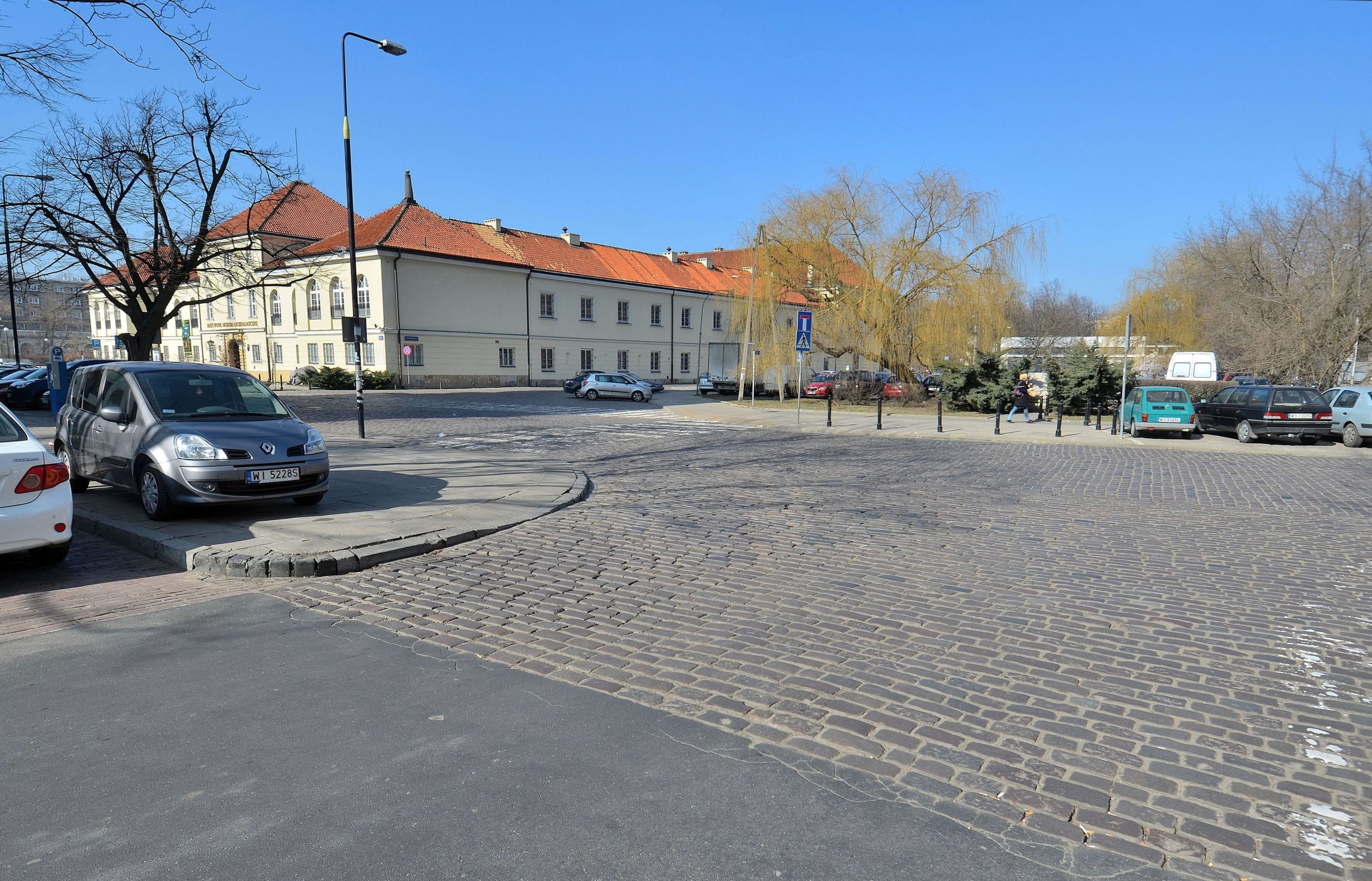 It was here, on the corner of Bielańska Street and Długa Street that the rescue operation began. The building in the background is the Arsenal.Adrian Grycuk / Creative Commons Attribution-Share Alike 3.0 Poland Licence

He said: “When all the prisoners were thrown into the street, Janek appeared from the depths of the car, crawling on all fours through the benches. Shaved head, green-yellow face, sunken cheeks, a huge bruise under the eye, blue ears. Big eyes wide open, looking at us. We took him in our arms. Every time we touched him we caused a scream of pain.”

The attack section withdrew taking ‘Rudy, who was placed next to the wounded group leader Taduesz Krzyżewicz "Buzdygan" in a car and driven in the direction of the Old Town. Other prisoners were escaping by car or by foot with the Gray Ranks combatants. Some were helped by the archive workers from the Arsenal building, who guided them to through its corridors back to safety. 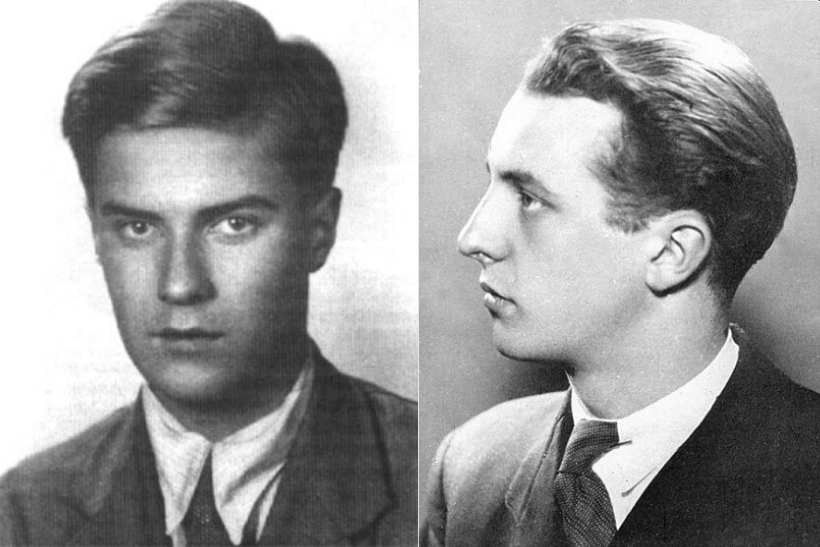 ‘Zośka’ was in the car with ‘Rudy’: "For the first moments I didn't pay any attention to him [Rudy - TFN]. At one moment I looked at Janek. (...) There was a smile on his face through a grimace of pain. He took my hand in his hand and held it tight. His hands were black and swollen. He said: ’Tadeusz, oh Tadeusz, if you knew’. I calmed him down saying that he would be home in a moment. After a while, he said: ‘I didn't think you'd do it’.”

Rudy died from his torture wounds on March 30th.

As a result of the operation, two of the Gray Ranks suffered heavy wounds: Maciej Aleksy Dawidowski ‘Alek’ and Tadeusz Krzyżewicz ‘Buzdygan’. Alek and Rudy would die of their wounds on March 30th, while Buzdygan a few days later. Another scout Huber Lenk, was caught by the Gestapo and tortured to death. 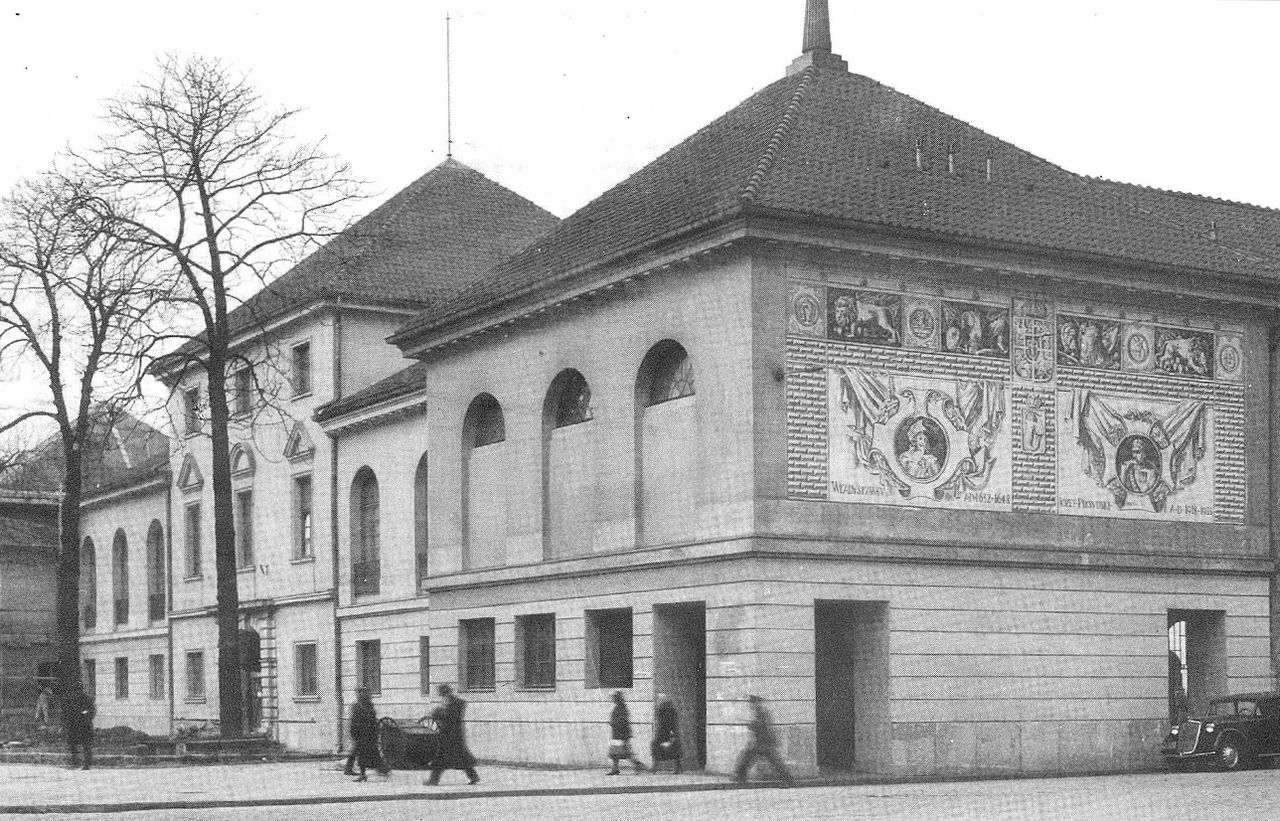 The arches under the Arsenal building provided cover for the scouts after the attack was launched. Public domain

The German side suffered four casualties and nine wounded.  In retaliation, a day after the operations the Nazis executed 140 Poles and Jews in the Warsaw’s Pawiak prison yard. Grey Ranks assassinated Jan Bytnar’s interrogators within two months of the action.

The Arsenal Operation was the Gray Ranks’ first major military action during World War II. The ‘Stone for the Rampart’ book to this day is on the list of obligatory readings for Polish schoolchildren.

The Operation was also shown in two films: 1978 ‘Akcja pod Arsenałem’ directed by Jan Łomnicki, and 2014 ‘Stones for the Rampart’ by Robert Gliński.