Joseph had a sweaty, red face adorned with a moustache.

He used to brush his hair with a small plastic comb hidden in the back pocket of his trousers. Joseph didn’t look like a handsome “Polish plumber” from the famous commercials, but my mother couldn’t live without him. My father was sulking a little, and sometimes allowed himself to be ironic about Joseph. But when the boiler broke down in winter, he grabbed the phone to call our – as people in Poland say – ‘golden hand’.

We lived in a block of flats from the Soviet times. The architects were excellent, but during the construction, their projects were adapted to reality. That's why the plaster was paper-thin, the electric sockets were in the oddest places, and the floors and walls were uneven, so the tiles were constantly falling off. Large enterprises were struggling with the same problems. Even an automotive company producing the famous little Fiat 126p. The dreamed of car that my parents bought in 1987 broke down a week after leaving the factory. Our washing machine was twenty years old. It often flooded the bathroom and someone had to put the tiles back. 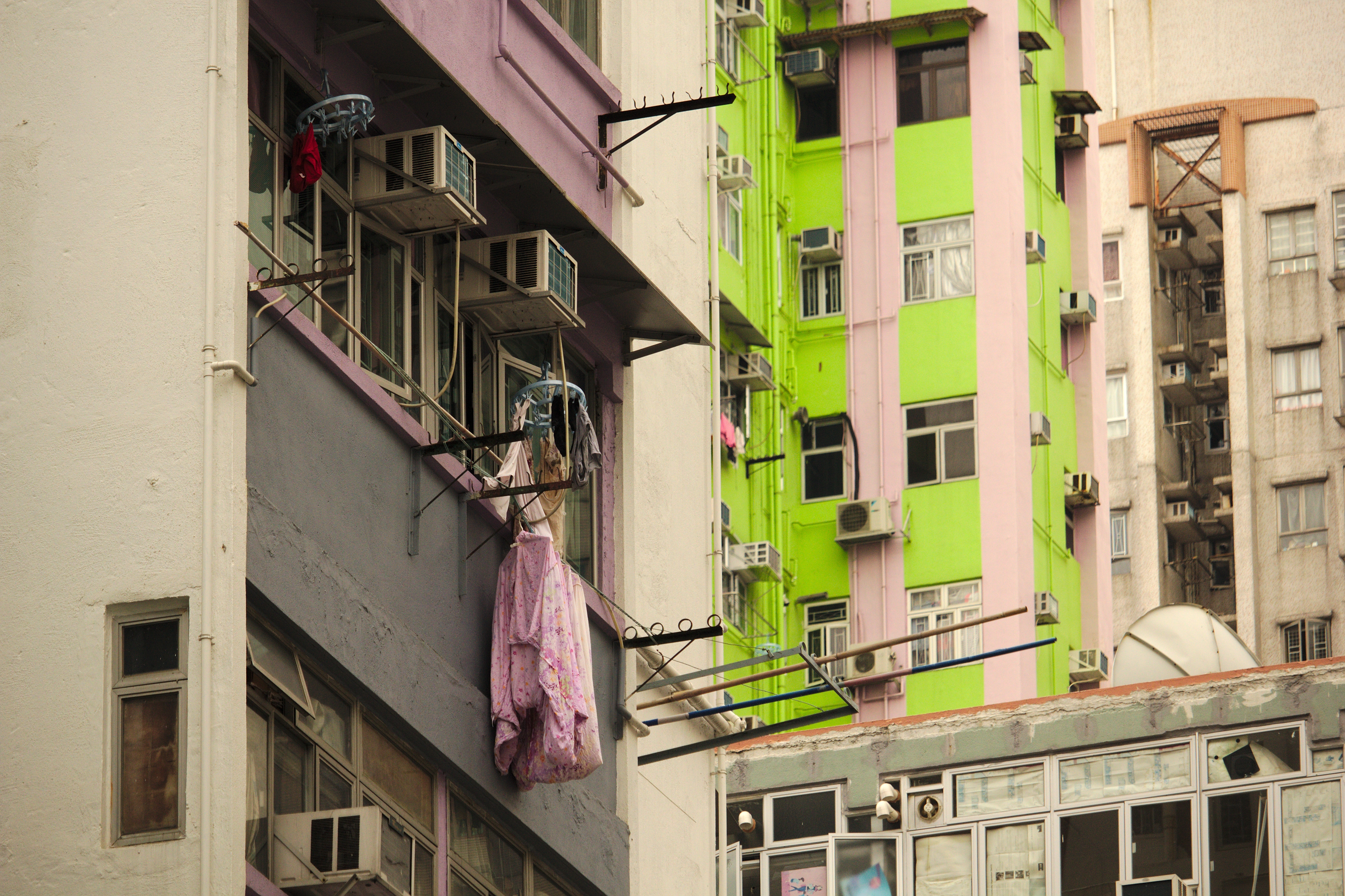 We lived in a block of flats from the Soviet times. The architects were excellent but their projects were not and when things broke down my mum was straight on the phone to our local handyman.Chromatograph on Unsplash

‘Mr Joseph, save us!’, my mother cried on the phone at least twice a month. ‘I’m on the way!’, answered Joseph and jumped to his old, but spectacular, Audi 80. Sometimes with his son, who was my age. When Joseph was repairing a washing machine, tiling, or plunging a sink, we played together. When Sebastian grew up, he helped his dad holding a cable or handing a screwdriver.

Sometimes I wonder if socialism would have fallen much earlier if Mr Joseph did not patch, repair, staple and tape all the falling equipment produced by factories. Multitasking and the ability to improvise were common. However, in the case of a larger job, it was expected that a handyman would handle everything. If Joseph went to renovate a house, he could scratch the wallpaper, lay down plaster, paint the walls, repair the pipes, flushes, tiles and straighten the driveway to the garage. And in his spare time, he offered to fasten the broken bumper of our Fiat 126p and replace the brake pads.

Thanks to Mr Joseph and the whole army of similar ‘golden hands’, we lived in houses where the roof didn’t leak, and the cars somehow drove, although it was impossible to buy any parts in the shops. After 1989, socialism ended, and in 2004 Poland became a member of the European Union. We started to earn a little more, travel the world and buy western washing machines, fridges and cars, which break down less frequent, but once it happened, nobody was able to repair them. I've found out about it when my mother called upset:

‘The washing machine broke down. Do something!’. 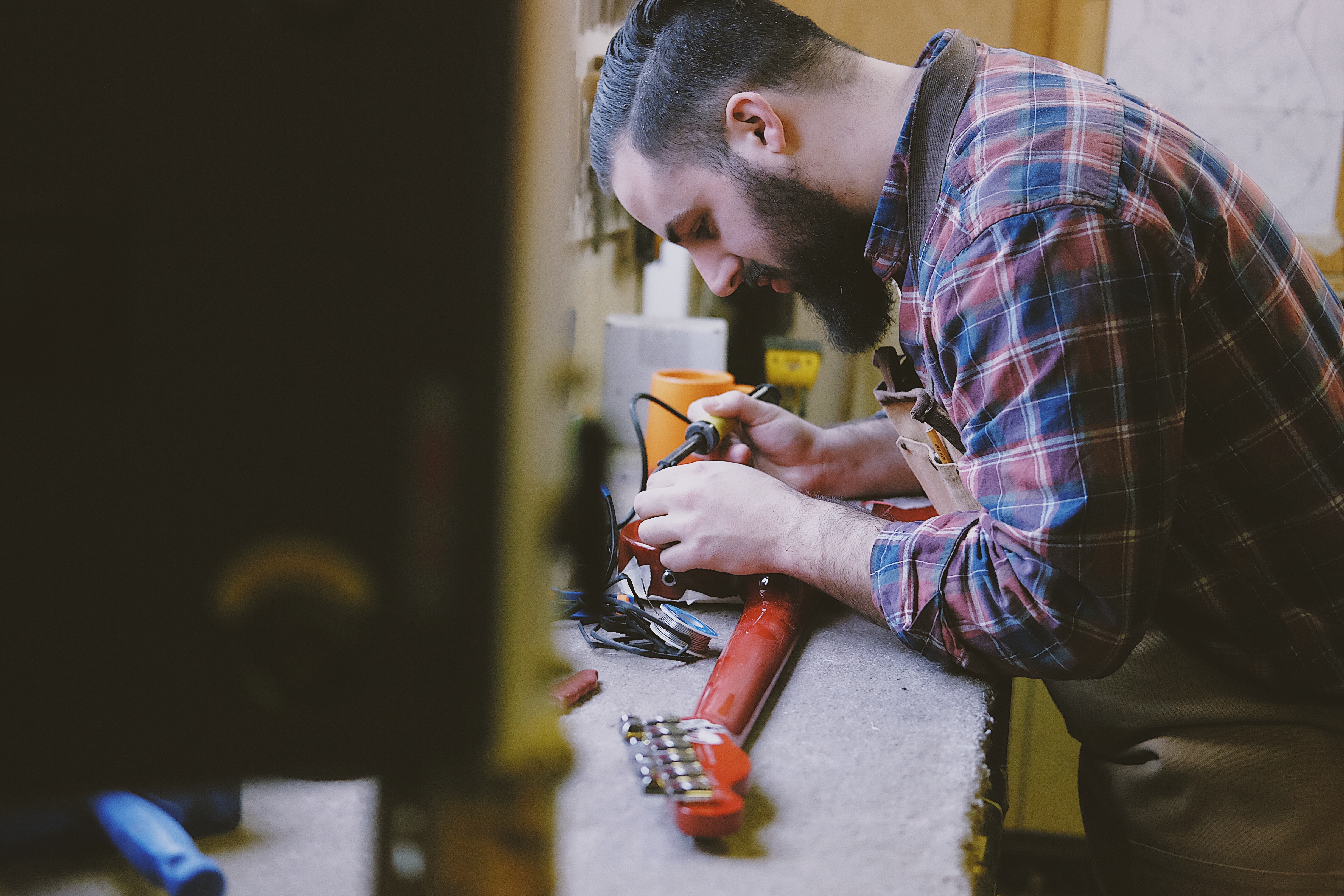 Mum’s handyman Joseph and his son Sebastian could turn their hands to fixing anything.Jonny Swales on Unsplash

‘When did you buy it? Three years ago? Call Mr Joseph!’.

I raised my eyebrows.

‘Mr Joseph has no time? Impossible! And his son?’.

‘Sebastian is in England. Like all of the best handymen. And Joseph here can't get away from requests. He said he could come next month’.

I sighed and sat down at the computer. In a second, Google displayed a list of plumbers. The fourth, to whom I called, agreed to come the next day. But his visit lasted only two minutes.

He unscrewed the filter and scratched his chin.

‘Should I be honest?’, he asked. I looked at my mother who was pale. ‘If I were you, I would buy a new washing machine. Repair will cost at least 700 and for a 1000, you’ll buy a new one that will work without problems for at least two years’.

Only two years? How is it possible that the Soviet washing machine operated for twenty years and now the day after the warranty expires, the device breaks down? 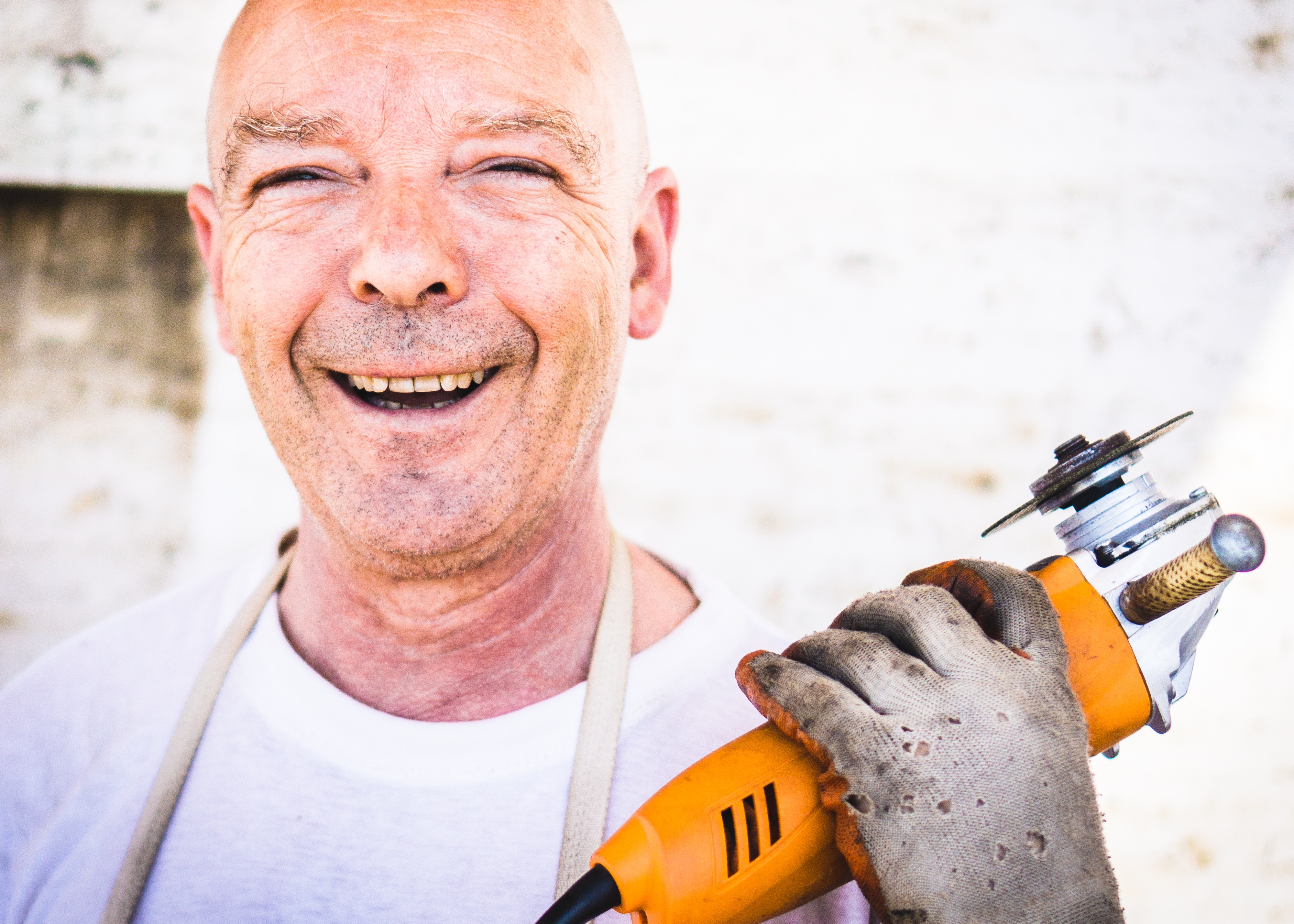 Mum was delighted when Poland joined the EU, but furious that all our handymen had cleared off to the UK – who was going to fix her leaky pipes and do general repairs?David Siglin on Unsplash

‘Well, goodbye’, said the man holding out his hand. ‘200 for the consultation, please’.

‘For the advice that we should buy a new washing machine?’, my mother was cross. ‘Is that why I voted to join the EU, so that all handymen could escape to the UK, and only the “consultants" remained?’.

A few years later I left Poland and moved to Liverpool. When autumn came, a picturesque mould appeared on the wall of our house. Five calls to the administrator and a month of waiting later an expert came. He looked at the wall punctuated with black dots. 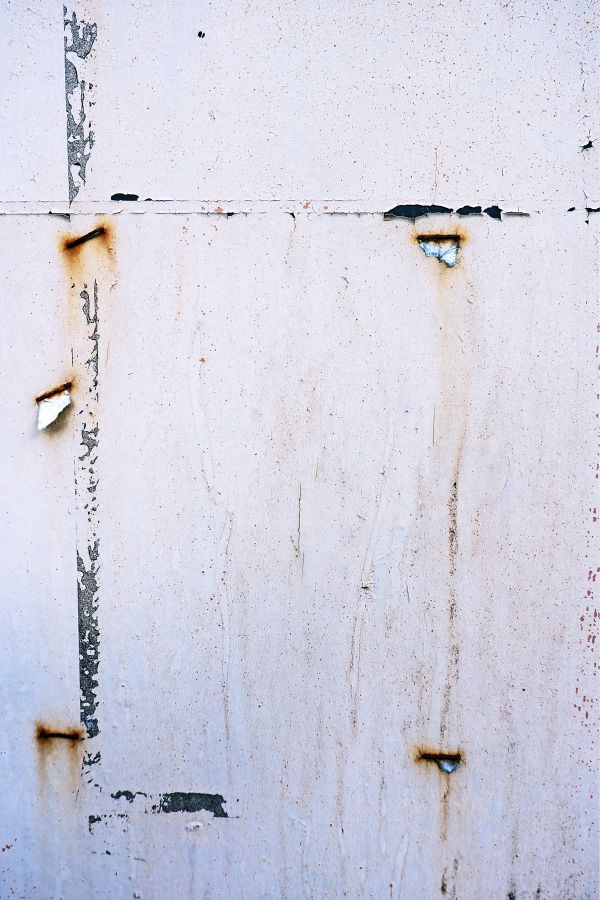 After moving to the UK, mould appeared on one of our walls. But when the local handyman cam round, he scratched his head and said we needed an expert.Andrew Buchanan on Unsplash

‘Who knows?, he replied. ‘But it certainly won’t hurt’.

‘By the way, as you're here…’, my wife said ‘…maybe you could fix the window handle.

‘Well, also a flush’, I added. ‘It’s a triviality, but very annoying’.

The English handyman shook his head.

‘Sorry, mate. I’m specialized in mould. Call the administrator for the next visit with a proper technician’.

‘Don’t you have anyone who knows more than one thing?’, I was annoyed because the telephone conversation with the administrator in a Scouse dialect was torture for me. 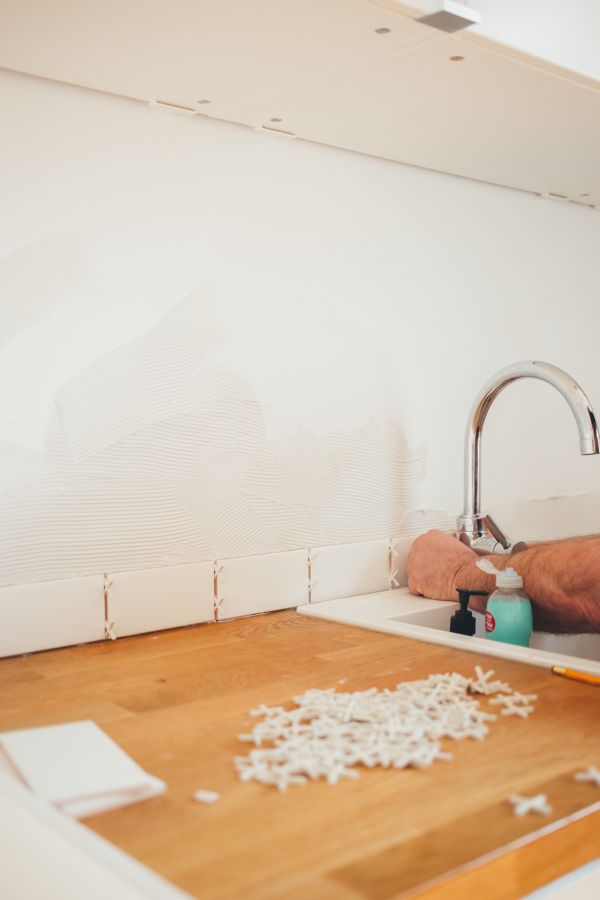 When Sebastian went back to Poland Mum was delighted as at last there was someone who could do her repairs.Charles ph on Unsplash

The specialist blinked twice, recalling something from the depths of his memory.

‘There was one who worked for us. He was Polish’.

‘Sorry, mate. Two months ago Sebastian went back to Poland’.

‘Well… Brexit and these matters. He said he has a lot of work in Poland’.

I did not know if I was more annoyed or proud.

‘At least my mother will be happy’.

He looked at me astonished.

‘What are you saying, mate?’

I smiled. ‘No worries, mate,’ I replied.