The heart of Africa: This week Sergiusz teams up with Nat Geo snapper Dominik Skurzak

Why So Serious?
Sergiusz Pinkwart September 14, 2019

It was plus thirty-five degrees Celsius in the morning, a couple of hours ago.

Since then, the temperature has jumped at least ten degrees. An oppressive heat beats down from the sky. Land rovers come to a small village lost in the Gambian bush. You can see them from afar because reddish laterite dust hangs over the cars.

Normally this view would arouse emotions here because tourists rarely visit the village. But today nobody even goes to the threshold of the house. It is Ramadan – the Muslim month of fasting. Followers of the prophet from sunrise to sunset cannot eat anything or even drink water. No wonder during the day everyone saves strength. 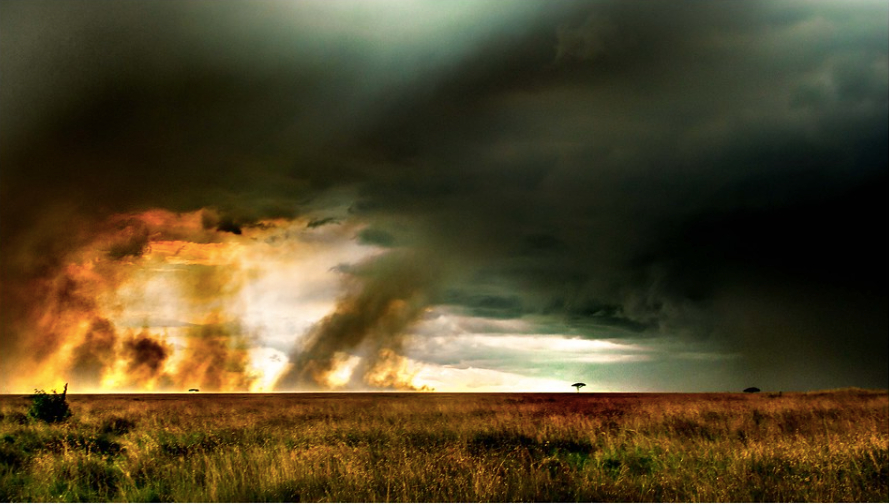 Gambia has some of the most beautiful vistas in the world. Dominik Skurzak

The car stops in front of one of the huts. The broken door hangs on one hinge. The clay brick wall almost fell apart. An elderly woman lives in the house. She didn't have the health or money to renovate the hut.

Several white men and a woman jump out of Land Rovers. They take out tools from the trunk and get to work. They fix the door, put up the fence, straighten the wall. 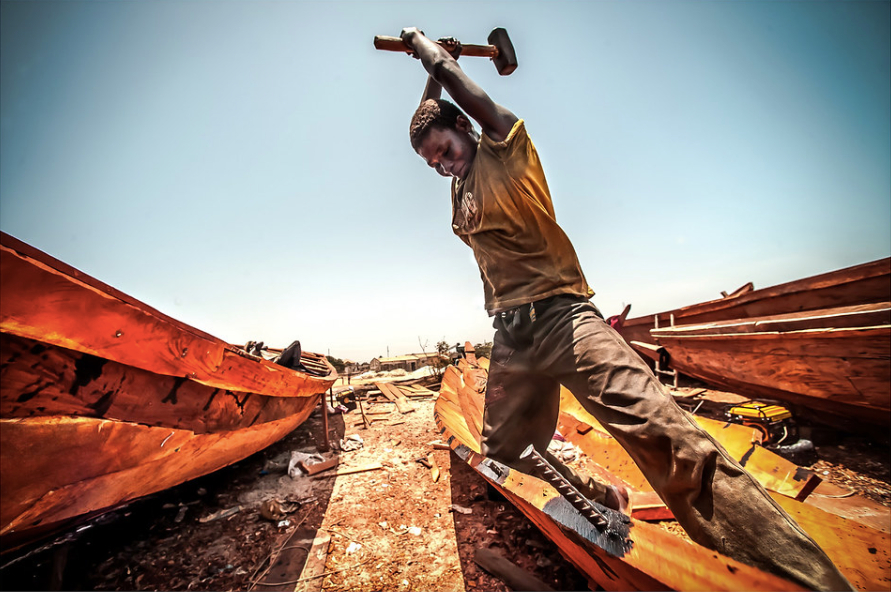 Dominik lets his tourist discover a world beyond the swimming pool where they can meet the real people of Gambia. Dominik Skurzak

The locals are watching from a distant. Kids are the first to come. They carry tools and help. Then come the adults, wanted to find out who these odd strangers are who completely do not correspond to the stereotypical image of a white tourist. Locals start working side by side with strangers. Poles and Gambians together.

“Children always come to us first,” explains Dominik Skurzak, traveller, adventurer and owner of the Africa Point travel agency. “Then the adults come up. They often, for the first time in their lives, see Europeans doing something for Africans. Because contemporary tourism in Third World countries often only strengthens negative stereotypes. 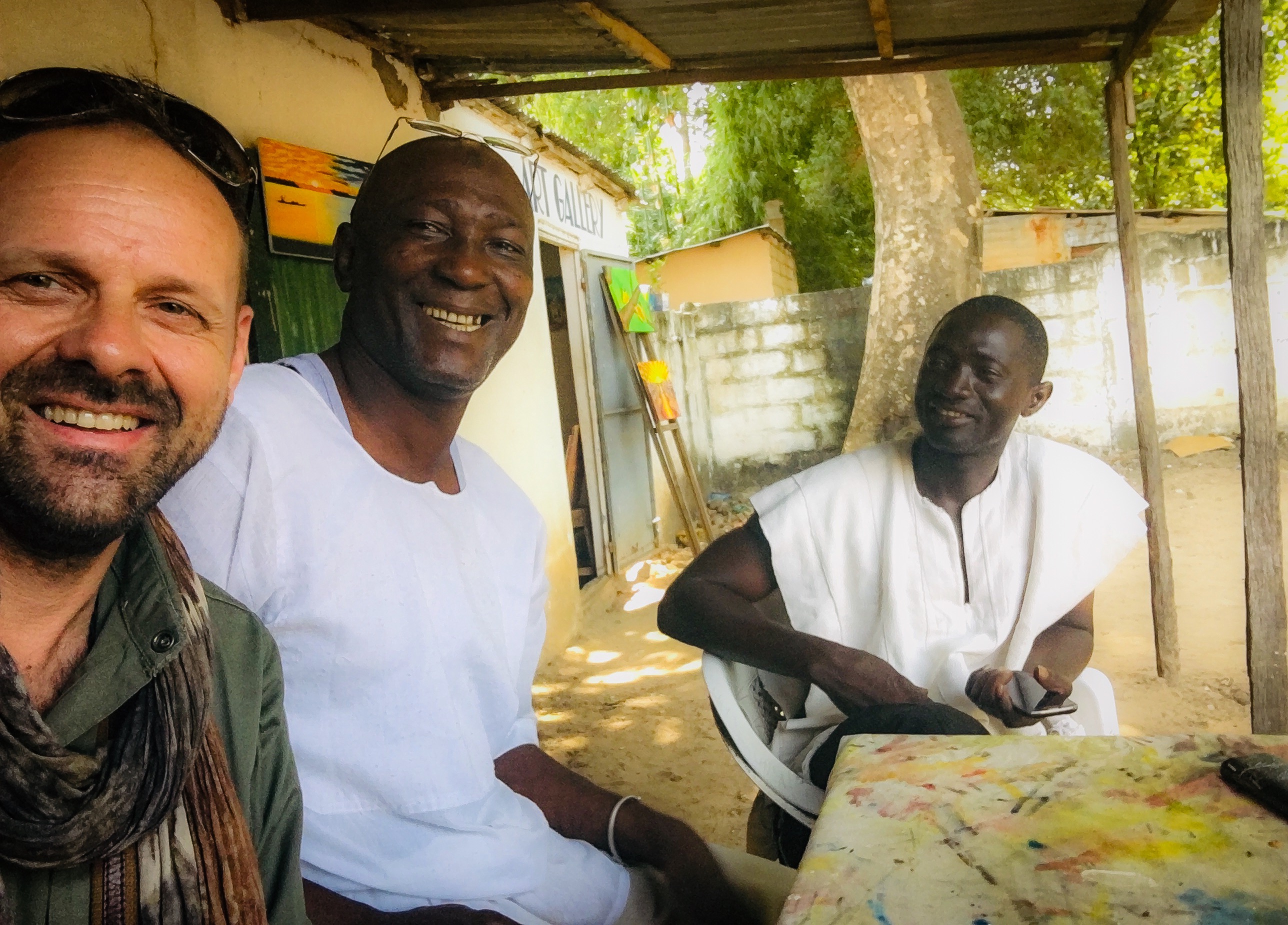 Dominik has opened a tourist office, thanks to which travellers are changing the world for the better, actively helping local communities.Dominik Skurzak

“White, in a country like the Gambia, is someone to be served. Carry suitcases behind him, serve food and isolate him from the spartan conditions of African life. It builds intercultural barriers. I wanted to tear down this cultural wall and destroy our comfort zone.”

I show him statistical calculations. Seventy seven per cent of trips bought in travel agencies are the all-inclusive holiday. They are so popular that they have become almost synonymous with family vacations. Poles, like Germans or the British, love fenced tourist resorts, where you can enjoy a lighthearted dolce far niente, eat standard meals and drink for free by the pool. 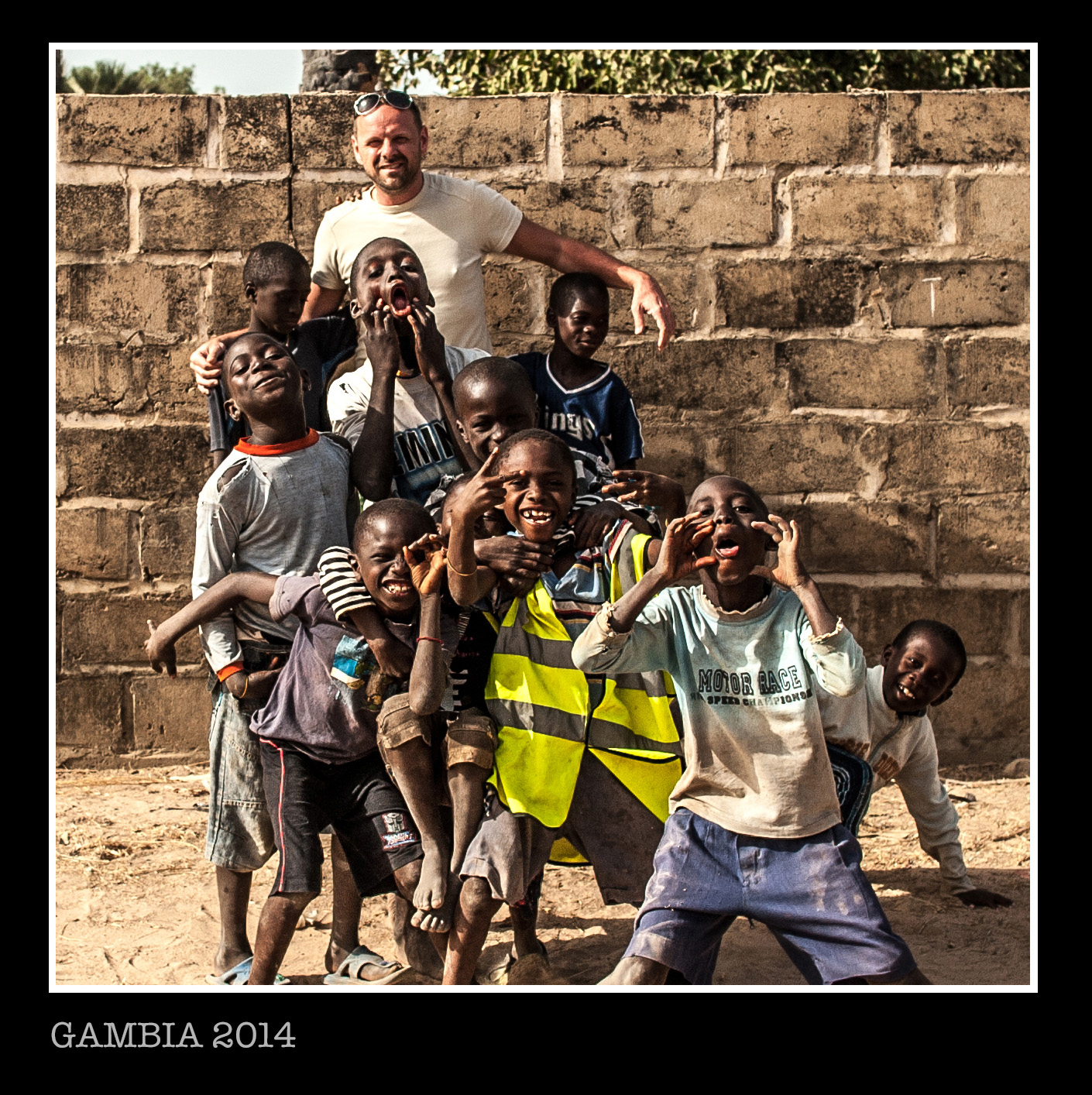 Dominik fell in love the country during one of his earlier trips there for National Geographic magazine. Dominik Skurzak

“And so what?” asks Dominik. “Even if 99 per cent of tourists around the world dream about being bored somewhere in the tropics by a hotel pool, there remains 1% of those who want something more. They will be curious about the truth of the place where they spend their holidays.”

Dominik knows what he is saying because before he founded a travel agency, he was one of the most successful Polish photographers, a member of the elite Getty Images agency and the author of many photo exhibitions in Poland and abroad. 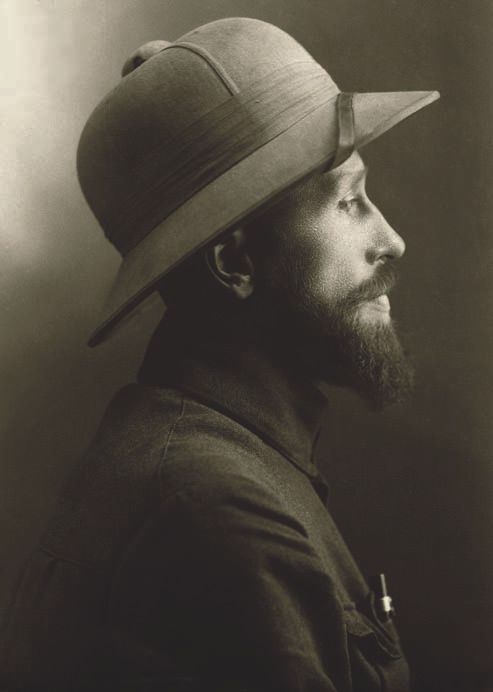 Dominik does not hide his fascination with the Polish traveller Kazimierz Nowak, who before the Second World War travelled across the whole of Africa on a bicycle.Wikipedia

Once, he went to the Gambia with his family. He returned to Poland hungry for more. He knew he had to come back and get to know Gambia. The result of many self-governing journeys, only with a camera, was the book - the first Polish guide to the smallest country in continental Africa. And then a small boutique expedition agency. 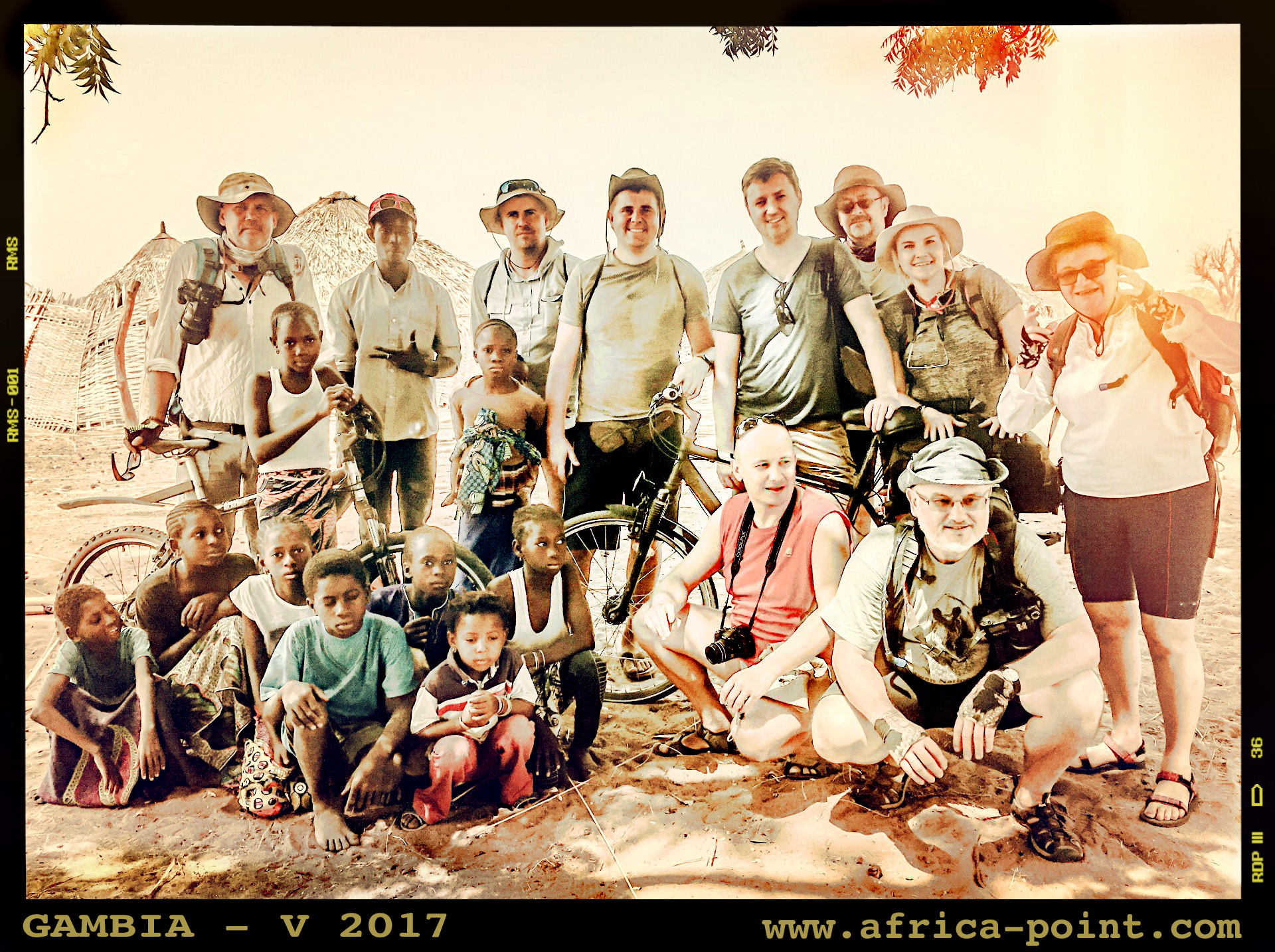 He assumed that more people think like him. Instead of lying by the pool, they want to get to know the country and people. Find out what the world of the African people is made of. Shop at the market with an African "mom". Try to make the flour with the locals, cook and eat dinner. 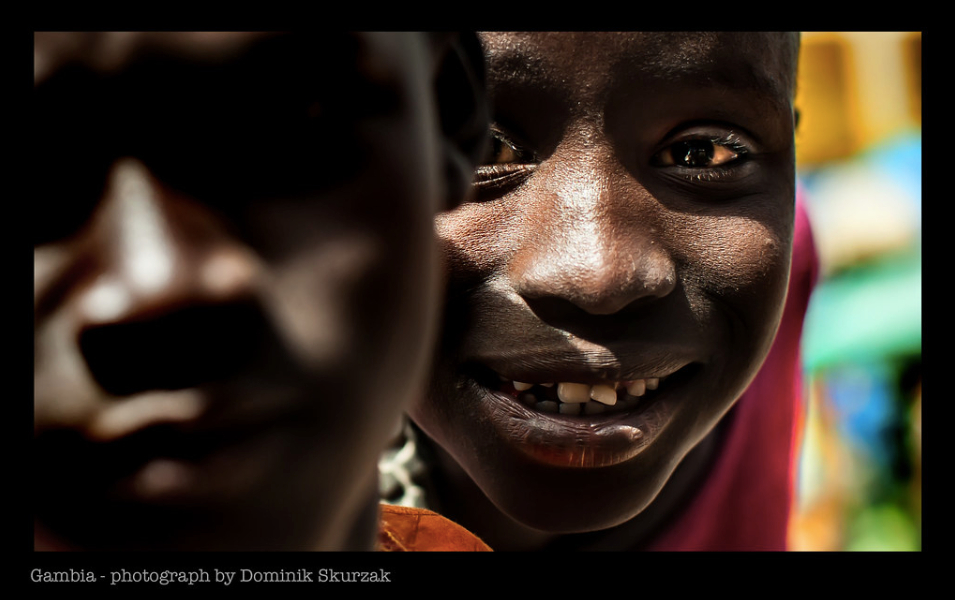 Children always come to us first,' explains Dominik. 'Then the adults come up. They often, for the first time in their lives, see Europeans doing something for Africans. Because contemporary tourism in Third World countries often only strengthens negative stereotypes.'Dominik Skurzak

Dominik does not hide his fascination with the figure of the Polish traveller Kazimierz Nowak, who before the Second World War travelled all of Africa on a bicycle. Letters to his wife and reports to Polish newspapers are today extremely sharp and accurate social diagnoses. It is a shame that this traveller did not break, with his reporting, to European public opinion. He could be as well known and esteemed as Henry Morton Stanley. 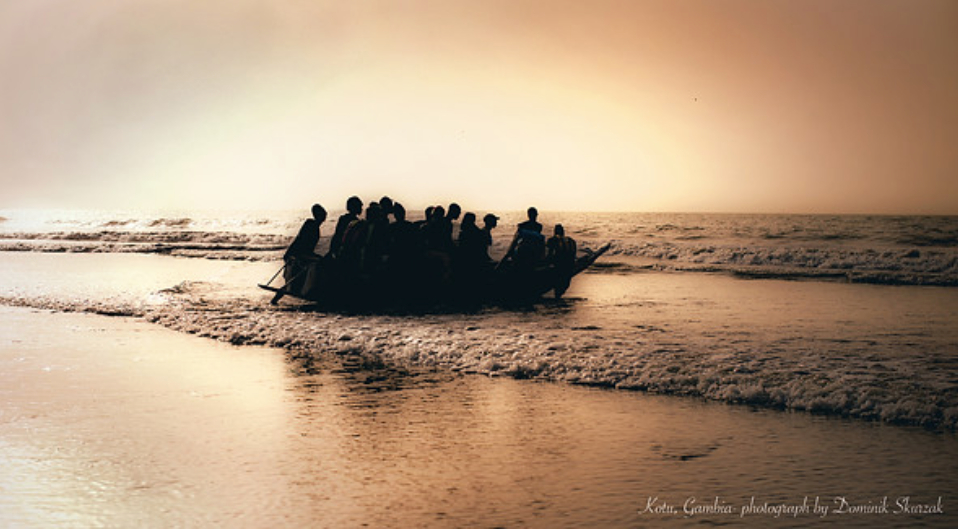 The most rewarding holiday is one where you discover the true country. Dominik Skurzak

Dominik decided to commemorate Kazimierz Nowak and created expeditions to the Gambia in the style of a Polish traveller – on foot across the bush. It turned out that quite a lot of Poles want to explore Africa in this way and the excursion was a success. Just like the idea for an unusual vacation, during which in Ramadan we spontaneously help the poor inhabitants of Africa. 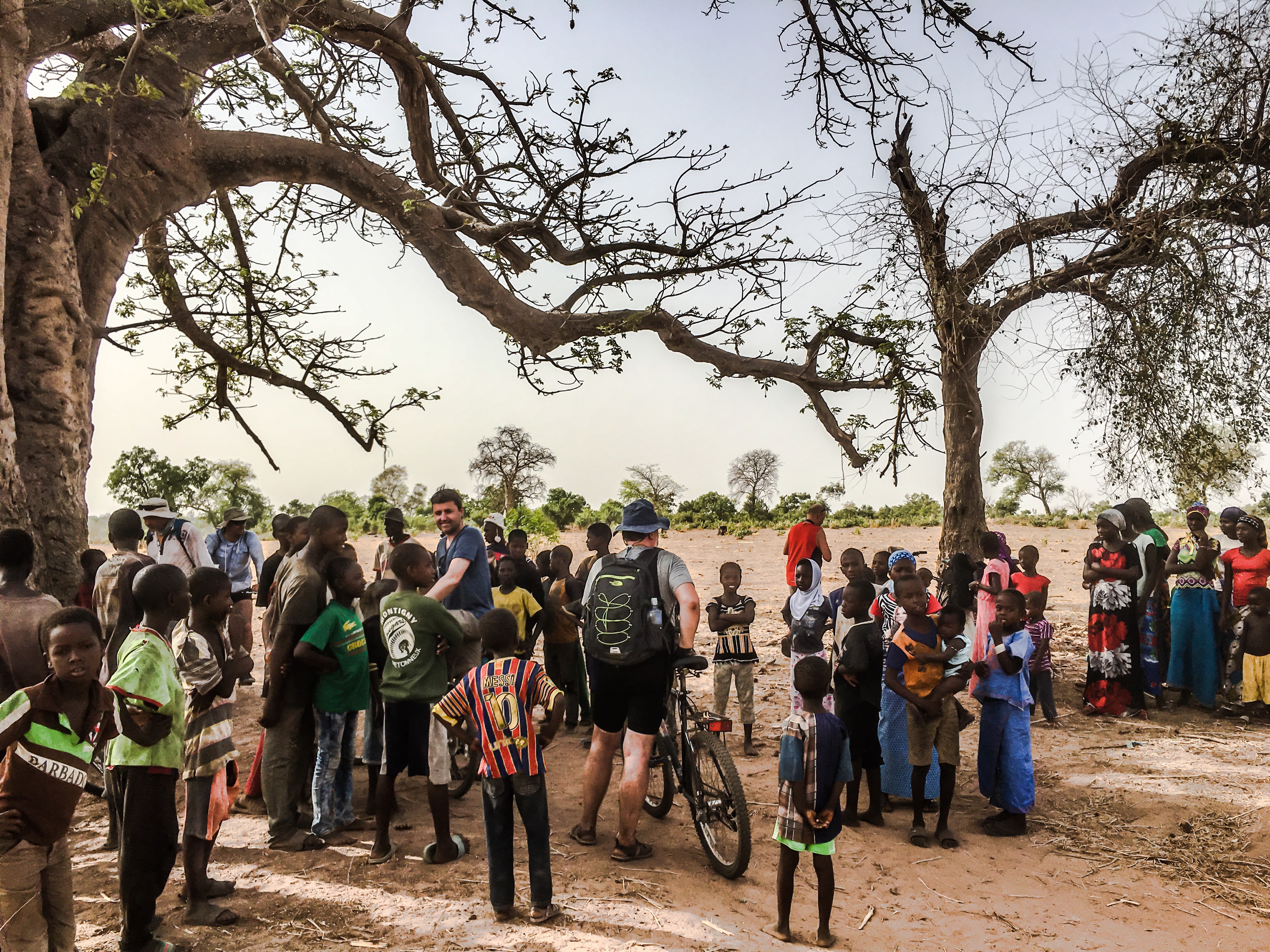 Dominik wants his tourists to find out what the world of the African people is made of. Shop at the market with an African 'mom'. Try to make the flour with the locals, cook and eat dinner.Dominik Skurzak

The sun sets over the village and the evening comes. Poles and Gambians sit around the fire. If there were any barriers, they cracked a few hours ago. Because nothing brings you closer than working together.

“Is it a good idea for a vacation?”, I ask. “Better than lying on a deck chair and sipping free drinks?”

I look at the participants of the expedition who are discussing, joking, singing and just having fun after a fairly overworked day. The cultural wall has collapsed. And I don't ask any more questions.

To see more of Dominik’s stunning photography and to find out more about his travel agency click here:

Poland further limits admission of Russians on its territory

Most Poles believe Russians should not freely travel to EU