The golden age of steam-powered transatlantic travel has been honoured via a set of stamps showcasing a trio of Poland’s most glamorous pre-war ships.

Released towards the end of last month, the stamps were designed by Marzanna Dąbrowska, a visual artist with a long history of creating such works for Poczta Polska. 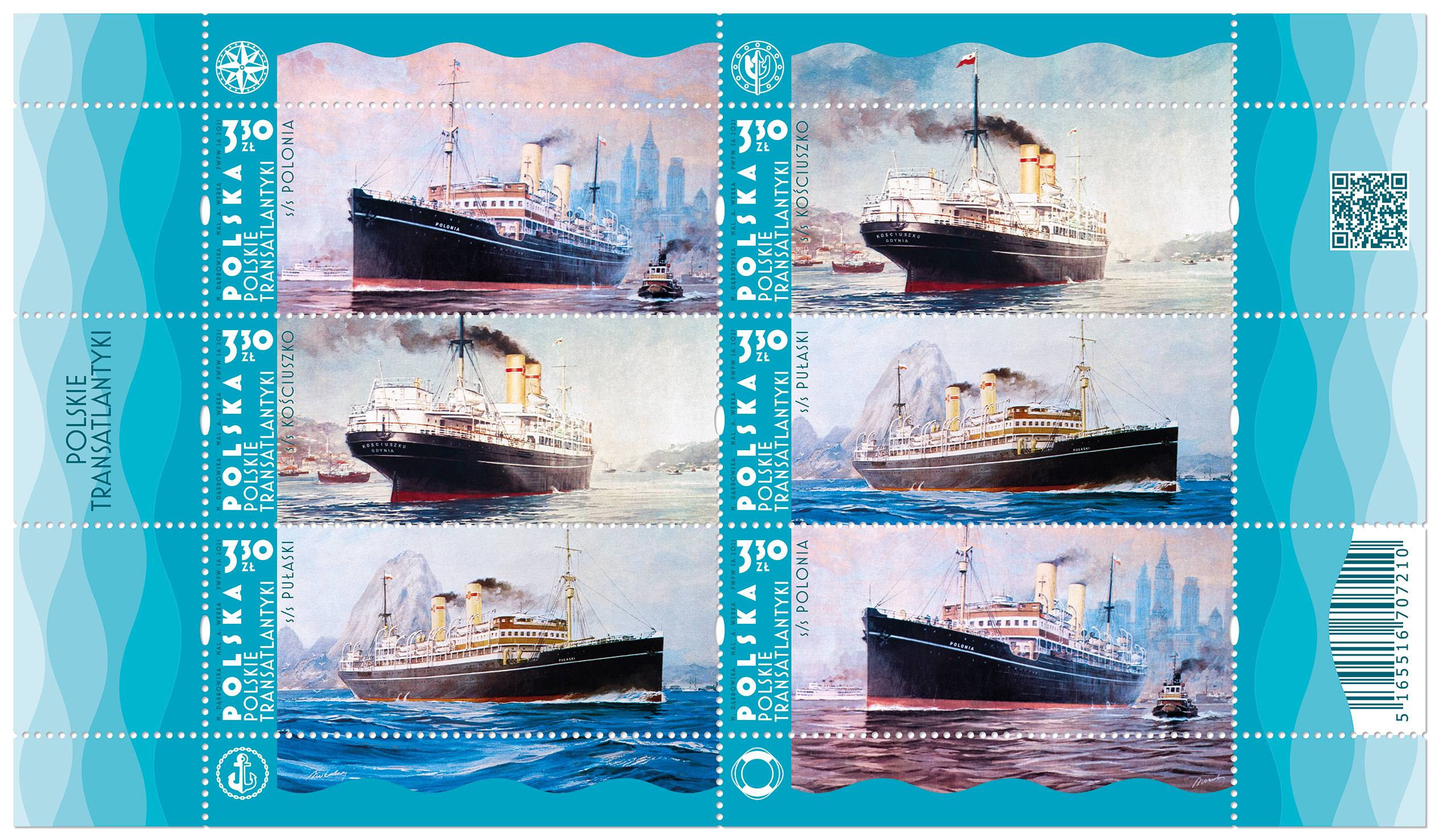 The three ships were transferred to Polish ownership in 1930 and became the pride of the Polish fleet.poczta-polska.pl

Striking in their intricacy, the stamps depict the Polonia, Kościuszko and Pułaski, three ships that represent the most romantic era of international shipping.

Ordered by the Danish East Asiatic Company, and registered to their subsidiary in Russia, the Polonia was built in 1910 by Barclay, Curle & Co. Ltd. in Glasgow. Originally christened the Kursk, it was sold in 1930 to the Polish Transatlantic Ship Society (PTTO) after its previous owners were left reeling from the collapse of America’s economy. 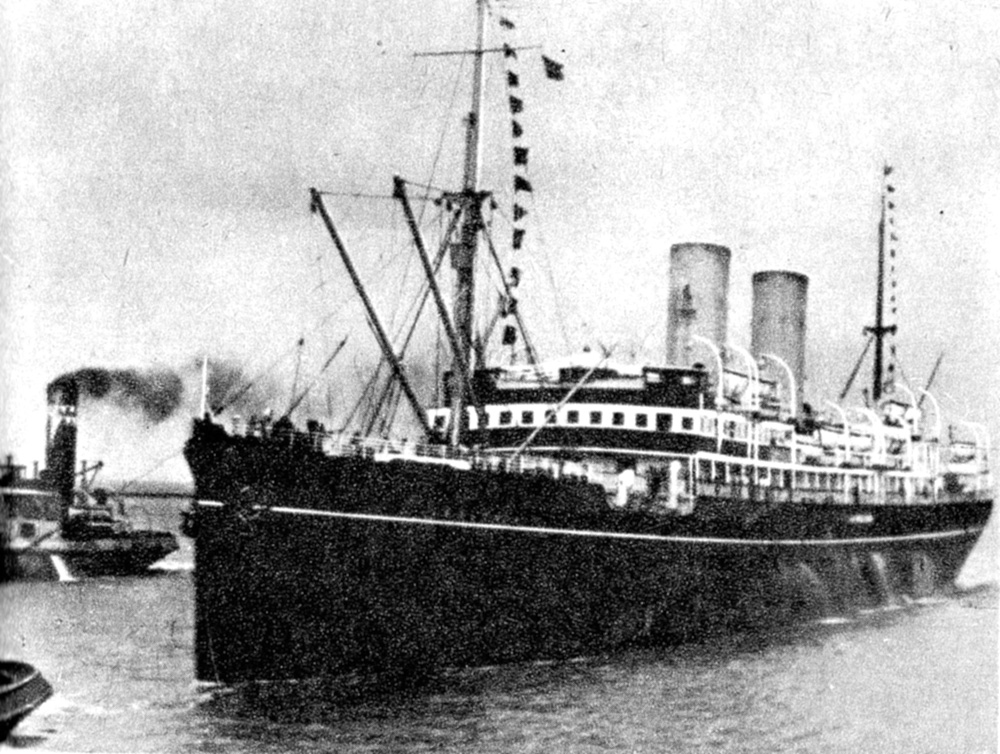 Pictured entering Gdynia in 1930, the Polonia later carried many Polish Jews to a new life in Palestine.Public domain

Promptly renamed the Polonia, it served the Gdynia-Copenhagen-Halifax-New York line and was captained by Mamert Stankiewicz.

Three years later, the boat’s route was switched to run a course covering ports such as Istanbul, Jaffa, Haifa and Piraeus and carried many Polish Jews to a new life in Palestine. 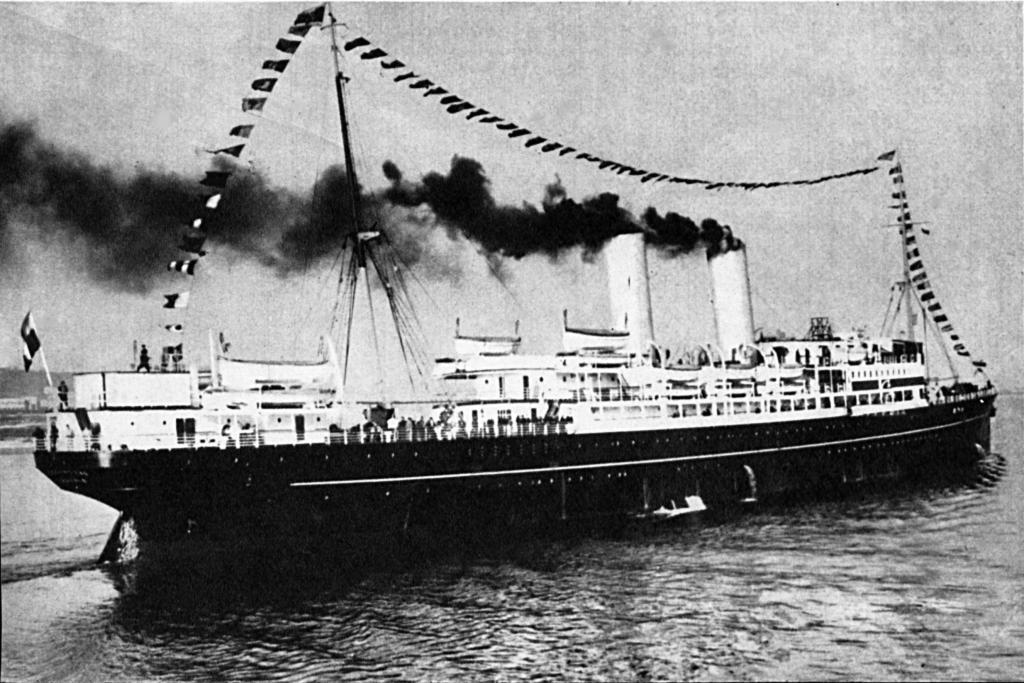 It was on board the Kościuszko that four bison were transported to Poland, thereby giving birth to what would later become known as the European Bison Breeding Center.Public domain

Making 123 journeys along this route, the 7,500 ton boat was retired in 1939 and sold for scrap to Italy just months preceding the war.

However, the Polonia was just one of four boats that were originally ordered around about the same time by the East Asiatic Company, and two more of these were also sold to Poland in 1930 during the panicked fire sale that was sparked by The Great Depression. 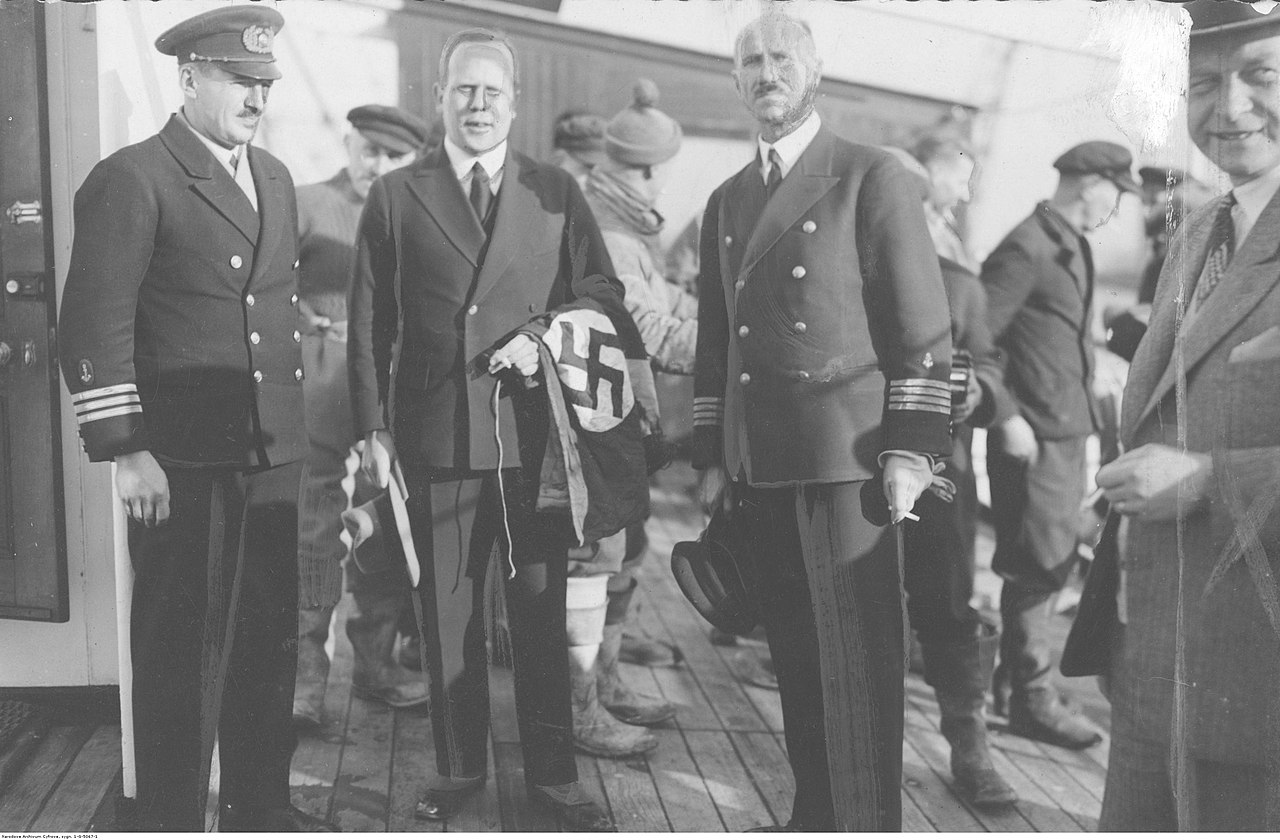 The captain of the Kościuszko, Eustazy Borkowski assisted in helping save the sinking German boat the Horst Wessel. Pictured on the right, he appears next to the German Consul who holds the ship’s flag.Public domain

First-known as the Tsarina, the SS Kościuszko was one of these. Previously pressganged to serve as an army transport during WWI, it was later captained by Eustazy Borkowski, a colourful and charismatic character known for entertaining his passengers.

In 1933, both he and his boat hit the headlines after they dashed to help save people on board the German trawler, the Horst-Wessel, as it was sinking. The following year, his boat helped transport four bison from Canada to Poland, thereby giving birth to what would later become known as the European Bison Breeding Center. 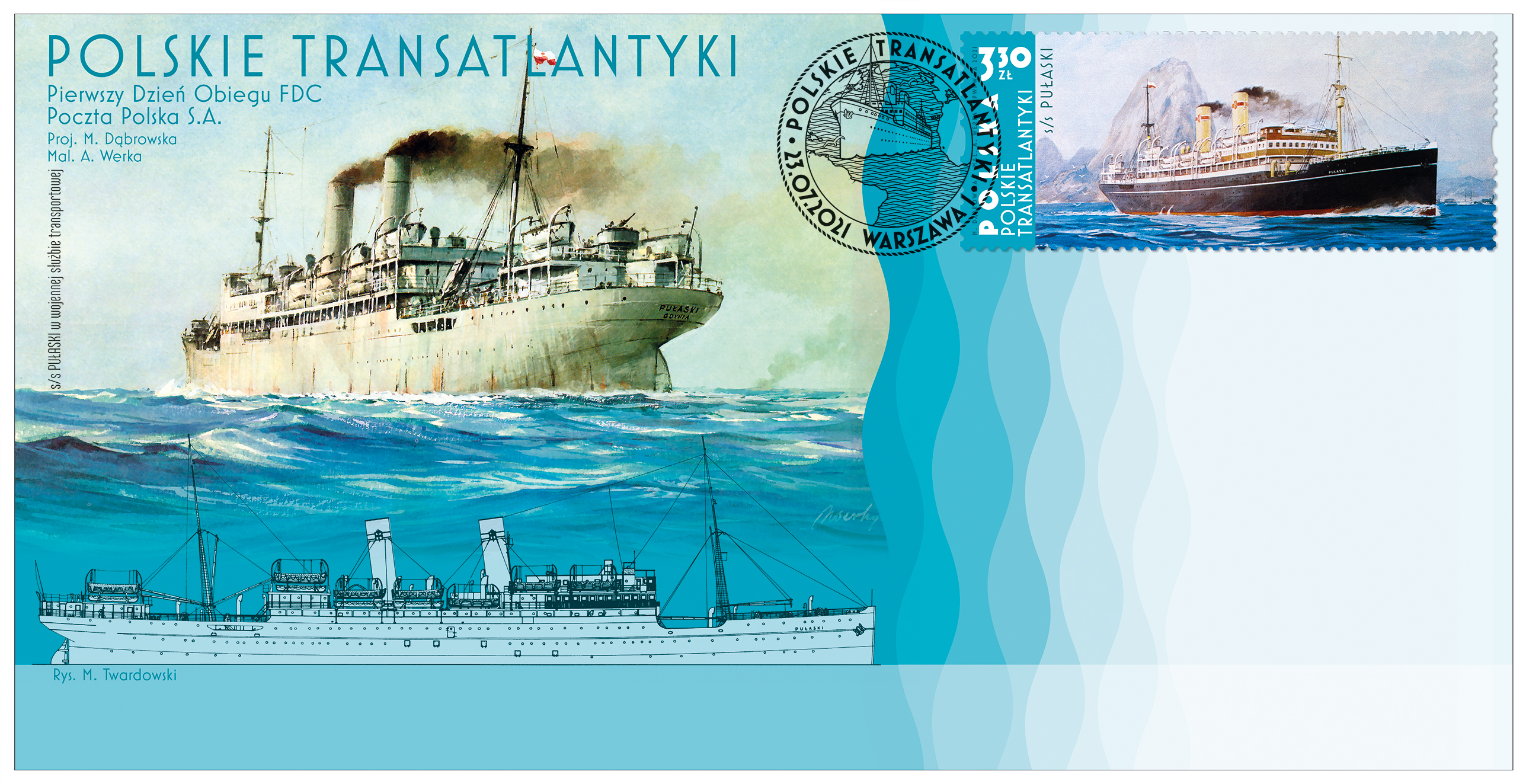 The SS Pułaski carried the Polish team to the 1932 Olympics and also played a heroic role in rescuing 102 passengers from a burning liner.poczta-polska.pl

Sent to Britain just days before the first shots of WWII were fired, the SS Kościuszko took part in a variety of military missions including the Sicilian landings. Sold to the Brits in 1946, it was promptly renamed the Empire Helford before being scrapped in Blyth in 1950.

The last of the featured triumvirate was by no means less important. Entering service in 1912, what was initially called the Car (then later the Estonia and, eventually, the SS Pułaski), it had a dramatic start to its life after it was hailed for its heroic role in rescuing 102 passengers from a British liner, the Volturno, after it caught fire in the North Atlantic. 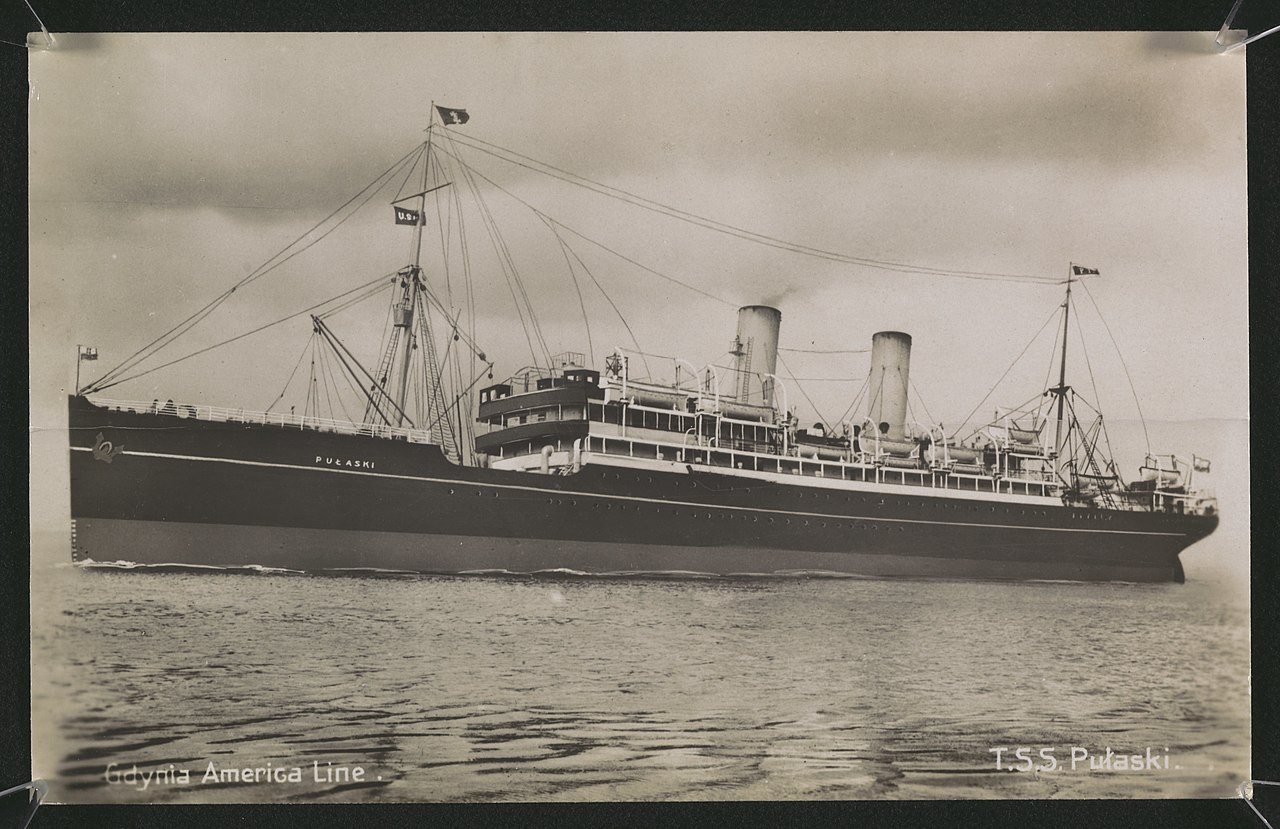 Pictured before the war, later it assisted in carrying Polish troops from Hungary and Romania so that they could continue the fight in France.Public domain

Carrying the Polish team to the 1932 Olympics in Los Angeles, it later distinguished itself as a reliable carrier on routes to Buenos Aires, however, it was its wartime role that truly stood out.

Helping in the daring operation to transport Polish troops trapped in Hungary and Romania to France, it was finally interred in Conakry in 1941 where it dramatically ‘escaped’ port while under fire from coastal batteries. 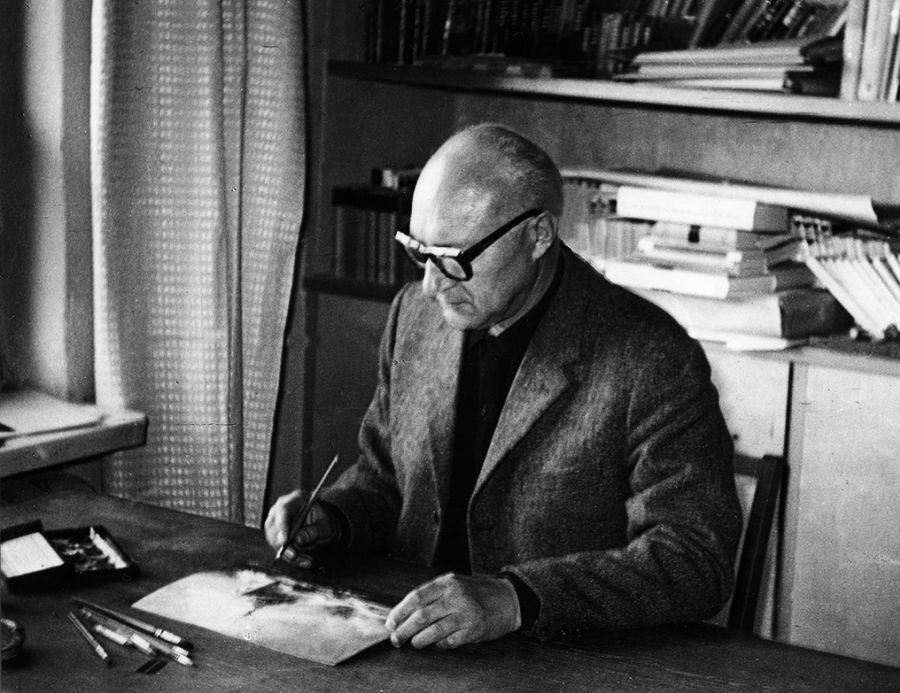 The late Adam Werka was the artist behind the actual paintings of the three boats.muzeummmw.pl

After, it operated mainly in the Indian Ocean serving in the Asian theatre of war. Docked in Mumbai in 1944, an explosion on a nearby ship carrying munitions sank nearby nine ships and killed 1,500 people, but the Pułaski somehow survived, with its crew recording only the most superficial of damage – one broken basin and a single cracked mirror.

Handed over to the British Ministry of Transport in 1946, it enjoyed a brief second life as the Empire Penryn before its scrapping in 1949.

For all three, it was an ignominious end. Largely financed by Maria Romanova, a princess that helped fund their construction through the sale of her jewellery, the three boats (and a sister vessel that never sailed under the Polish banner) were often nicknamed ‘the Princess’s Jewels’ on account of their shared early background. 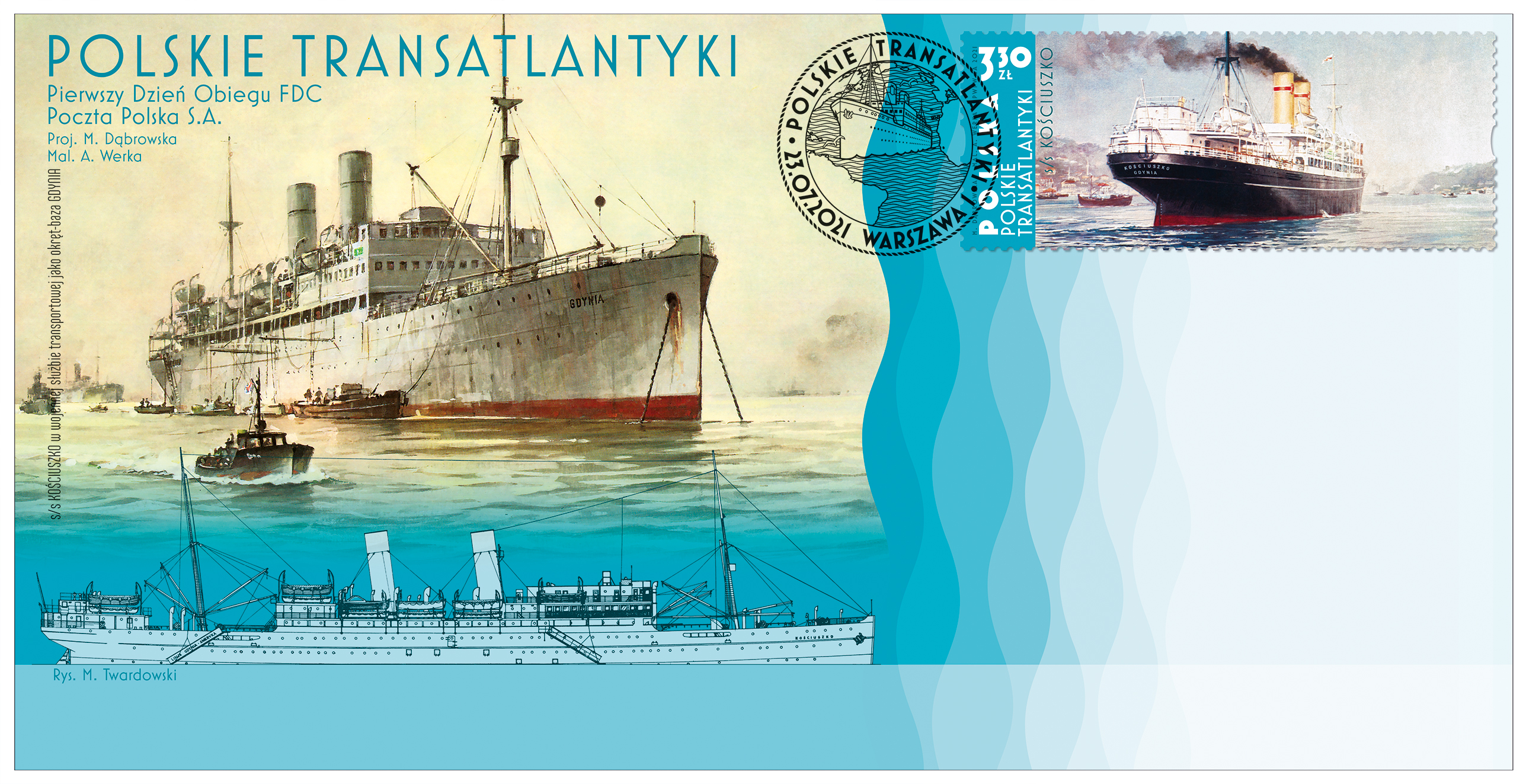 Werka’s pictures have been complimented by illustrations sketched by Marek Twardowski showing the vessels as they would have appeared in wartime.poczta-polska.pl

But despite their slide from grace, their sheer splendour has been beautifully captured in this new set of stamps.

Though designed by Marzanna Dąbrowska, much credit has also been rightly given to the late Adam Werka, the artist behind the actual paintings of the three boats.

Prolific in his output, Werka – who died in Warsaw in 2000 – is considered one of the country’s finest ever marine artists, and his elaborate pictures have been complimented by illustrations sketched by Marek Twardowski showing the vessels as they would have appeared in wartime.