Even in a genre defined by its outrageous, and often heart-breaking twists of tragedy and fortune, a new book recounting one Jewish family’s daring escape from wartime Poland has left both the general public and critics enthralled.

Published at the start of November, The Freedom Circus by Melbourne-based author and journalist Sue Smethurst recounts the story of her grandparents-in-law, Mindla and Kubush Horowitz, and their epic journey from Warsaw to Australia via the Soviet Union, the Middle East and Africa.

Already established as a prolific author, Smethurst’s latest project has quickly won widespread acclaim despite originally being born from little more than a private yearning to record the family’s story for the sake of posterity.

Marrying into the Horowitz family after meeting their grandson, Ralph, Smethurst found herself increasingly fascinated by the scant bits of knowledge she was able to glean about their background. 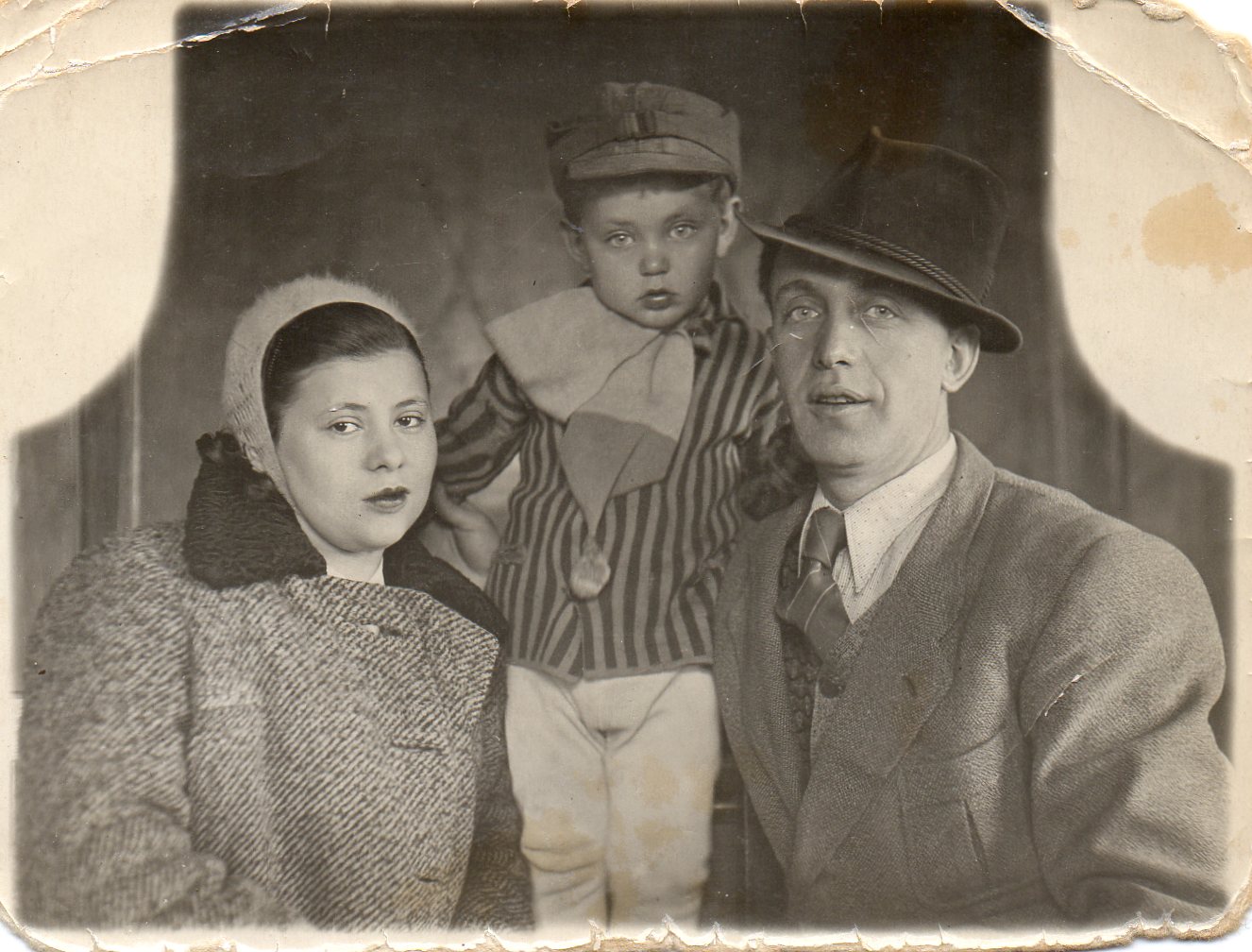 Pictured in Moscow in 1941, this is the only image that survives of the Horowitz family during the war.Press materials

“Deep down I always knew their story was something special,” Smethurst tells TFN. “Growing up in Australia, I’d never heard anything like it and as I learned more bits and pieces about them it both intrigued and amazed me.”

The process, however, was by no means straight-forward.

“By the time I married Ralph, Kubush had already passed on and it was pretty much accepted in the family that Nanna Mindla didn’t like dredging up the past,” says Smethurst. “Her attitude was that ‘no good could come through looking back’.”

Not to be discouraged, Smethurst persisted in her gentle probing and was able to finally coax Mindla into revealing the full extent of her story. 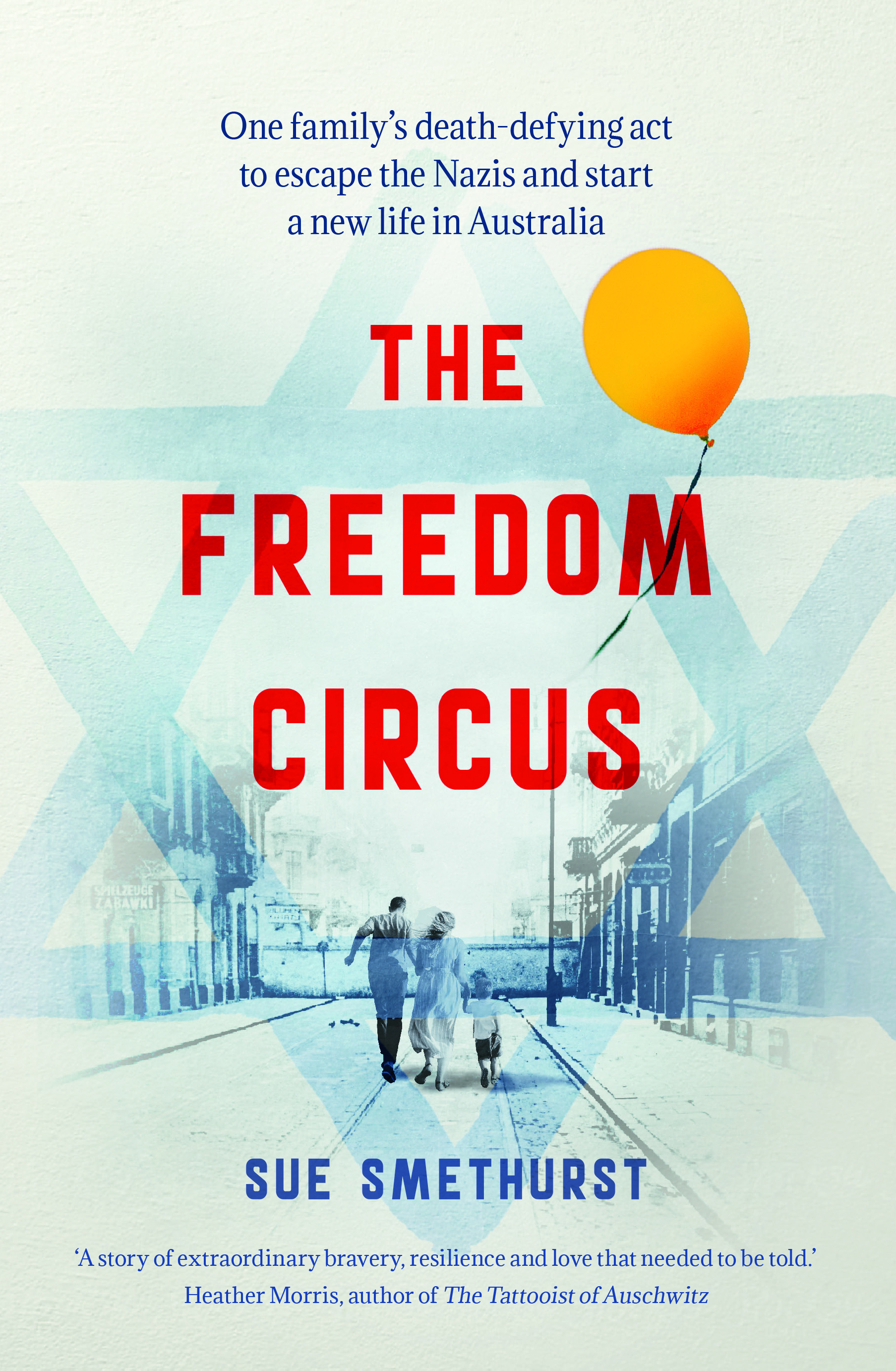 Published at the start of November, The Freedom Circus has been met with widespread acclaim by both the public and critics.Press materials

Taping her interviews in a nursing home, often whilst Mindla painted her nails in vivid, vibrant colours, snacked on slices of her favourite cake or delved through tins of black-and-white photographs, Smethurst was able to gain a unique insight into her past.

“She just didn’t think her story was anything special,” says Smethurst. “The first time I sat down to tape her recollections she looked around the nursing home, pointing out other Holocaust survivors, and simply asked, ‘why is my story more special than anyone else in here?’.”

As it transpired, this modesty masked an extraordinary tale. 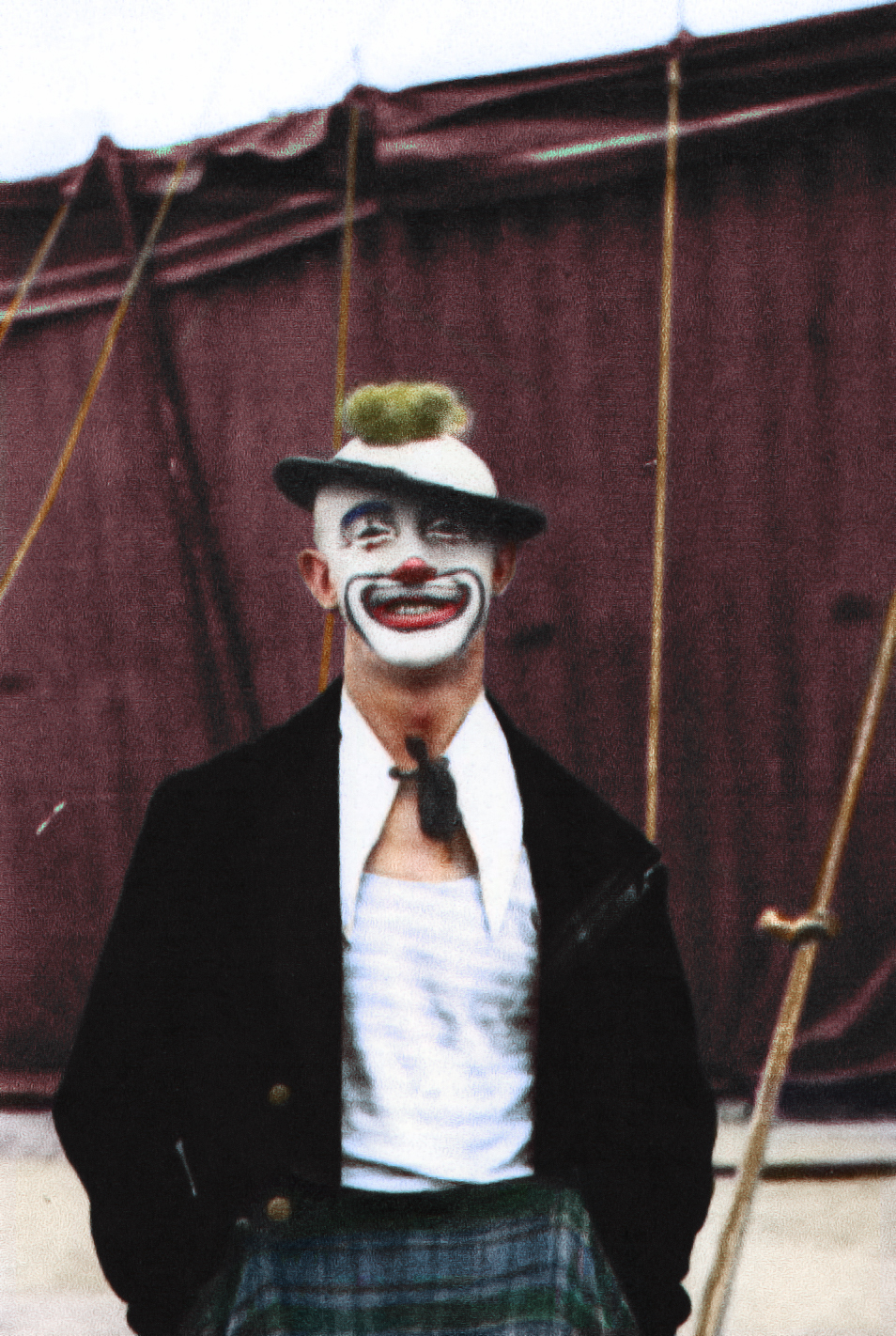 Photographed in pre-war Kraków (and colourized by Brazilian artist Marina Amaral), Horowitz later utilized his circus fame to escape the clutches of the Nazis.Press materials

Meeting by chance on the streets of Warsaw in the winter of 1936, Mindla and Kubush began courting and, in spite of the reservations of Mindla’s parents, they married soon after.

The apprehension of Mindla’s parents was understandable. Working as a clown, Kubush’s chosen career path was far removed from the kind of profession traditionally approved of by aspirational in-laws.

Nonetheless, Kubush was no backstreet performer. Employed by the famous Staniewski Circus, Horowitz enjoyed an enviable reputation that extended beyond the city’s borders.

“The Staniewski Circus was a sensory explosion of colour, glamour and humour,” says Smethurst. “Their building on ul. Ordynacka in Warsaw was incredibly opulent and a magnet for the wealthy and powerful – it was very much the place to see and be seen in. And as for the entertainment, that was first class: the finest that money could buy.” 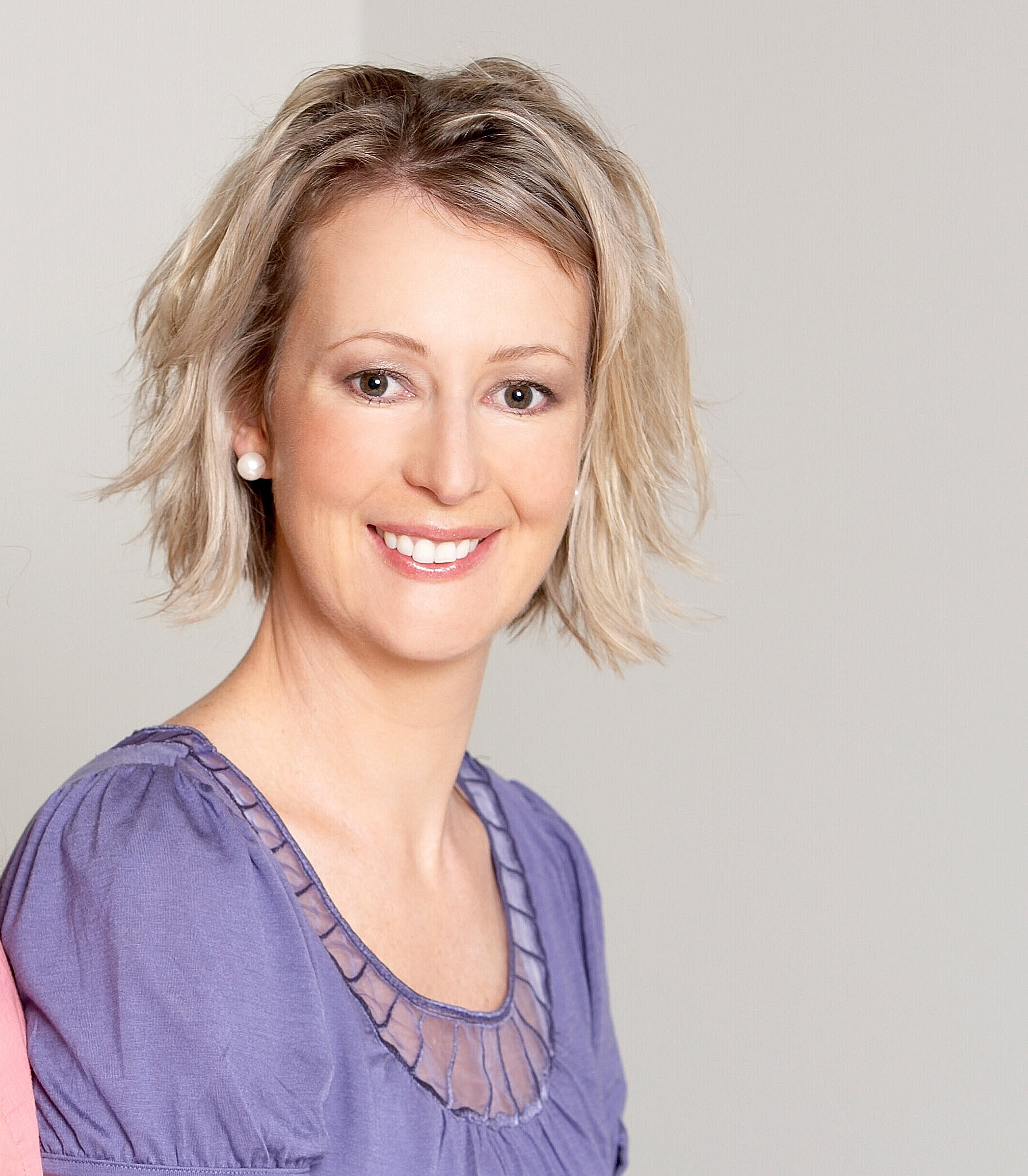 “Deep down I always knew their story was something special,” says author Sue Smethurst.Press materials

All normality, though, was shattered in September, 1939, when Hitler’s war machine ripped through Poland. Fleeing Warsaw with Gad, their young son, Mindla set off to Białystok in an attempt to find Kubush who had been touring in the city only to find the circus had already packed-up and returned to Warsaw.

Separated from her son and held in harrowing conditions in an NKVD prison, from there Mindla’s story plunges through a series of calamities with the family only eventually reunited thanks to the concerted efforts of Kubush and his circus friend Faivel Ditkowski, a chain-smoking dwarf capable of swearing in a variety of languages.

Saved numerous times by Kubush’s circus fame and connections, a roller-coaster of thrills follow as the family averts persecution by the Nazis to end up in the deepest depths of the Soviet Union. At one point ending up in Uganda, in a makeshift Polish village teeming with over 2,000 other exiles, the family finally made it to Australian in 1949 where Kubush was able to relaunch his career as Sloppo the Clown on The Tarax Show.

“It was a wildly popular show,” says Smethurst. “Families and children would set their clocks to gather around the TV to watch it in black and white. The performers became huge stars; at one public appearance that they made, over 30,000 fans turned up.” 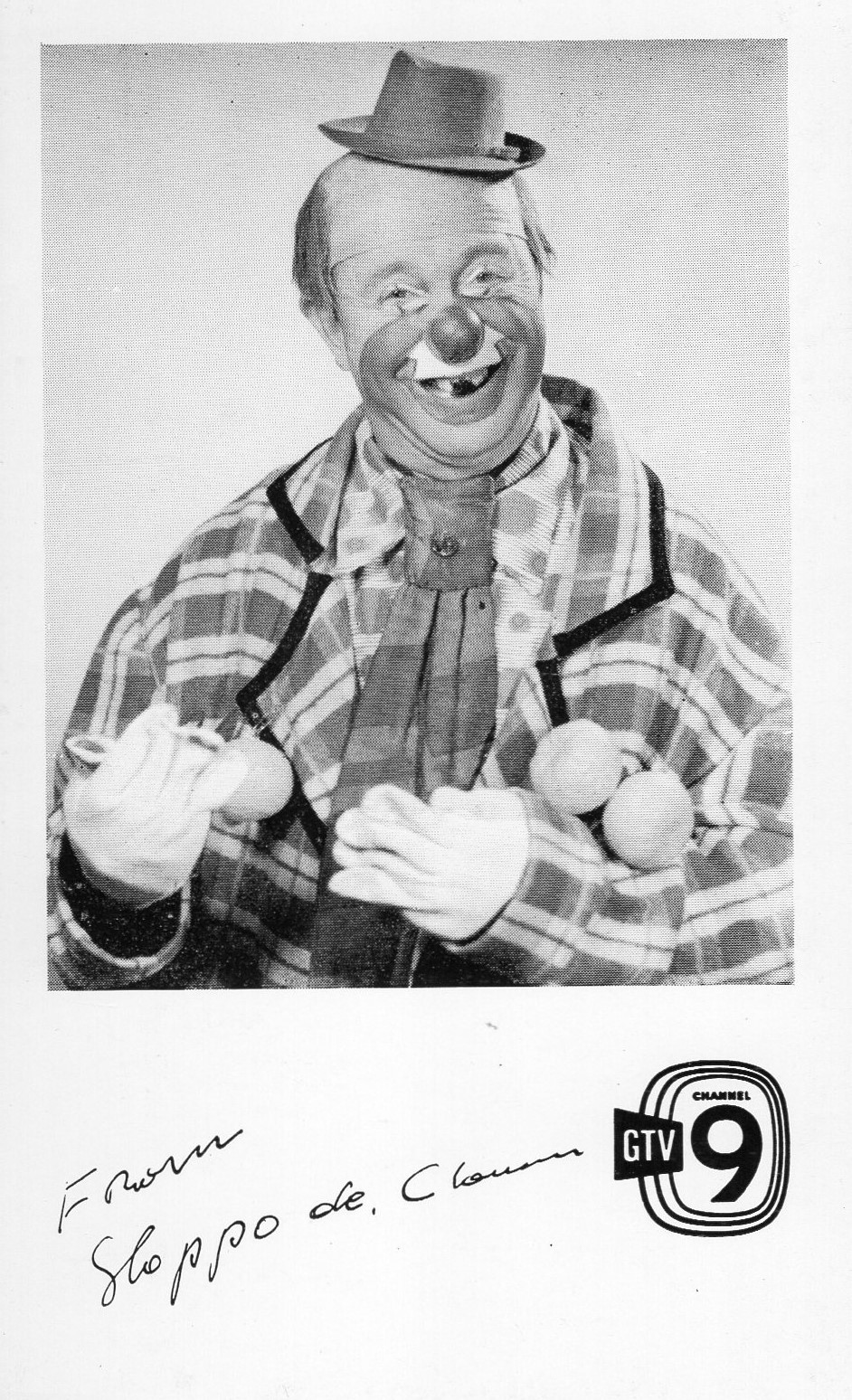 Horowitz later enjoyed huge fame in Australia as Sloppo the Clown on The Tarax Show.Press materials

While powerful and often inspiring, Mindla’s family story is also heavily laced with tragedy: having lost much of her family in the gas chambers of Treblinka, she died in 2015 under the impression that only her sister had survived.

However, Smethurst’s research uncovered a string of family bombshells, not least that Mindla’s two brothers had also survived the Holocaust and had spent the last few years of their lives living 40-minutes away from each other in Israel without ever knowing.

Speaking of her research trip to Poland, conducted towards the tail end of the writing process, Smethurst is emphatic in her appraisal.

“The trip was integral to the book,” she says. “Absolutely vital. We followed in the footsteps of Ralph’s grandparents, visiting the prison in Białystok – which really hasn’t changed all that much – as well as places such as the Circus School in Julinek where we found old photos of his grandfather performing in his younger years and circus programmes. 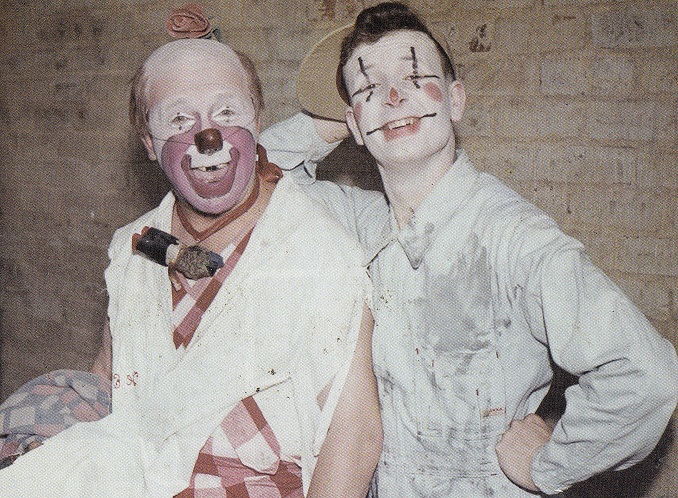 “All of that detail added a richness to my understanding and allowed me to understand the scale and scope of the streets they walked and the places they lived. Everything about Warsaw shook me, but I also loved being there. It was wonderful to make such a connection to Poland and if anything, it highlighted just how much more I need to see and learn on the next trip I make.”

Certainly, another trip looks likely given not just early demand for a follow-up, but also the number of unanswered questions that have presented themselves to the author.

“The research was a completely immersive experience,” says Smethurst. “The more I learned, the more I realized how much I didn’t know. There’s still so many stories, so many layers we truly don’ know. But it was a privilege to be so immersed in this story, and I still don’t feel like I’m finished yet.”

The Freedom Circus is published by Penguin and available internationally on Amazon.