The forgotten story of a WWII Polish spy who played a key role in the success of the Allies’ Operation D-Day has been brought to light following the release of declassified British Intelligence documents.

Initially spying for Poland, then Britain and then pretending to spy for Germany while instead working for the Allies, during his extraordinary undercover life Roman Czerniawski had not only been a secret agent, he had also been a double and triple agent. 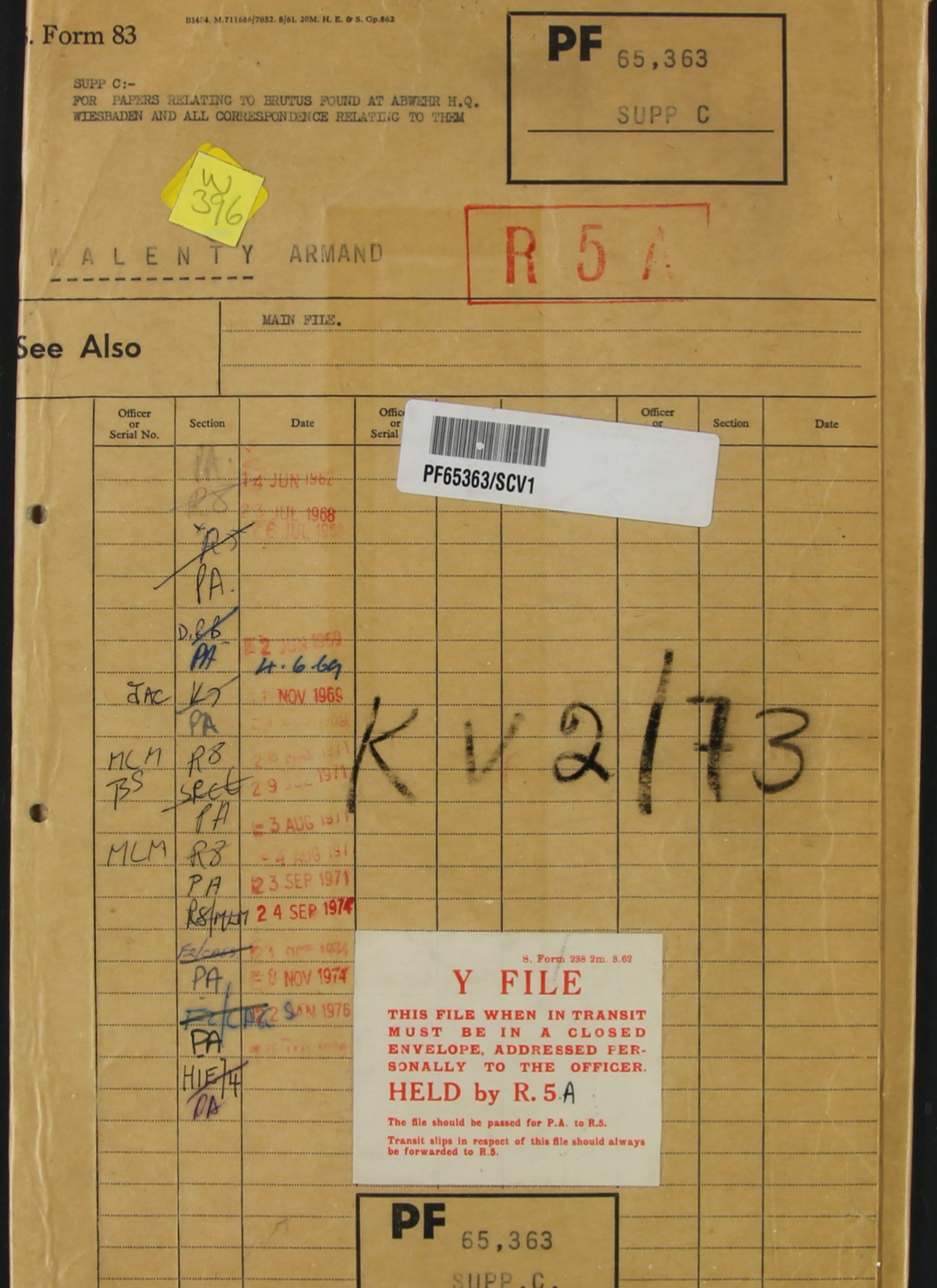 Documents released by MI5 are contained in a brown envelope entitled ‘Papers relating to BRUTUS found at Abwehr H.Q.’ One of Czerniawski’s other pseudonyms ‘Walenty Armand; is printed below. Crown copyright

Recruited by the British Security Service, MI5, Czerniawski was given the pseudonym ‘Brutus’ as the organisation was at first concerned he may stab them in the back.

He was later given other pseudonyms, Walenty, Armand, and Hubert. 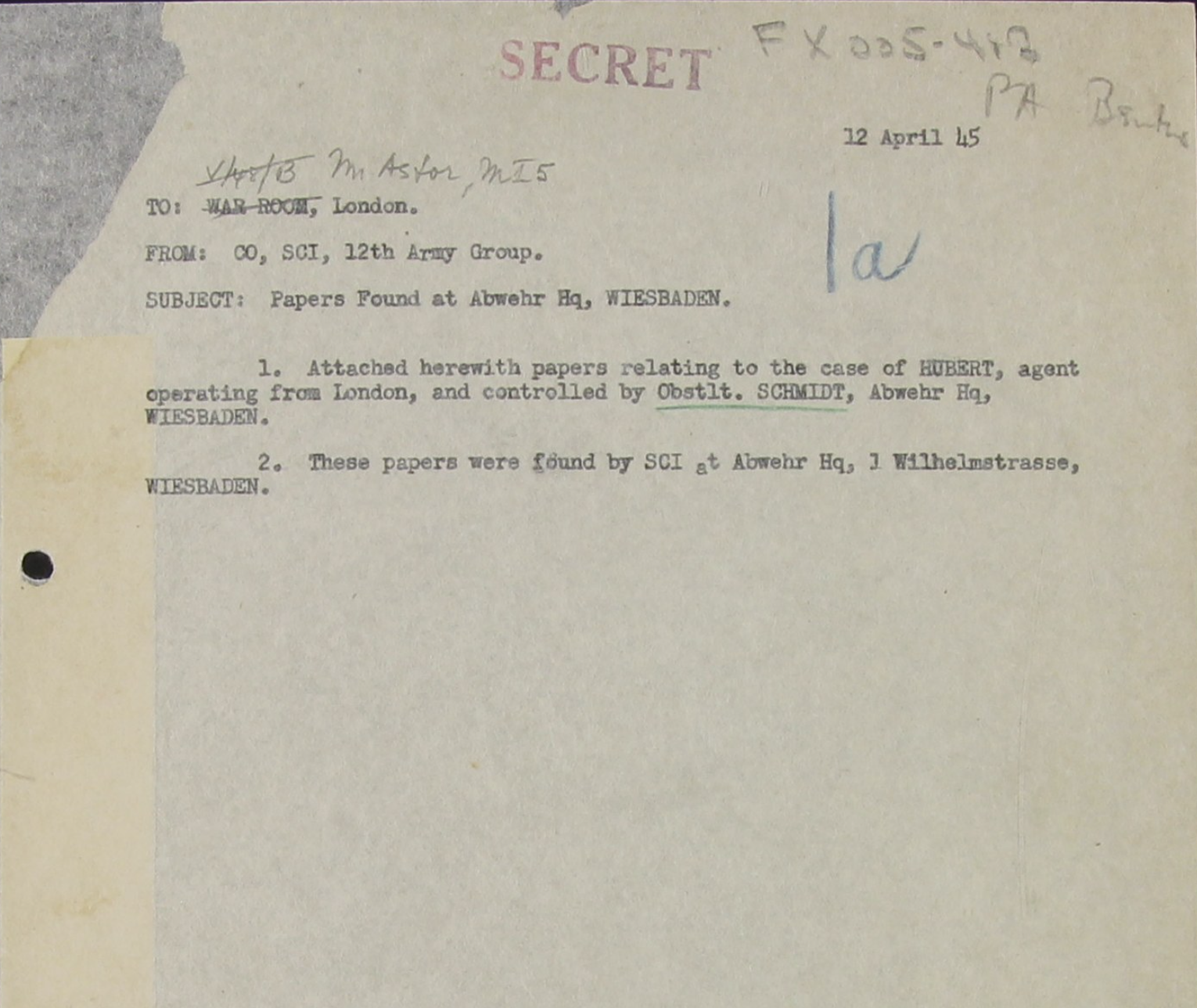 One document marked ‘Secret’ and dated April 1945, shows that the British had got hold of German intelligence documents relating to their prized spy.Crown copyright

Before arriving in Britain, Czerniawski had been an officer in the Polish Air Force and after the German invasion of Poland, escaped to France where he set up an Allied espionage network in 1940 known as Interallié.

This would eventually become the largest espionage grouping in occupied France, with recently declassified files revealing the large scale and range of activities carried out by the network. 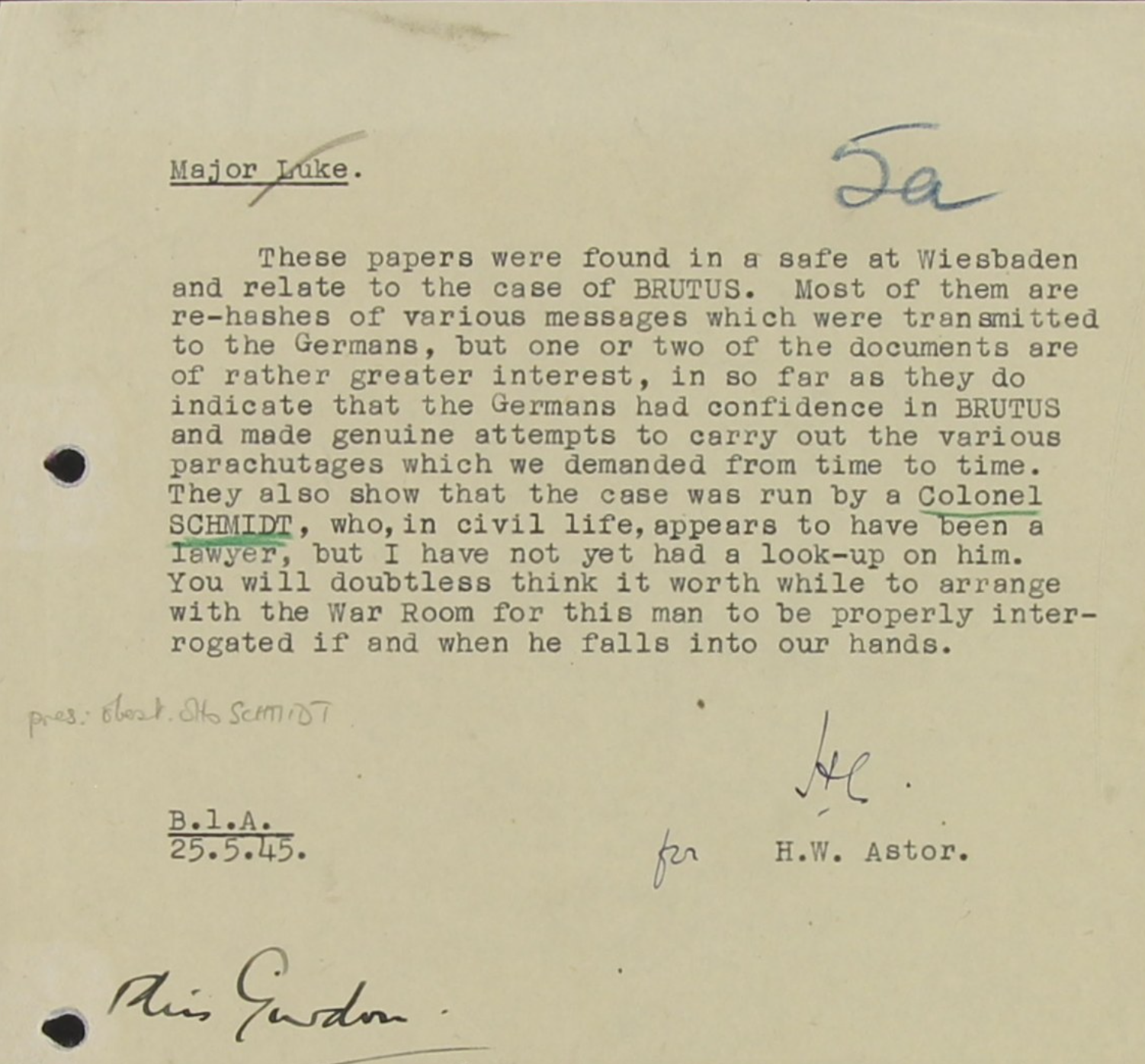 Another document reports that the Germans ‘had confidence in BRUTUS’.Crown copyright

Czerniawski’s aim as head of the network was to give the Allies as complete as possible a picture of German military movements and operations in France. The newly declassified files show that some reports written by Interallié spies were 400 pages long, included maps and were sometimes smuggled out of France by being photographed and carried in undeveloped film.

In November 1941, Czerniawski was arrested by the Abwehr, the German military intelligence service of the Wehrmacht after he was betrayed by his Interallié co-worker Mathilde Carré. Made aware of the consequences to his own life and those of his family should he betray them, Czerniawski agreed to collaborate with the Germans in order to save members of his Interallié network. 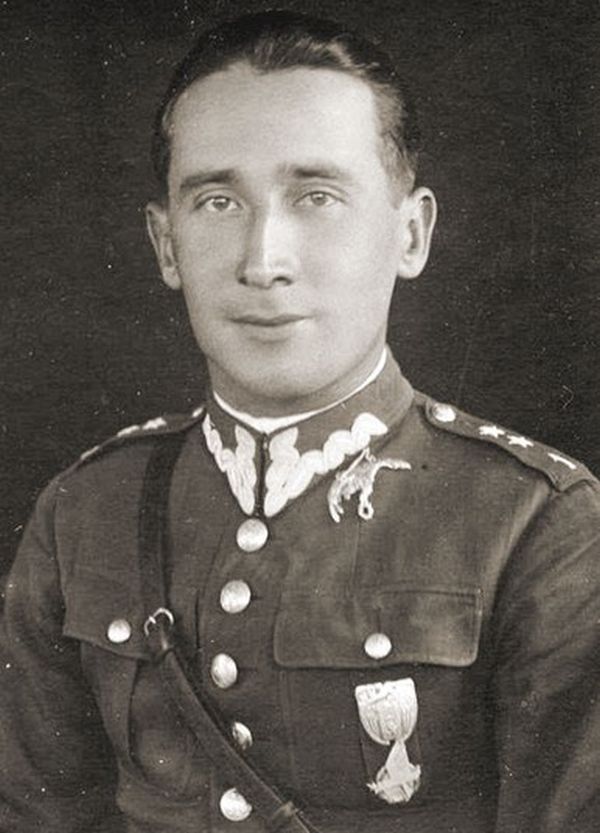 Czerniawski has been called a ‘silent hero of WWII’.Public domain

By pretending to collaborate, he also saw the opportunity to offer his services to the Allies when the Germans decided to send him to England as their spy.

Having gained their complete trust, which would later play a major part in his success for the Allies, Czerniawski arrived in the UK in 1942 where he was taken on by MI5. 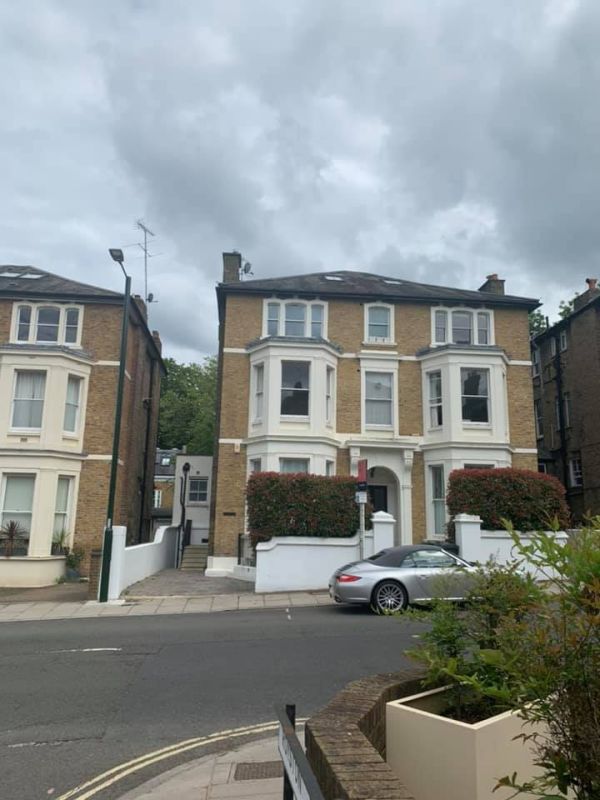 Working with a British radio operator under the pseudonym ‘Chopin’ from the attic of a residential address in Richmond Hill opposite Richmond Park in London, Czerniawski communicated false reports to the Germans about where the D-Day landings would take place, leading them to believe the main target was to be the area around Calais.Tomasz Muskus

One recently declassified file shows an intercepted German message decoded at Bletchley Park which reads “The Germans have full confidence in Brutus.”

Working for MI5 as Agent Brutus, Czerniawski’s greatest wartime contribution was his work as part of Operation Fortitude, an Allied intelligence operation intended at misleading the German High Command about the location of the D-Day invasion. 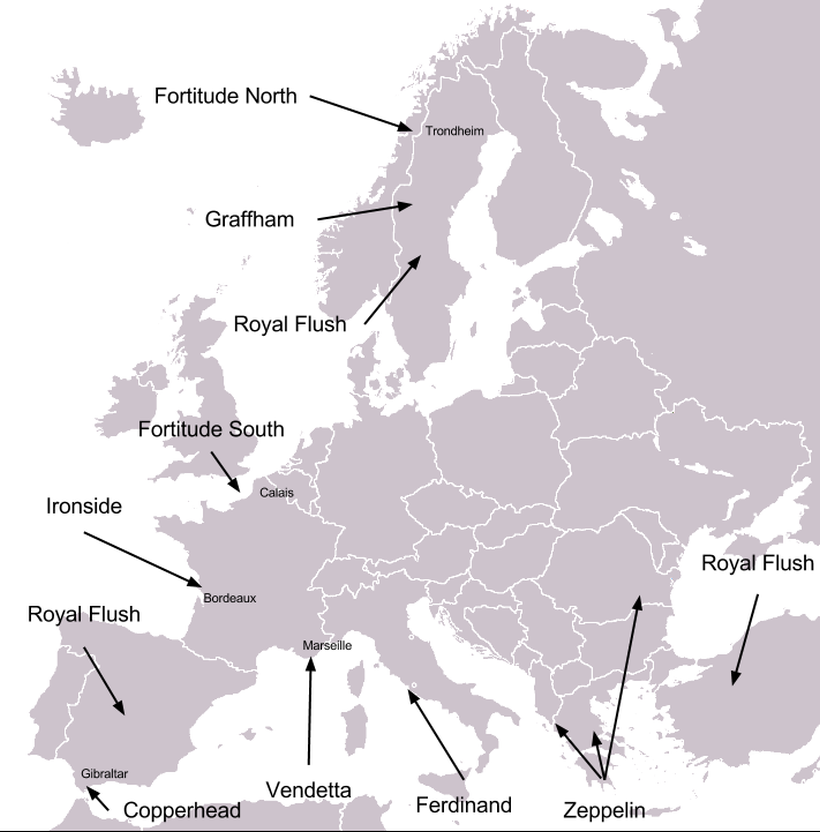 Operation Fortitude was the code name for a deception strategy during the build up to the D-Day landings. ErrantX/CC BY-SA 3.0

Working together with a British radio operator under the pseudonym ‘Chopin’ from the attic of a residential address in Richmond Hill opposite Richmond Park in London, Czerniawski communicated false reports to the Germans about where the D-Day landings would take place, leading them to believe the main target was to be the area around Calais.

The deceptive operation was a resounding success, as the Germans believed to the very end that the main attack from the Allies would be at Calais, and even after the Normandy landings had taken place, this belief was still held for several weeks, with the German army maintaining strong reserves at Calais in anticipation of a further Allied attack. 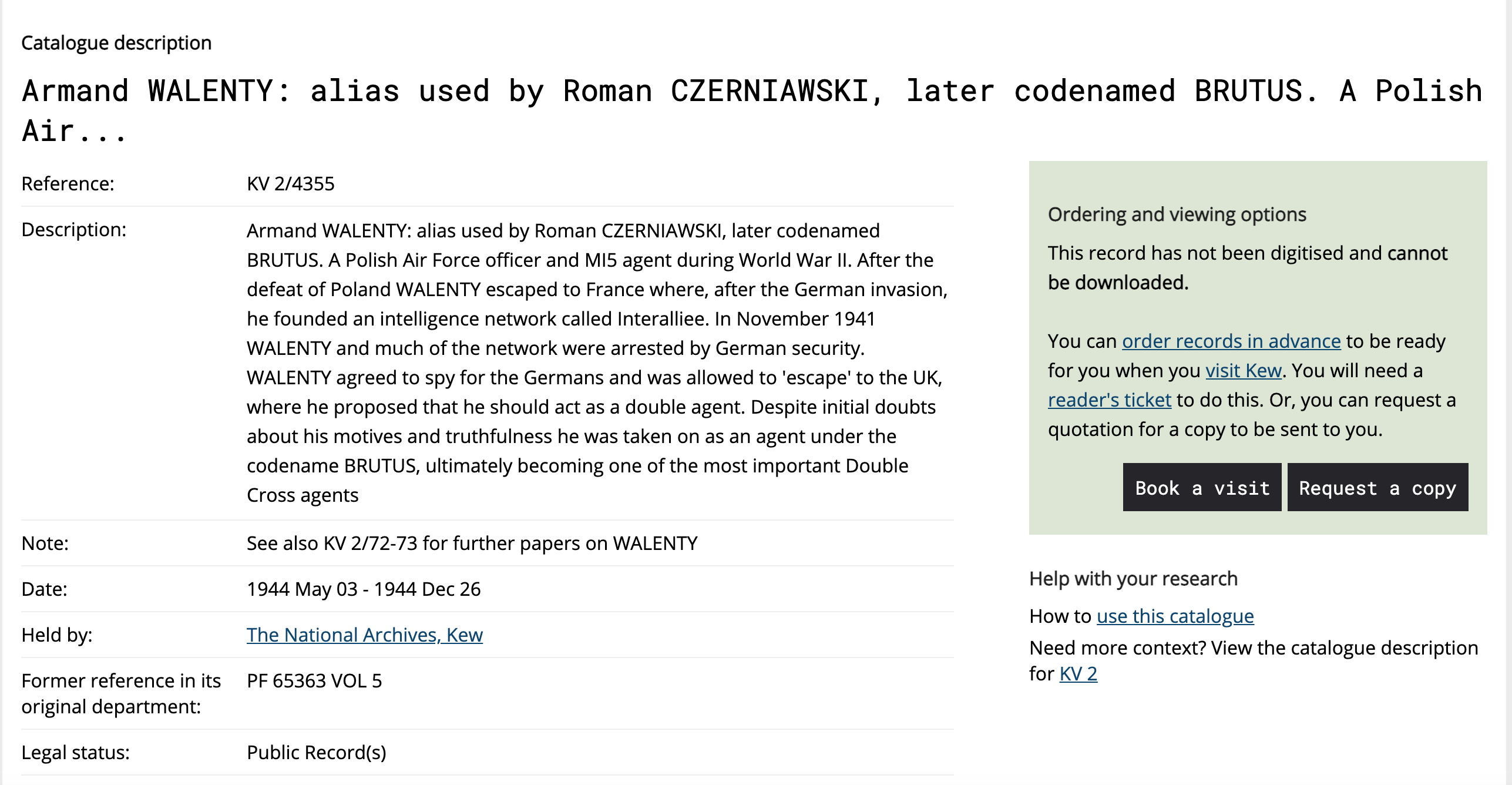 This misarrangement of German forces was of critical importance in later successes as part of Operation Overlord.

After the war, Czerniawski lived a quiet life with his wife in London and wrote a book about his experiences in 1961 entitled ‘The Big Network’. 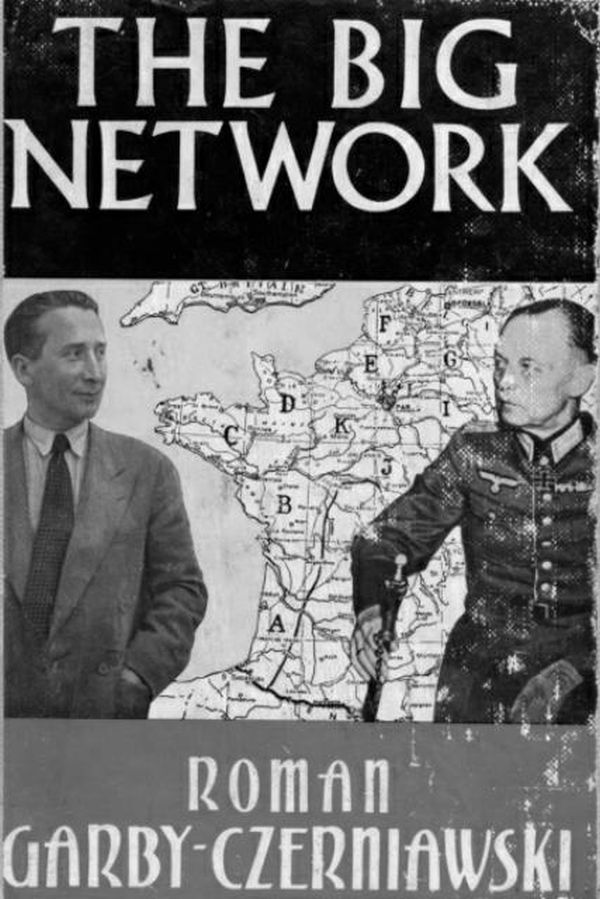 After the war, Czerniawski lived a quiet life with his wife in London and wrote a book about his experiences in 1961 entitled ‘The Big Network’.Fair use

Though his wartime efforts were recognised by the Polish Government in Exile who awarded him the Virtuti Militari order in 1941 and after the war he was secretly appointed an OBE by the Queen, by the time he died in 1985, his heroics had been forgotten and he was virtually unknown. 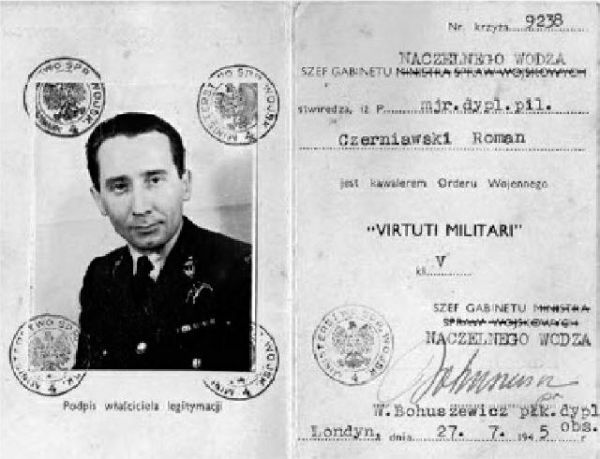 Though his wartime efforts were recognised by the Polish Government in Exile who awarded him the Virtuti Militari order in 1941 and after the war he was secretly appointed an OBE by the Queen, he lived alone in his later years.Ben McIntyre’s book Double Cross/ Fair Use

“He is not so well remembered in Poland as he is in Britain, but he is someone very worthy of our memory and he should be remembered.”